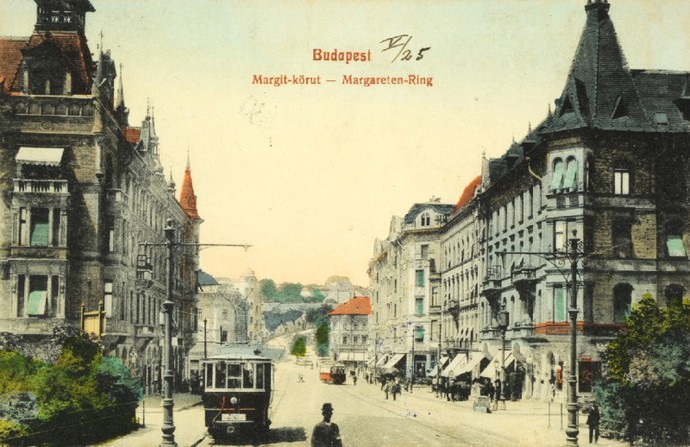 The Budapest antiques street name is Falk Miksa and extends from the Parliament building to the Andrassy Boulevard. There they have two dozen of antique shops and largest Auction house Nagyházi Galéria és Aukcióház since 1984.

"The Golden Age" of Budapest is dated of the second half of the XIXth C. The second capital of Austria-Hungary florished quicklier due to its beauty and richness and the land was getting more and more solemn and was about to celebrate thousandth anniversary of the state. From this time there remain large avenues, the first on the mainland, the underground and numberless lands and every is almost like Hermitage Museum in St. Petersburg.

After the World War, destruction and division of the country everything was over. The sun of the state set and the time stopped. And all the left material world with all the architecture ahead got the status of the national value keeping the memory of the rich past of the state. Since then here everybody worships old objects. The interiors of the expensive restaurants and clubs and layers' offices are embellished with antiques.

At the auction: There offer paintings, furniture, porcelain, silverware. Everything is authentic, studied and attributed with special provenance and official export documents. For 240 euro there was sold a jug for hot chocolate of the Royal Dresden China. Not sold. A silvered little vase for honey of the Napoleon epoch with a reclined top and glass walls supposed to be sold for 130 euro.  It was bought for 230 euro.

But here the main role belongs to the Austria-Hungary period when this dualistic Danube Empire was ruled by Emperor Franz Josef and the Empress Elizabeth when occasion offered left ceremonious Vienna for jolly Budapest sake, pair of nice little porcelain statuettes (the lady and the lord with a little dog) were valued for 190 euro. Two-leveled walnut bureau with pull-out drawers (excluding hidden ones) absolutely safe and sound - just right now take a sit and write -cost 3160 euro. The silverware set for 6 persons: spoons with monograms big and small ones and middle ones, two types of knives and forks, soup ladle and jelly drink spoon and other elegant little things, total amount 980 euro.

Examining all these antique items (by the way they are all in good condition) it is high time to remember that Hungary has lost two World Wars, came through some revolutions and for fourty years it was a state of socialism. How under these consitions there remain all these vases and spoons is one of the main Budapest puzzles. But the thing that this layer of the material culture, above all of the XIX-XXth C, is large by its weight this is a fact. And now in the depths of Budapestare hidden little shops under the signboards "Regisheg" with an absolutely unpredictable assortment. Even if the owners do not speak English and do not post their galleries in the internet (advertising or PR decisions) they are ready to bury themselves into the piles of different and simply old antiques.

Porcelain soop tureen and bronze menorah. Clocks in the shape of a birdcage where the tiny goldfinch jumps and by the hits of the nib marks every second. Wrapped a stout piece of cord packs of old pictures and certificates of all the political groups marked in the state history in the unquiet XXth C. Turkish powder horn of the battle of Buda of 1686. The fan and the lornette with mother-of-pearl inserts (Like Princess Elizabeth of Austria!). Plastic glasses, necklaces ad clips that are really enough for the whole cast of the film about 60s, coffee pots, walking sticks and earrings and rings and Heaven knows that you can see in an old carved trunk that still in the angle since Budapest celebrated the thousand's anniversary.

The prices in these "antique stores" are substantial ones but only if you count them in forints. If we convert them into euro we will get two zero minus and it is absolutely uncoherent with marketing. These units are more intresting for the numismatist.

Hungarian forints inspite of being on the run are of little notice all over the world. But in Budapest antique shops one can find pengő - denomination used from 1927 to 1946. From the numismatist point of view they are real master pieces moreover if they are of rare denominations in 3 billion  pengő. They are an absolute rarity but in antiques shops you can find million and milliard denomination you can find them.

That is in the spirit of the city to take care of a coin and every little thing and give to the things the second and more third life. In August you can take a run here in a real antique tram declared as 1912 year manufacture with wooden seats and bronze catches on the windows. And tdesign of the red mail-boxes on the figured legs standing in the streets has not changed since 1880s.

It would be queer if in a city like this there did not turn out to be so many interesting flea-merkets. The biggest one is in the outskirts. Firstly, your eye caches some curious items like old Soviet soldier helmets and metal signs with the names of the streets nearby. they remind book shelves in the library: Majakovszkij utcа, Nagymező utca in the same pile with number plates and old road signs.

Antique porcelain and glass items can tell you about the culture of the last centuries more than huge volumes. When impertubable busts of Lenin, Stalin and Franz Josef etc. share the shelf with shepherdesses and cupids and roses, it is getting clear that living history does not compare to what is described in the books.

From the other antique shops in the Falk Miksa this market is different with the width of assortment that accepts all kinds of art and from the "reggy-shaggy" antique shops - with the advantage of richness of furniture. Lady desks, Zinger sewing machines and barocco mirrors - that is just a small part. You need to dive in the deepest depth along the old carved coffee grinders, real duel pistols and typrwriters with original Hungarian keyboard including umlauts Ő, Ó, Ü, Ű, Á, É и Ö and along with an old table lamp with multicolored lamp shade in Art-Deco style and near something copper-bright with pinions... that is just an enormous antique market. And further along the bentwood chairs and lacy umbrellas and along the jars and shelves-stands...

Furniture pavilions have an unpretentious and modest aspect. Certainly you need to call on them just to exclaim and find yourself standing bertween Biedermeier boudoir and the bed with alcove coming from a castle. On your left you see an Empire sofa, a dozen of chairs and round coffee table on six legs and on your right a Viennese trumeau that mirroe reflects German chest of drawers of XVI century with a coat of arms from Nurenberg cost two millions forints.

Antique merket of Budapest is essential like sycamore on the embankments, like summer cafe little tables with tableclothes with a pattern of red and white squares. In Hungary love to old things is traditional and absolutely sincere.  For centuries citizens of Budapest have been taking care of tiled stoves, copper keys from their cellars and who knows who's picture hung on the wall by great grand-father.

The picture is not over. In the Budapest Western Railway Station the Royal Waiting room is still safe and sound.To this railway station there came Franz Josef from Vienna then the last Emperor Charles V to his last crowning.  When in 1921 he left the Western Railway Station The Royal Waiting room was locked after him. They closed the doors together with the chandeliers, mirrors and armchairs with velvet upholstery and on the curved gilded legs. And during the whole XXth century it remained undisturbed.

That is the personality of Budapest, a city where the beauty of the things was and will always be appreciated. 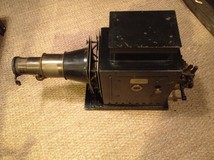 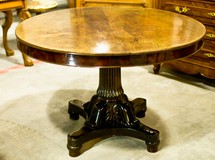 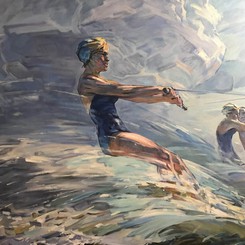