Hunting style and its attributes 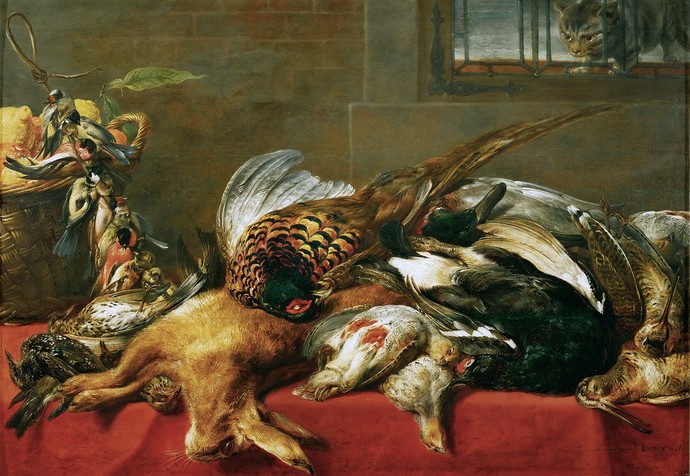 If you like hunting or plan to create an unusual design for your country house the hunting style is for you. So let us start now! ..

Hunting style rises from the tradition of hunting embellishment of castles and forest huts where lived the hunters. First the trophy heads of animals were the main decorations, then with these animals heads there started producing coat hangers like this one: 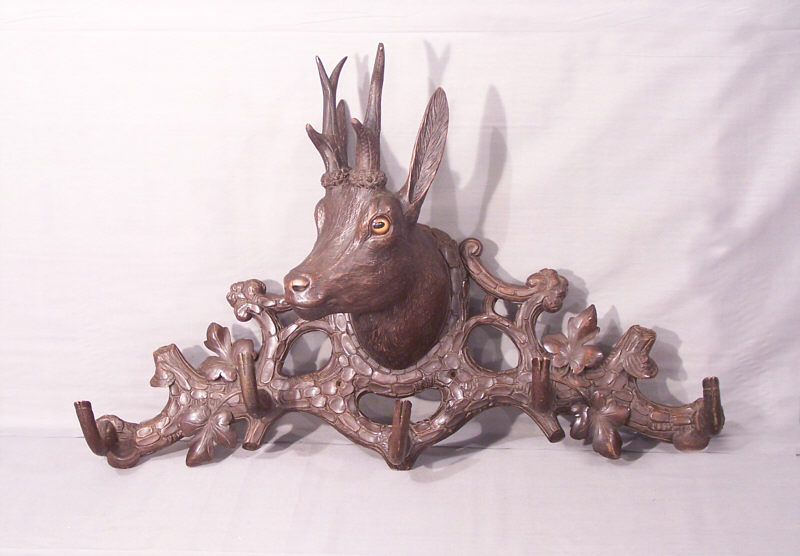 Then Hunting style elements emerged in furniture decoration as different hunting scenes on the cabinets, buffets and cupboards and panels: 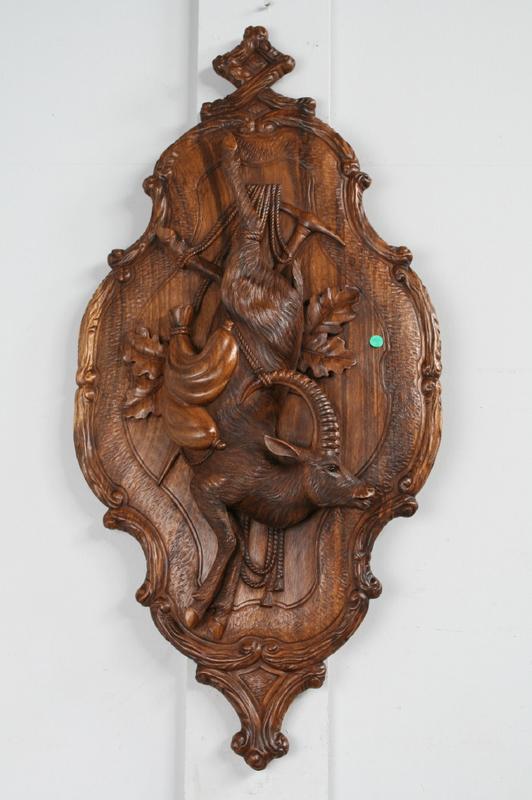 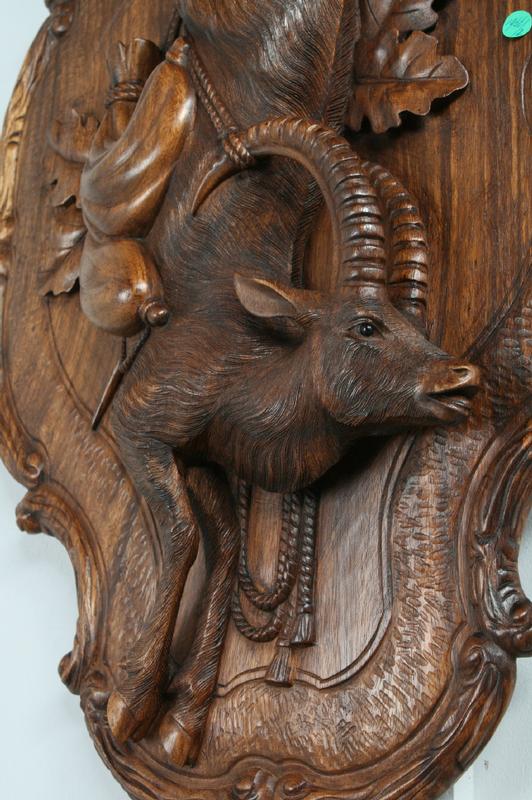 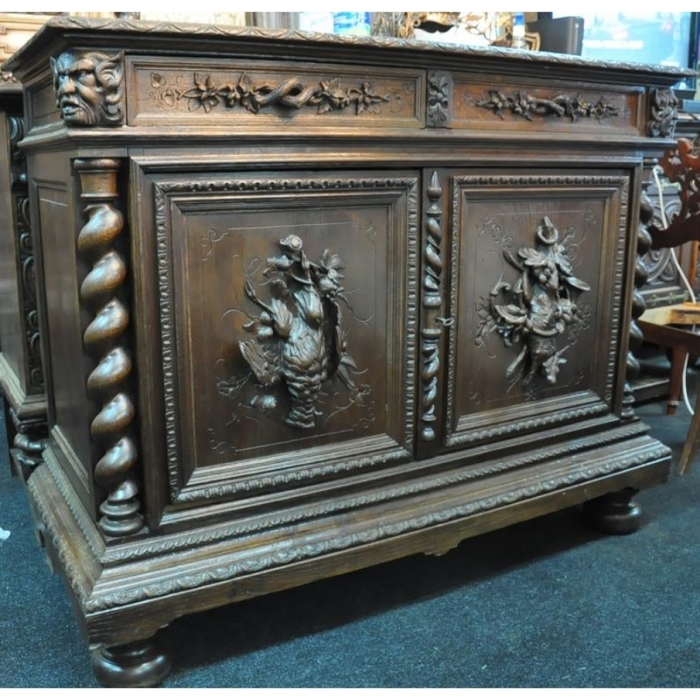 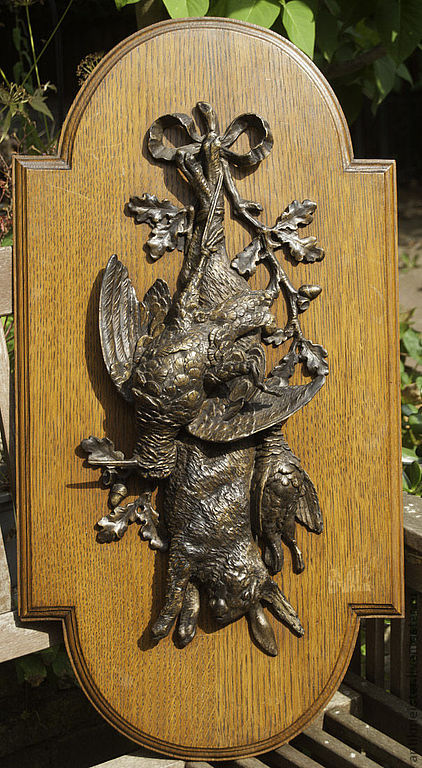 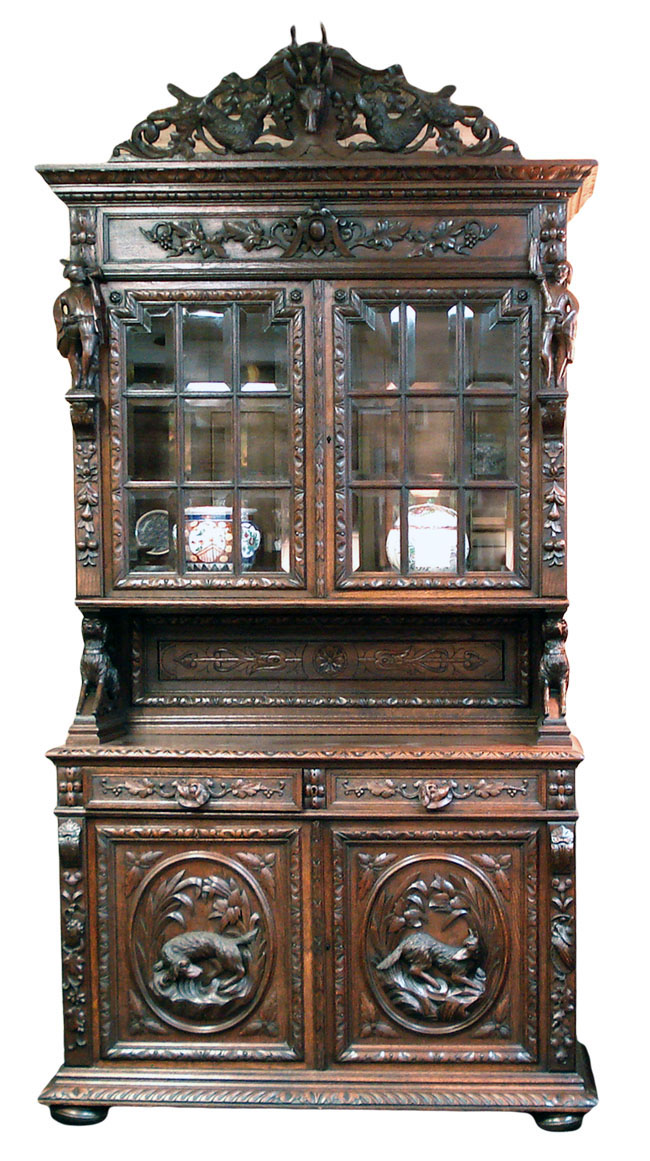 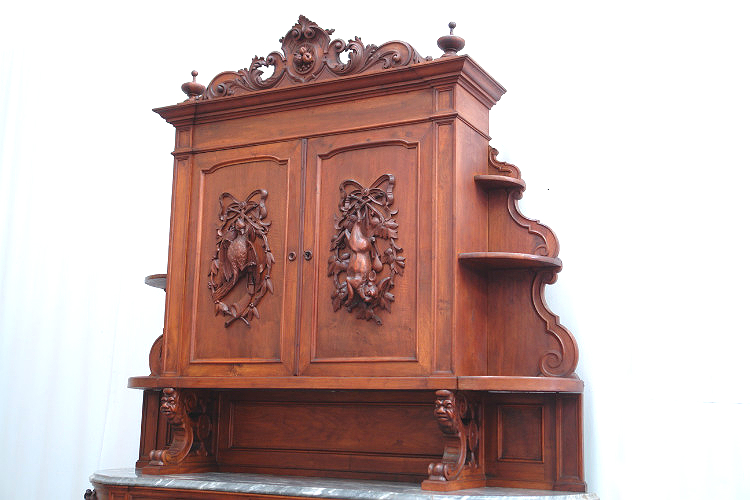 The Hunting style it's not only furniture but sculptures and paintings as well and they depict mainly animals that hunt or are hunted and wildfowl. So anyway the animals are an integral part of hunting style: 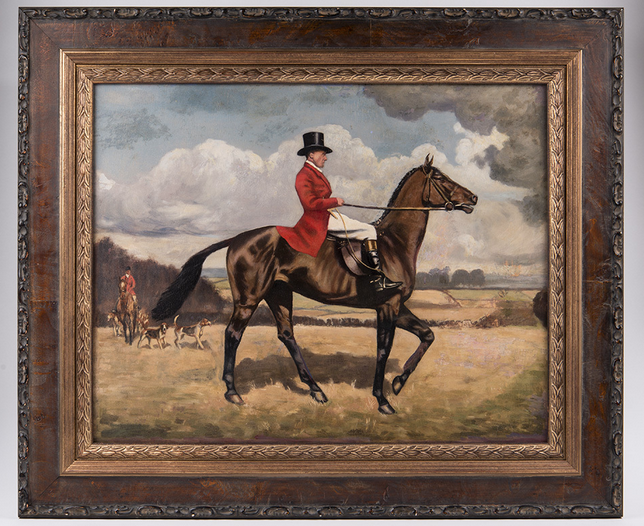 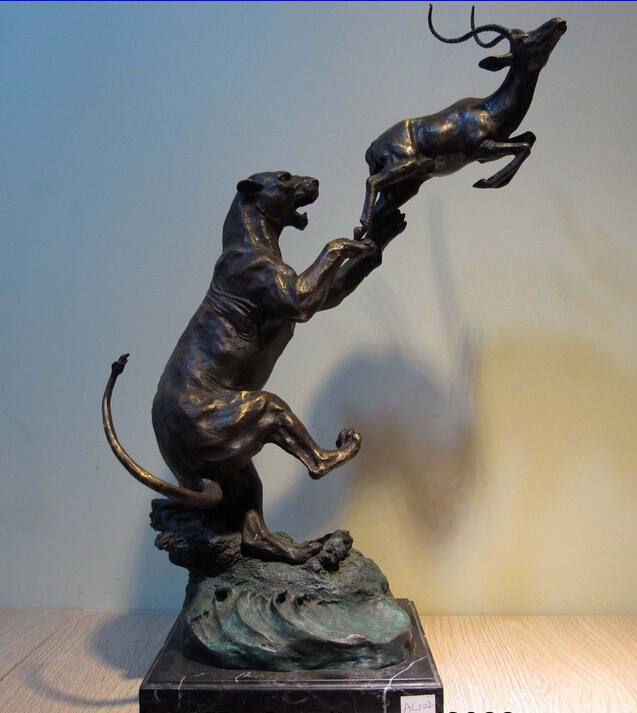 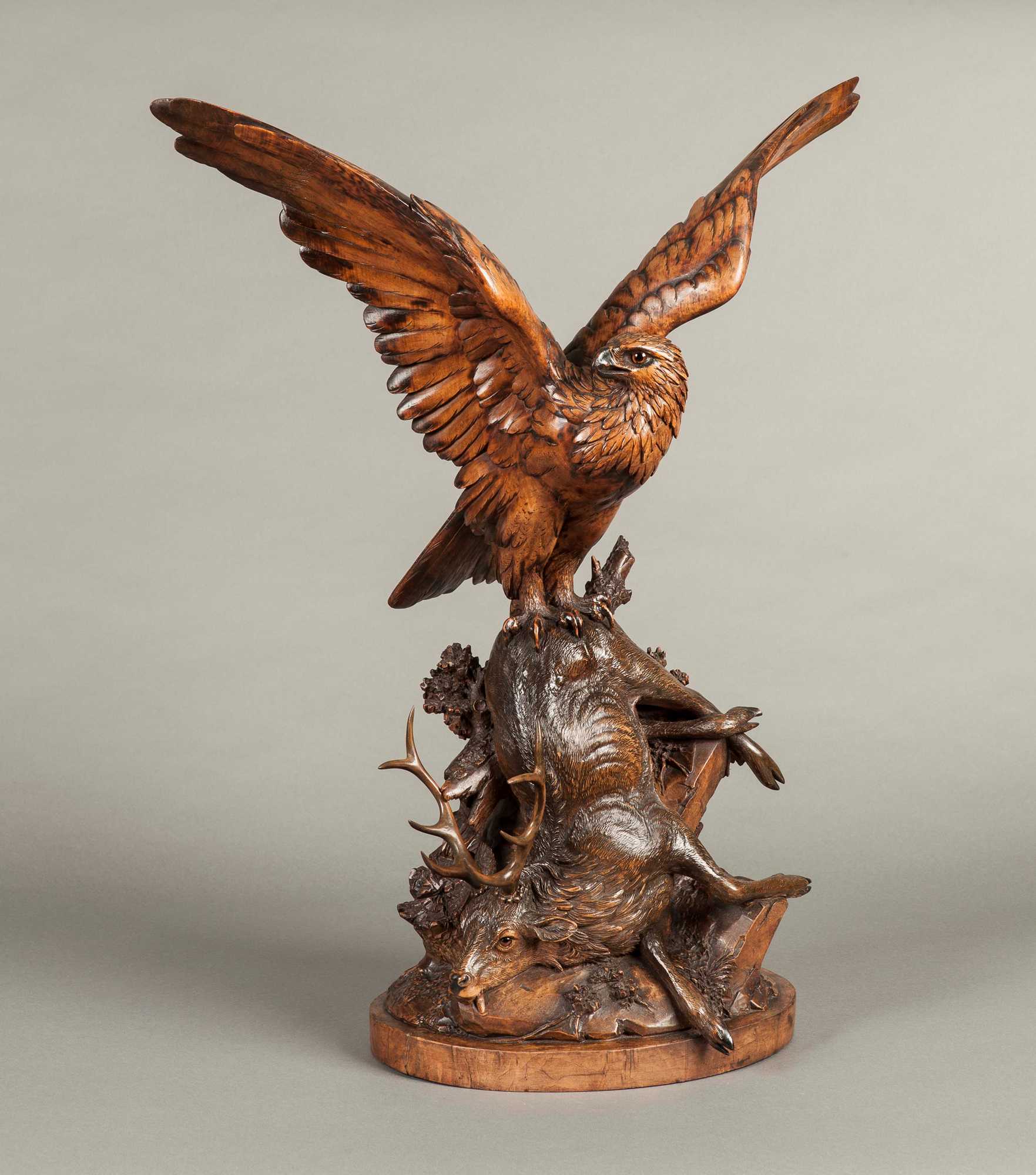 Hunting style has a subsection called black forest. I think you can ask me what it is, - "black forest"? If you want to know let us listen about it...

"Black forest" is a style of furniture and interior pieces that are featured with wild animals (mainly with bears), trees, branches and leaves.

In the 1800s in Brienz, Switzerland, there started developping wooden industry. In the late 1800s, it became the center of this branch.

Swiss carvers became well-known all over the world and their work was shown at many international exhibitions.

In Europe "Black Forest" style became a symbol of luxury and wealth. The best pieces of this style are often found in the English Royal Collection and in the manors of noble people and collectors.

In 1800-1900 the popularity of hunting style grew on many foreign markets. In those days, on the furniture "black forest" style was on demand.

Here are some of the animals figures and images that often decorated the "black forest" style, in furniture and accessories: 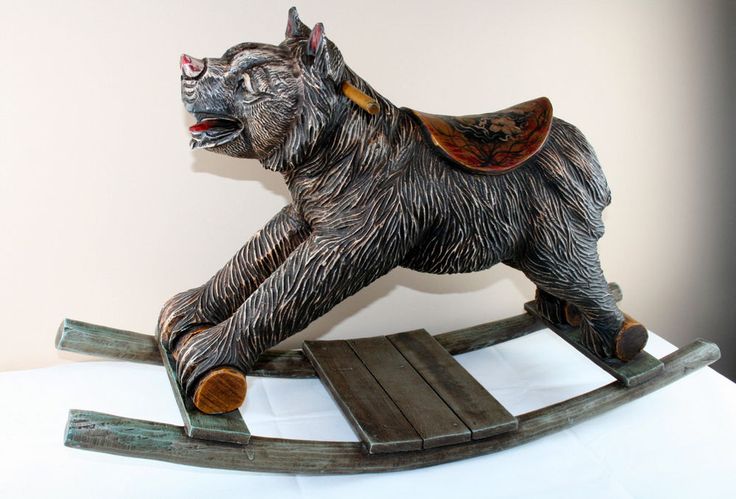 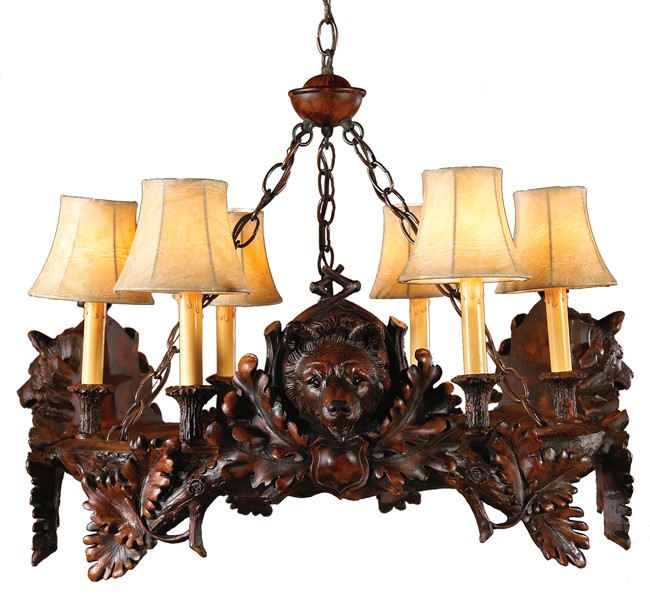 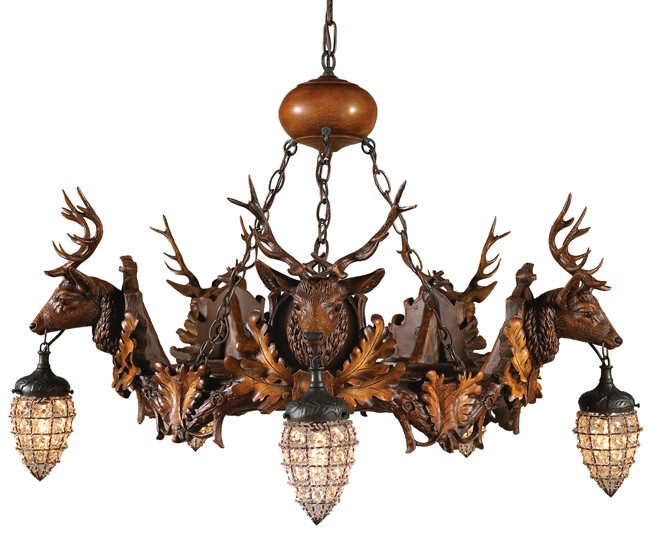 In the past 15 years the style got some significant changes. The number of special auctions and dealers around the world is growing along with a variety of books on the "black forest" style subject. The biggest misconception about the style that once it originated in Germany. But in fact it was created by Swiss carvers. 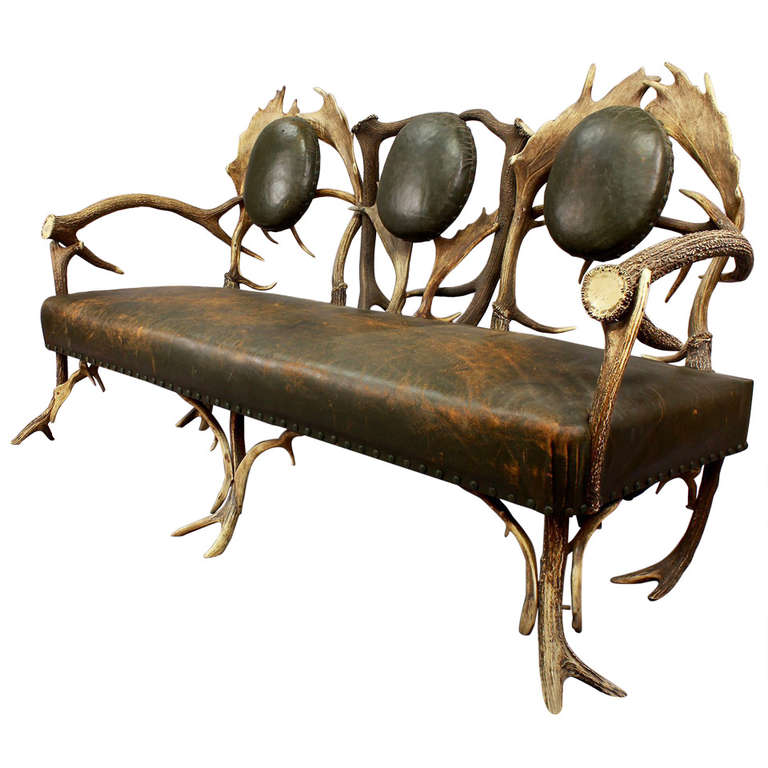 Things that affect the value of the "black forest"style:

Mostly the quality is very important especially when it comes to the "black forest"style. Things of that style rarely get on the open market but if they reach it collectors or just amateurs catch them very quickly.

Another factor that has a big role in the cost is a signature. The most wellspread items are those that were manufactured by the Huggle' family. 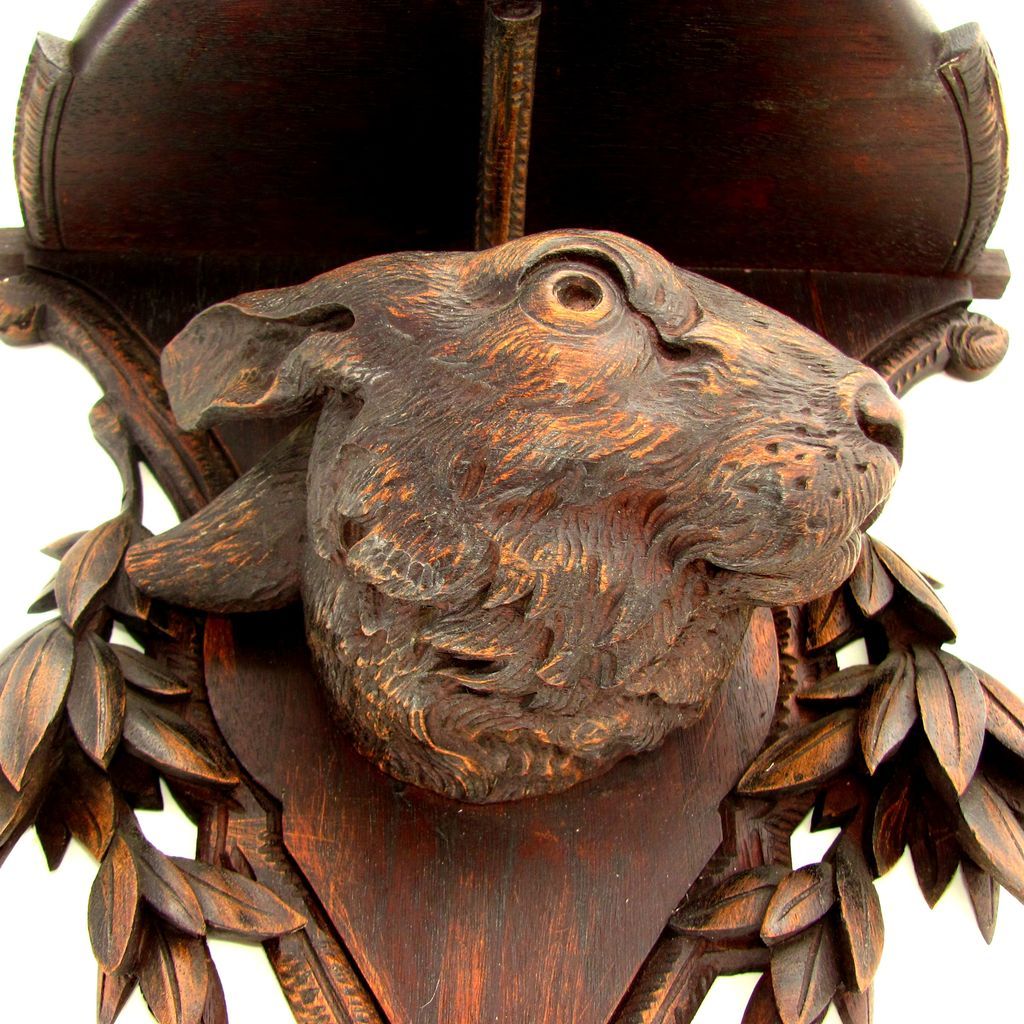 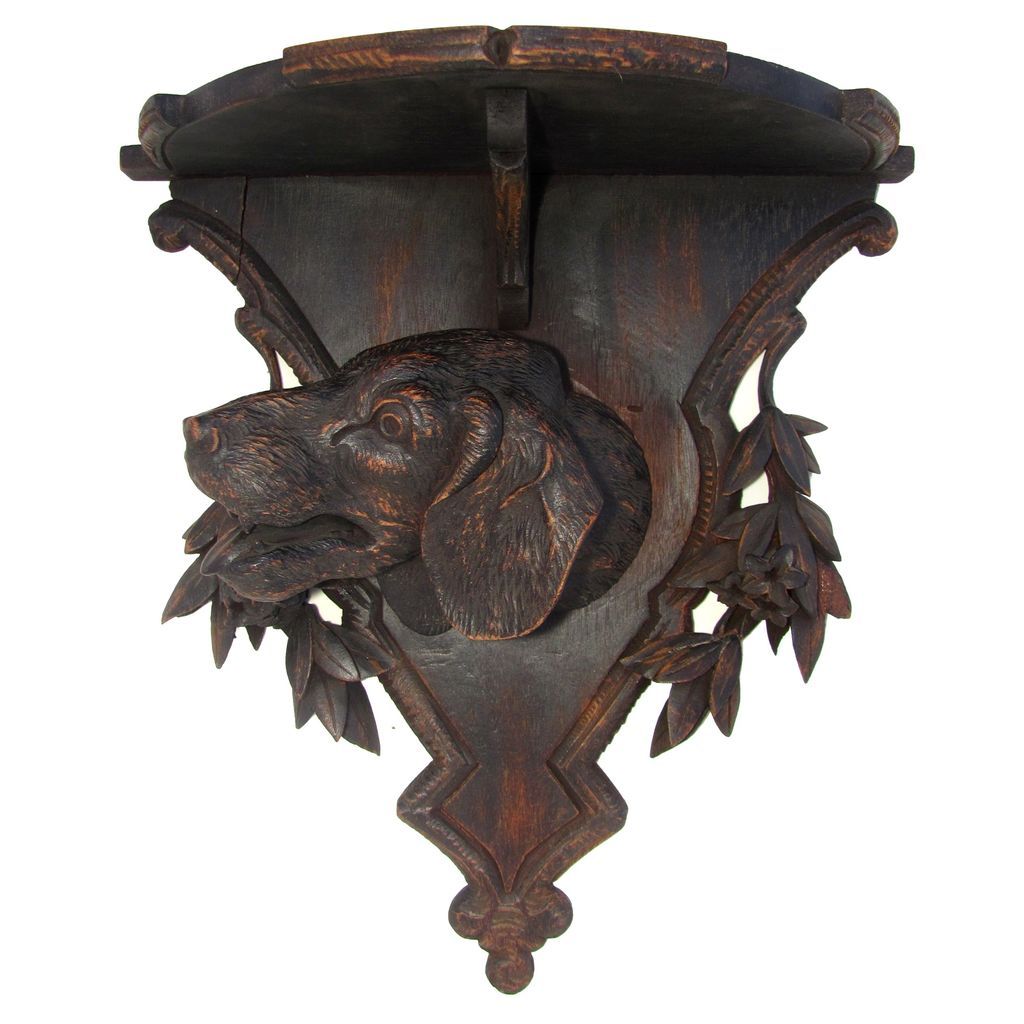 This unordinary style is regaining its popularity among collectors and people who are fond of hunting and want to embellish their houses.

That is such a simple story about not such simply Hunting style! 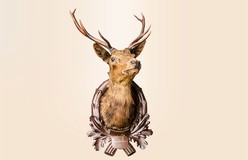 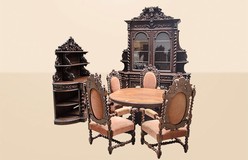