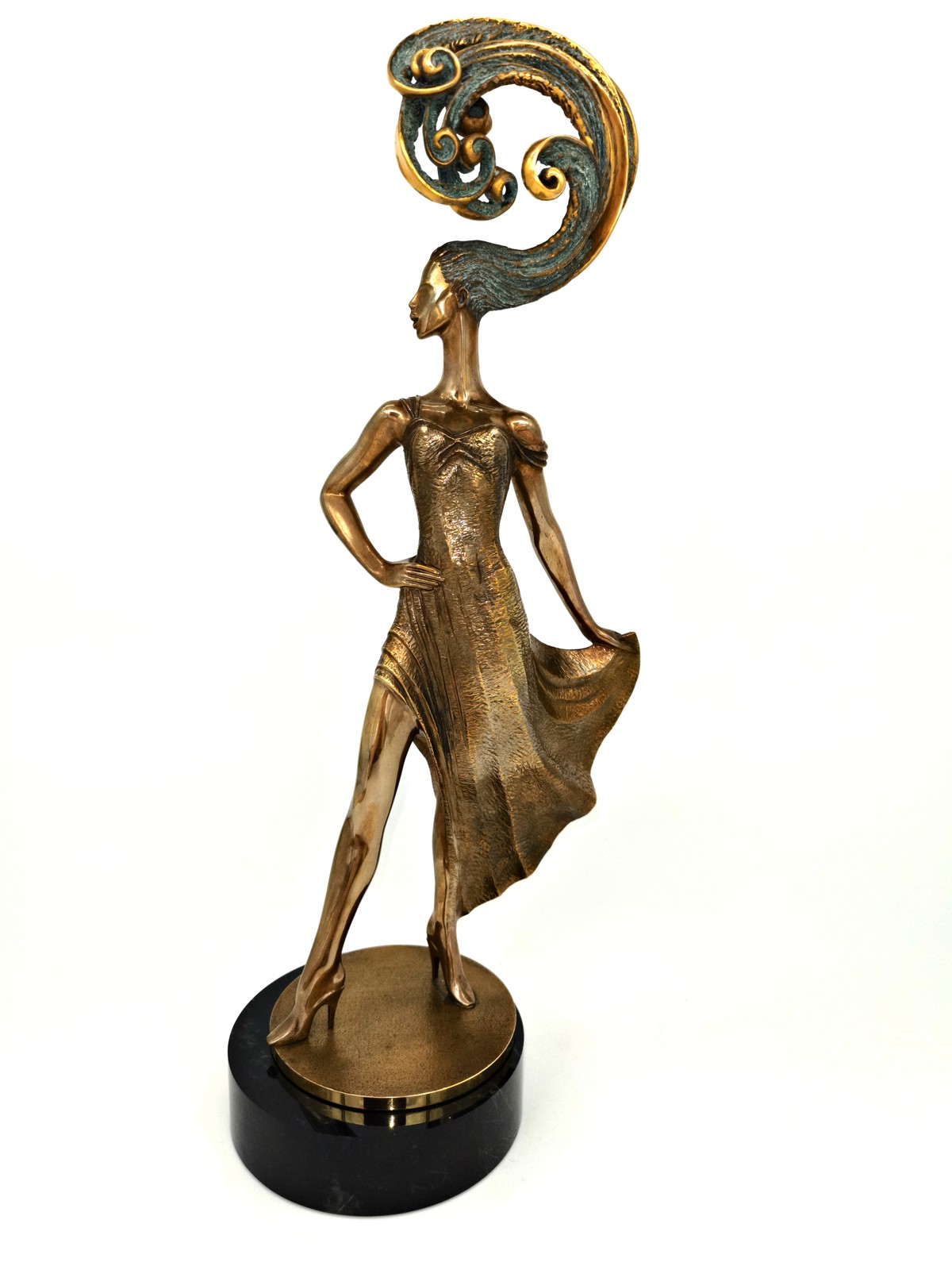 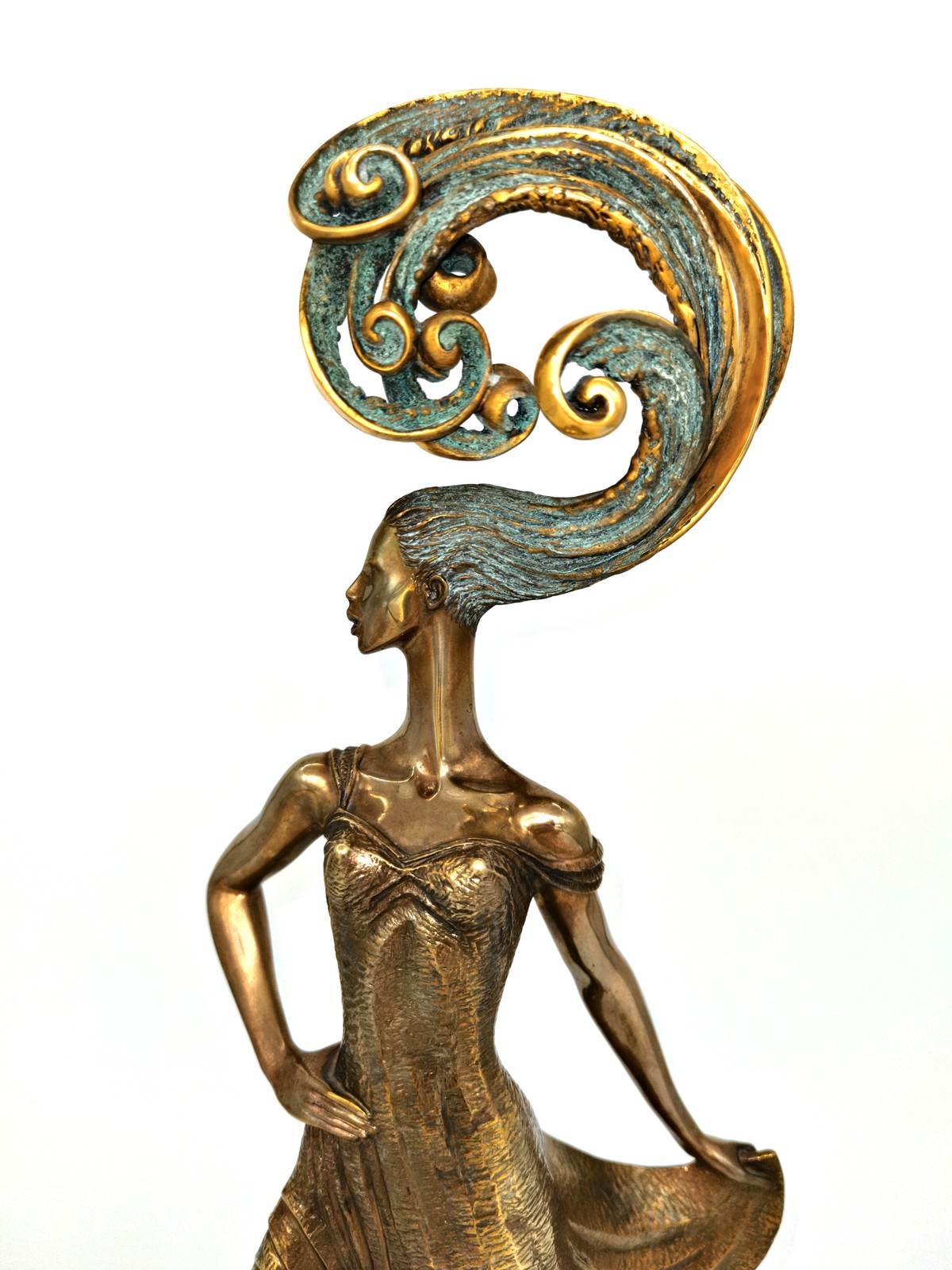 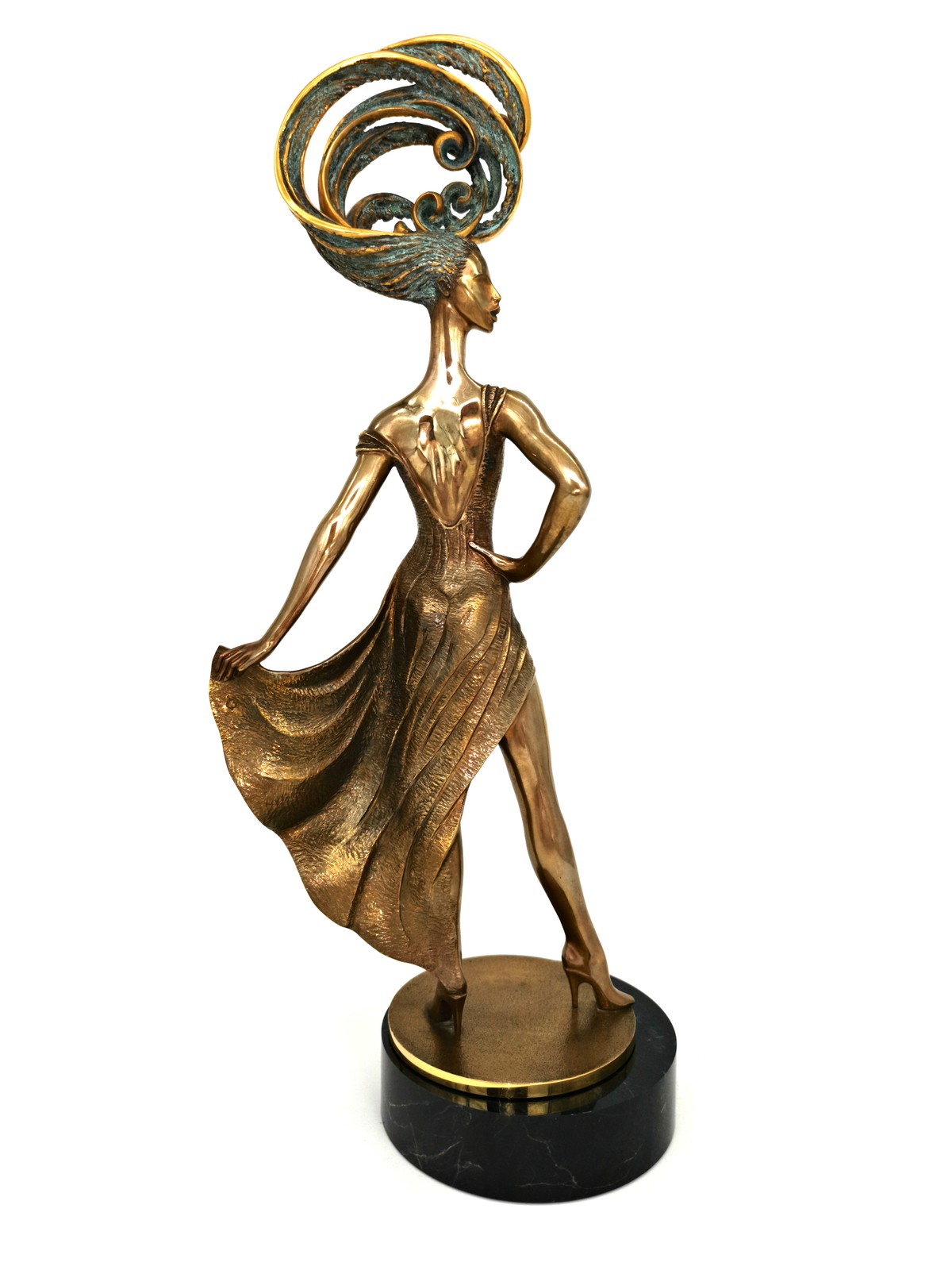 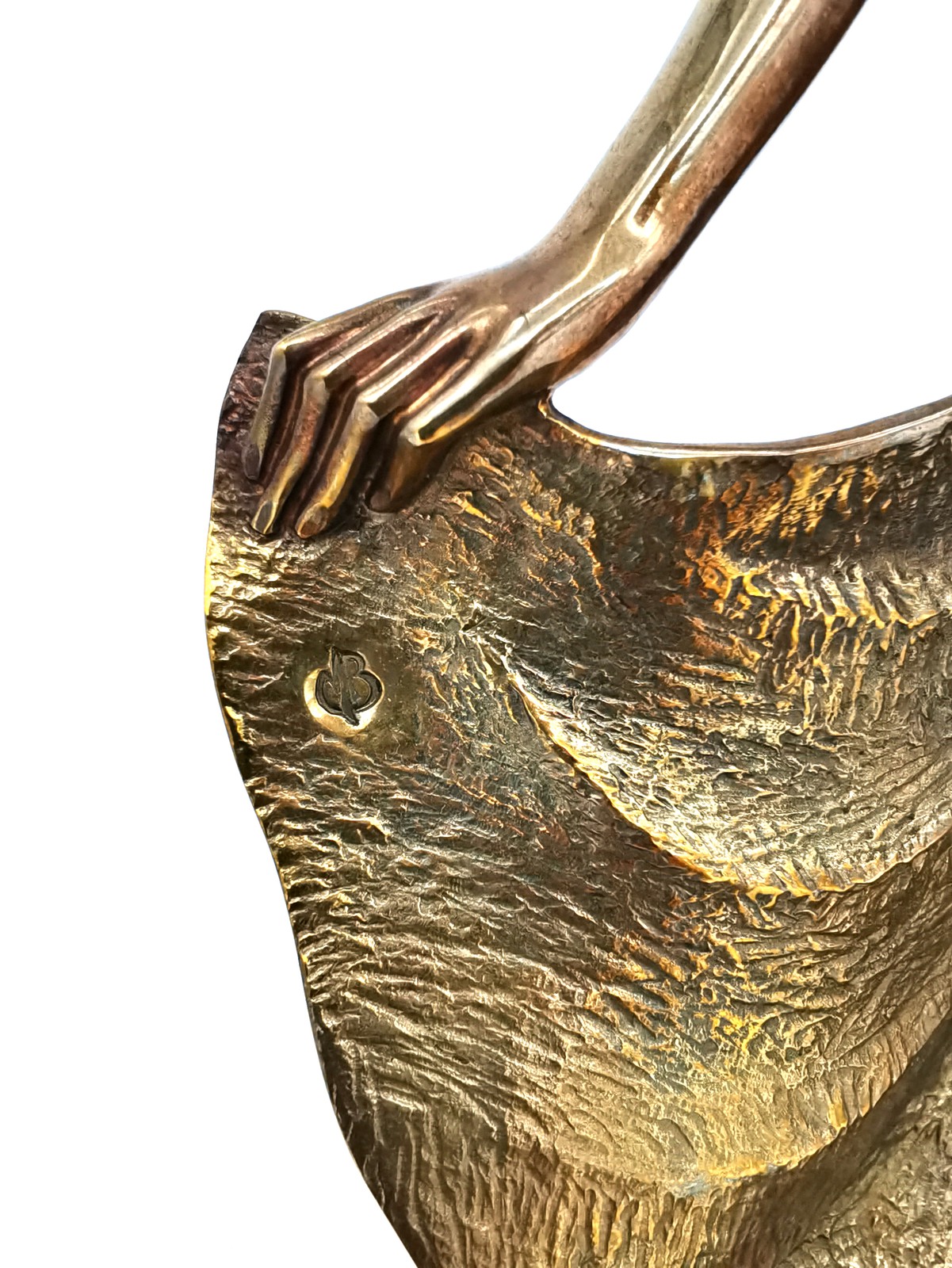 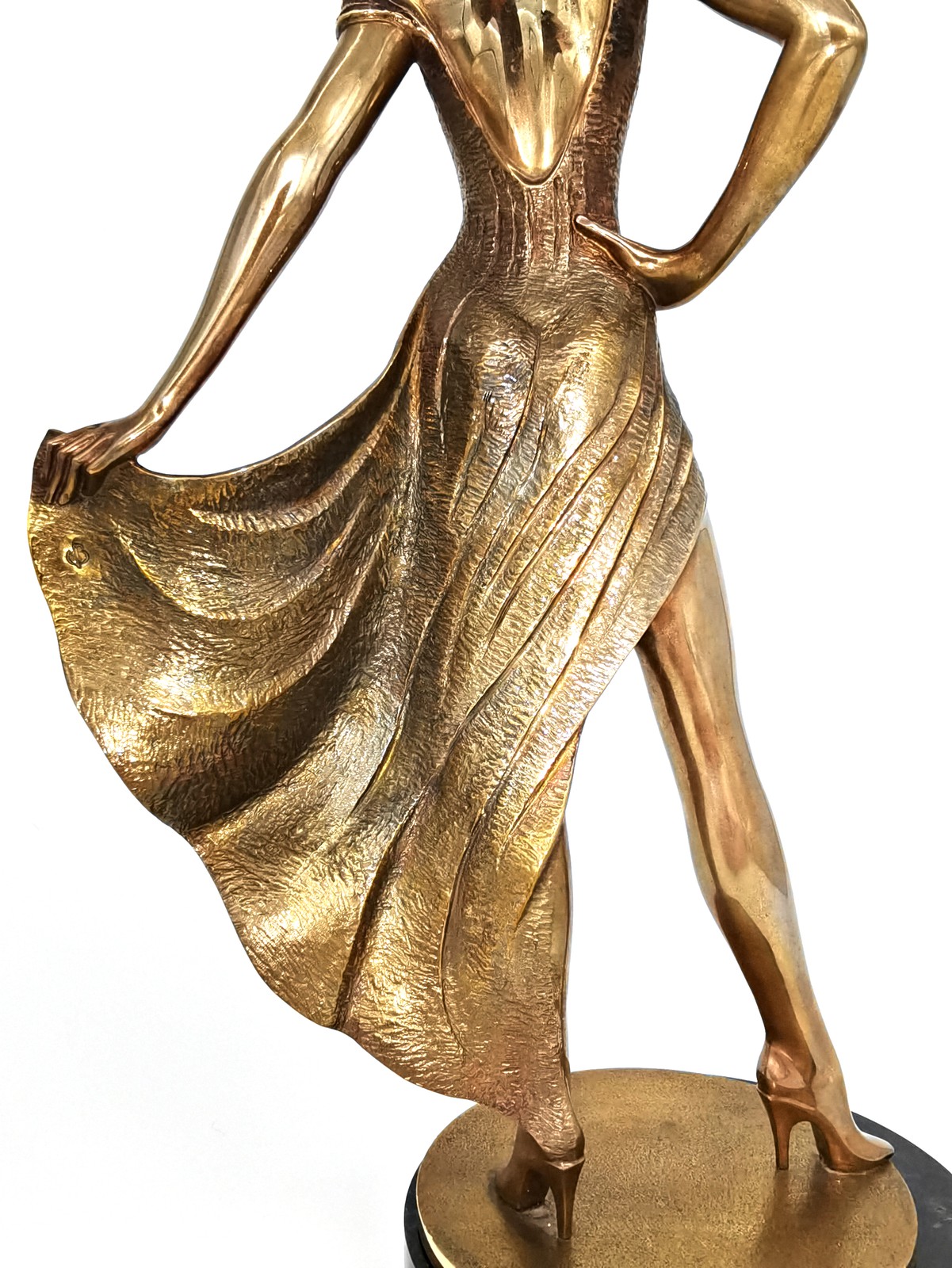 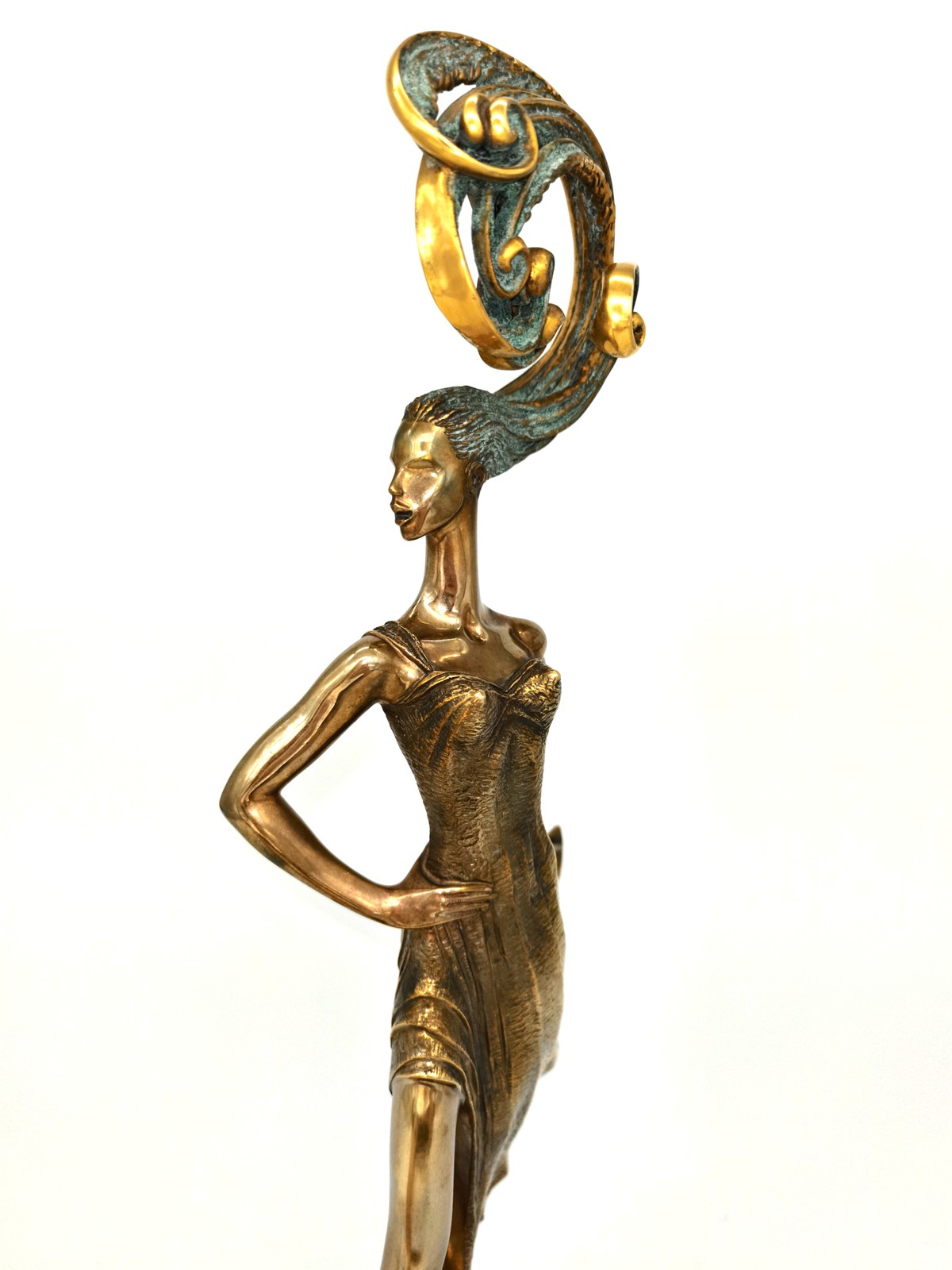 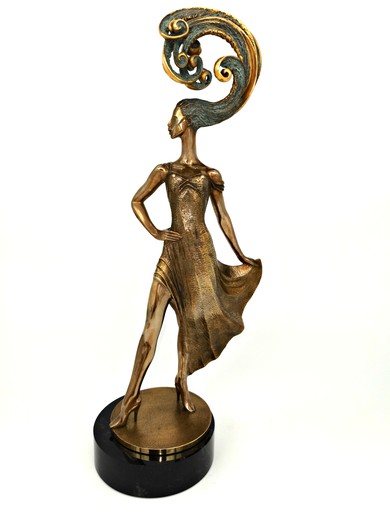 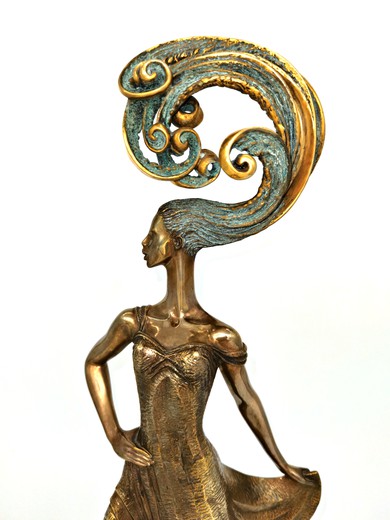 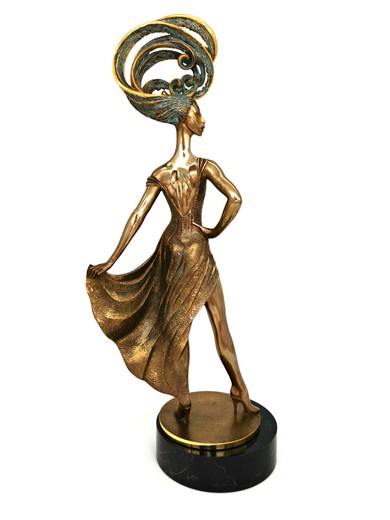 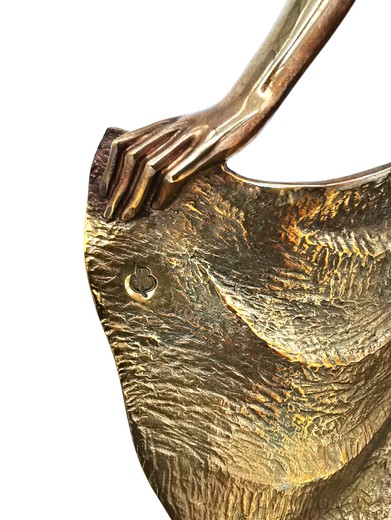 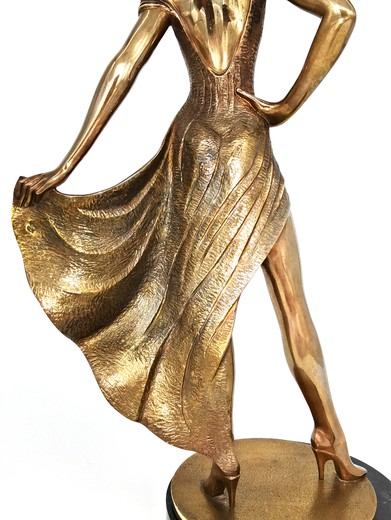 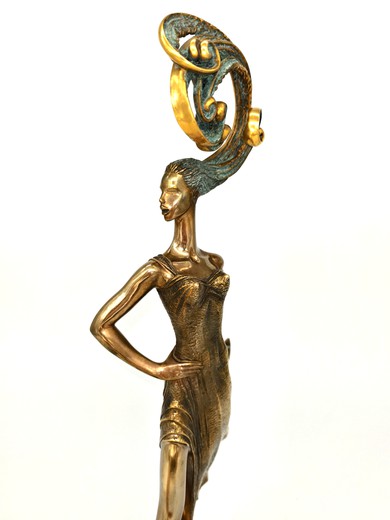 Unusual collectible award-winning sculpture "Aquarius". Made of bronze, covered with gilding and decorated with jasper. The author is the sculptor Viktor Fedorovich Mitroshin. A total of 6 sculptures were made. Weight - 4 520 gr. Russia, 2001.

The award was presented in the club "Golden Aquarius" in the category "For services in the field of culture and art." Such sculptures were awarded to: Arkhipova Irina Konstantinovna, Zhzhenov Georgy Stepanovich, Pakhmutova Alexandra Nikolaevna, Batalov Alexei Vladimirovich, Sumin Pyotr Ivanovich. The first sculpture is kept by the author and is an exhibition work. Who this sculpture belonged to will be announced to the buyer in person.

In 2021, the Age of Aquarius began, this event occurs once every 800 years. The era is considered a new era for humanity. The characteristics of this sign are freedom, openness, deliverance, waves, inventions and innovations. Russia is under the sign of Aquarius.

Mitroshin Viktor Fedorovich - sculptor, since 1989 - member of the USSR Union of Artists. Graduated from the Chelyabinsk Art School. Works with small forms and monumental sculpture. Mitroshin's calling card was the method of combining metal and semi-precious and ornamental stones, sea shells, petrified wood and other unusual inserts. The most famous works of the sculptor are the monument "Victims of the disaster near Asha" in the Chelyabinsk region, "Sergei Diaghilev", "Sphere of love" in Chelyabinsk, as well as other sculptures exhibited in the Museum of Space, the Chelyabinsk Geological Museum, the collections of B.N. Yeltsin, N.A. Nazarbayeva, M.M. Plisetskaya, N.S. Mikhalkov and other private collections in Russia and abroad.