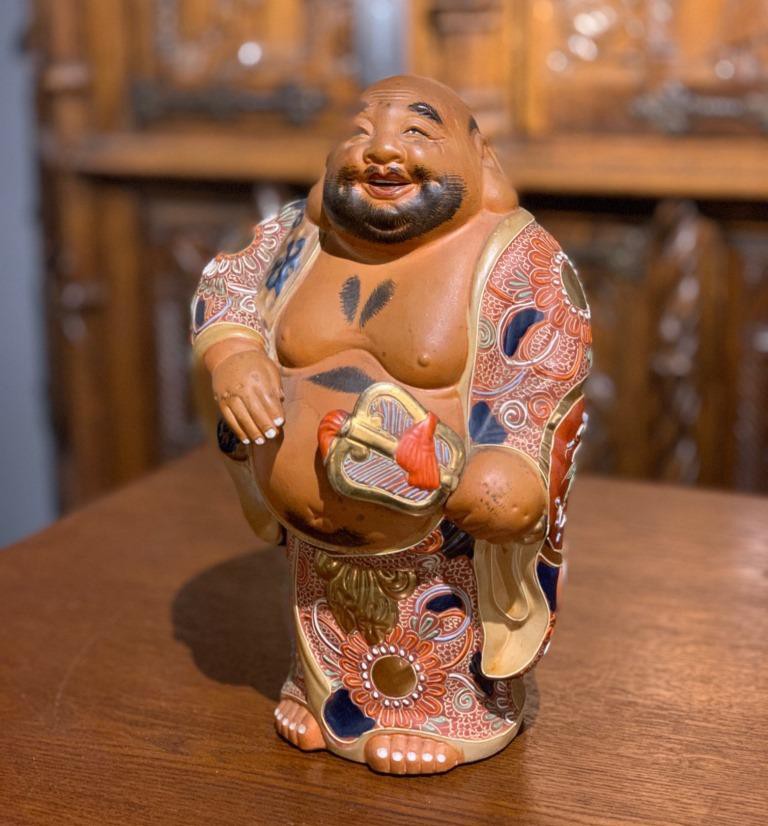 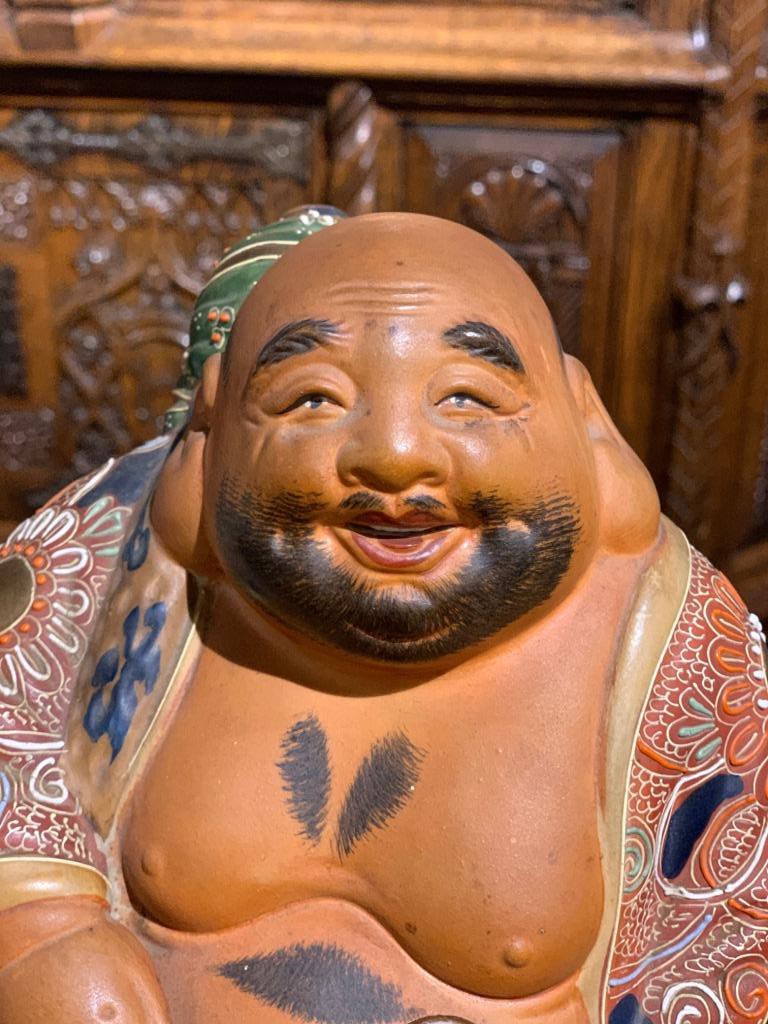 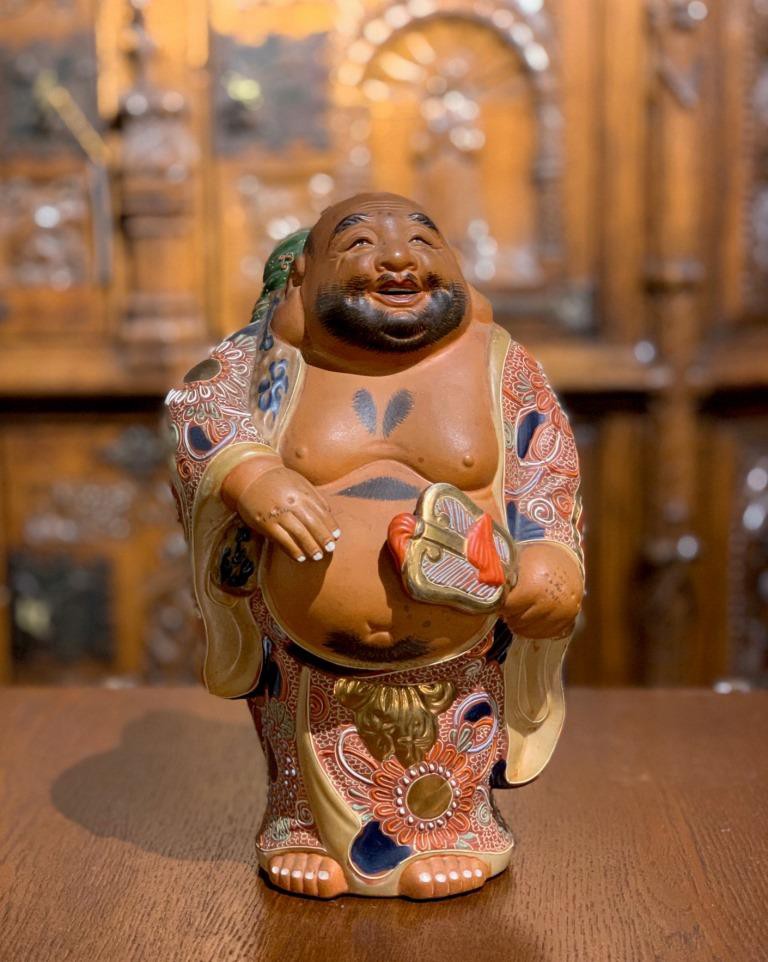 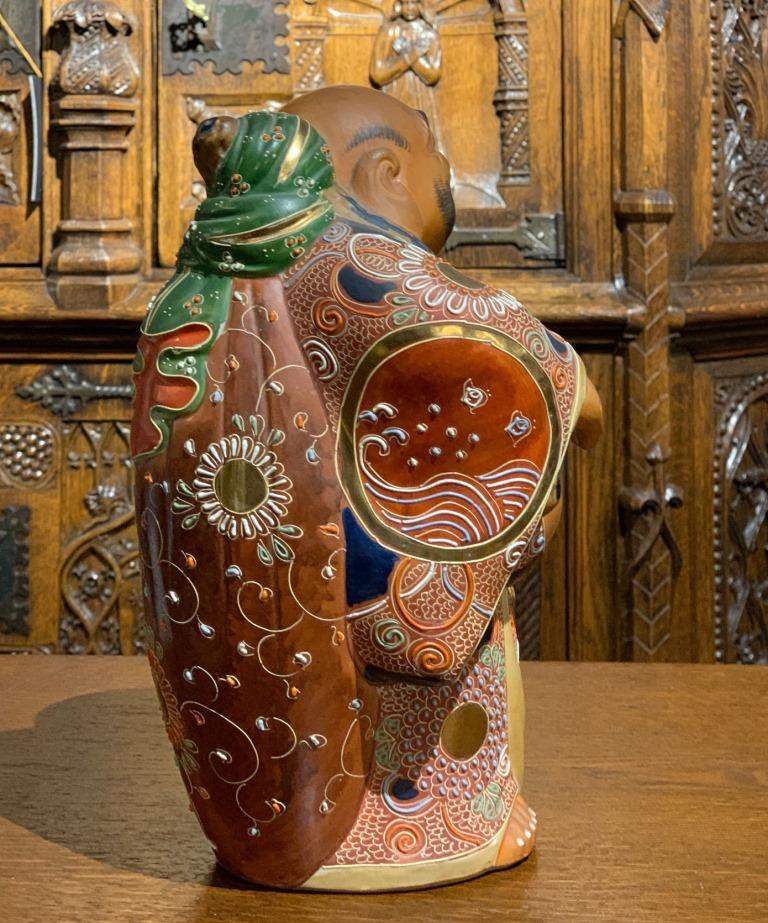 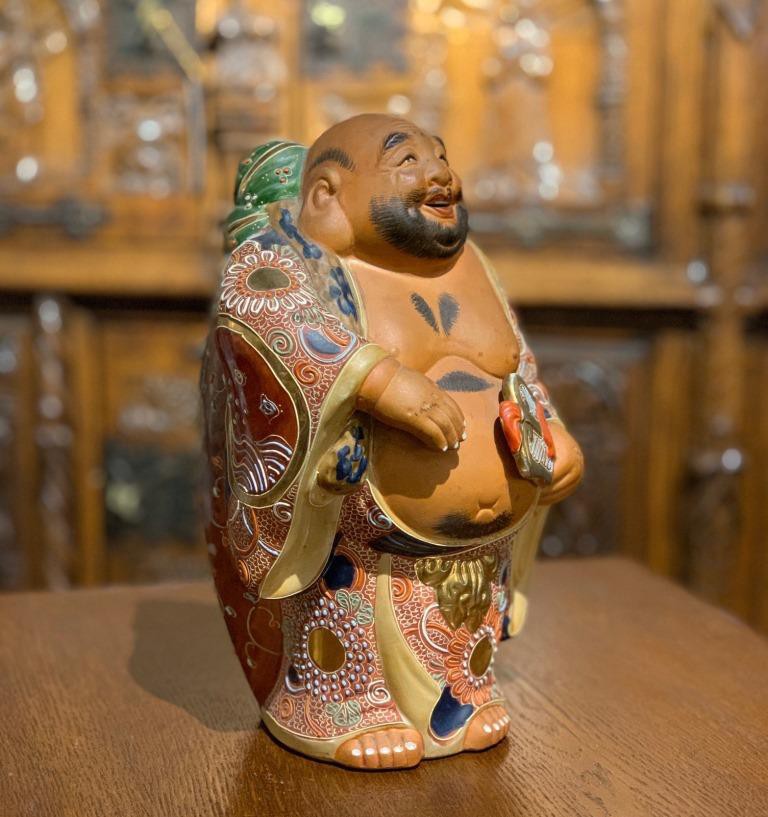 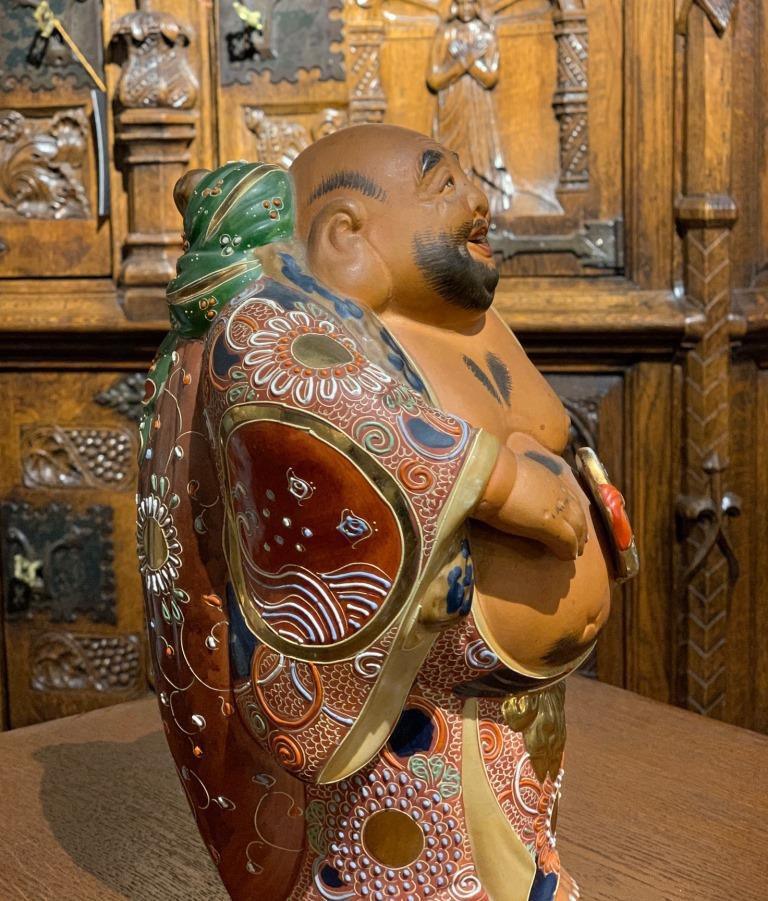 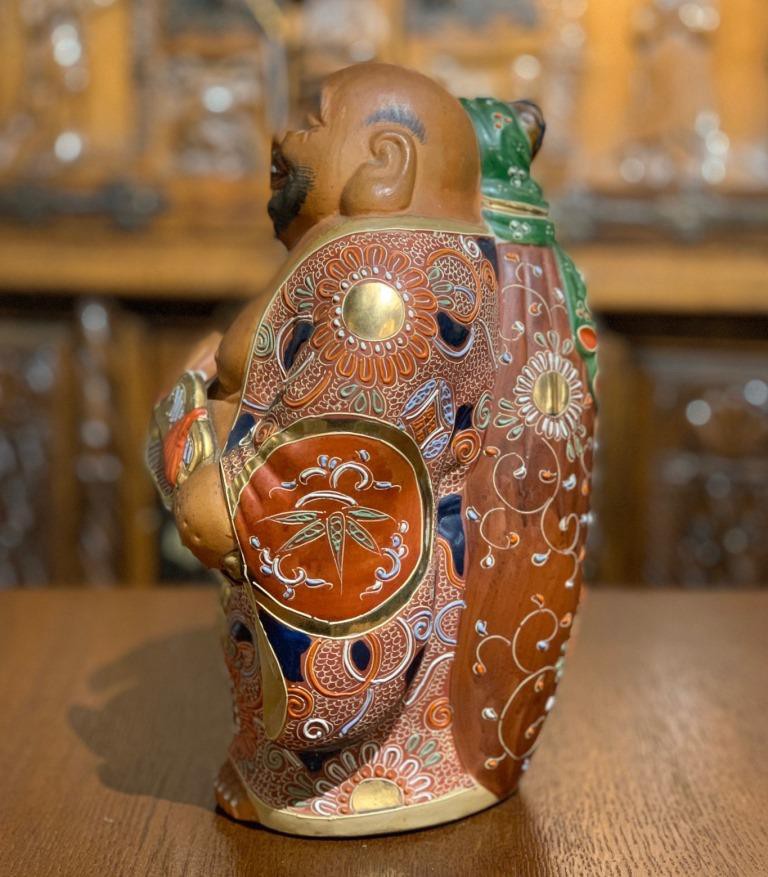 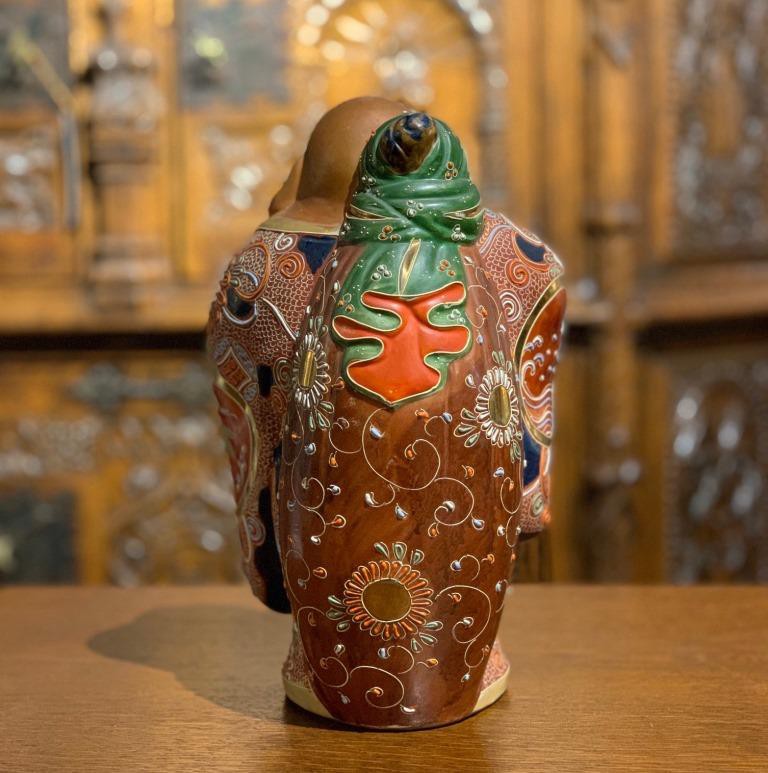 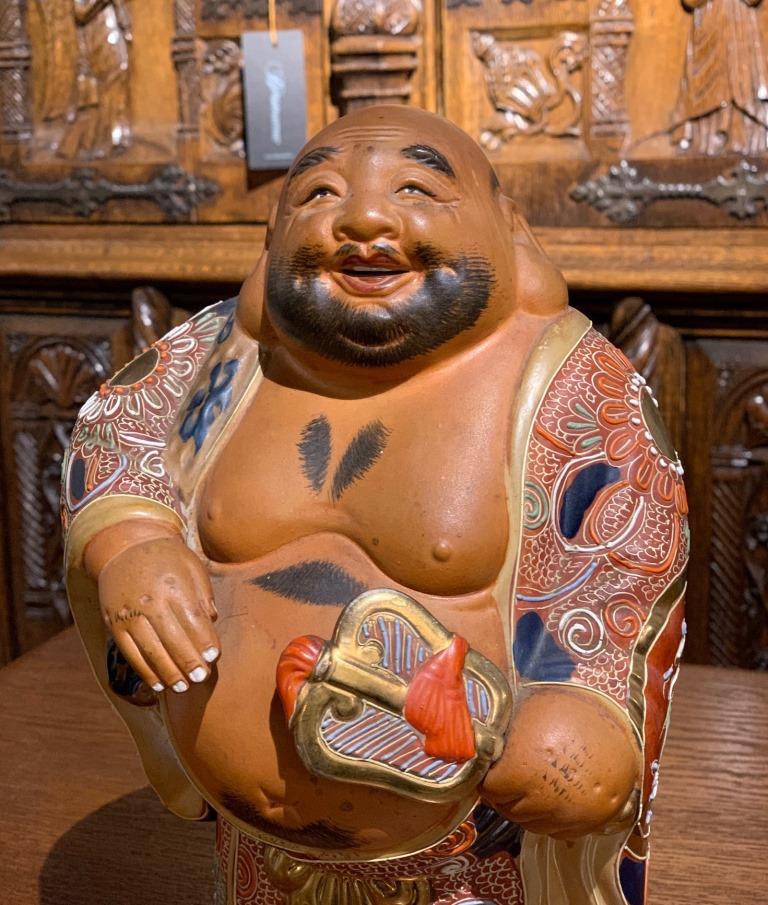 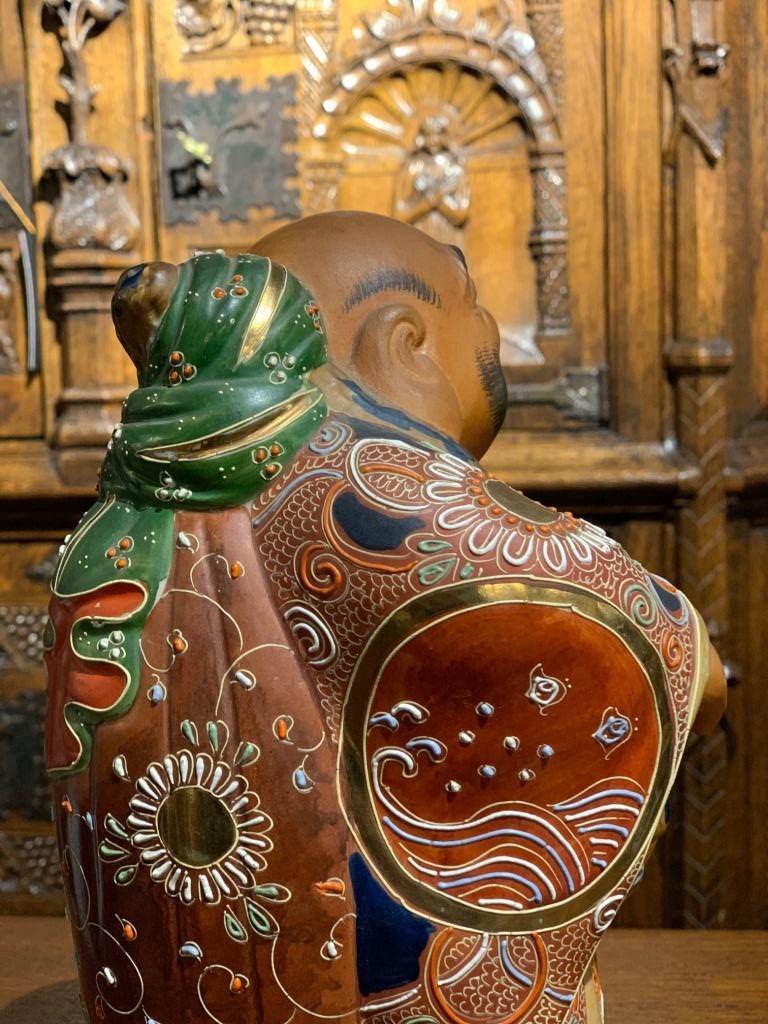 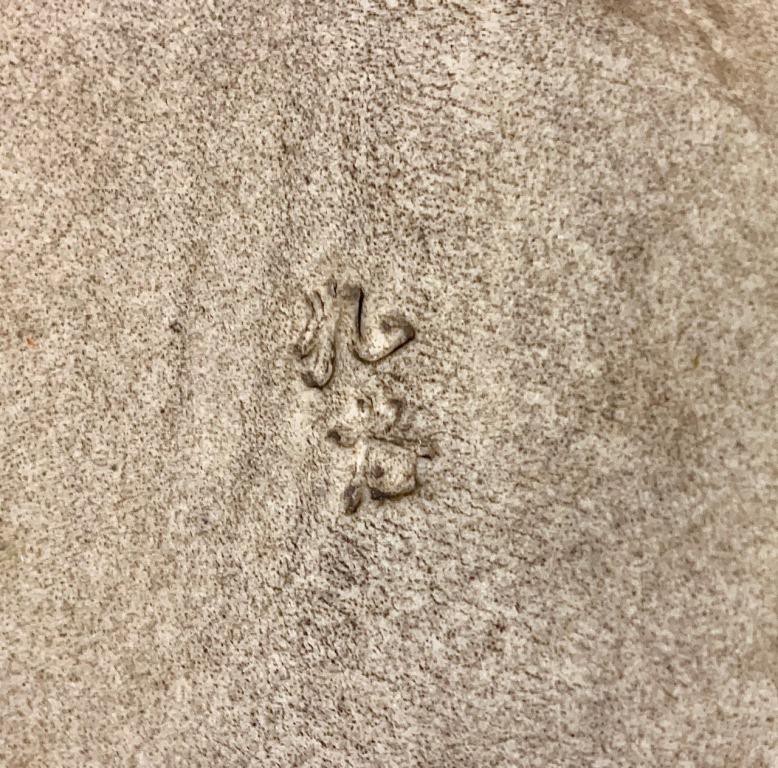 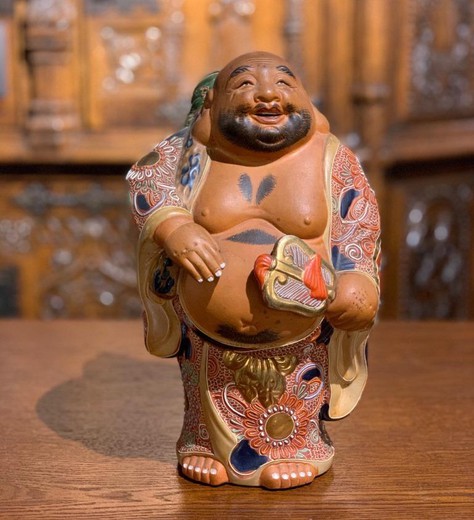 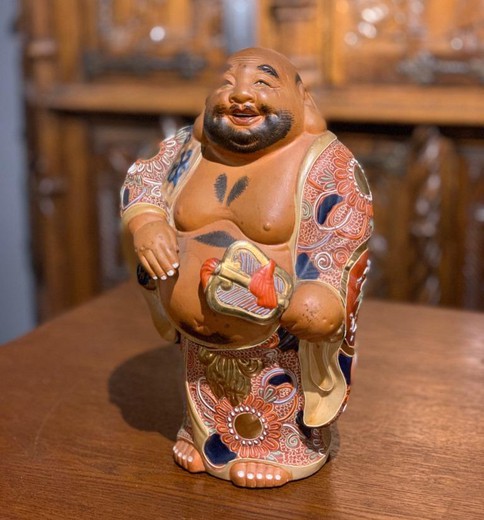 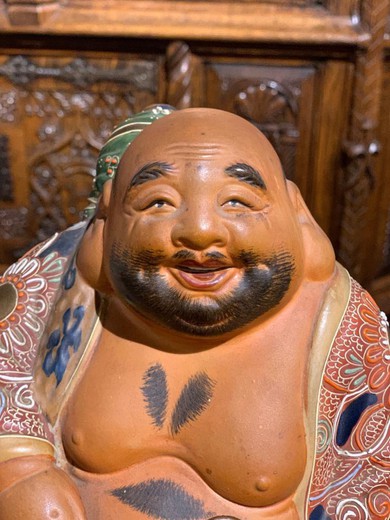 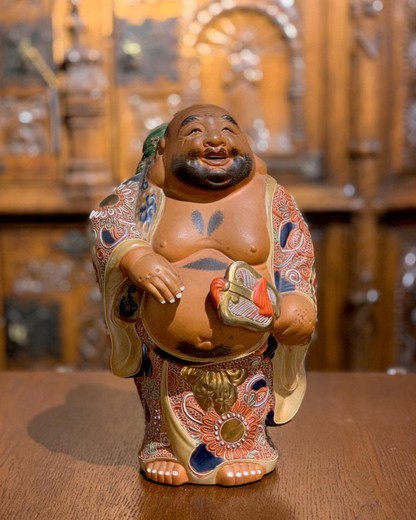 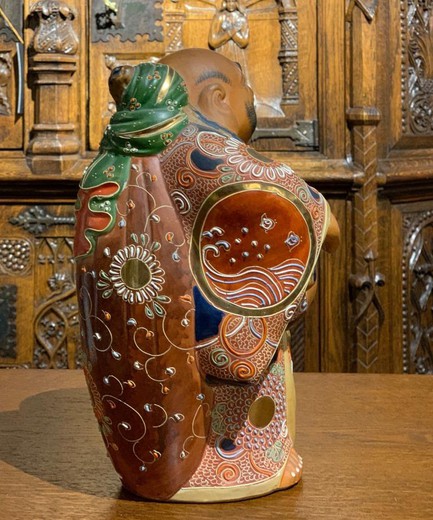 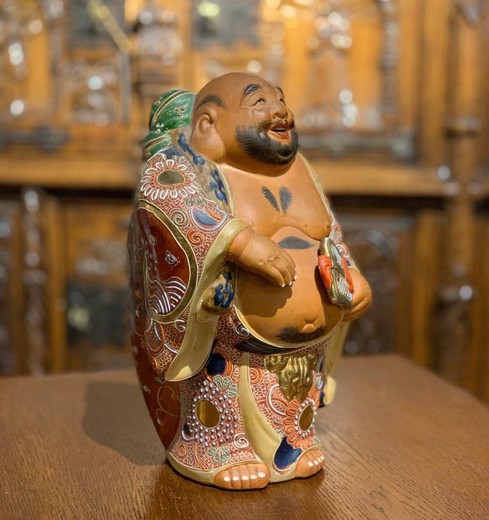 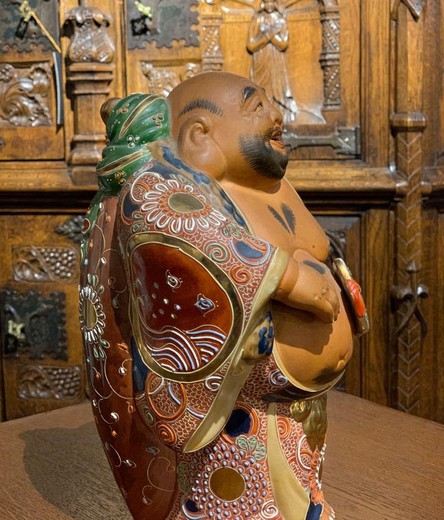 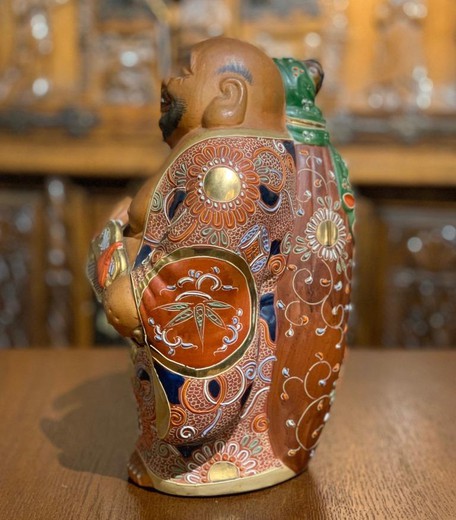 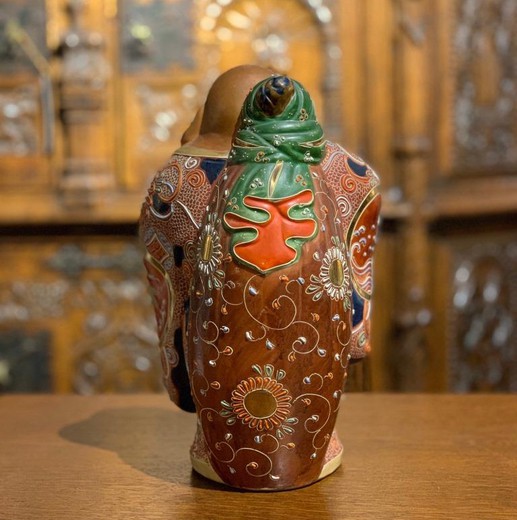 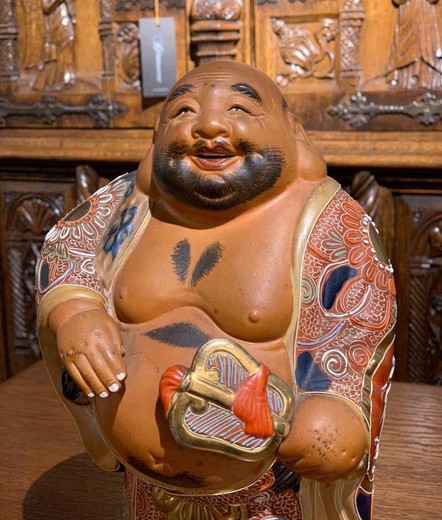 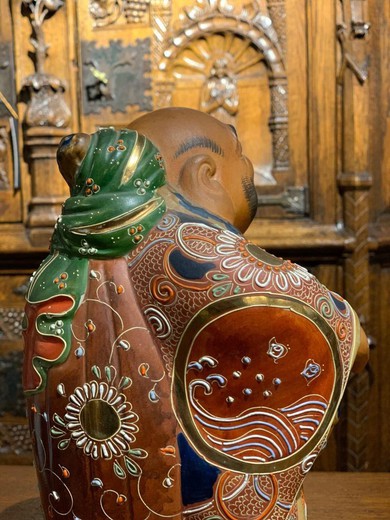 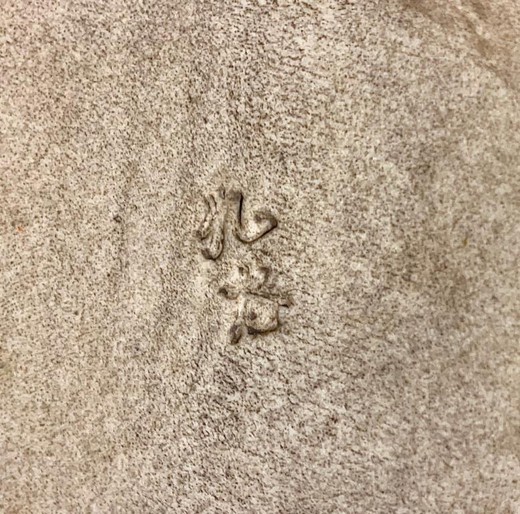 According to one version, the prototype of God Hotei was a monk who constantly traveled. And everyone noticed that wherever he appeared, fun reigned around, and everyone was happy. In the end, they began to make his figurines of various materials and put them at home, receiving wealth and happiness in return, while also rewarding this man with symbolism and identifying precisely with these good events in his life.The work is the authorship of the famous workshops of Kutani. Numerous workshops located near the city of Kaga, so skillfully worked with porcelain that they became the common name of all Japanese porcelain. Kutani pottery was presented at world exhibitions in Vienna and Paris and was really more important for the whole world of ceramics.At the moment, many workshops have transformed into small porcelain manufactures.