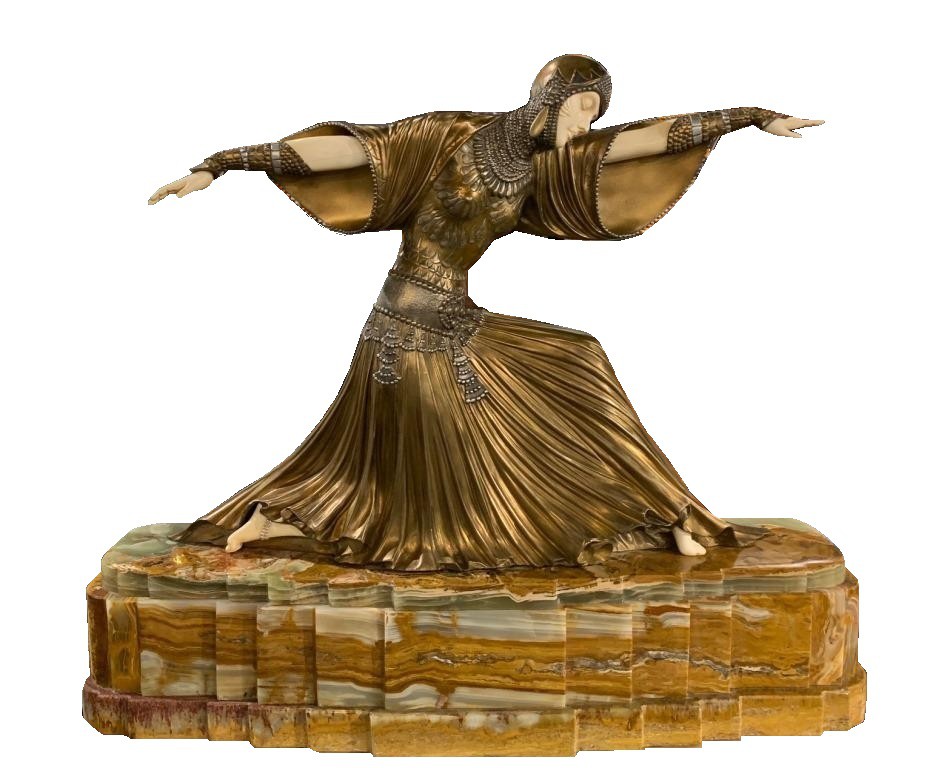 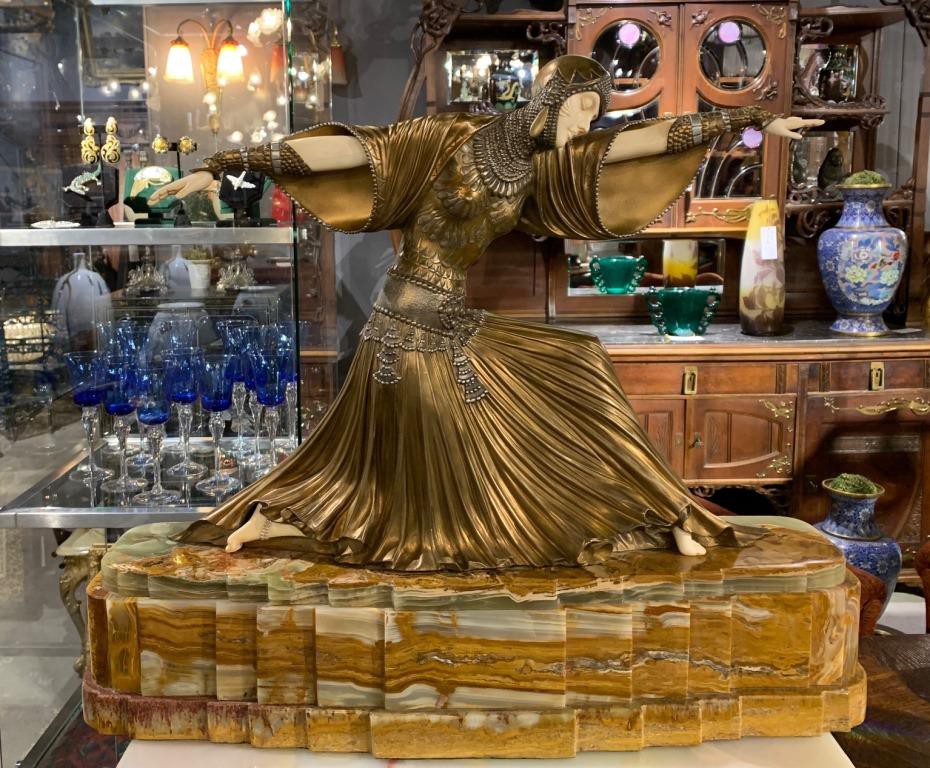 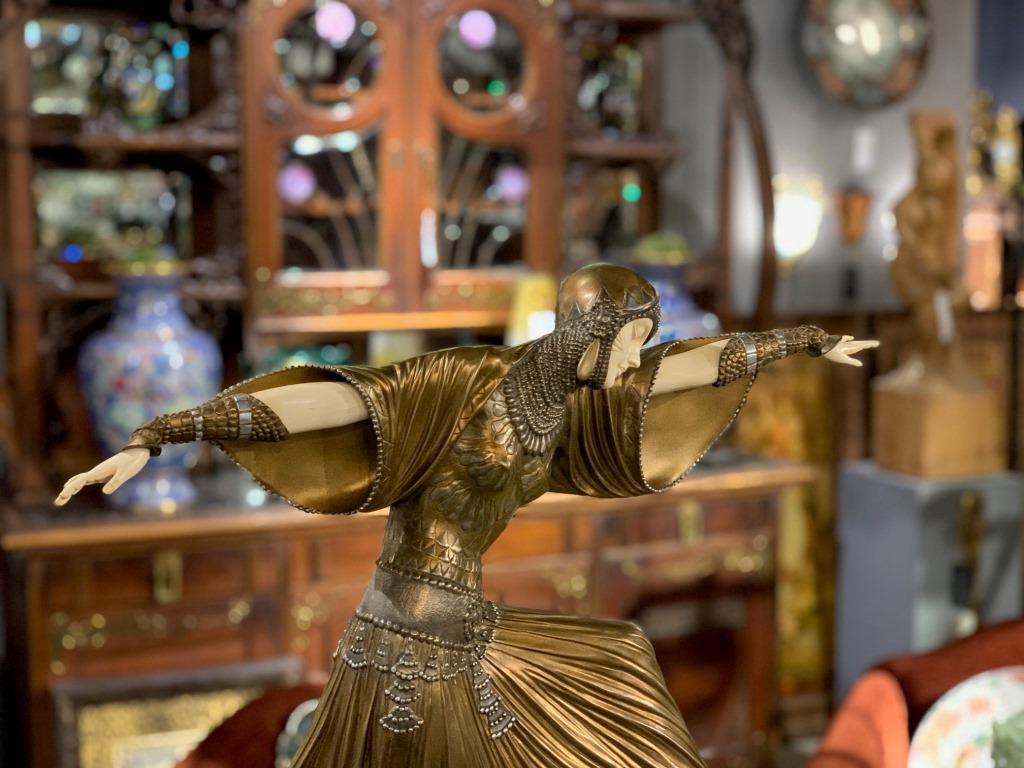 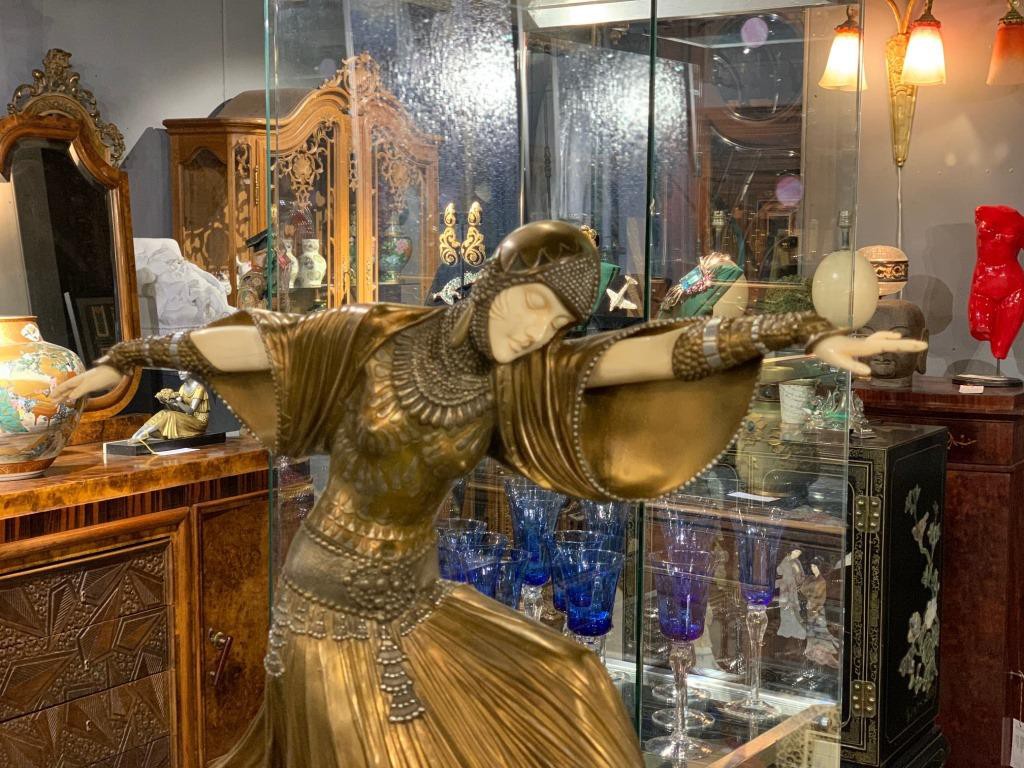 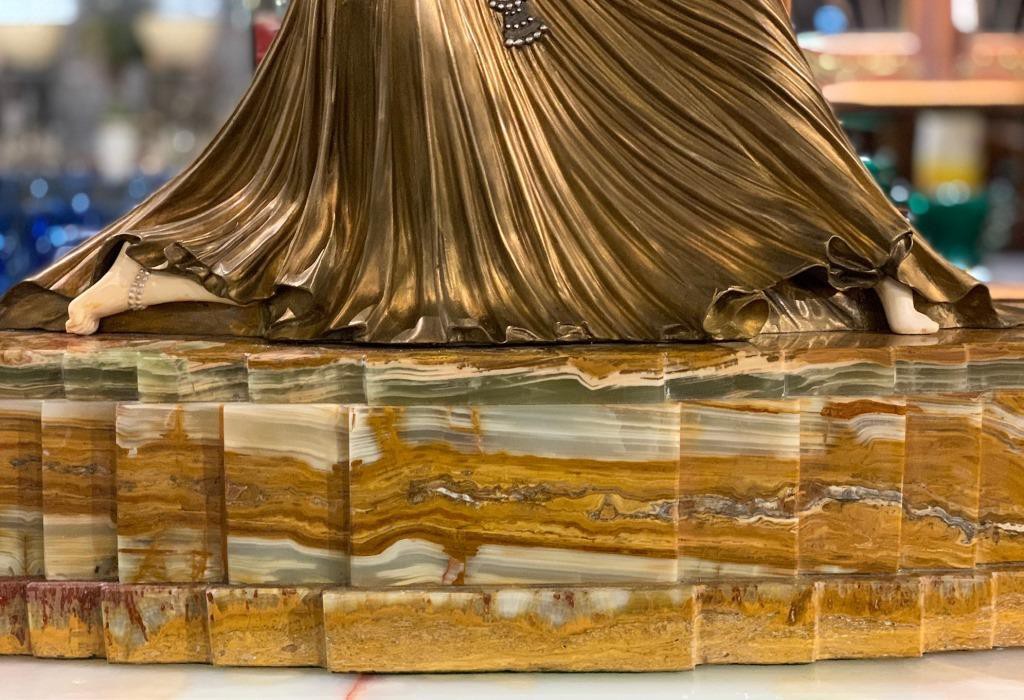 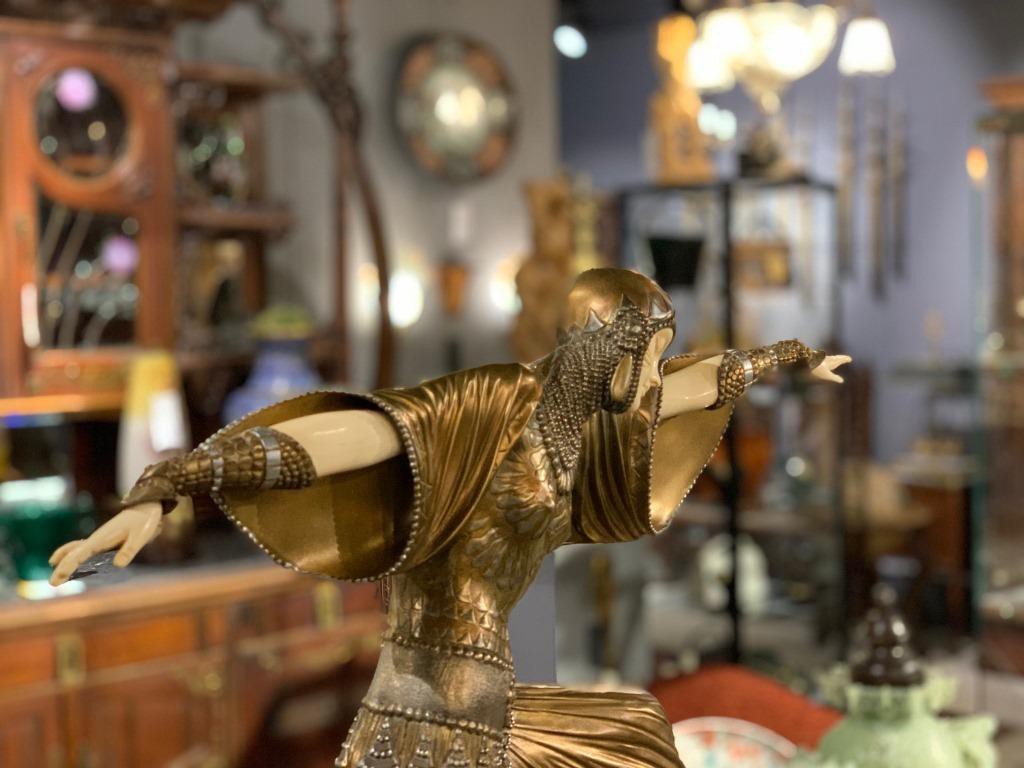 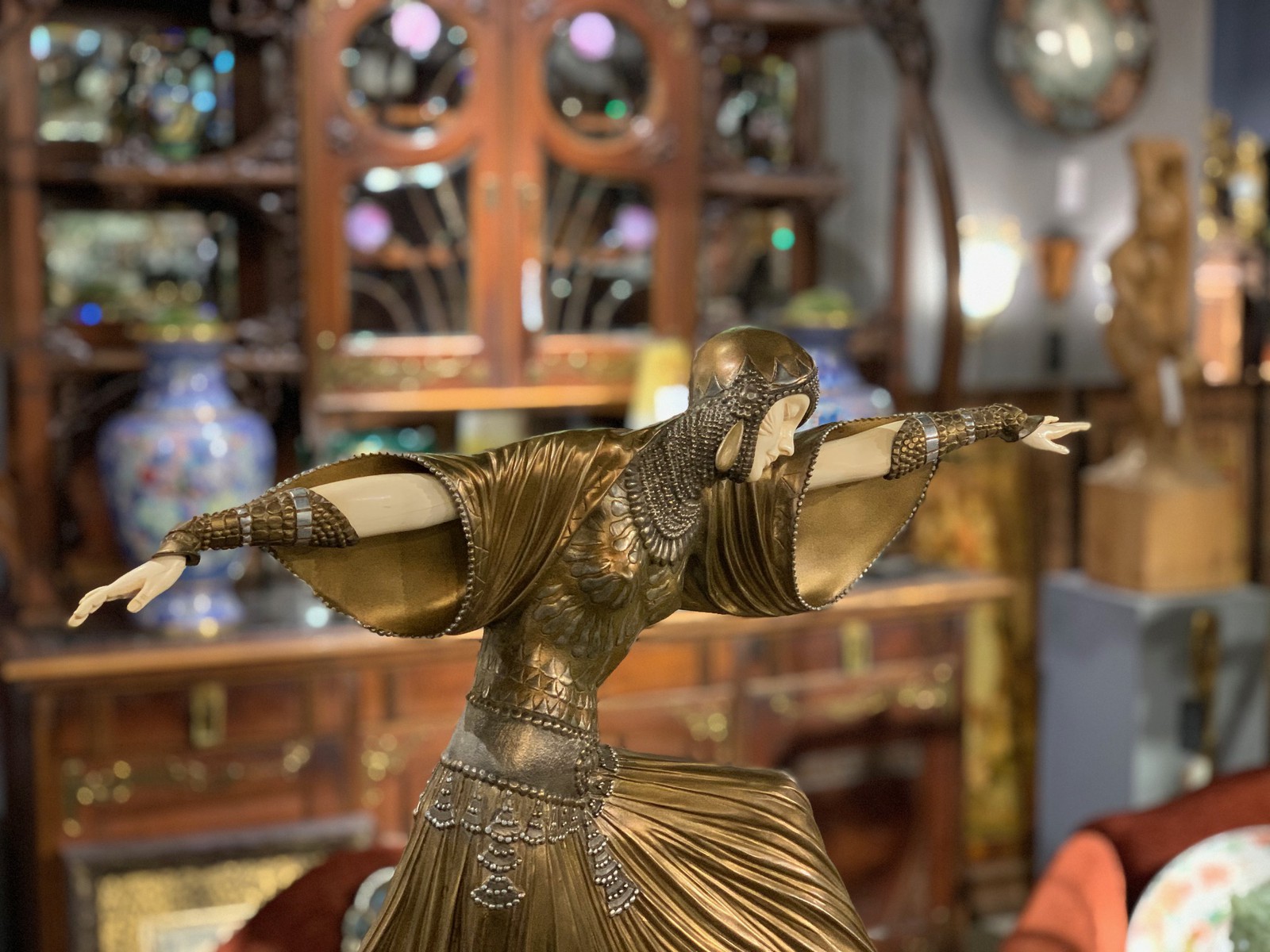 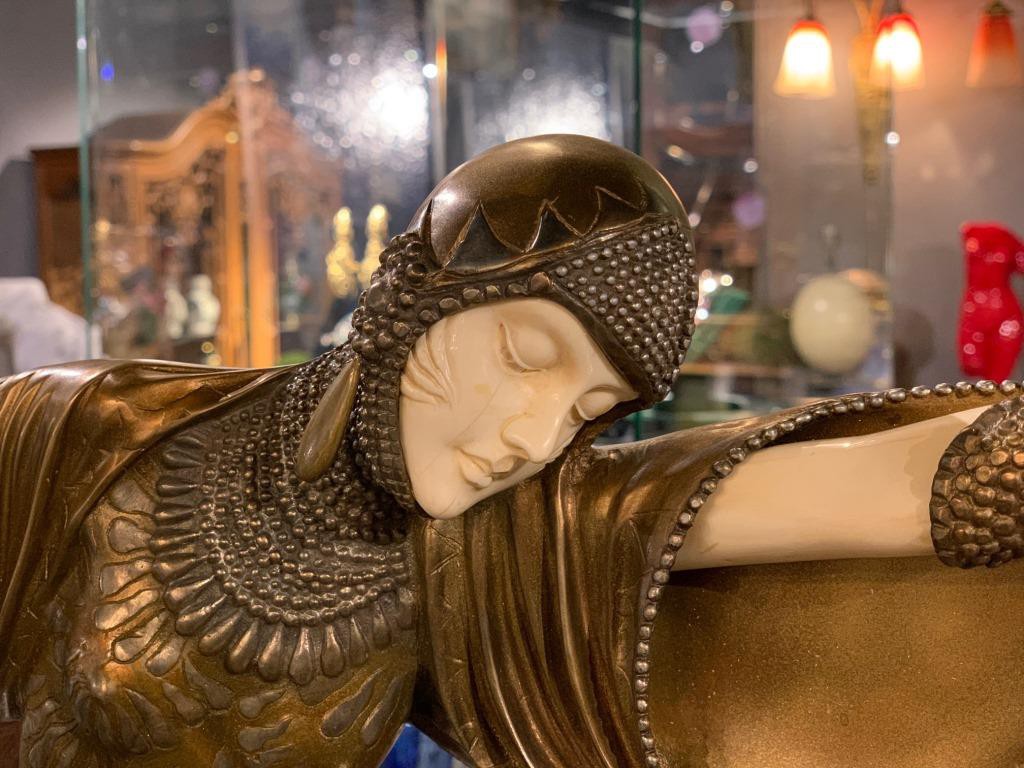 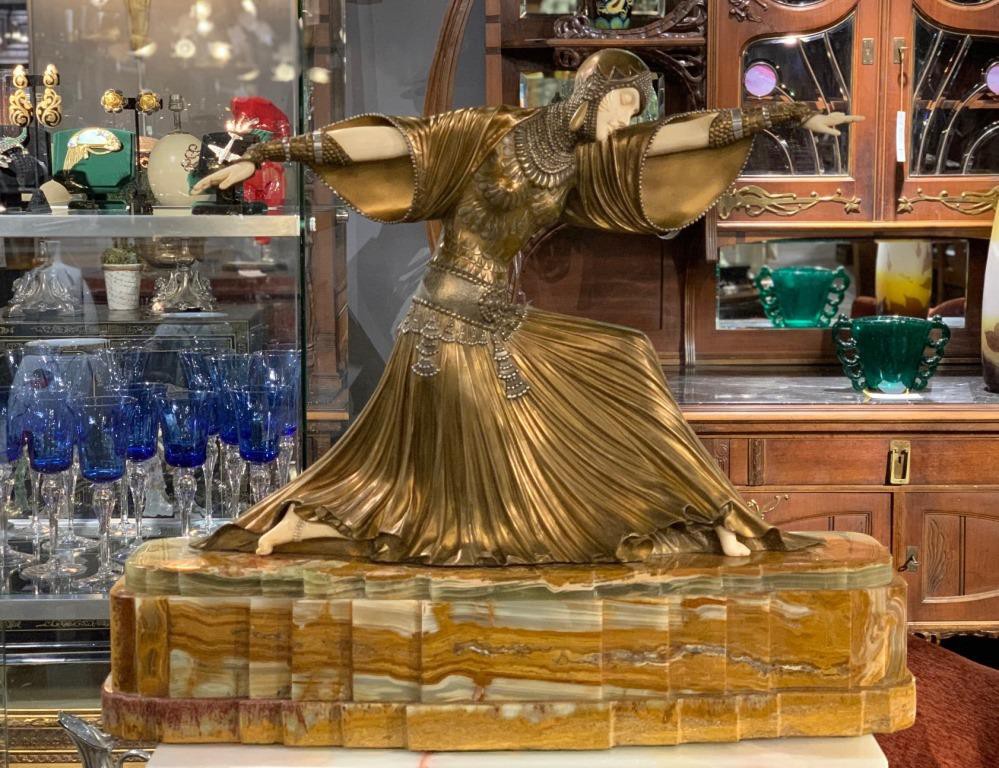 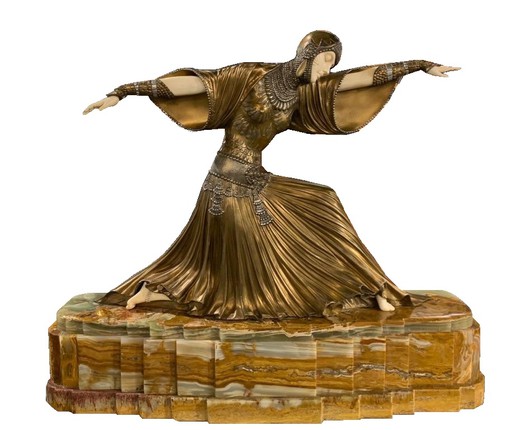 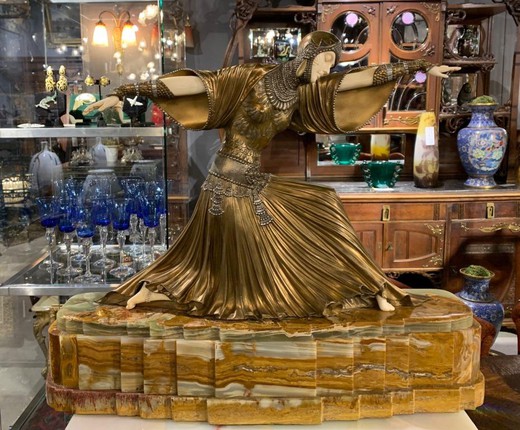 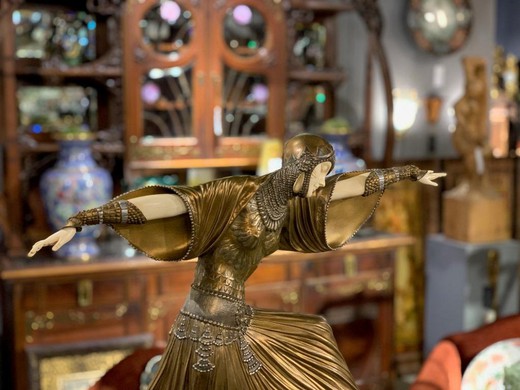 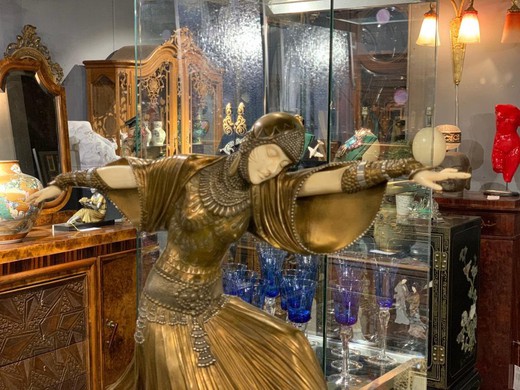 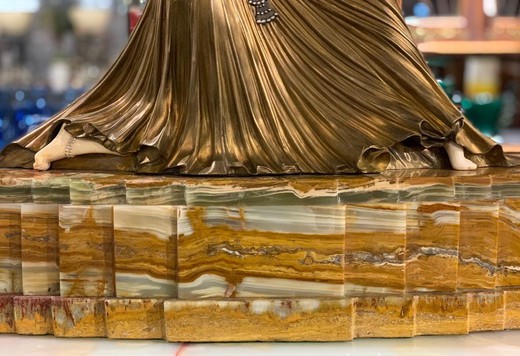 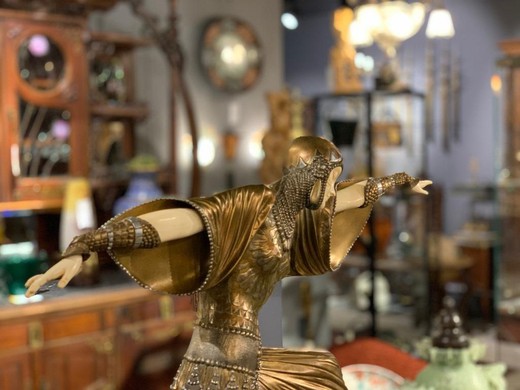 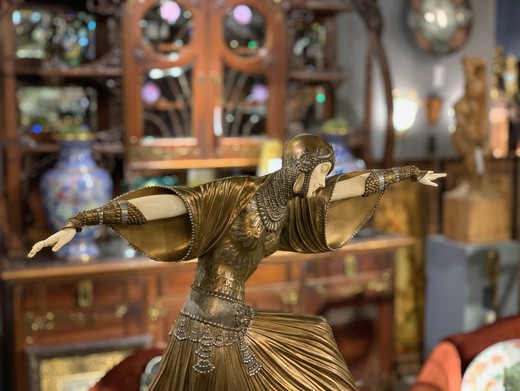 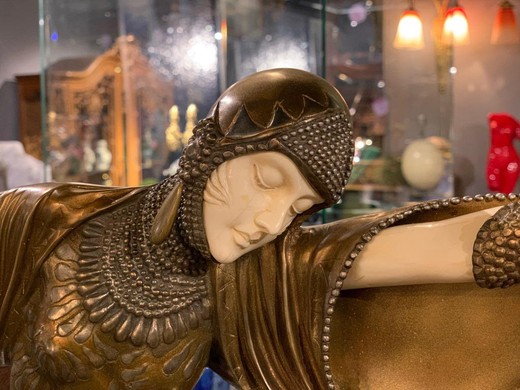 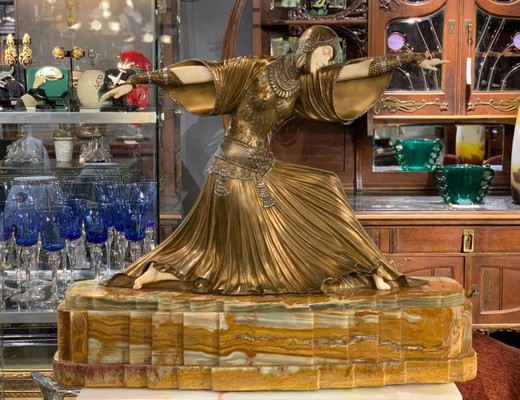 Antique sculpture, based on the sculptural composition "Thais" by Demeter Chiparus.The sculpture is made of bronze, it is coated with gilding and silvering. The face, legs and arms of the depicted lady are made of bone. Pedestal - onyx.

The creation of his masterpiece by Chiparus was inspired by the opera Jules Massenet Thais, which premiered at the Grand Opera in 1894. The libretto of the opera was written based on the novel by Anatole France, which tells about the famous Athenian getter Thais, the beloved woman of Alexander the Great. The sculpture captures the famous opera singer Sybil Sanderson.

Altogether, Demeter Chiparus created no more than five sculptures made using this model.

The period of creation of this composition: America, the 1970s.