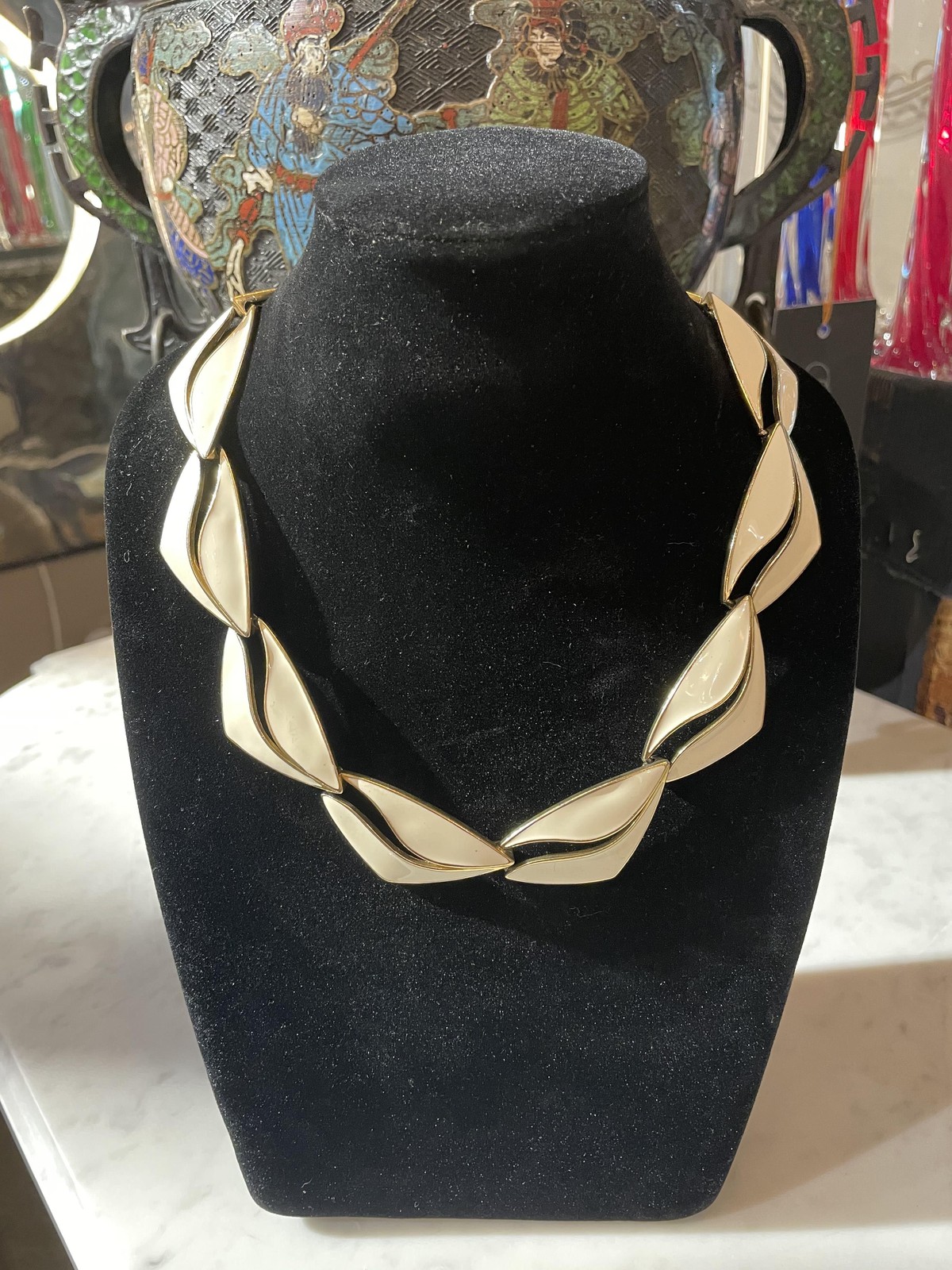 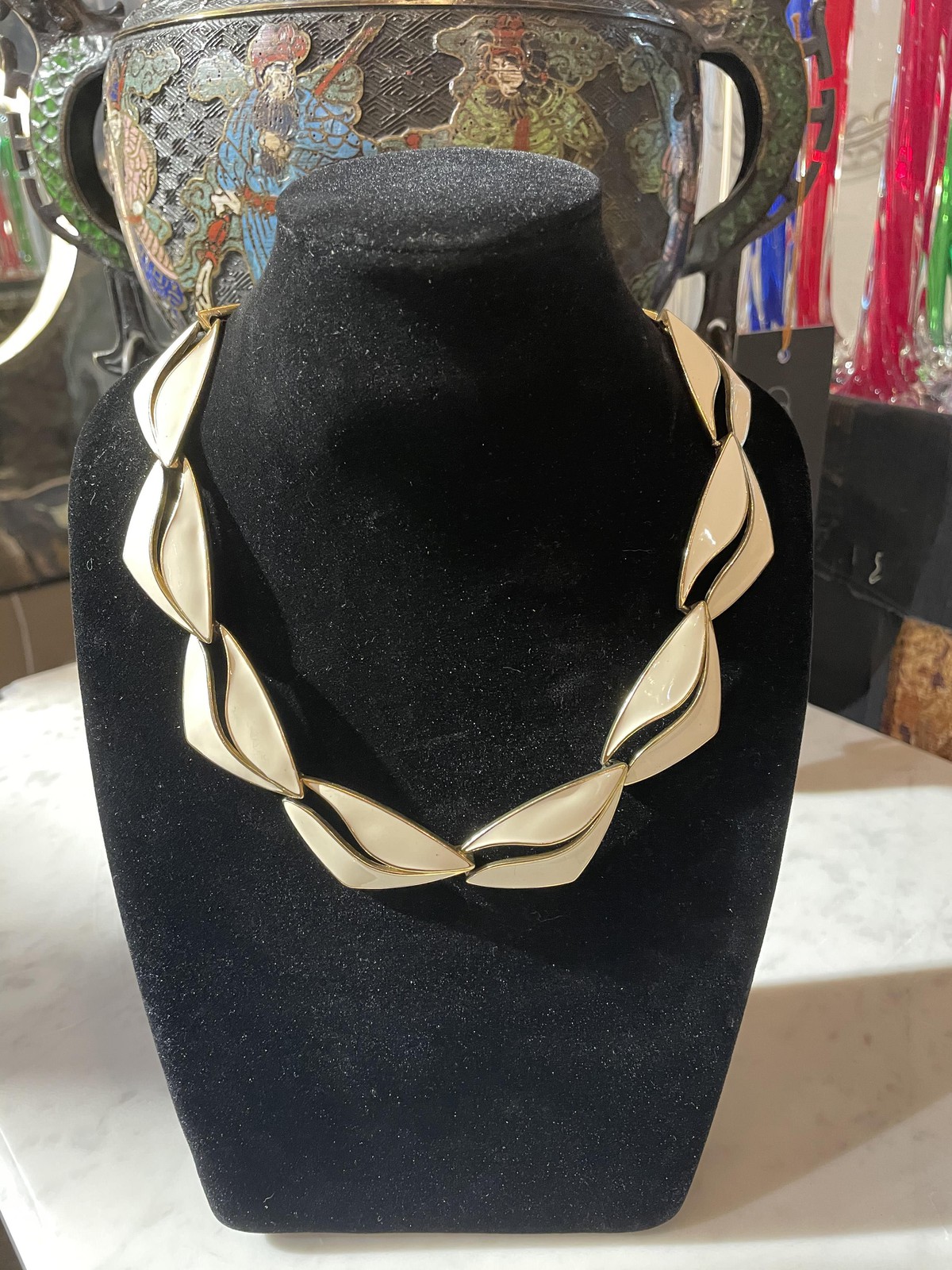 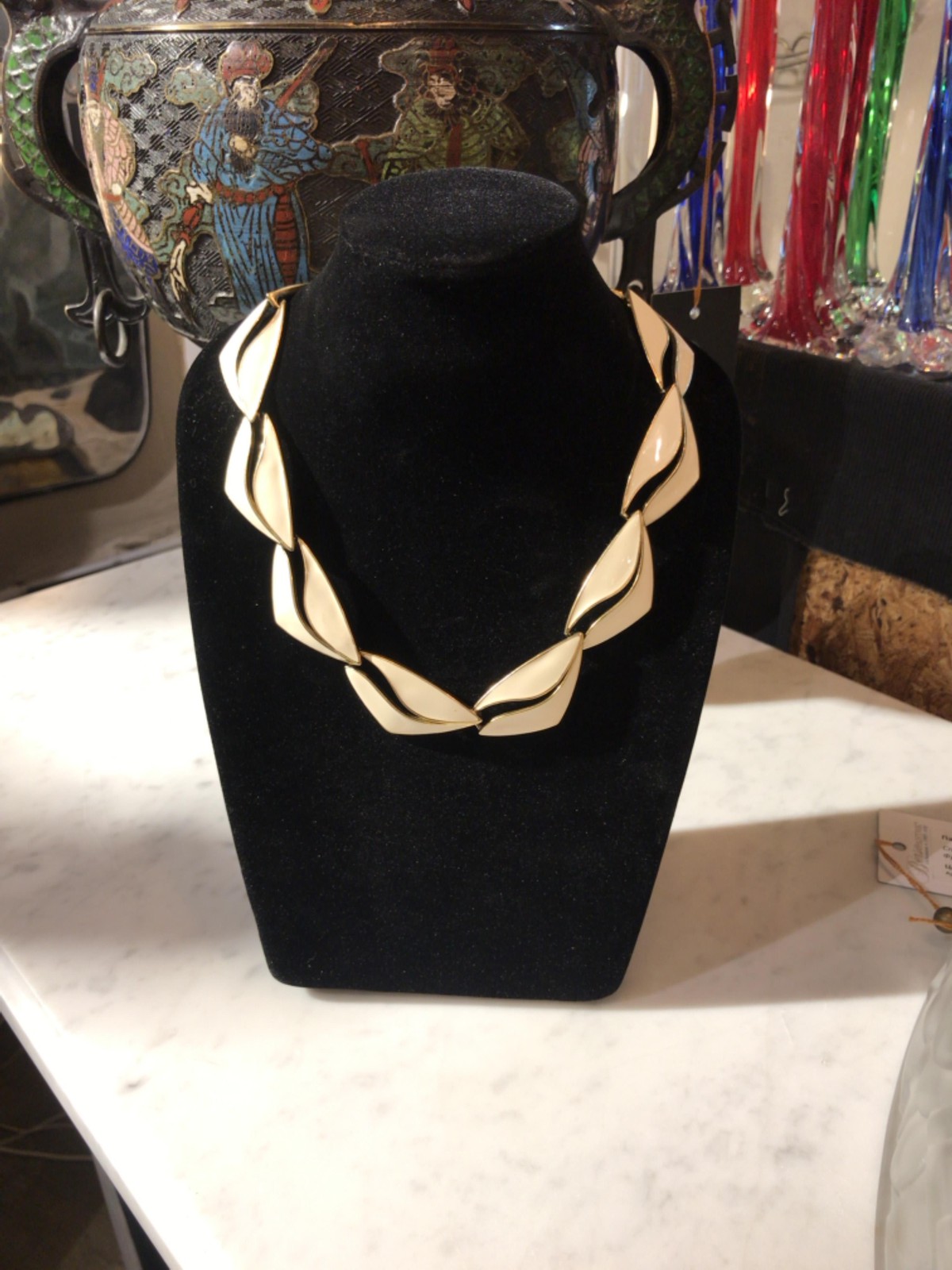 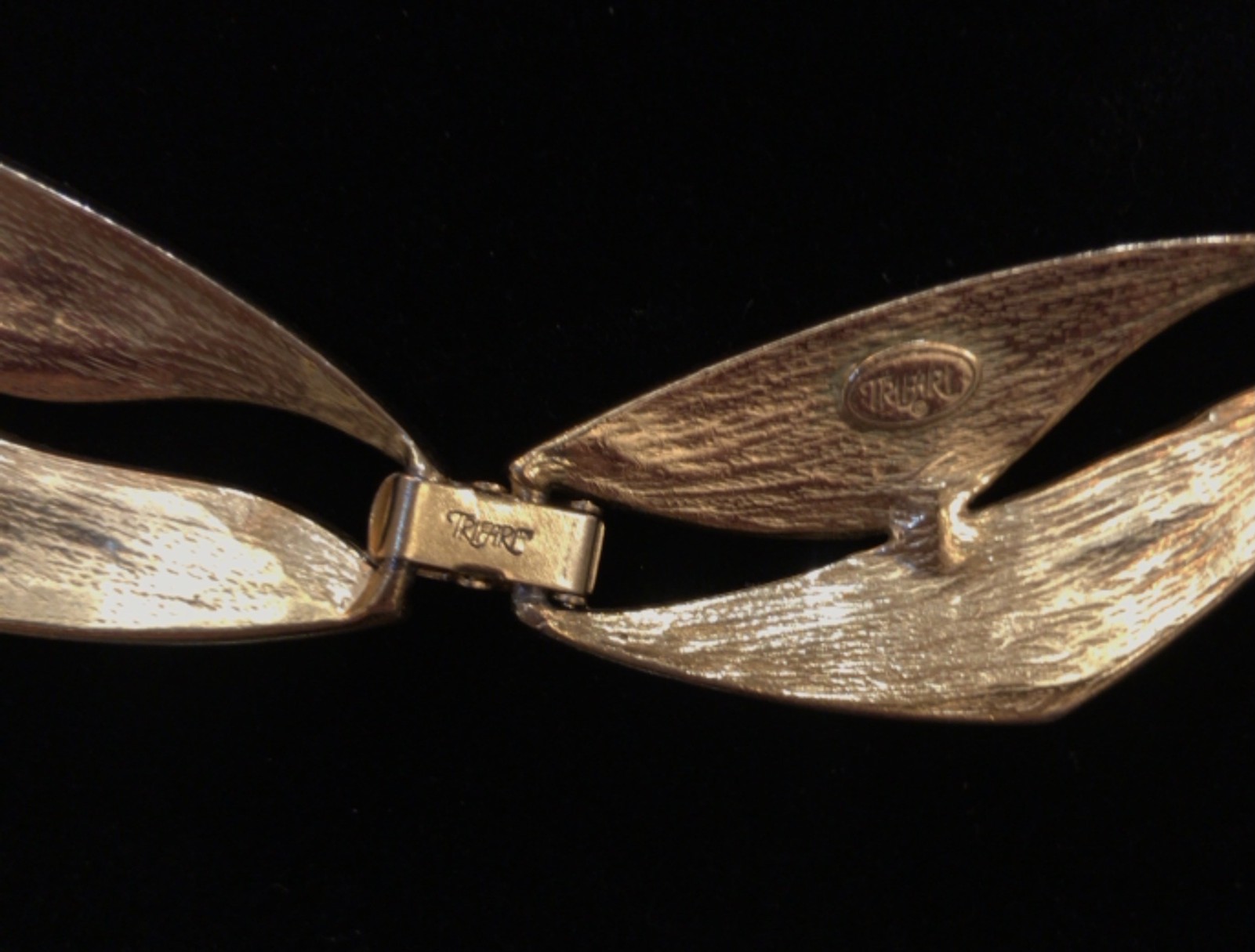 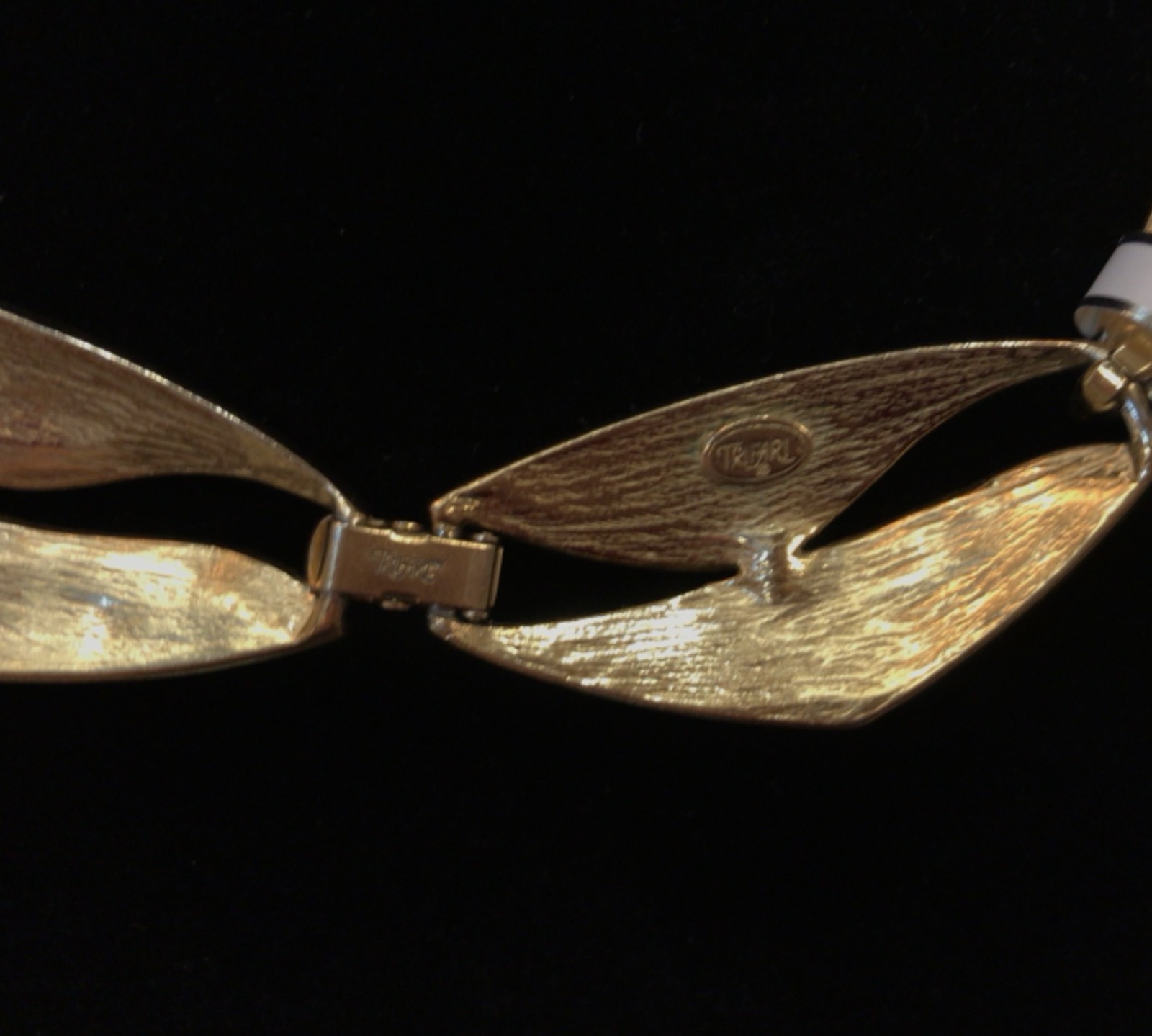 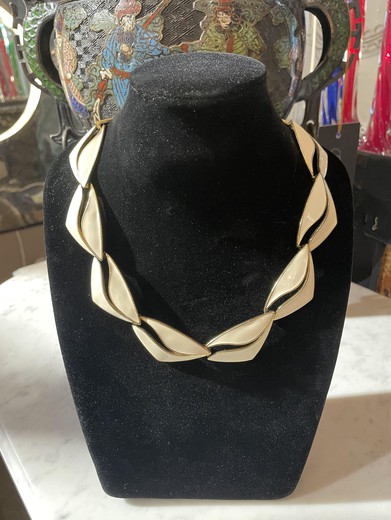 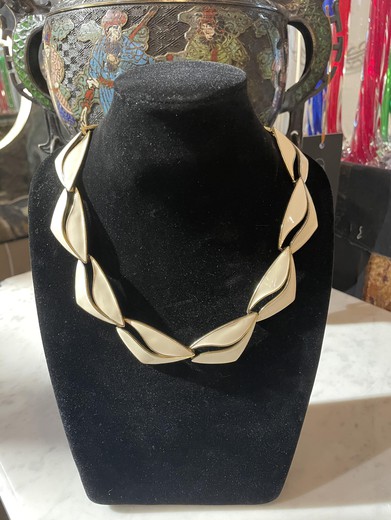 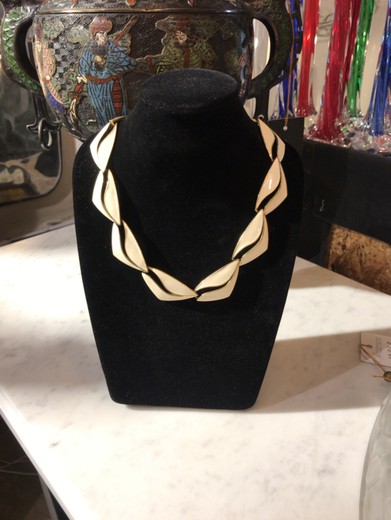 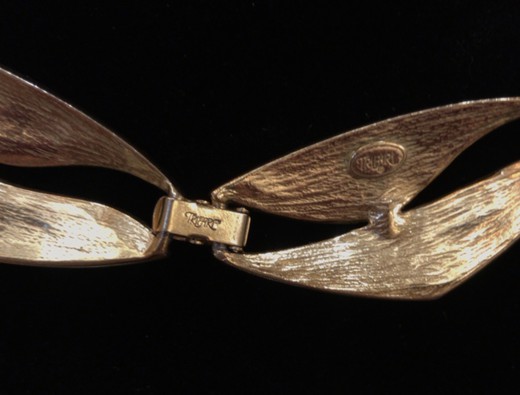 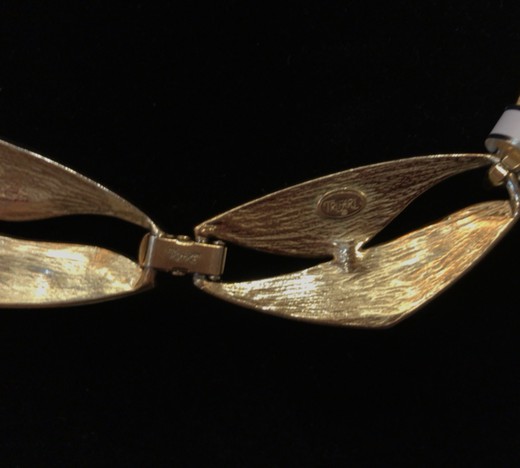 Vintage necklace "Trifari". Made of jewelry alloy and coated with enamel. The lock and on the back is marked "Trifari". United States, 1970s.

The history of the Trifari brand began when in the 1910s, a native of the family of Italian jewelers Gustavo Trifari, together with his uncle, founded the Trifari and Trifari company. Two years later, the firm changed its name when three partners - Leo Krussman and Karl Fishel joined it. Together with the name - "Trifari, Krussman and Fischel" - the brand has also changed, becoming the abbreviation "KTF". But later, the T-crowned with a crown became the trademark of Trifari. In 1930, the jeweler Alfred Philippe became the main find of the company's management, who became the head of the design department from the 1930s to 1968. Prior to joining Trifari, he worked for the jewelry companies Cartier and Van Cleef & Arpels. The chief designer brought the so-called “invisible fasteners” and different cuts to the jewelry from the jewelry business. Hollywood movie stars and even first ladies began to wear "Trifari" products.