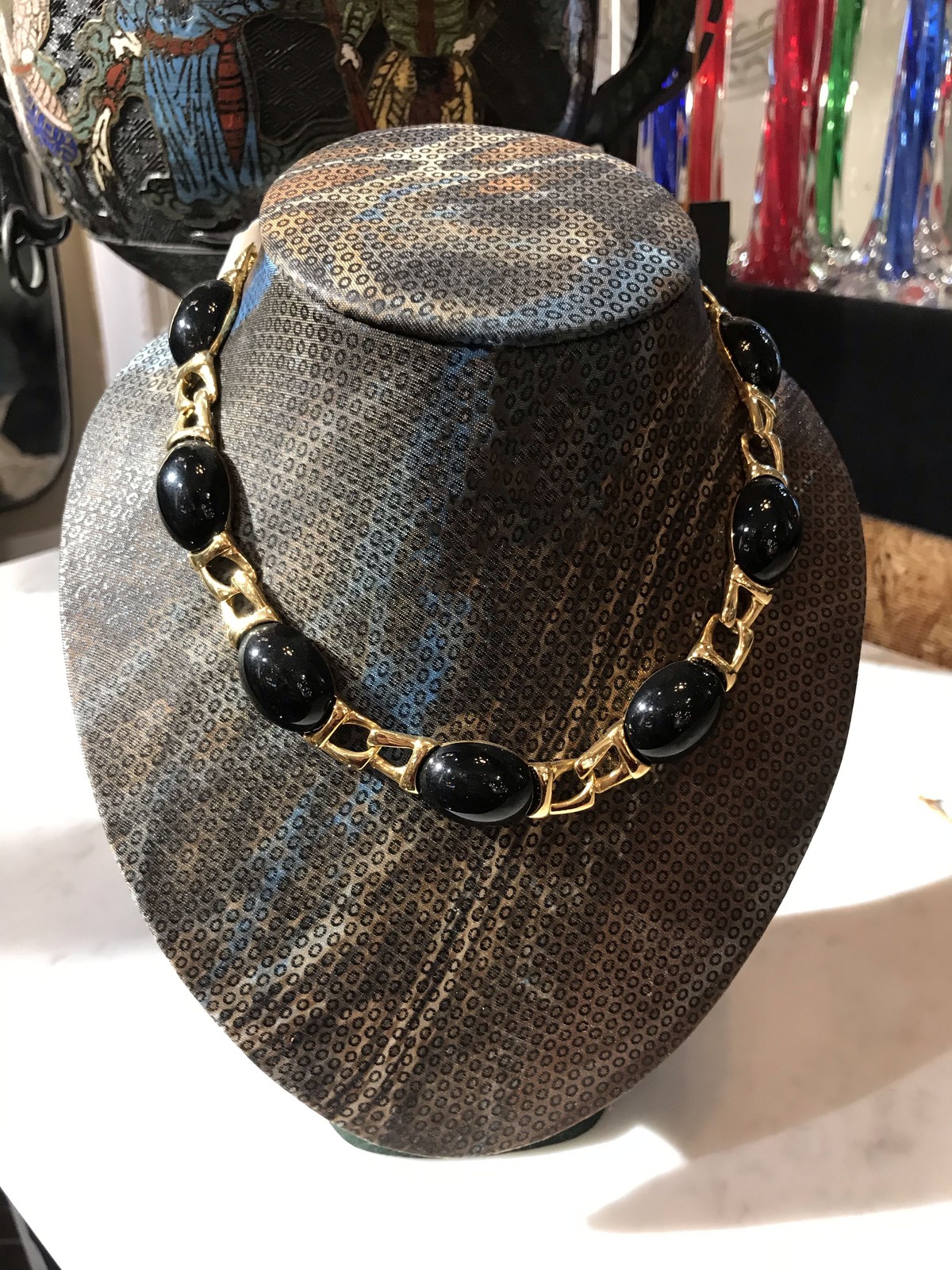 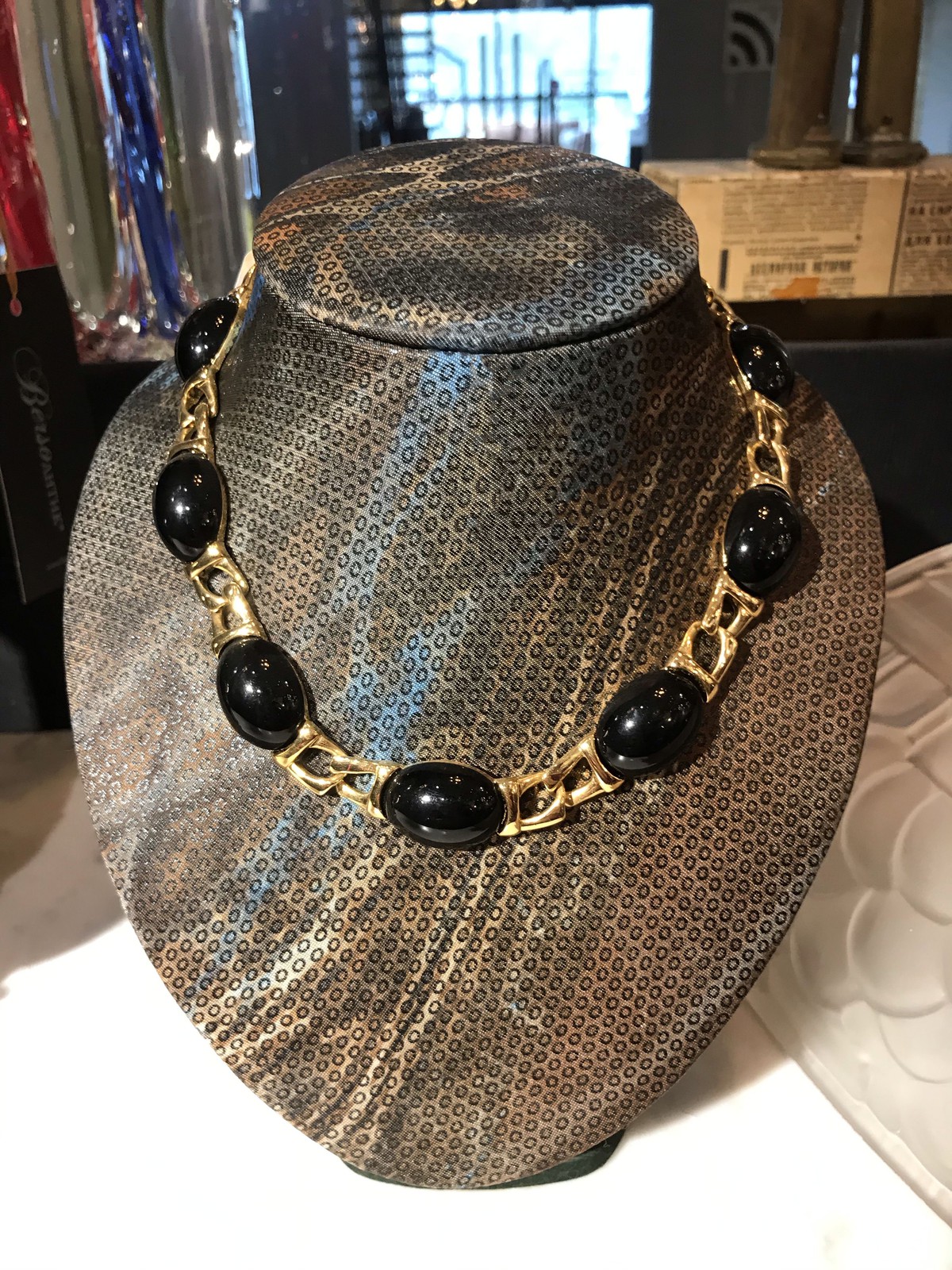 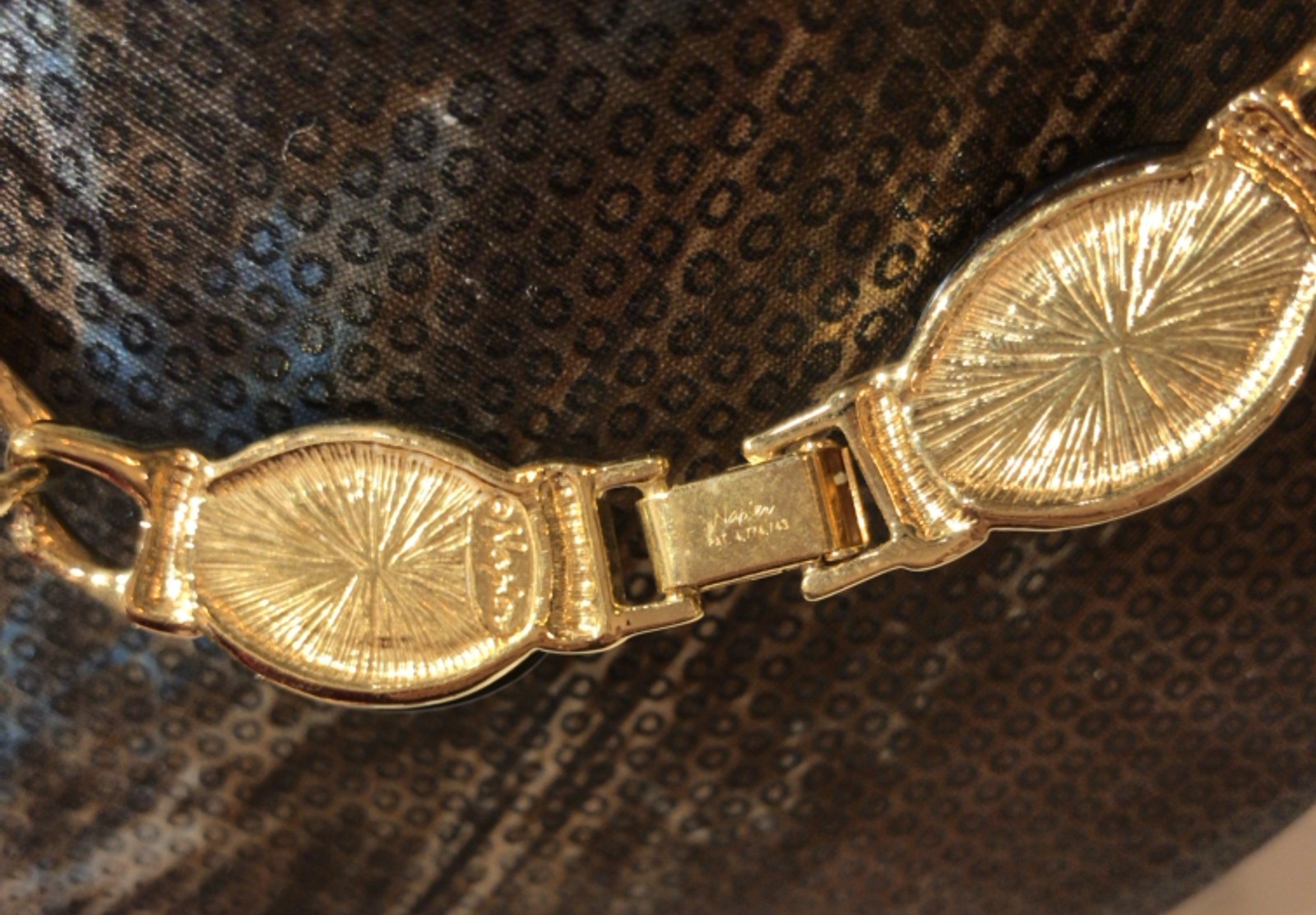 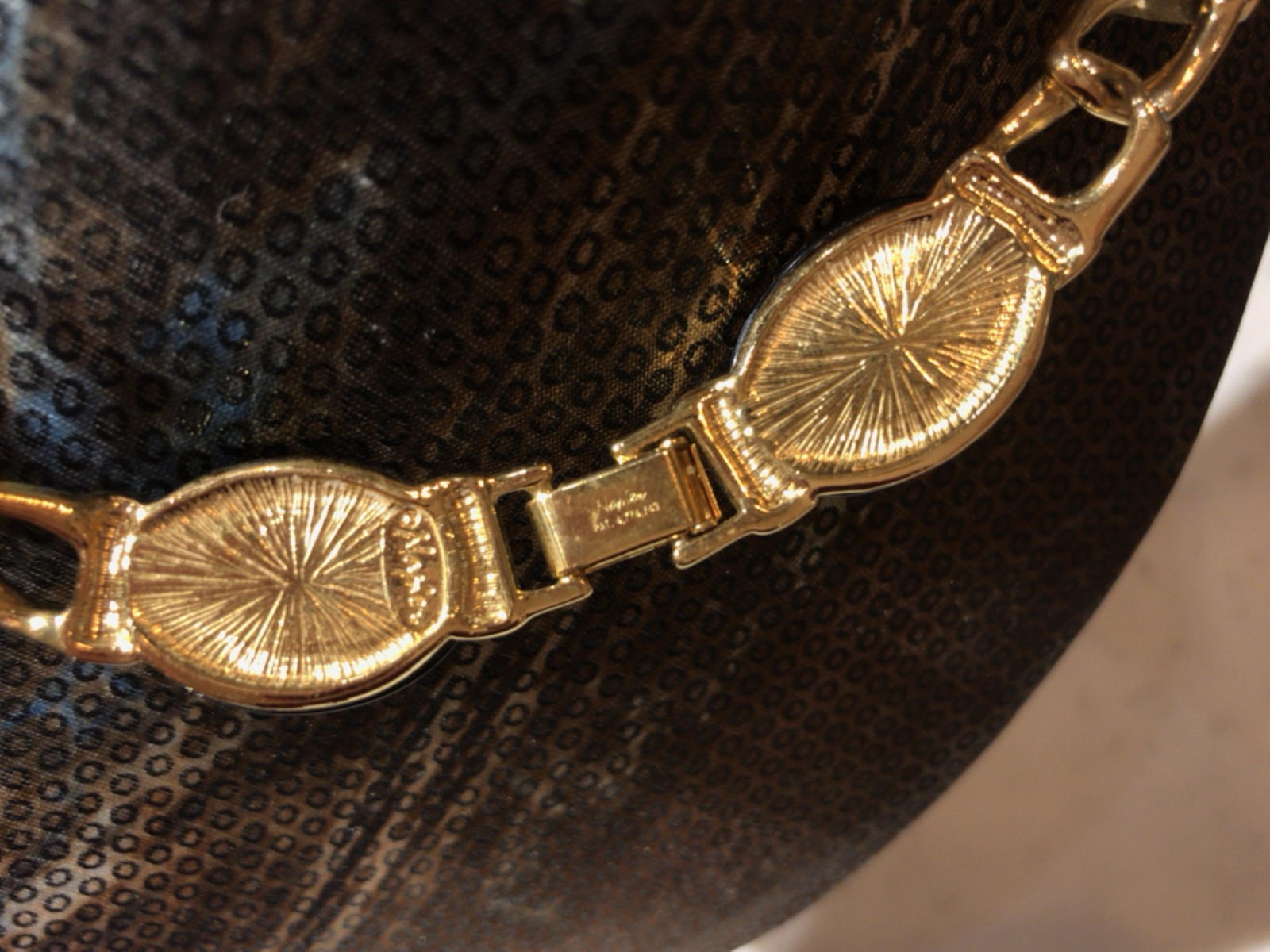 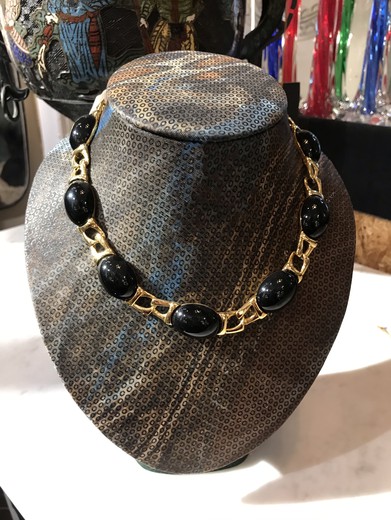 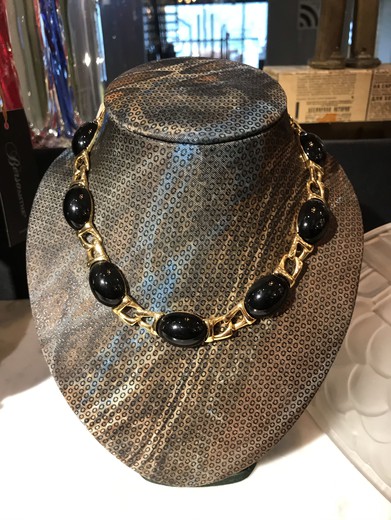 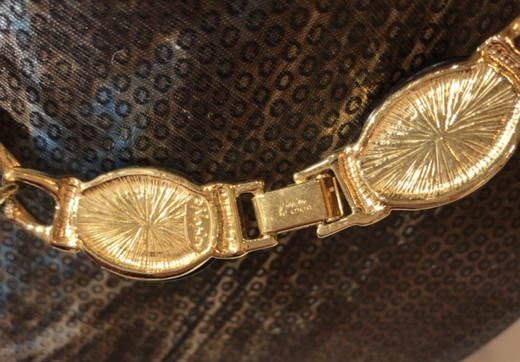 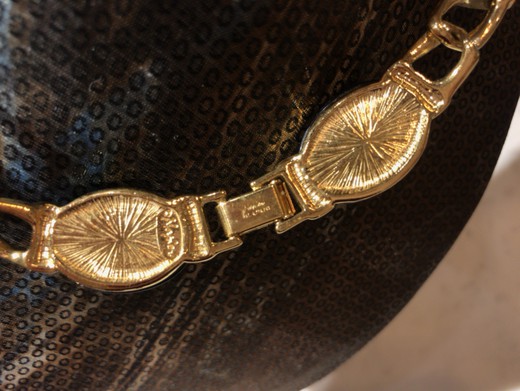 Vintage necklace "Napier". Made of jewelry alloy and decorated with cabochons. The lock and on the back is marked "Napier". United States, 1950-60s.

Napier was founded in 1878 in Massachusetts under the name E. A. Bliss Co. and was engaged in the production of gold chains for men's watches. In the 1890s, the company moved to Meriden, Connecticut, where the business began to expand significantly with jewelry and costume design. The name, thanks to which it is known to the majority, the company acquired only in the 1920s, renaming itself first in "Napier-Bliss Co", and then in "Napier Co."

In the 1920s and 1930s, Napier created necklaces, bracelets and earrings in a variety of styles, including Egyptian motifs such as cobras, Victorian designs and Art Deco motifs. In the 1950s, Napier presented First Lady Mamie Eisenhower with an elephant bracelet reputedly one of her favorite pieces of jewelry, and which she often wore. The Miss America 1955 contestants also wore Napier jewelry.

Napier products from the first half of the 20th century are in museum collections, including the Brooklyn Museum, the New York Museum, and a significant Napier collection is presented at the Dallas Art Museum.