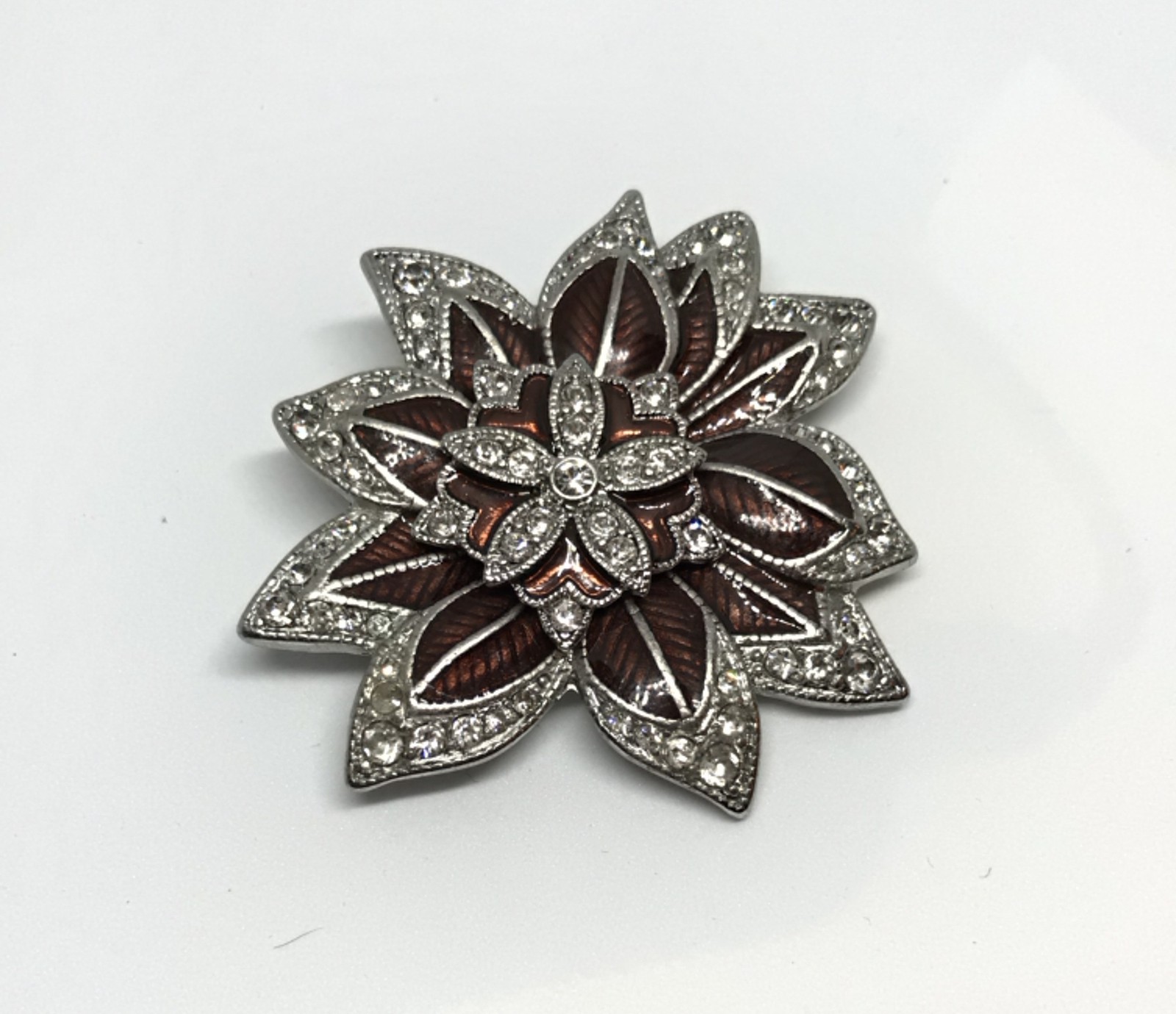 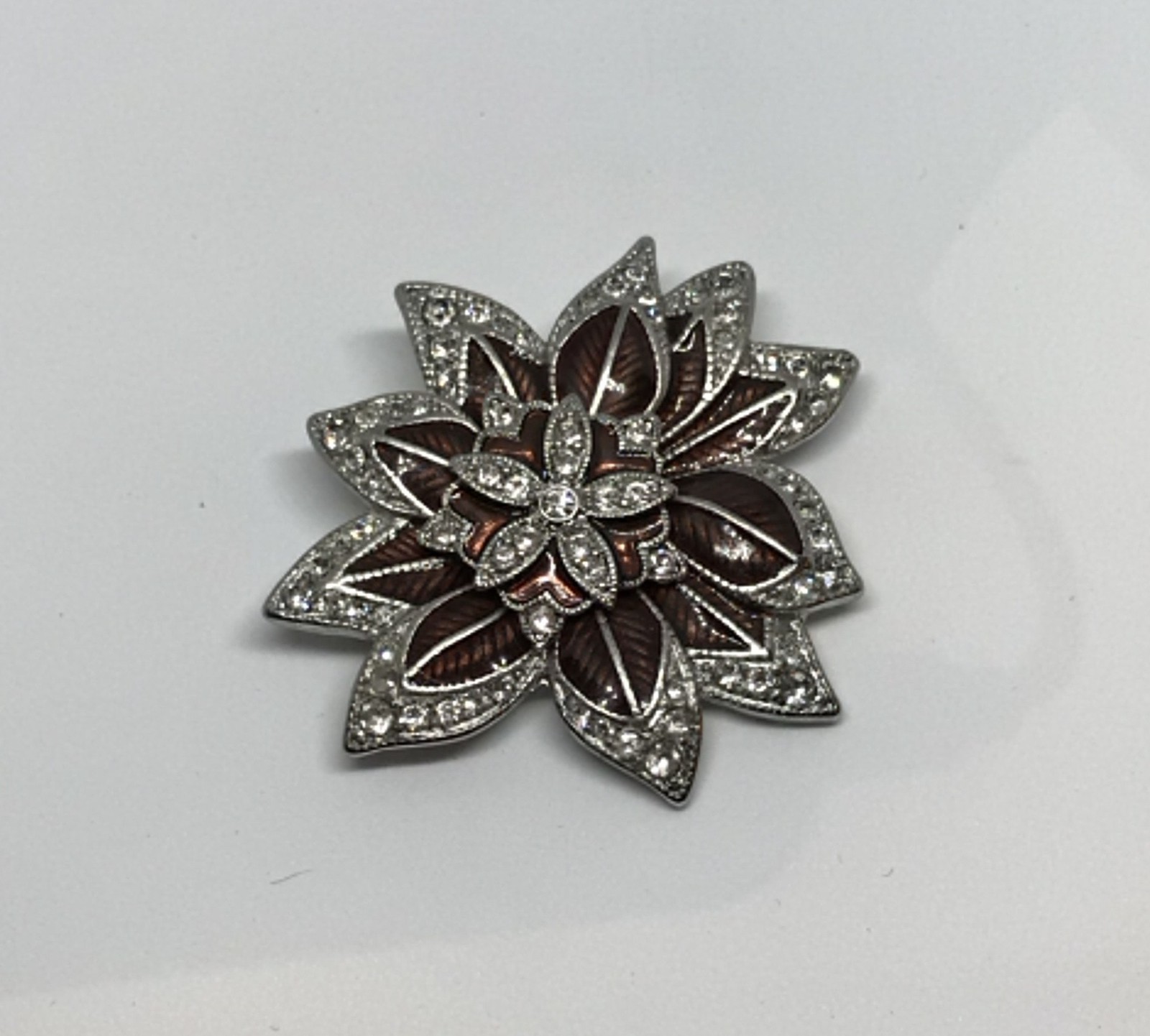 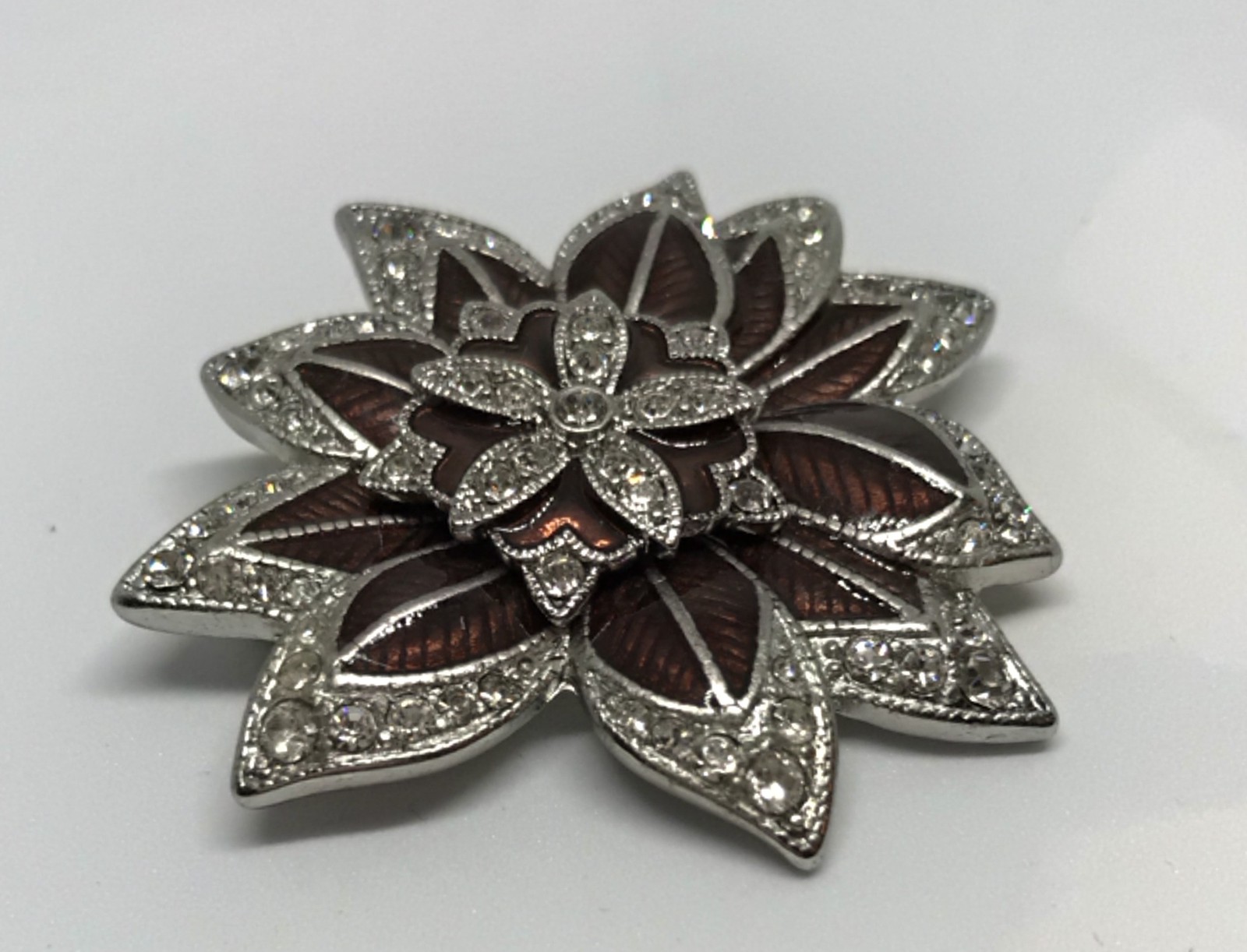 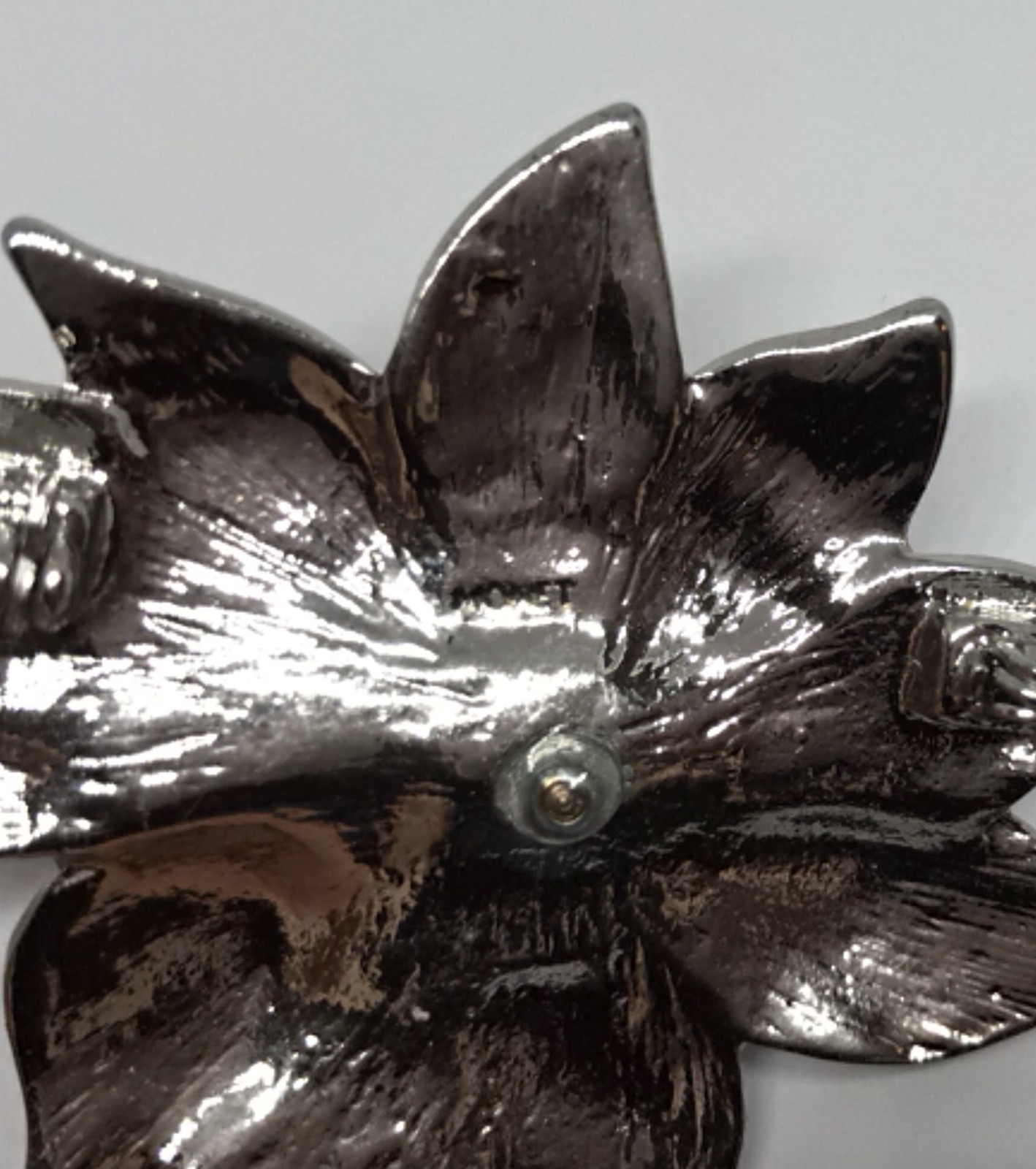 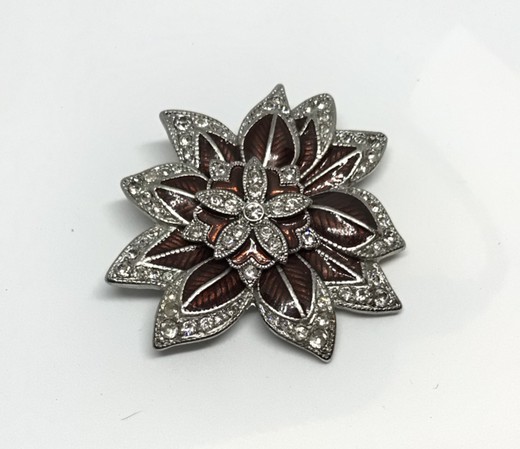 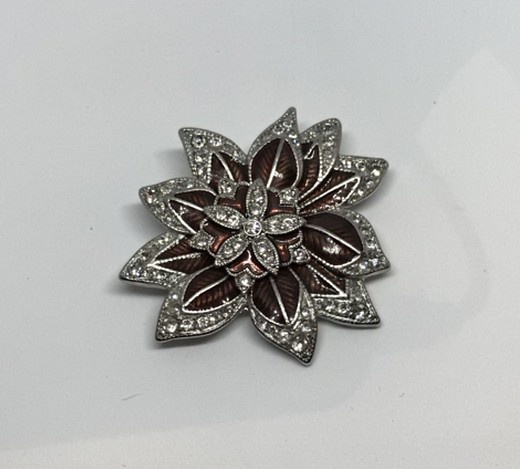 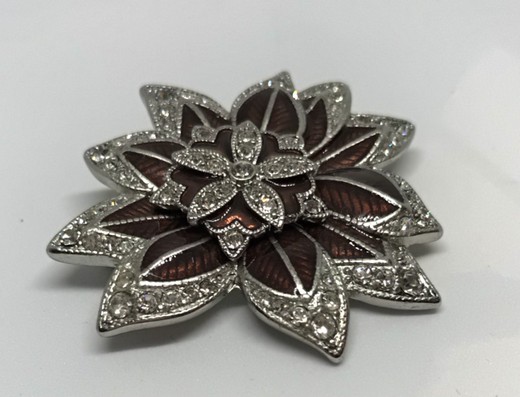 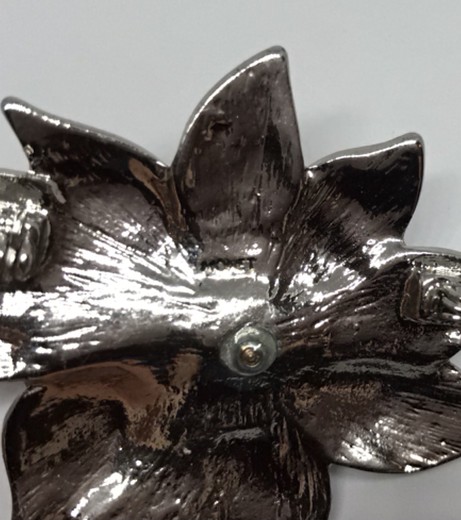 Vintage brooch made in the shape of a flower. Made of jewelry alloy, decorated with rhinestones and enamel. There is a stamp "Monet". United States, 20th century.

Monet was founded in 1929 by Michael and Jay Chernov. They specialized in making women's jewelry and gilded monograms. Initially the company was called "Monocraft", but in 1937 it was renamed "Monet", and in 1955 it began to sign its products. In 1968 "Monet" moved to a new level by releasing a series of jewelry for the Yves Saint Laurent fashion house.