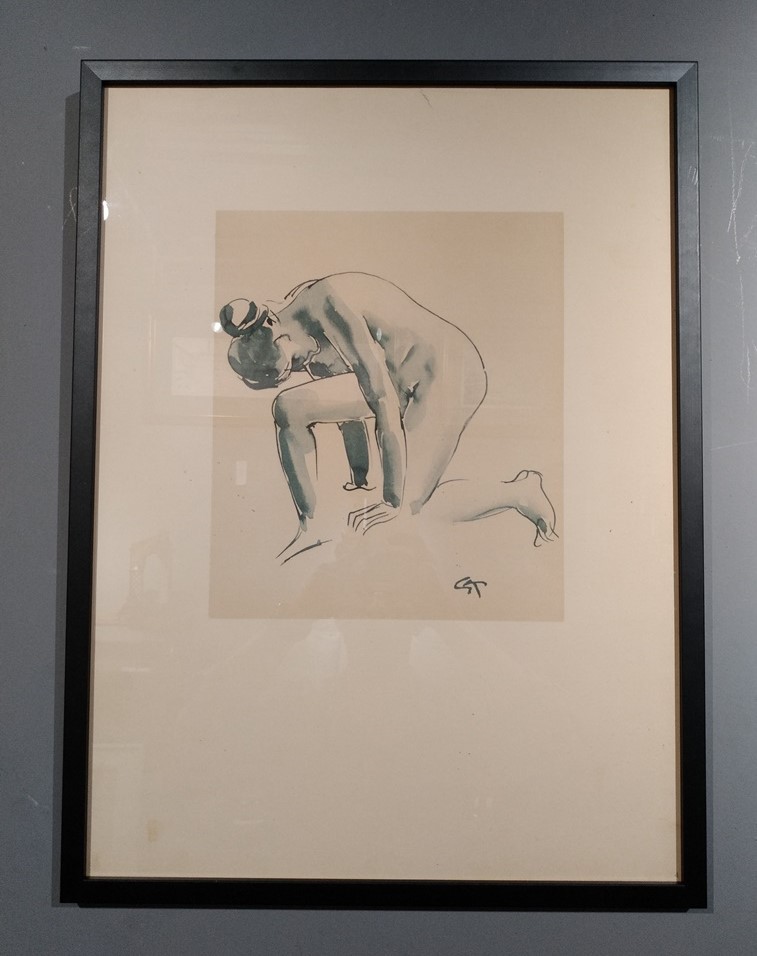 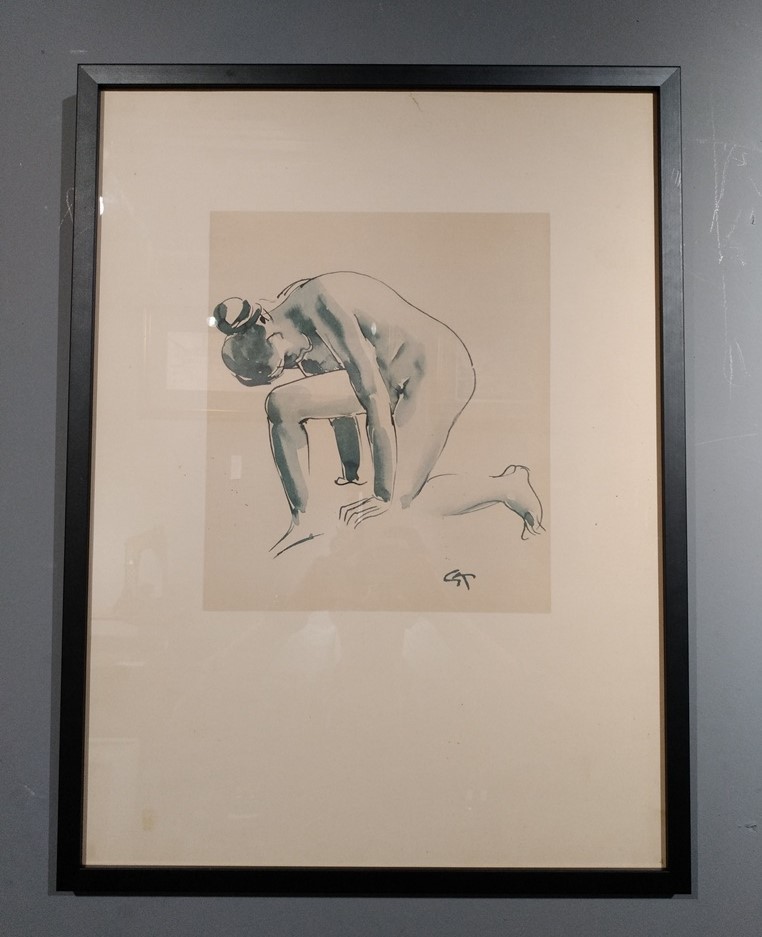 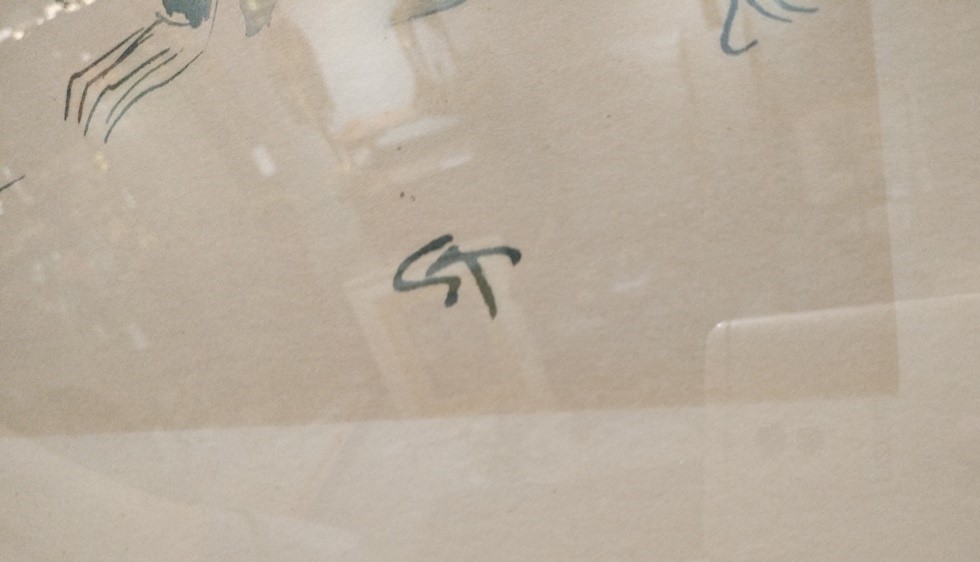 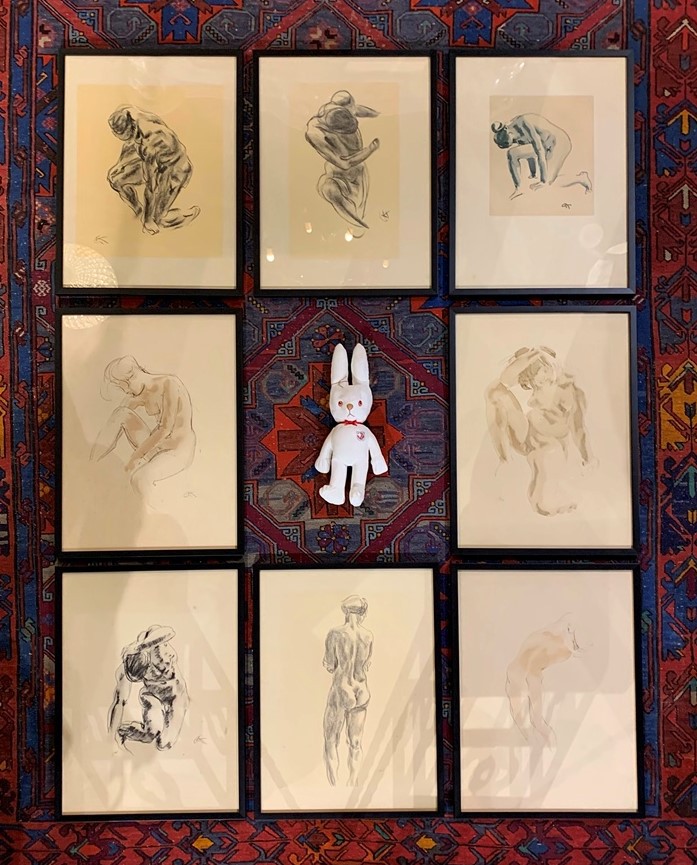 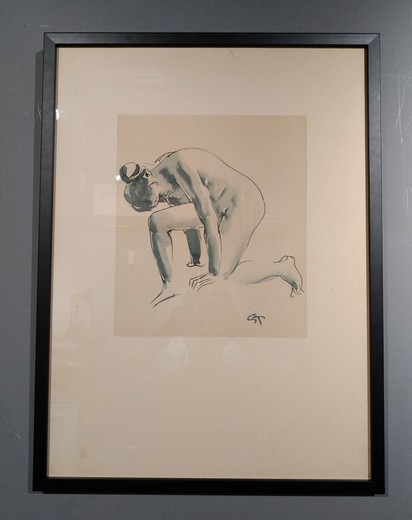 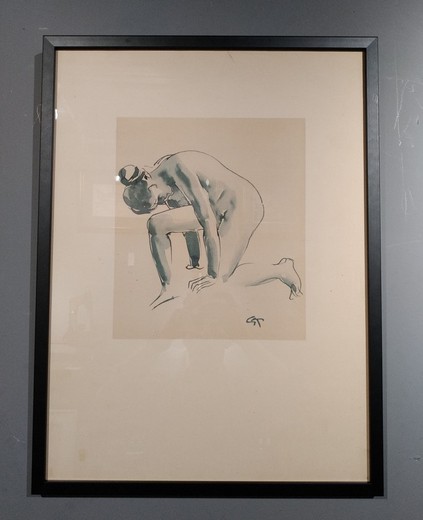 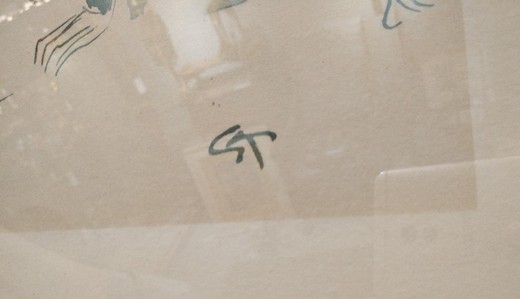 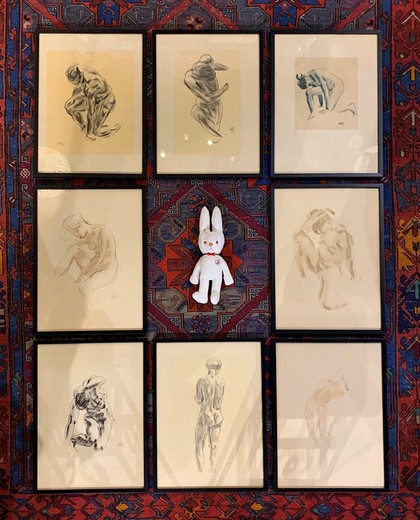 Antique lithograph "Actress". Author: Georg Kolbe. There is an ex-libris on the back. Germany, 1943. This work was brought from Munich after 1946 and was kept in a private collection.

Georg Kolbe (1877–1947) is known to the majority primarily as a sculptor, but he is one of the few masters whose graphic works were in no less demand among his contemporaries than his small sculptures and monumental sculptures. The sculptor's love for graphics originated in childhood: Georg Kolbe grew up in the artist's family. He received a decent education, graduating from the School of Applied Arts in Dresden, painting, and then supplemented his knowledge at the Academy of Arts in Munich and at the Académie Julian in Paris. Georg Kolbe took up sculpture in Rome, choosing the eminent neoclassicist Louis Tuayon as his mentor. After returning to Germany, he becomes a member of the Berlin Secession and makes important acquaintances, including with Paul Cassirer, in whose gallery his first large solo exhibition took place. From that moment on, Kolbe's career took off. Unfortunately, some of the sculptor's works created under the nationalist regime and corresponding to the aesthetics of the Third Reich were destroyed.

Kolbe himself never exhibited his graphic works separately, but starting in 1921, his graphics began to appear in solo sculpture exhibitions. The director of the Detroit Art Institute, Walter Valentiner, singles out several periods in the artist's graphics, including the so-called "blue ink drawings" (despite the telling name, not all of the master's works are made in blue tones). In the period from 1919 to the 1920s, Kolbe focused on small plastics and large drawings (not just sketches, but full-fledged works). Kolbe almost always signed his drawings with a monogram, but almost never dated them. Therefore, it is not known exactly when he began to create these drawings. Most of the drawings are nudes, whose forms are conveyed as succinctly as possible and leave room for imagination. Most often, various dancers and actresses acted as models for the artist. It is known for certain that the dancer Ziti Sundari, the ballerina “barefoot” Charlotte Bara, the pop dancers Vera Skoronel and Palucca, Eva Rechlin from the Red Dances group, and the dancer Ted Shawn were posing for him.