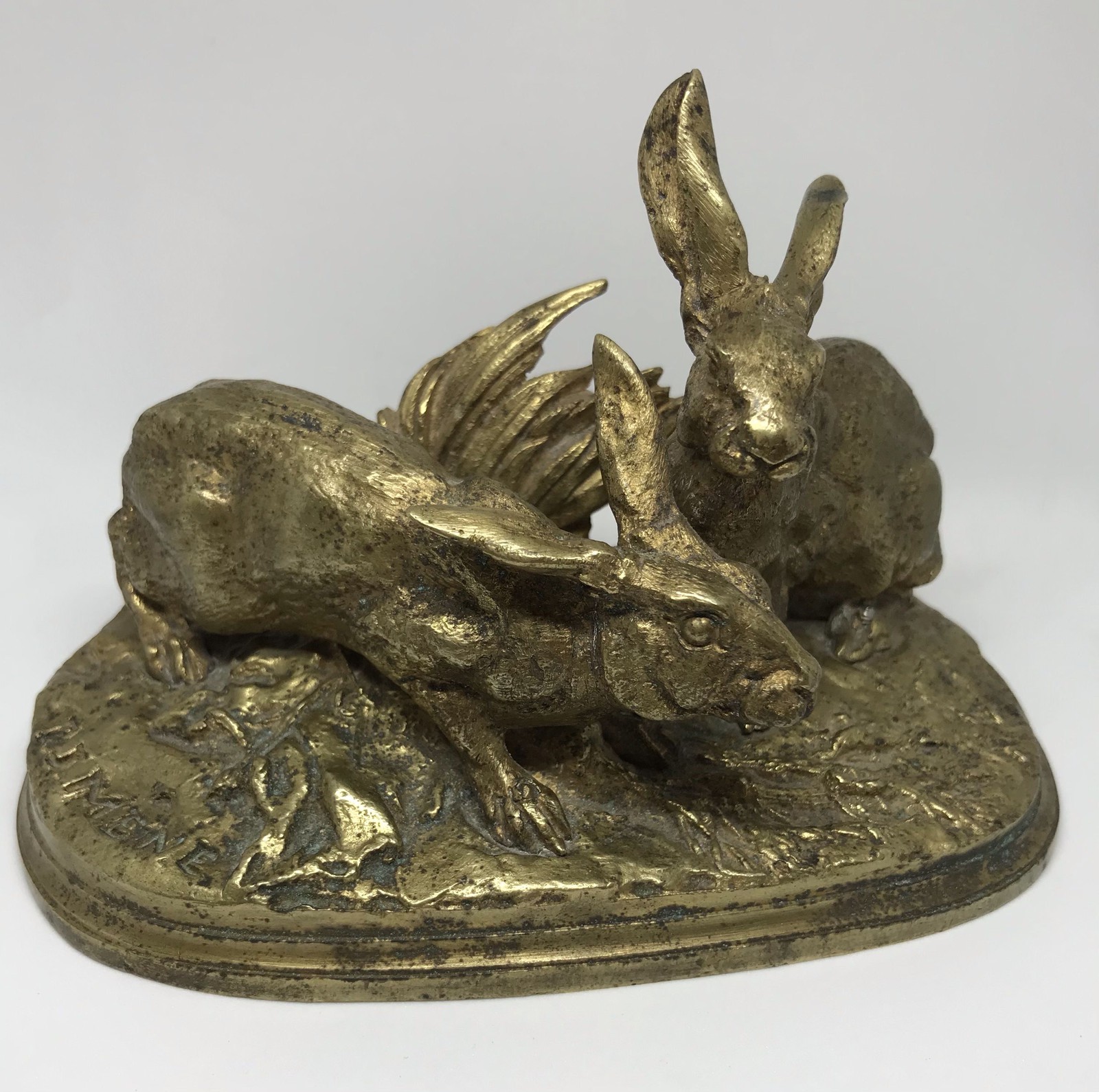 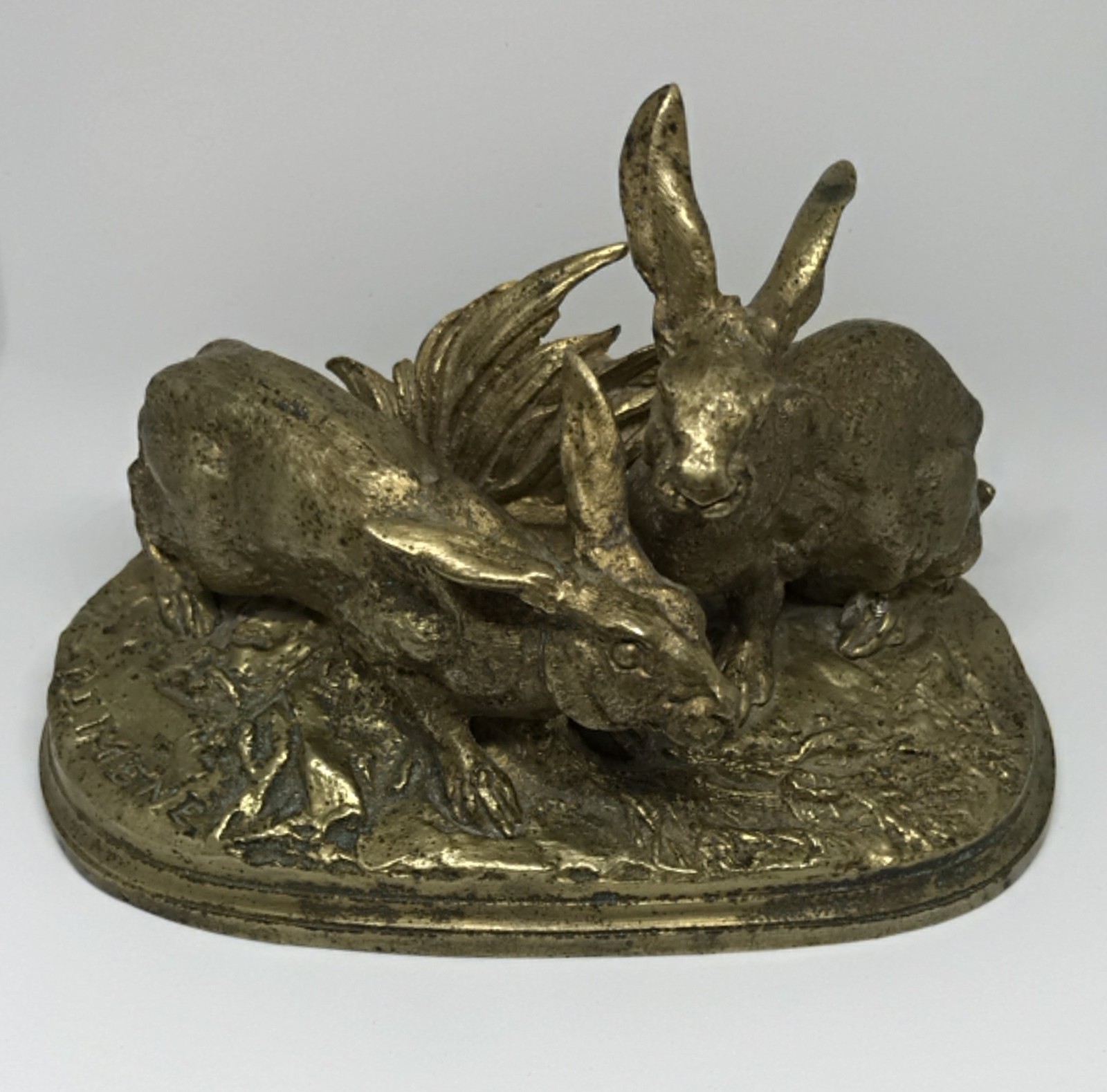 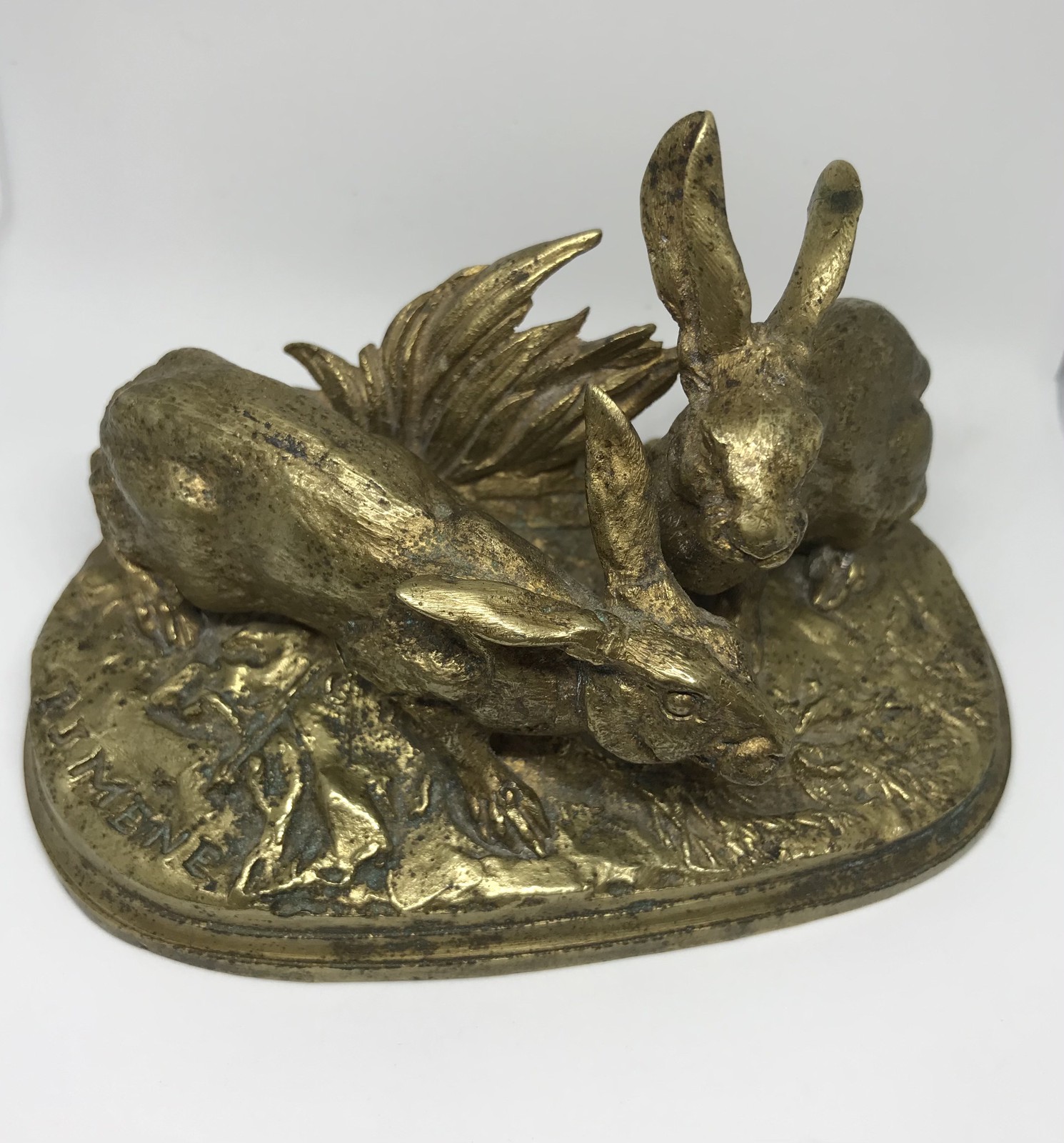 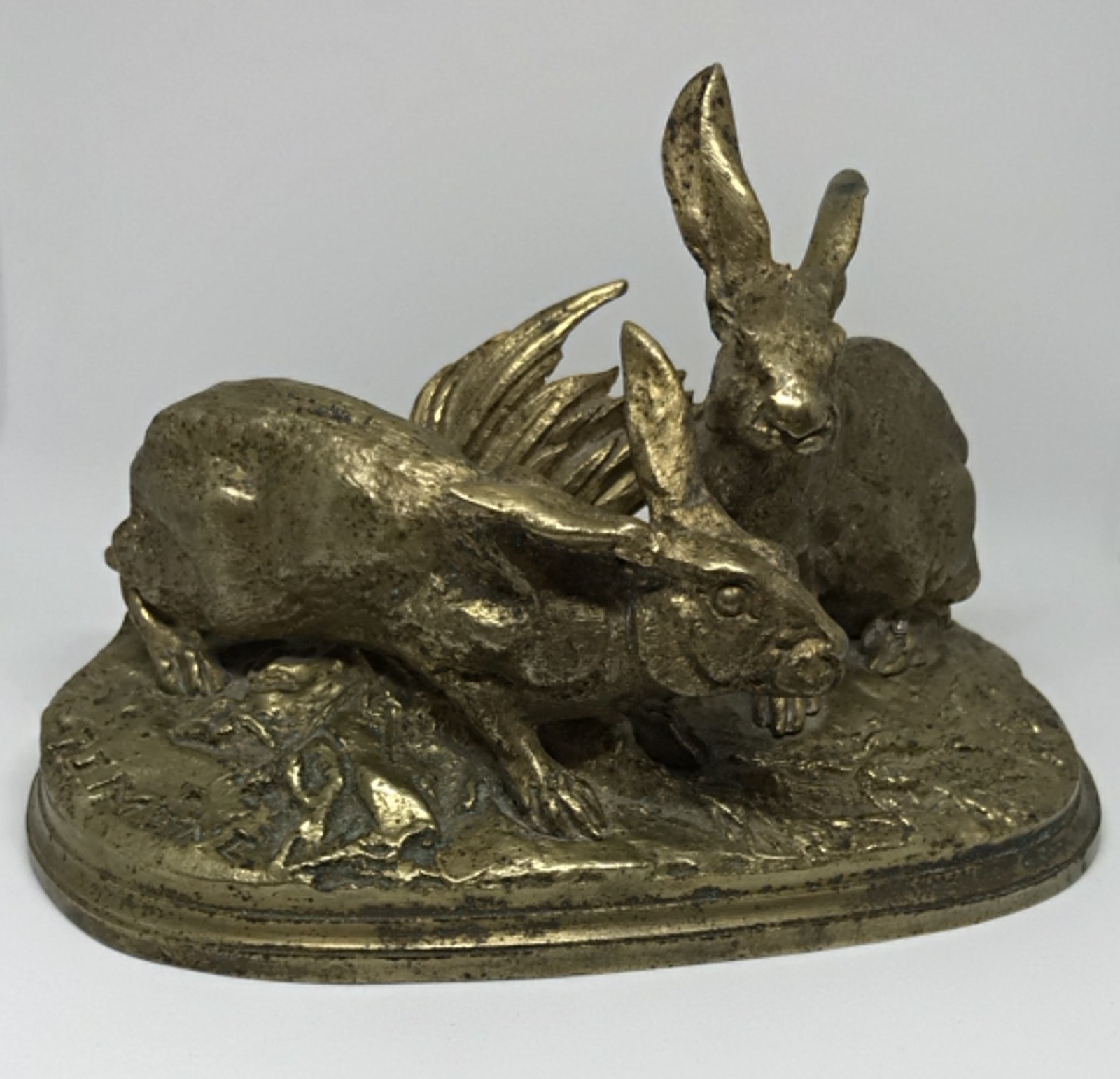 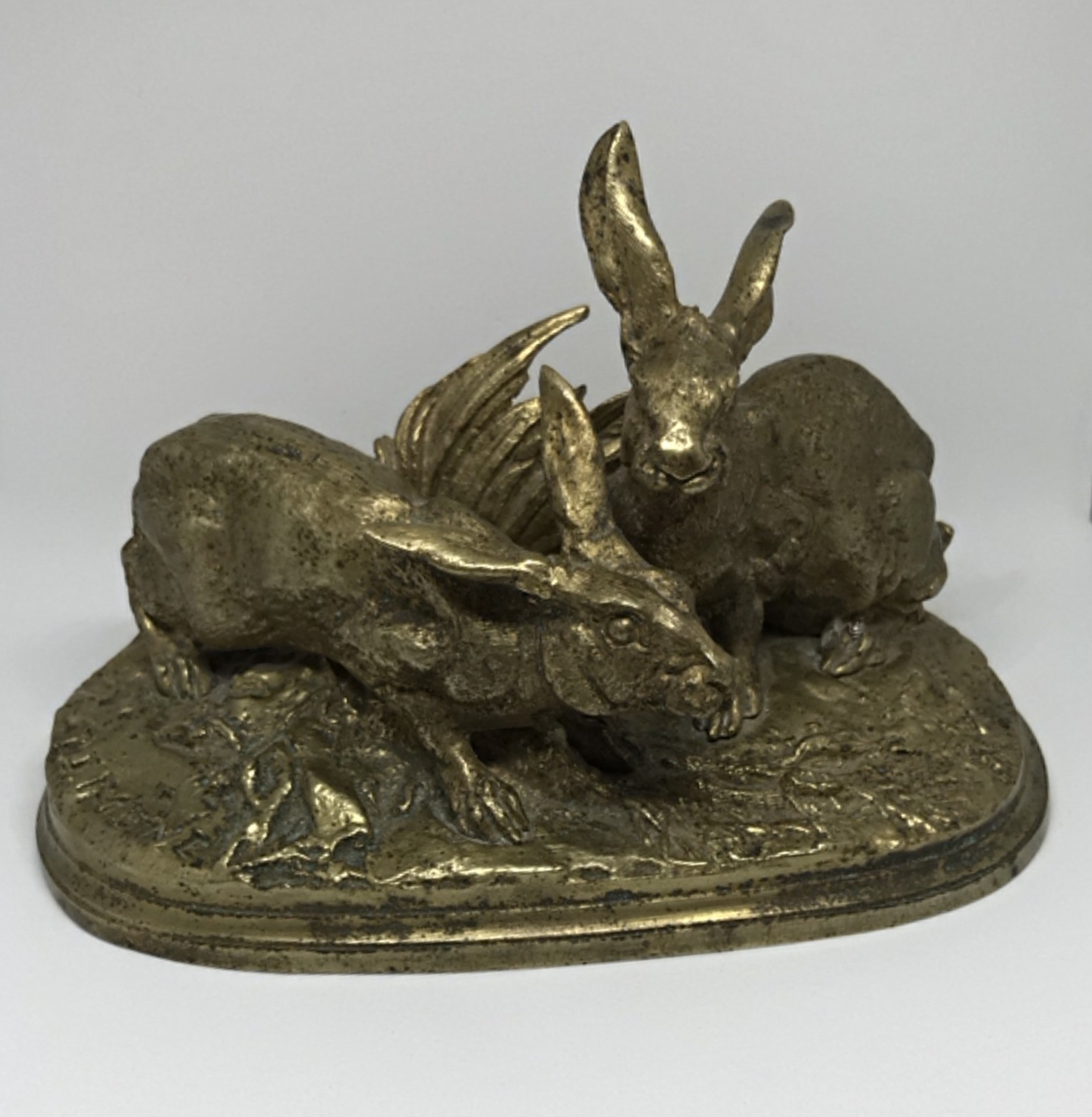 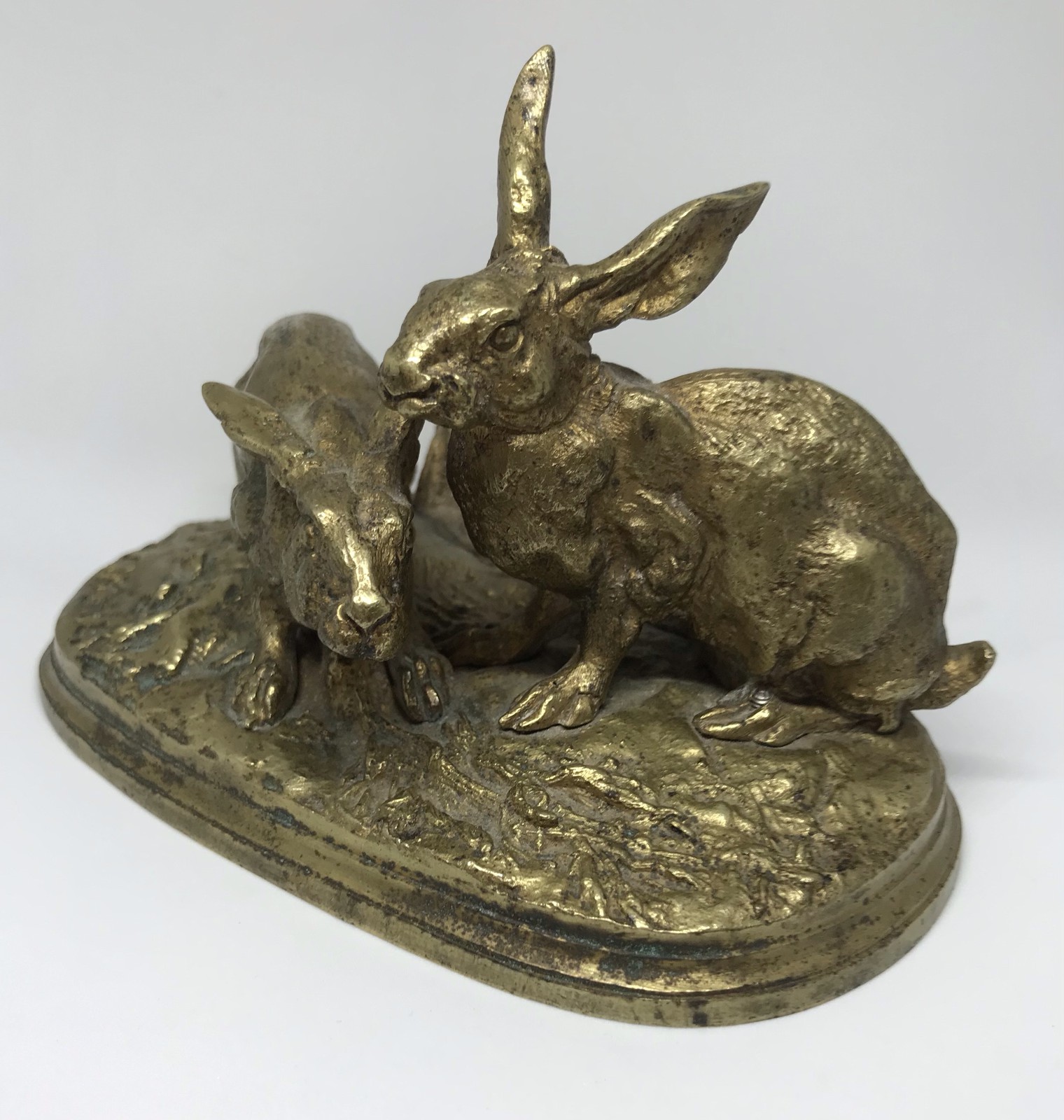 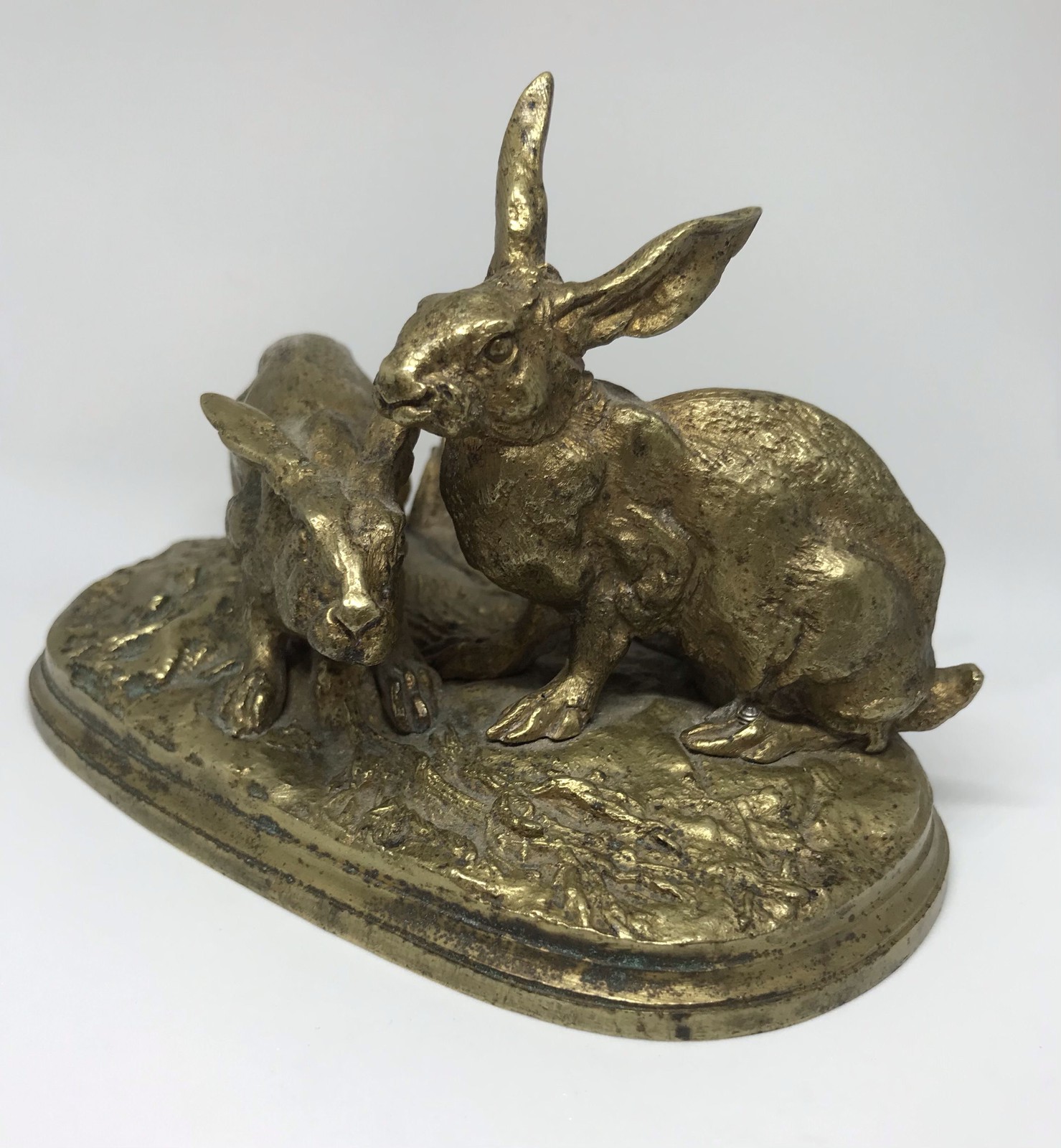 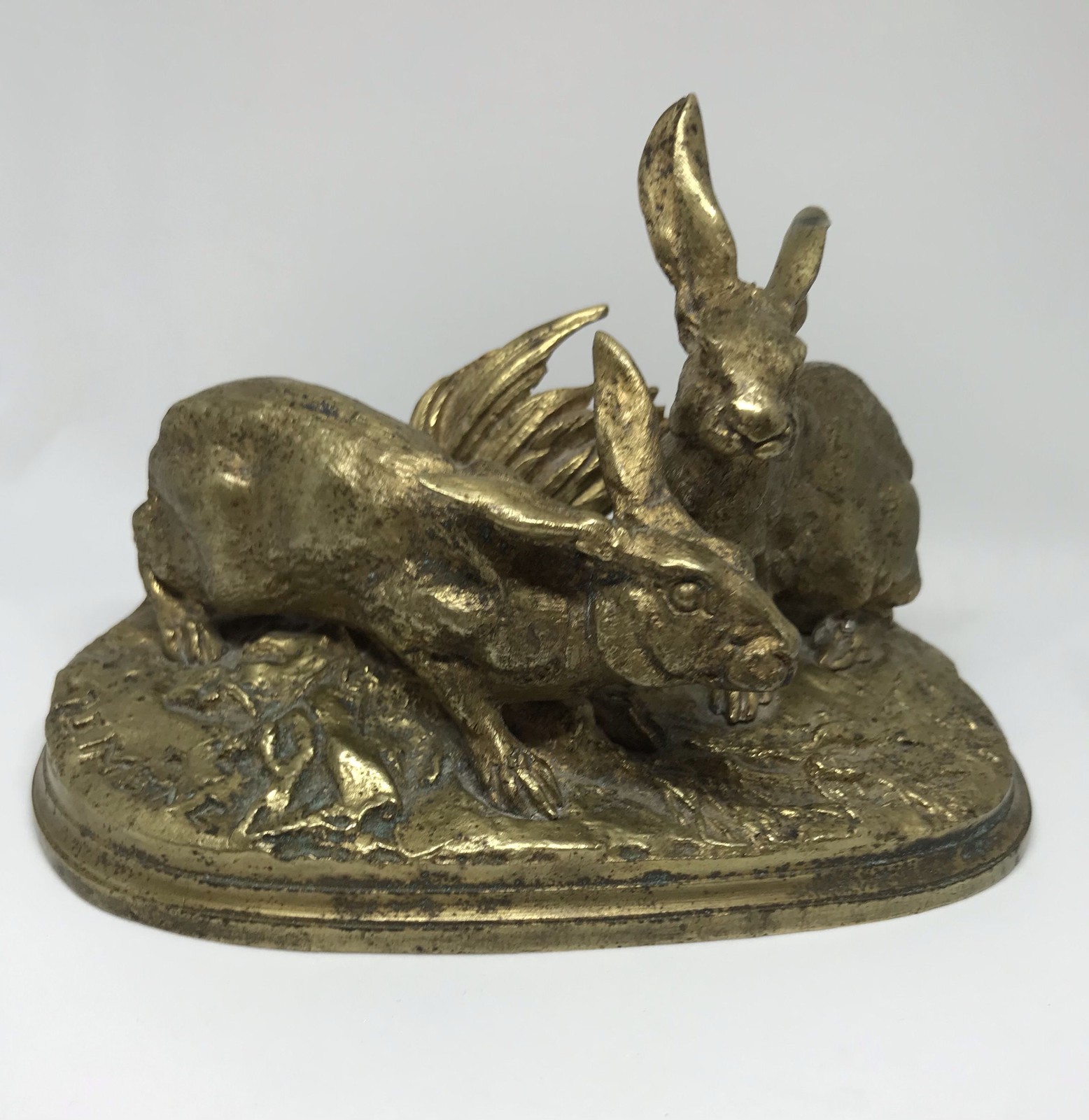 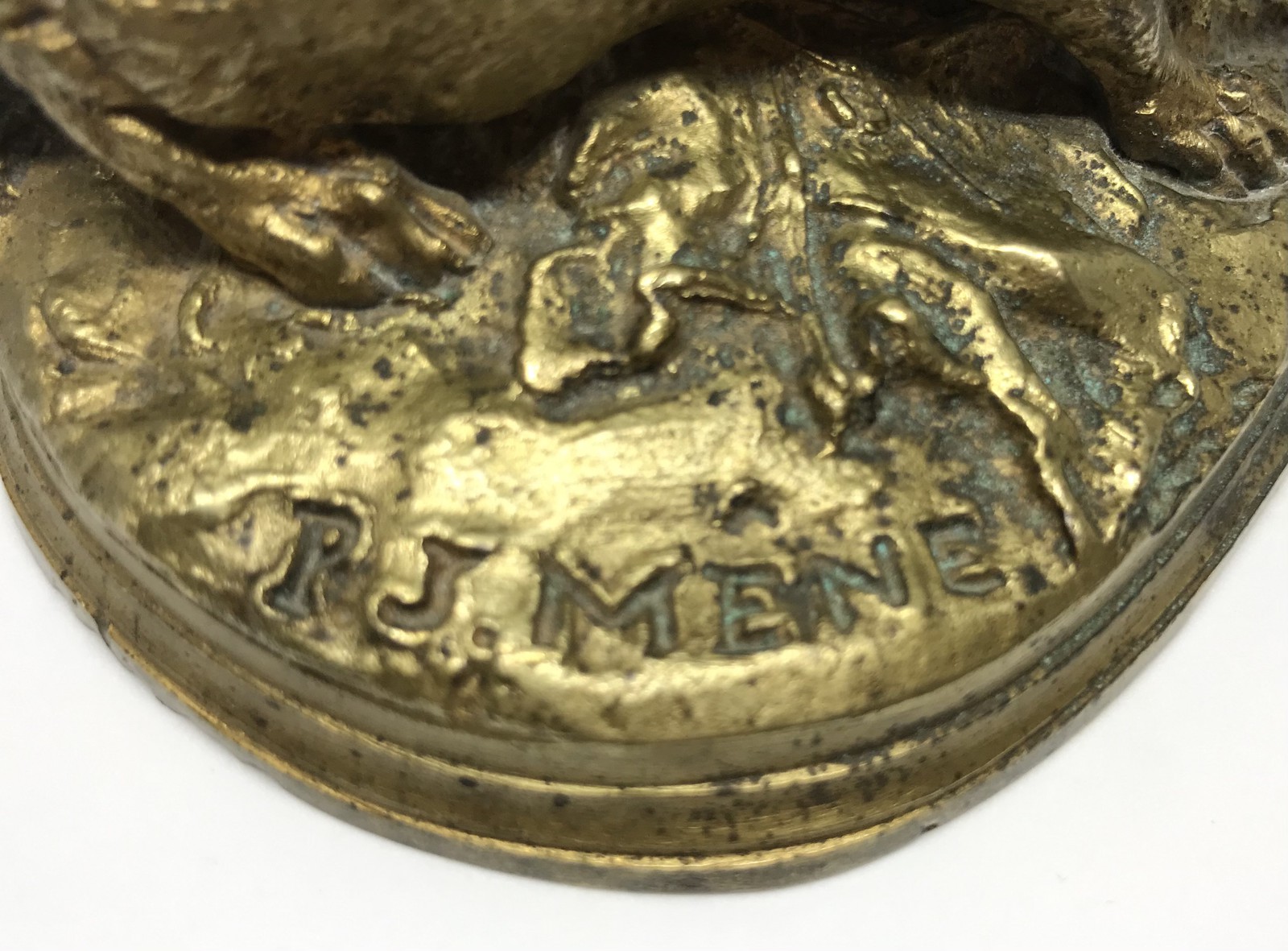 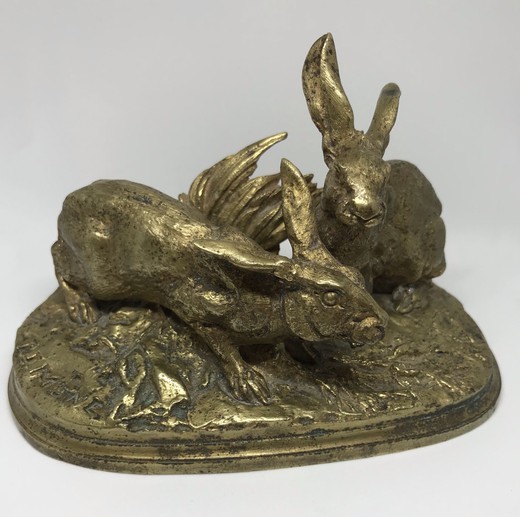 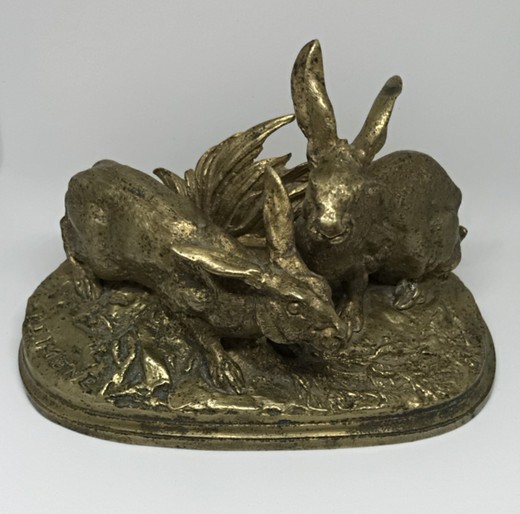 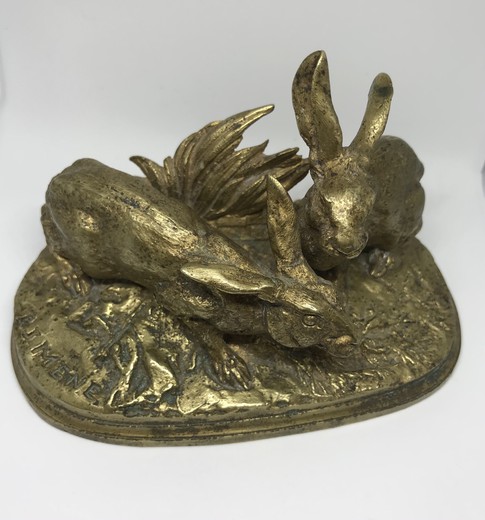 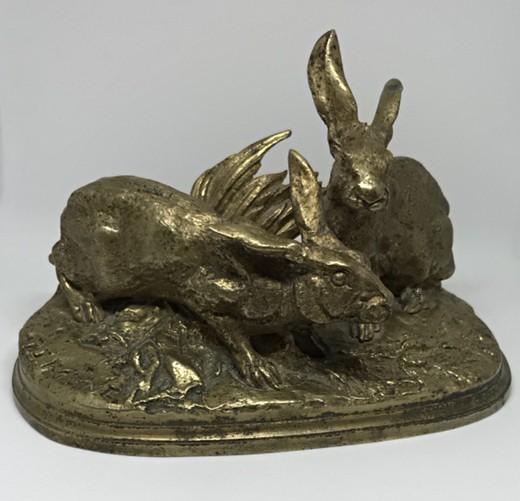 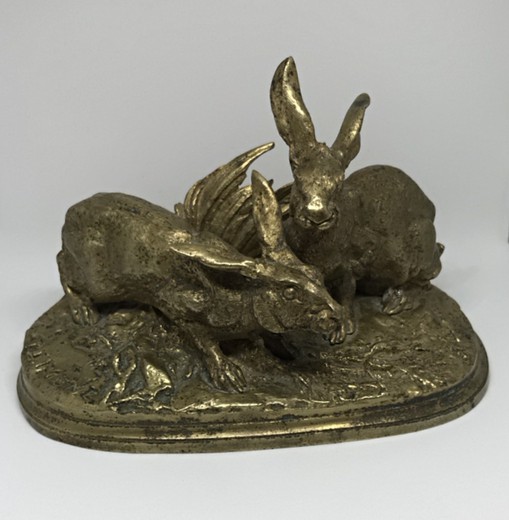 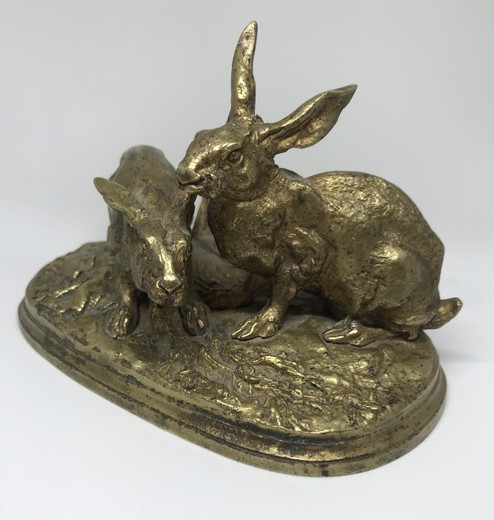 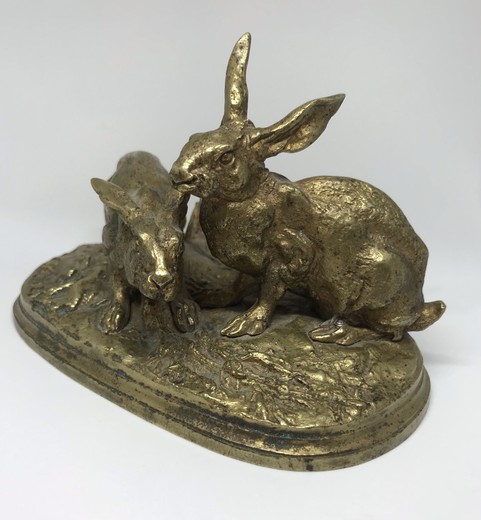 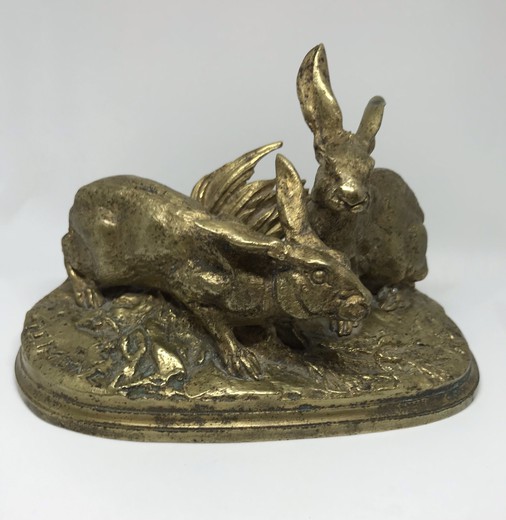 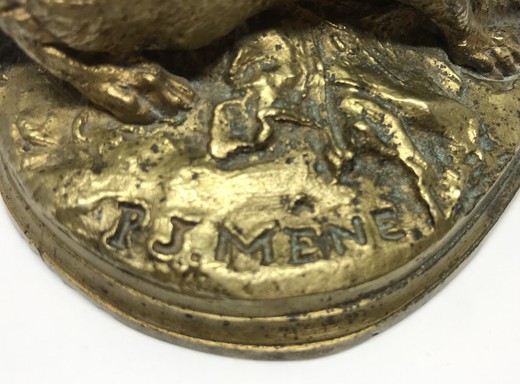 Unusual antique sculptural composition with rabbits. Made of bronze. On the oval base of the sculpture, stylized as a piece of earth with grass, there is the signature of the author of the model - "v". Will be a great gift for Easter or the year of the rabbit. France, XX century.Pierre-Jules Mene was born in France on March 25, 1810. His father was a successful master foundry, who taught his son to work with metals and the principles of casting. These skills and an innate talent for drawing were the starting point for sculpting. Mene never attended prestigious art schools and was essentially a self-taught artist. Most of his time he spent at the Zoo in Jardin de Plant, where he made sketches.In 1937, Mene opened the first of his foundries, where he produced his own bronzes throughout his successful career. In 1837 he made his debut at the Paris Salon with the work "Dog Attacking a Fox", made of bronze. Mene continued to exhibit his work at the Salon annually throughout his life. He received four prizes: a 2nd place medal in 1848, a 1st place medal in 1852 and 1861, and a 3rd place medal in 1855. In 1861 he received the Legion of Honor Cross. Mene was extremely popular in England as well as in France, winning medals at the London Salons of 1855 and 1861 - first place medals. One English review in 1851 praised him "for excellence in animal modeling, in the correctness of the display and the beauty of his representations."