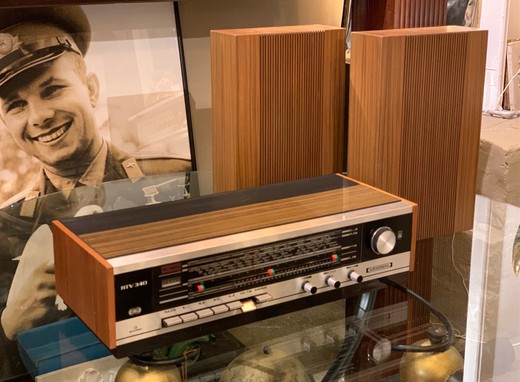 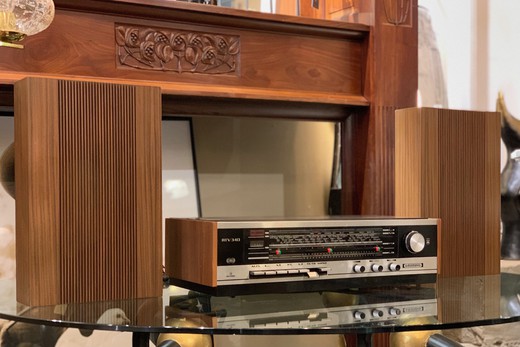 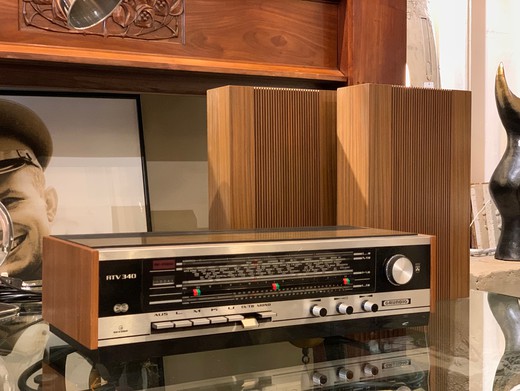 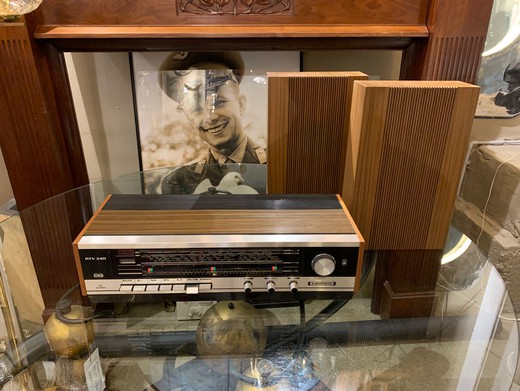 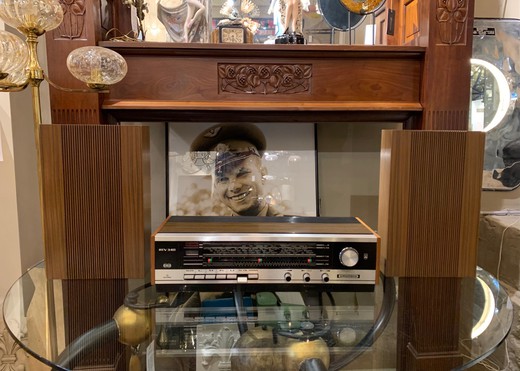 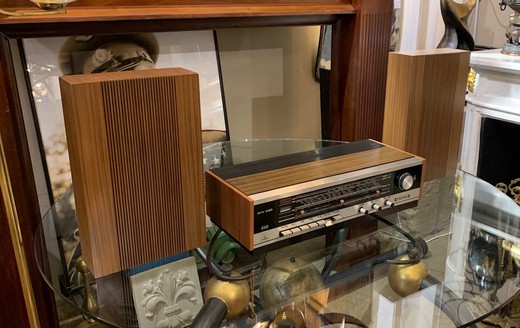 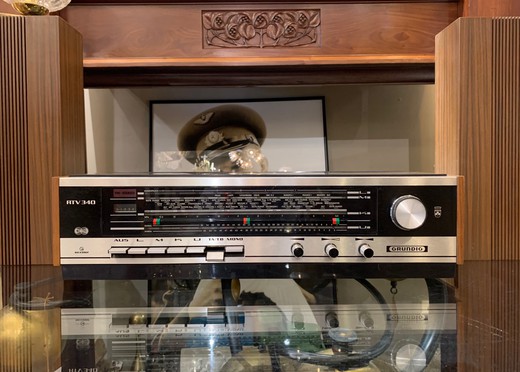 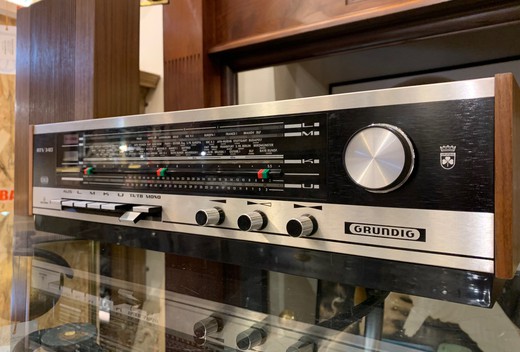 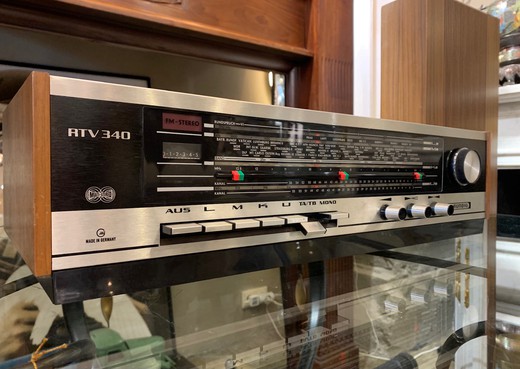 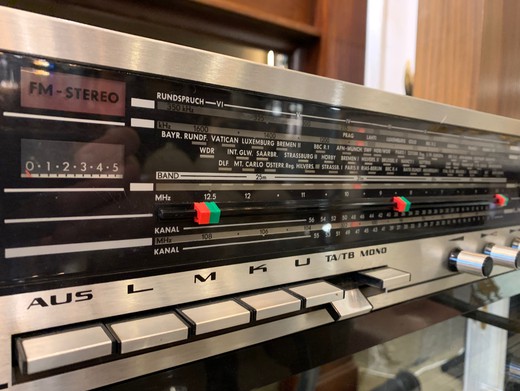 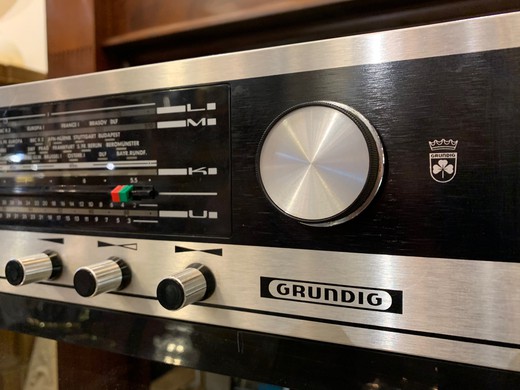 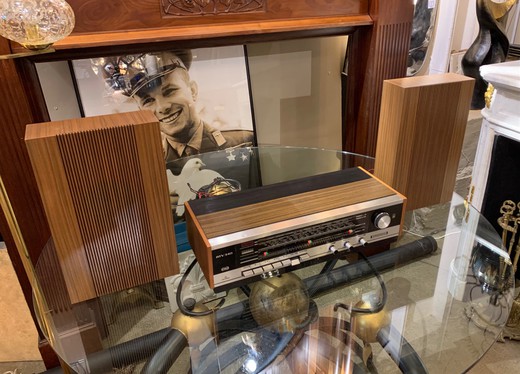 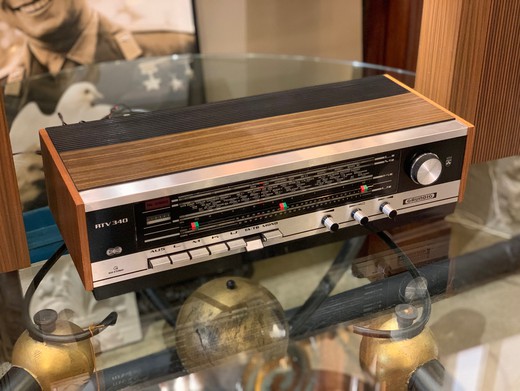 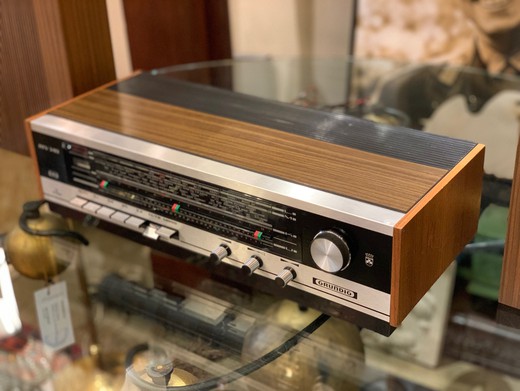 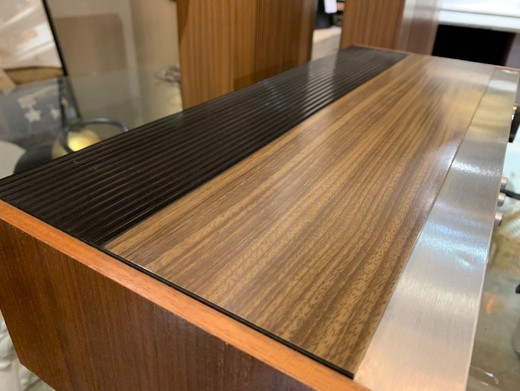 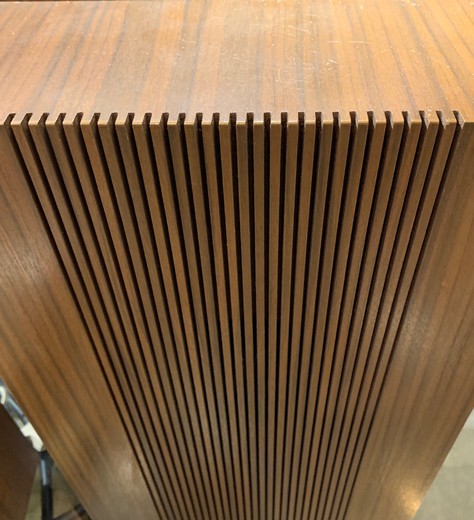 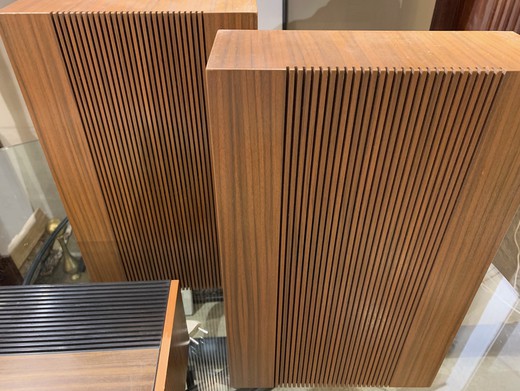 Vintage Grundig Stereo Tuner  RTV 340. It is an excellent example of the object design of the Hippie era. It has a charming, gentle sound and in a state close to ideal. Connection of modern devices (smartphones, etc.) is possible. Germany, 1969s

In 1945 Max Grunding (engineer and co-founder of the Furth, Grundig & Wurzer transformer company) moved all equipment to a warehouse in Fuerth (Bavaria) and focused on radio engineering. The new company was named "Grundig". Already in 1947 the company managed to enter the world market. Stereo consoles "Grundig" have long enjoyed popularity both in the West and in the USSR. The company's products were mentioned in the film "Beware of the Car", Mikhail Zhvanetsky's story "Personal Experience" and Vladimir Vysotsky's song "Letter to the Editor". The company began to experience difficulties only in the 1990s, when Asian manufacturers entered the market. In 2001, Grundig was declared bankrupt.