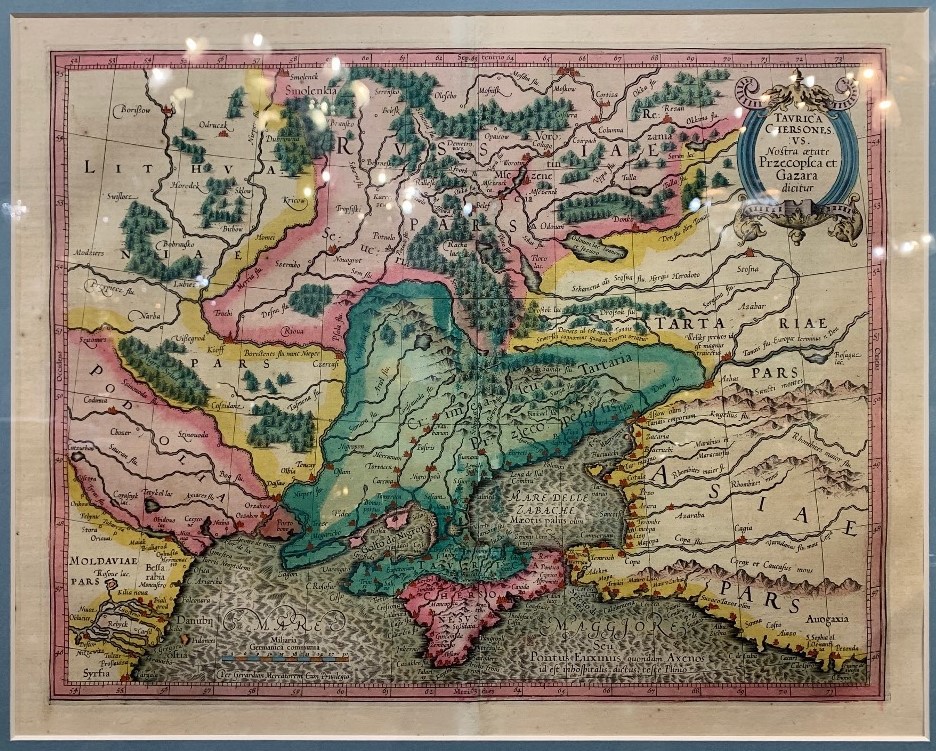 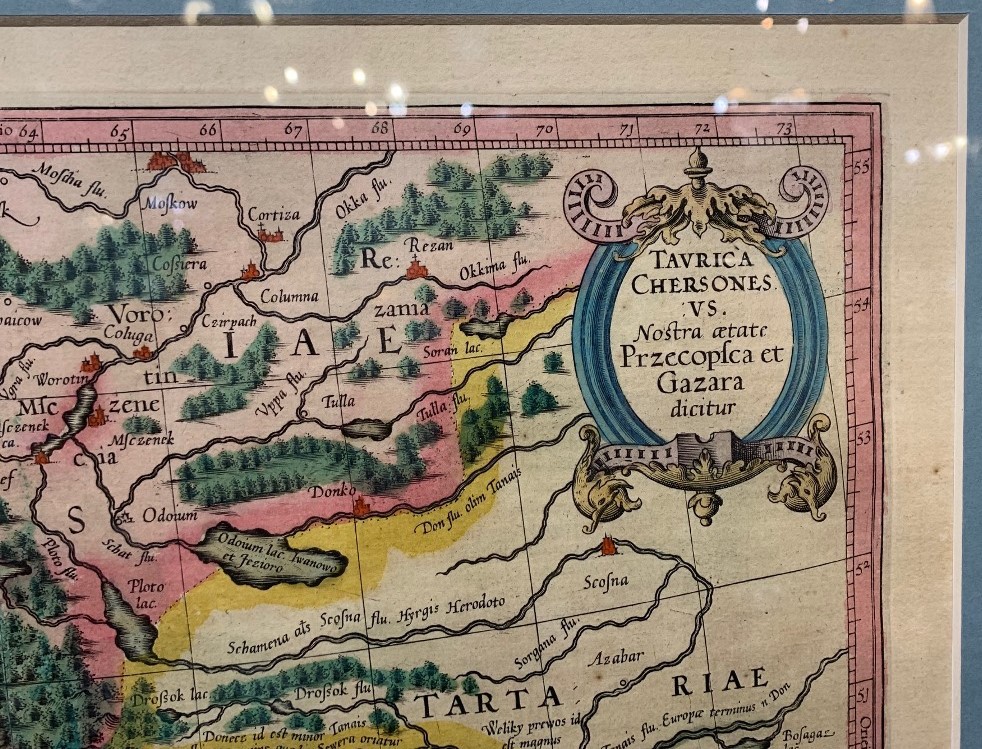 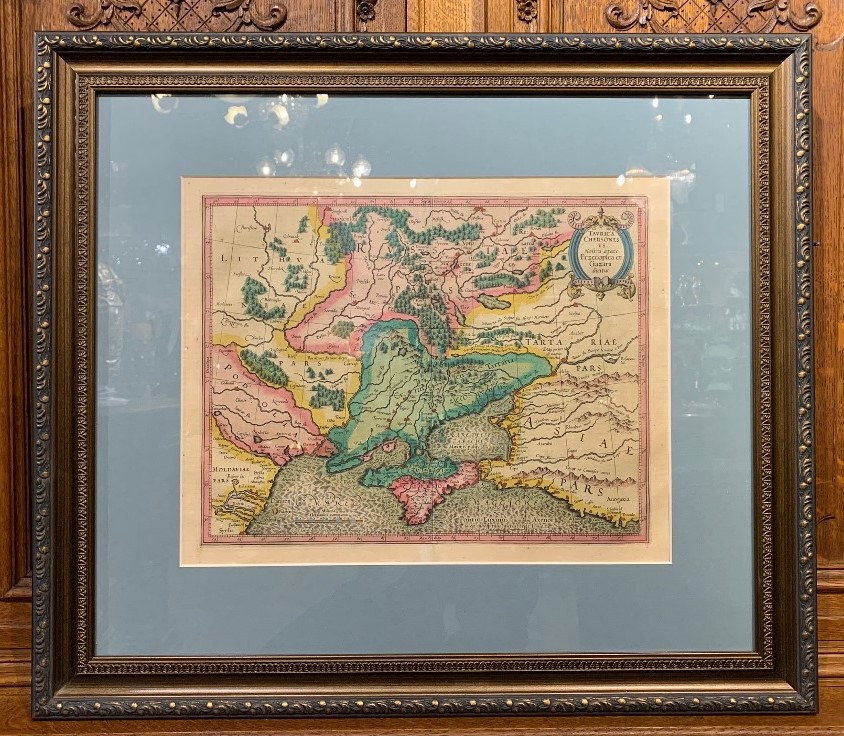 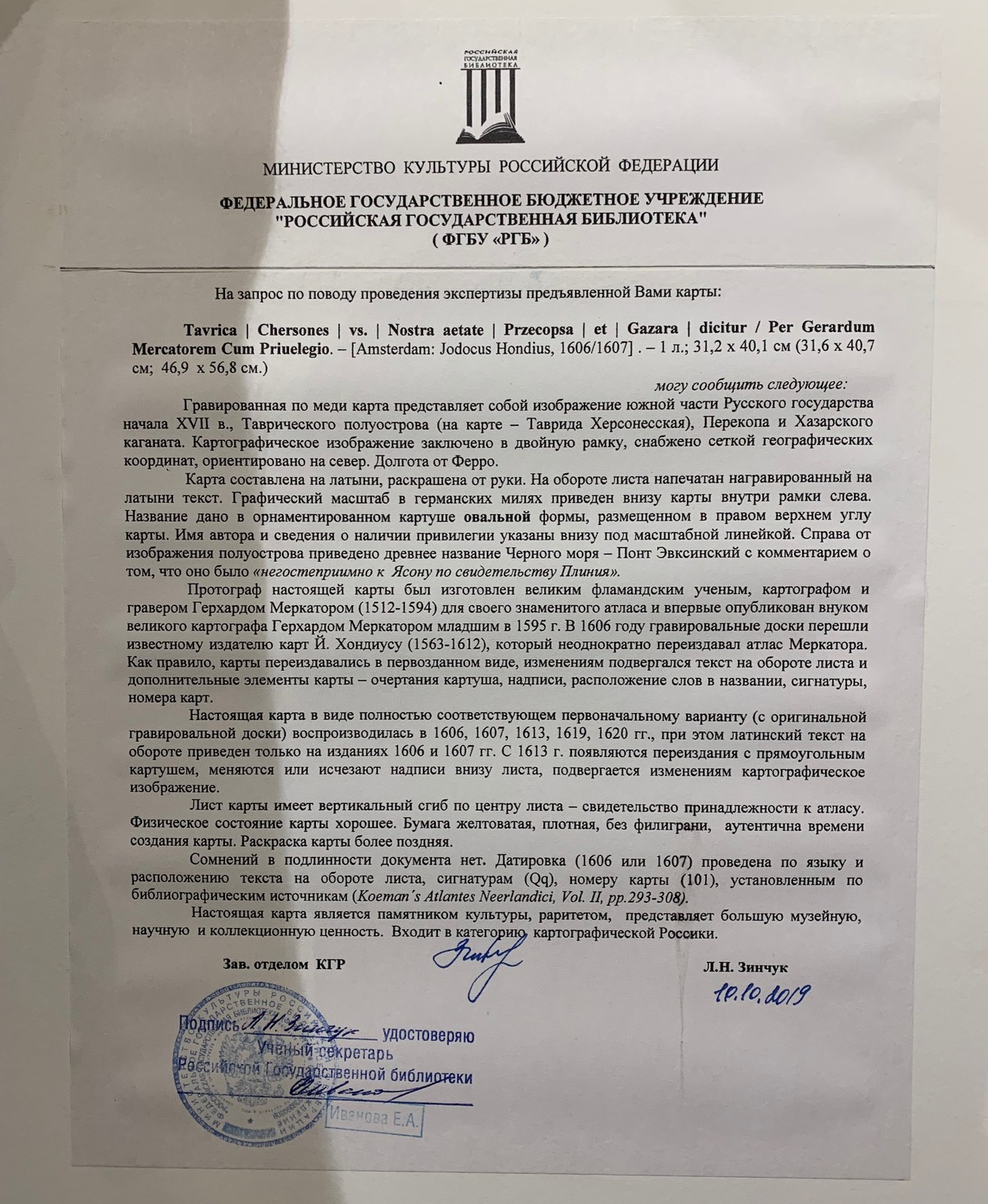 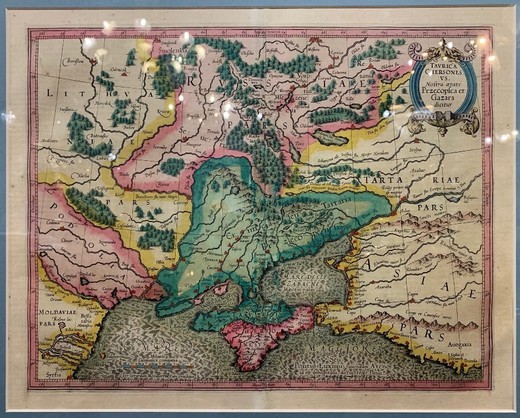 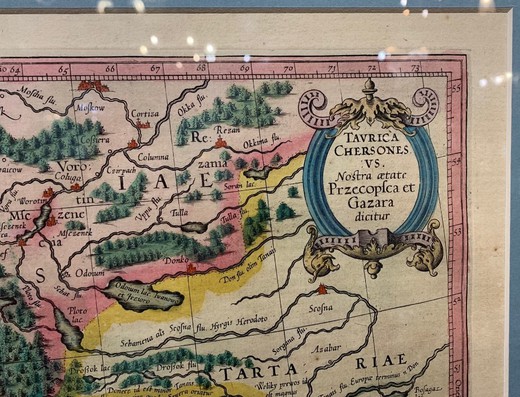 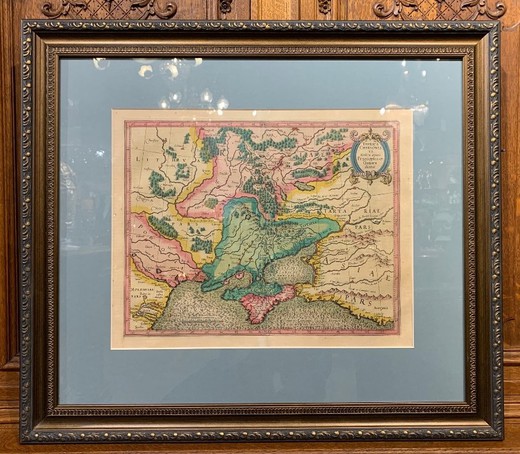 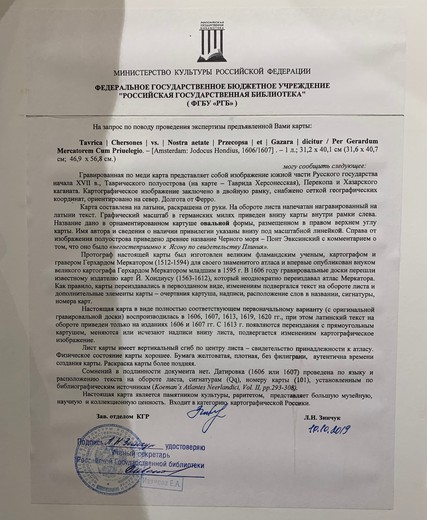 Antique map "Tauride Peninsula" (Taurida). The map engraved on copper represents the southern part of the Russian state at the beginning of the 17th century. Tavrichesky peninsula (on the map - Tavrida Chersonese), Perekop and the Khazar Kaganate. The map is drawn in Latin and hand-colored. The author's name is listed below the scale bar. To the right of the peninsula is the ancient name of the Black Sea - Pontus Euxinsky. The document dates from 1606/1607. The protographer of this map was made by the Flemish scholar, potographer and engraver Gerhard Mercator (1512-1594) for his famous atlas and was first published by his grandson, Gerhard Mercator Jr. in 1595. In 1606, the engraving boards were transferred to the famous publisher maps to J. Hondius (1563-1612), who repeatedly republished Mercator's atlas. Flanders, XVII century