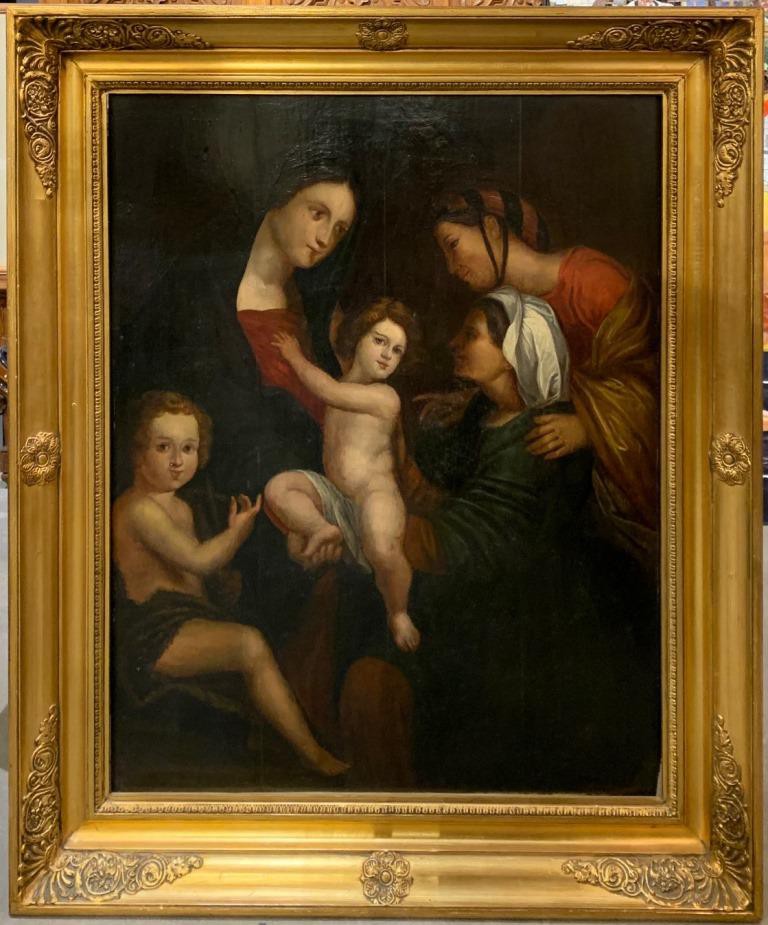 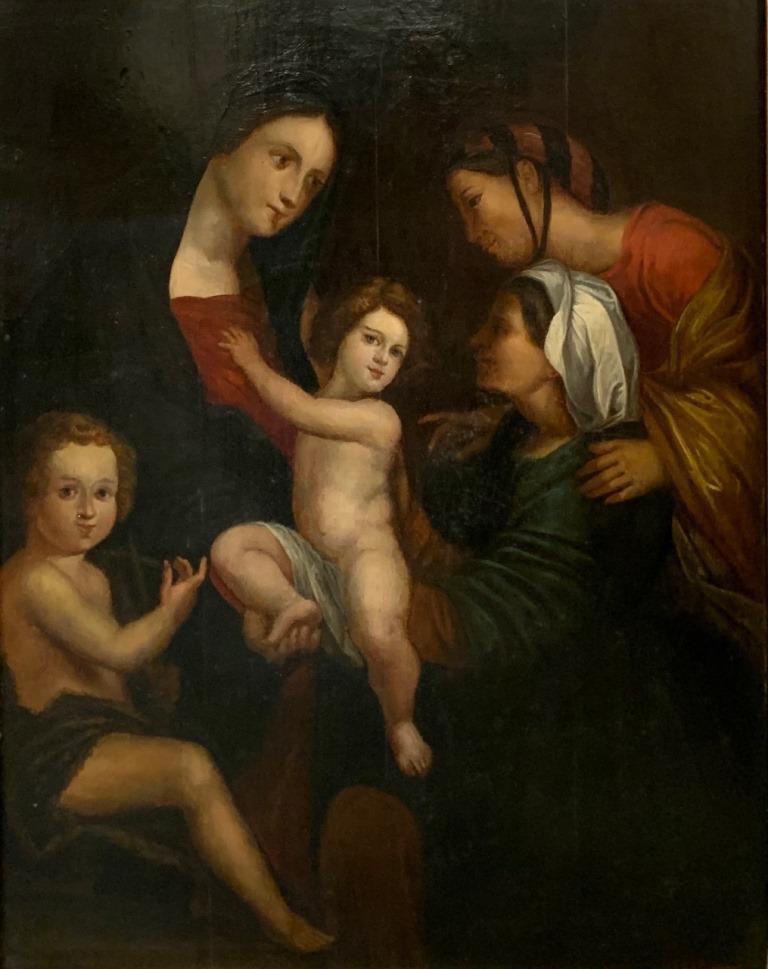 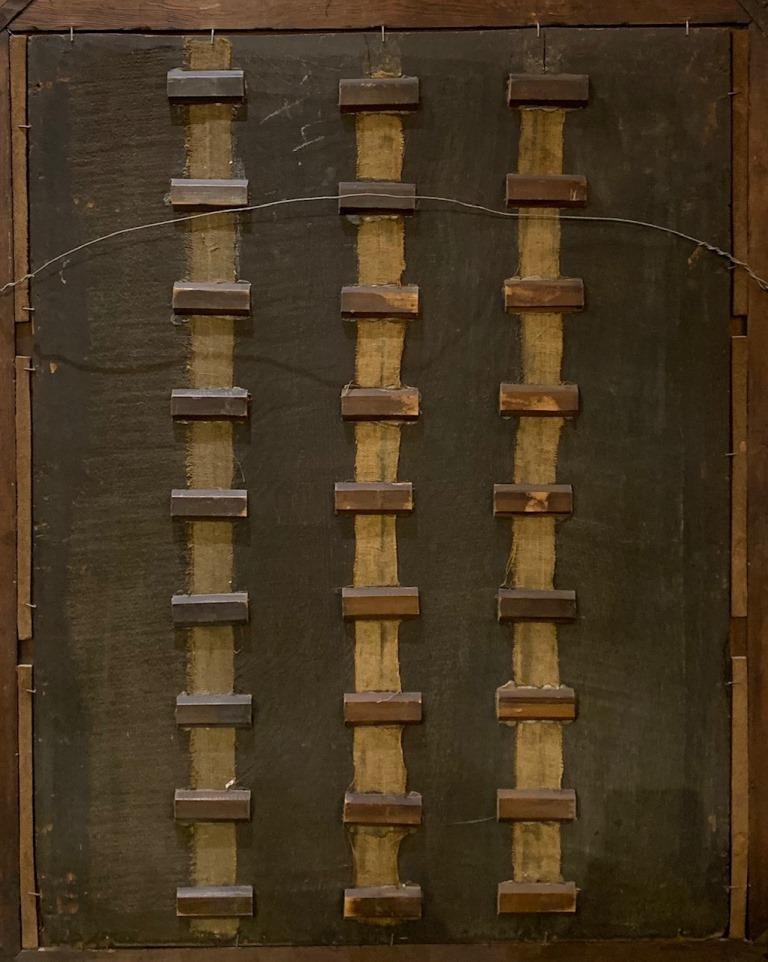 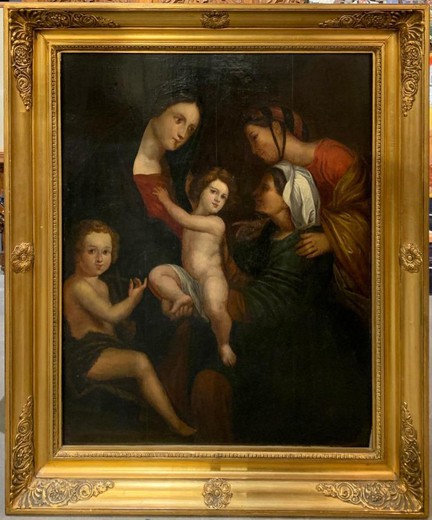 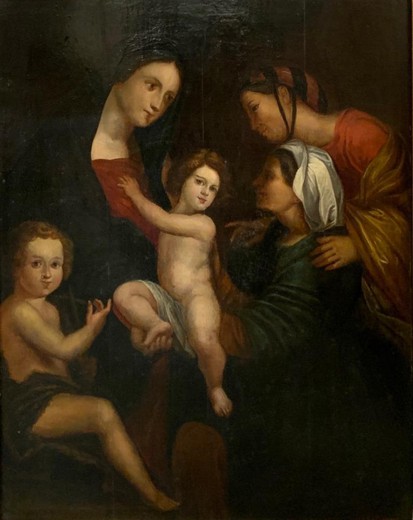 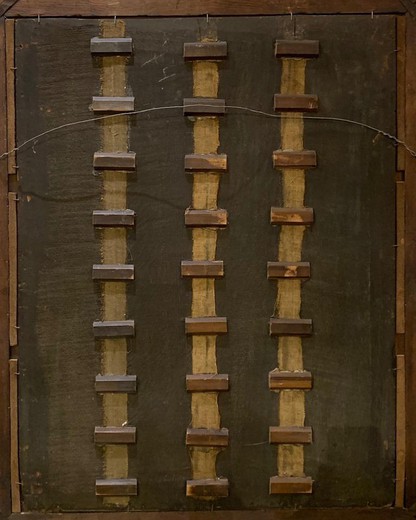 Painting by an unknown artist of the 18th century. It is written on a board measuring 98 x 74 cm. The Holy Family is represented to us. In the center of the picture, the Madonna gives her son to Saint Elizabeth, who knelt before her. Saint Catherine is affectionately looking at the baby. All gestures, looks and movements of women are directed to the central figure of the baby Jesus. Separated from them in the foreground is John the Baptist. He seems to want to invite to see this scene, pointing at it with his right hand. In the harmonious movements of softly intertwined bodies, as well as in the views of women, a secret dialogue between them appears. The strong contrast of light and shade, the accentuated diagonal, colors and poses make the picture very interesting. But the gaze of the baby Jesus does not leave - he looks not in a childish way, seriously and consciously, as if he himself knows what is ahead.