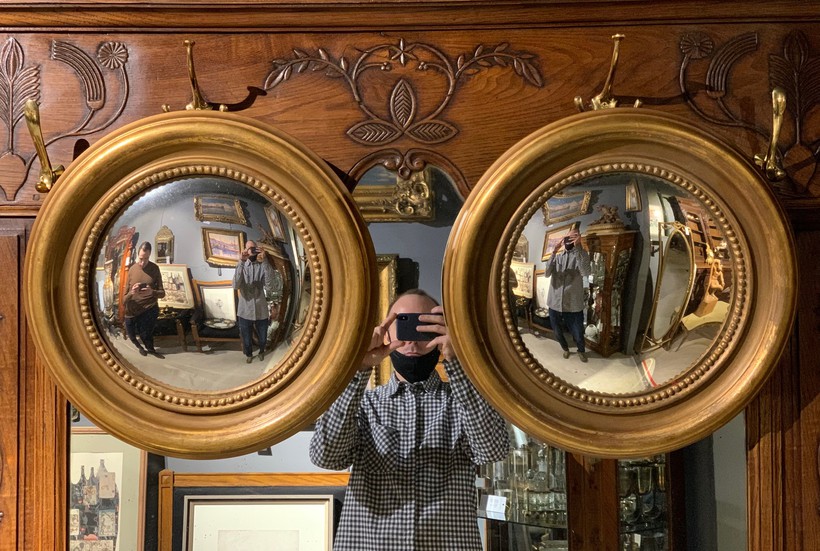 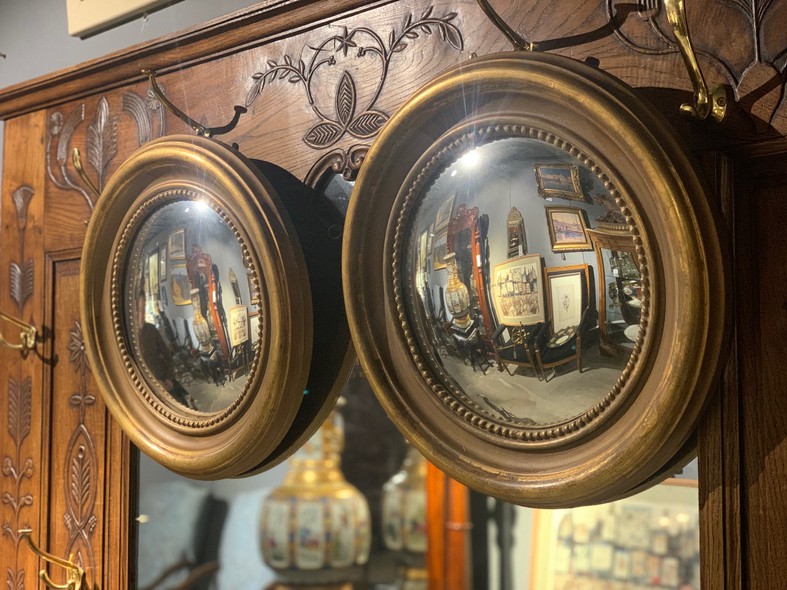 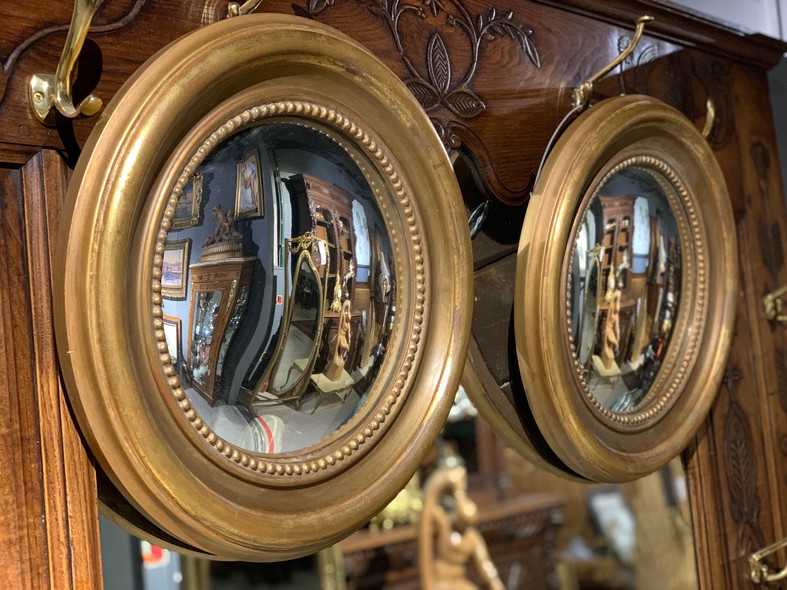 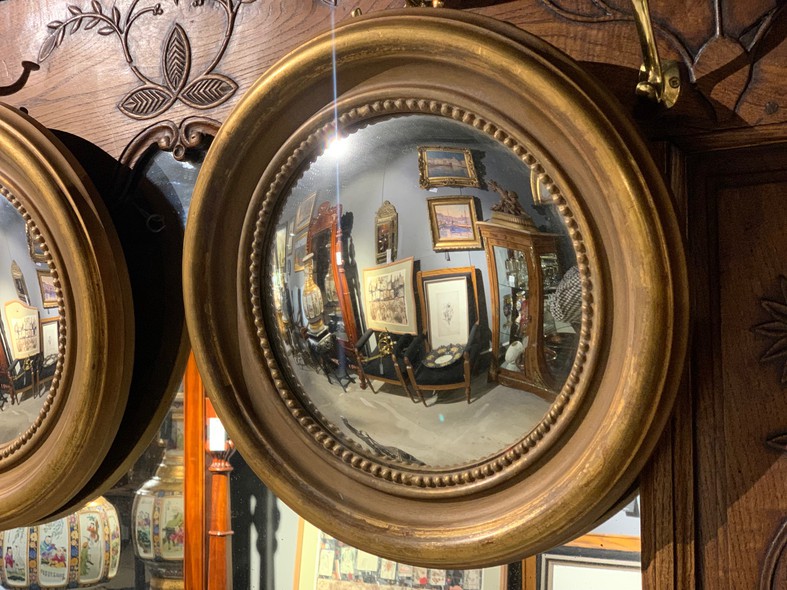 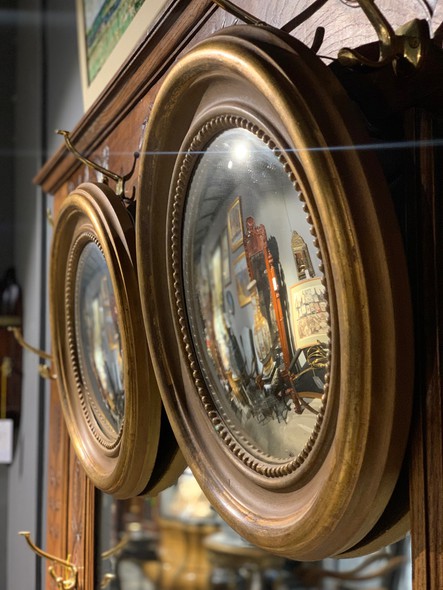 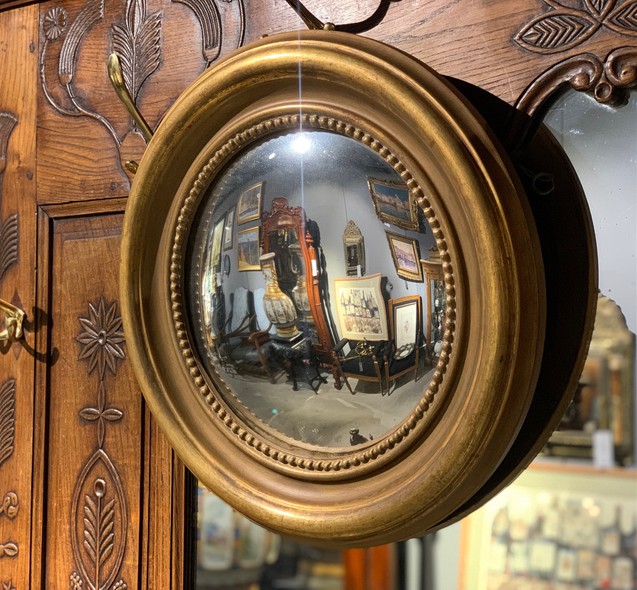 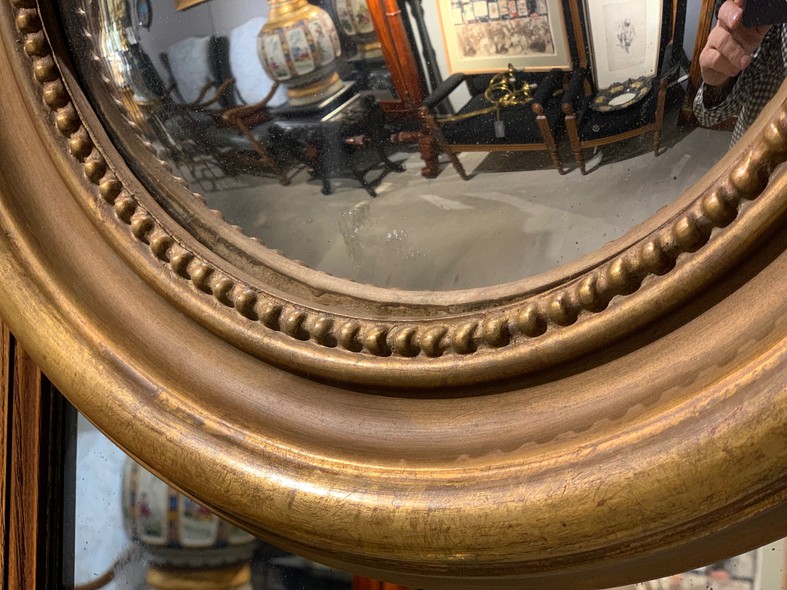 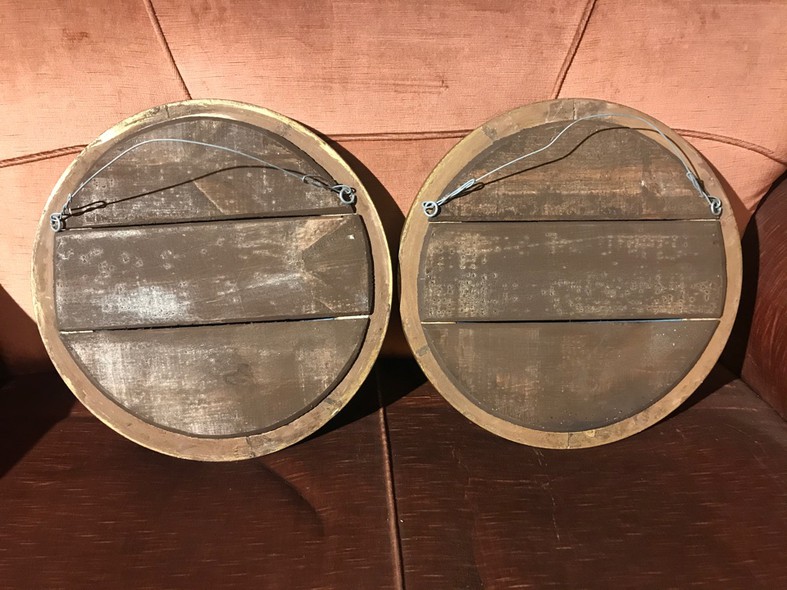 Pair of antique convex mirrors. Platinum gilding, finishing with small round details in the technique of "pearl", the back wall consists of three wooden plates. Europe, 19th century

These mirrors are called butler mirrors. In large country houses, they were hung in strategic places, which allowed the butler to follow everything that was happening, standing on the side and remaining invisible.

But where did these convex mirrors come from? Initially, mirrors were metal, polished to a shine. Glass could only be blown, but there was no direct sheet technology yet. Convex mirrors were called the "witch's eye" and attributed to them mystical protective properties. And also the eye of a banker or a jeweler. Such a mirror gave a volume of view and served as an additional point of observation for merchants and usurers.

Often, starting from the 15th century, one can find the image of convex mirrors in painting. Perhaps the most famous is the Arnolfini Van Eyck couple. This is "Saint Eligius in his workshop" by Petrus Christus, and "Changer with his wife" by Quentin Masseys. Caravaggio and Bellini and many, many others found special interest in convex mirrors for depicting the refraction and distortion of reality.

Currently, it is a unique decorative and functional object. The design is time-tested - it has not changed much since the Middle Ages. 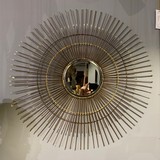 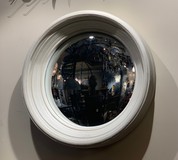