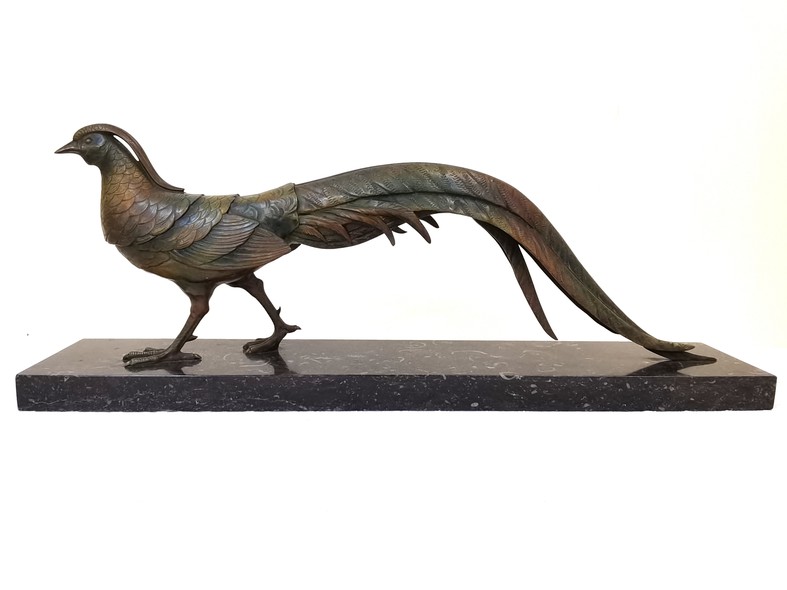 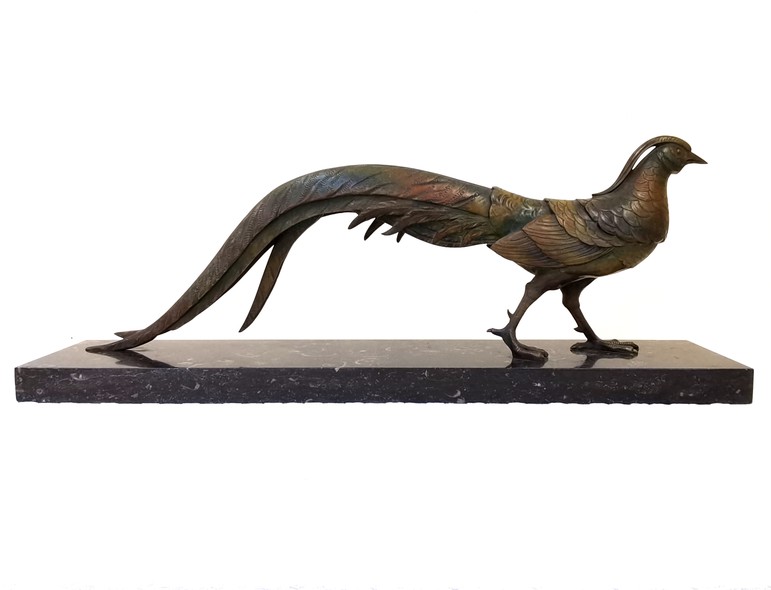 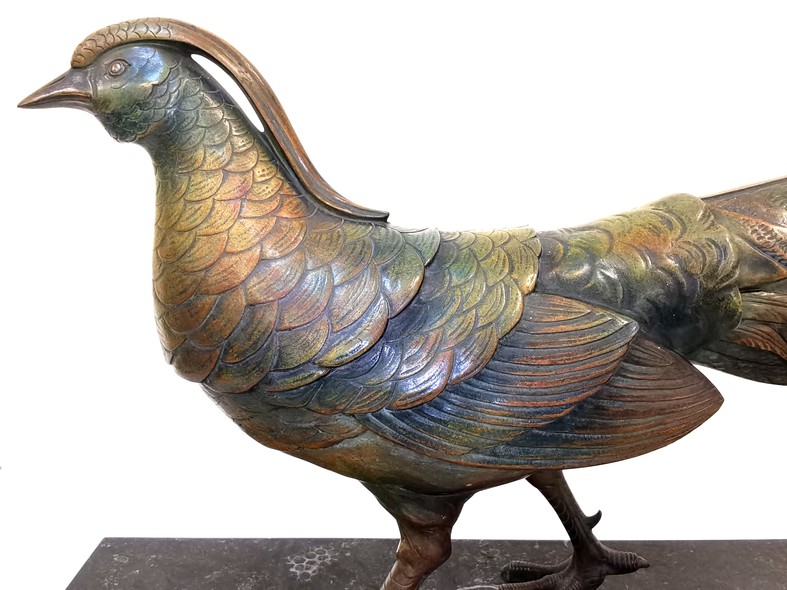 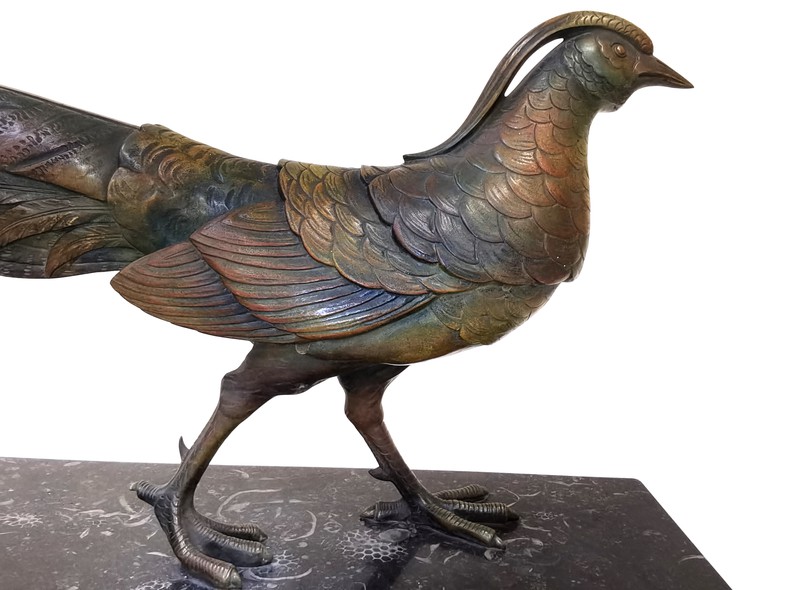 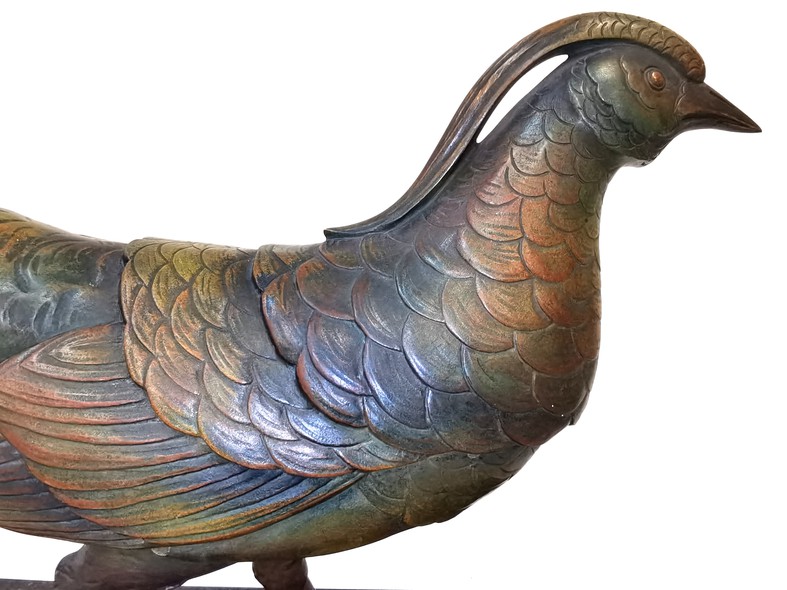 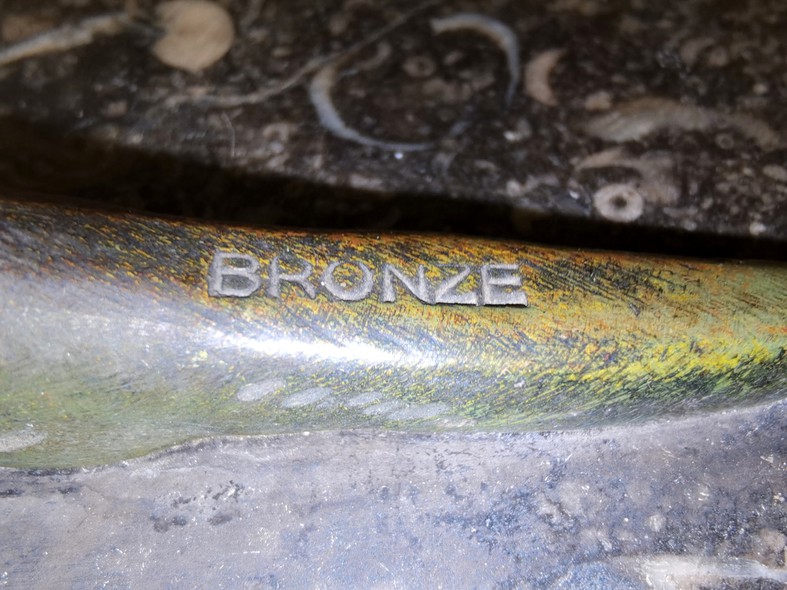 Large antique sculpture "Pheasant" in Art Deco style, France 1920-30s, years. Hand-painted with colored enamel paints. The sculpture is made of bronze, and is mounted on a marble stand.At the tip of the tail there is a brand "BRONZE" such a brand was put on a reference bronze of the highest quality.

The pheasant is the king of birds, in the mythology of China it acts as a pair to the heavenly dragon. Being together, a pheasant and a dragon symbolize a happy marriage. The pheasant's energy is yang, which transforms into yin if the pheasant is near the dragon.

The pheasant itself is also a symbol of new discoveries and opportunities, the pheasant brings success, goodness and prosperity, light, dignity and virtue. The pheasant is the emblem of Emperor Yu in China; this symbol belonged to the twelve religions of the emperors, symbolizing the empress. The brilliant plumage of the pheasant gave rise to legends about the phoenix bird, which burns and is reborn from the ashes.

In Western symbolism, it is the embodiment of the phoenix. Due to its color and noble appearance, the pheasant was a favorite image for artists of different eras. Pheasant can be found in still lifes (Claude Monet, Jean-Baptiste Chardin).

The pheasant brings luxury, wealth, status and peace to the house. 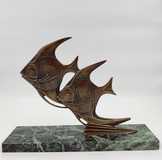 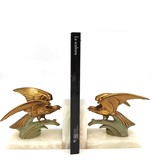 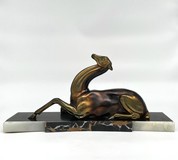 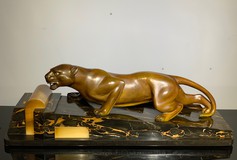 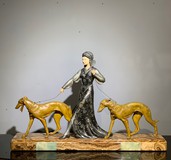