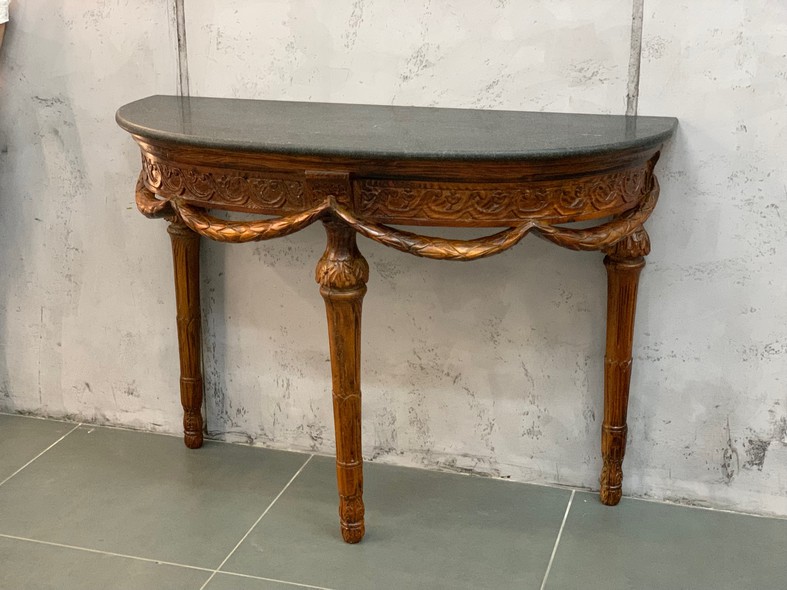 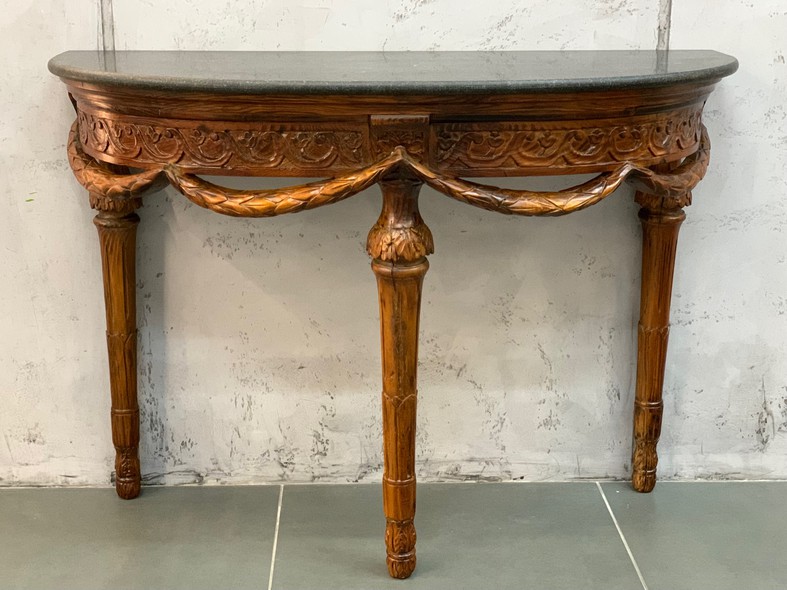 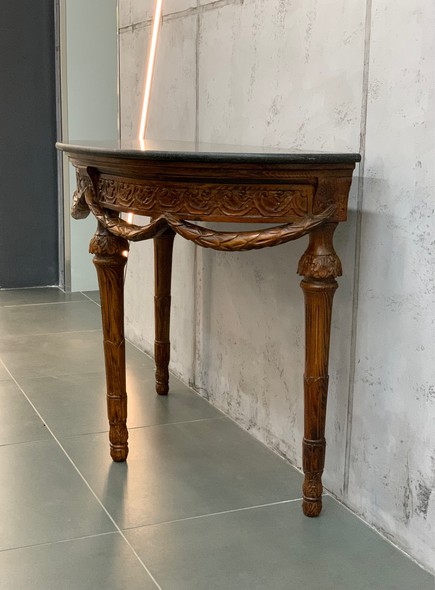 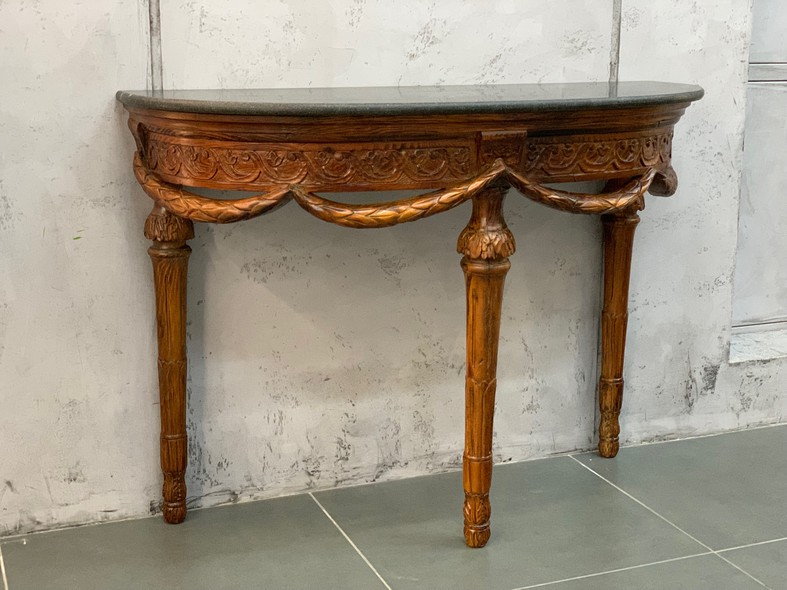 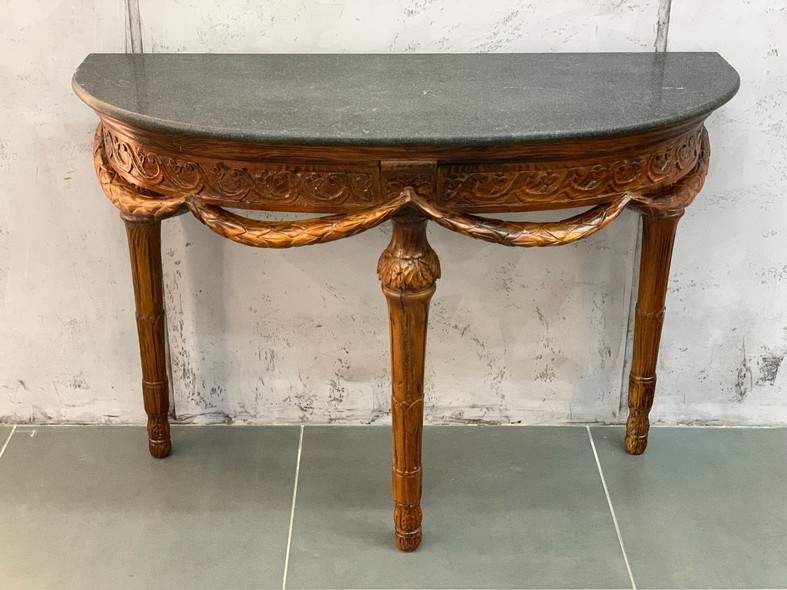 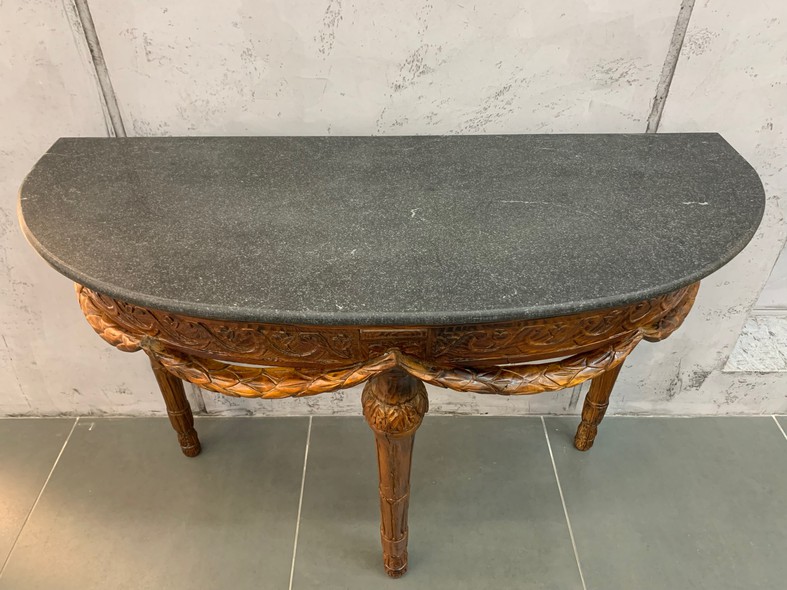 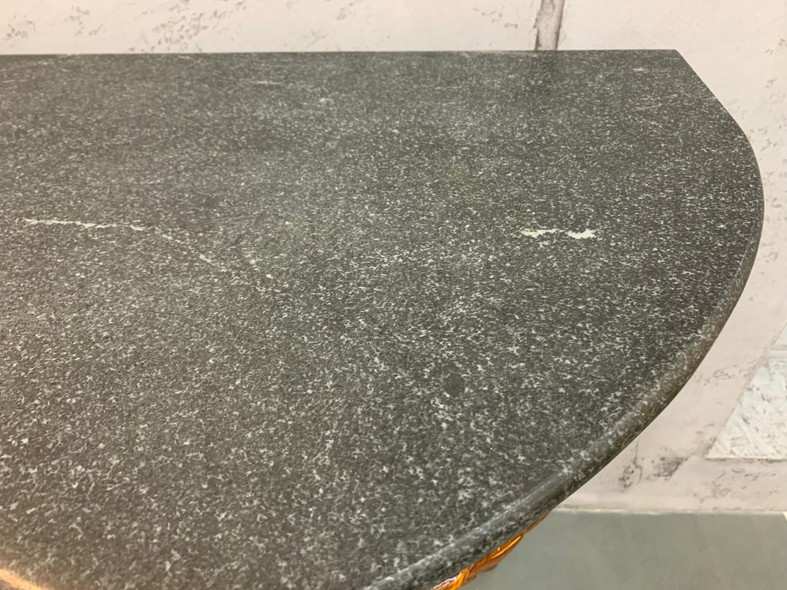 The monumental console rests on three strong "tubular" legs, "fluted leg", often called them, similar to an inverted musical trumpet. Such carved and elegant legs are typical of Neoclassical, Baroque, English Restoration and William and Mary styles. The style of the legs was developed based on the appearance of ancient Greek columns. Such legs "thrived" during the neoclassical styles, popular in the period 1750/1800 - ies, they can also be found in the Hepplewhite style and the 19th century revival. The legs of this console are carved, covered with floral ornaments.

A carved parade ribbon is placed at the top of the console to complete the look. A carving reminiscent of a undulating meander, a classic Greek pattern, adorns the top. The tabletop is covered with marble. 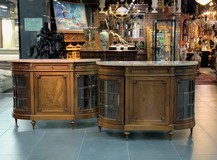 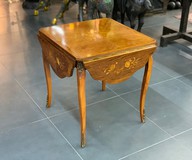 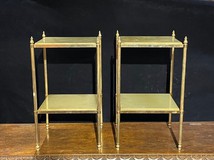 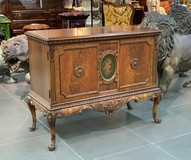