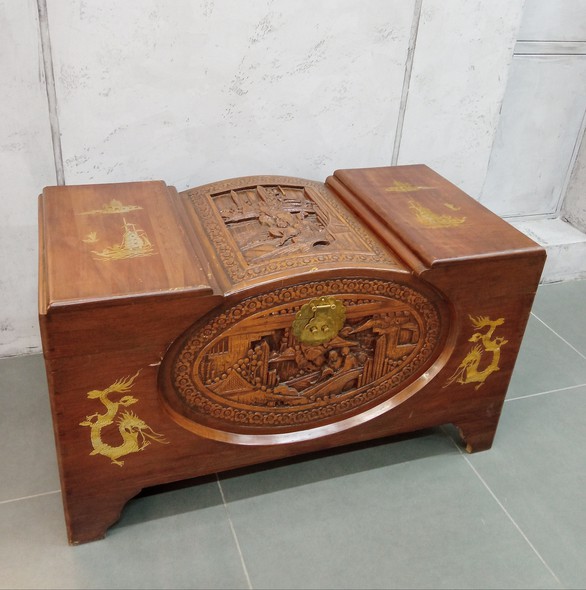 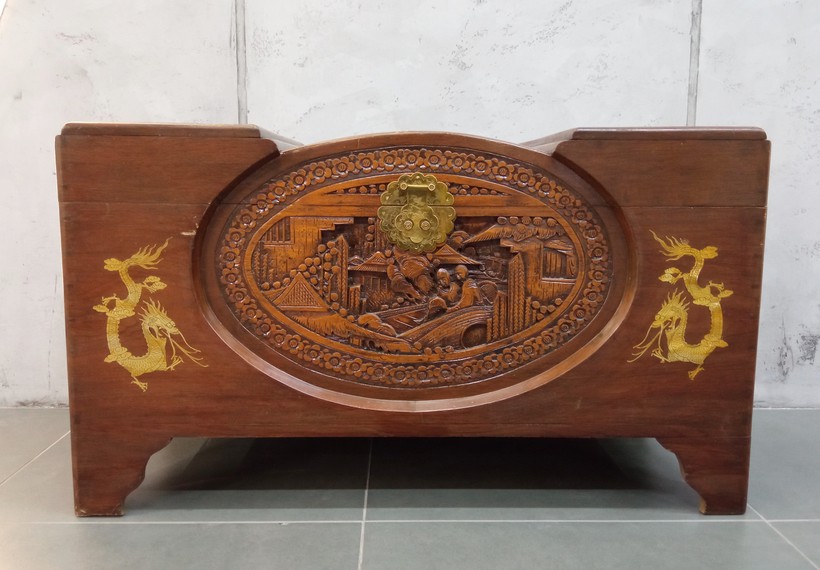 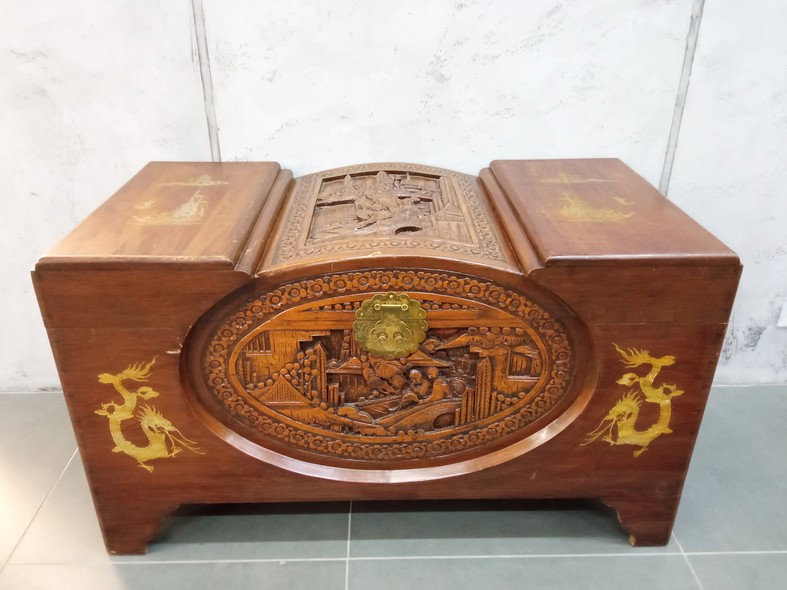 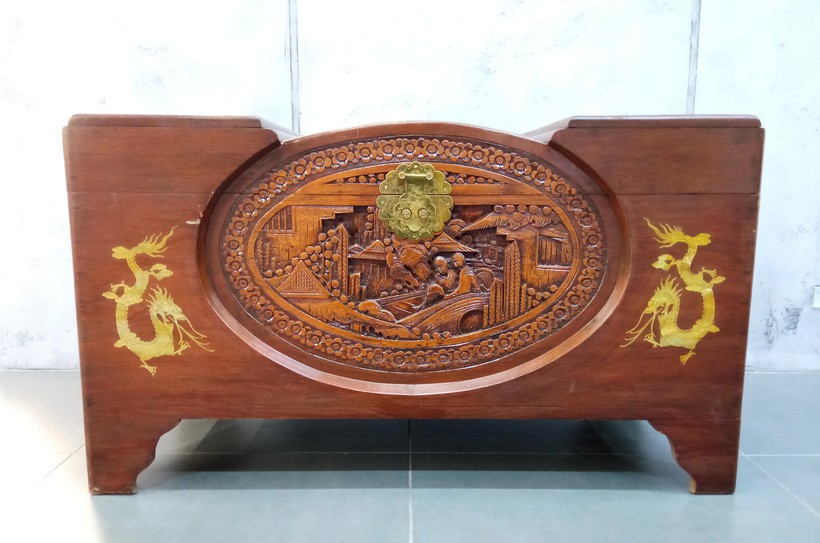 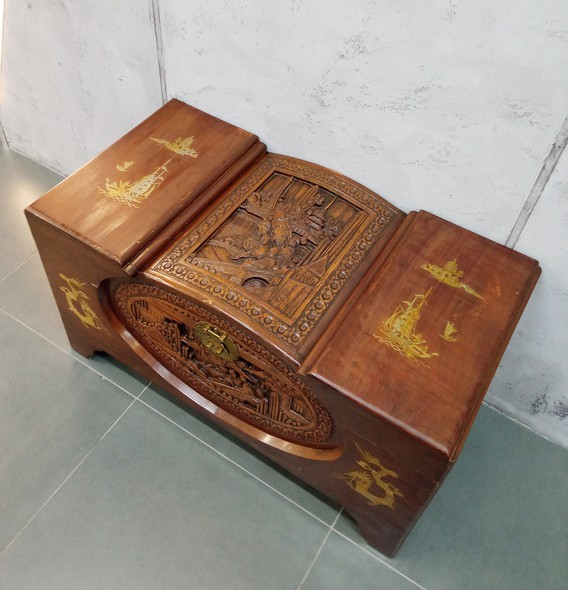 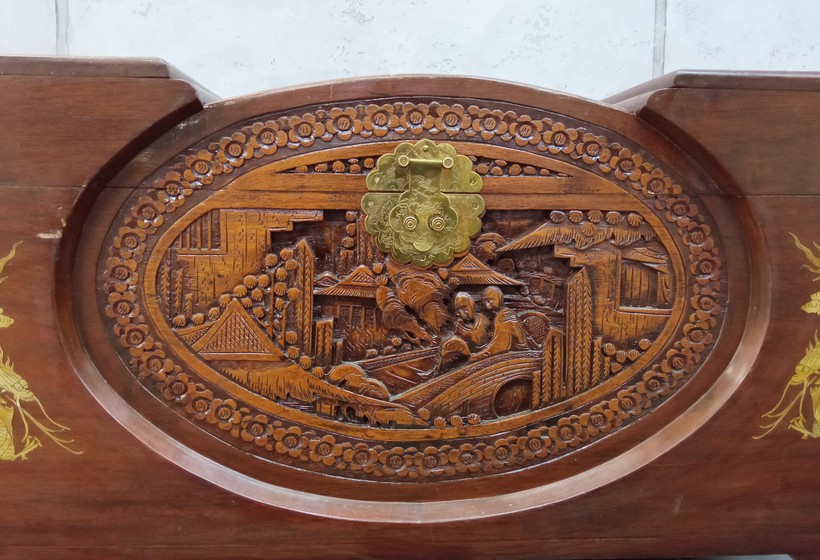 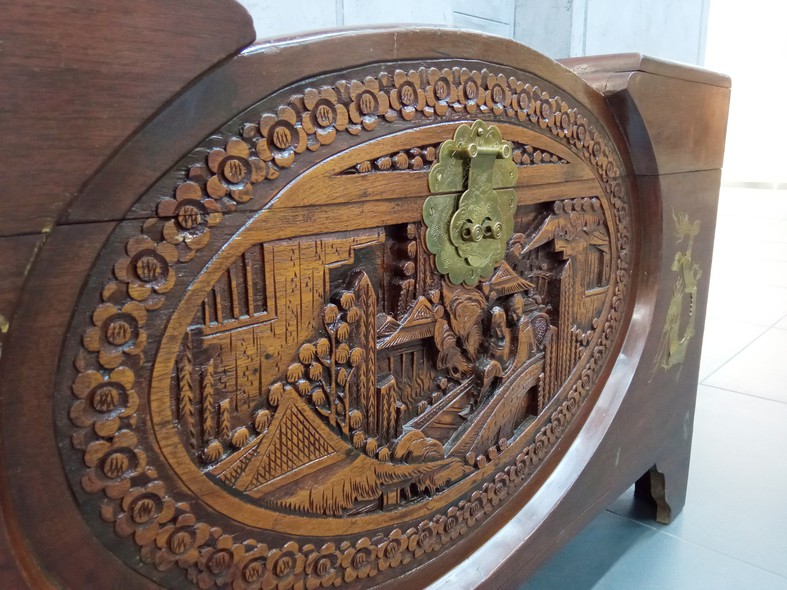 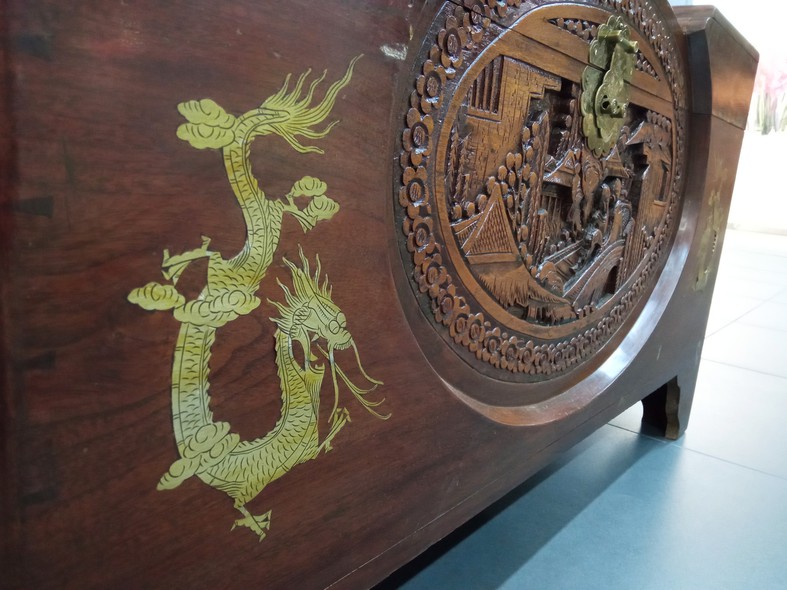 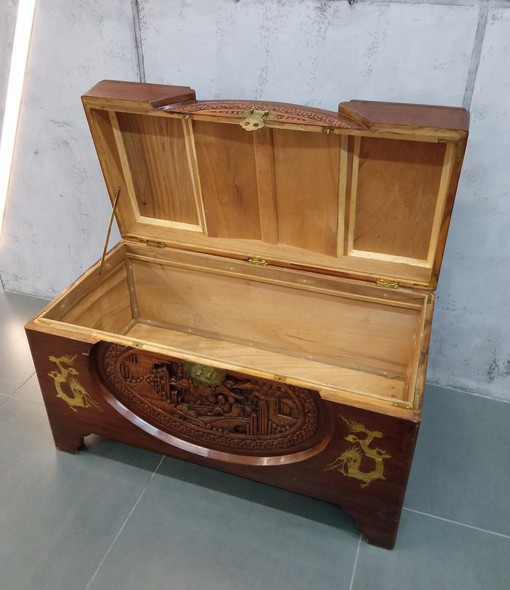 Antique chest in oriental style. The expressive artistic carving on mahogany reveals scenes from the life of the nobility. The chest around the perimeter is decorated with bronze images of dragons, oriental sailing boats and pagodas. Europe, XX century.

The dragon in Asia is the main symbol, the personification of imperial power. It was believed that dragons were the progenitors of the emperors of China, the rulers of Tibet and Japan. Dragons were considered sacred creatures, they belonged to 4 elements: earth, water, fire and air. Wisdom, cunning, strength, dexterity, knowledge, sharpness of mind - dragons were worshiped and deified. 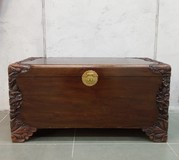 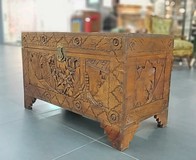 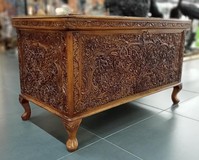 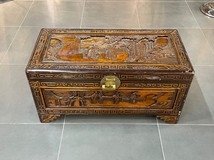 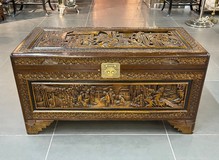 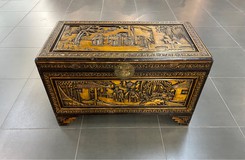 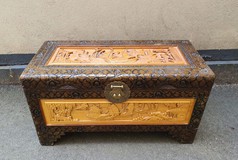 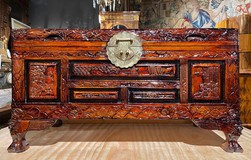