Antique sculpture "Shadow of the evening" 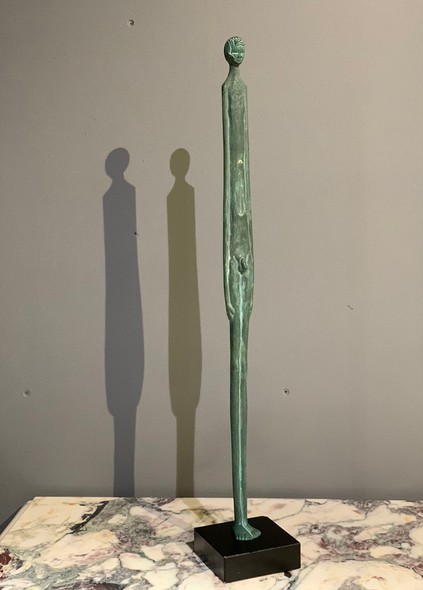 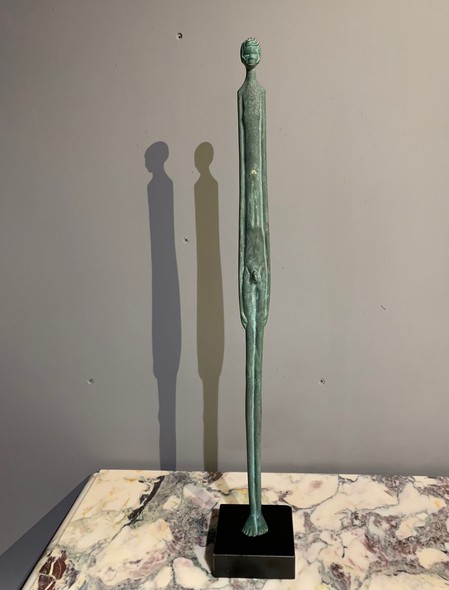 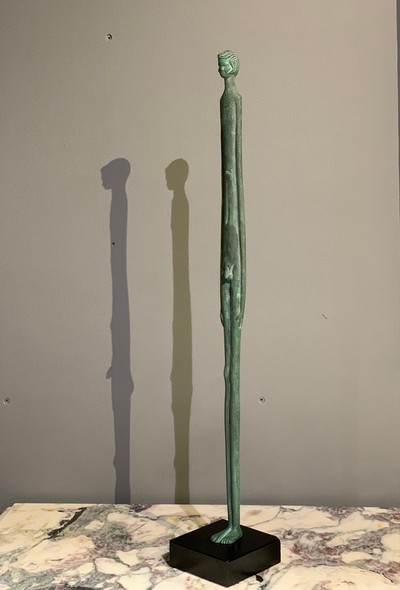 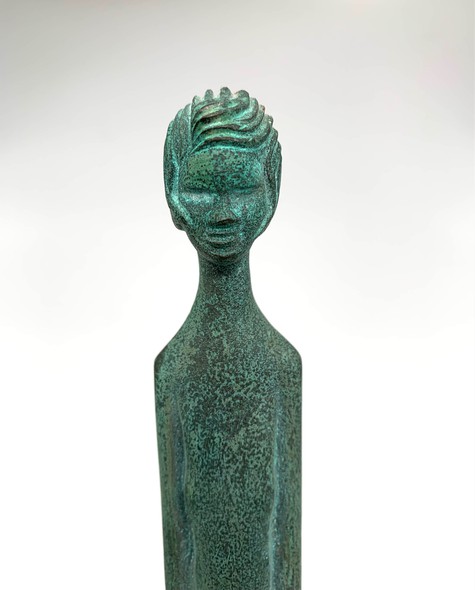 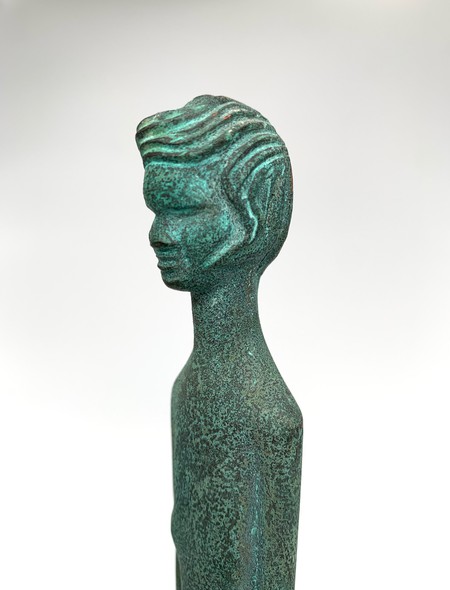 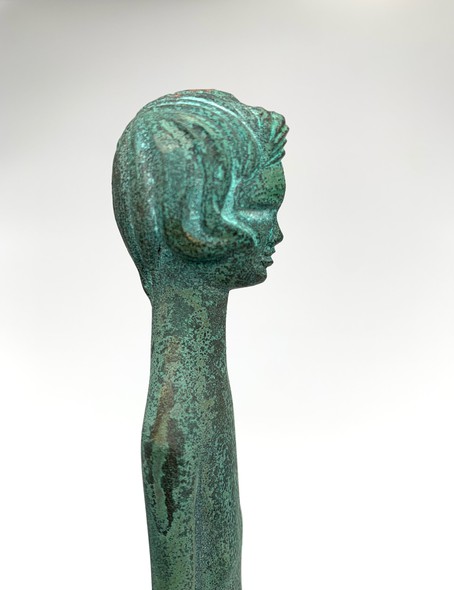 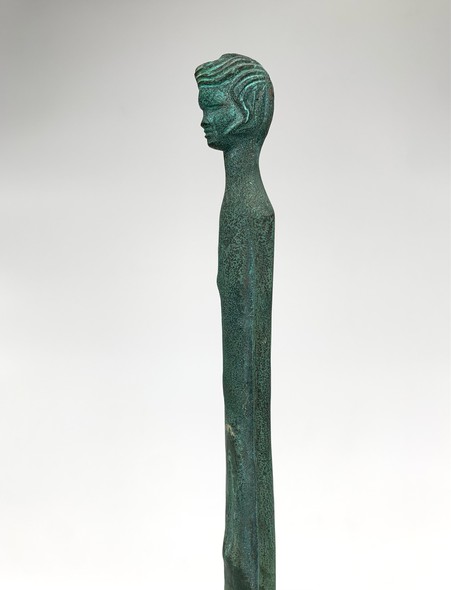 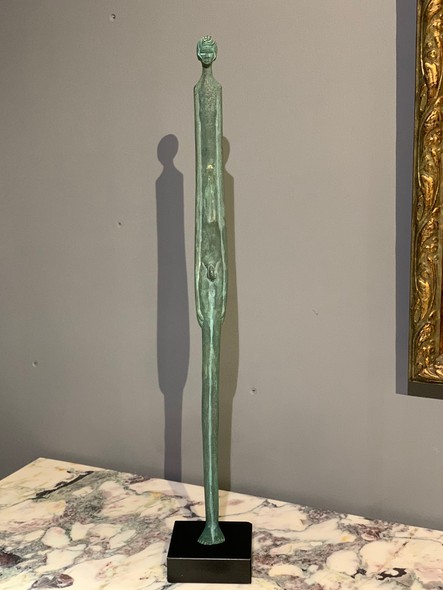 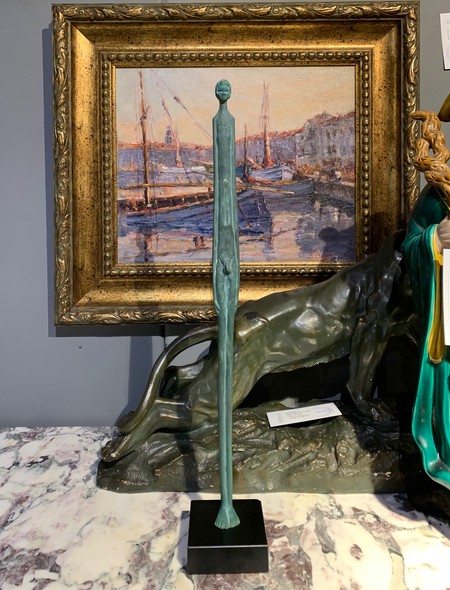 "Ombra della sera" - its original name - is an Etruscan statue from the city of Velatri, Volterra further. Often the works of Alberto Giacometti are compared with this monument of history.

From the ancient land of Tuschia (Tuscia), of which today's Tuscany, the birthplace of the mysterious Etruscan people, is a part, this mystery called "Shadow of the Evening" arrived through the millennia in perfect condition.

A 57.5 cm high bronze statuette was found in 1737 by the Florentine scholar Anton Francesco Gori and was in the collection of a descendant of Michelangelo Buonarroti. How she got there is the first mystery surrounding her, and the first reason to doubt her authenticity. In fact, it is known that in past centuries, many sculptors sought to breathe life into phantom artifacts fit for antiques and reached the level of art, which they then resold at higher prices than their manifest works. But the possibility that the find is a forgery, made one or two centuries earlier, disappears with a bang, if we take into account its extravagant form, ill-suited for any ancient stylistic phrase, including Etruscan. Indeed, it is logical to think that an artist who wants to create a fake find will try to create it in the style of the real ones already known to mankind.When the entire collection to which it belonged passed into the possession of the prelate Mario Guarnacci, it was donated to the Volterra Museum, which was named the Museo Guarnacci.

Later, doubts about its authenticity were dispelled. Thanks to an analysis led by Salvatore Siano, carried out with a laser specially modified in the laboratories of the Institute of Physics N. Carrara CNR in Florence, it was found that the statue belongs to the Hellenistic period. It was forged according to the technique typical of Etruscan civilizations and was hidden from view for a long time. (This is a plausible hypothesis, since the inhabitants of Volterra were known from ancient times as great craftsmen in the processing of metals and bronze alloys obtained from the exploitation of copper and tin veins of the nearby Metaliferous Hills). The date of its manufacture goes back to about the first decades of the third century BC.L'Ombra Della Sera is an authentic find said to have been found in the ancient city of Velatri, more anciently called Felatras (the name is engraved on a Volterra coin from the third century BC, kept in the Guarnacci Museum), or today's Volterra, in Tuscany.

Apparently, having unraveled the mystery of the origin of the bronze figurine, another one is immediately placed there, because the forms of the “Evening Shadow” are especially innovative, unusual in the context in which they were supposed to see the light. The incredibly elongated shape, which maintains congruent basic proportions in its anatomical oddity, does not match the features of other Etruscan finds found in any era. Numerous testimonies of this people have been preserved, primarily because they are closely associated with the cult of the dead. In fact, the morgues are well preserved and were a mine for archaeologists. Sculptures, paintings, earthenware with images of people and genre scenes introduced us to them and contributed to unraveling some of their many mysteries.The statue is still aesthetically valuable in itself, one does not need to disturb ancient myths and legends to admire her elongated, slender and elongated figure.

It is immediately clear that the one who created it was a great artist. The form, distorted in an immense length, preserves the proportional canons of the human figure in the limbs, in the anatomy and gives it that sense of harmony that might seem unthinkable with such an emphasized transformation of the human body.

The truth is that "L'ombra della sera" with its such a modern structure, such a modern idealization of the expressive power of a young sprout that dominates a slender figure and which inspired many to create statues with innovative forms, remains a mystery.

Antique sculpture "Shadow of the evening"