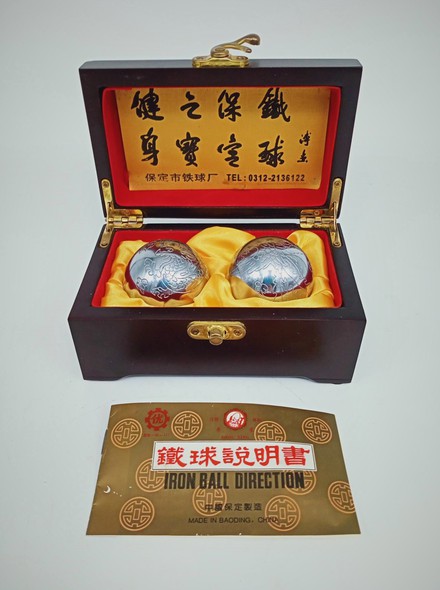 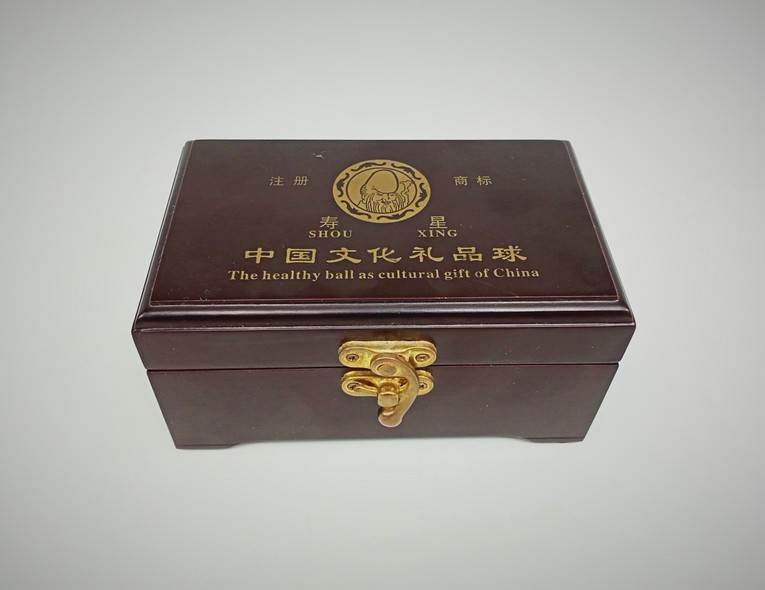 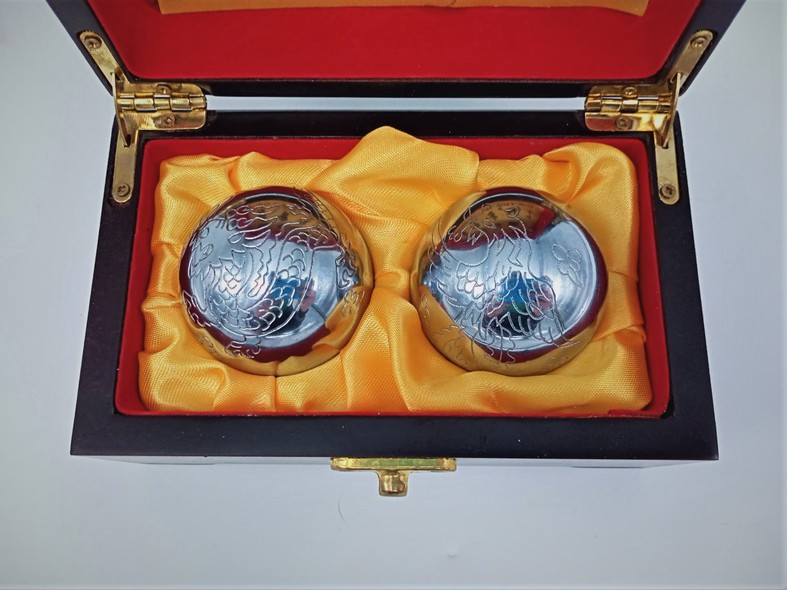 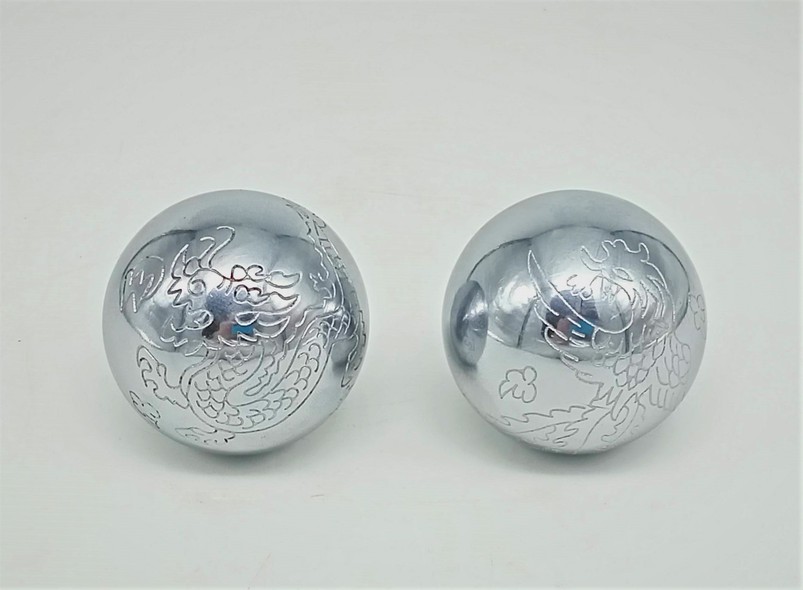 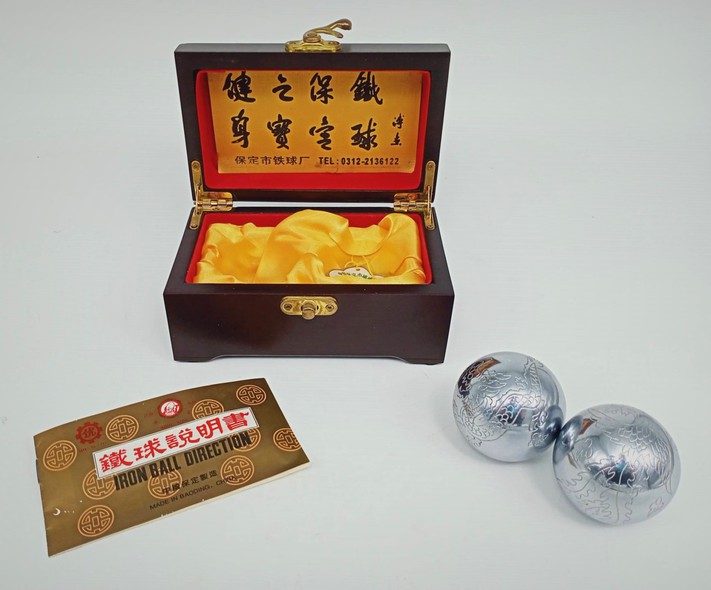 Vintage health balls. Metal balls are decorated with images of a Chinese dragon and a phoenix. They are placed in an original wooden box. Attached is an original document confirming the year and production of balloons in Baoding City District of Hebei Province. China, 1985.

The good dragon of the moons, according to legends, lives in rivers, seas, and soars into the heavens to bring a fertile harvest rain to worthy people, and the fenghuang phoenix bird combines the feminine and masculine. The combination of a dragon and a phoenix can be interpreted as marital fidelity.

The production of health balls dates back to the Ming Dynasty (1368-1644). Initially, the balls were solid. Subsequently, they began to be made hollow, with a sounding plate inside. Of a pair of balls, one sounds high and the other low. The practice of application consists in rolling the balls in the hand, where, according to the traditional medical theory of Jingluo, there are energy channels between the cranial nerve and vital organs.

In section:
miscellaneous, other, gifts, for leaders, for men, for women