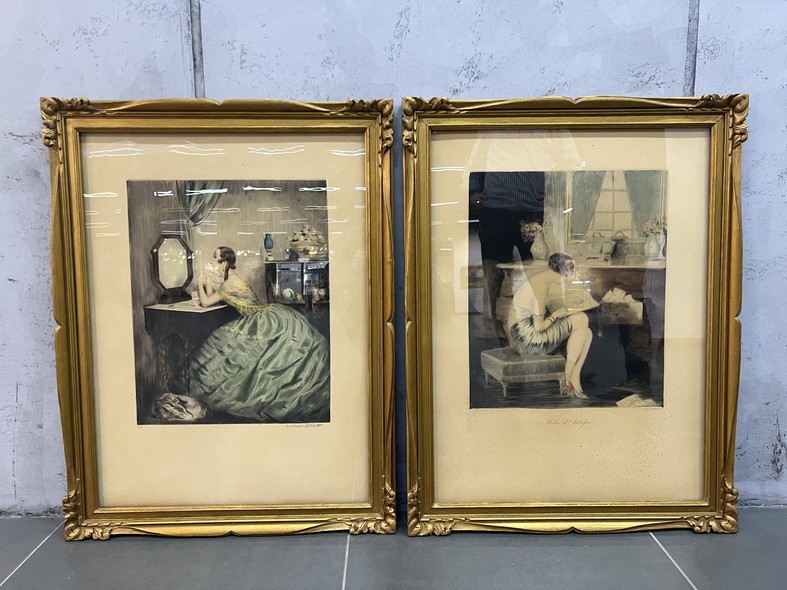 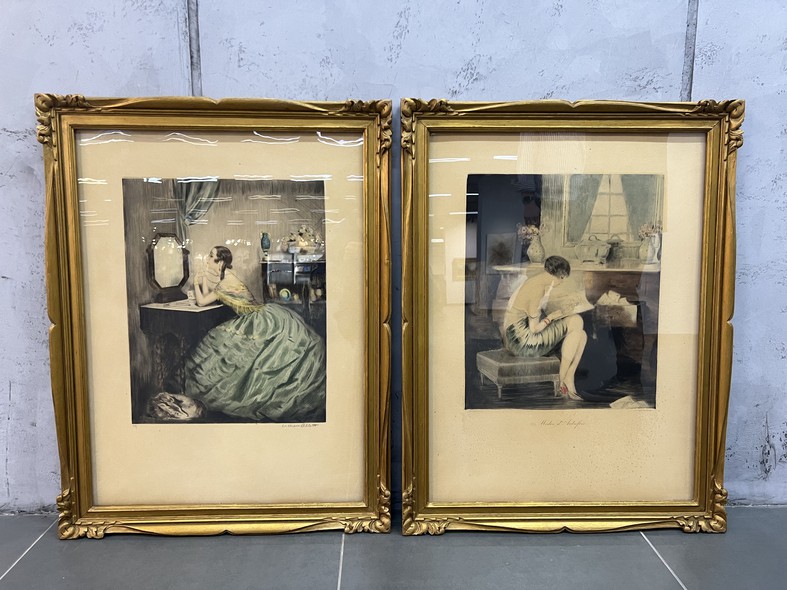 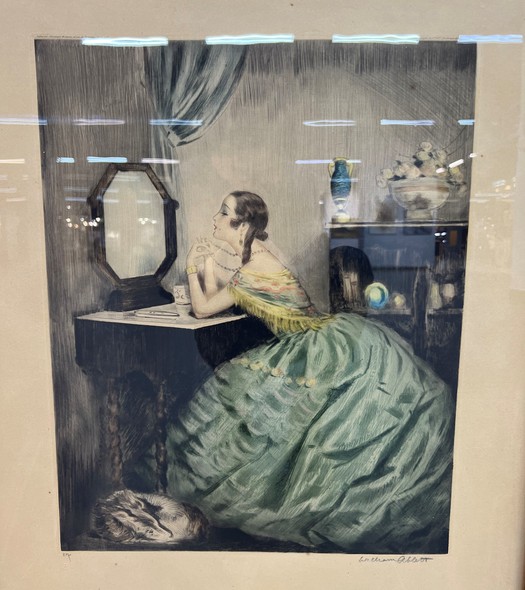 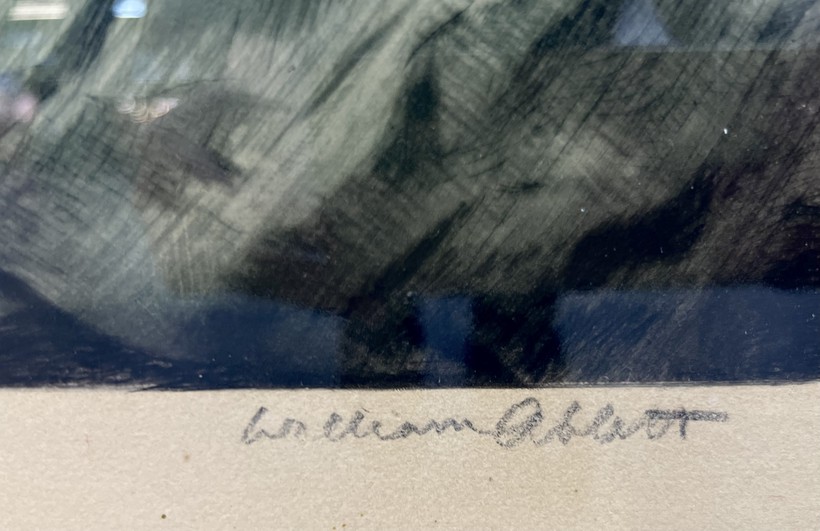 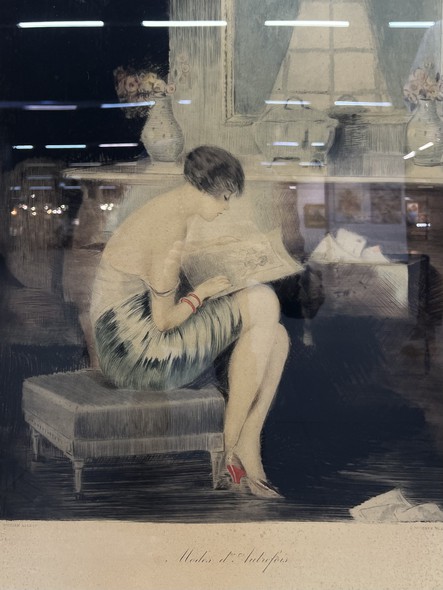 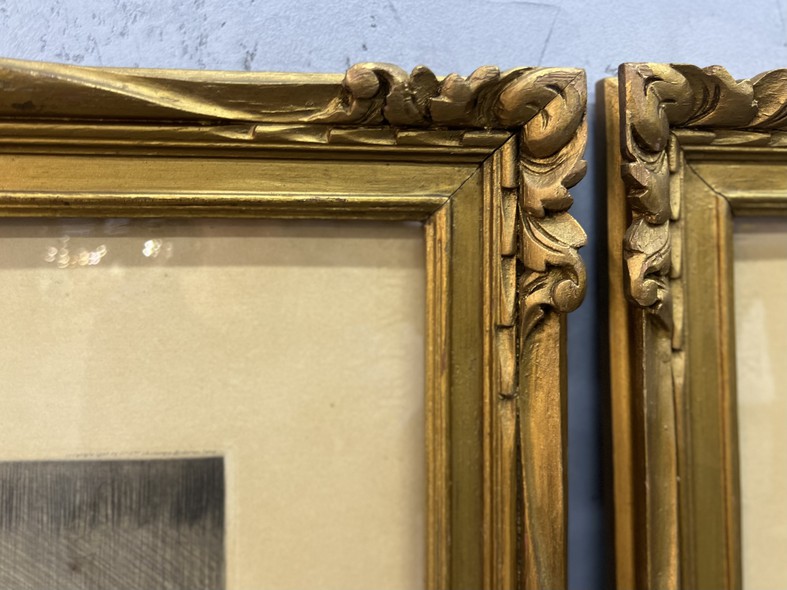 Antiquarian engravings. Paper, print, signature of the author of the drawing - William Ablot (Ablot or Ablieta, the signature is slightly different on different prints). France, early 20th century. William Ablott is a French painter and printmaker. He studied with the famous artists of his time, Jean Gerome and Albert Oblet. In 1900 he received an award for drawing at the Paris Salon. Five years later, Ablott won a silver medal at the World's Fair in Pieg. A year later, he was admitted to the Union of Artists (Cercle de l'Union artistique). In the next twenty years, the main themes of his work were portraits (mostly women) and fireworks. Engraving work began in the 1920s.