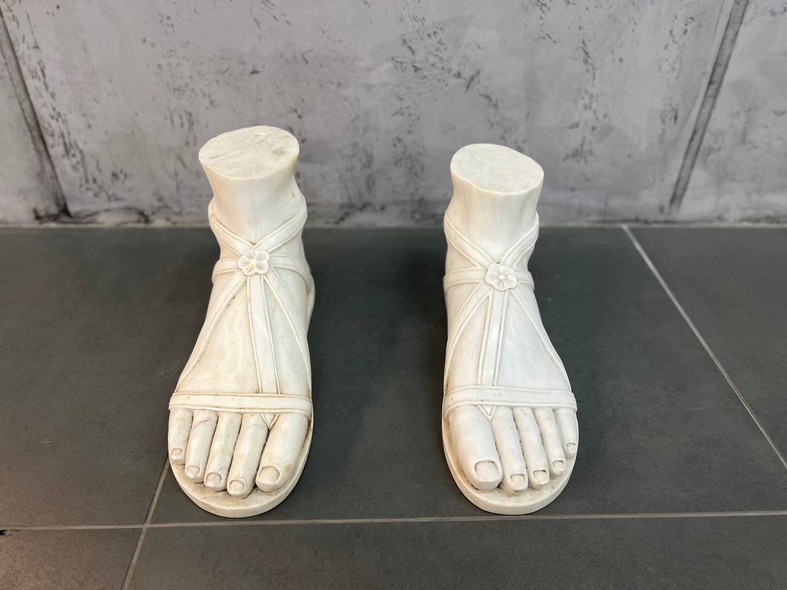 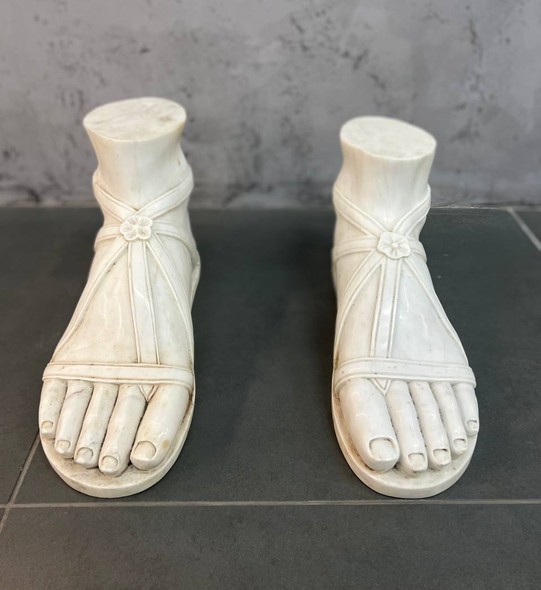 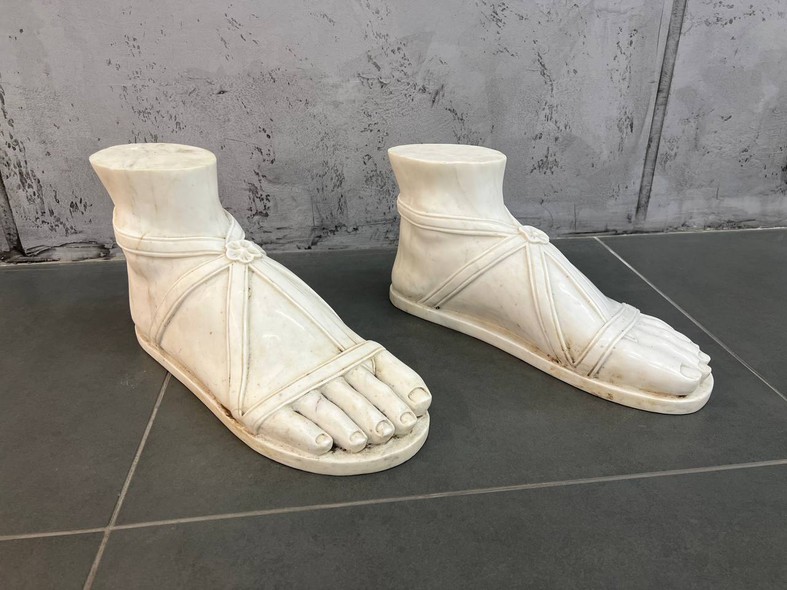 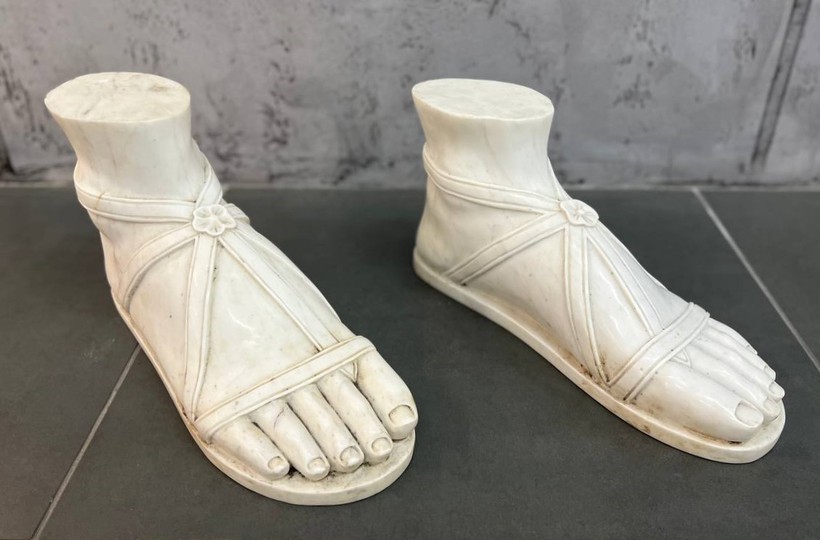 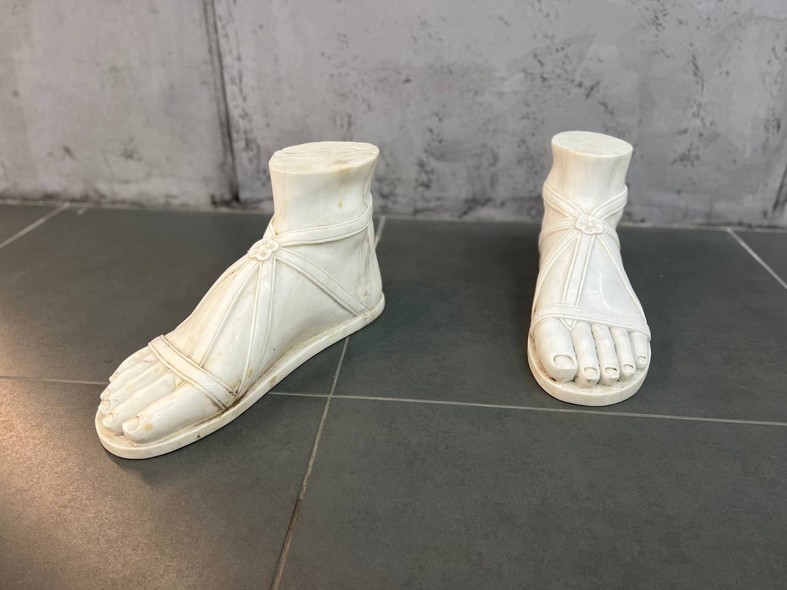 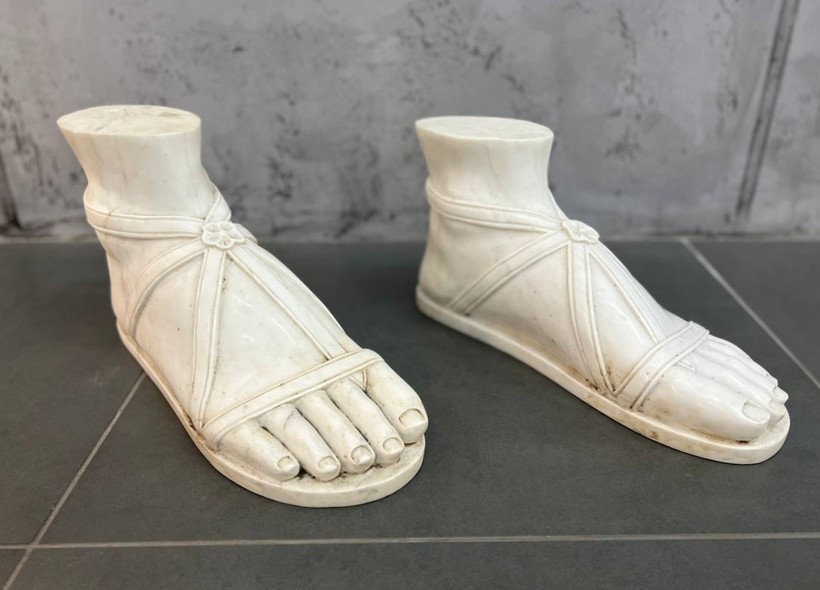 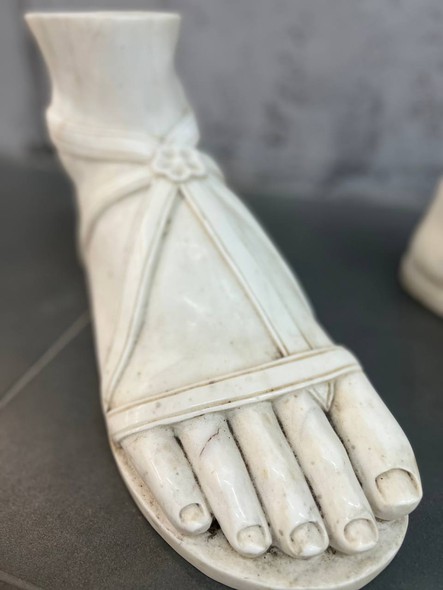 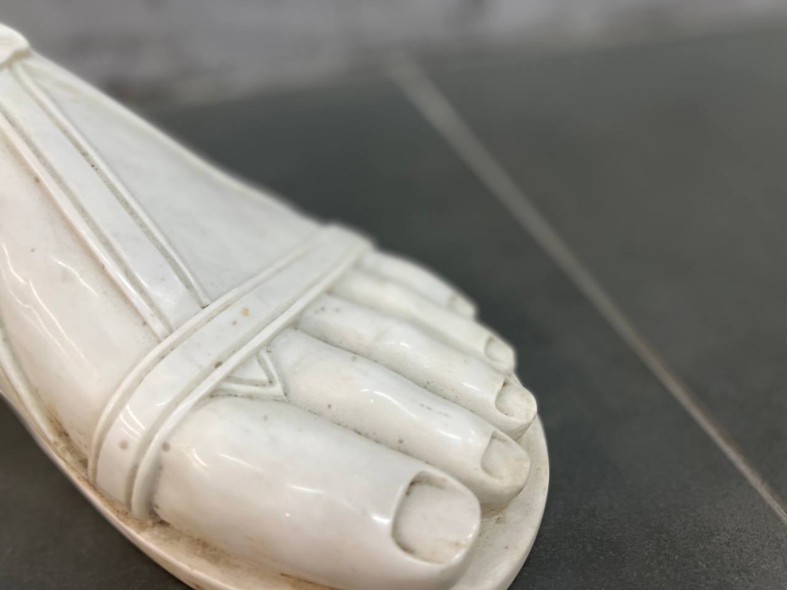 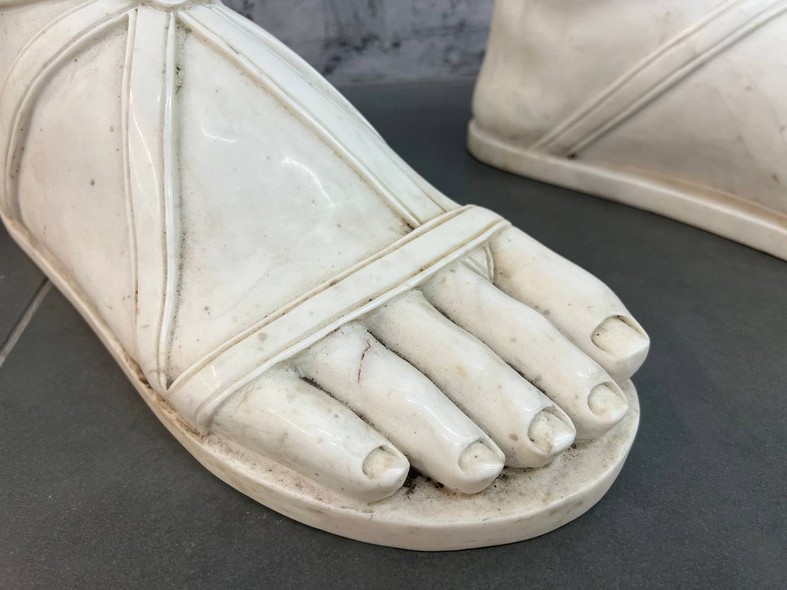 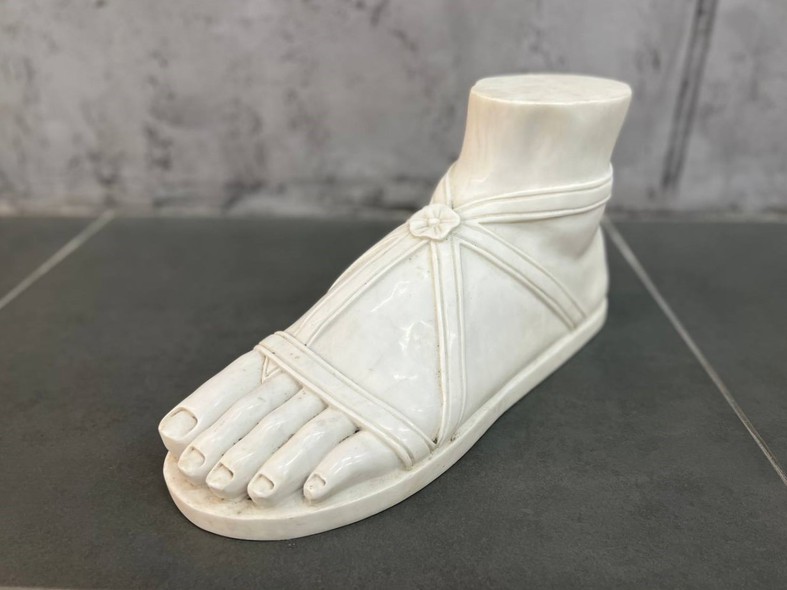 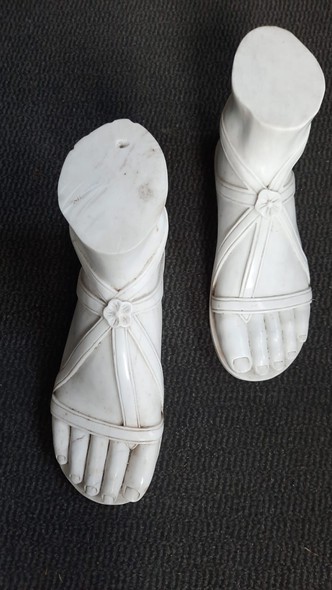 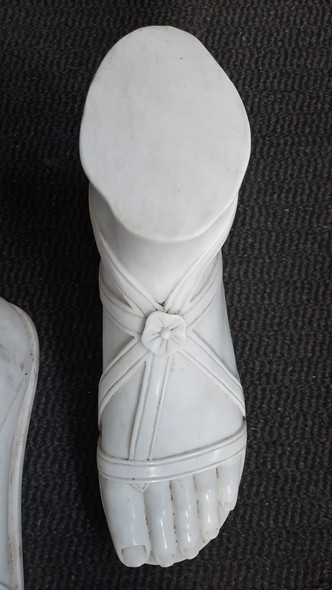 This type of sculpture has been known since ancient times under the conditional name "Greek foot". It could be a sculptural image of one foot or two, it rather depended on the wishes of the master or the customer. A distinctive feature of such sculptures was that they reflected the main aesthetic ideal of the foot for the ancient Greeks. If you look closely, then note that the second finger on both feet is slightly longer than all the others, in life such a distinctive feature is relatively rare, but this feature is found on almost all ancient statues (and later on Renaissance statues). This structure of the foot was the standard of beauty for the ancient Greeks. This form was repeated by sculptors (most often intentionally) so often that it became a kind of model for all masters. So, for example, the famous "Statue of Liberty" in New York is also endowed with this anatomical feature. 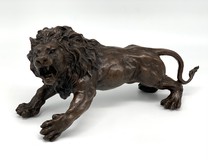 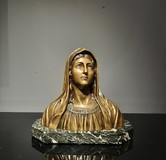