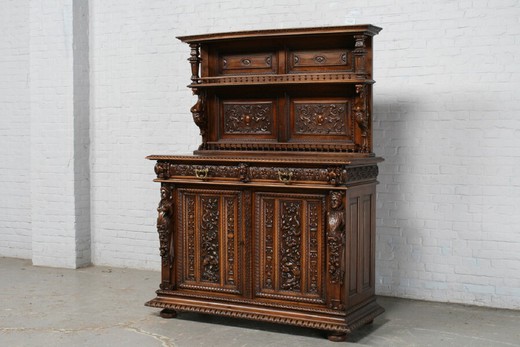 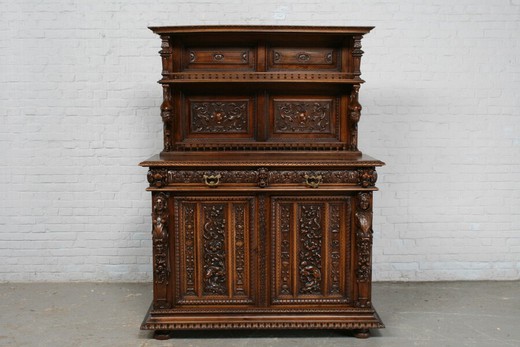 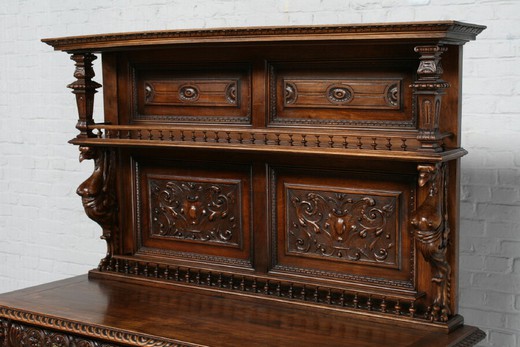 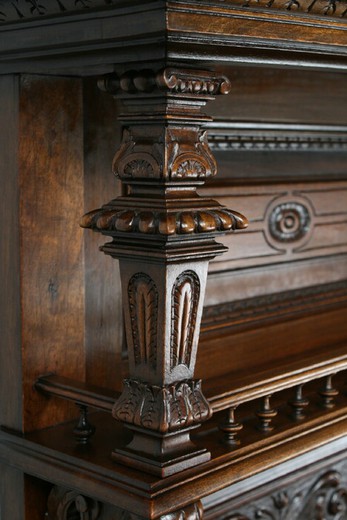 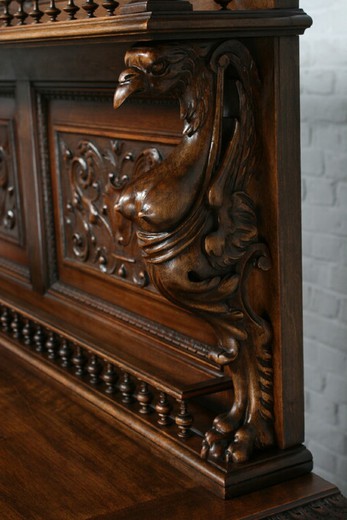 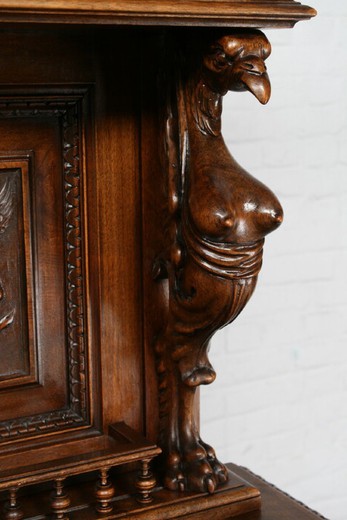 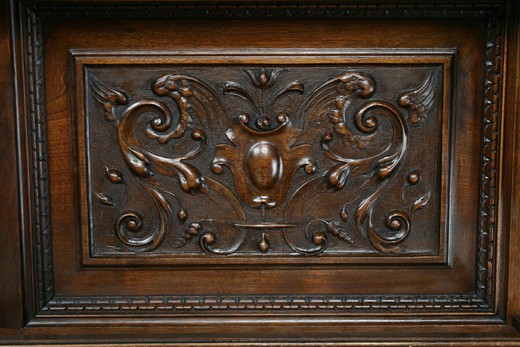 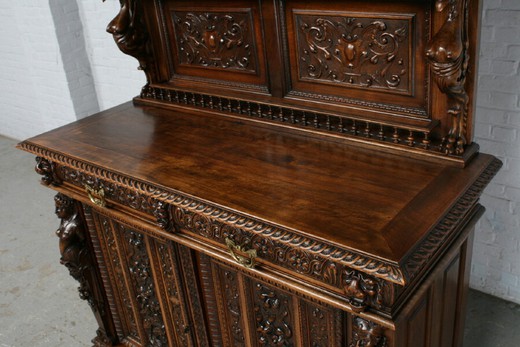 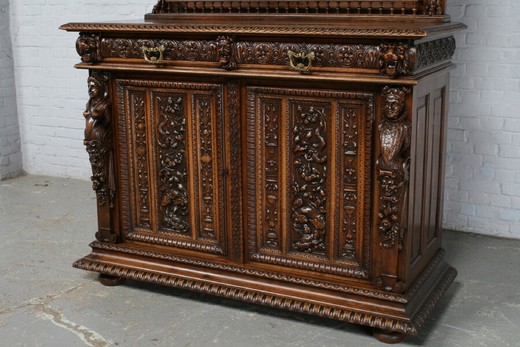 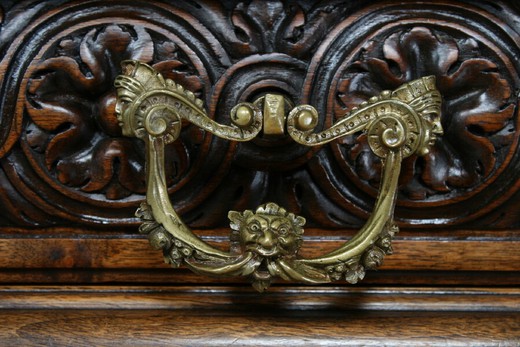 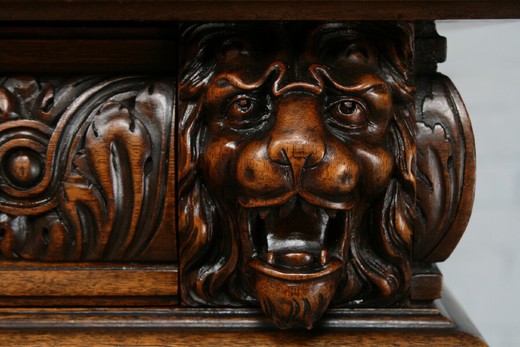 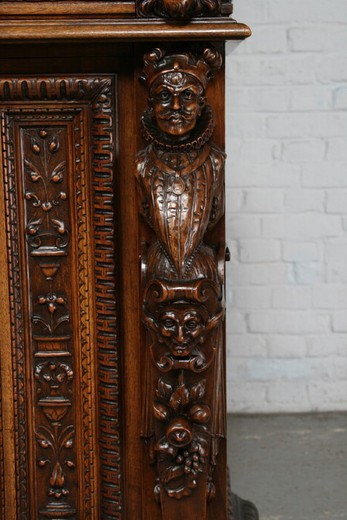 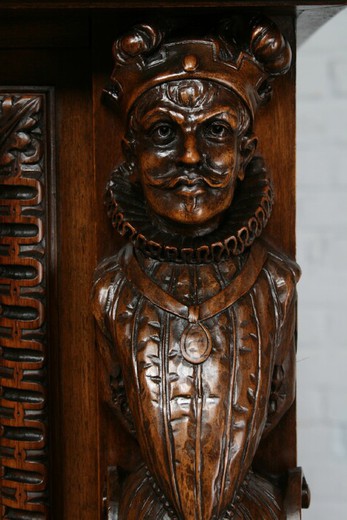 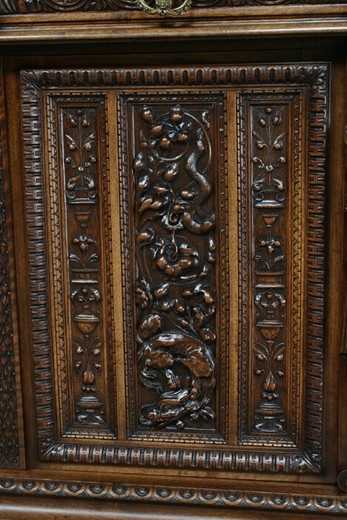 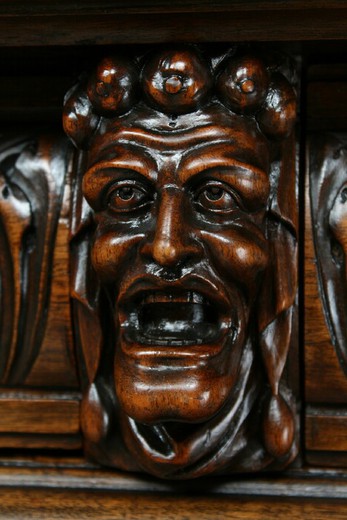 Masterfully decorated with intricate carvings in the Renaissance style. On the sides are griffin-shaped caryatids. In the lower part, the caryatids are represented by the image of a noble person. It can be seen that he is wearing a medallion and clothing corresponding to the class. Among the decorative carved elements are present here: acorns, grapes, flowerpots with flowers, which seem to twist along the entire surface of the lower part. The sides are decorated with lion heads. The upper part is decorated with carved rosettes and heraldry. The upper shelf rests on two carved columns. Special attention should be paid to the handles of the drawers, made of bronze, each of which is a mascaron, from the mouth of which two ribbons emerge, ending with two anthropomorphic images. 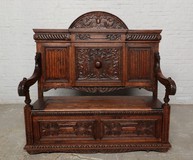 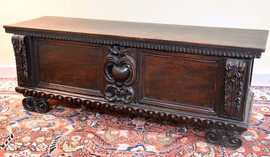 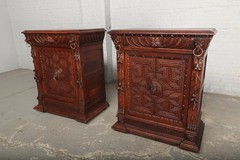 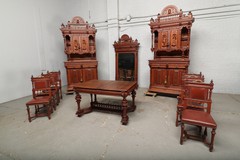