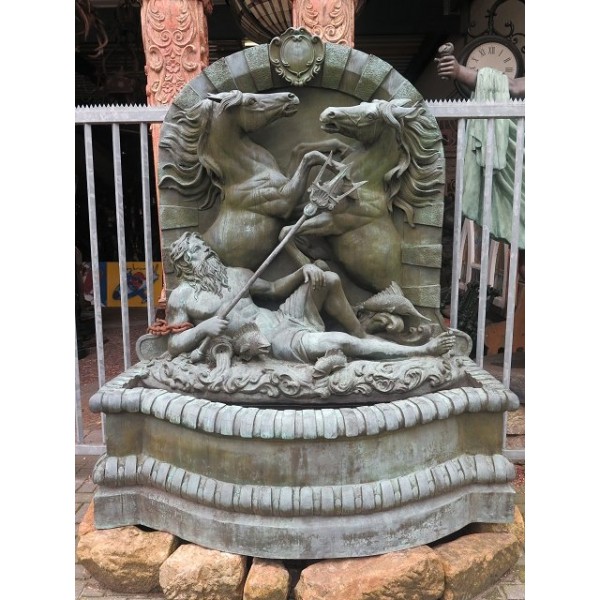 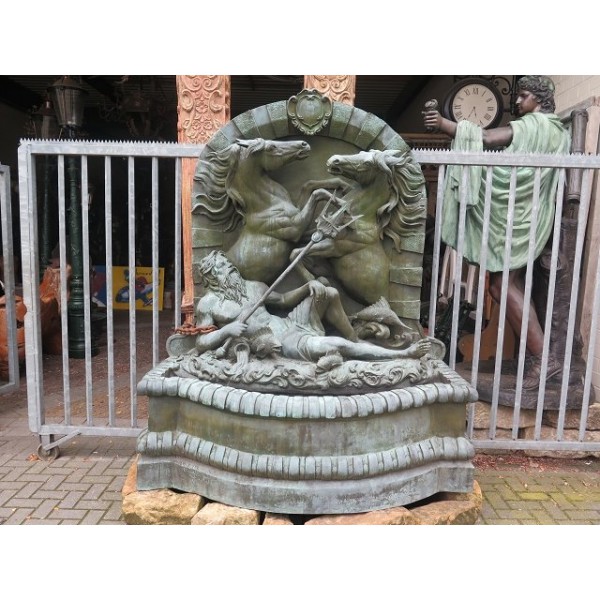 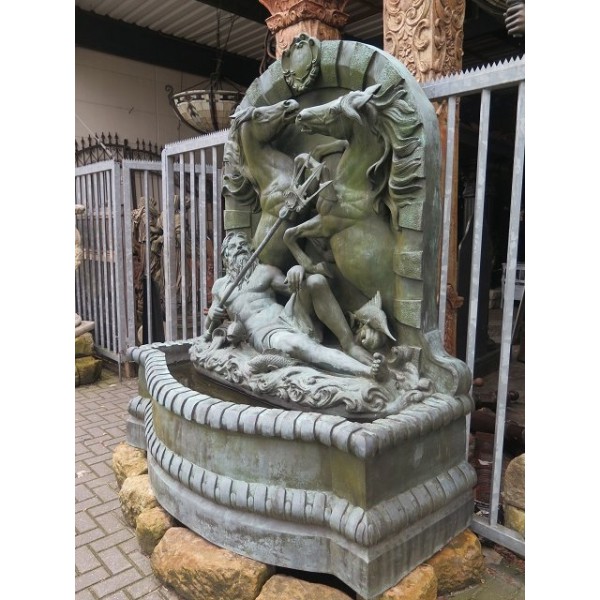 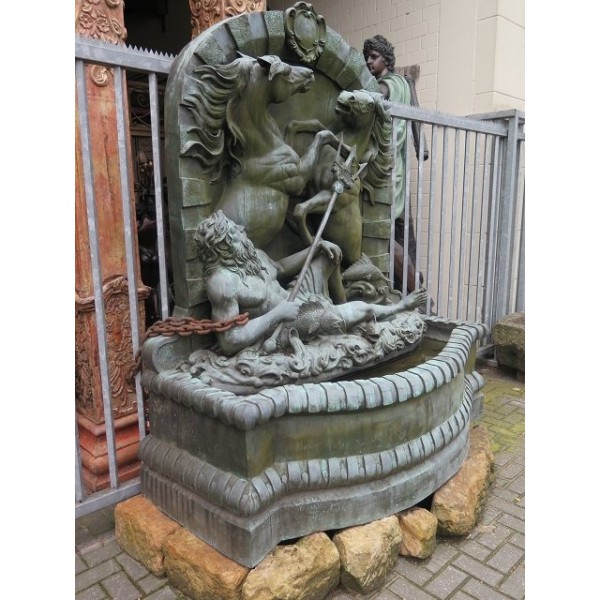 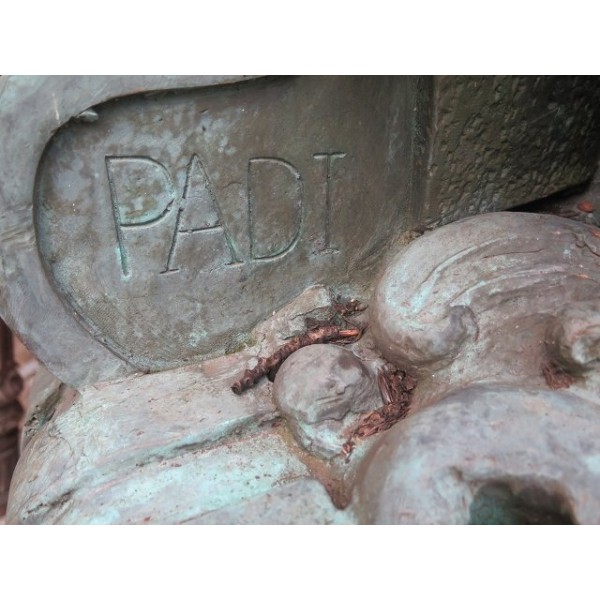 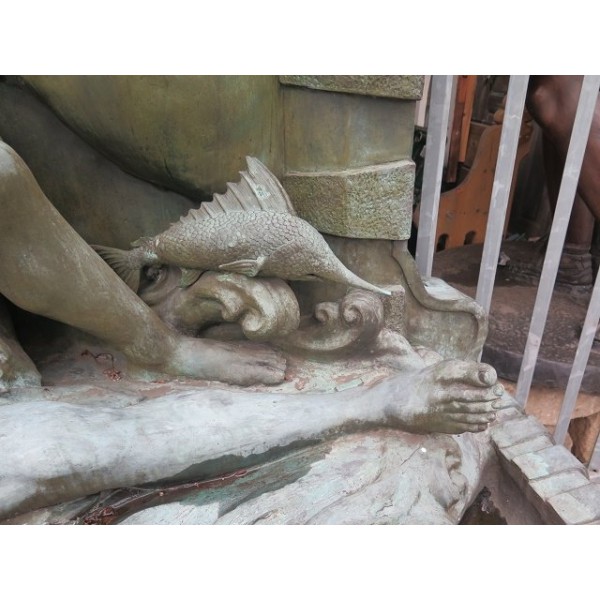 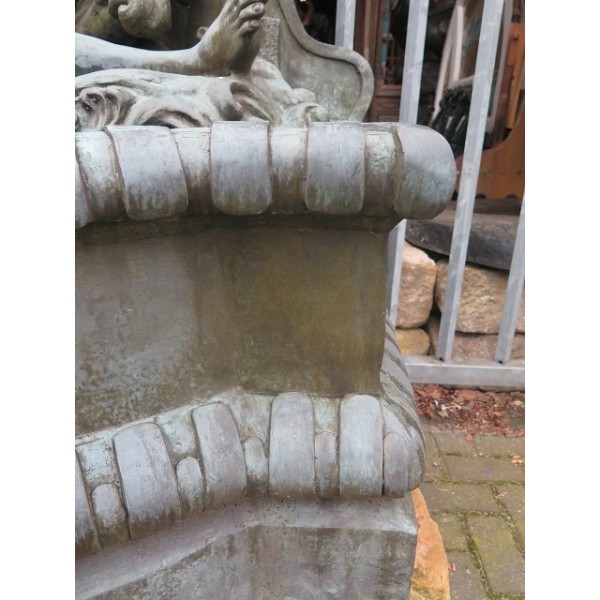 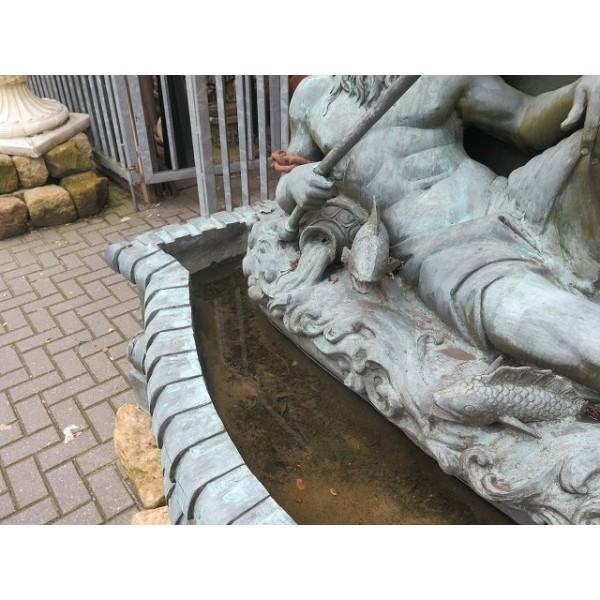 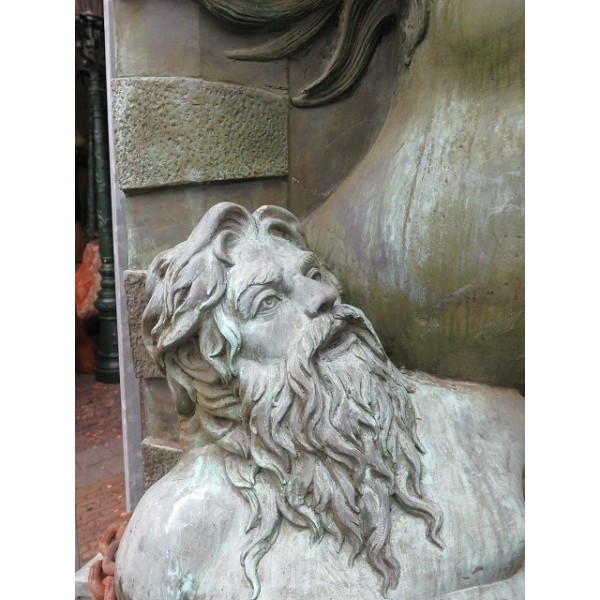 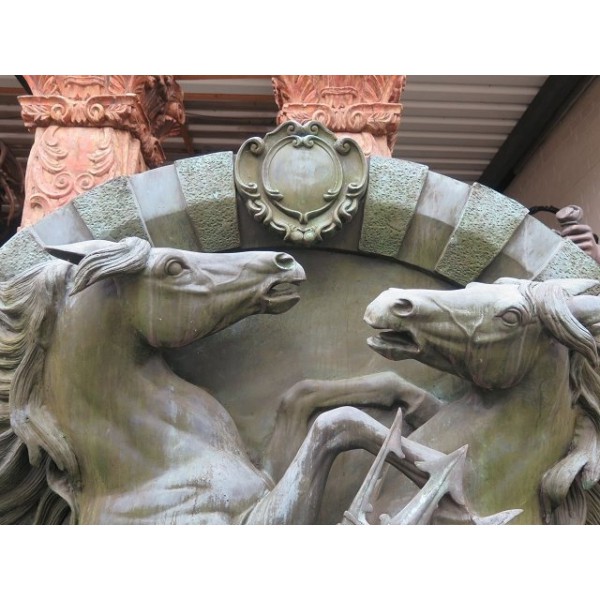 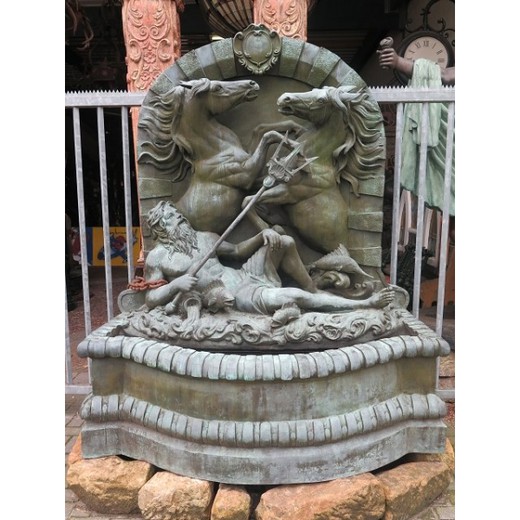 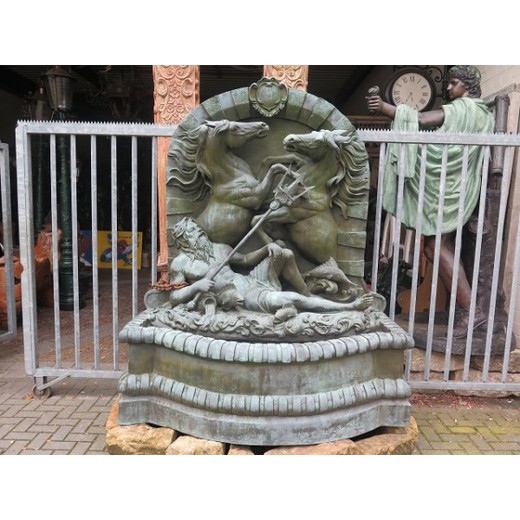 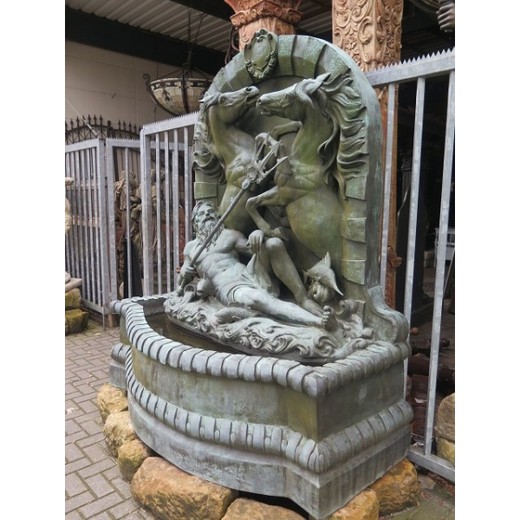 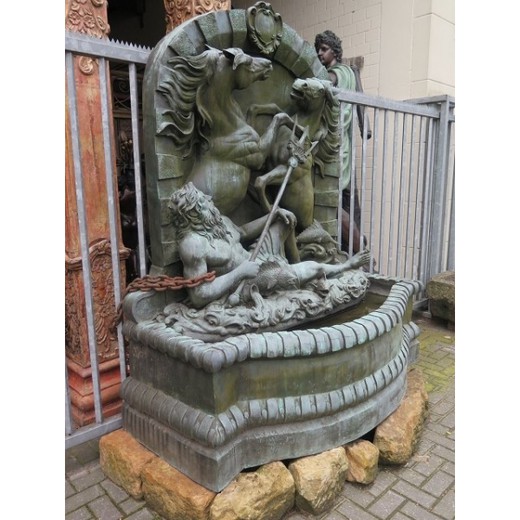 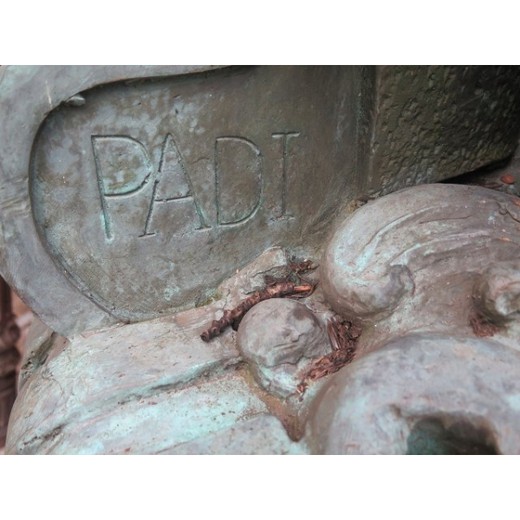 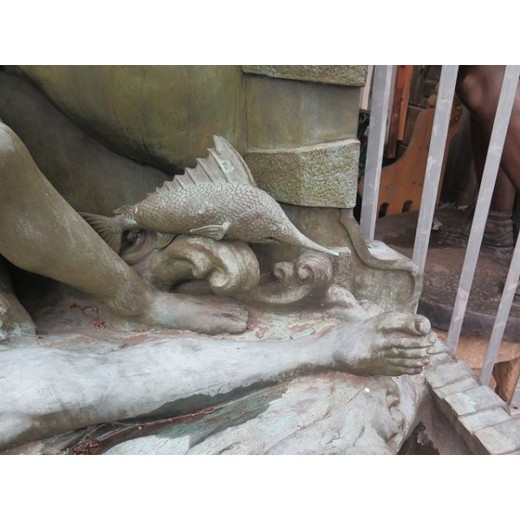 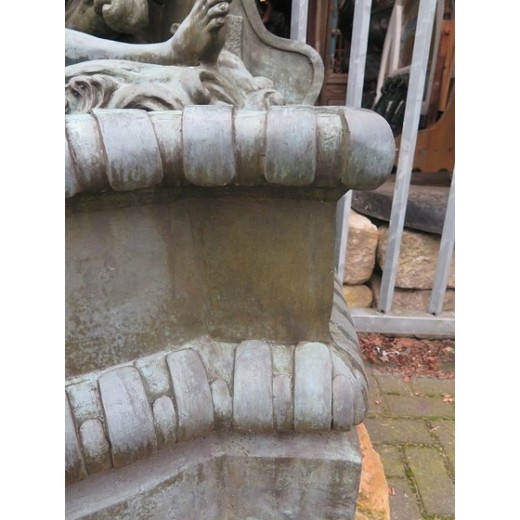 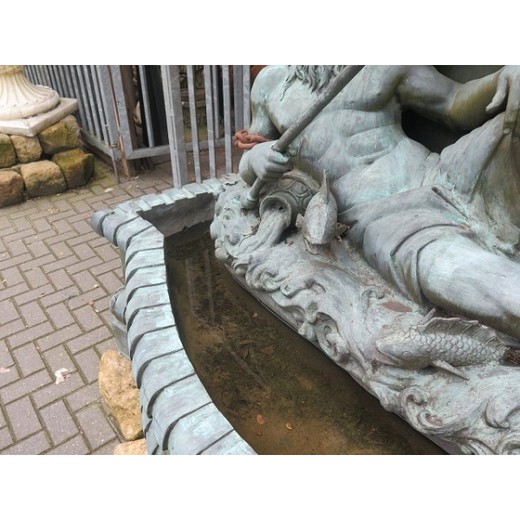 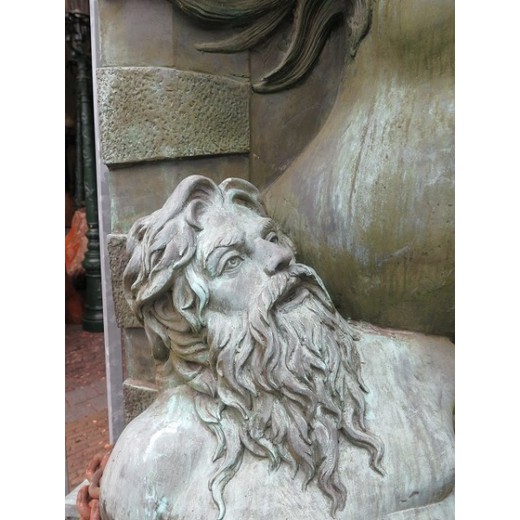 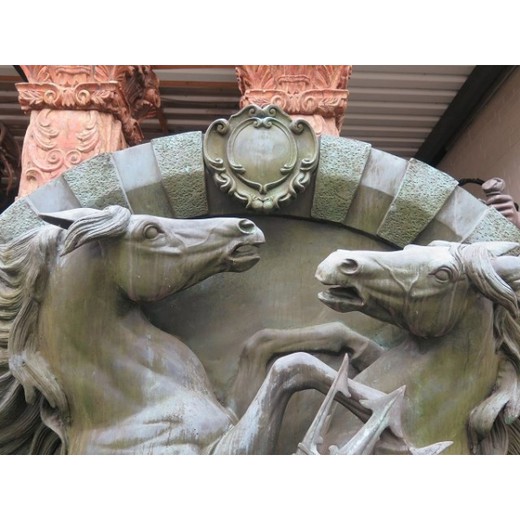 The composition presents to the observer the sea god Neptune or Poseidon, one sight of which made one tremble. The great, mighty patron and master of the seas, sky, earth and the elements, able to tame the thunderstorm and bring a storm, the one who sank the ship of Odysseus and cut the sea with the help of two mighty horses.

Poseidon or Neptune is depicted with an invariable attribute in his hands - a trident, a symbol of magic, a deadly weapon. The trident is a very ancient symbol that is found in the epic of ancient peoples, Etruscans, Hindus (Shiva), Rus (Rurik dynasty), etc.

The fountain is made so realistically that the composition seems to be a living canvas and it seems that at this very moment there is a meeting face to face with the strength and power of the Ancient World.