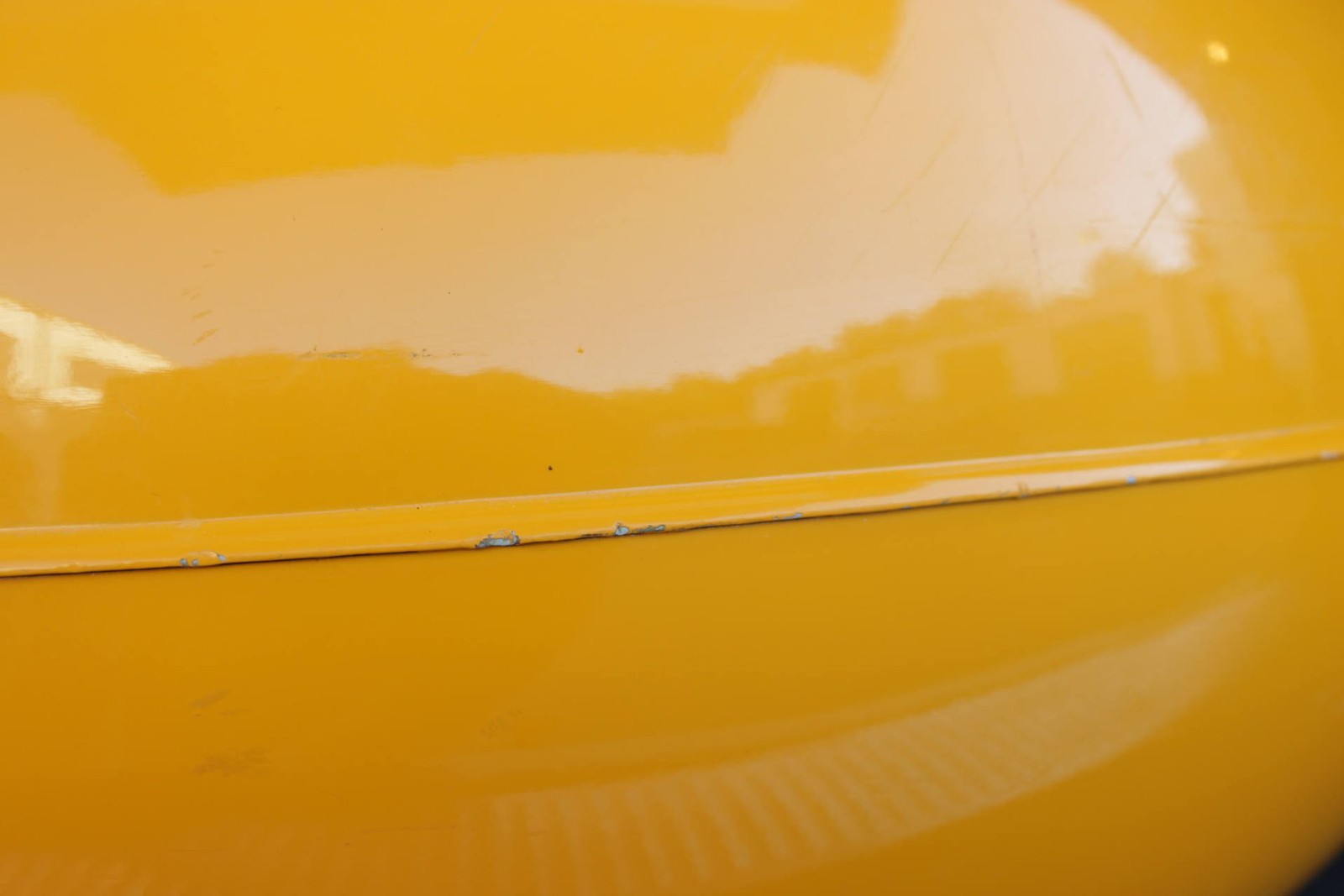 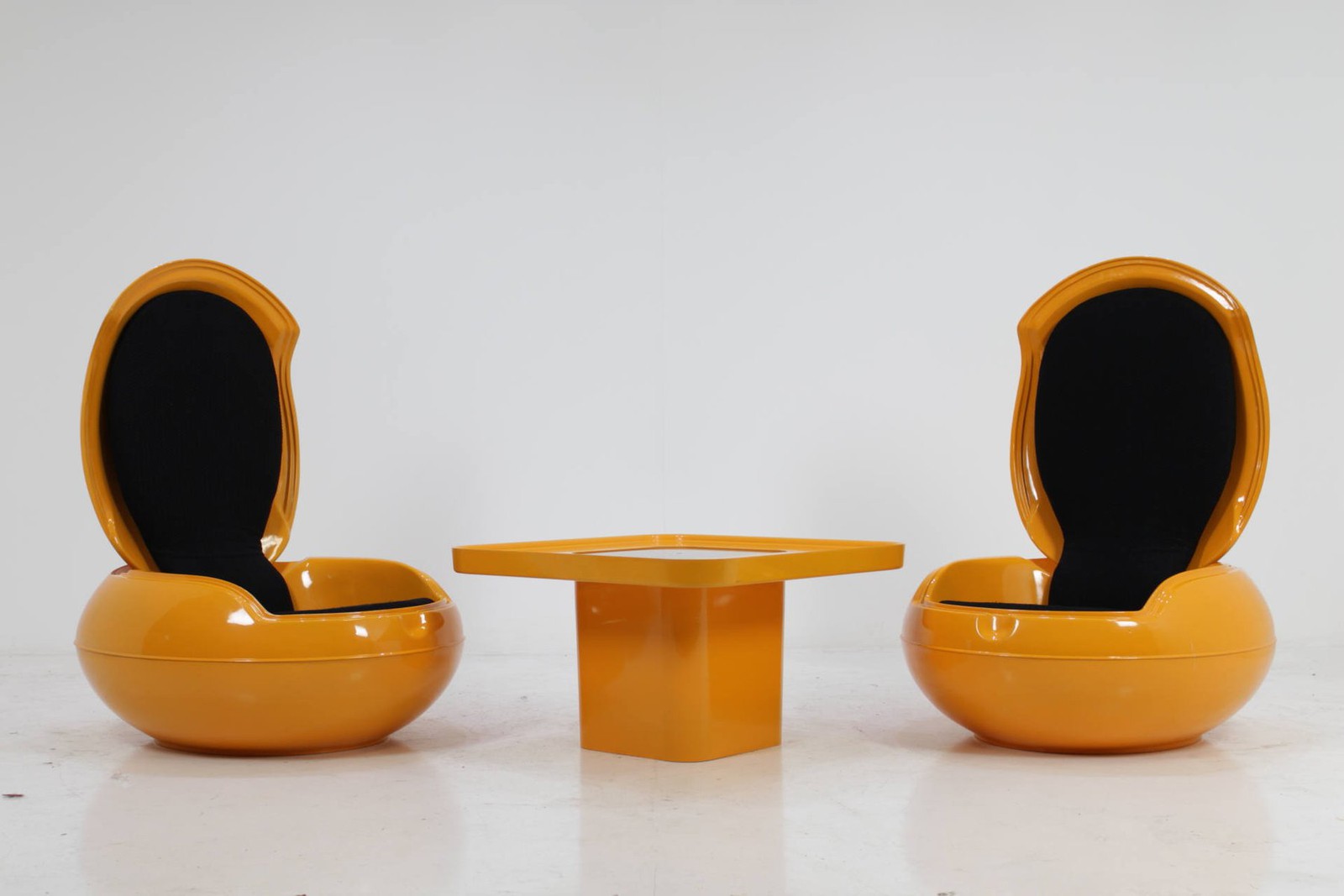 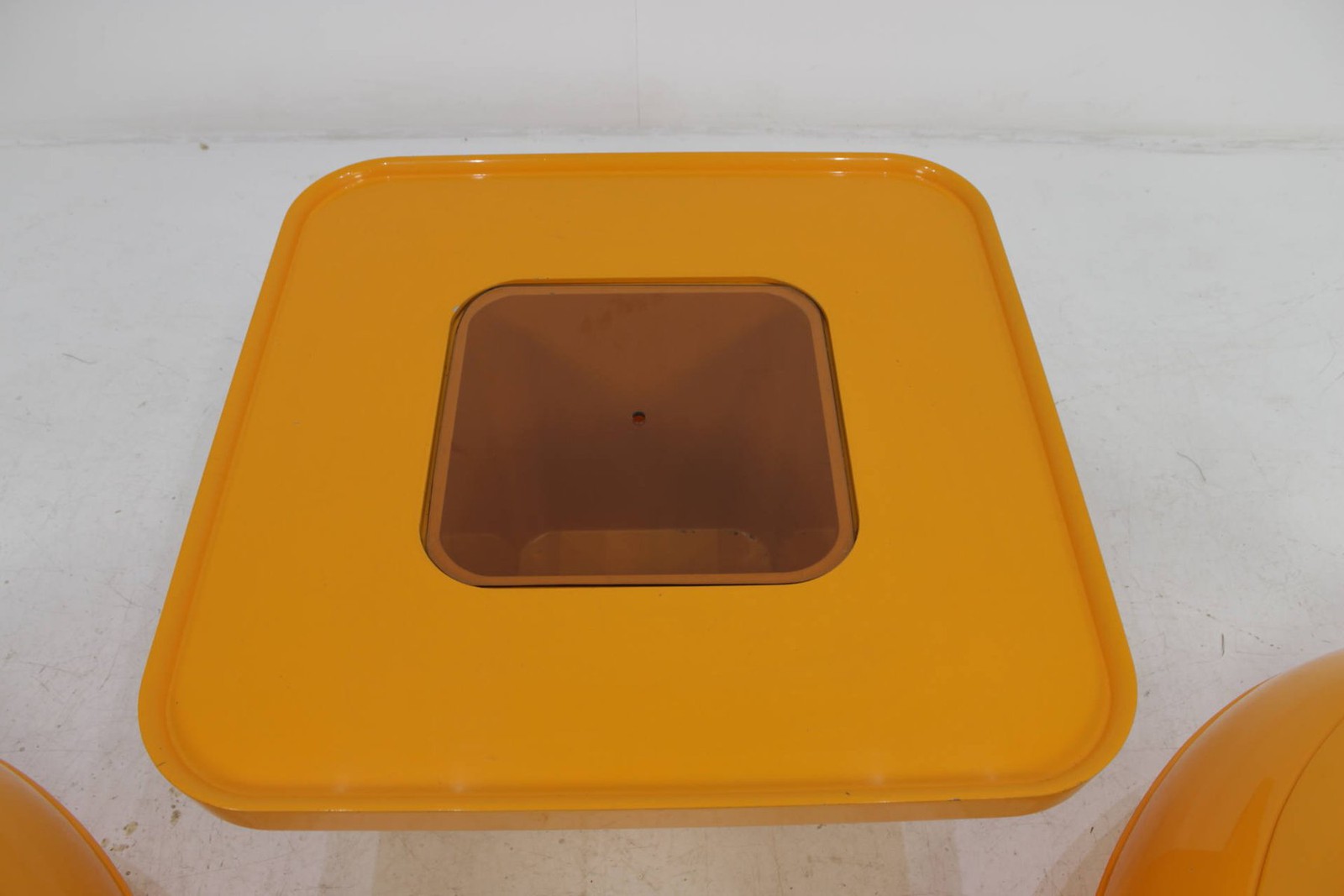 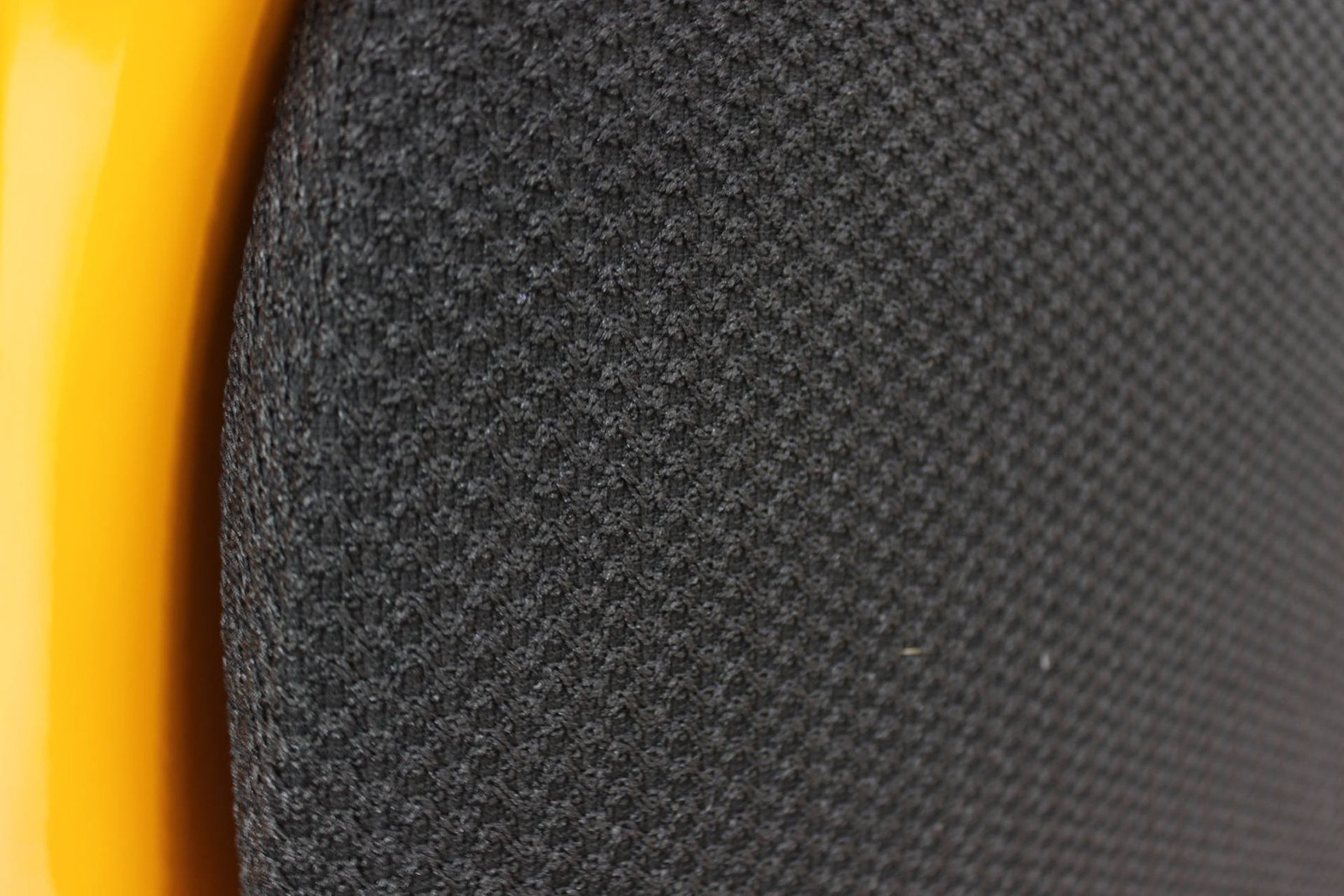 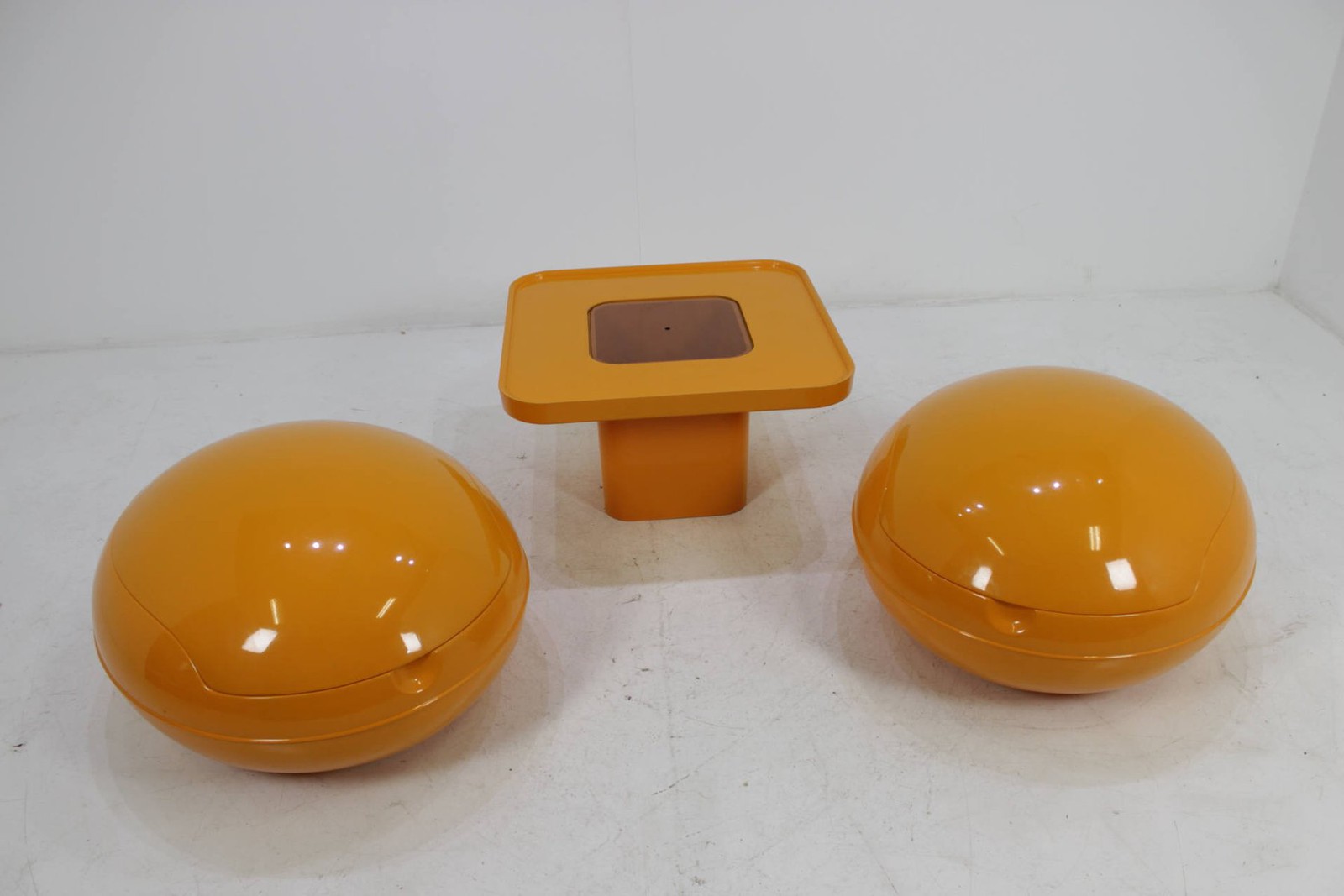 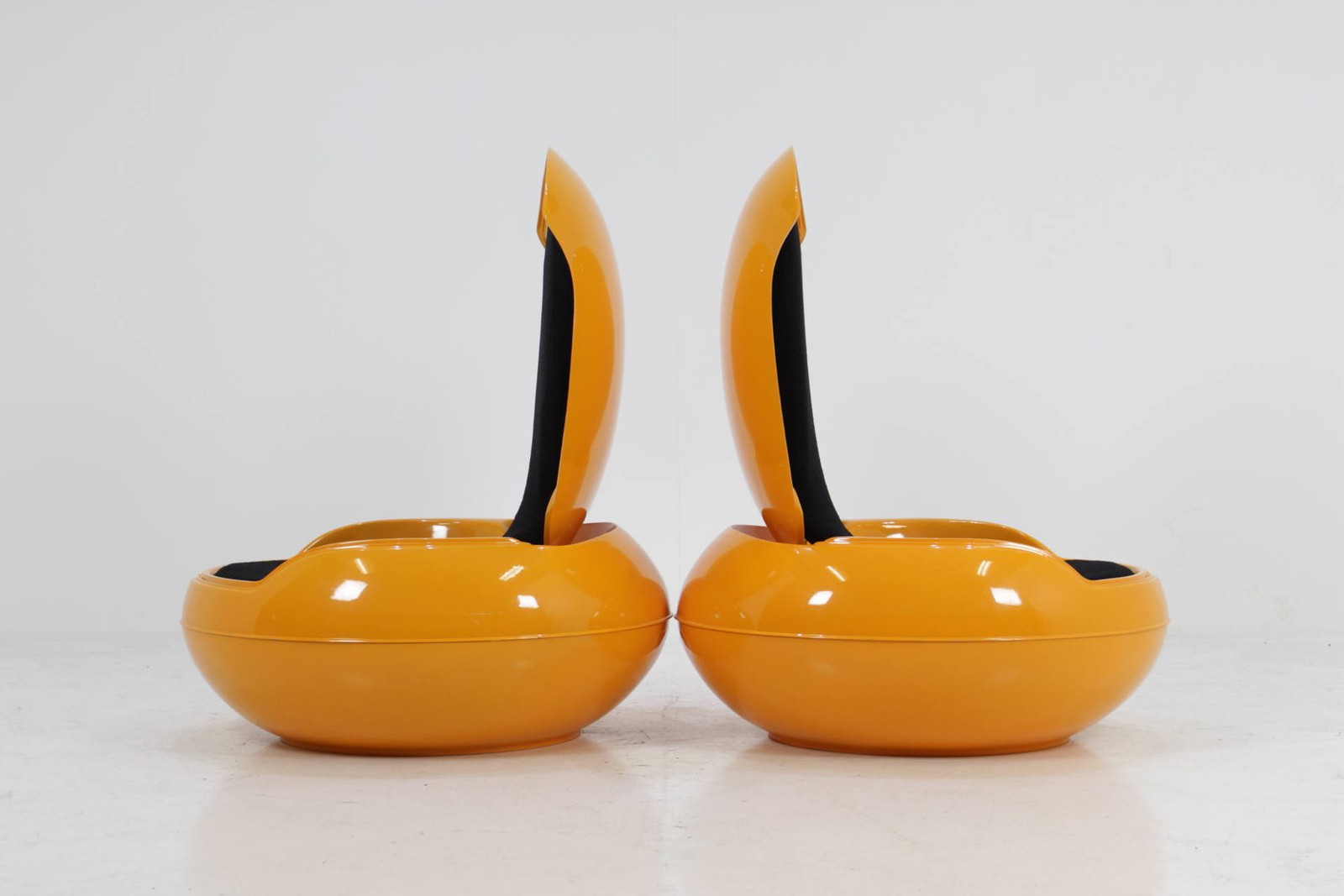 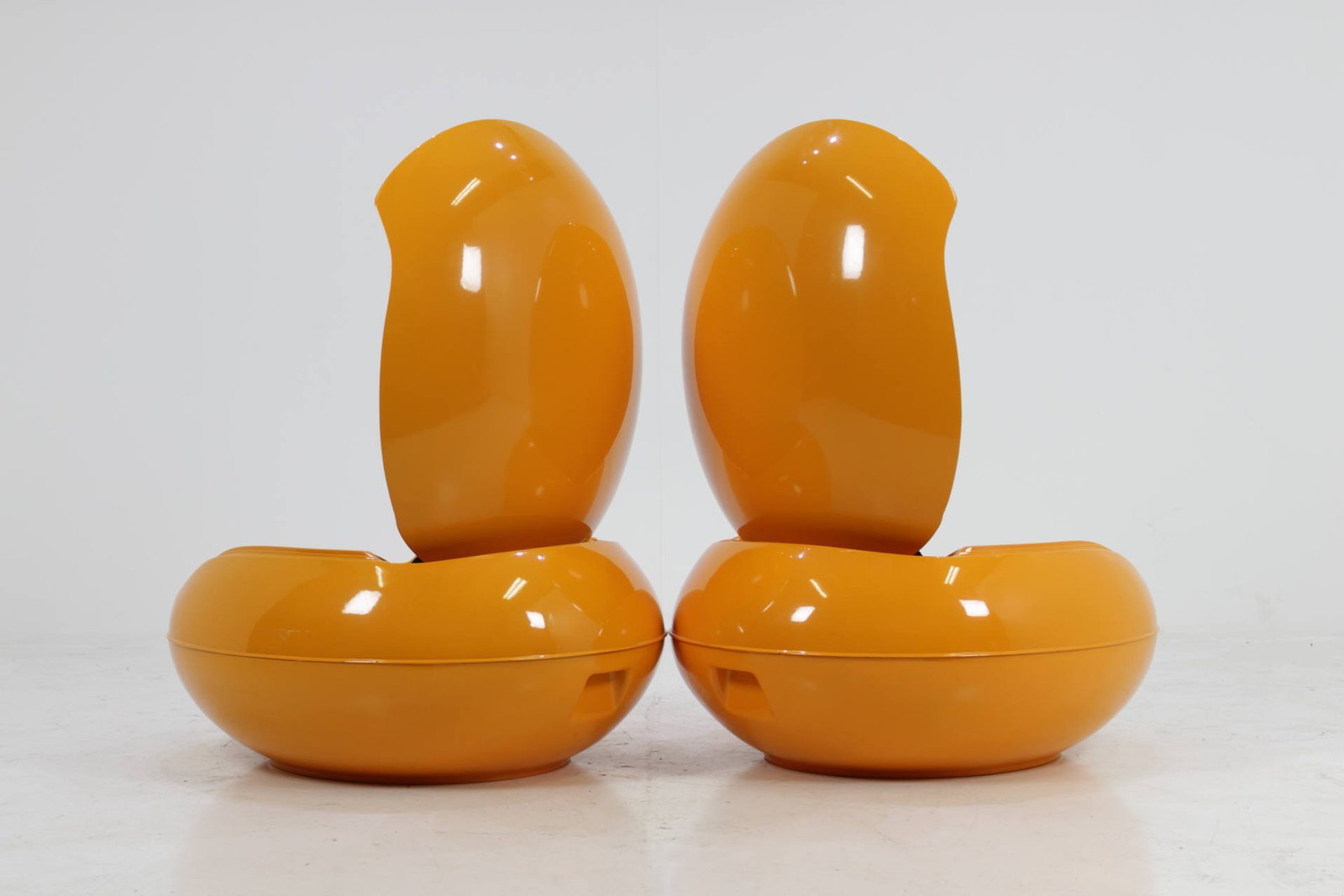 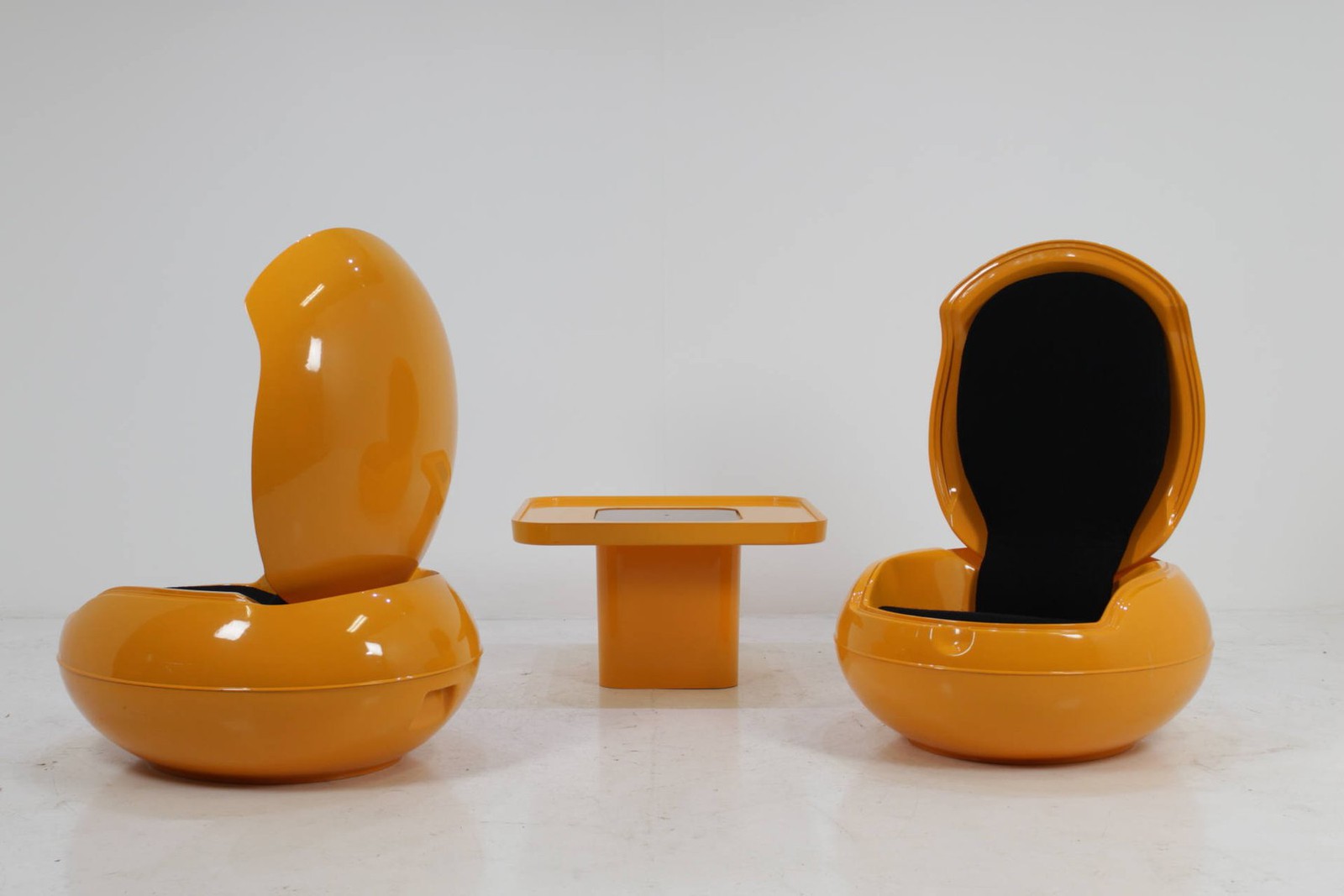 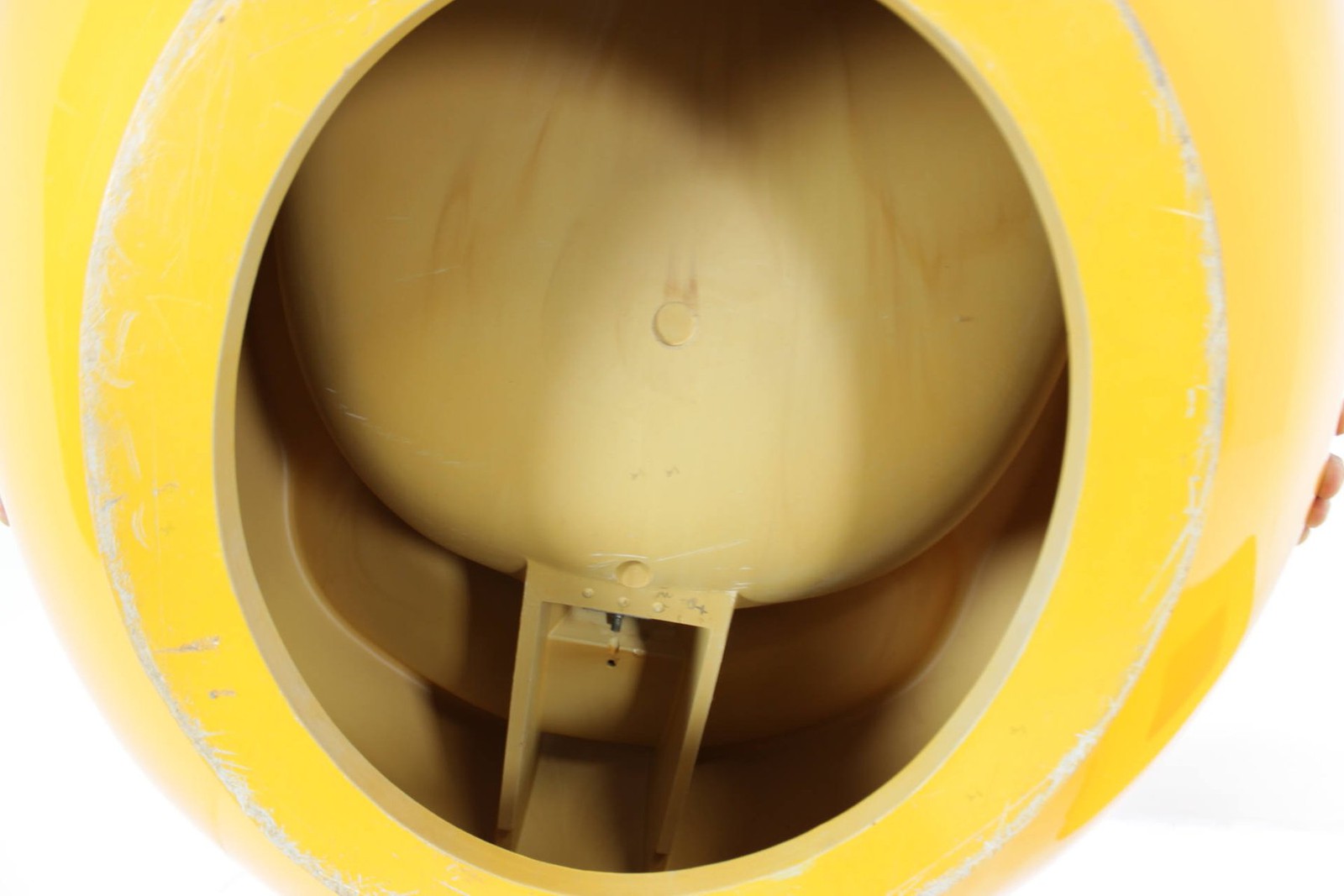 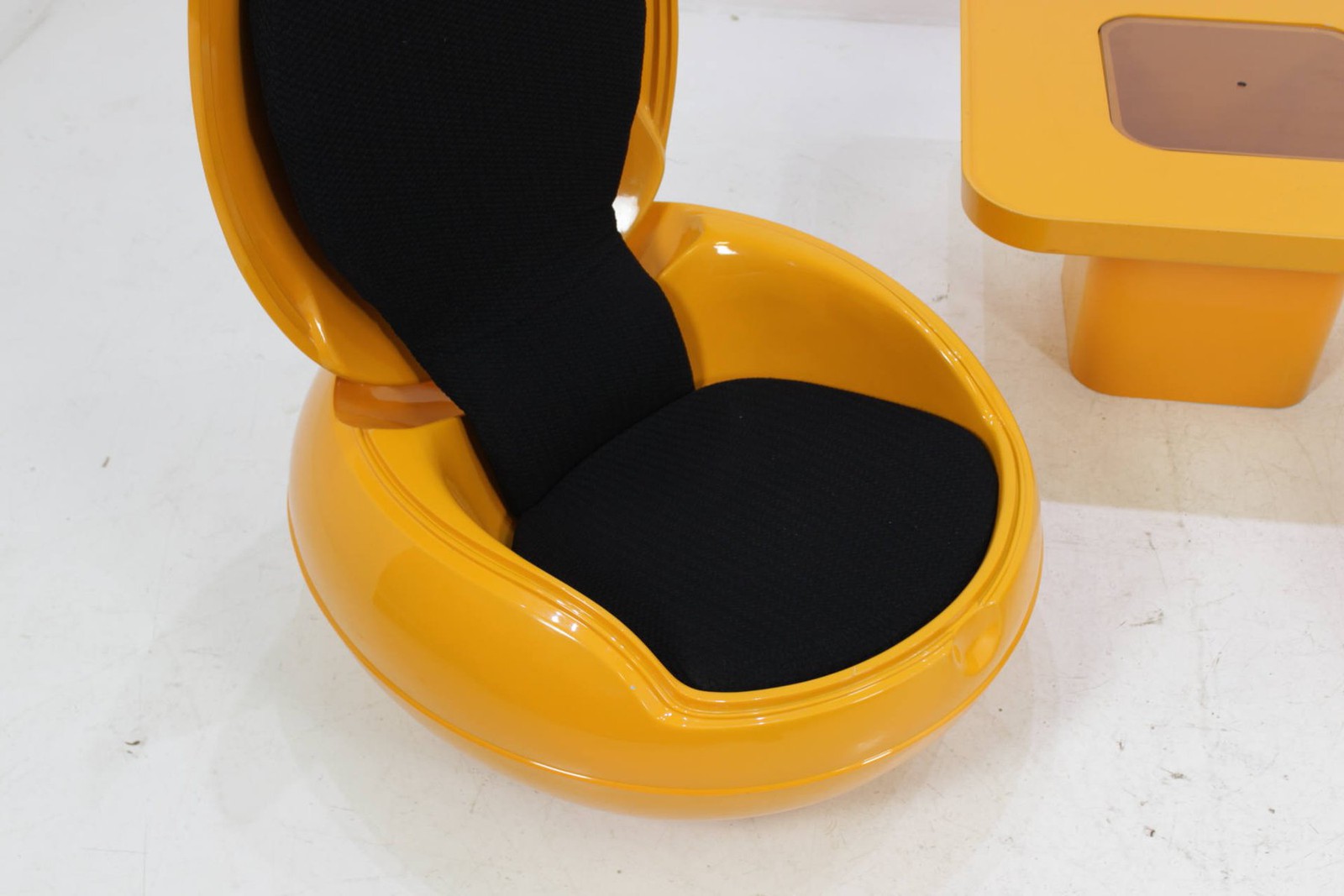 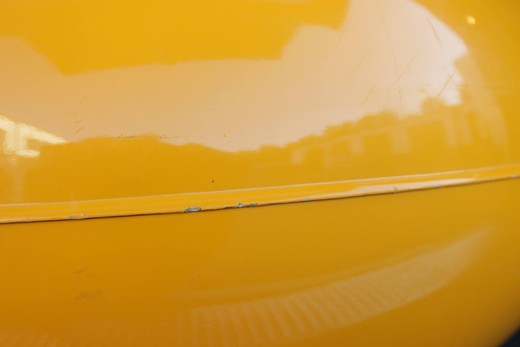 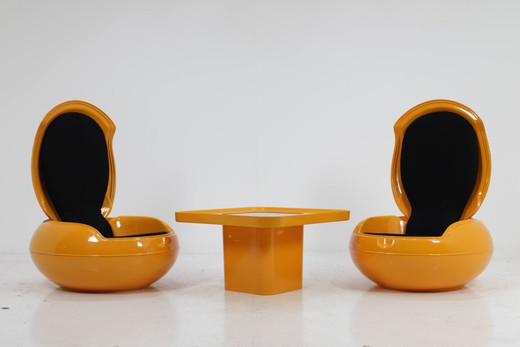 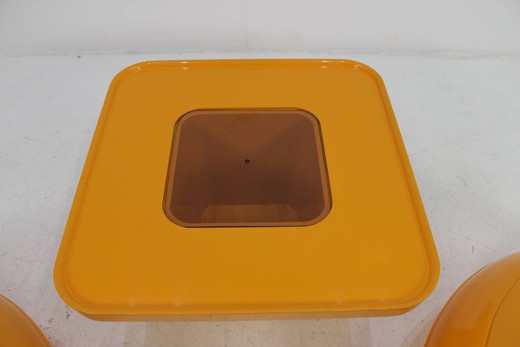 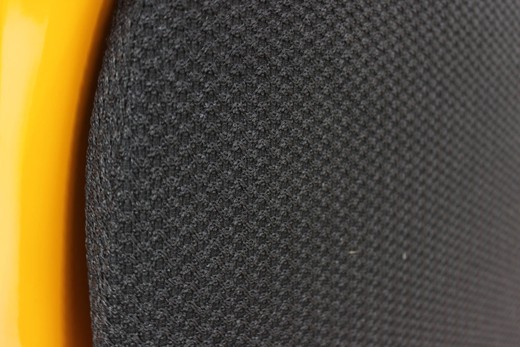 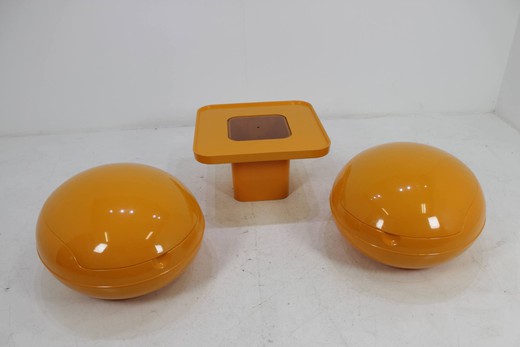 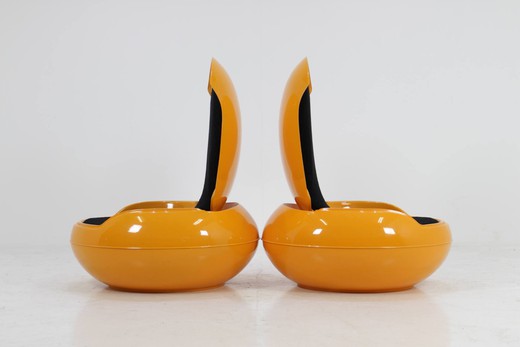 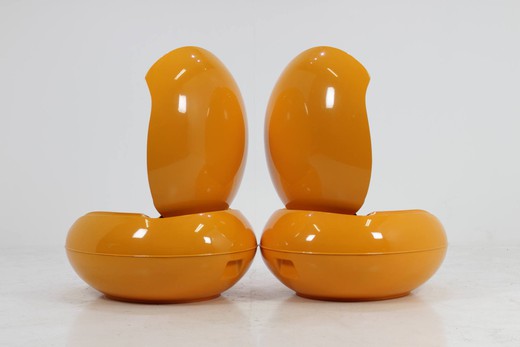 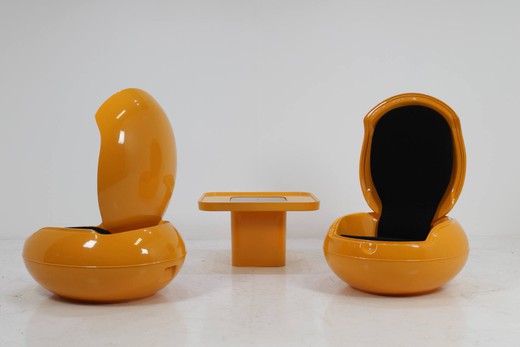 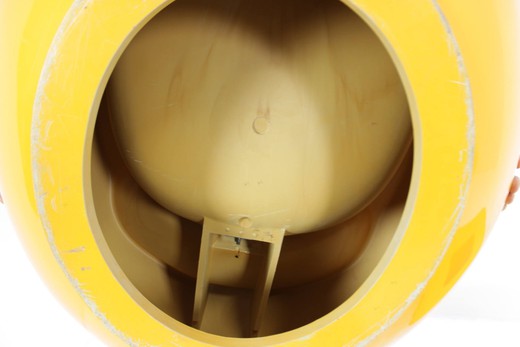 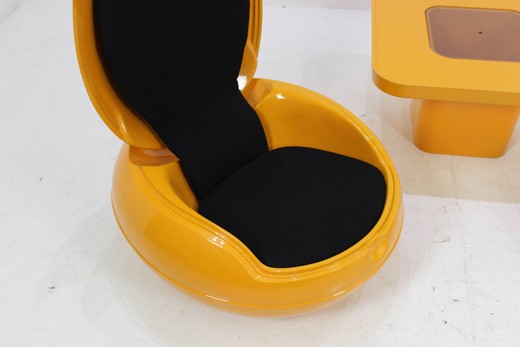 Vintage pair of armchairs and side table. Made of fiberglass. Designer - Peter Geechee. Germany, 1968

Peter Ghyczy is one of the most famous immigrant designers who have had a strong influence on the German design school. He was born in Budapest in 1940. In 1956, the Gichi family left Hungary and moved first to Vienna and then to Germany. Peter received his secondary education in Germany, studying sculpture in Düsseldorf, and then studied architecture at the Technical University of Aachen. He was a student and assistant of the famous German architect Rudolf Steinbach. Launched in 1968, the Garden Egg Chair became Geeche's most successful design project and remains one of the most recognizable objects to date. In 2008, for its 40th anniversary, Ghyczy redesigned and relaunched the Garden Egg Chair. In the same year, the original chair was shown at the Cold War Modern: 1945-1970 Design retrospective at the Victoria and Albert Museum in London. Today, 1970s Geechee pieces are highly sought after by collectors and highly sought after in the vintage market.