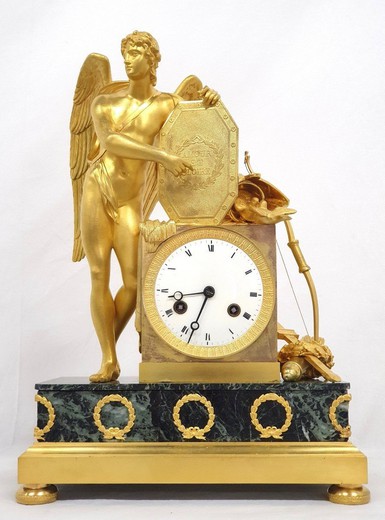 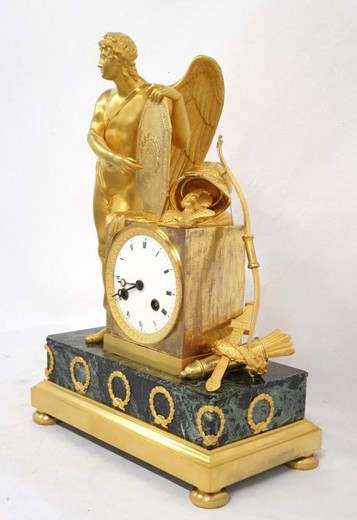 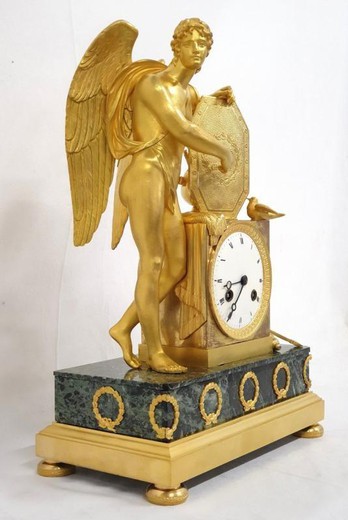 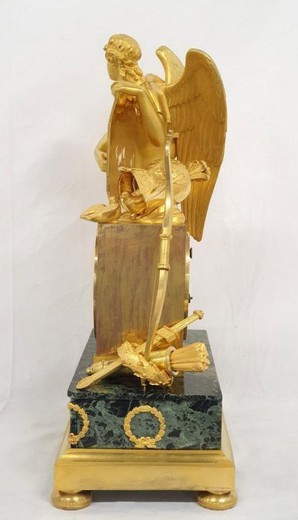 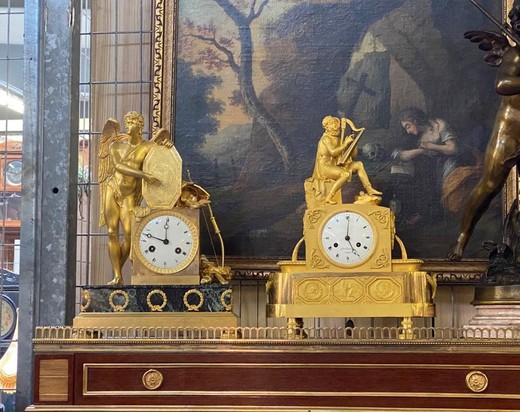 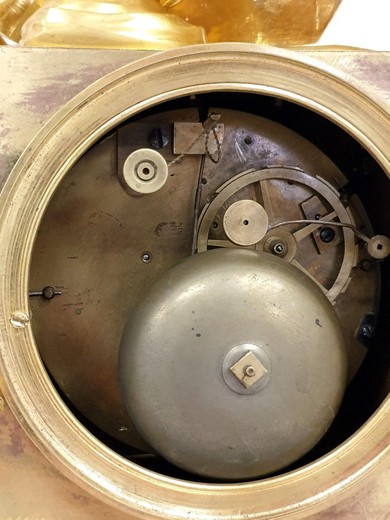 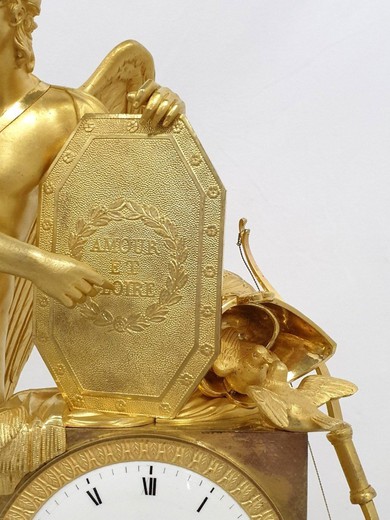 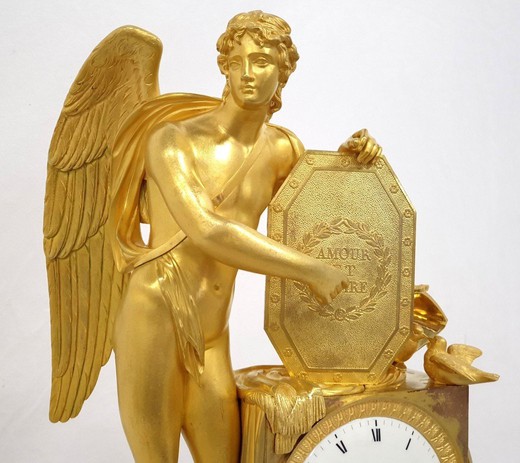 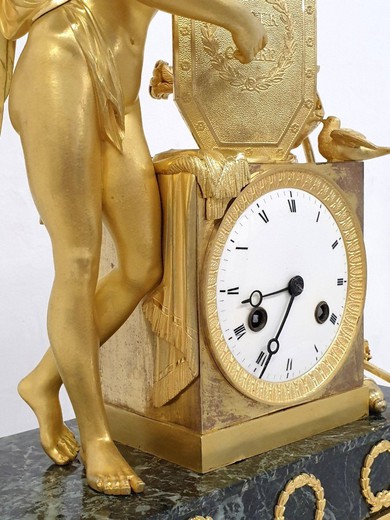 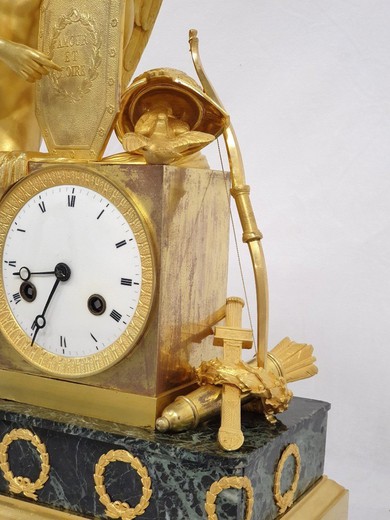 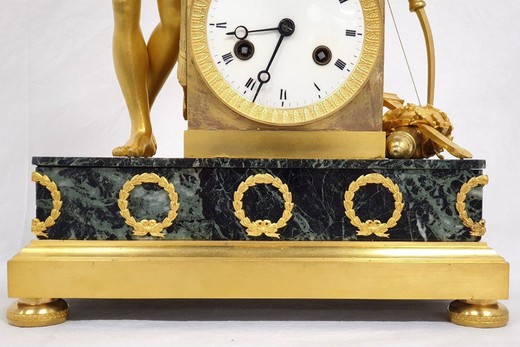 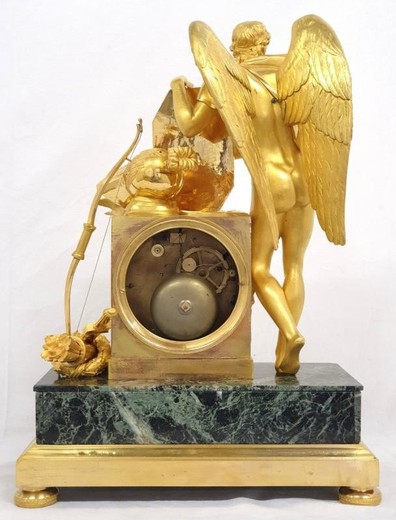 The watch is a figure of a Cupid leaning on the dial. In his hands is a shield with the words "Love and Glory" (amour et gloire) framed by laurel branches. The banner of war, sword, bow, quiver with arrows and helmet are folded, pigeons cooing in the helmet. Triumph of love over war. At the base there is a noble dark green marble. Dial - porcelain, Roman numerals. The mechanism is in working order.

The pendulum clock has been considered the most accurate chronometer in the world since its invention in 1656 by Christian Huygens. During the XVIII and XIX centuries. pendulum clocks were used in private houses, in factories, at railway stations, they served as the main standard of time for planning daily life, work shifts, the high accuracy of such clocks made it possible to fix and accelerate the rhythm of life necessary for the industrial leap forward. In the 1930s-40s. pendulum clocks were replaced with cheaper versions, today clocks of this kind can be seen among household relics, they are kept, cherished and collected due to their exclusivity, preservation and antique value. 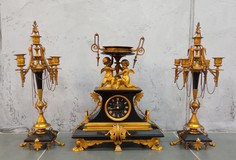 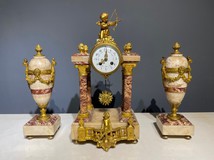 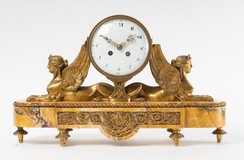 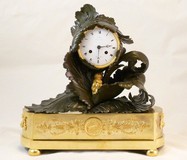 The antique clock of Pallas Athena