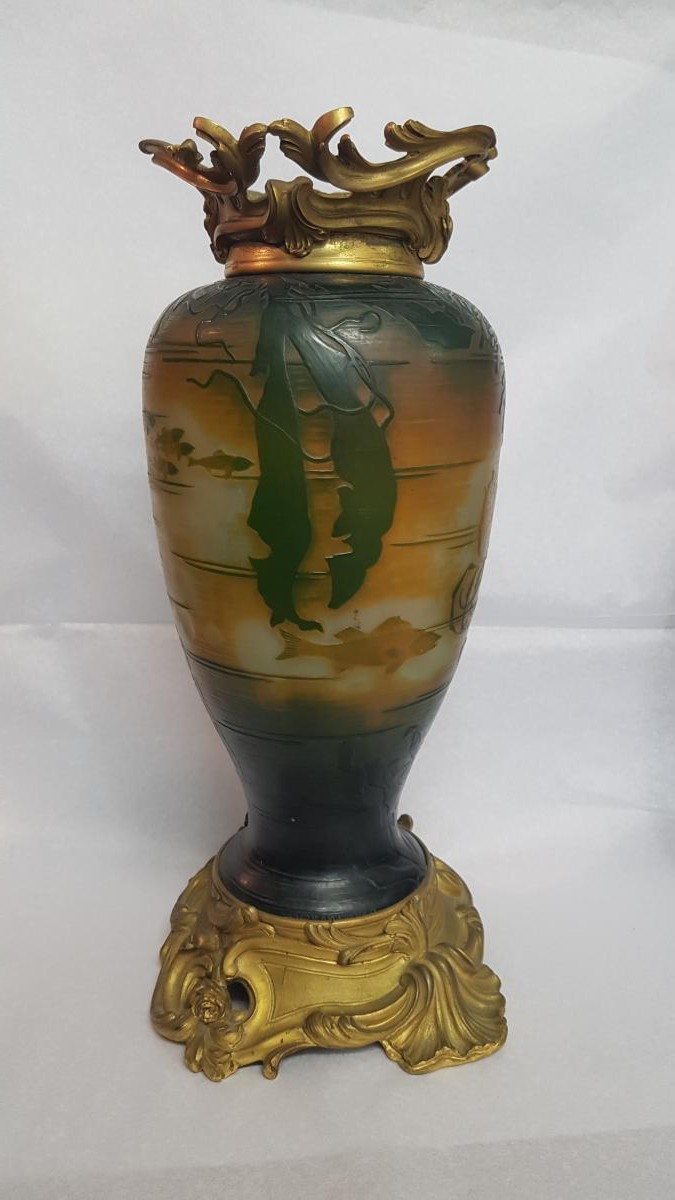 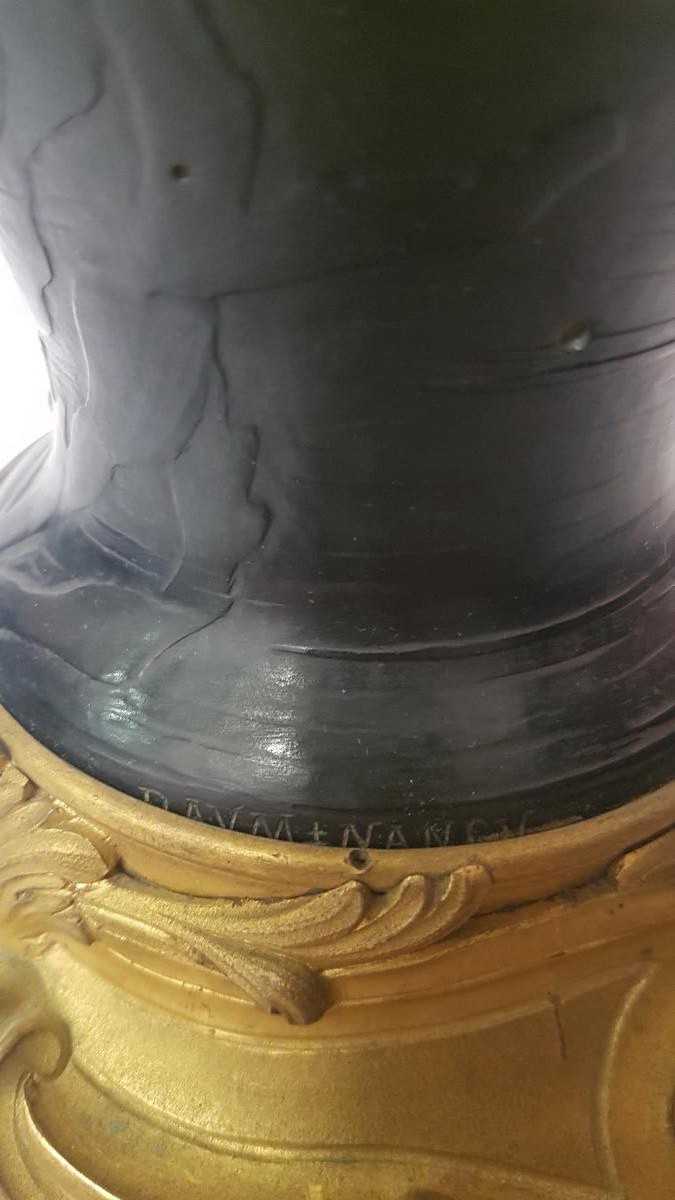 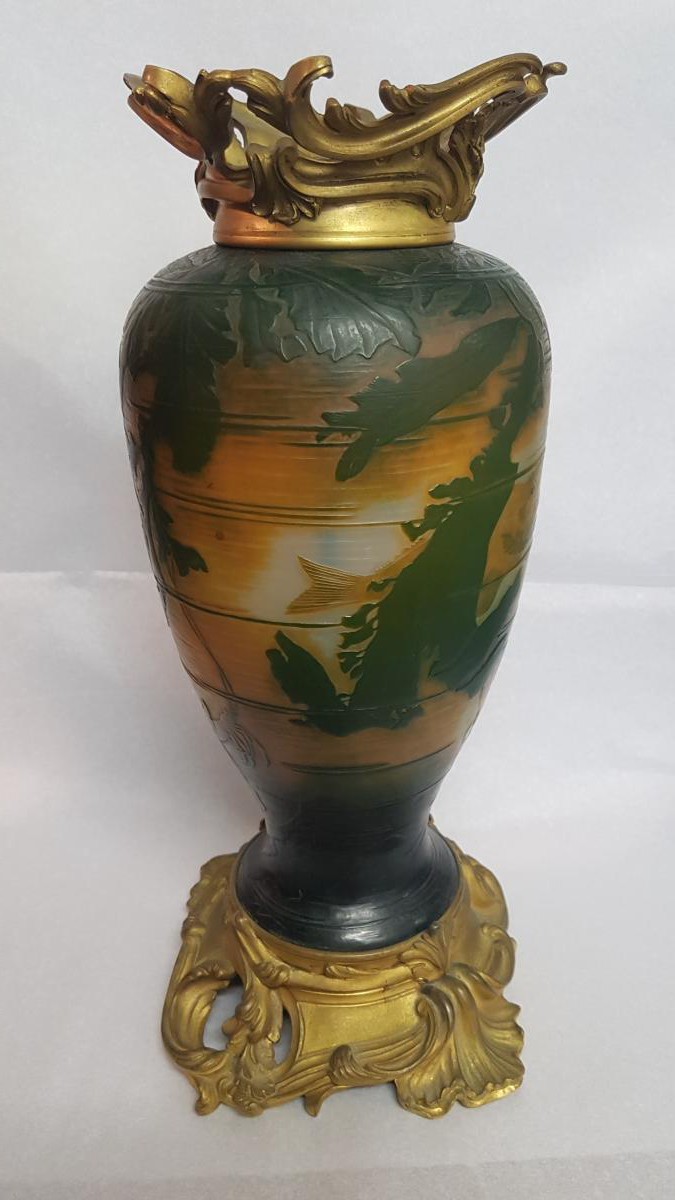 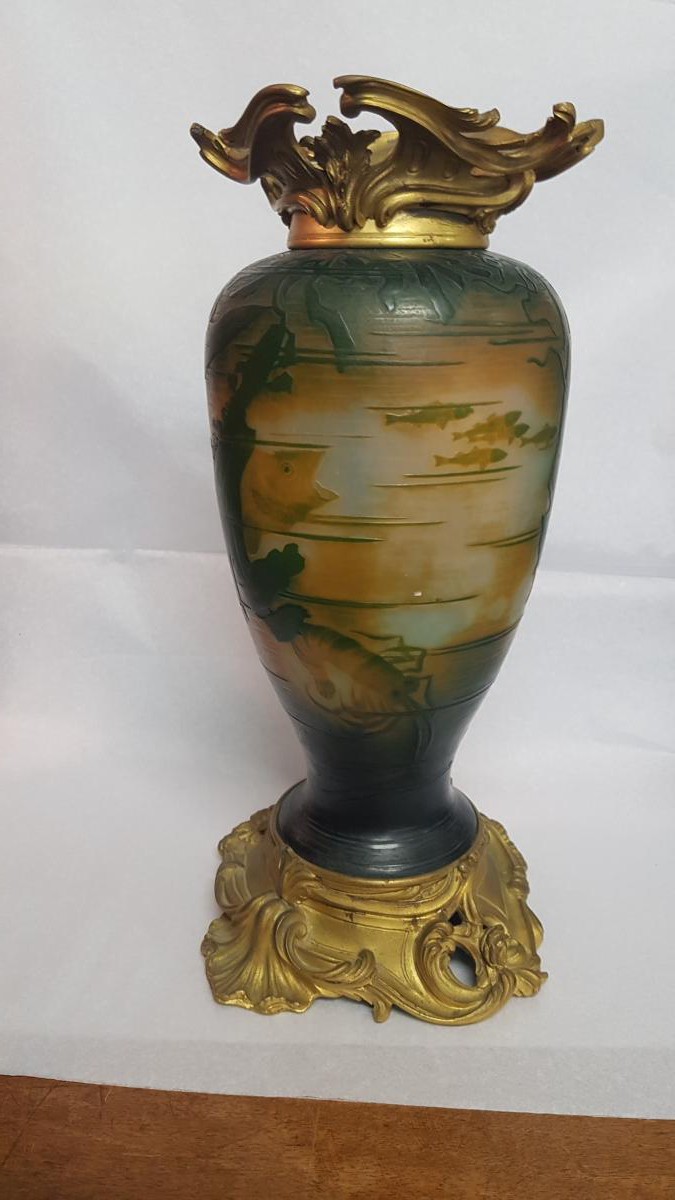 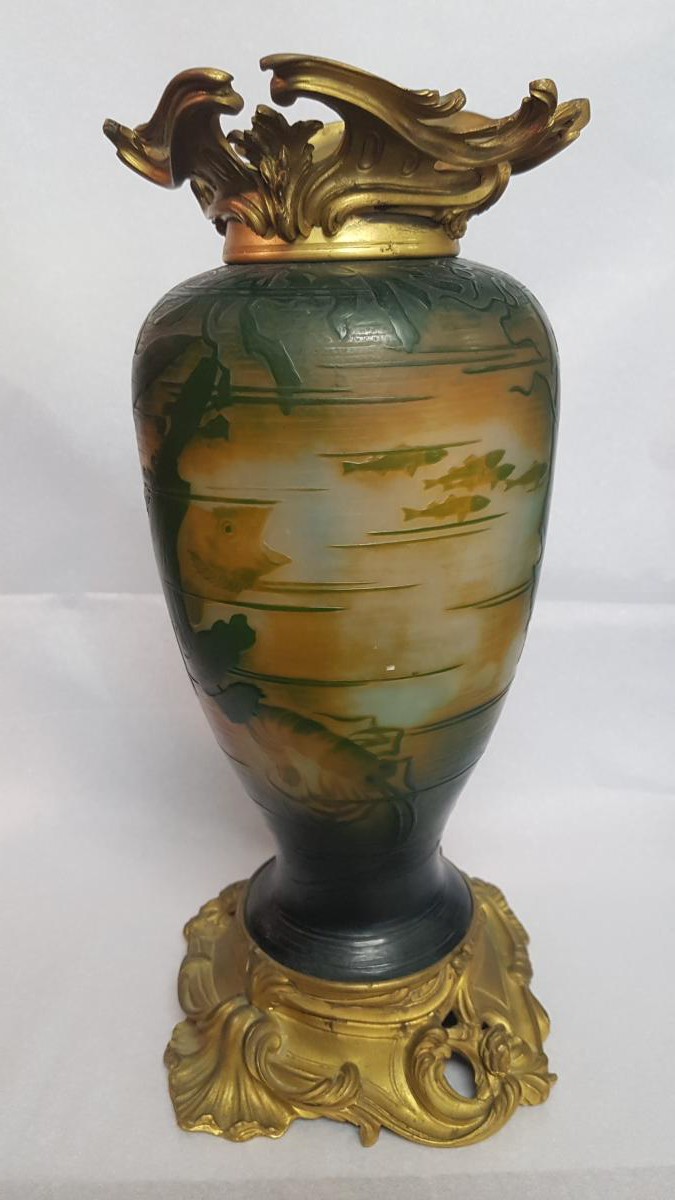 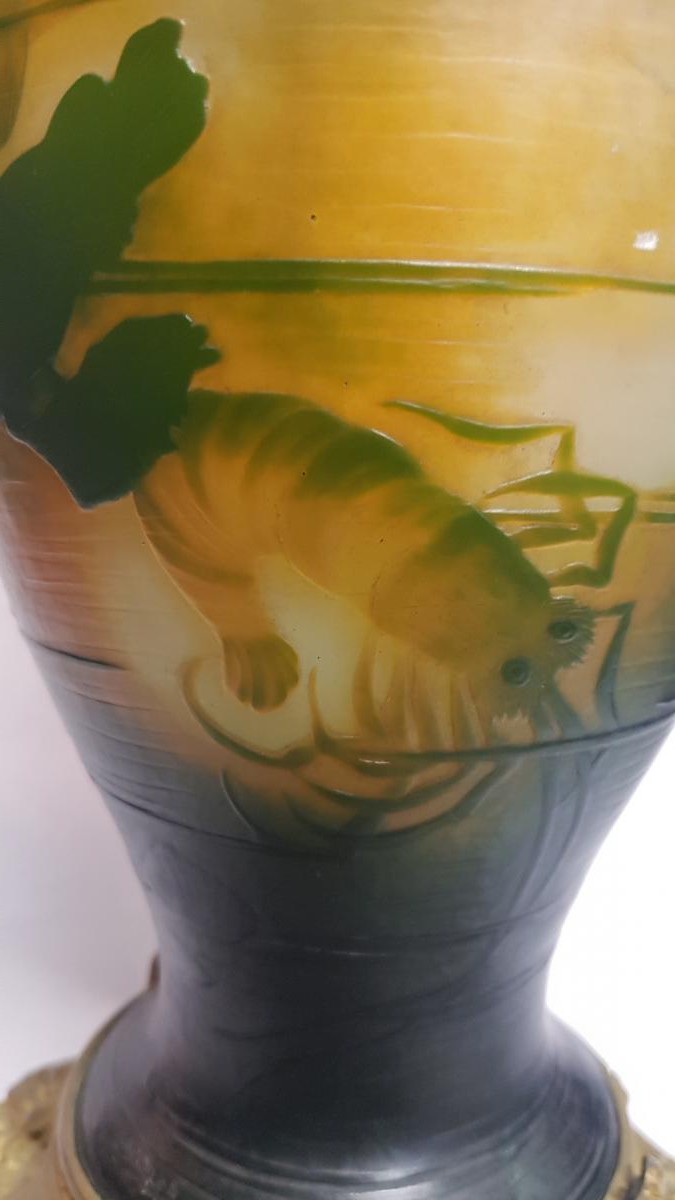 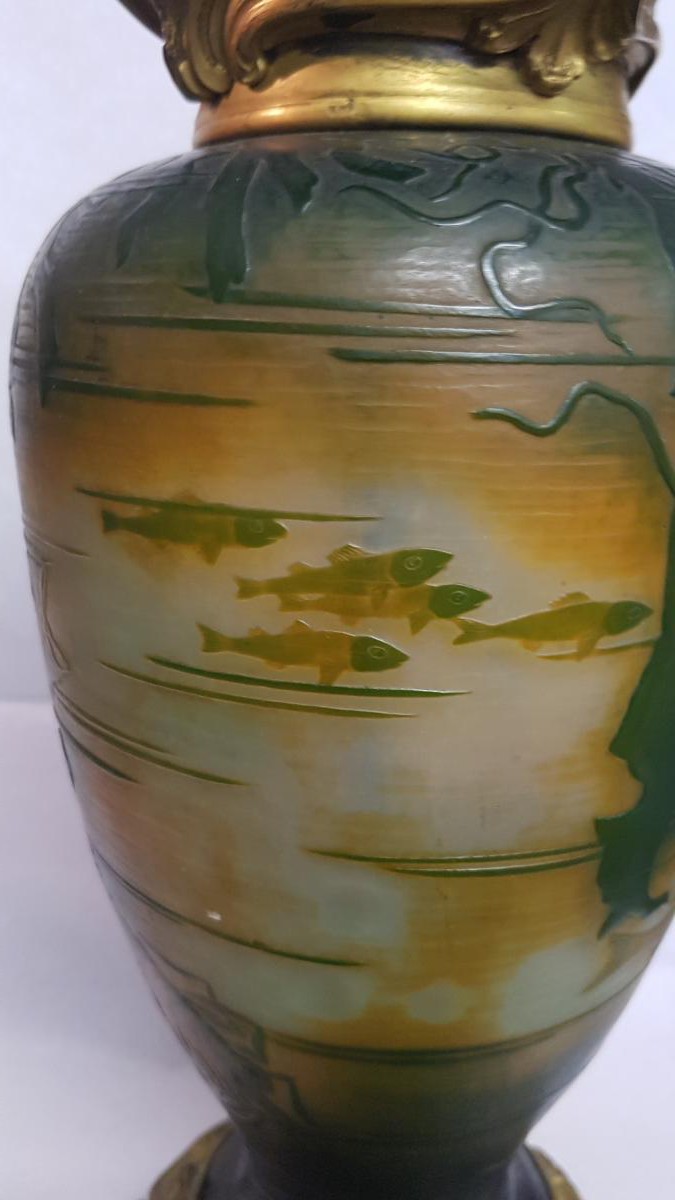 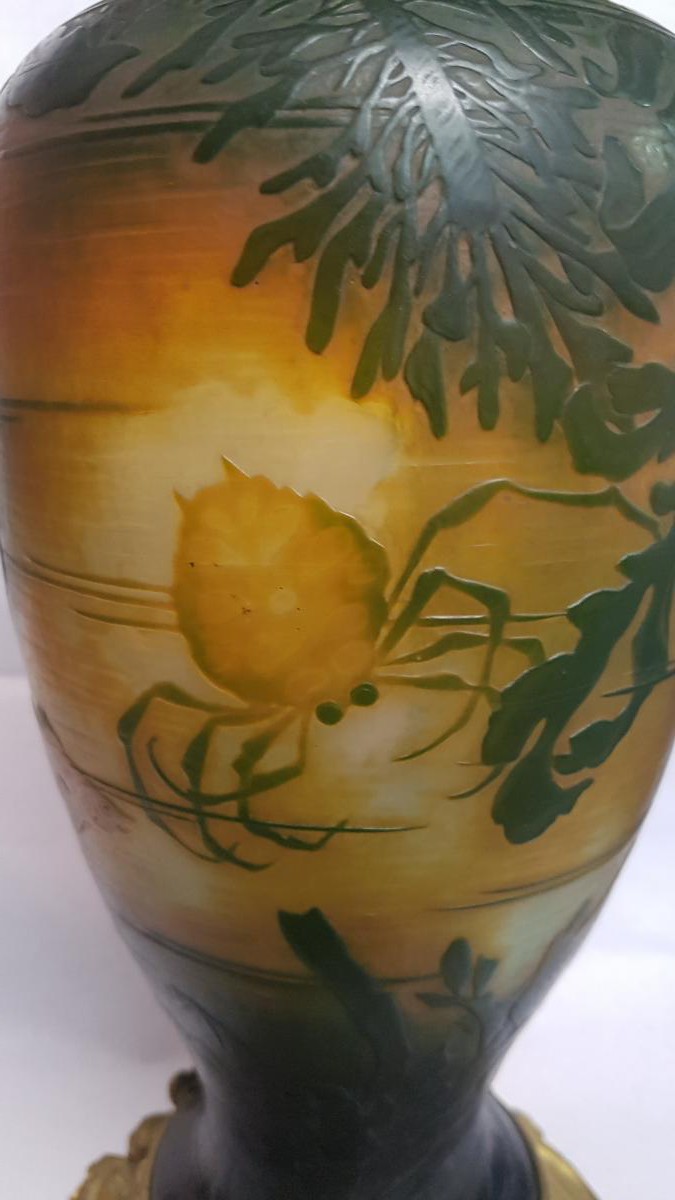 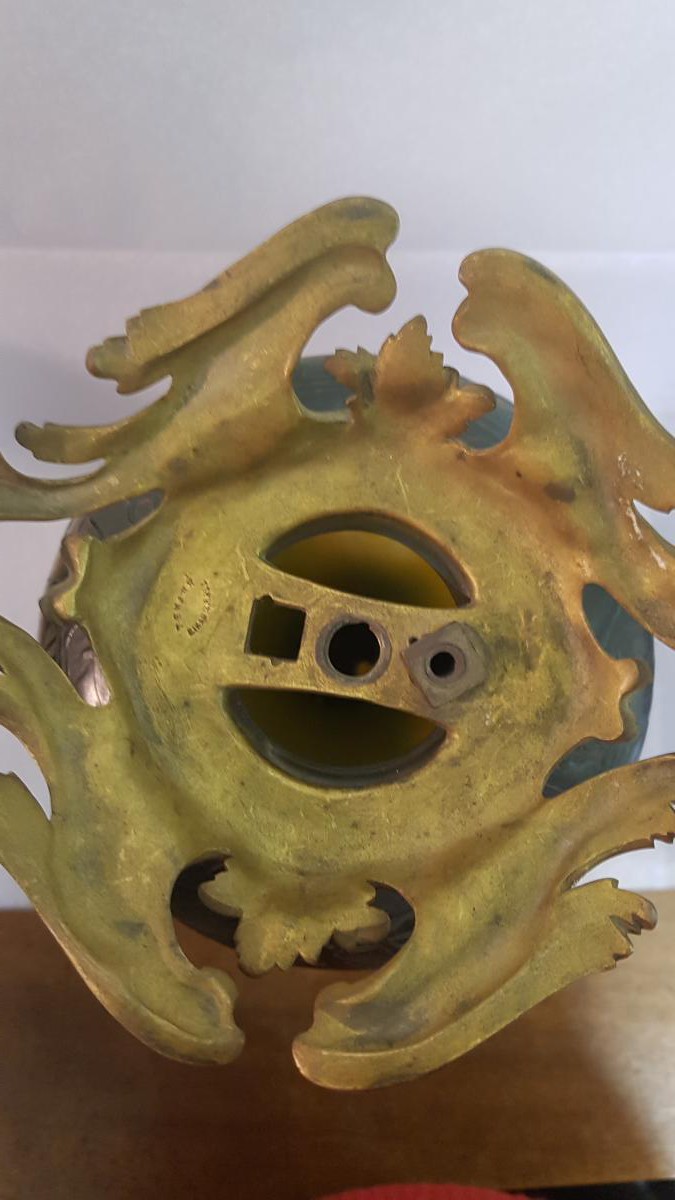 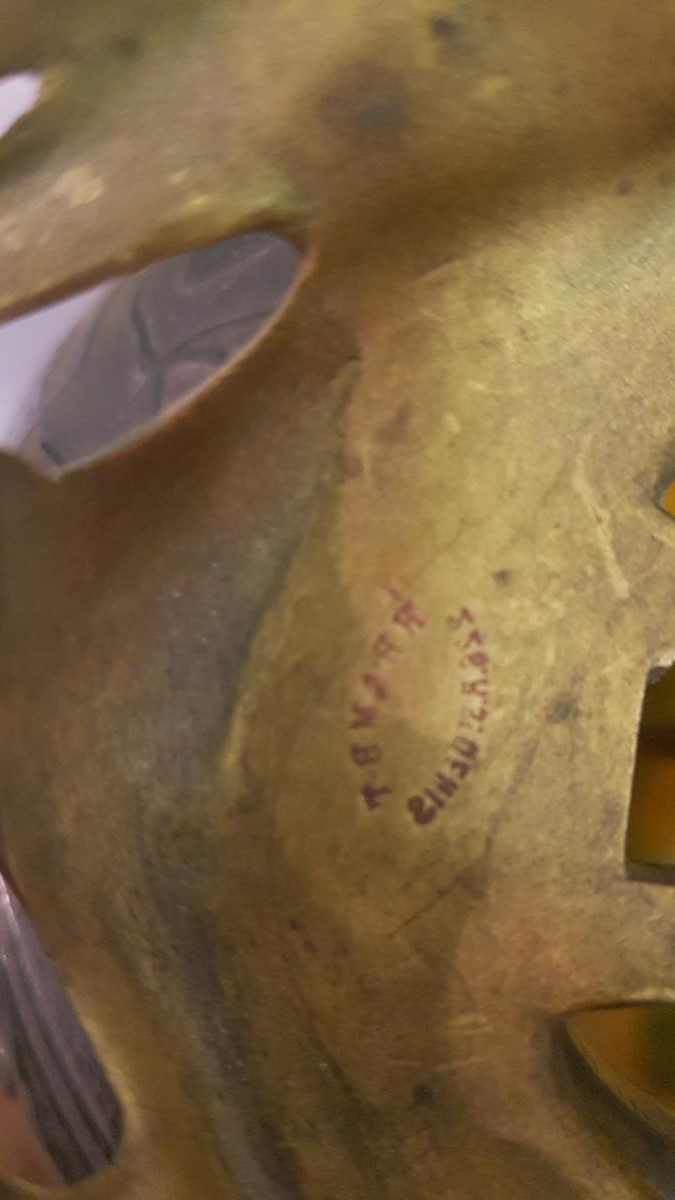 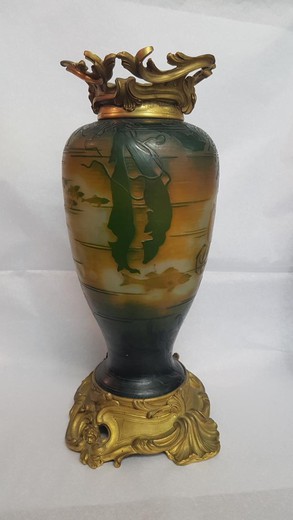 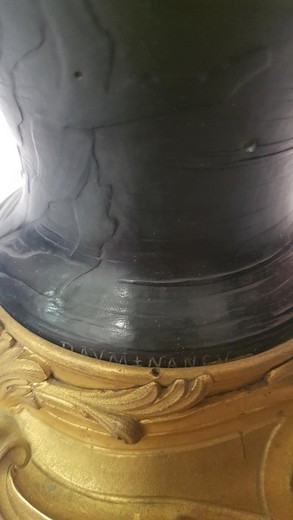 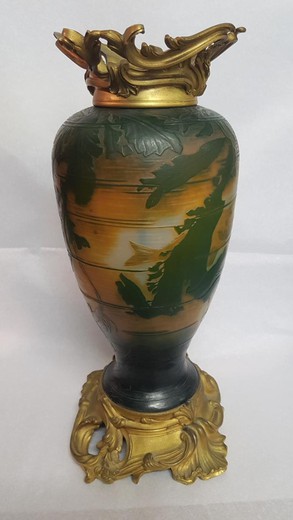 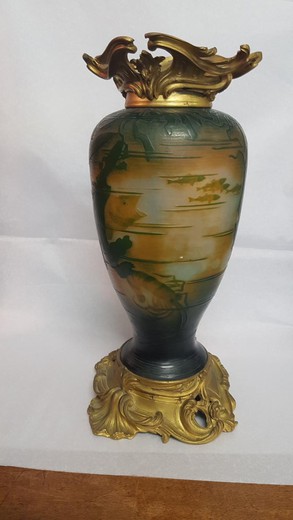 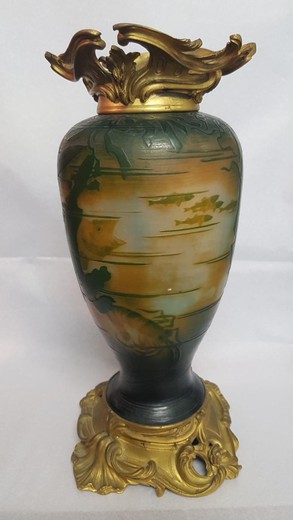 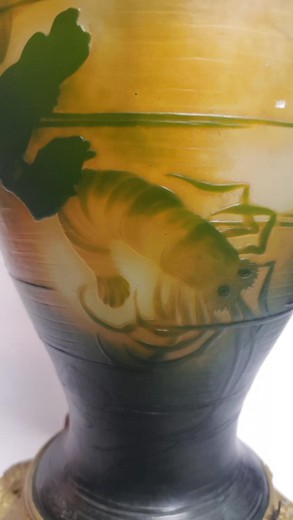 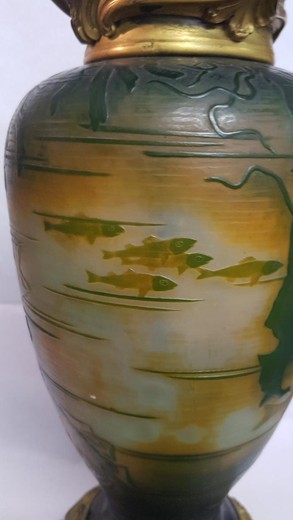 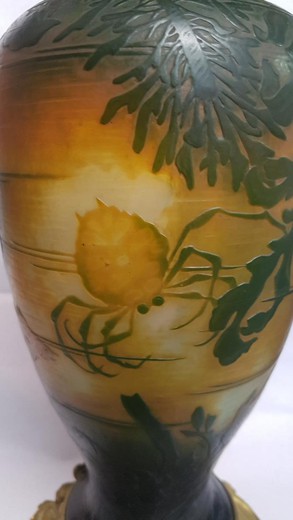 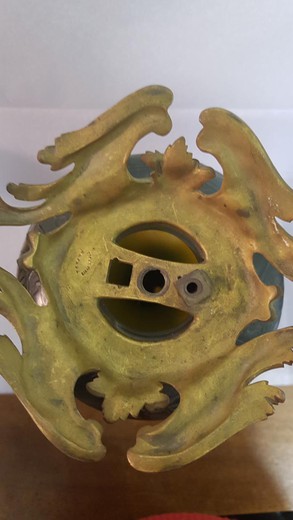 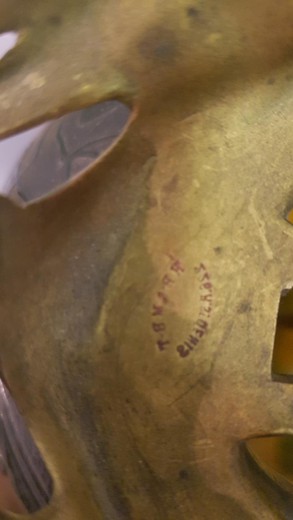 Large old vase. Made of dichroic glass, decorated with bronze inserts. On the bottom mount is the stamp “H.B. & M.B.T. 226 rue de Saint Denis. " Below is the signature of the factory: "Daum Nancy." France, XX century.

The history of the house “Daum Nancy” began in 1878, when the master Jean Dom (later his sons were inherited by his sons Louis-Augustin and Antonine) opened his first workshop. In 1891, production moved to Nancy. An ordinary workshop turned into a successful art factory. The masters collaborated with Louis Majorelle, Victor Prouve, Emile Galle, Hilton McConico and other eminent designers. Most of the work was done in a nascent style - Art Nouveau. In 1900, at the Paris exhibition, the new style was officially recognized, and the work of Daum Nancy received the Grand Prix and orders from metropolitan customers. For the first time, Nancy began to produce electric lamps with lampshades of laminated glass. A year after the furor at the Paris exhibition, the Nancy factory invited the architect Eugene Wallen to work and organized the world-famous Nancy School. Later, Nancy masters began to work with crystal.