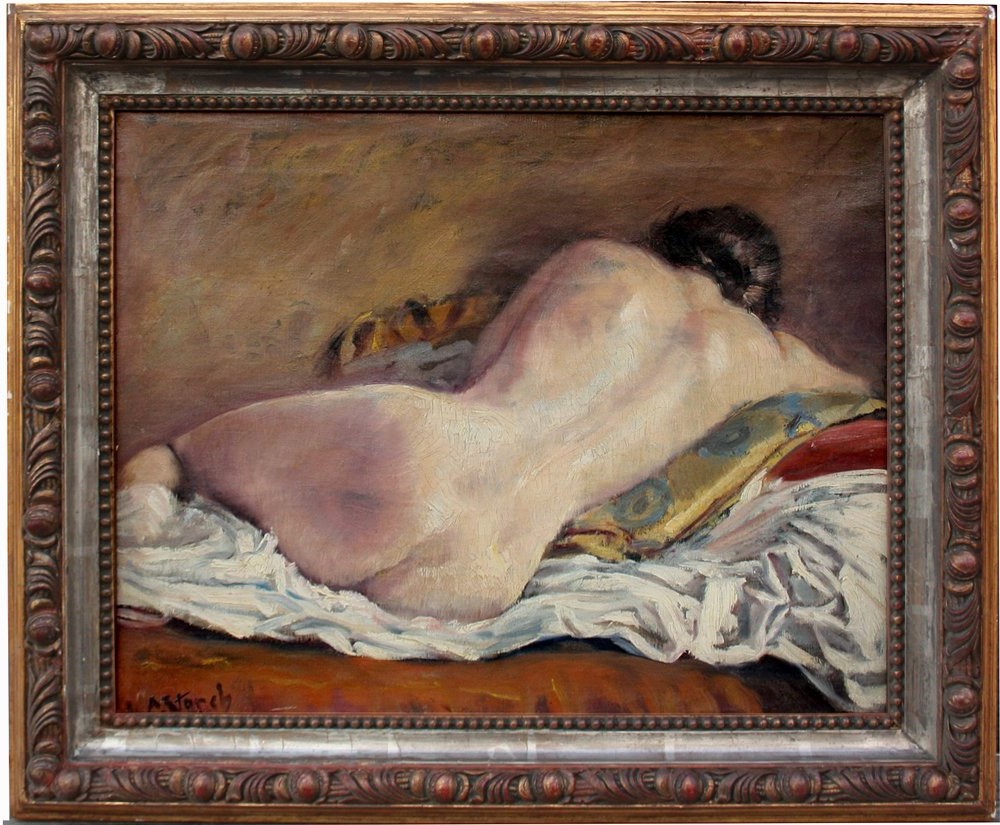 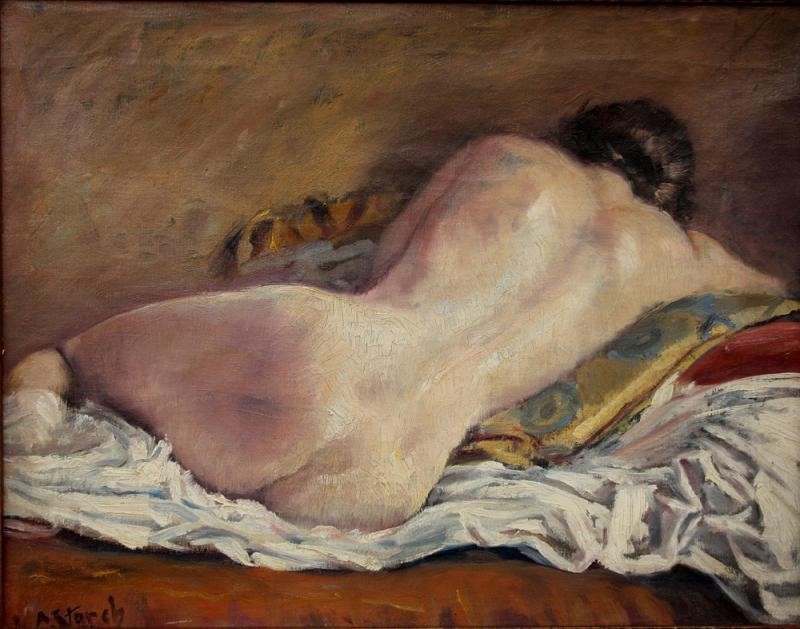 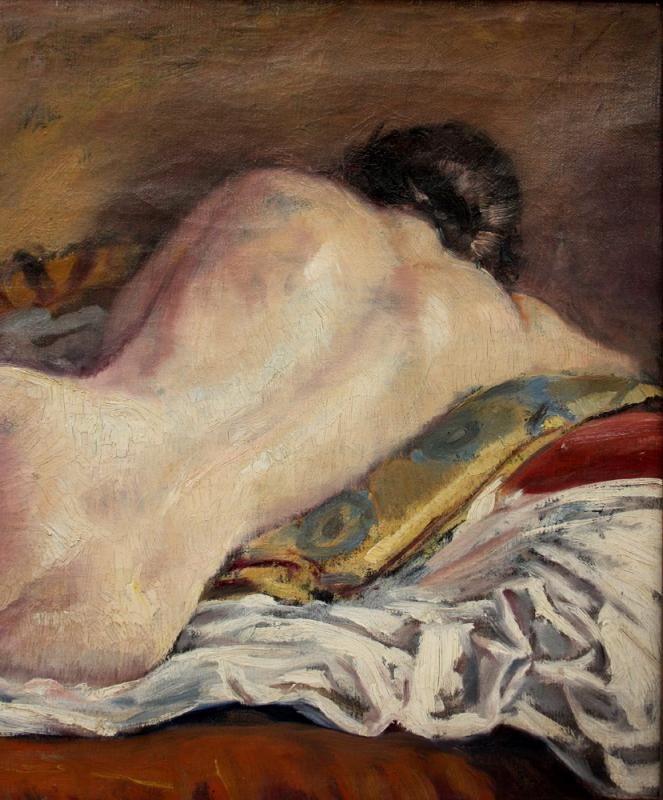 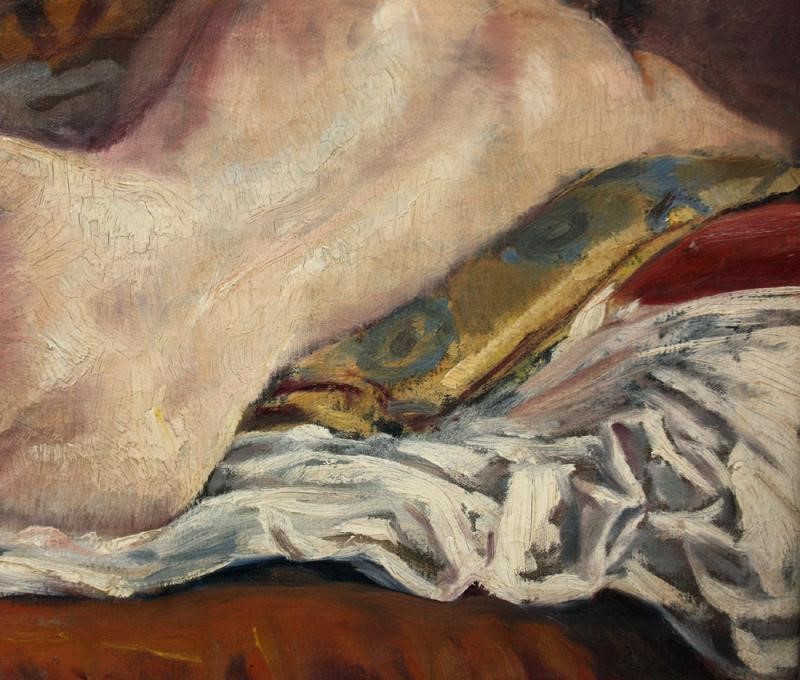 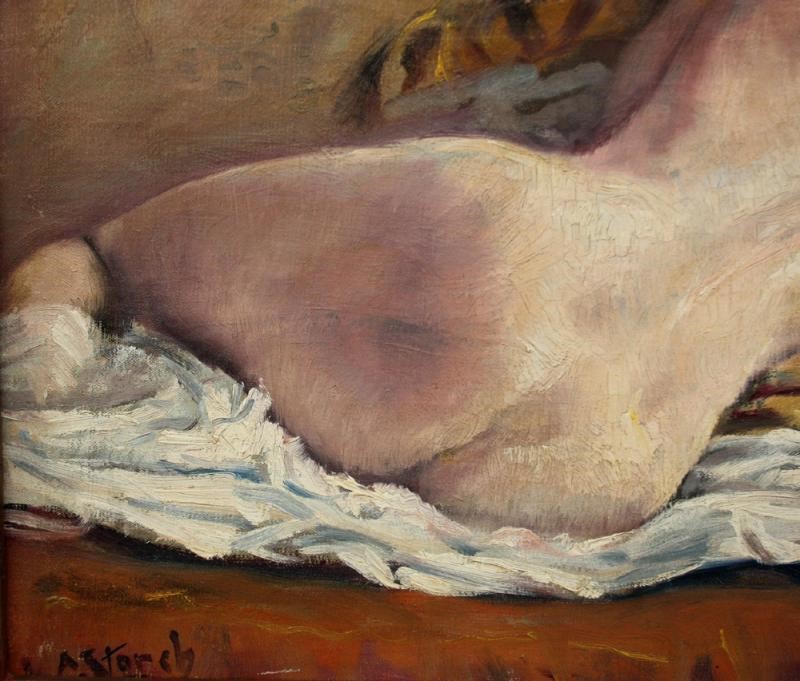 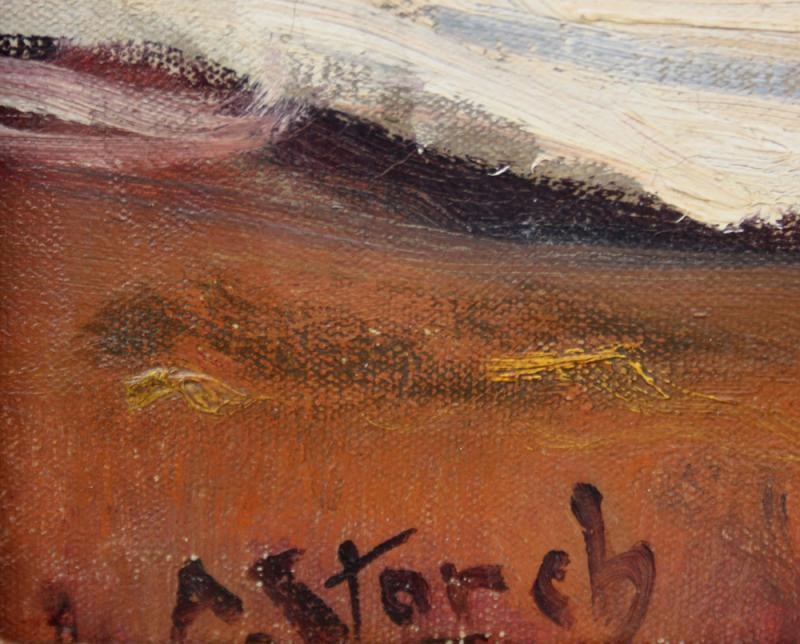 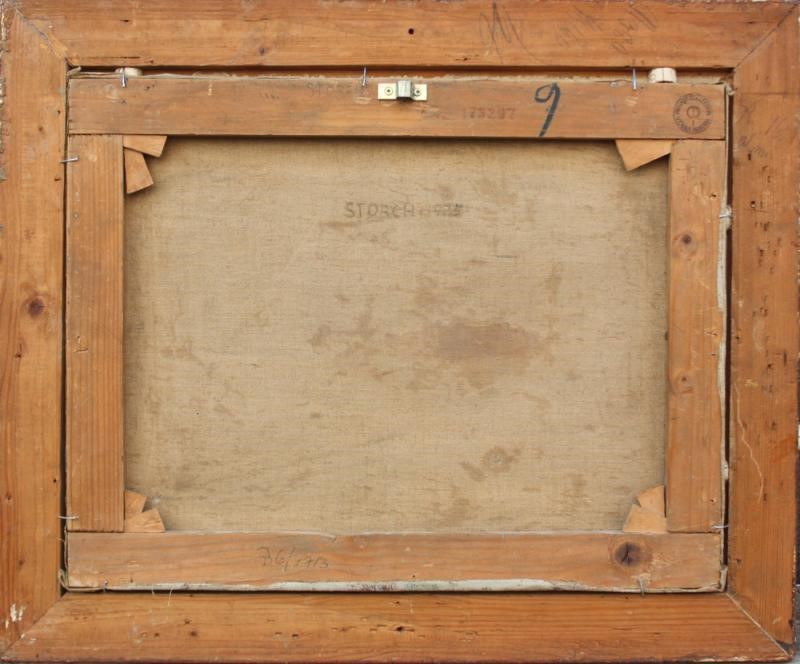 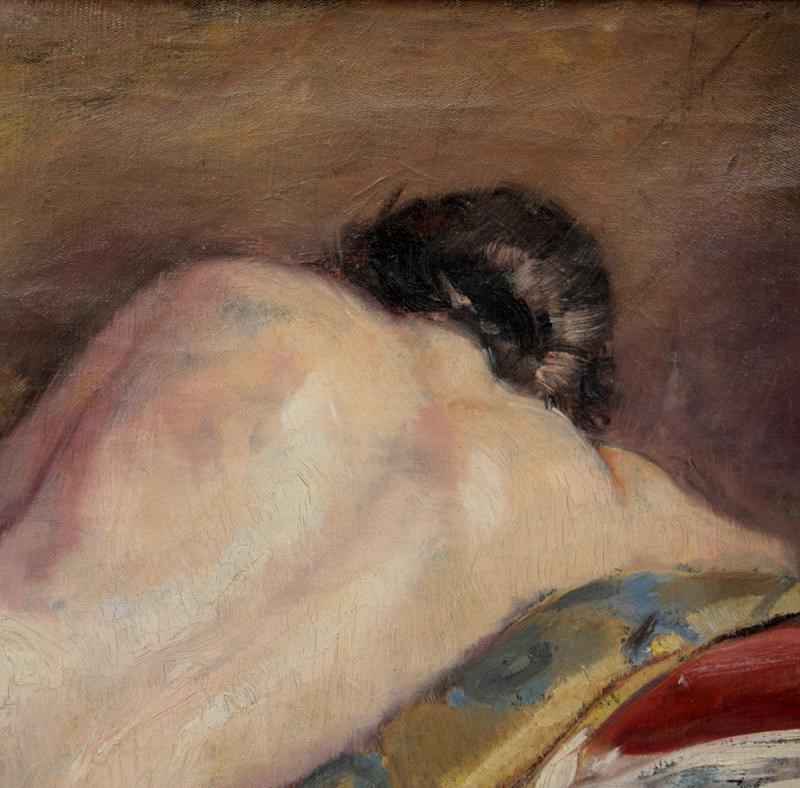 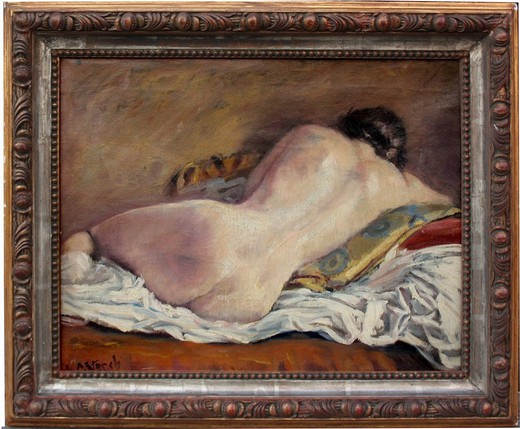 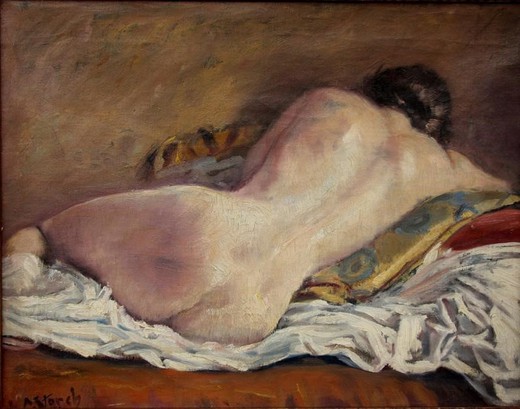 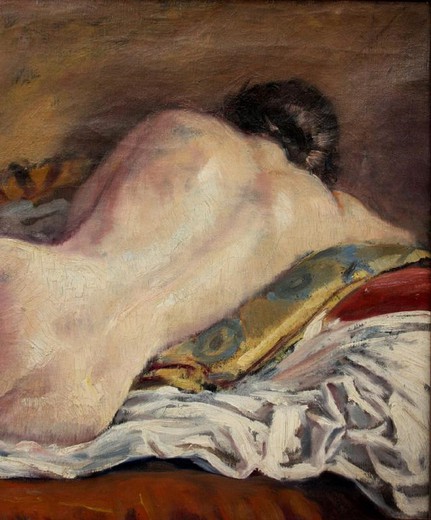 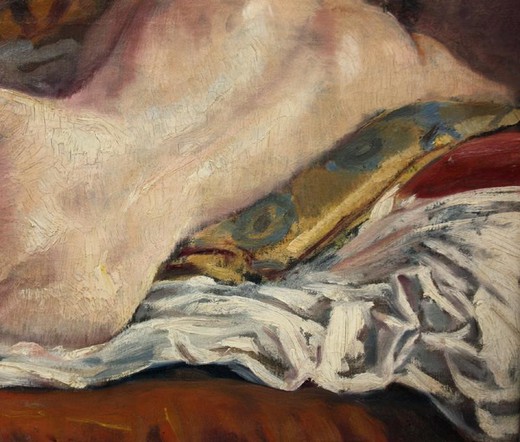 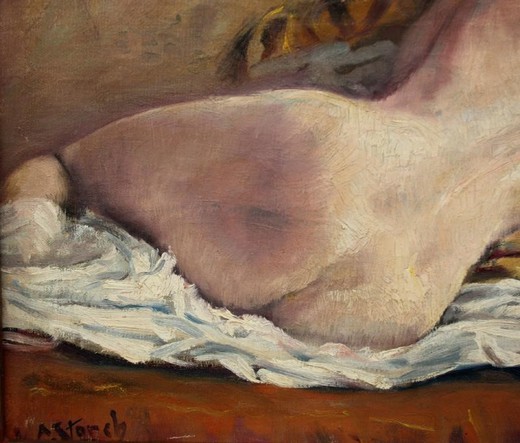 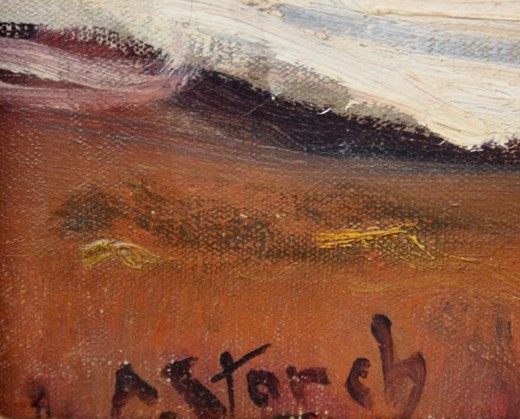 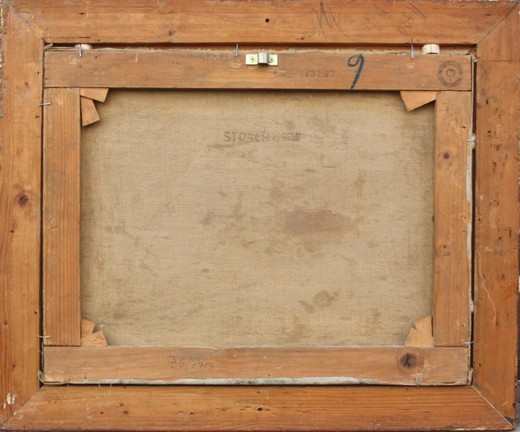 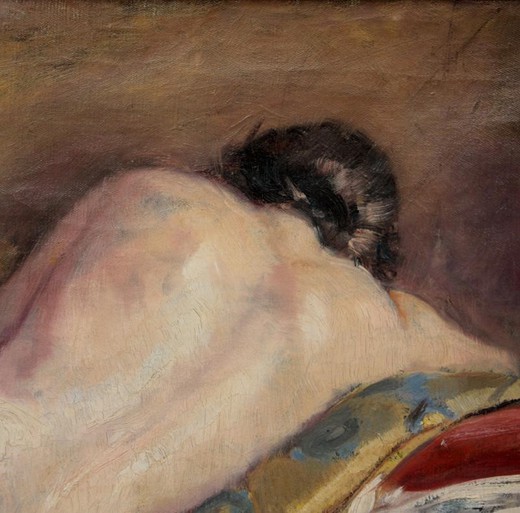 Ancient picture with nude. Oil, canvas, original gilded frame. On the back of the painting there is a seal confirming that the painting was in the Vienna collection. At the bottom left is the signature of the author Anton Joseph Storch. France, XX century

Anton Joseph Storch (1892 - 1979) was born in Verona on November 8, 1892. He studied at the Vienna Academy in 1910, until 1914 with the artist Josef Jungwirth and the next 3 years with Kaoru Pochvalsky. During his studies, he made numerous trips to Europe. Storch worked as a landscape painter, portrait painter, genre and still life artist, as well as a graphic designer and art critic. At the beginning of his artistic career, his works were influenced by impressionism, but later on he was replaced by expressionism. The artist participated in numerous exhibitions during the First World War, including the Vienna House of Artists, Hagenbund in Vienna and Secession.