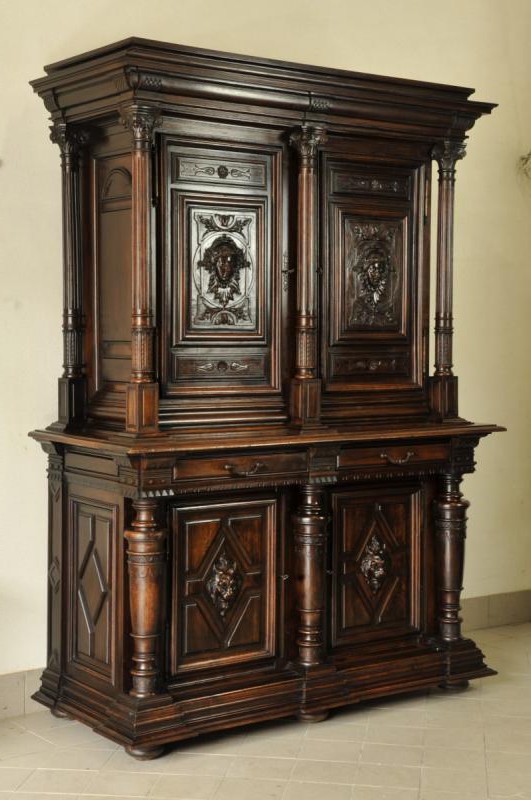 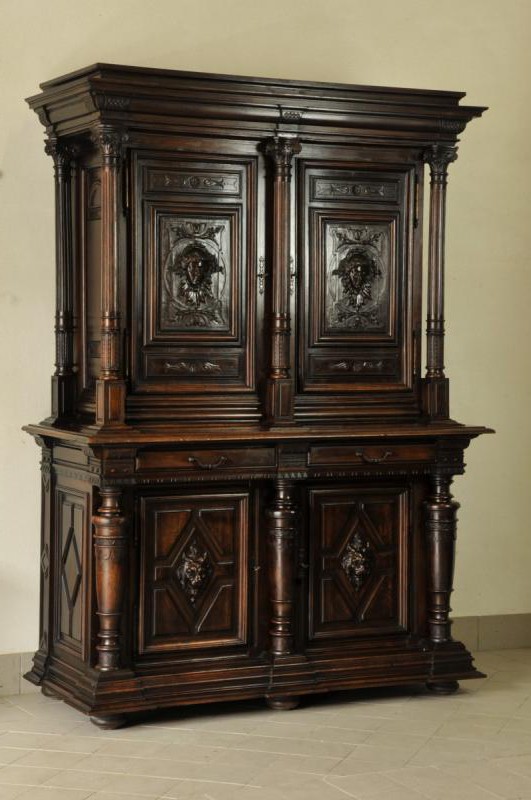 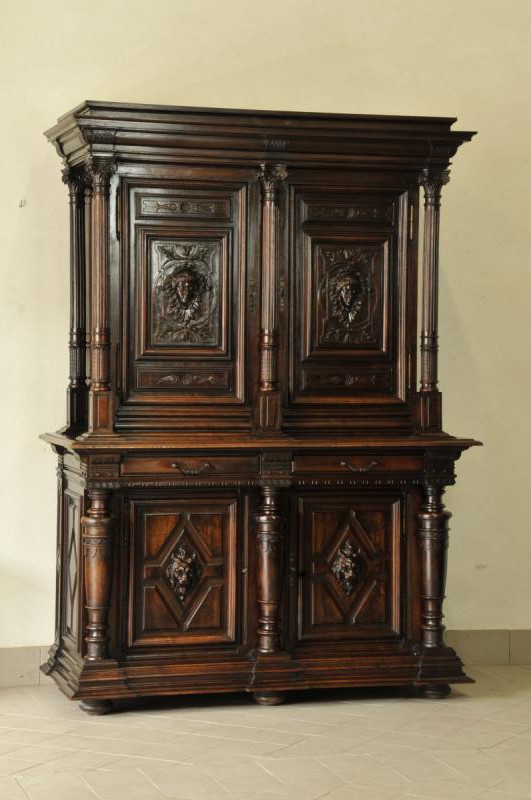 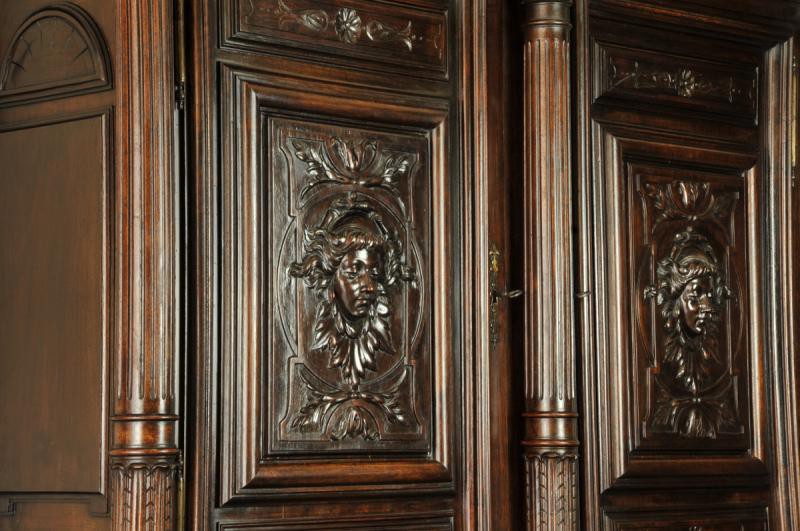 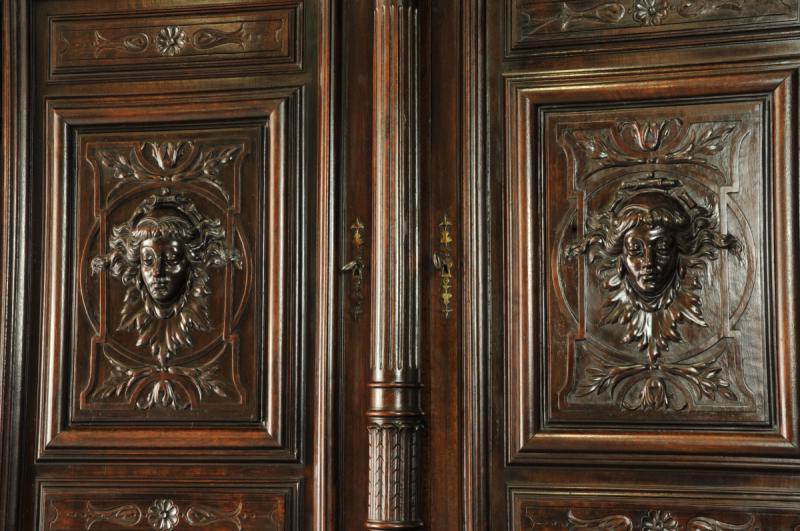 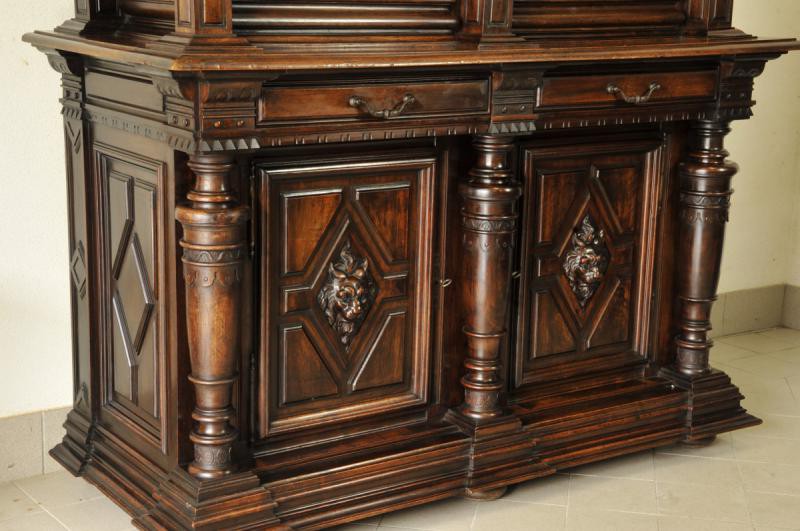 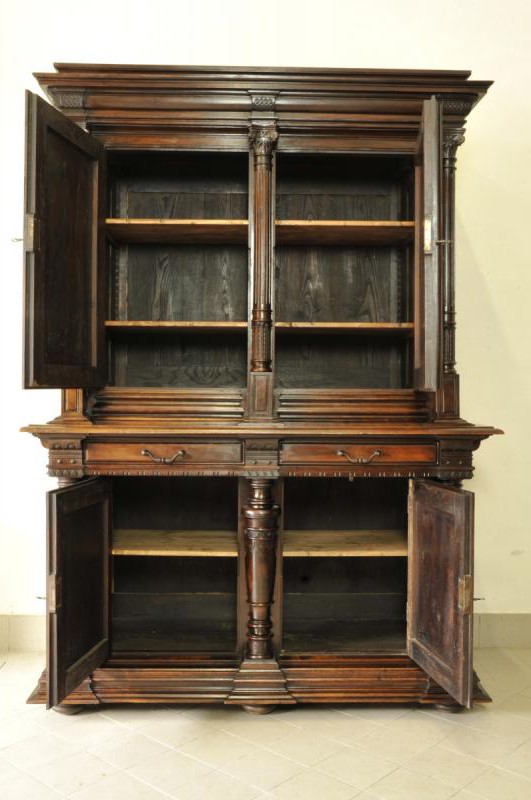 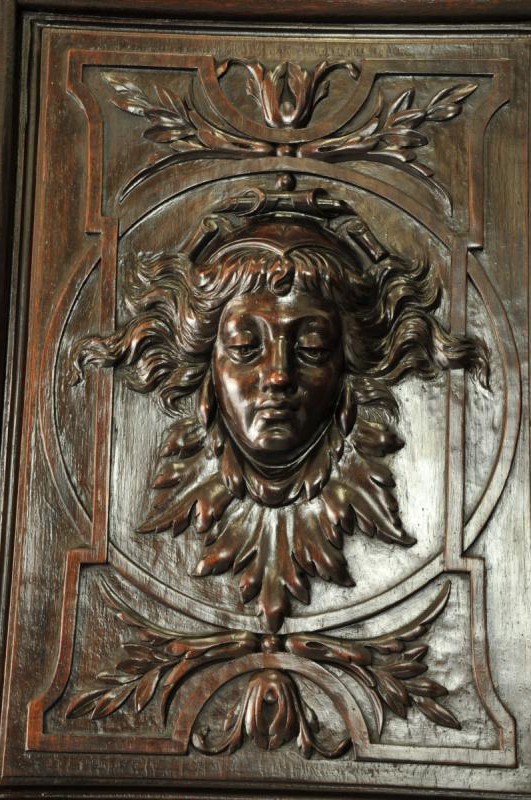 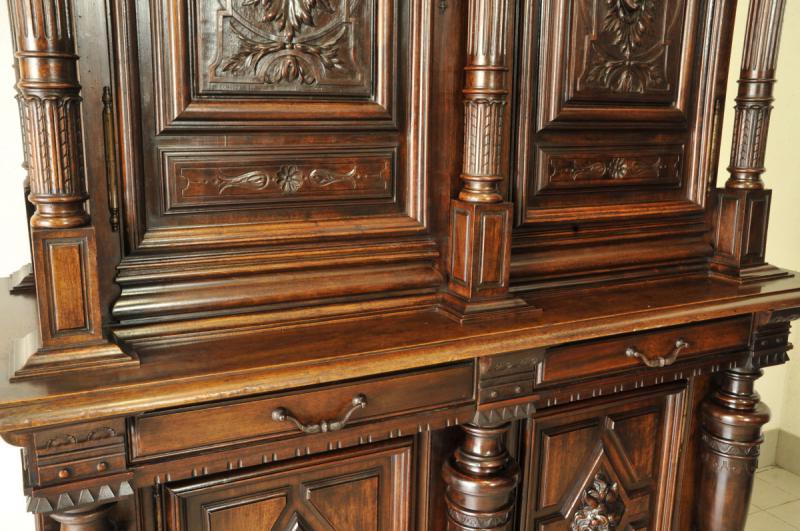 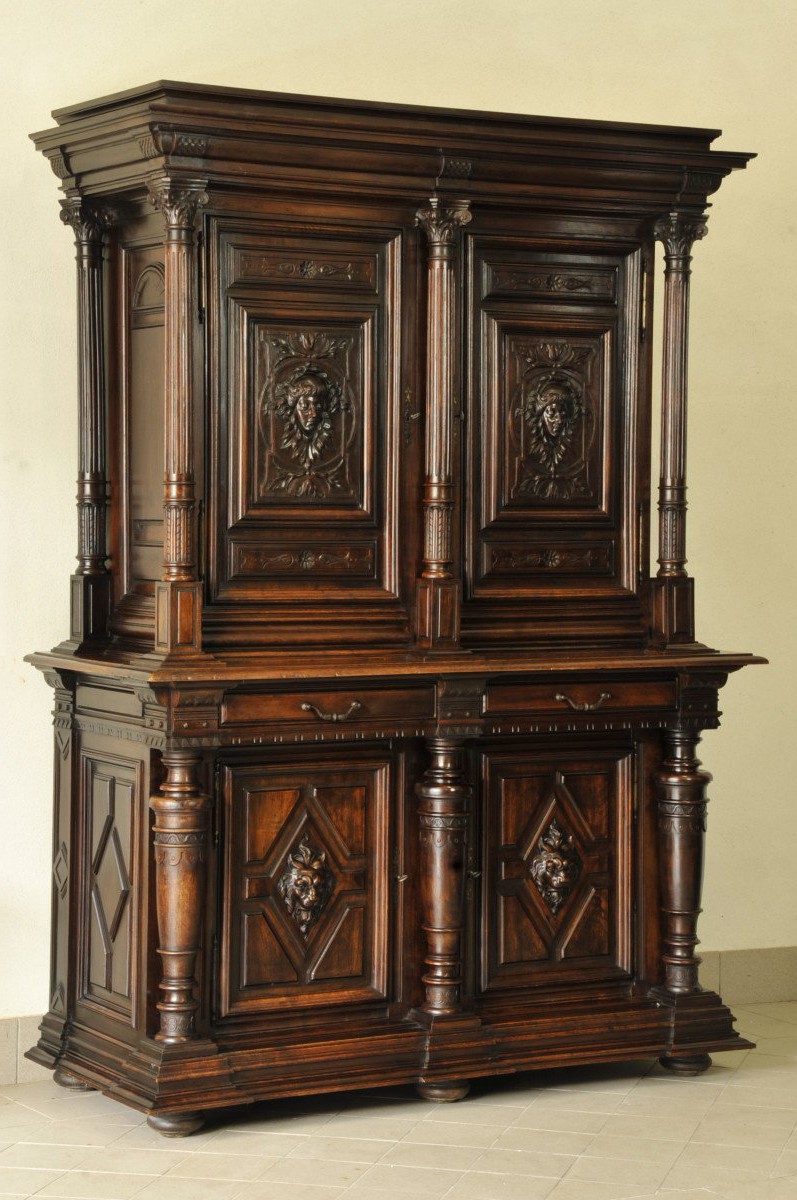 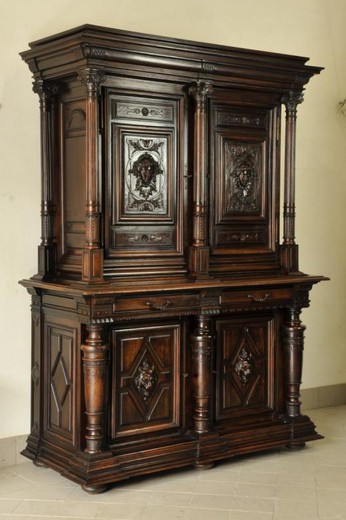 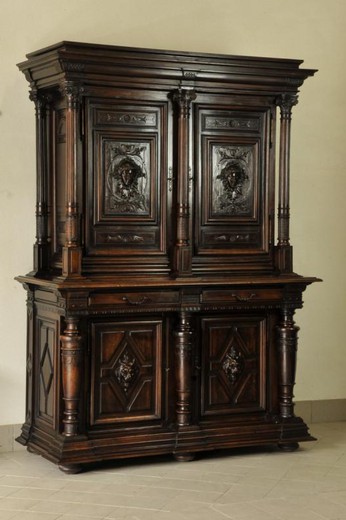 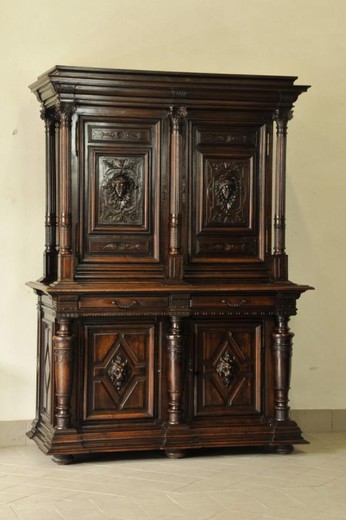 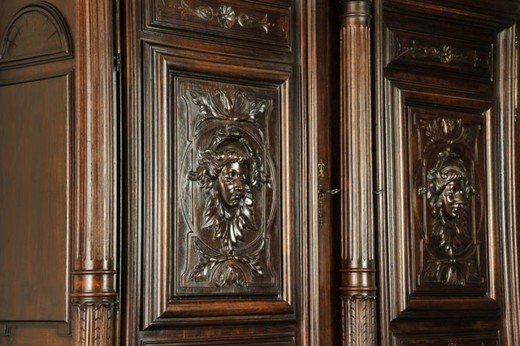 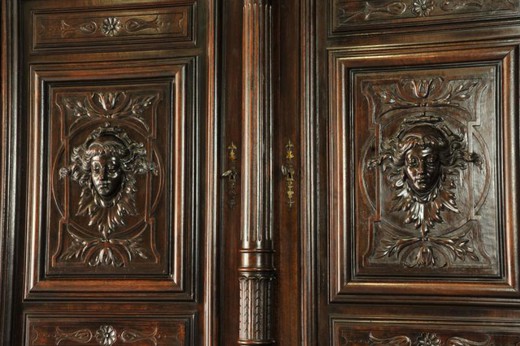 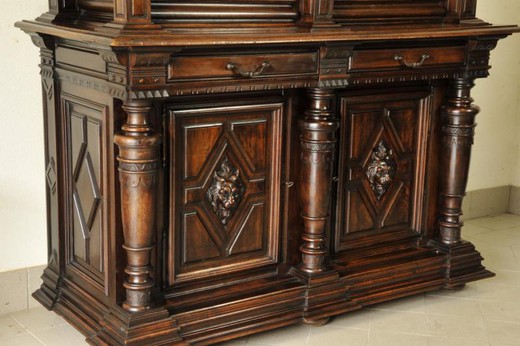 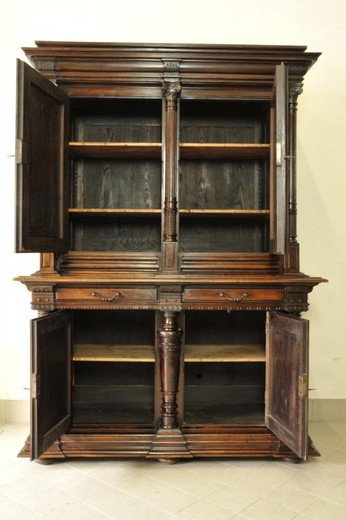 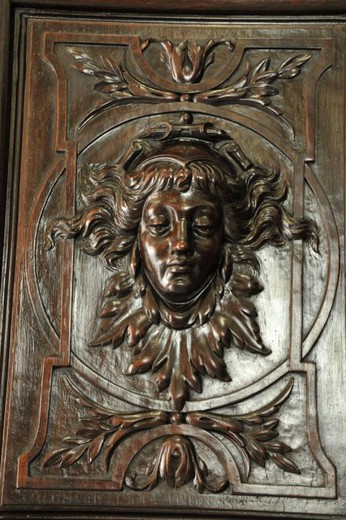 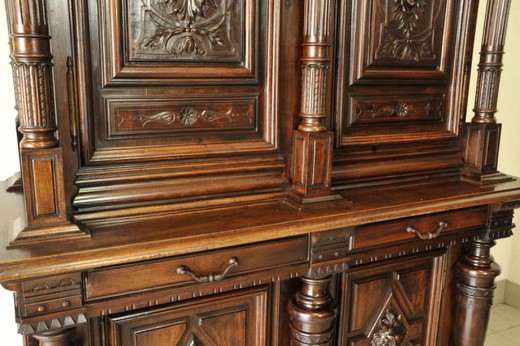 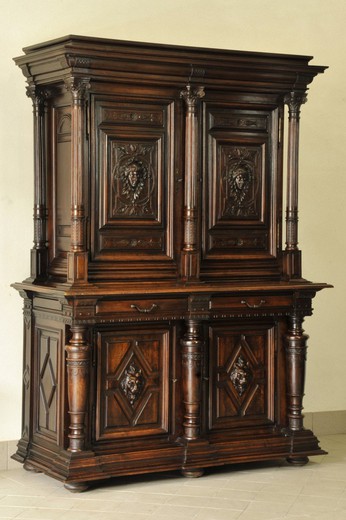 Antique Renaissance sideboard. Made of walnut. This incredibly beautiful antique sideboard has all the details and craftsmanship. The upper part is supported by five separate columns with Corinthian capitals, and two doors are decorated with magnificent sculptural representations of women. In the lower part, lions are carved on the doors, on the facade there are three large columns. The sideboard opens with four doors and four drawers (two of which are secret). France, XIX century.

This buffet has a noble origin. It stood in the castle of the famous French artist Henri de Toulouse-Lautrec.