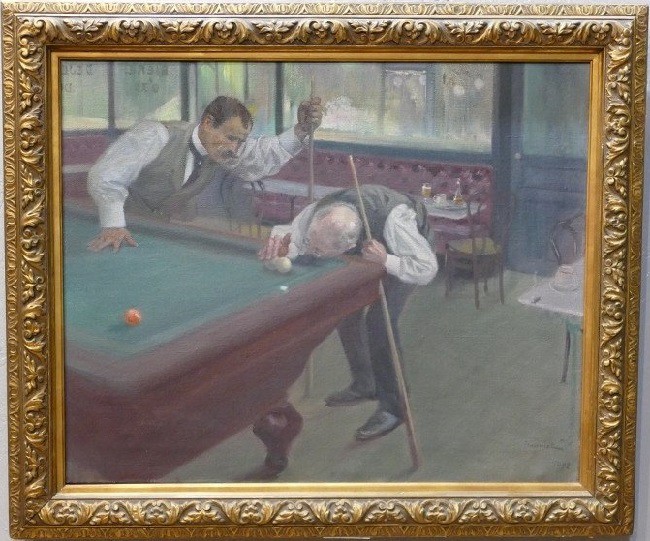 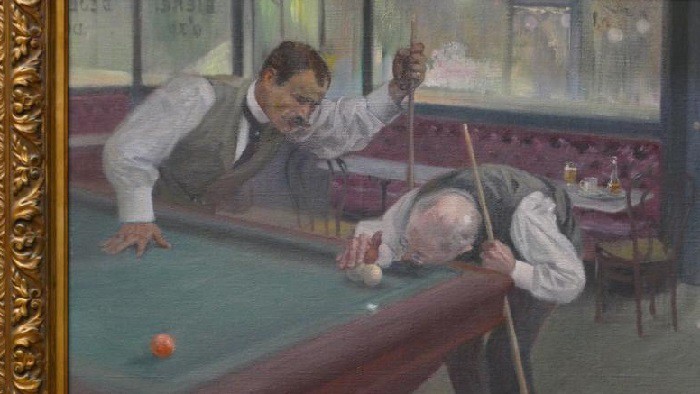 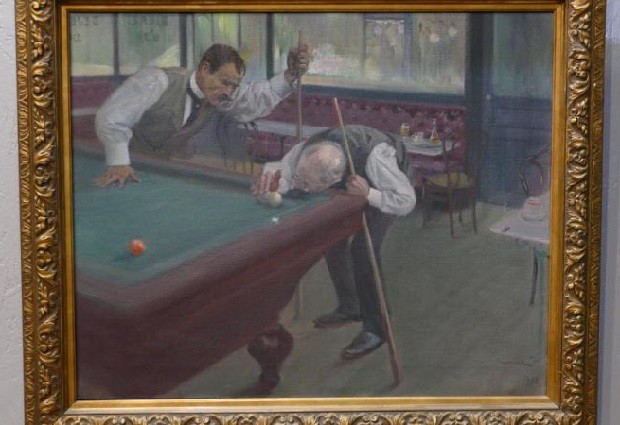 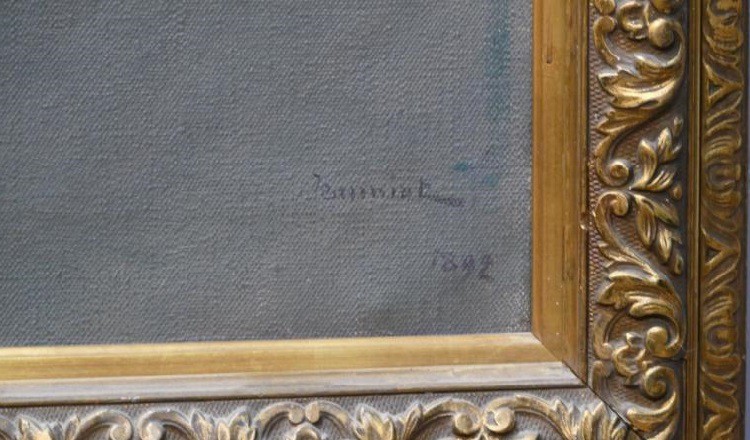 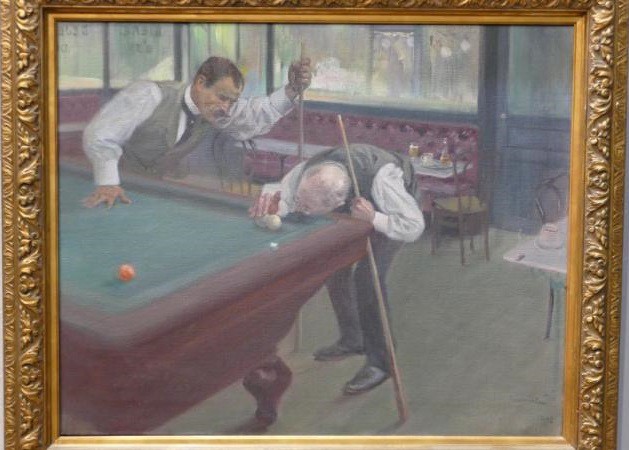 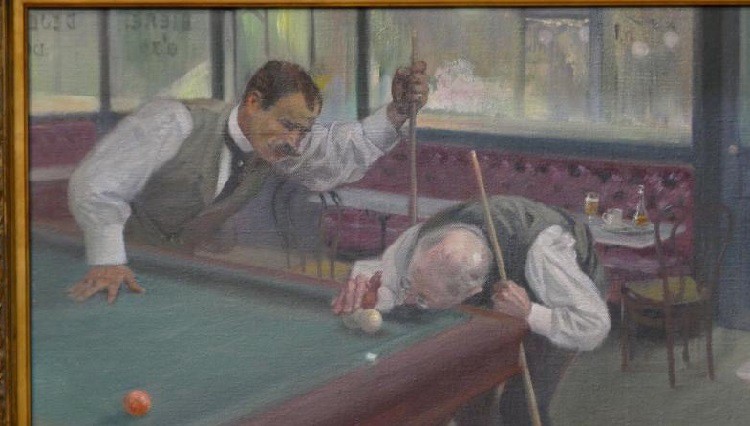 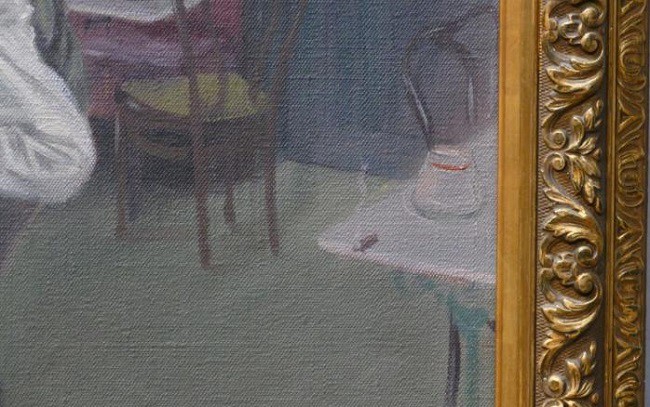 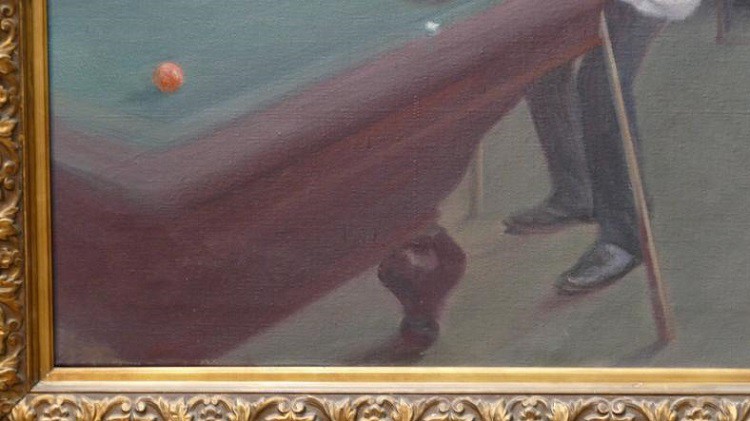 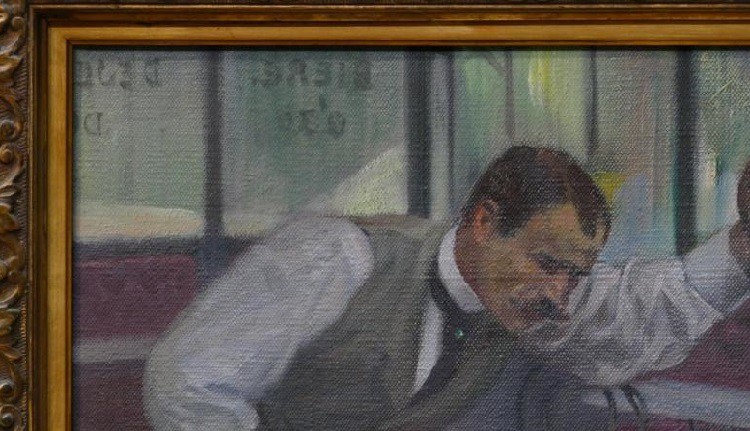 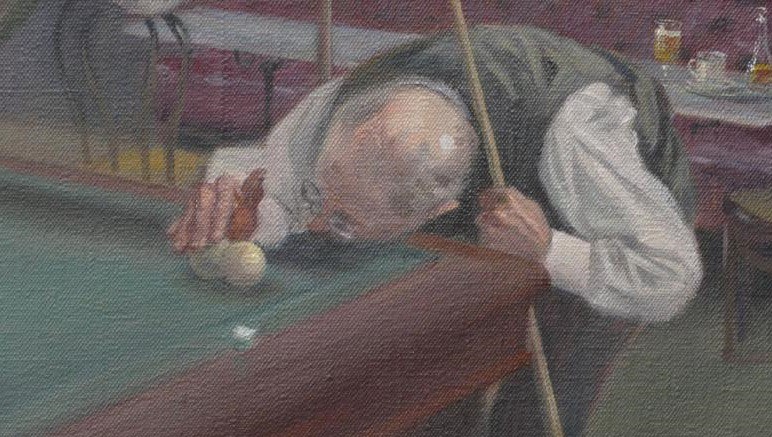 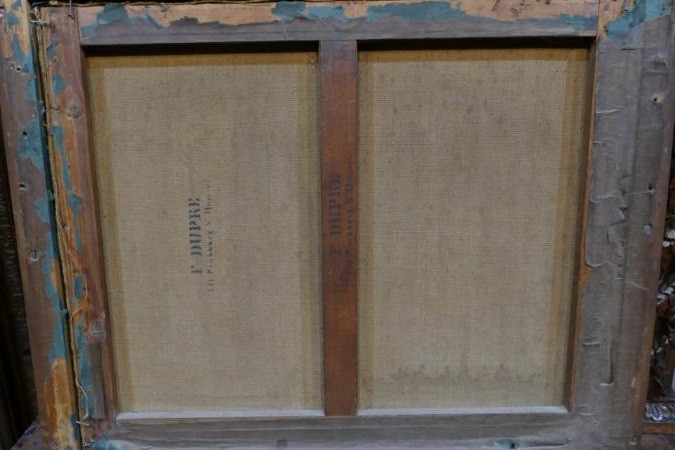 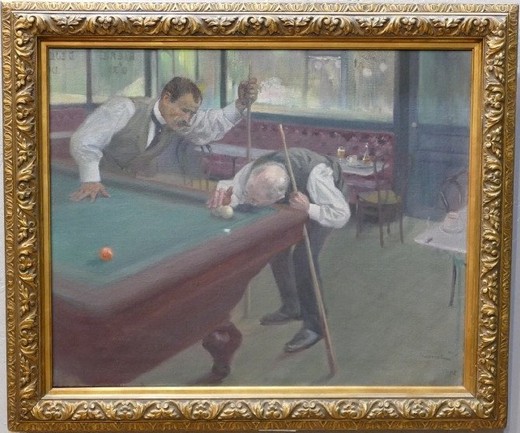 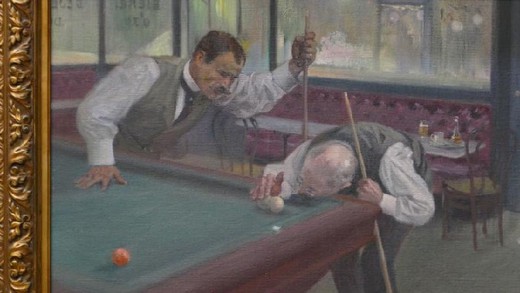 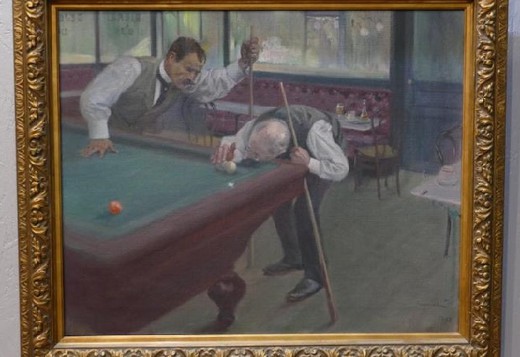 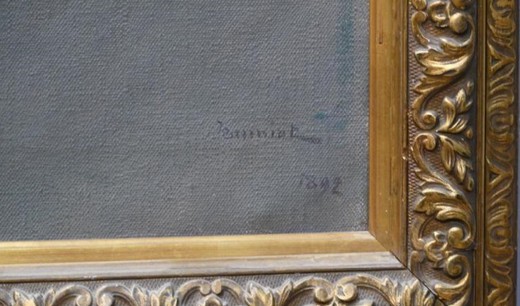 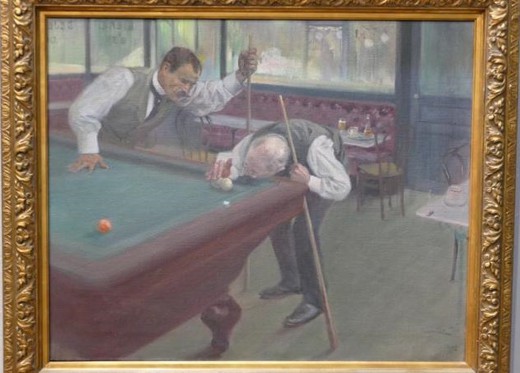 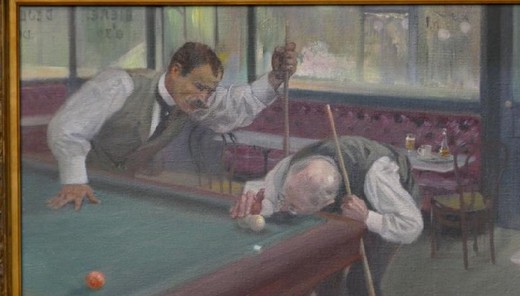 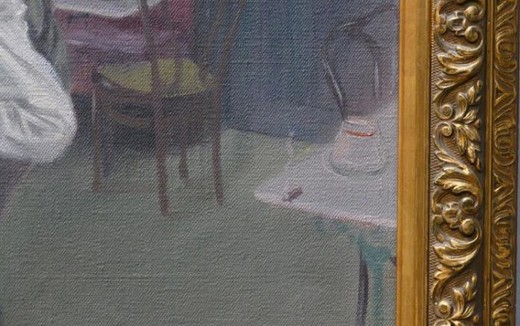 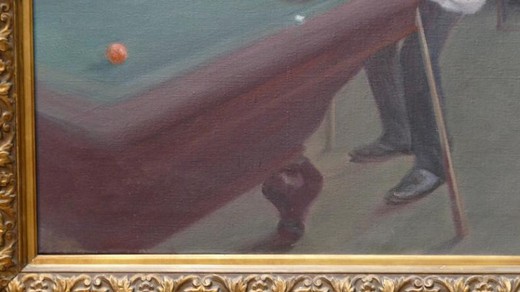 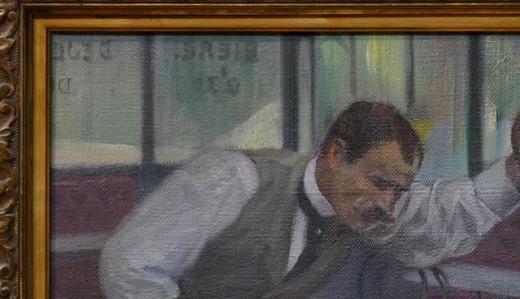 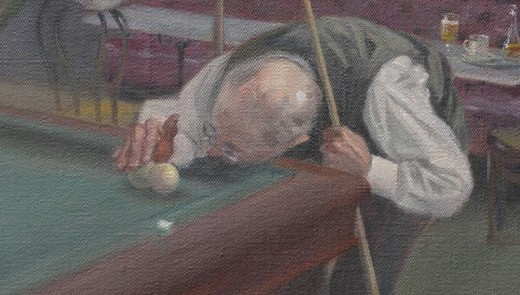 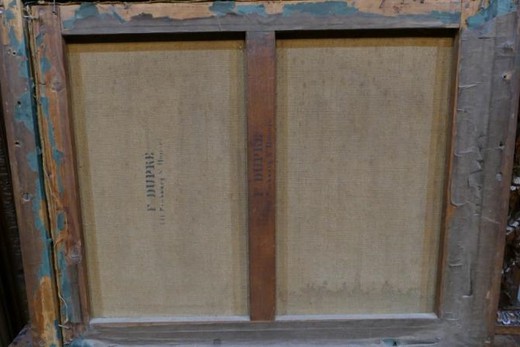 Antique painting "Billiard Party". Canvas, oil. Dated and signed in the lower right corner - "Pierre Georges Jeanniot. 1892". Decorated in an original wooden frame with gilding. France, 1892Pierre-Georges Jeanniot (1848-1934) - French impressionist painter, printmaker, aqualist. Born in Switzerland, he moved to France where he began his artistic education with the help of his father, longtime director of the School of Fine Arts in Dijon. For the first time, Jeanniot as an artist, became known in 1872, when he took part in the exhibition Salon de Paris. Since then, he has become a regular participant in the Paris Salon and has been awarded medals more than once. Pierre-Georges had many talents - he made sketches from the daily life of Paris, in which there are similarities with the works of Toulouse-Lautrec, illustrated a large number of books by famous writers of the time, such as Victor Hugo, Emile Zola and Honore de Balzac. He was the editor of a French weekly magazine. But all this did not stop him from creating many stunning paintings, putting all his passion and artistic power into them. His works can be found in many museums around the world and they are still appreciated at world auctions.