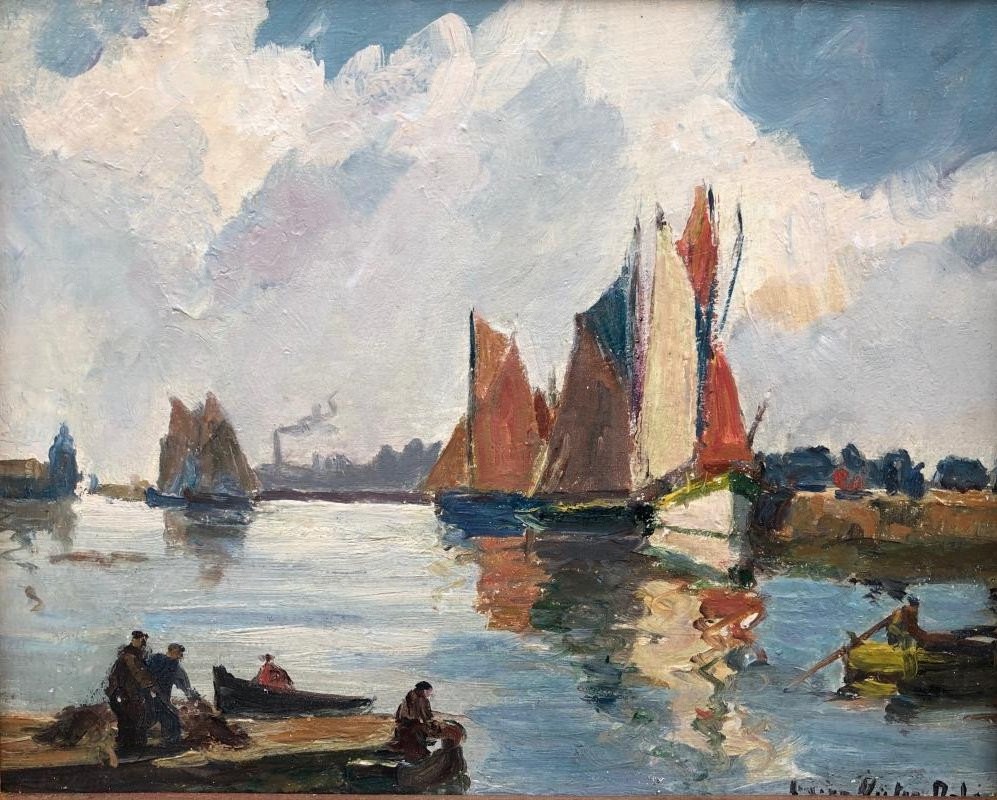 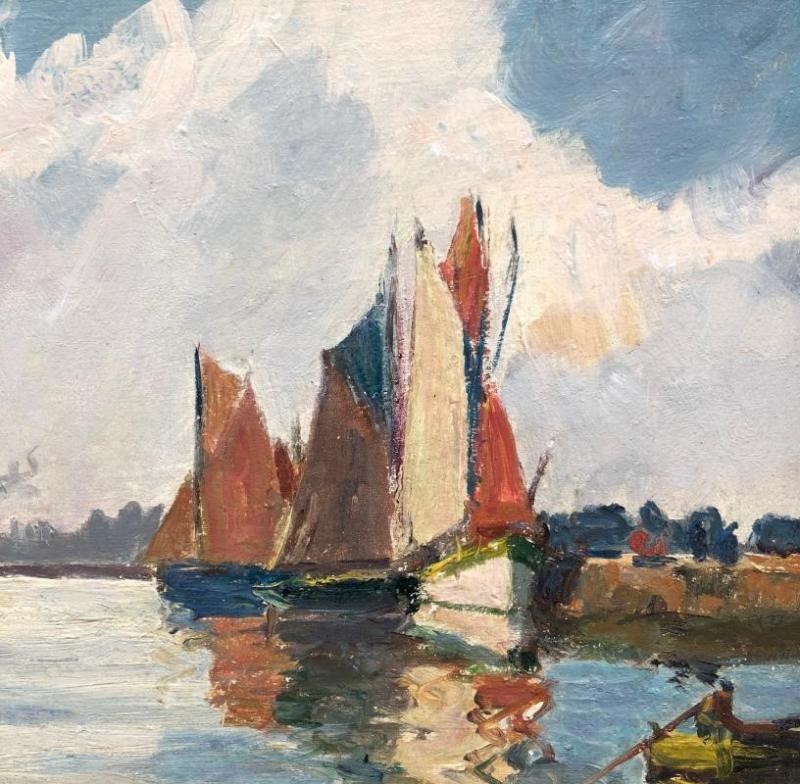 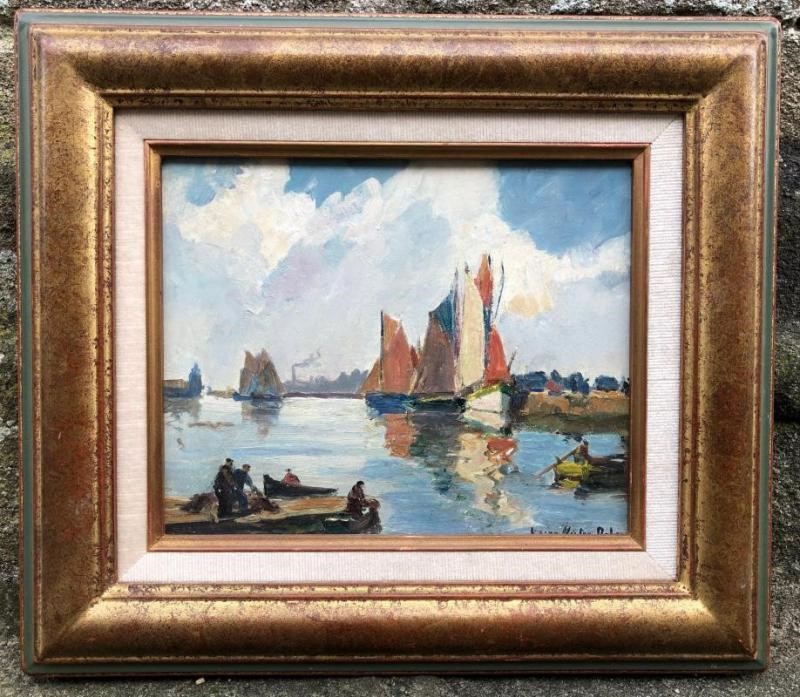 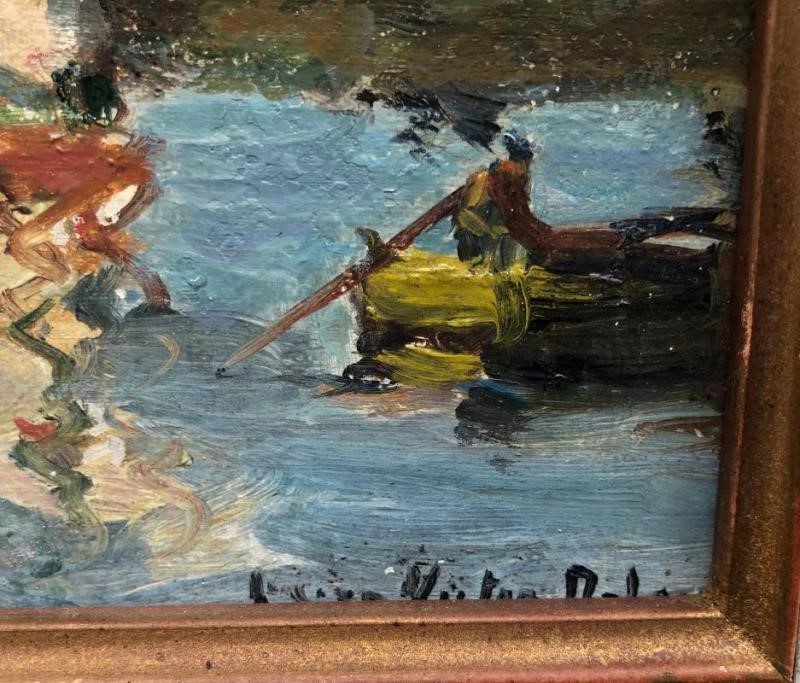 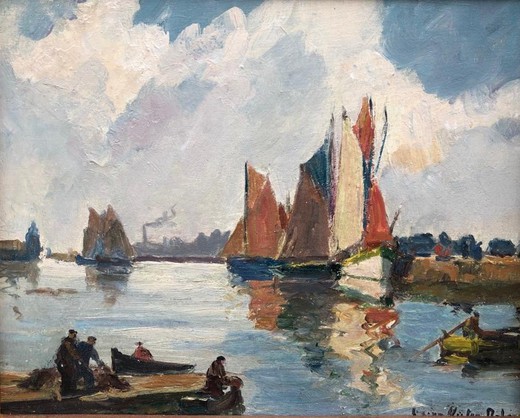 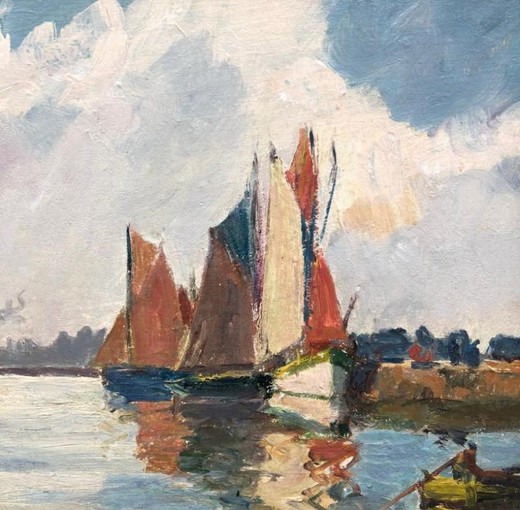 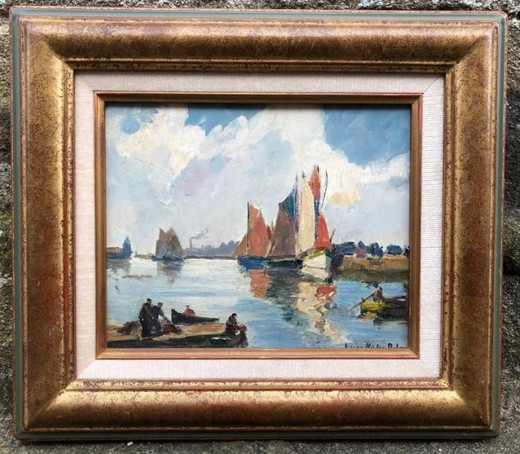 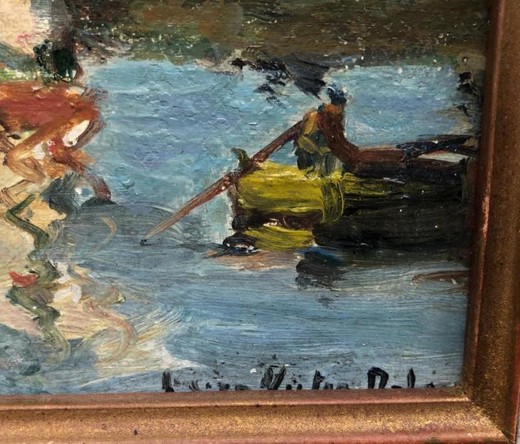 Old painting "The Port of Concarneau". Panel, oil. Energetic graphics and unusual colors convey the life and rhythm of the canvas architecture. In the lower right corner is the signature of the author-Lucien Victor Delpy. The signature is partially hidden by the frame. There is a certificate of authenticity. France, XX century.

Lucien Victor Delpy (1898-1967) was a French marine painter. Born in Paris, he studied in Cormon, as well as in Renard and Laurens. His works first appeared at professional exhibitions in 1922. In 1924 he worked in Brittany, and in 1926 in Concarneau. It was during this period that he realized that his real passion was seascapes. In 1927, Delpy received a silver medal at the exhibition of French artists, in 1930 he was a laureate of the city of Paris, in 1931 he was named " official artist of the Navy»… Delpy traveled all over the world: Algeria, Saigon, Bizerte… But his first love remains Brittany, which he never stopped painting: Concarneau, Brest, and finally Lorient, where he will settle in 1952 and where he will end his days.