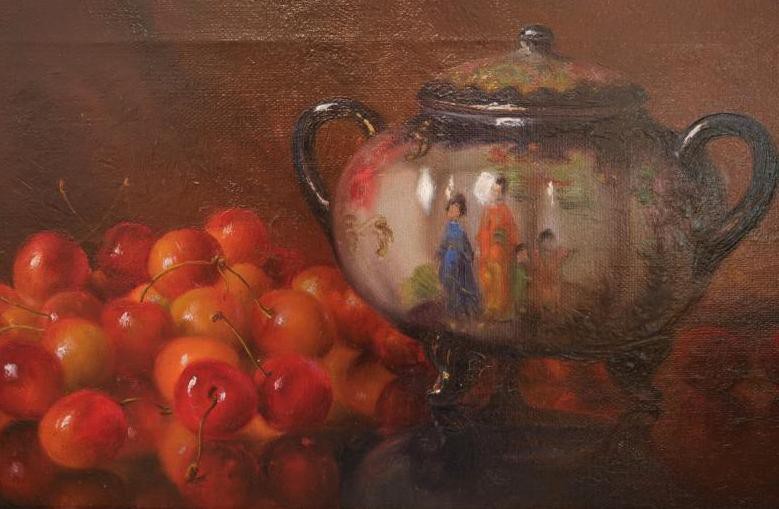 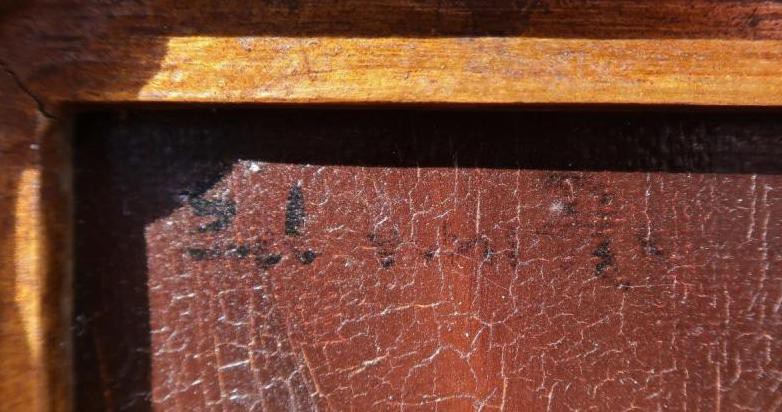 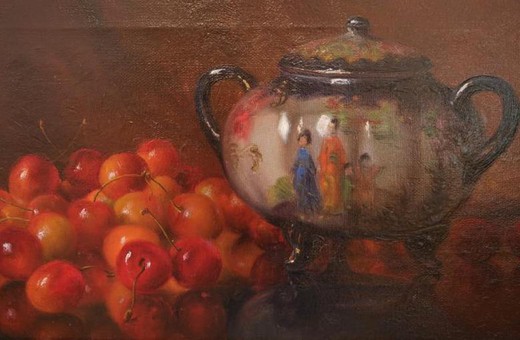 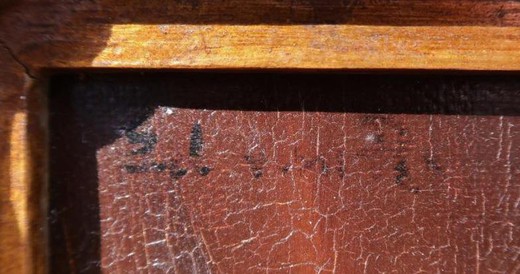 Antique painting "Still life with cherries". Canvas, oil. In the upper left corner, the author's signature is Edward Van Ryswyck. Belgium, 1900.Edward Van Ryswyck (1871-1931) - Belgian painter. He was educated at the Royal Academy of Fine Arts in Antwerp. He later became a student at the Julian Academy in Paris. Already at the age of nineteen he was awarded a scholarship and a separate congratulation from King Leopold II for his beautifully painted paintings. He worked in Italy and the Netherlands, but after the First World War he returned to Belgium. Participated in numerous exhibitions, and in 1904 exhibited at the Salon of the Triennial in Antwerp. Edward Van Ryswyck is known for his landscapes and still lifes.