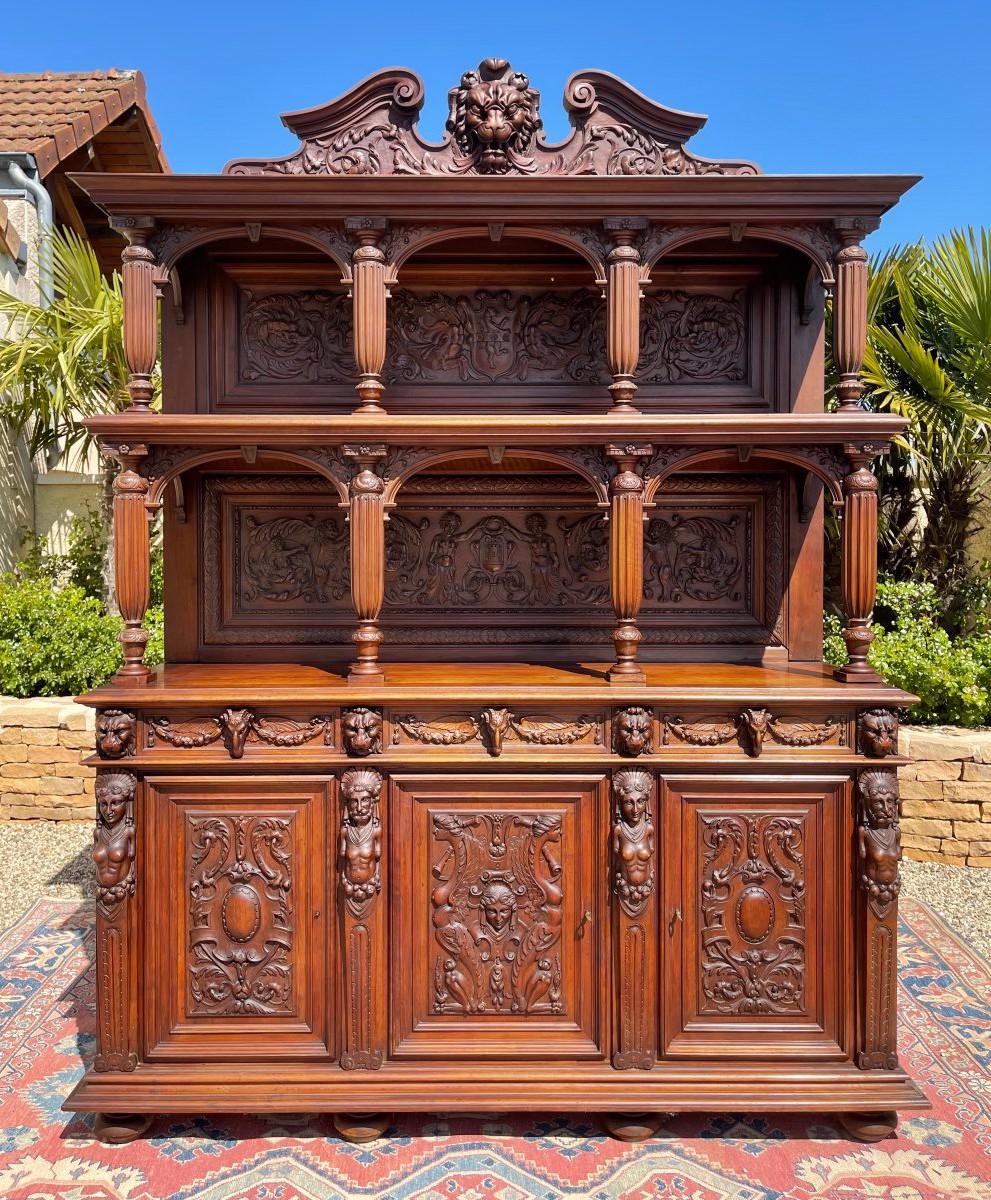 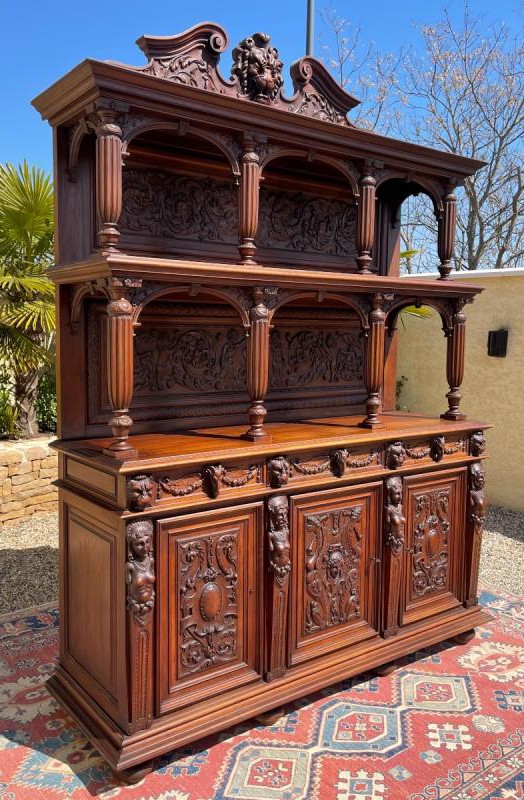 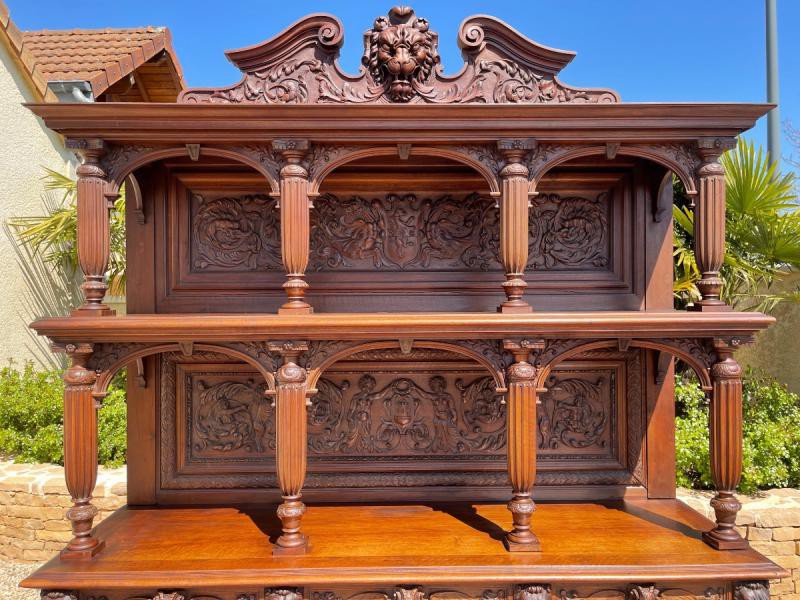 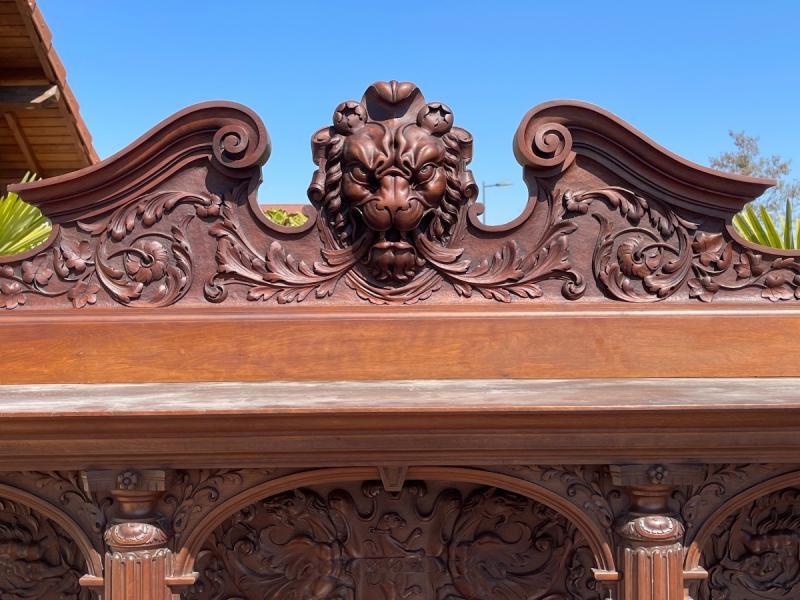 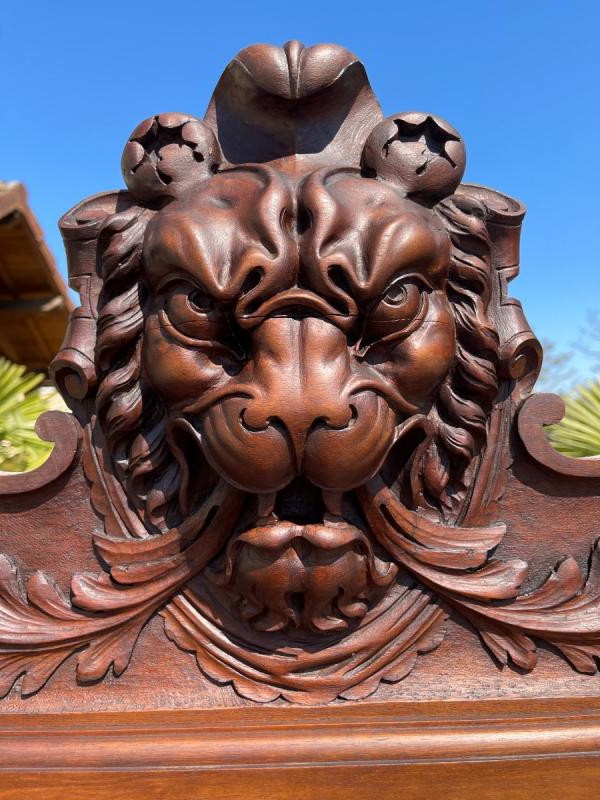 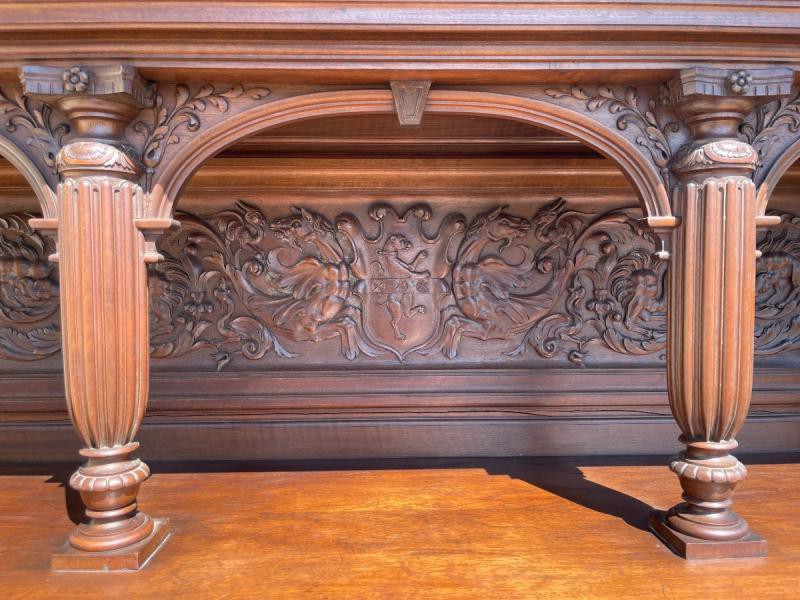 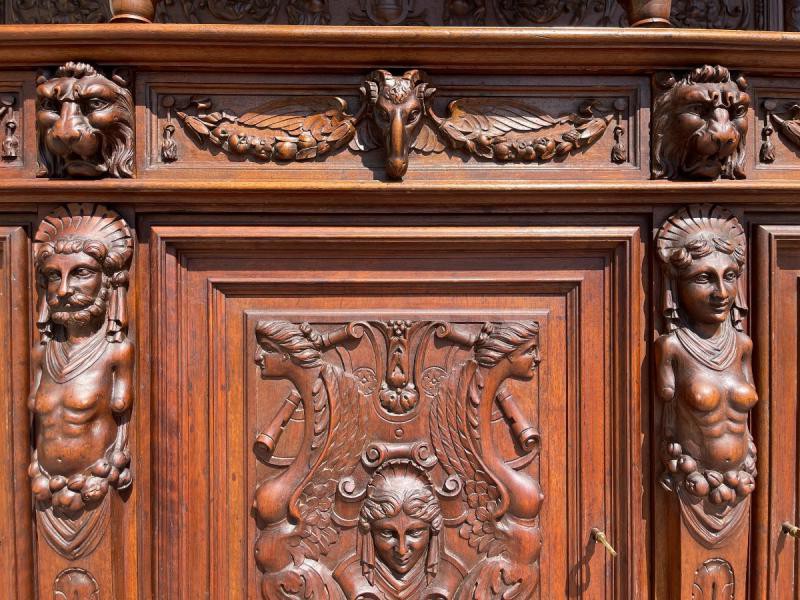 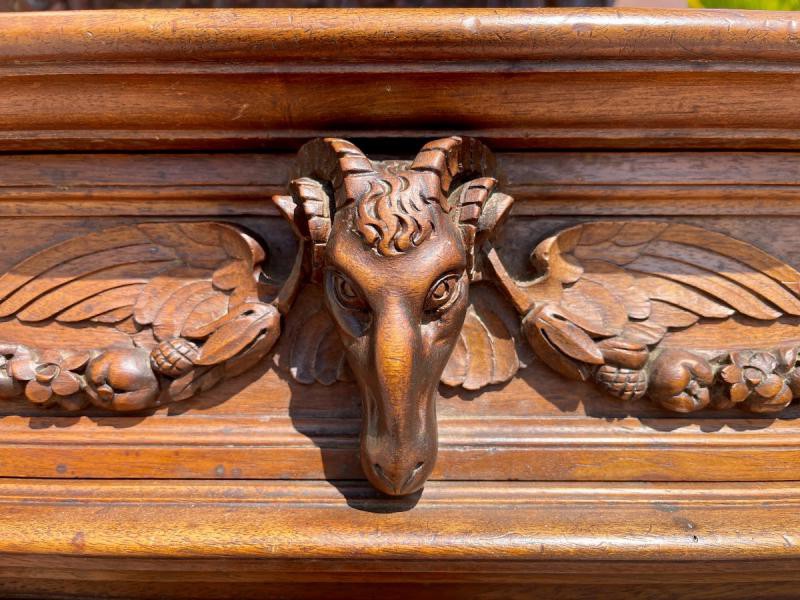 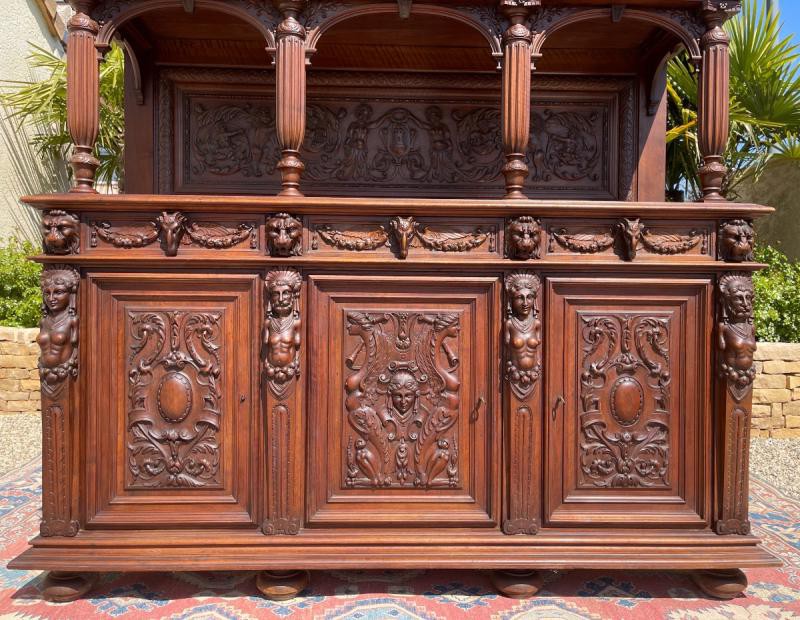 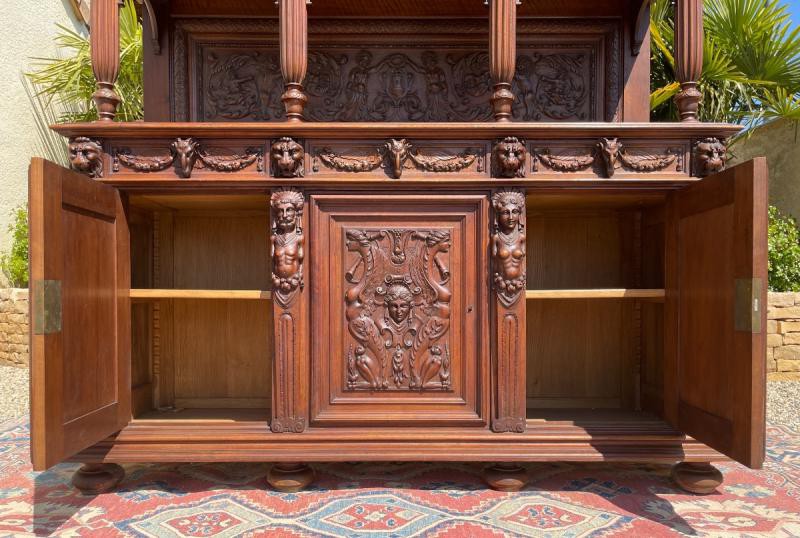 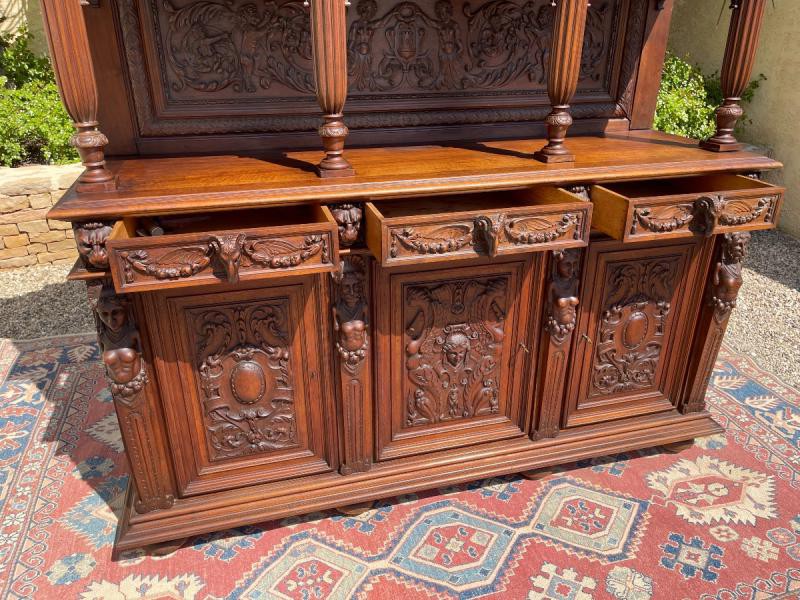 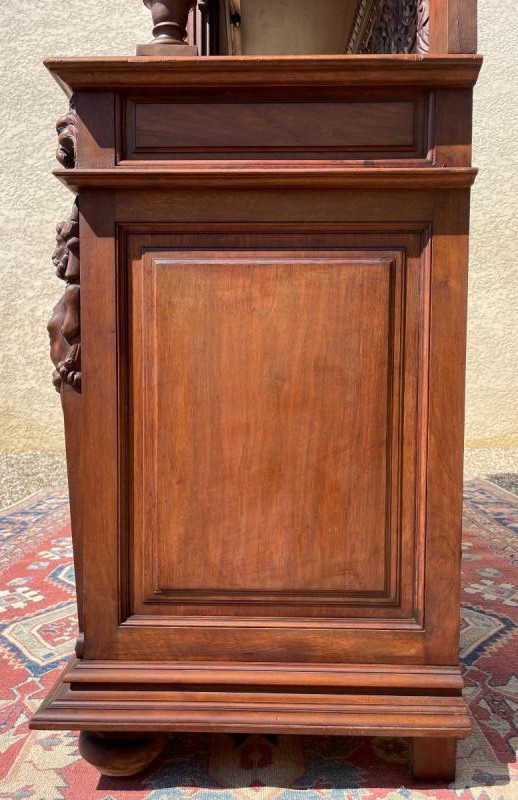 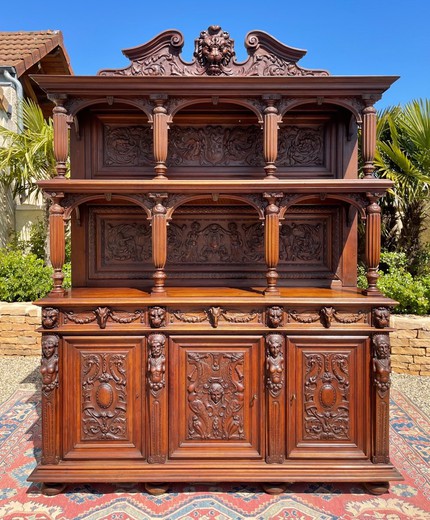 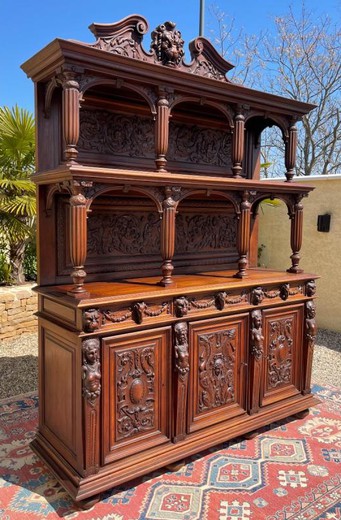 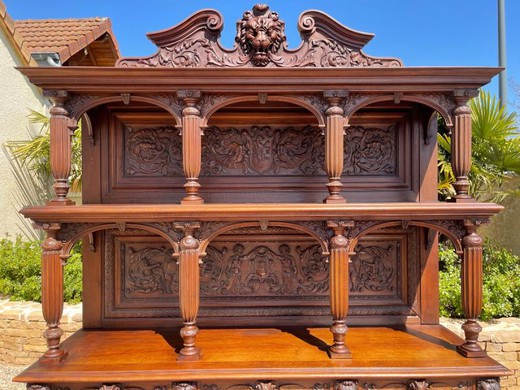 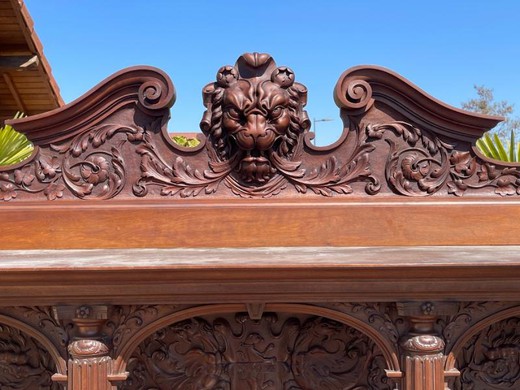 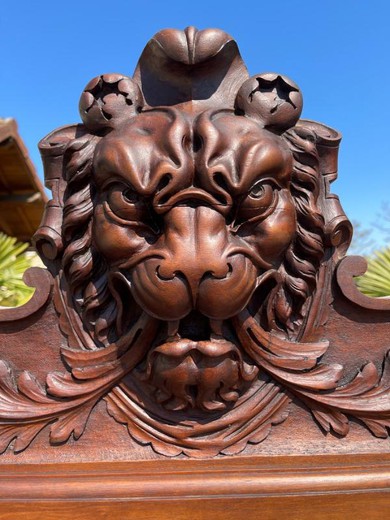 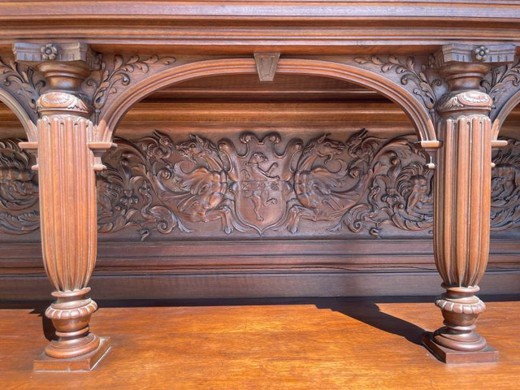 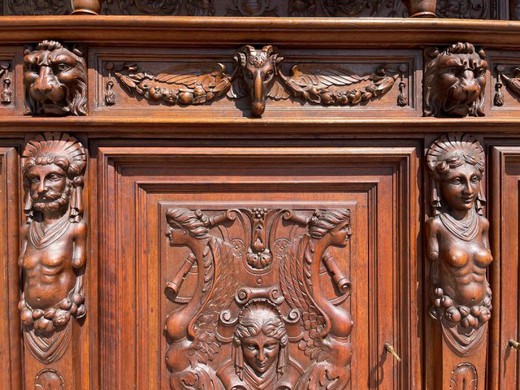 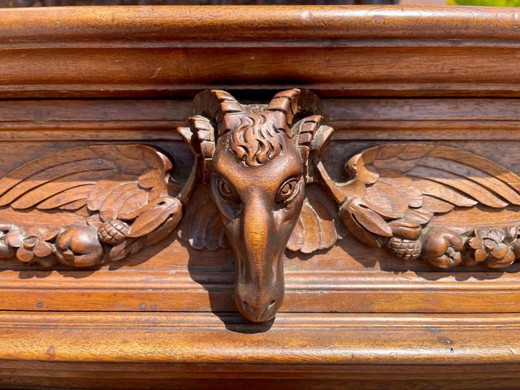 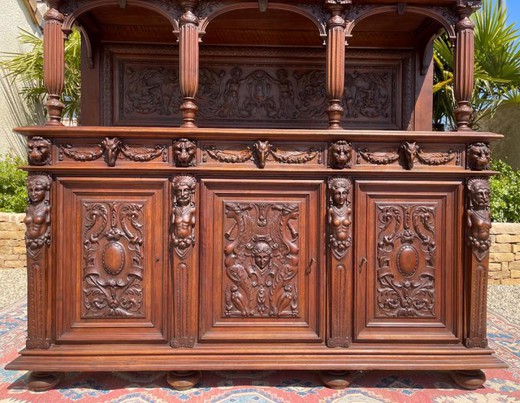 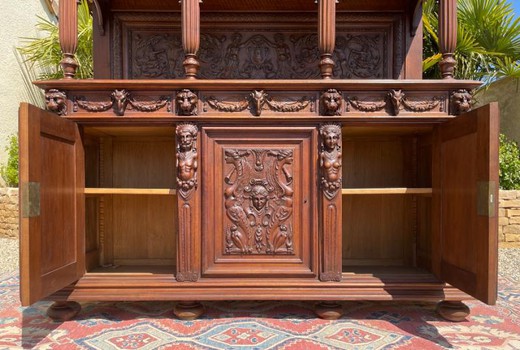 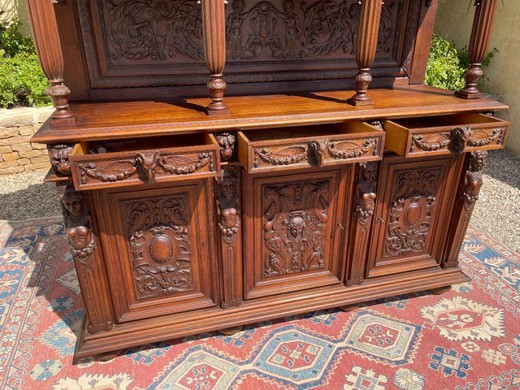 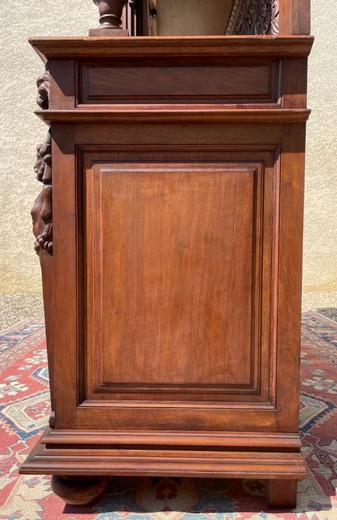 Antique Renaissance sideboard. The magnificent sideboard is decorated with numerous carvings - these are caryatids and dragons, fantastic creatures and sculpted images of lion heads. The heraldic symbols, which we see on the back wall of the sideboard, in combination with the image of a lion, have long been considered a symbol of courage, strength and generosity. The upper part of the sideboard is supported by carved columns with flutes. The lower part is represented by three compartments with hinged doors and three drawers. Walnut solid. France, XIX century.