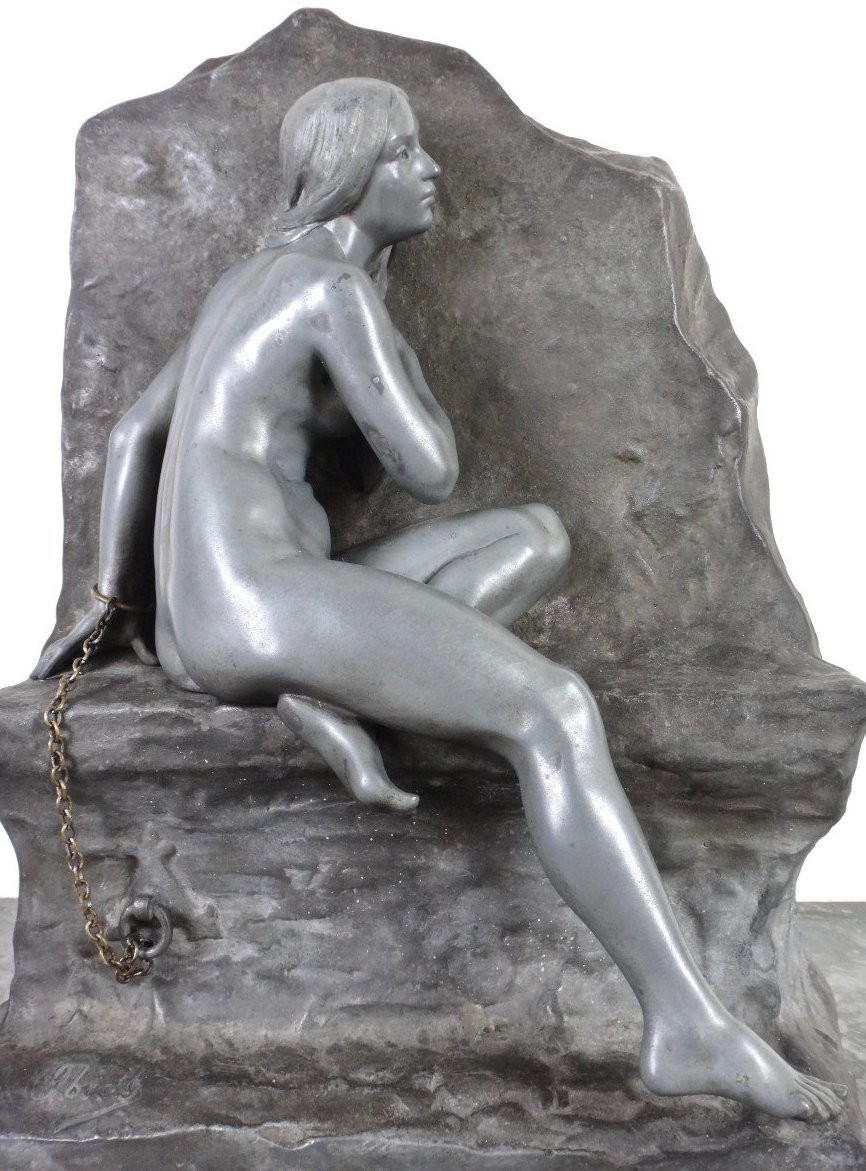 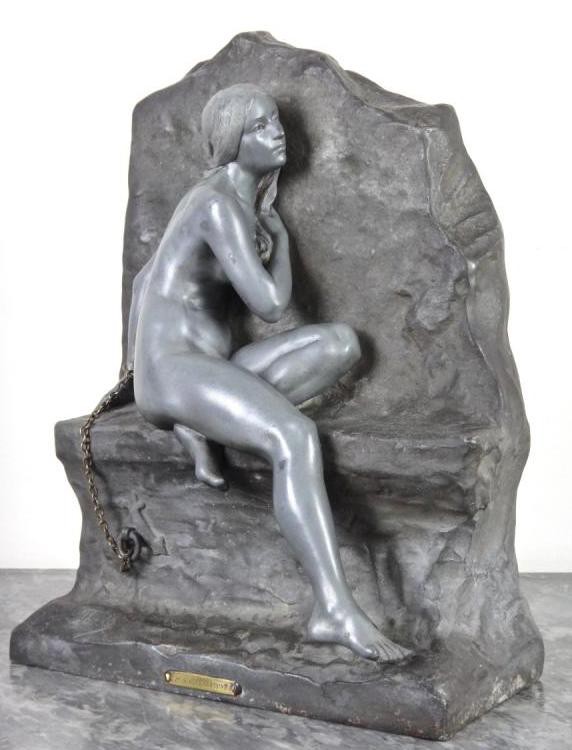 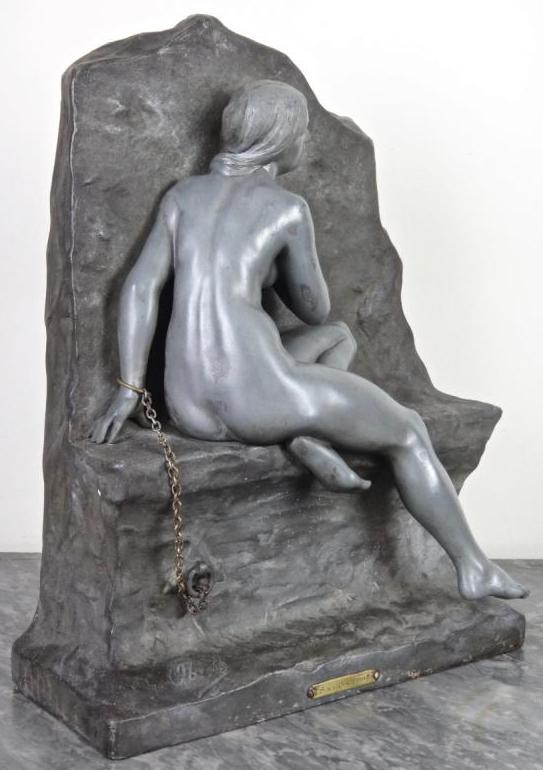 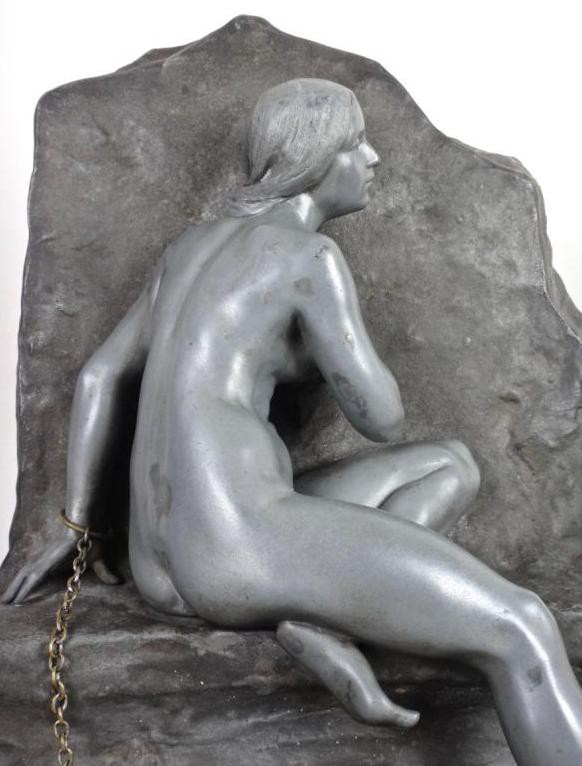 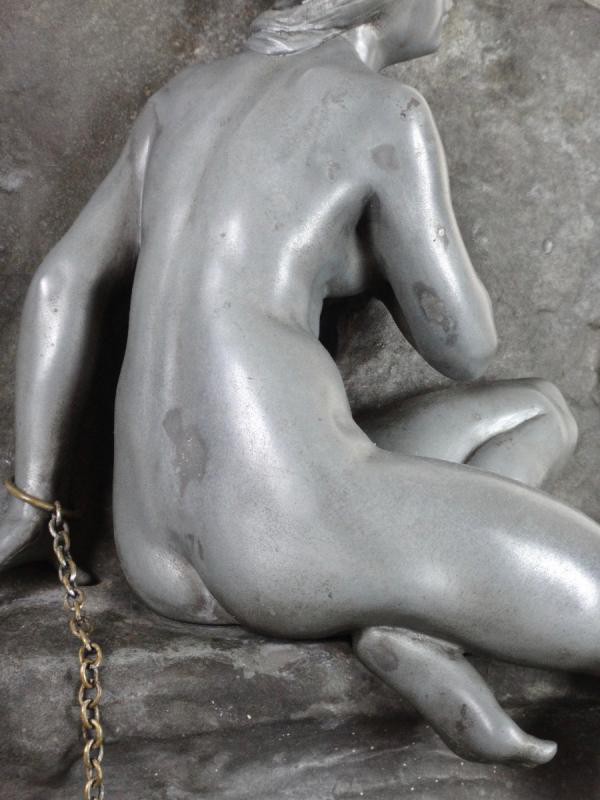 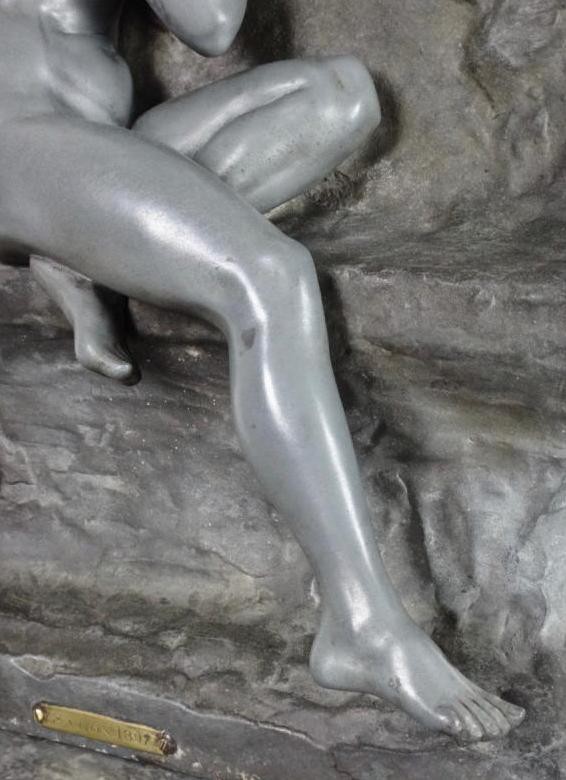 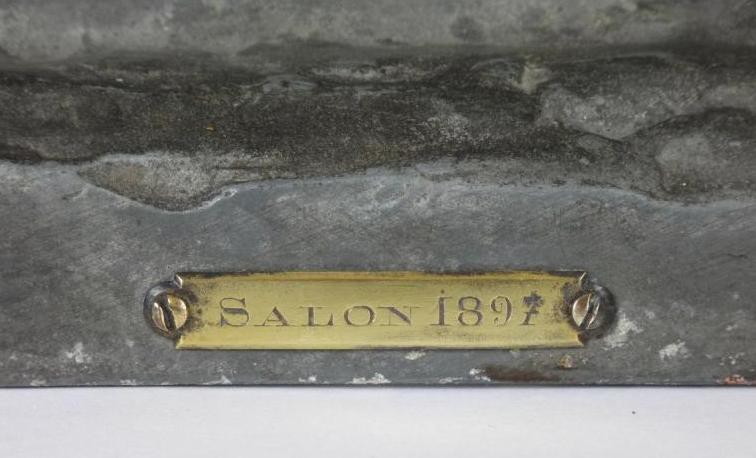 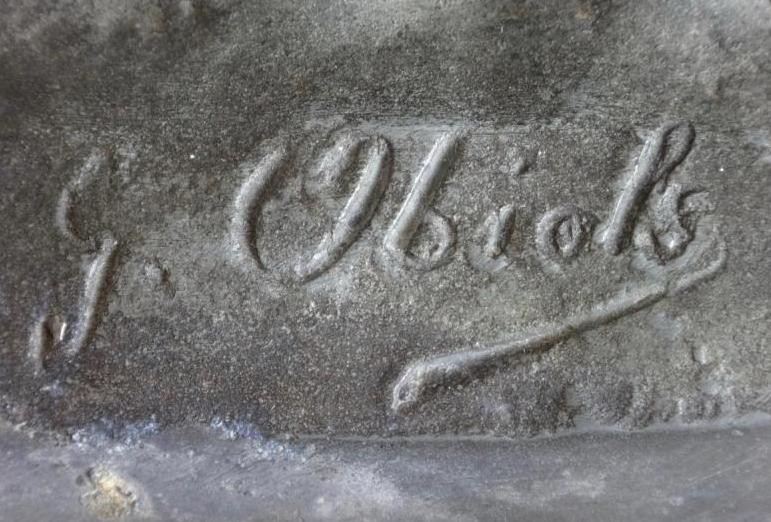 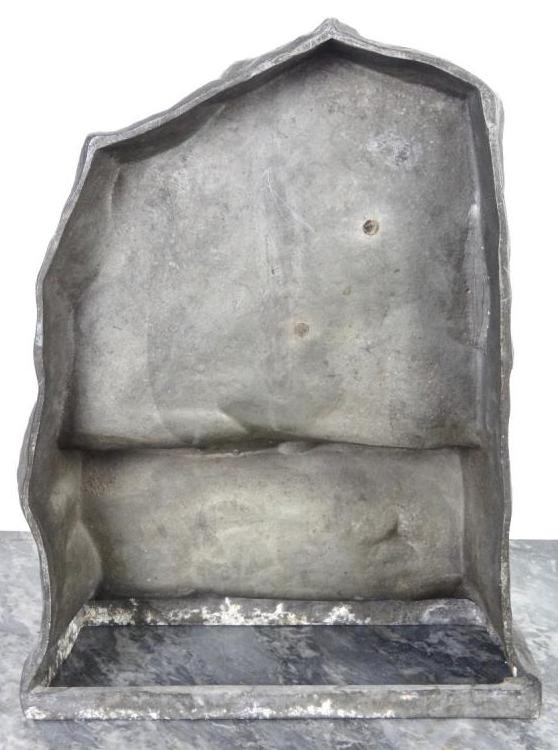 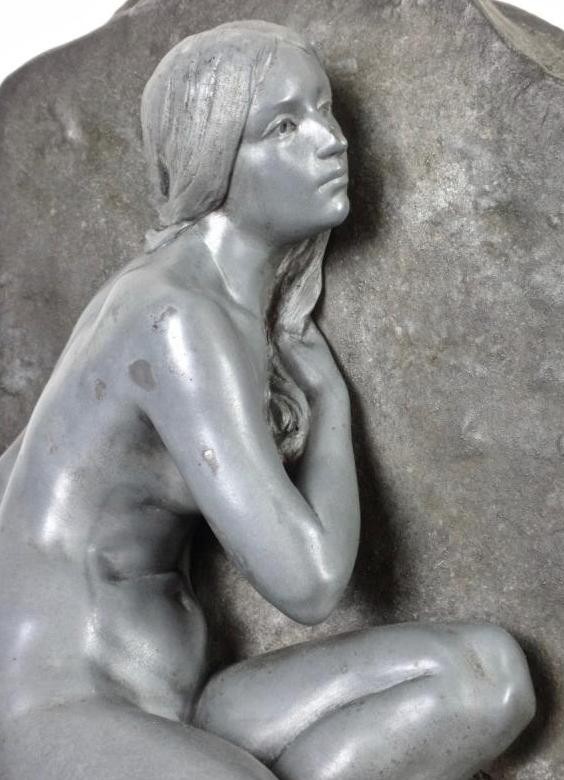 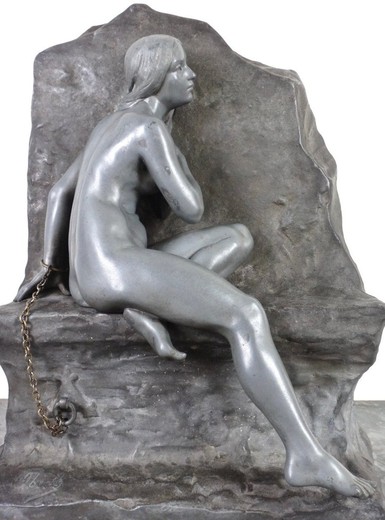 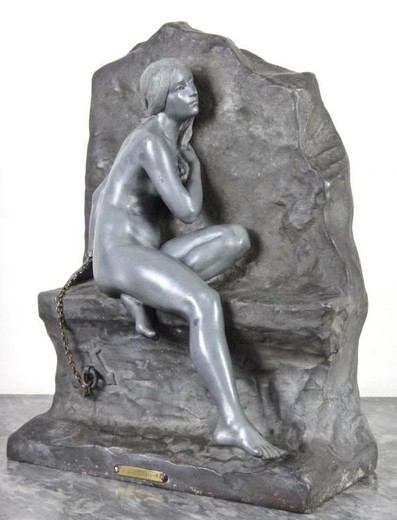 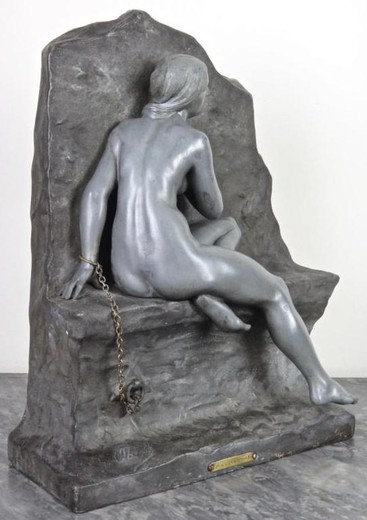 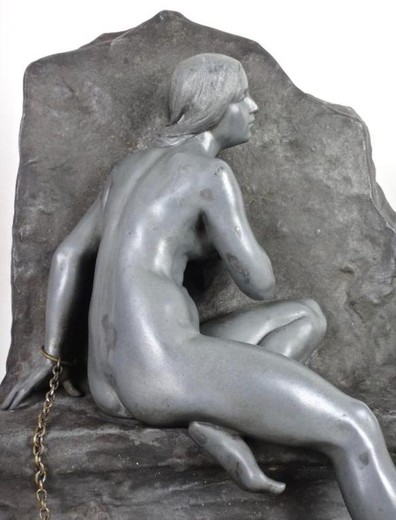 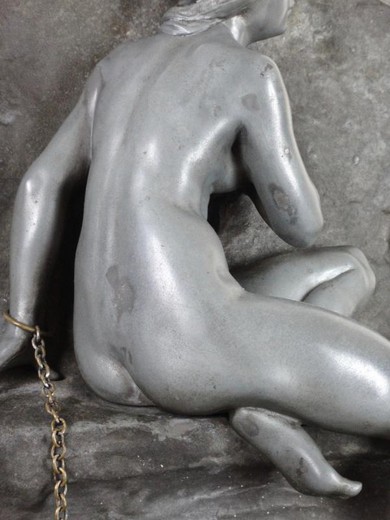 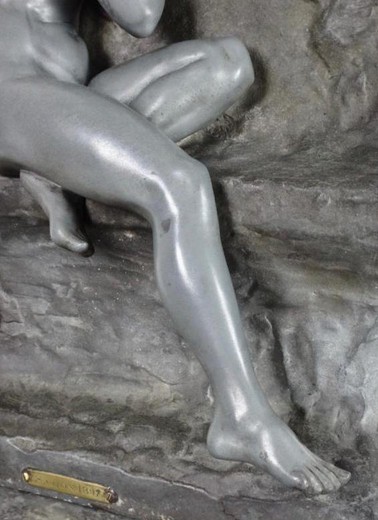 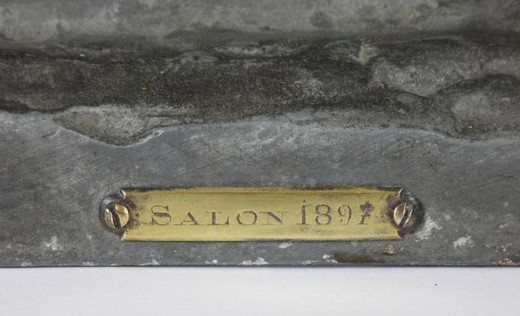 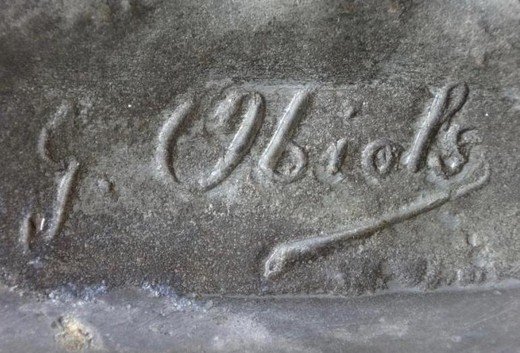 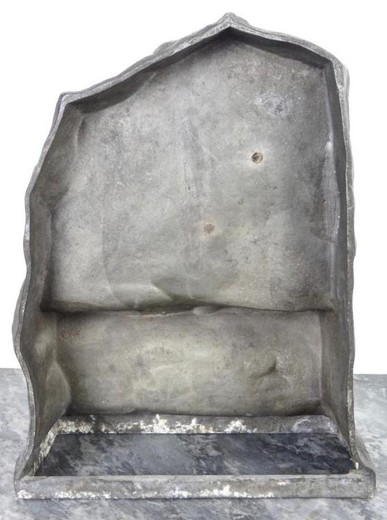 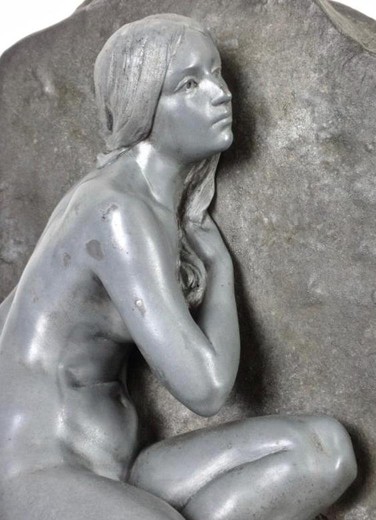 Antique sculpture "Andromeda". Made of tin alloy. Andromeda is the daughter of the Ethiopian king Kefei and his beautiful wife Cassiopeia. She was chained to the wall as a sacrifice for the sea monster, which Paseidon sent as punishment for Cassiopeia's words that she could outshine any of the sea Nereids with her beauty. Saved Andromeda by Perseus, the hero who defeated Medusa Gargon. As a reward, Andromeda became a faithful wife to Perseus. On the base there is the signature of the author - G. Оbiols, as well as a plate with the date - Salon 1897. Europe, XIX century.

Gustave Obiols (1858-1910) - Spanish sculptor. He was educated at the Academy of Fine Arts in Barcelona. At the age of twenty he moved to Paris where he continued his studies in the workshops, visiting the workshops of Eugene Delaplanche and Albert-Ernest Carrier-Belleuse. The sculptor not only took part in many exhibitions in Spain and France, but was also awarded medals for his work. He was one of the founders of the Society of Spanish Artists in Paris.