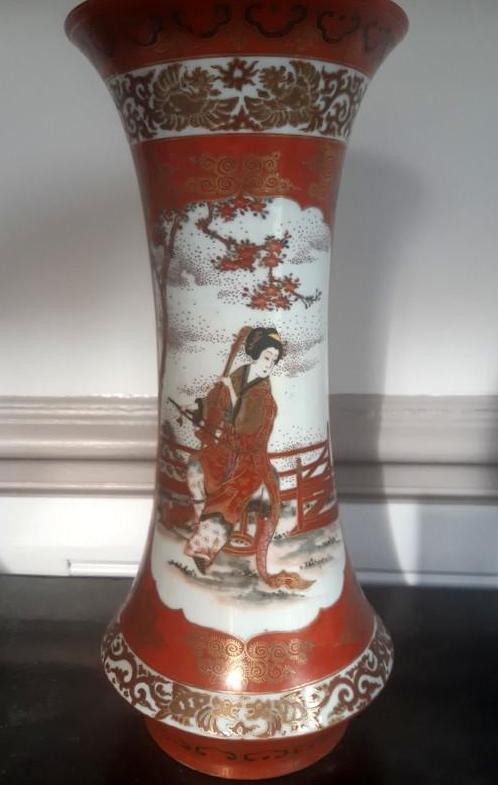 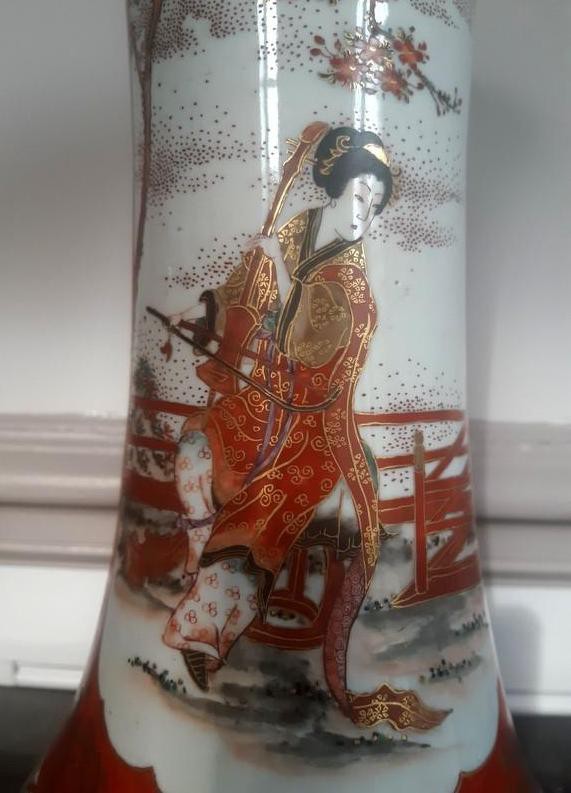 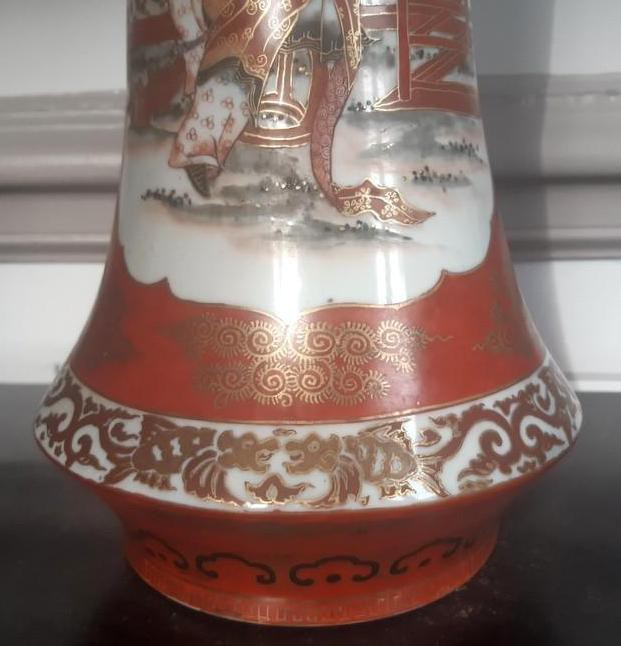 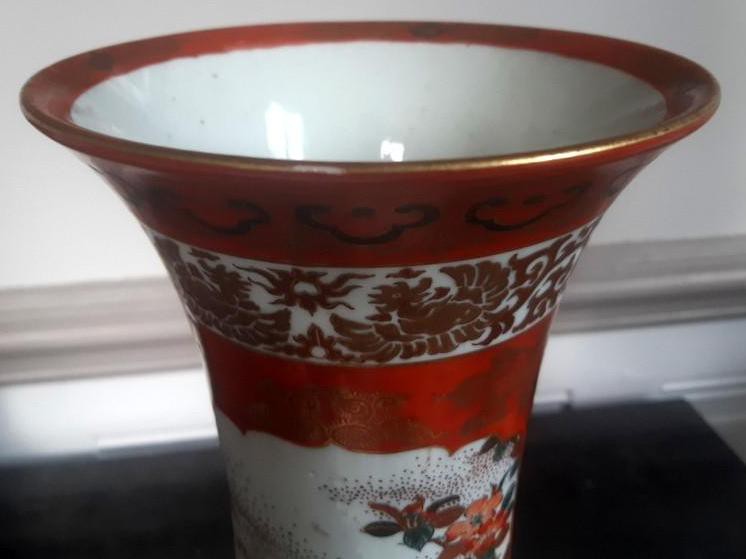 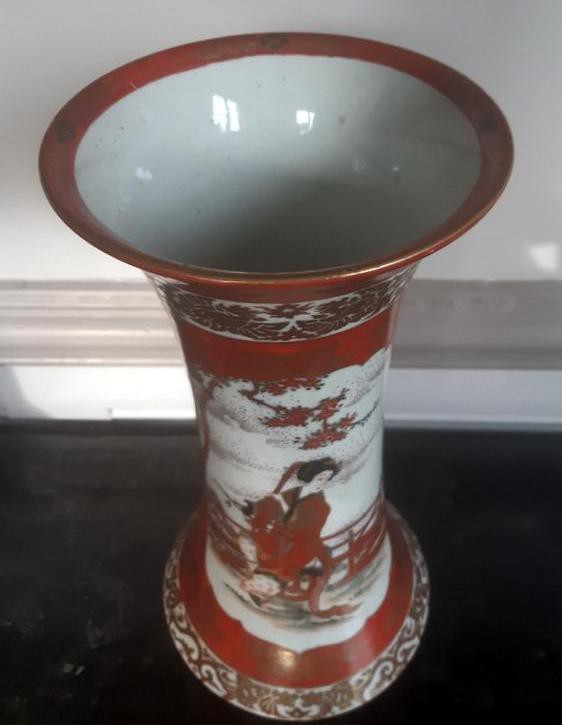 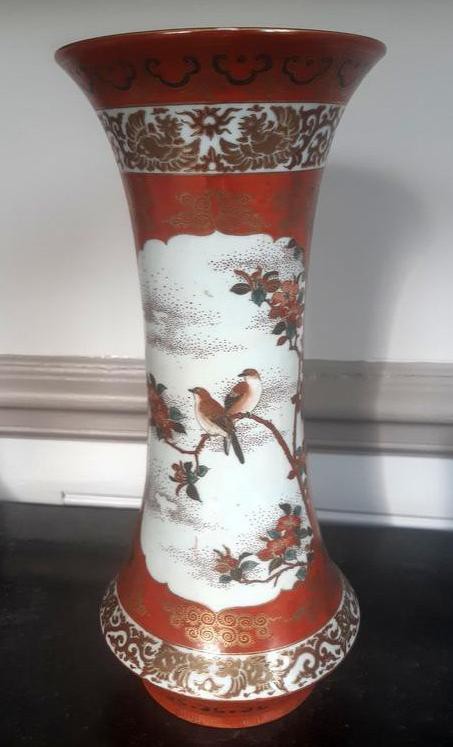 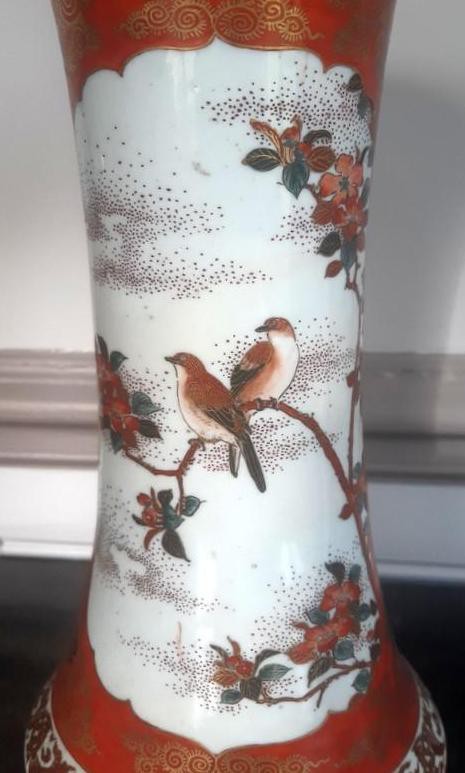 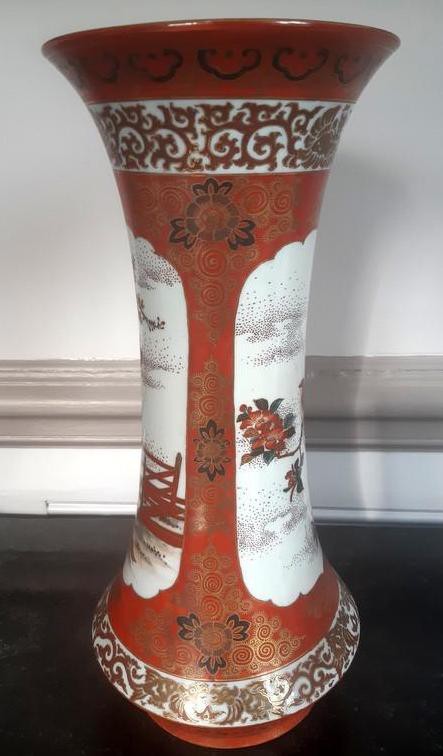 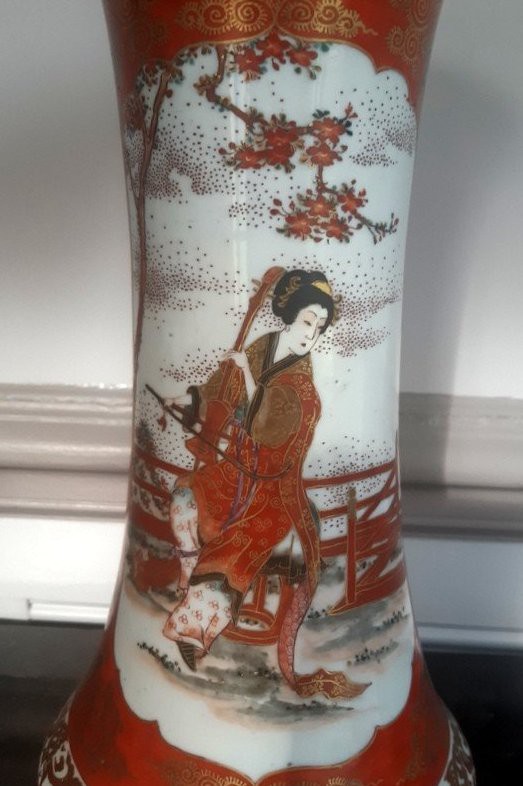 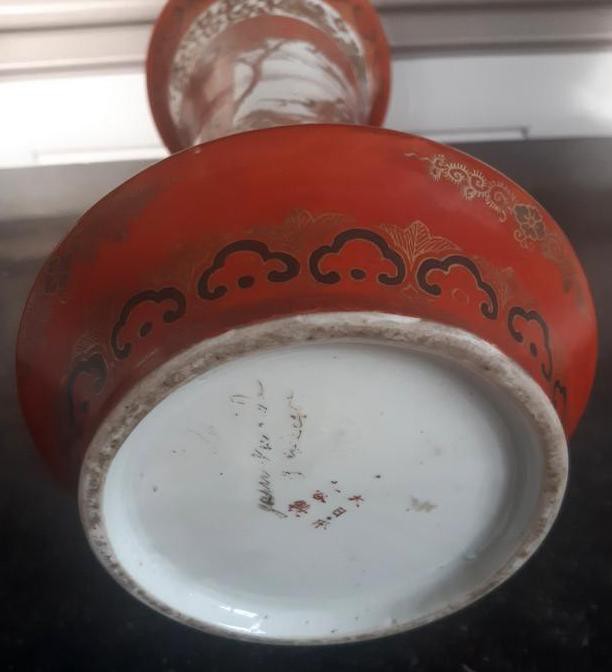 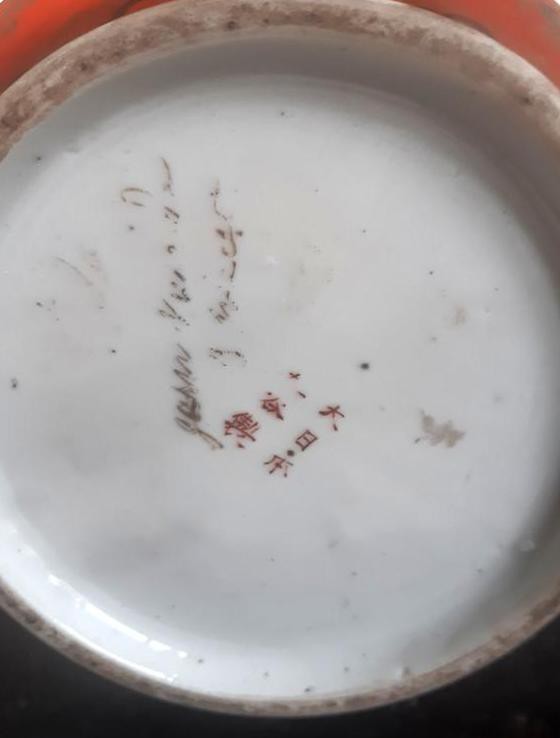 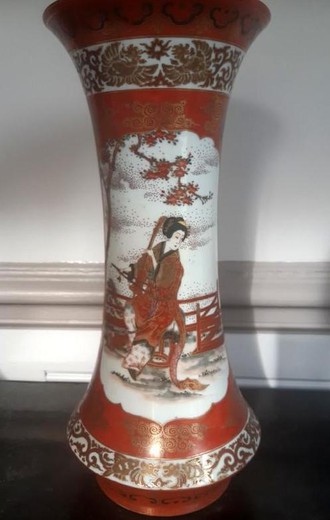 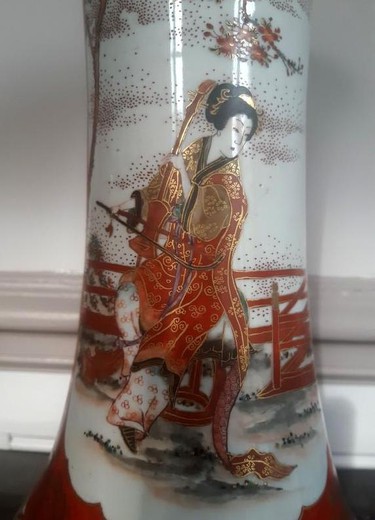 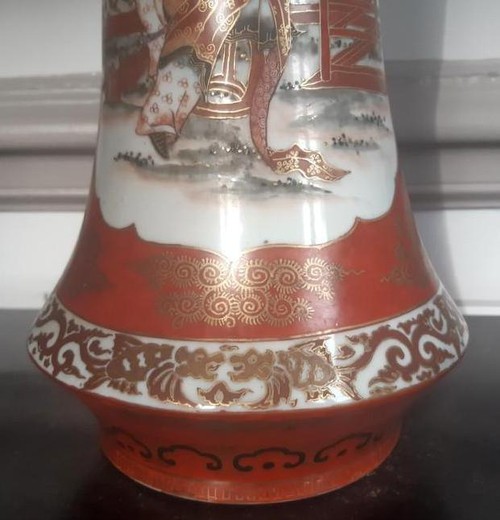 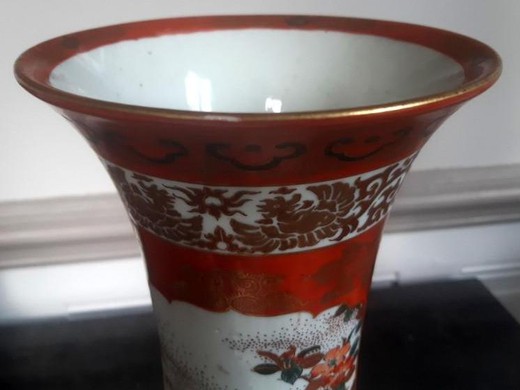 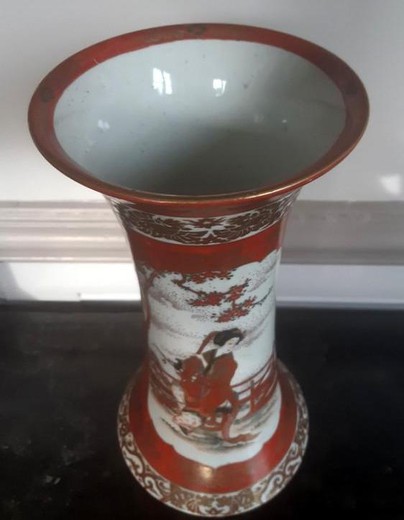 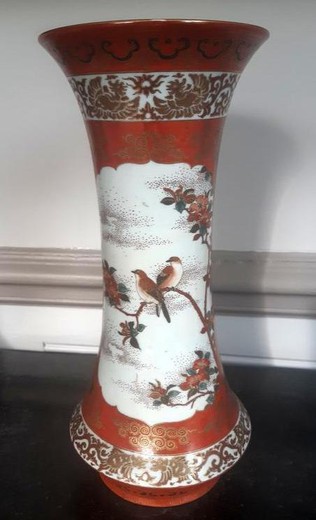 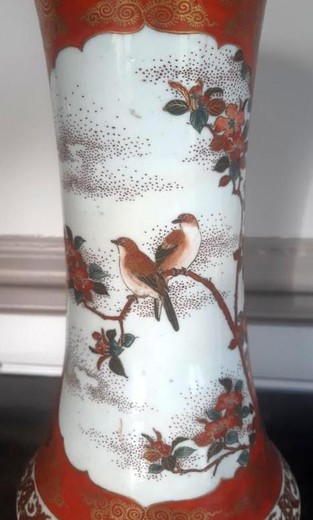 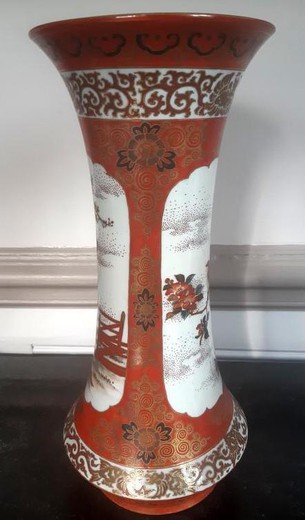 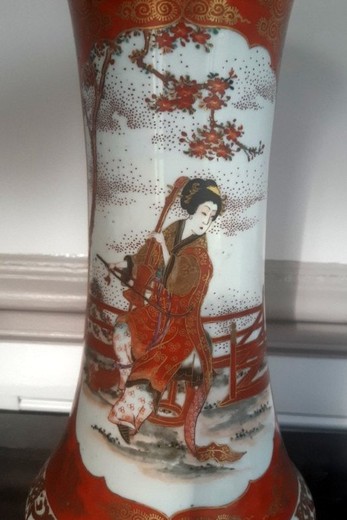 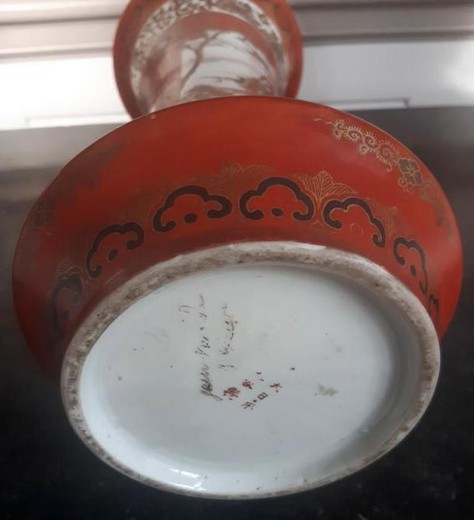 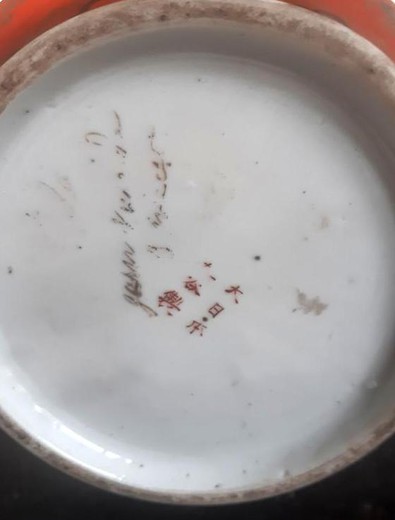 Antique vase in the Kutani. Made of porcelain. Decorated by hand painting. On the one hand, this is an image of a geisha playing a musical instrument, and on the other, birds in flowering branches of an apple tree. Japan, early twentieth century.

Kutani is one of the three main and best-known trends in Japanese porcelain / ceramics art. The workshops are located in Ishikawa Prefecture, mainly in the Kutani region, literally translated as “nine valleys”. Numerous workshops located near the city of Kaga worked with porcelain so skillfully that they became a common name for all Japanese porcelain. Kutani ceramics were presented at the world exhibitions in Vienna and Paris and were really of great importance for the whole world of ceramics.