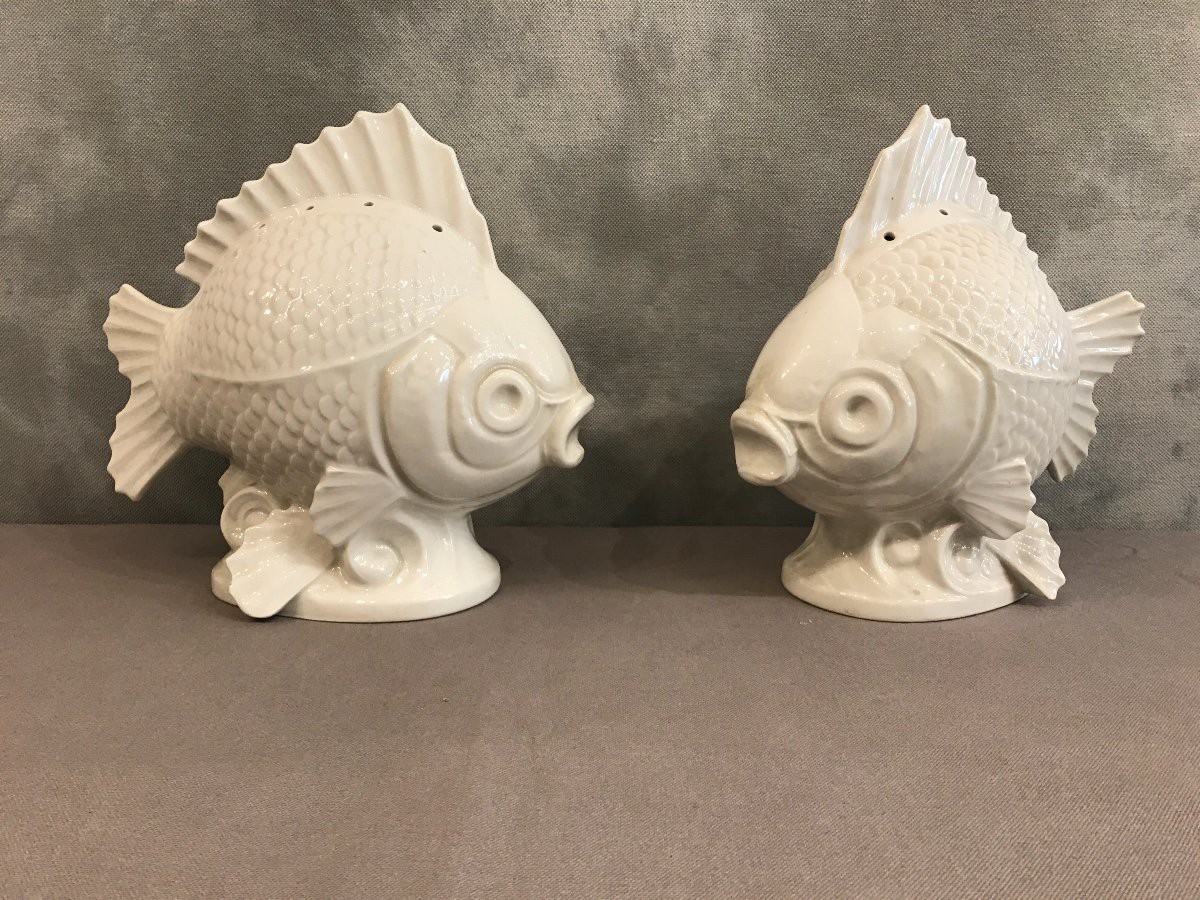 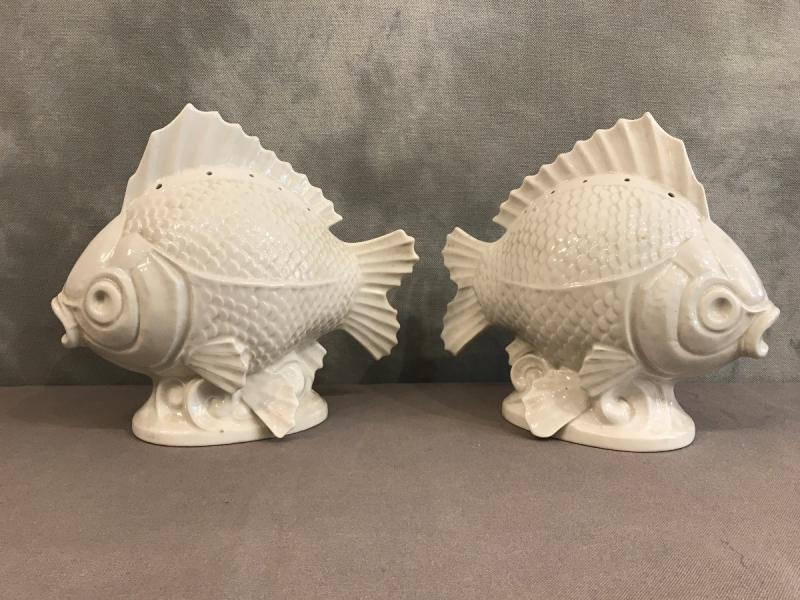 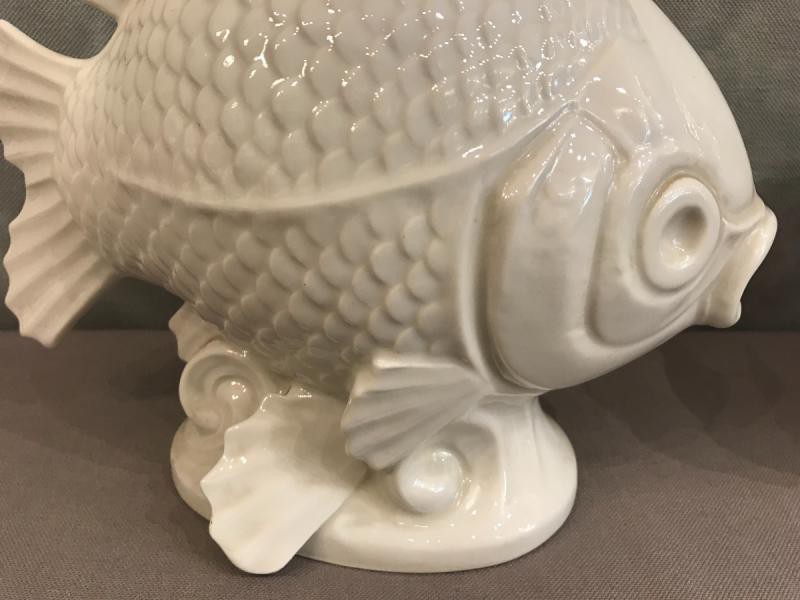 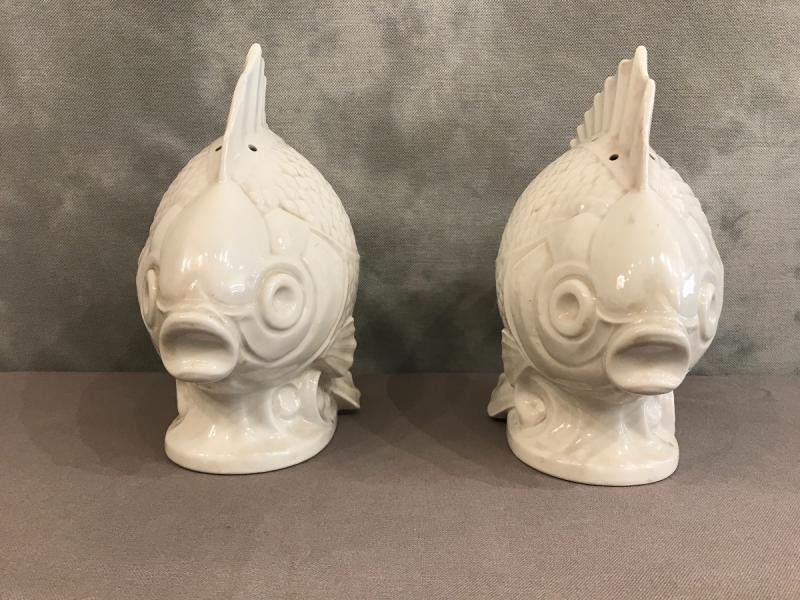 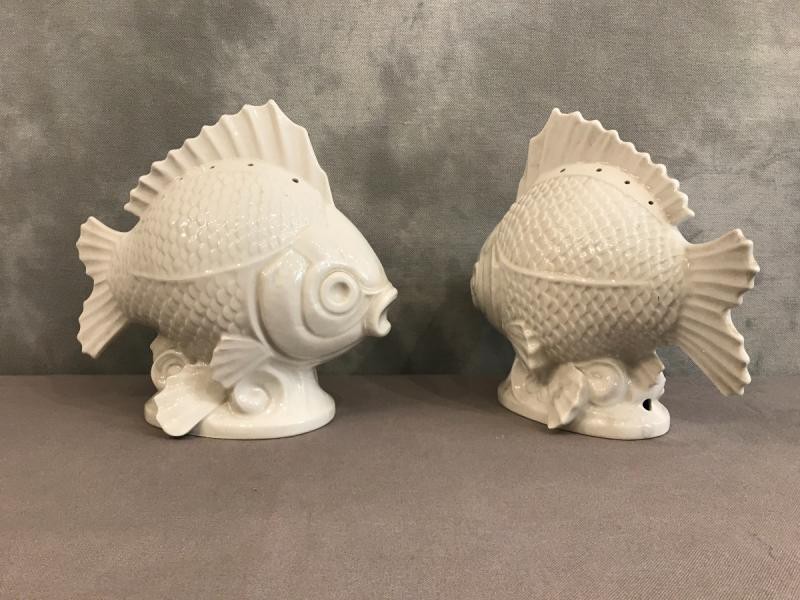 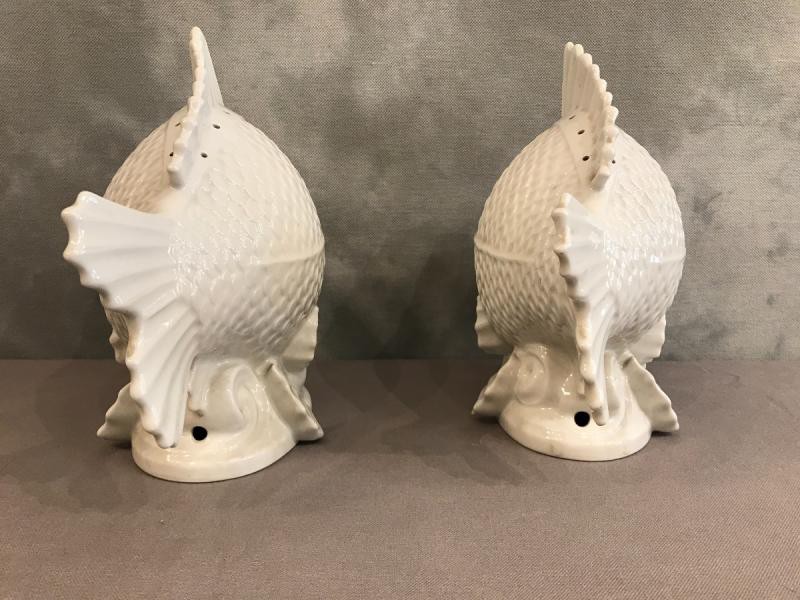 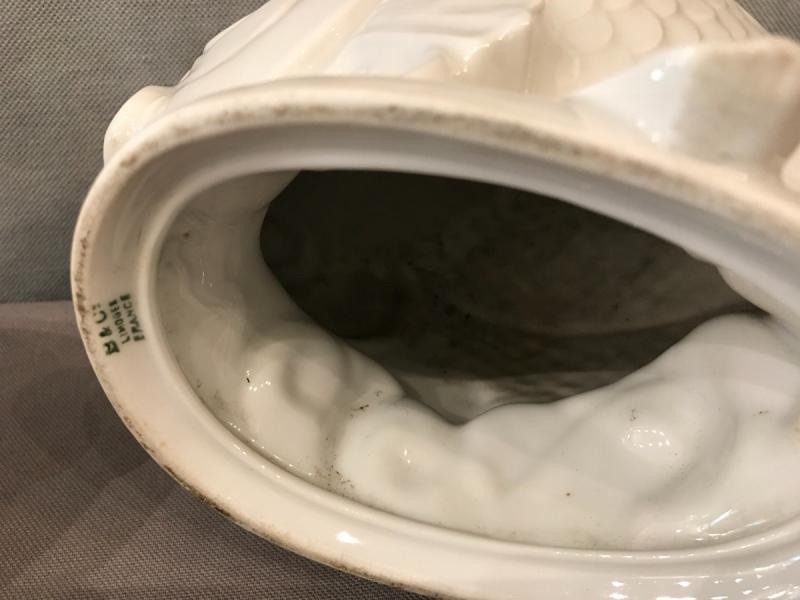 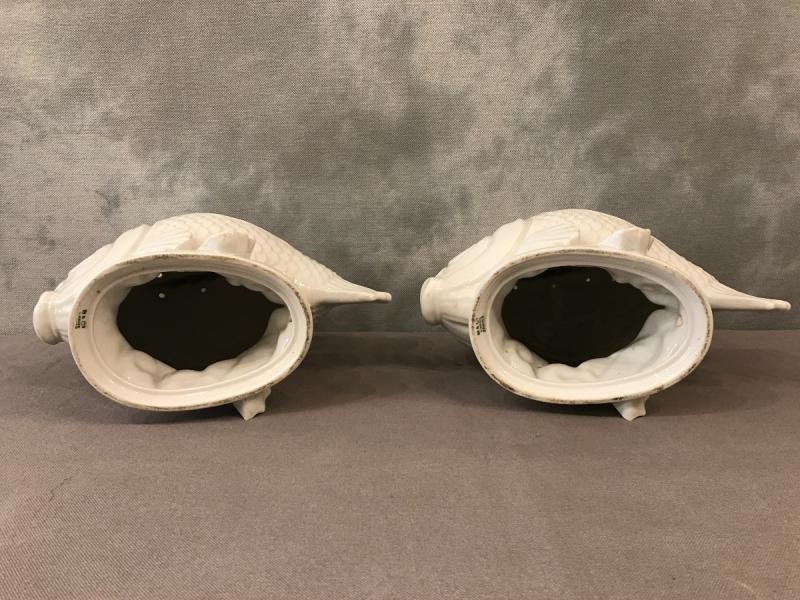 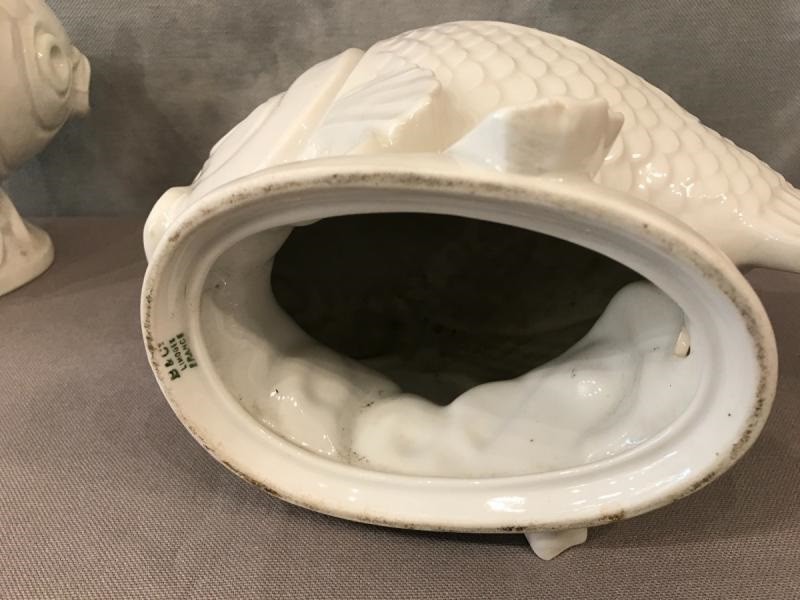 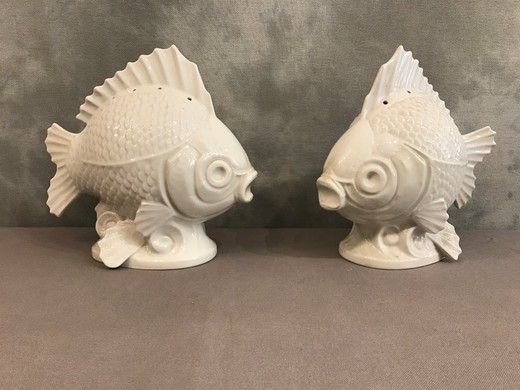 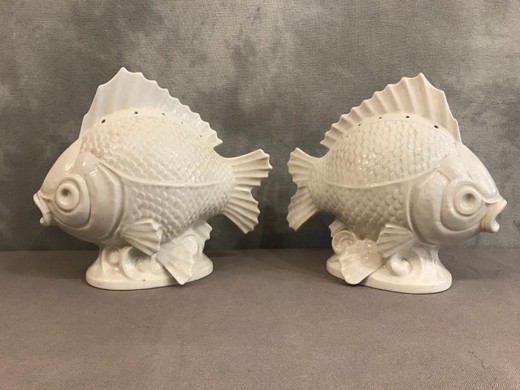 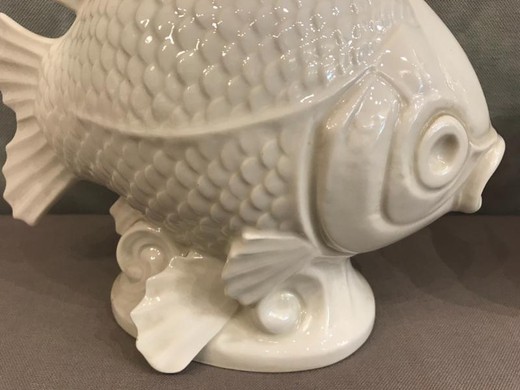 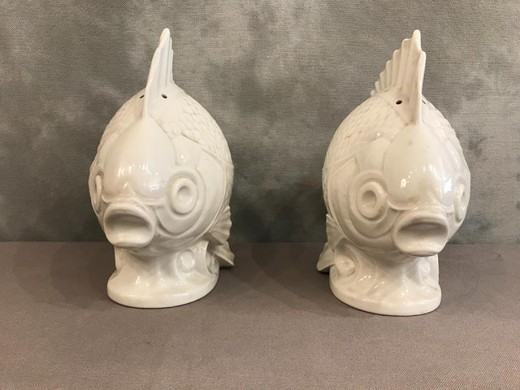 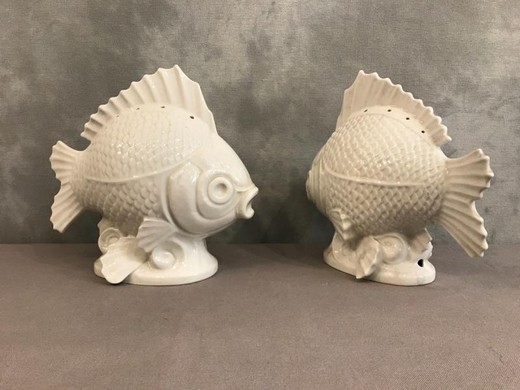 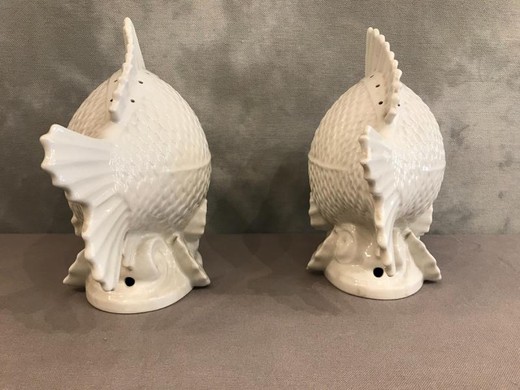 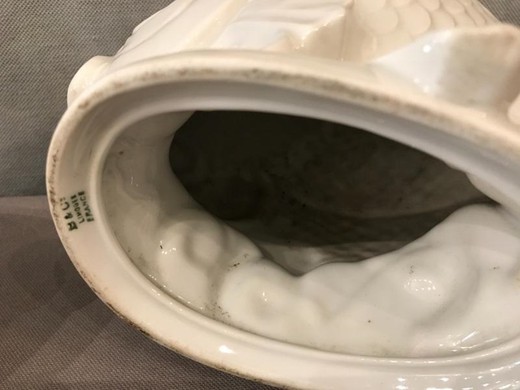 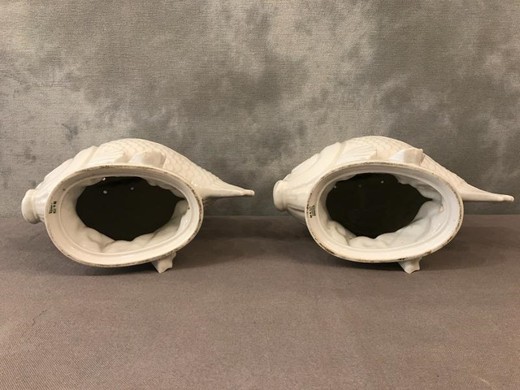 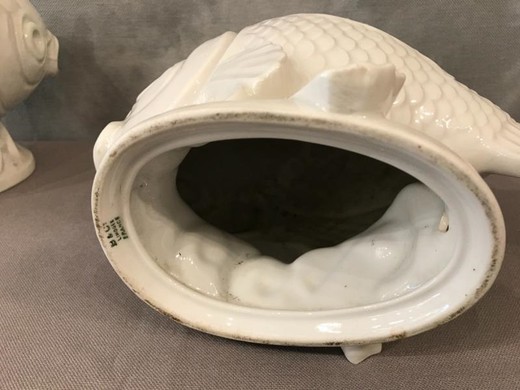 Antique pair sculptures "Fish" in the Art Deco style. Made of Limoges porcelain. At the bottom is the stamp of the Limoges factory. France, XX century

The history of Limoges porcelain began in 1770, when deposits of kaolin were discovered near the city of Limoges, which was necessary for the production of a solid material. Already in 1771, the first Royal porcelain manufactory was built, and soon several dozen more porcelain factories appeared on the territory of the region.

The term "Limoges porcelain" does not refer to any particular manufacturer, this is the name of the porcelain produced in the factories of this particular area.