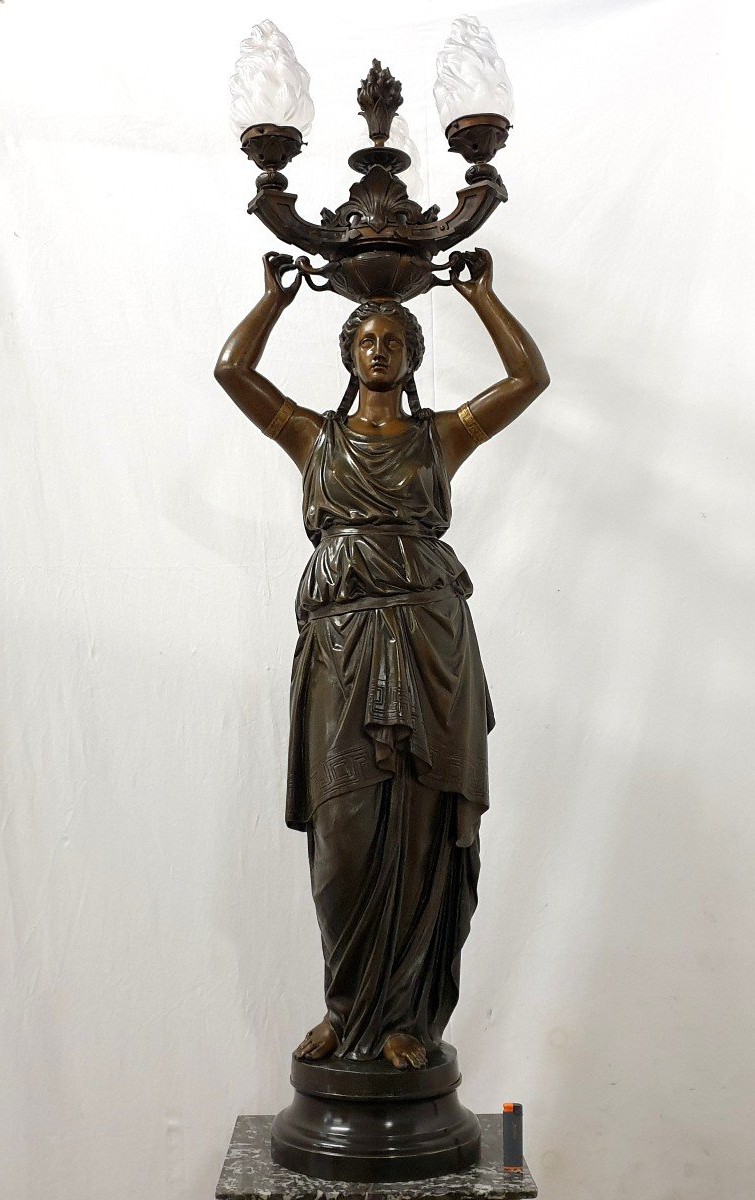 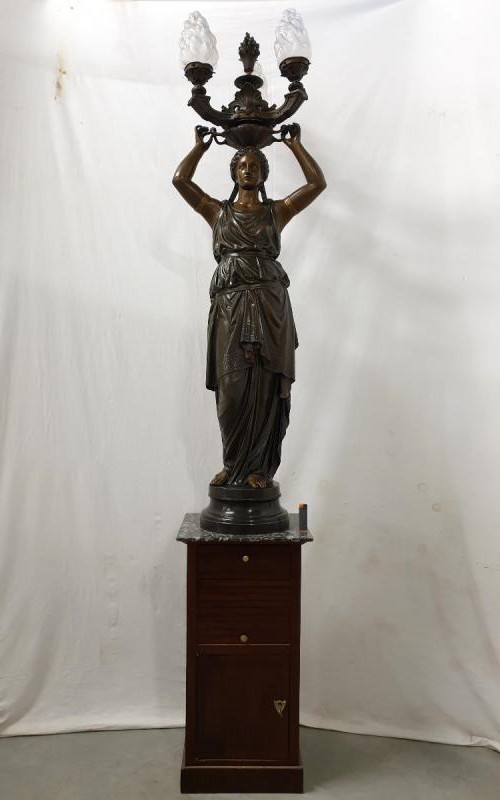 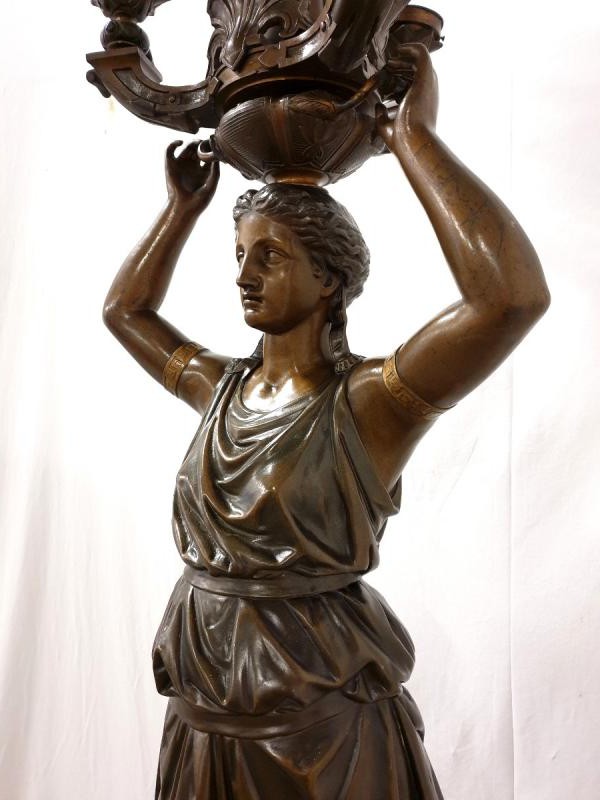 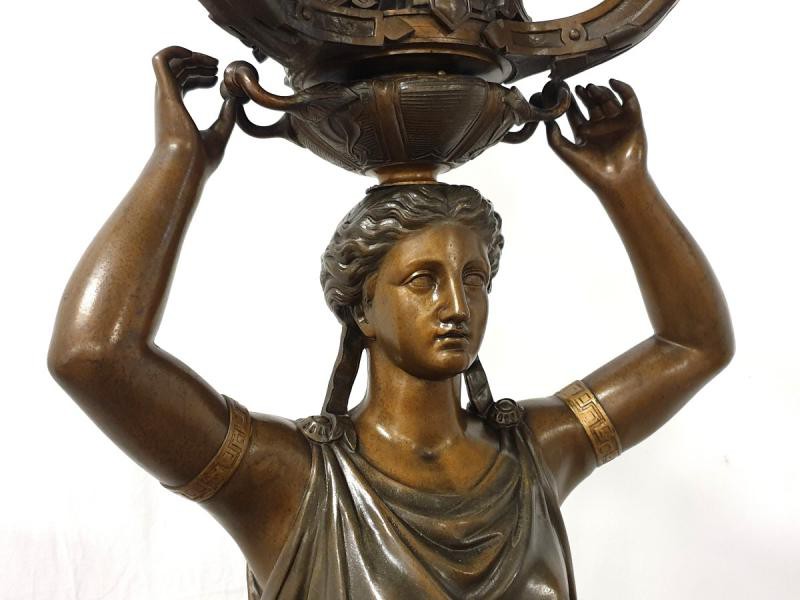 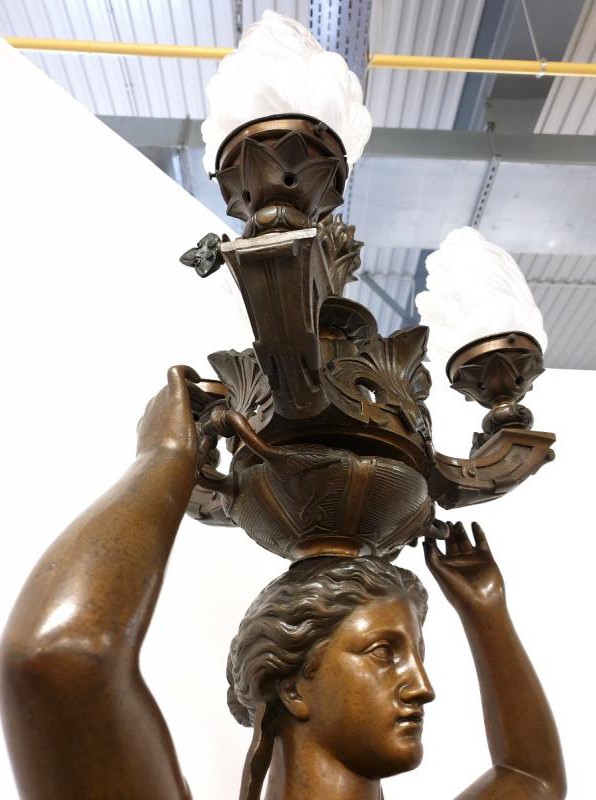 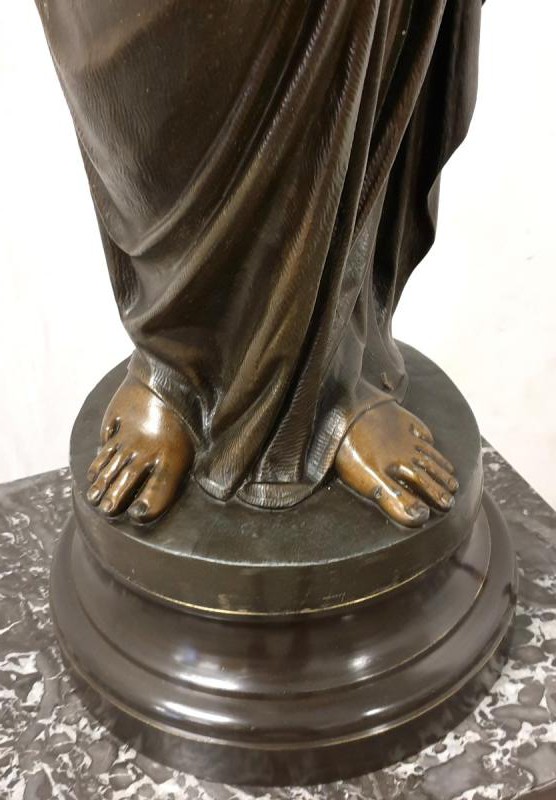 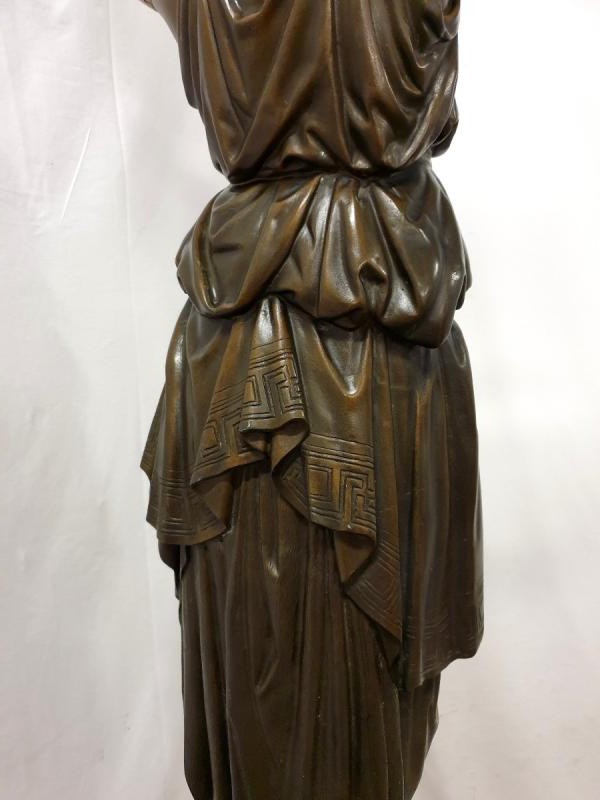 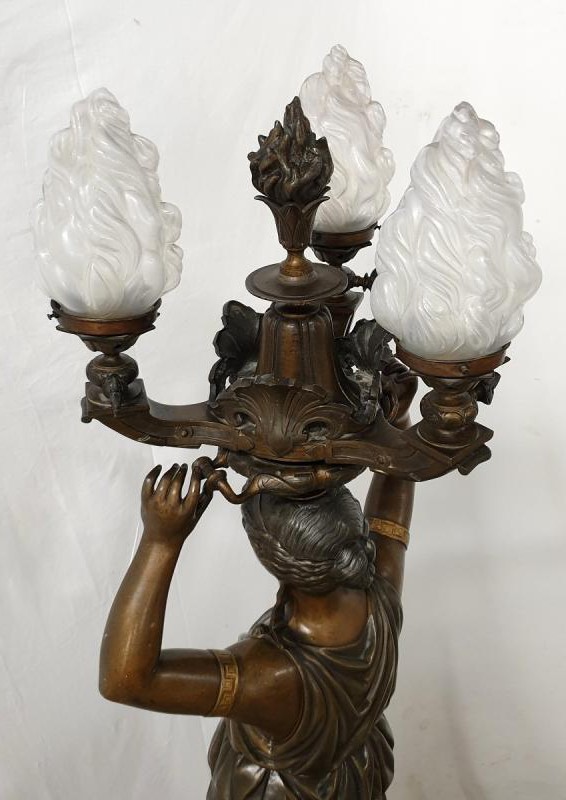 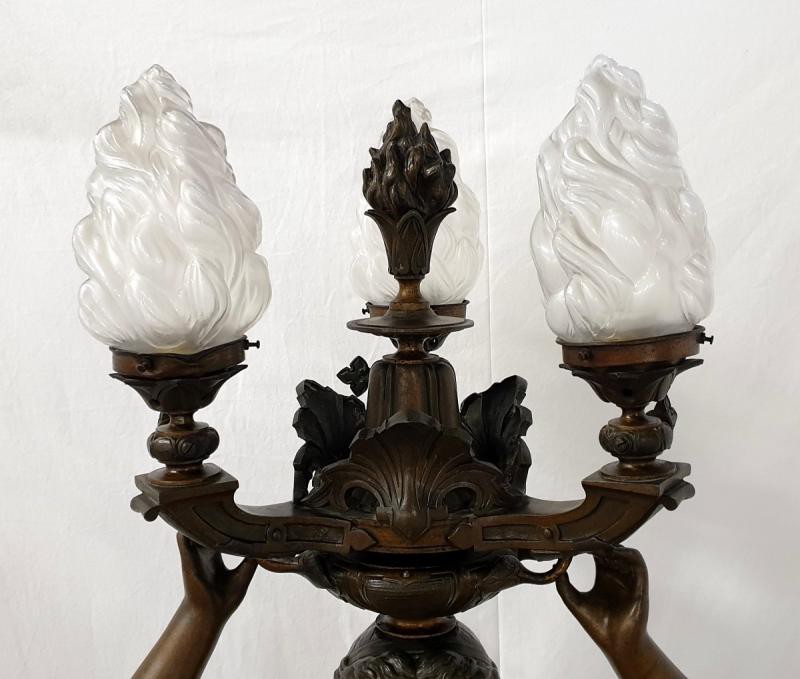 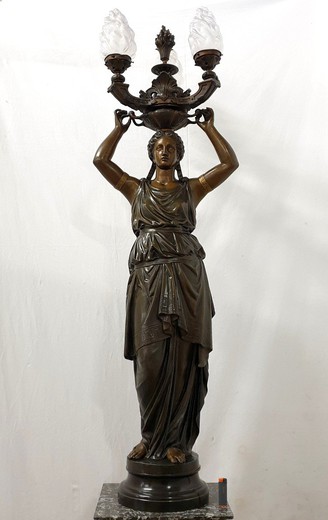 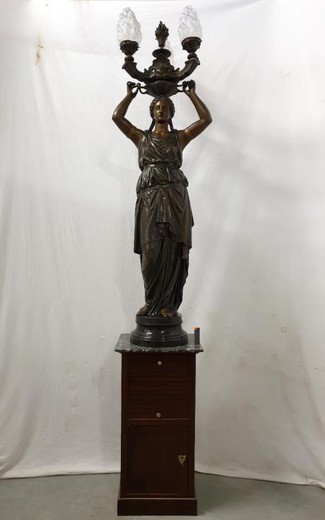 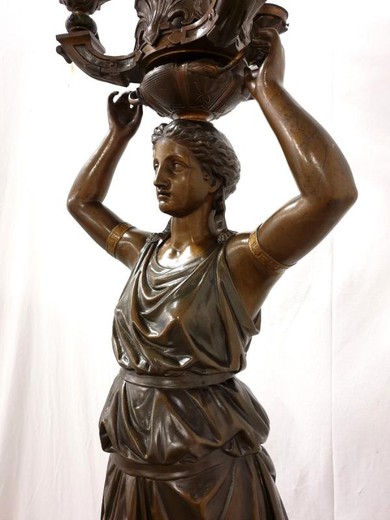 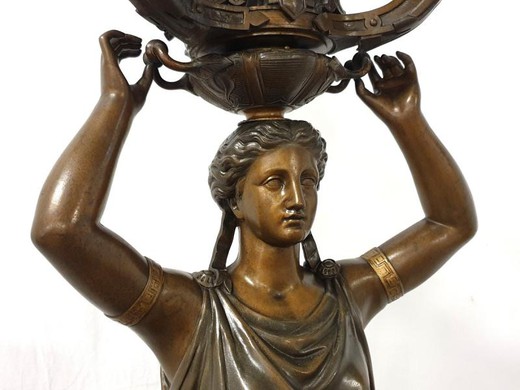 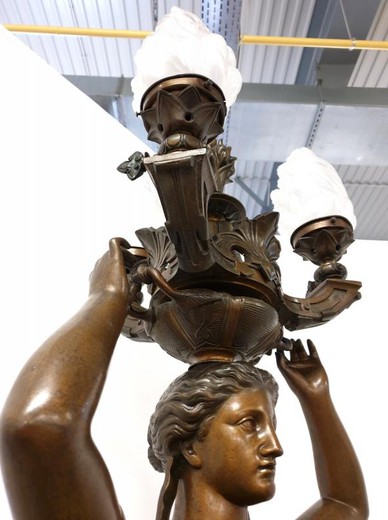 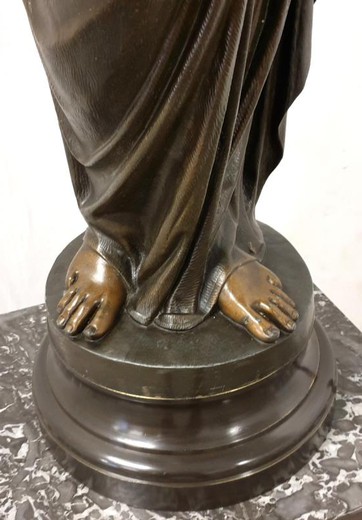 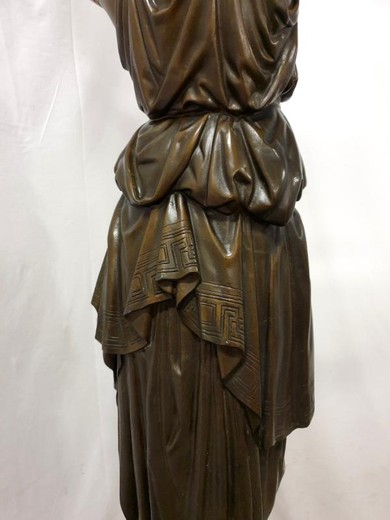 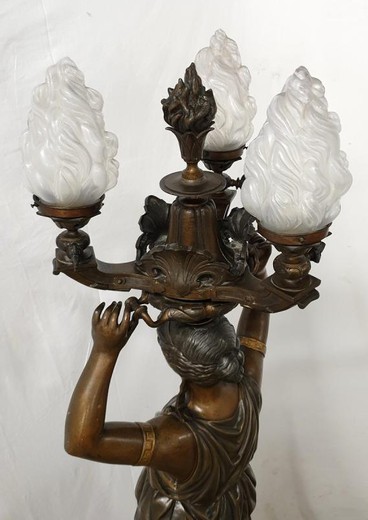 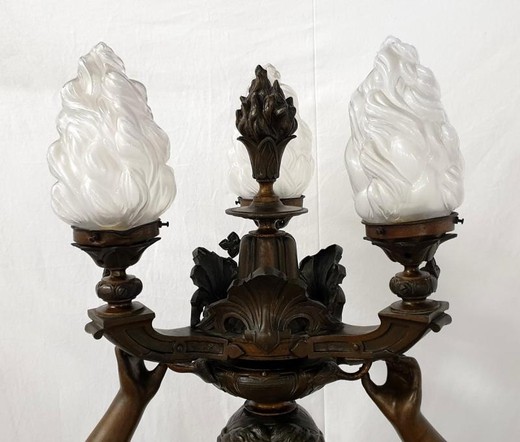 A rare floor lamp, made in the form of a caryatid holding a vessel of fire above its head. The caryatid is depicted in a canonical form: a girl dressed in rich clothes with drapery, holding a vessel of fire with her hands, standing on her head. From a vessel with a torch standing on her head, three lamps-light points-come out. Initially, it was a redneck gas floor lamp, but in the first half of the twentieth century it was converted into an electric one. France, XIX century.