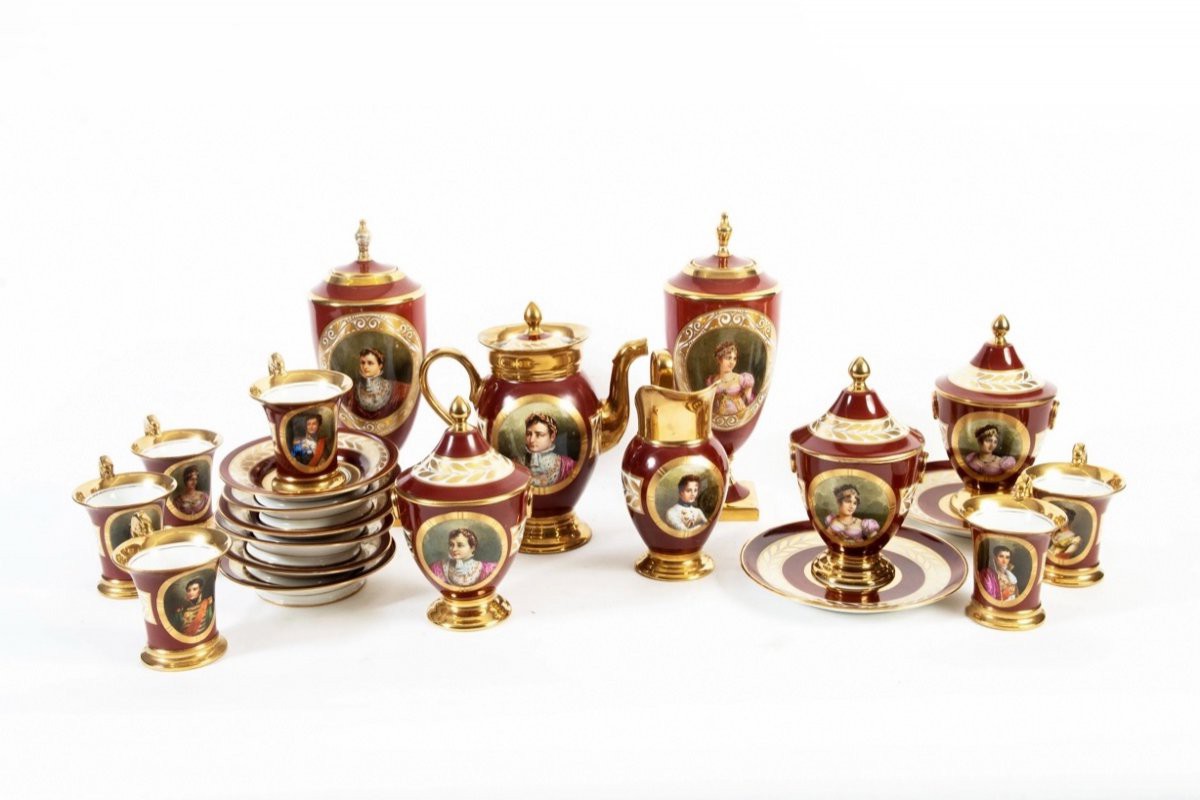 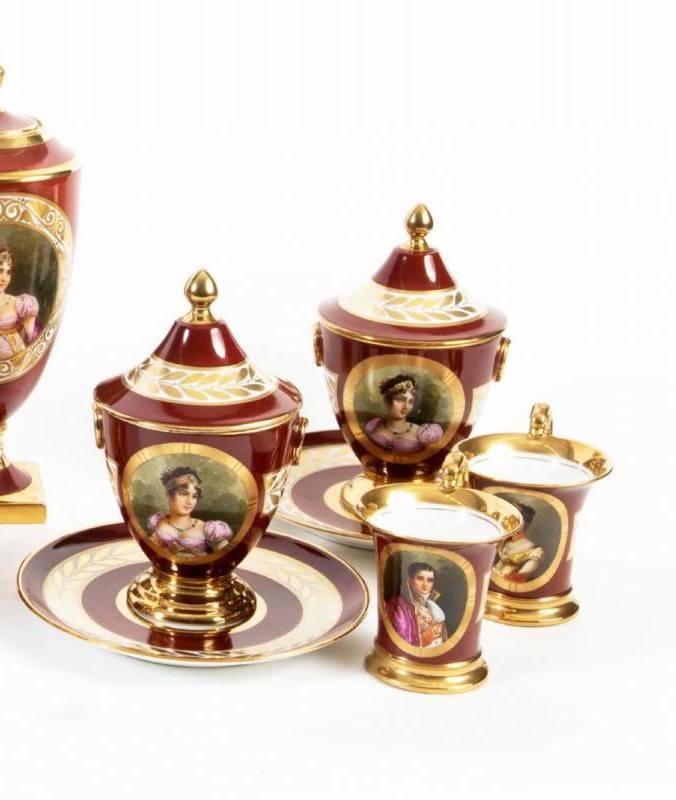 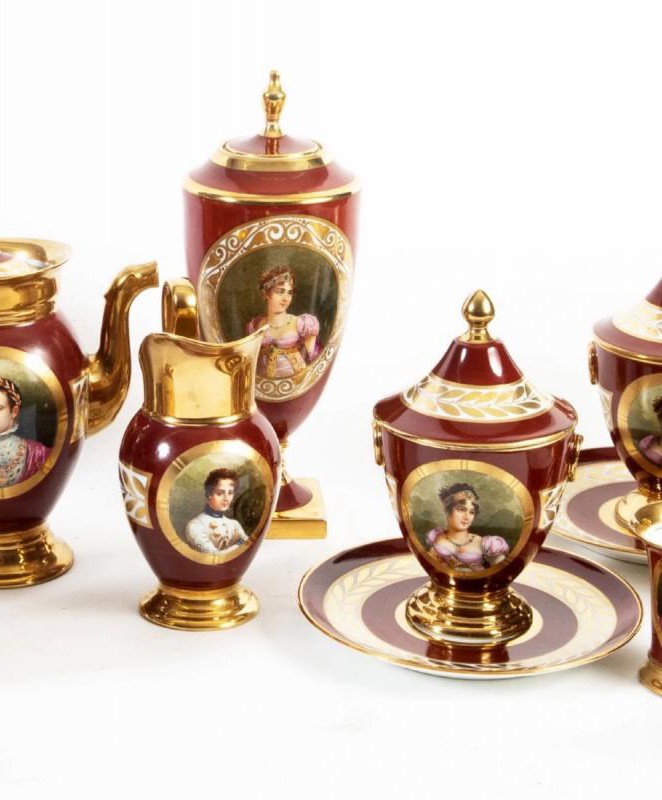 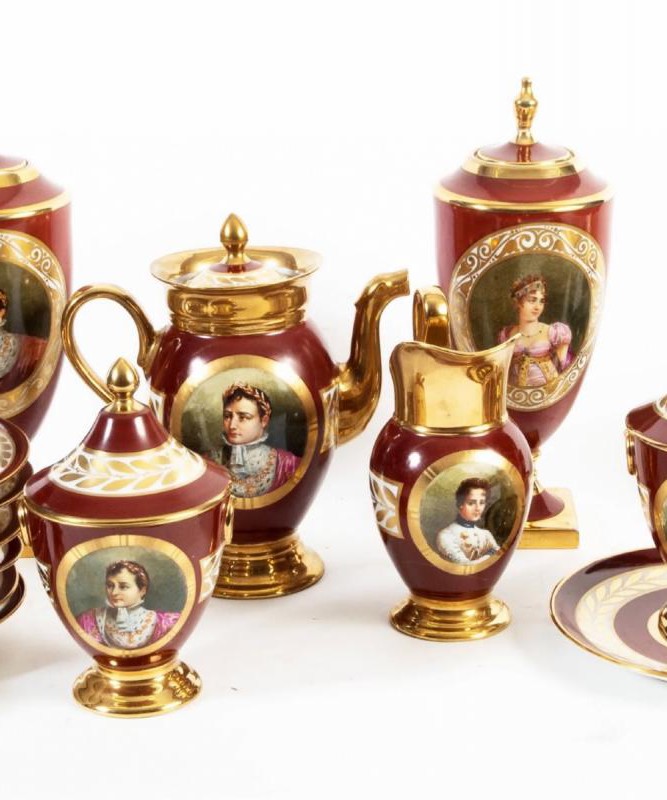 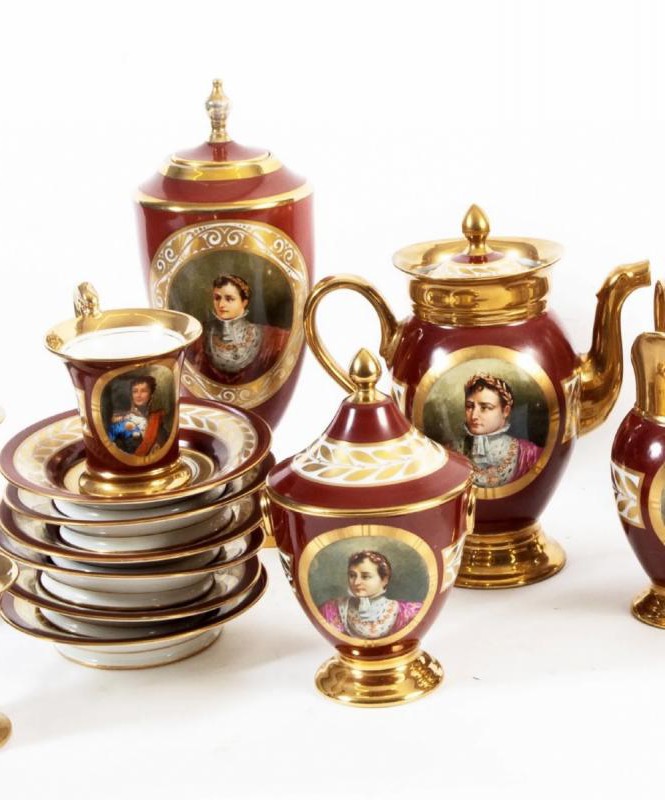 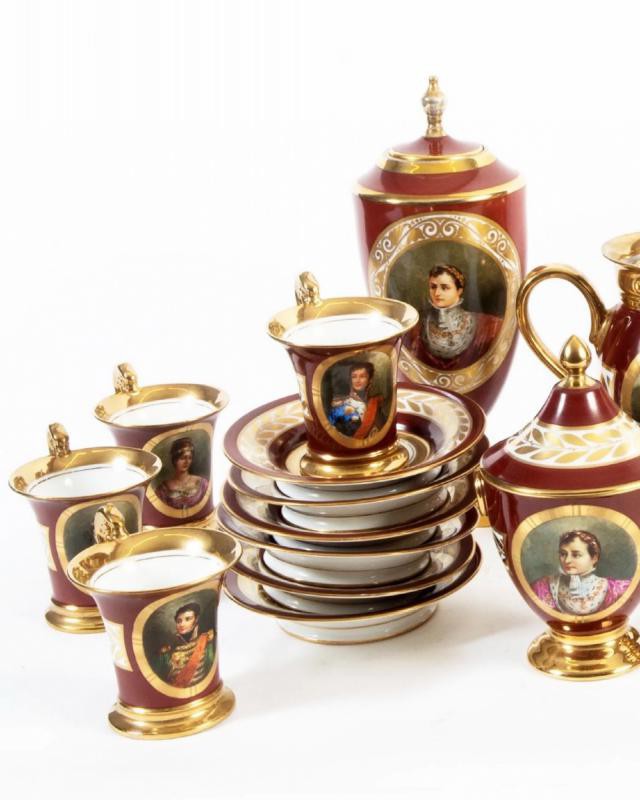 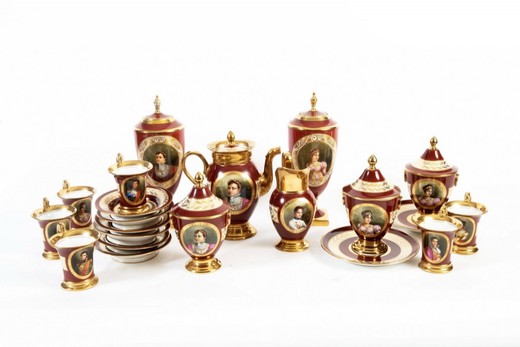 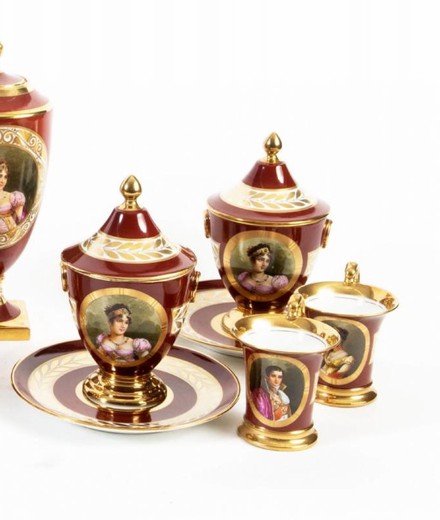 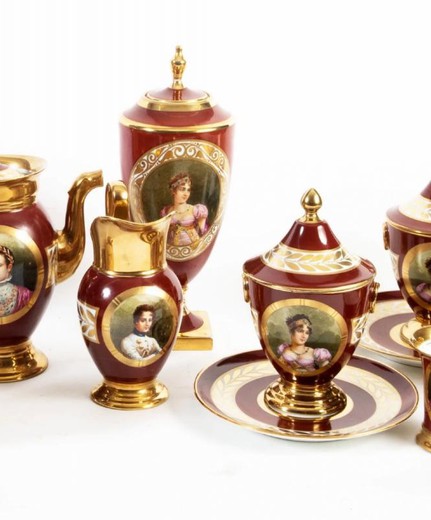 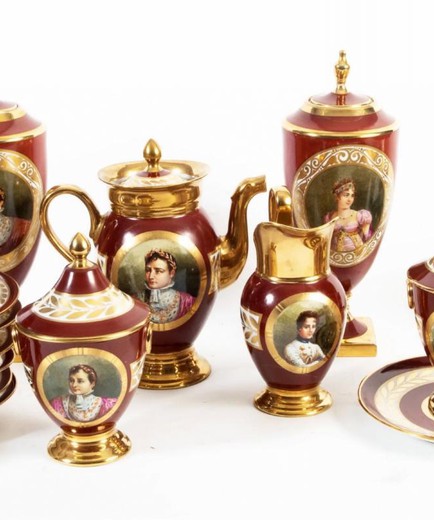 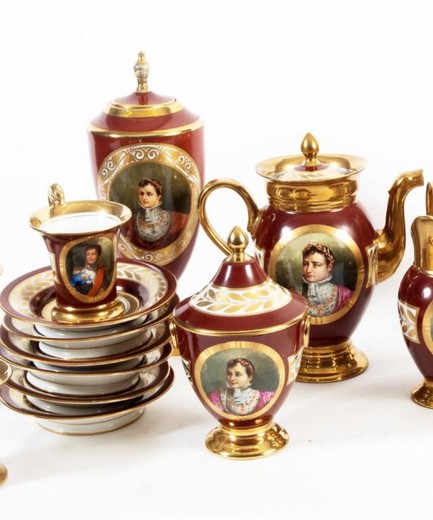 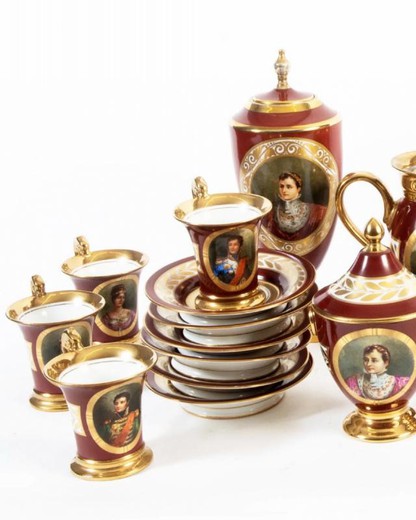 Antique coffee service made of porcelain. The set was made at the Sevres manufactory. France, XIX century.

The Sevres Porcelain Manufactory is one of the most famous European porcelain factories. Initially, since 1740, the production was located in the suburb of Paris Vincennes and was under the auspices of Louis XV and Madame de Pompadour. In 1756, the factory was transported to Sevres and three years later it was awarded the status of a royal porcelain manufactory. The best European artists, carvers and fashion designers were invited to the factory, they constantly improved and complicated the shape of products, painting, invented new colors: "yellow daffodil", "royal blue", "pink Pompadour". The king's active support allowed the factory to create real works of art that are still valued today.

In section:
miscellaneous, tableware, other, gifts, for leaders