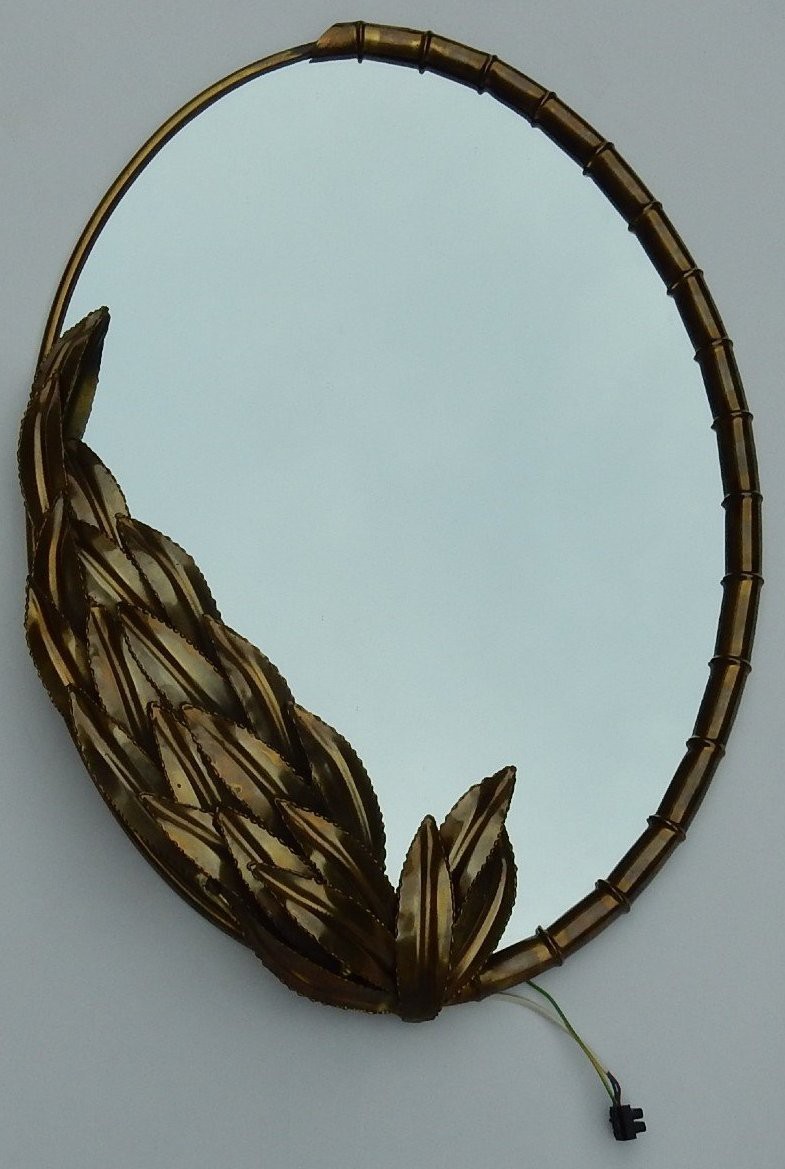 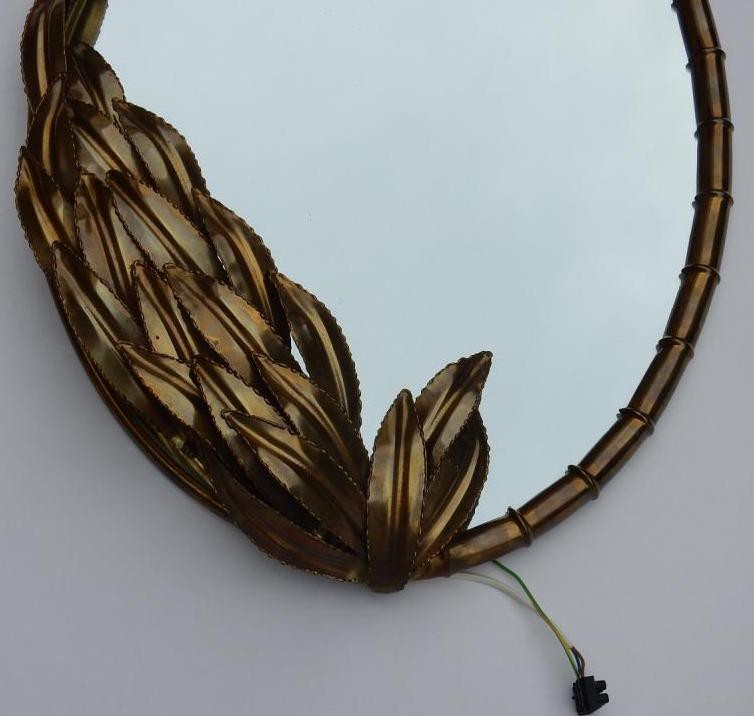 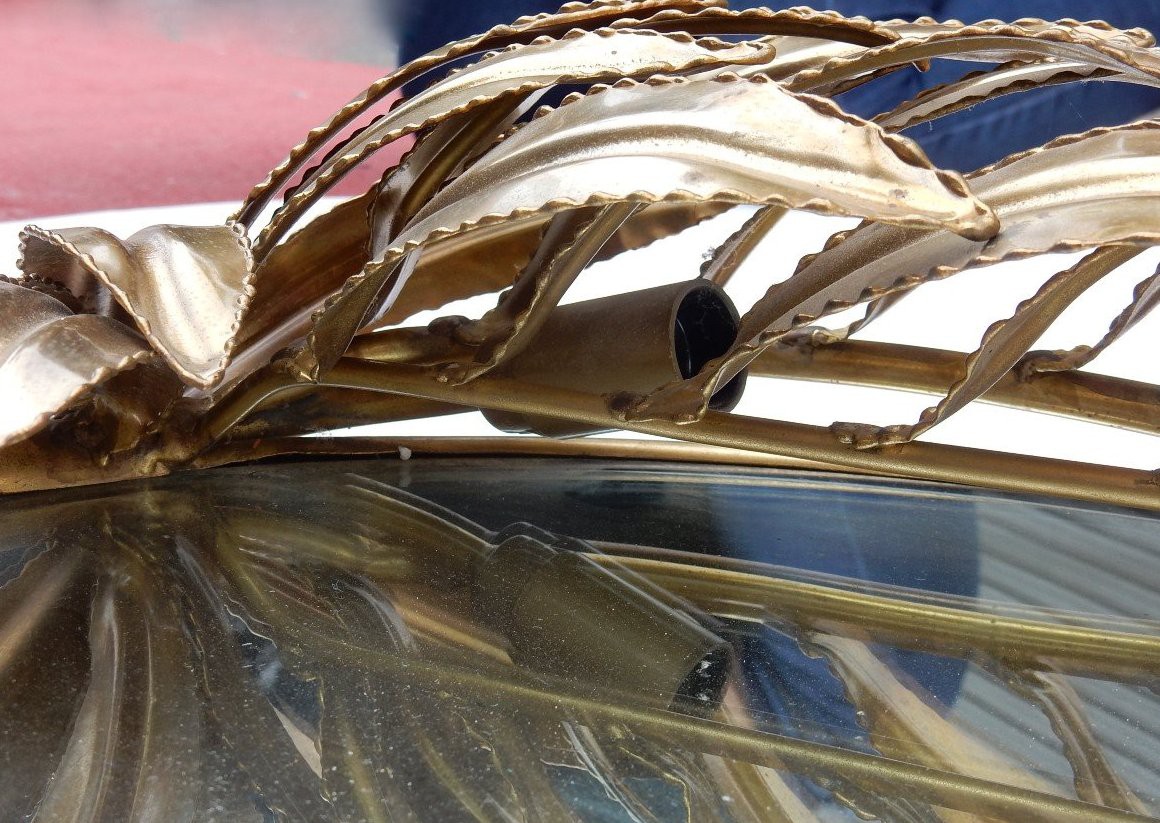 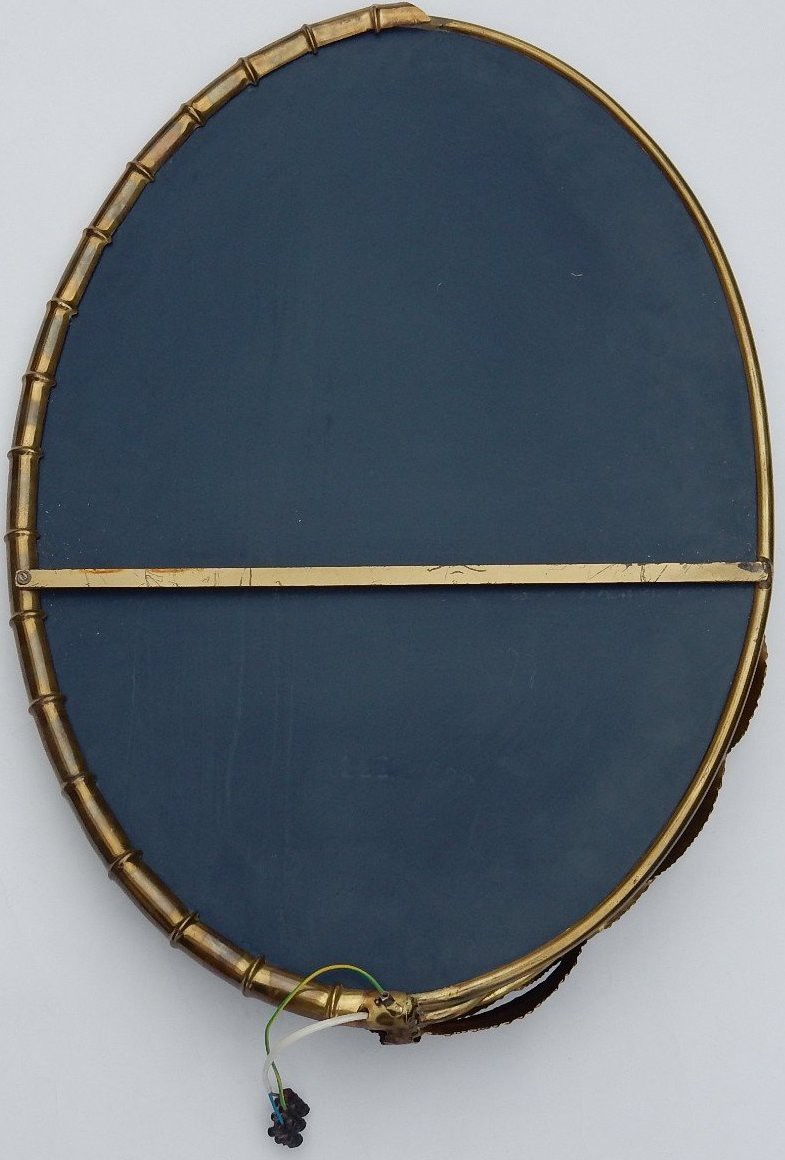 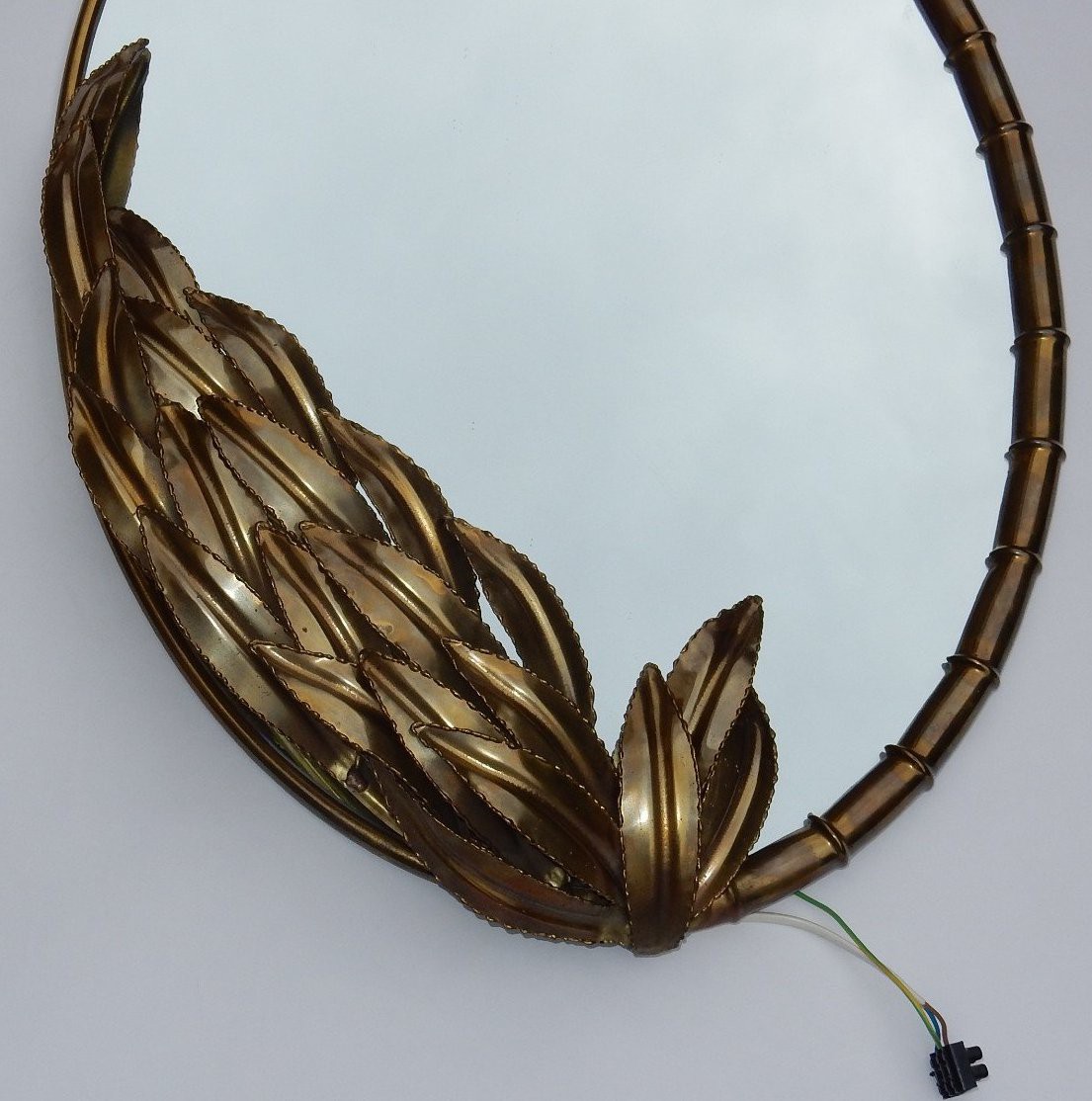 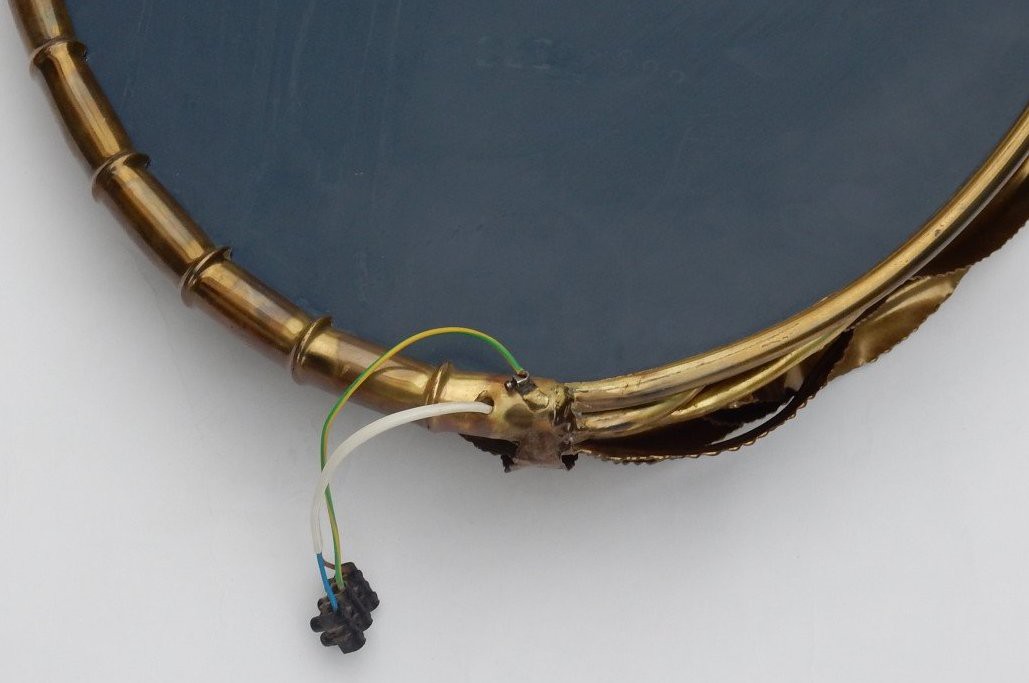 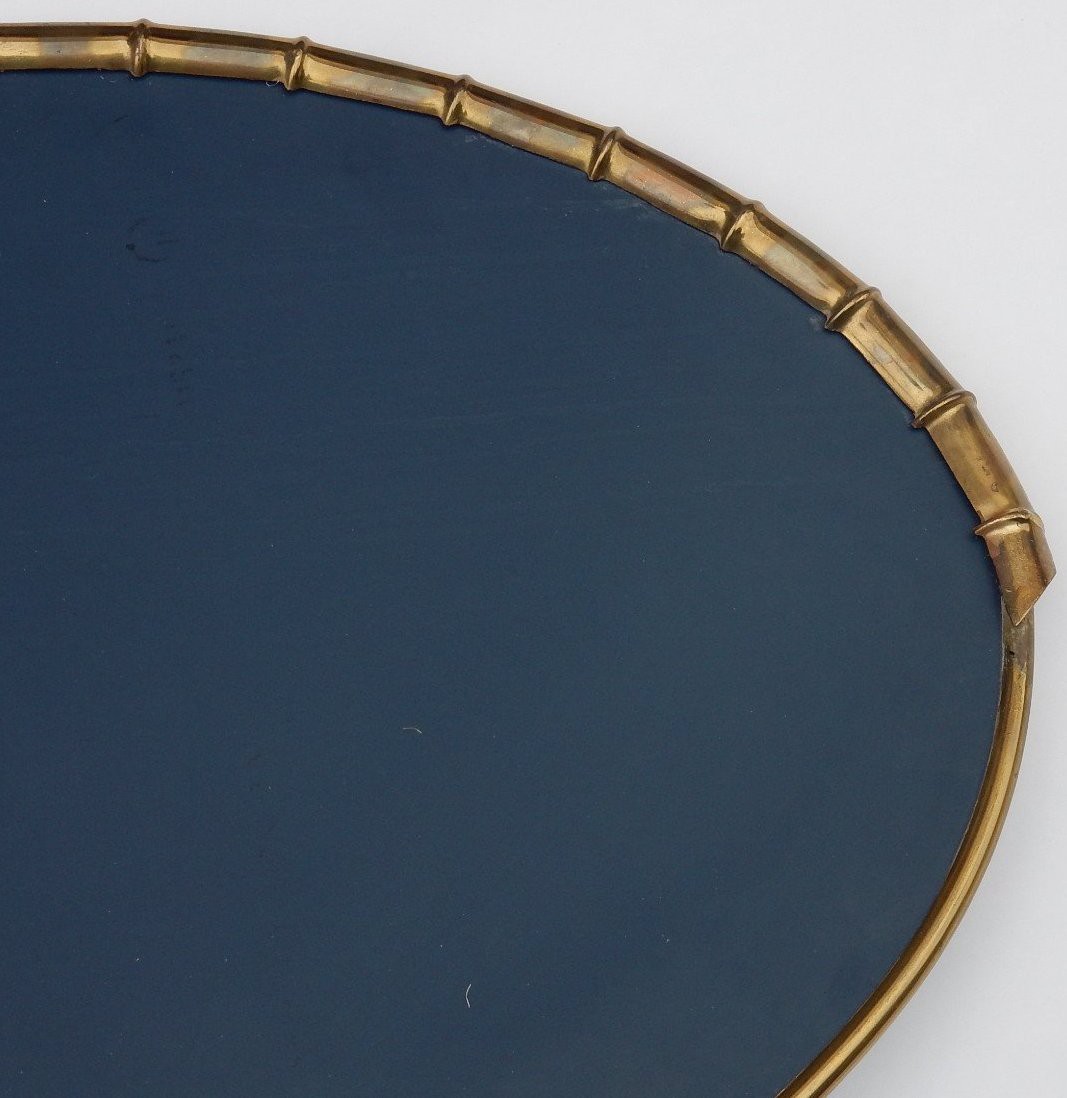 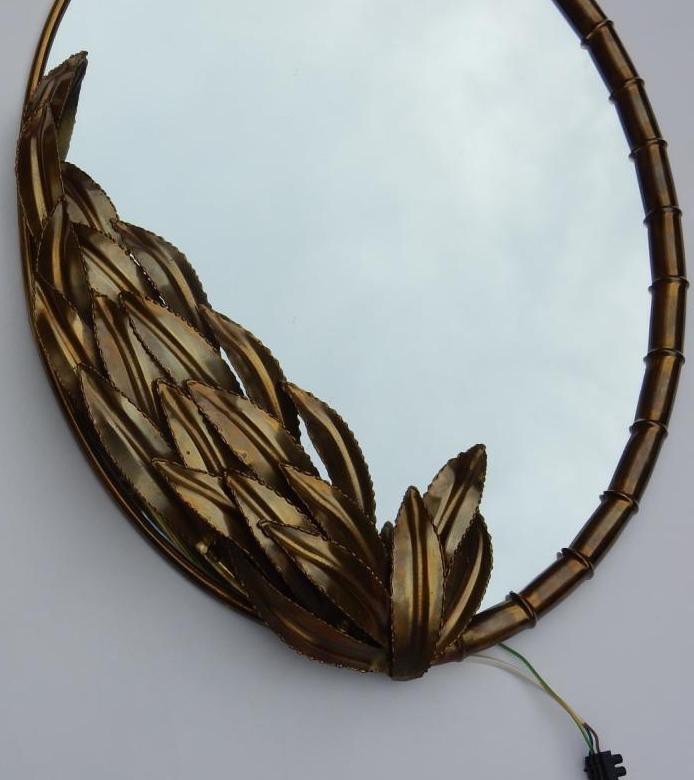 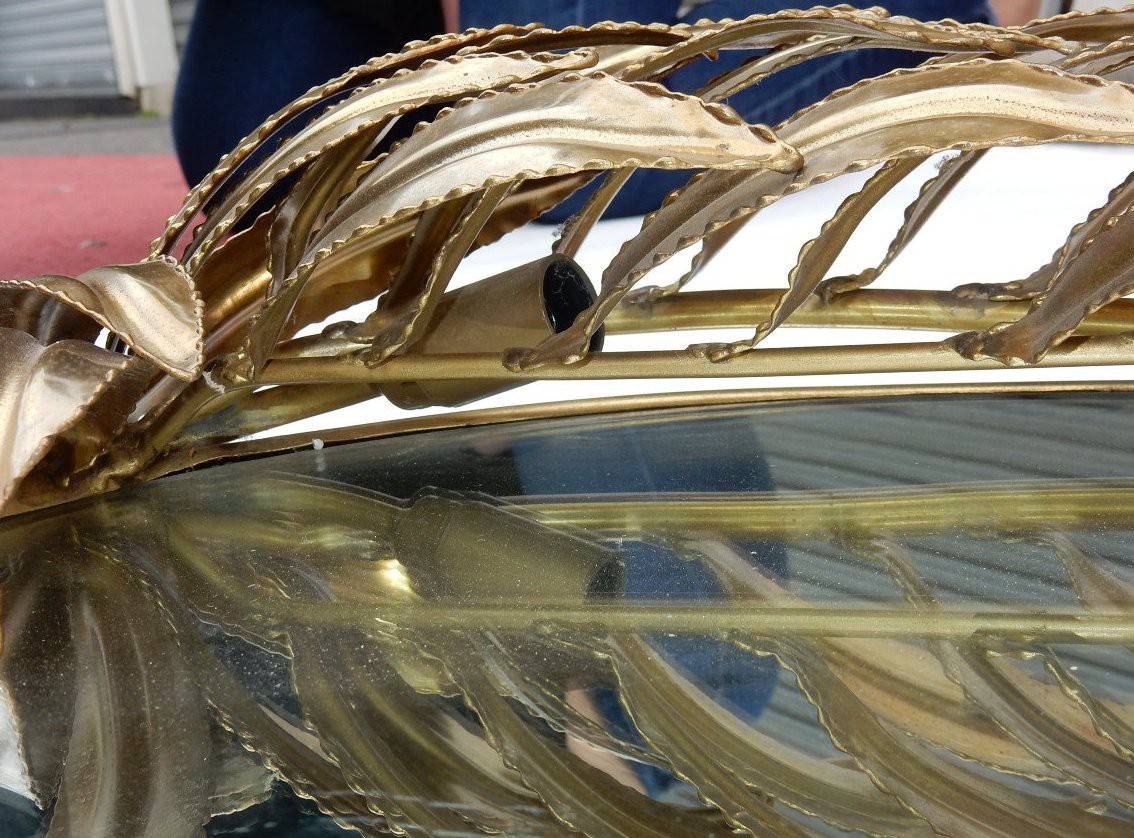 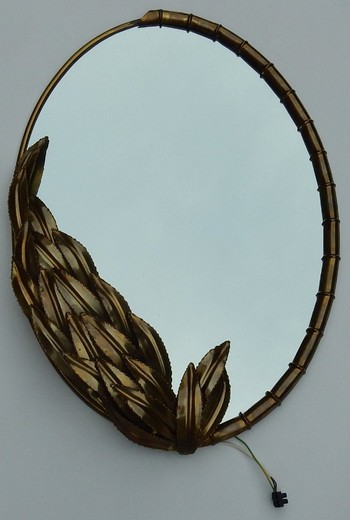 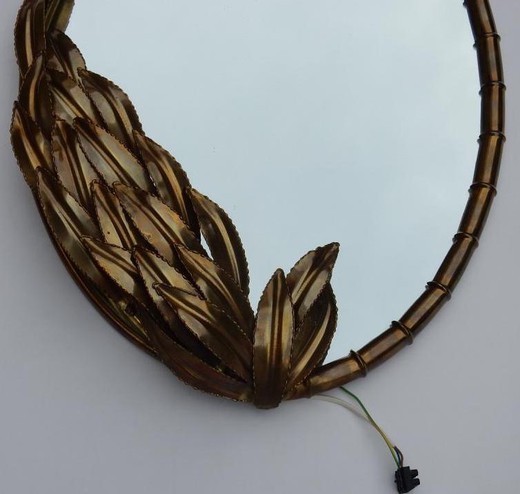 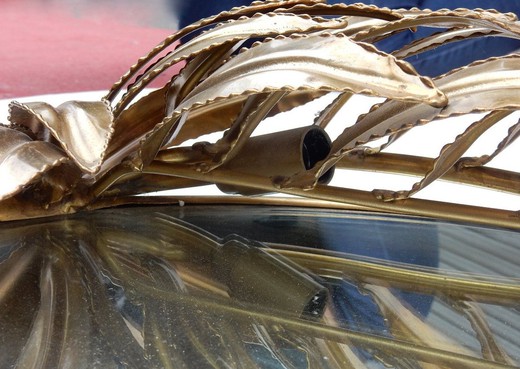 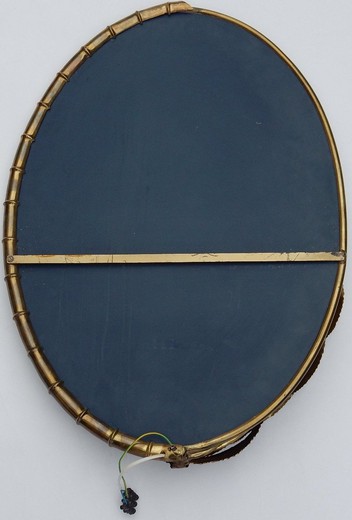 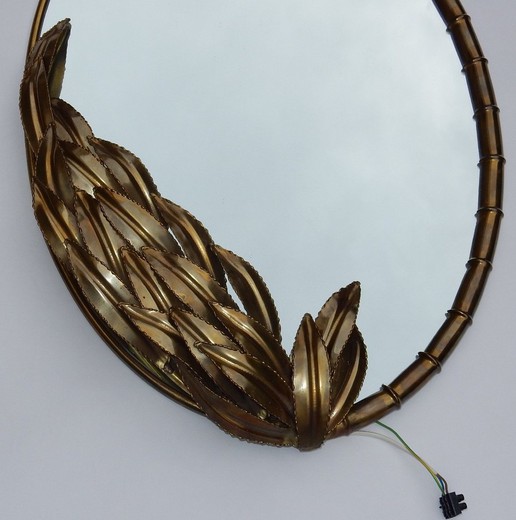 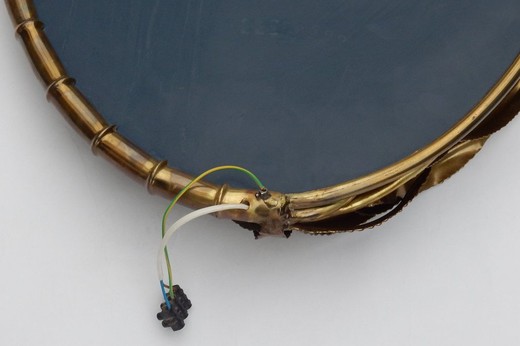 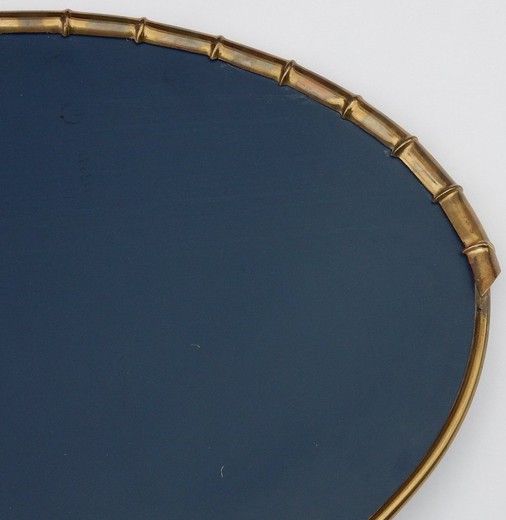 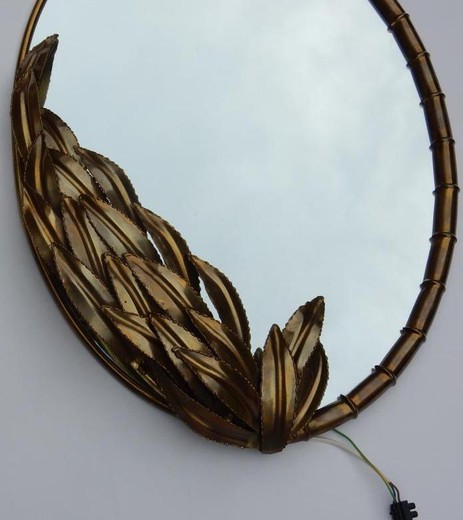 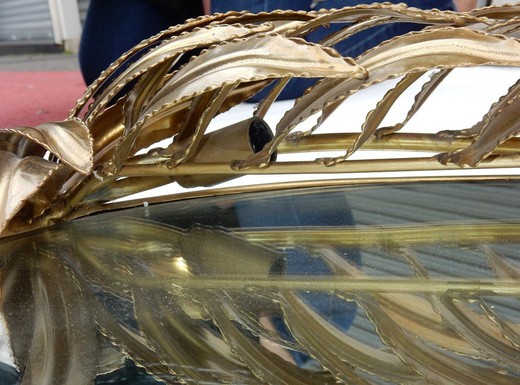 A vintage mirror in a bronze frame in the form of a bamboo stem and foliage is equipped with a single light point. Made in the style of Jacques Duval-Brasseur . France, ca 1970.Jacques Duval-Brassel is a French sculptor, artist and furniture designer. At the age of 17, he moved away from his family to study at the Les Beaux Arts school in Cherbourg, France. Ten years later, he received a degree and began to create his first works with elements of nature and experiment with the combination of various materials. The starting point for the master was in 1969, when his works were presented at the Maison & Jardin Galerie in Paris. It was after that that he began to receive large orders from collectors.