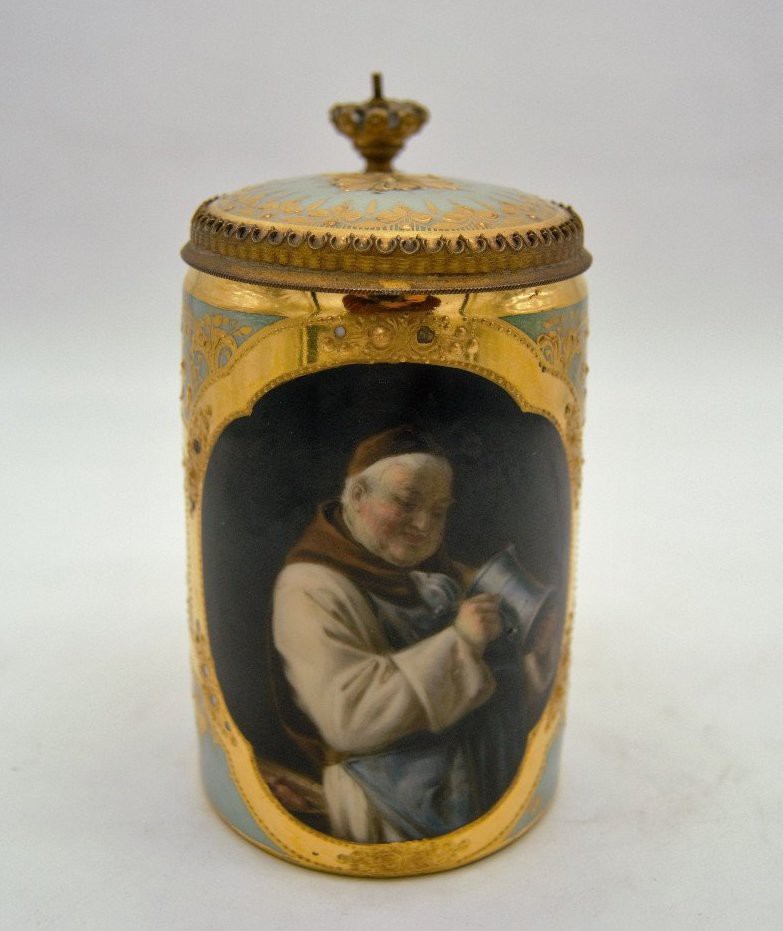 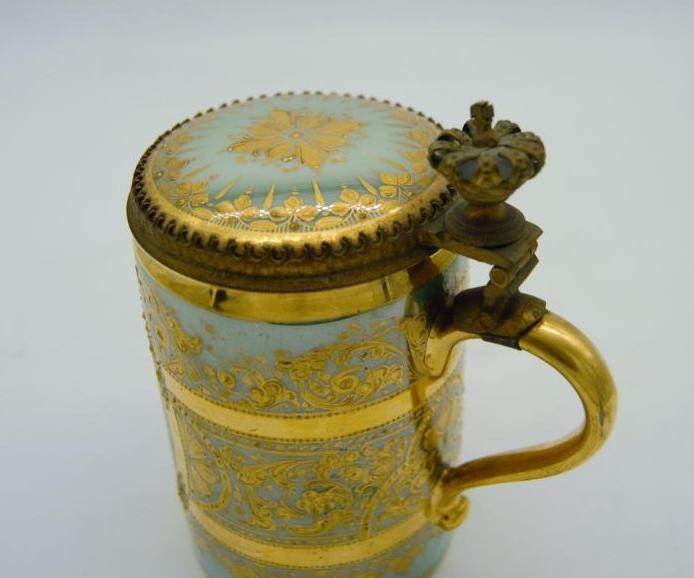 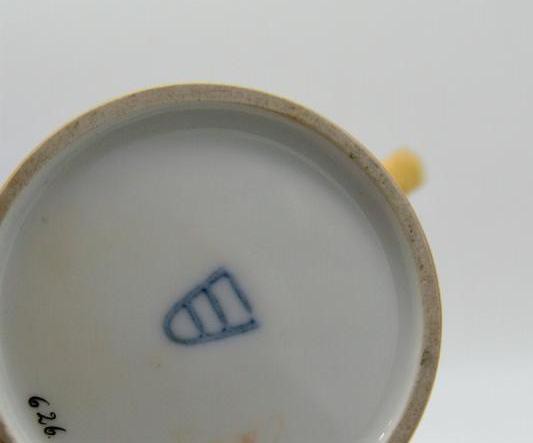 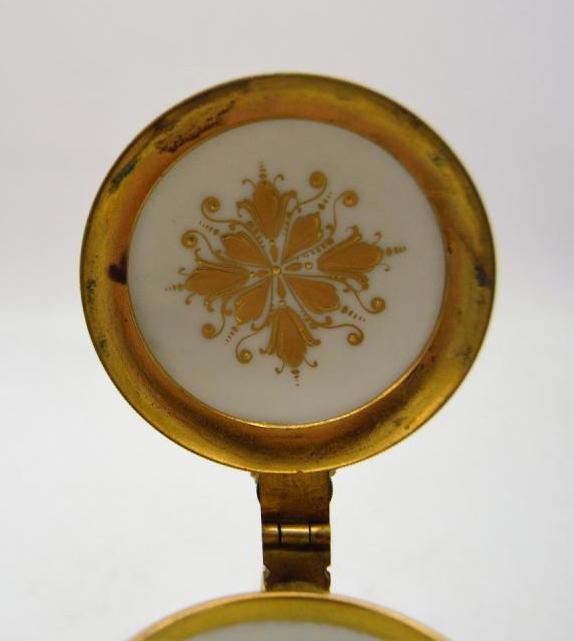 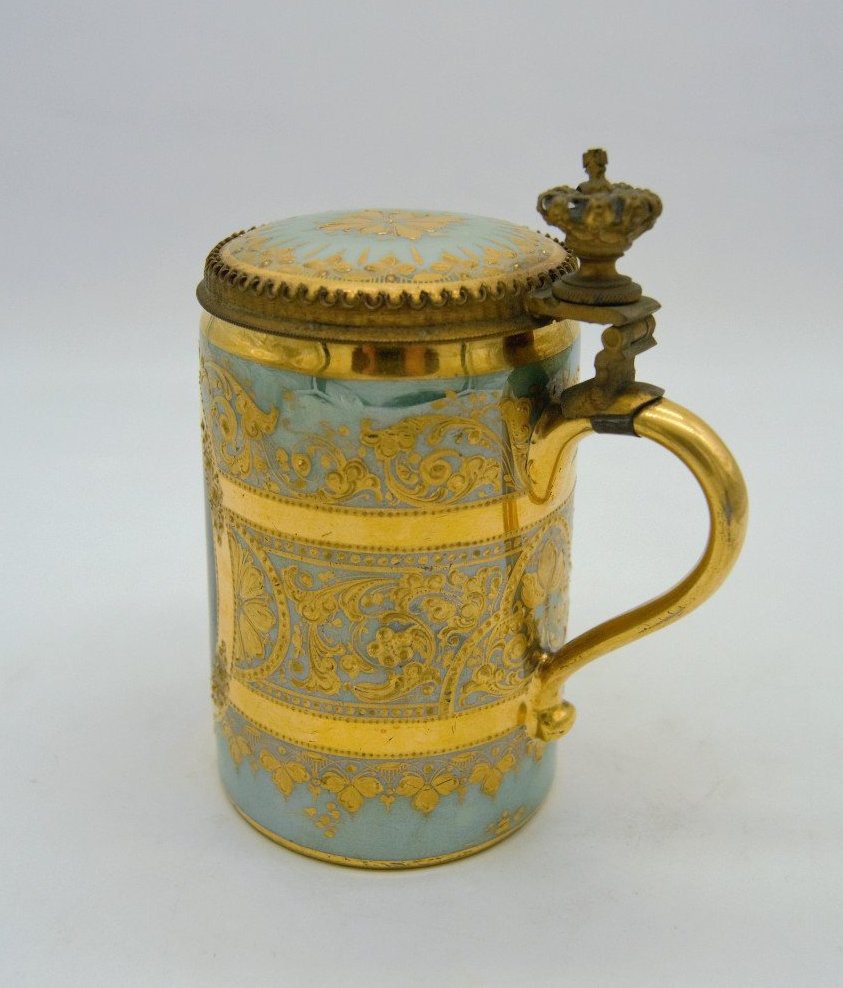 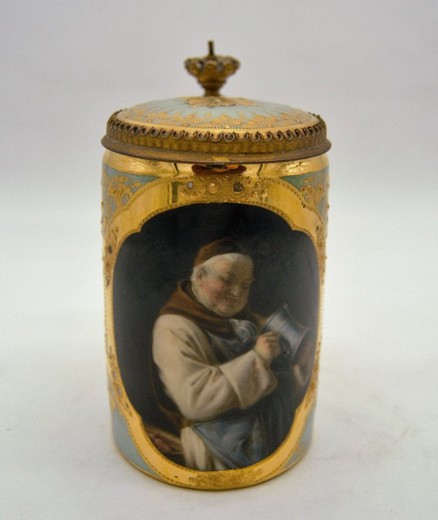 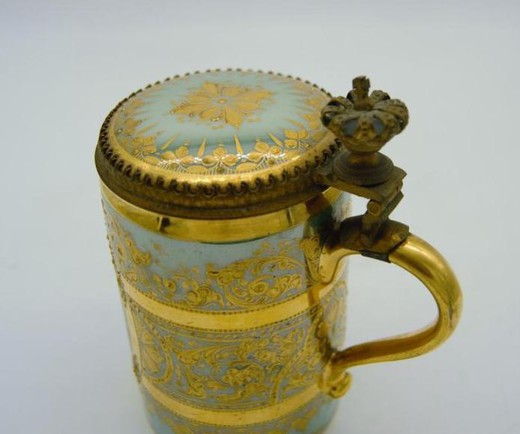 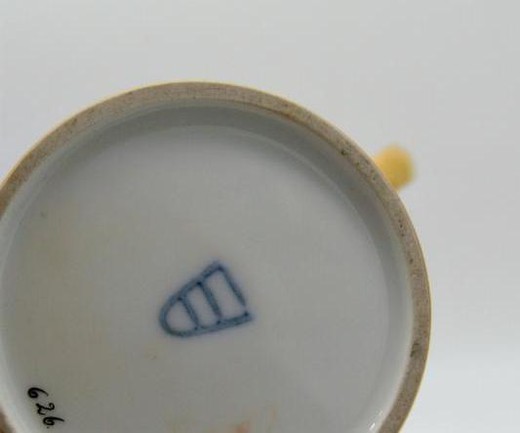 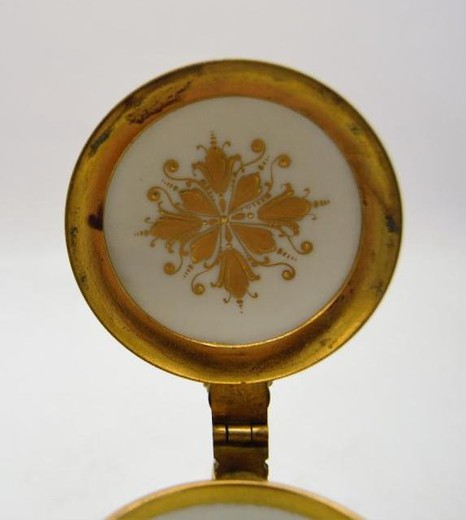 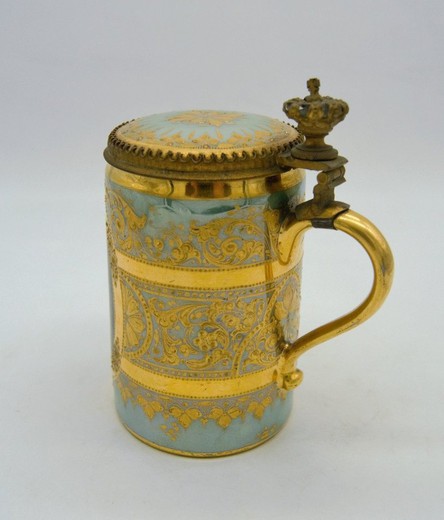 Antique mug in the style of Louis XVI. It is made of porcelain. The mug is decorated with a medallion with a truly perfect artistic image of a monk and a repeating openwork gold ornament. The mechanism that lifts the lid is made in the form of a gilded crown. At the bottom of the product there is a stamp of the Vienna Royal Manufactory. Austria, XIX century.

The Vienna Royal Porcelain Manufactory was founded in 1718 and became the second largest and most important after Mason. It was under the jurisdiction of the imperial court and under the rule of Maria Theresa received the status of "Imperial State Manufactory of Vienna". The main and main trump card of the manufactory was highly artistic painting on porcelain. Only those masters and artists who graduated with honors from the Vienna Academy of Arts could work in the production. All the products of the manufactory were distinguished by the richness and nobility of the decor.