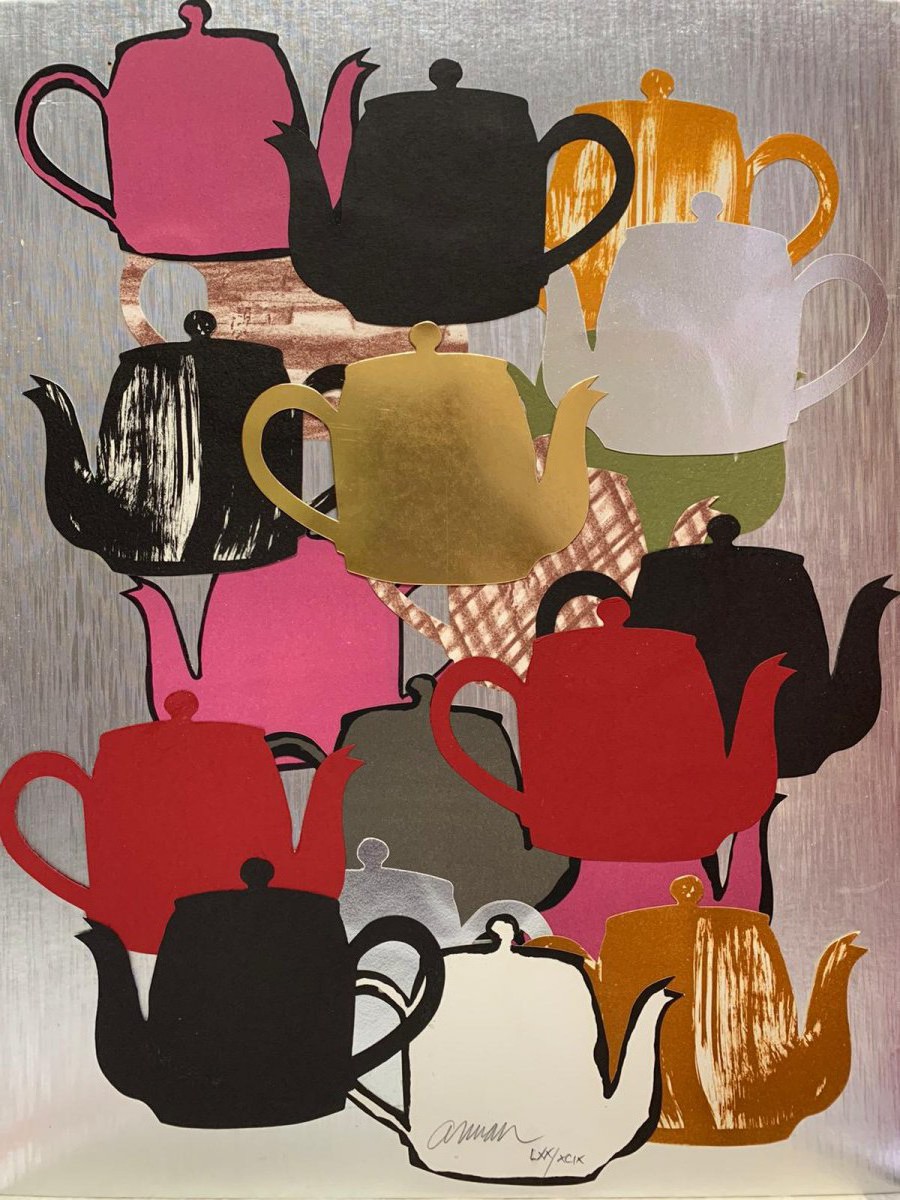 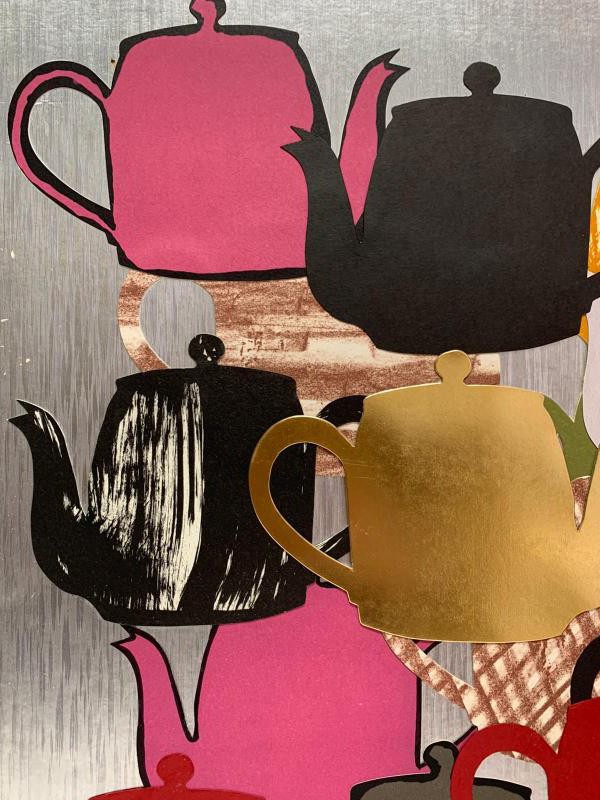 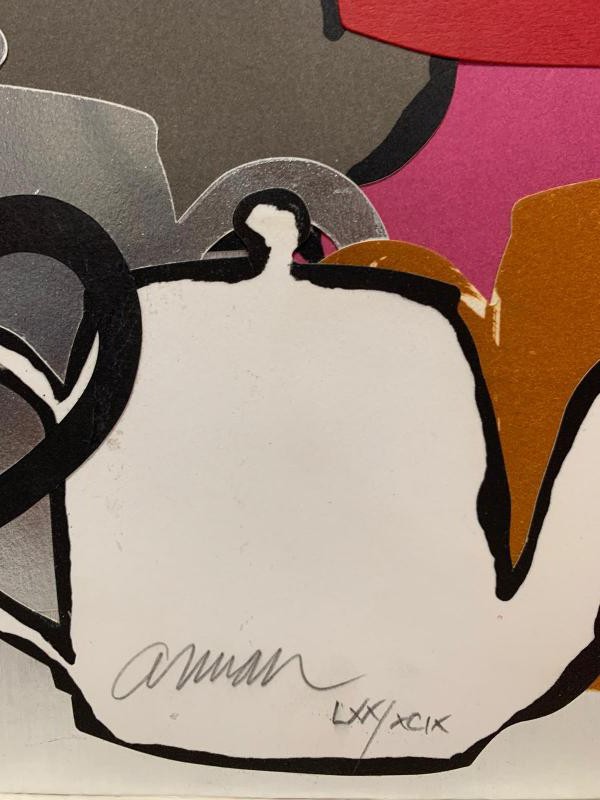 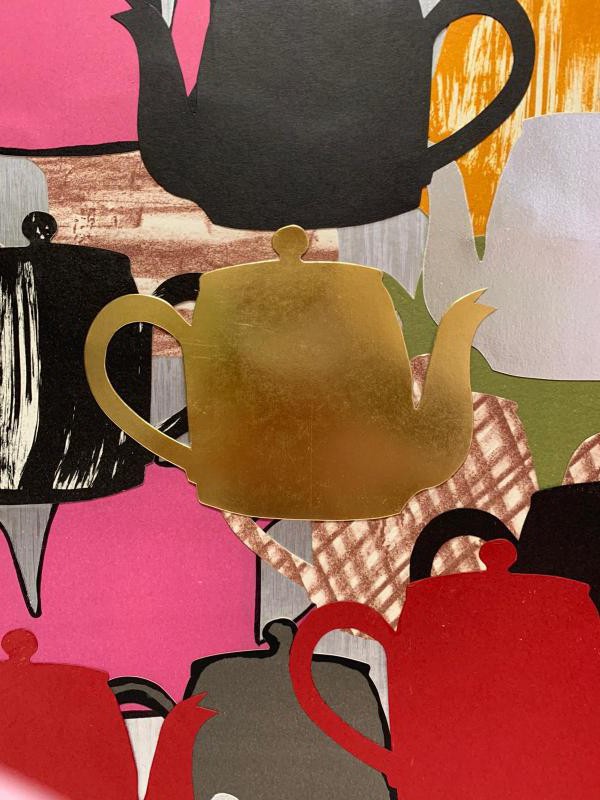 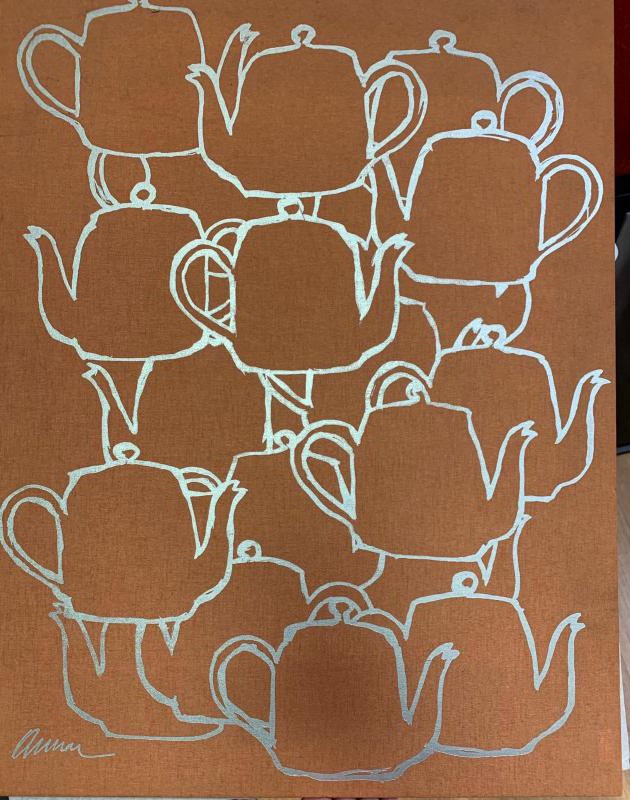 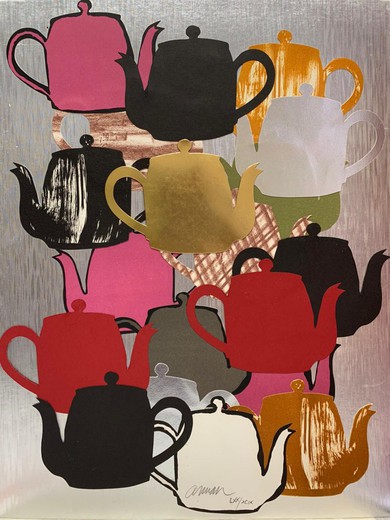 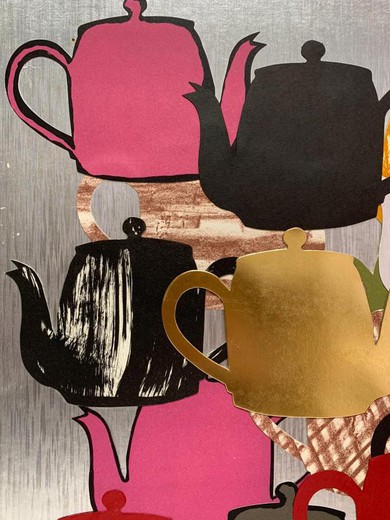 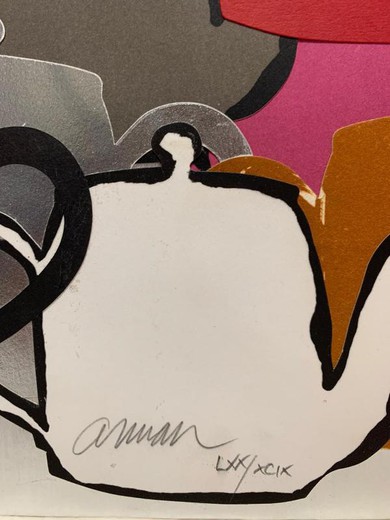 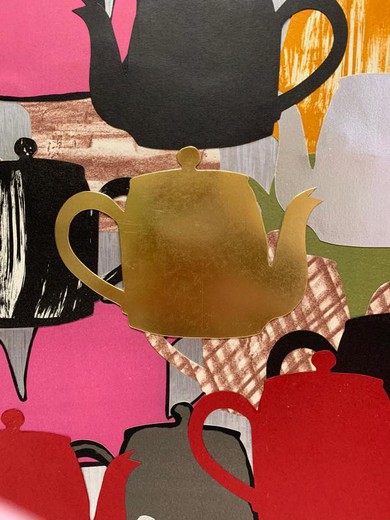 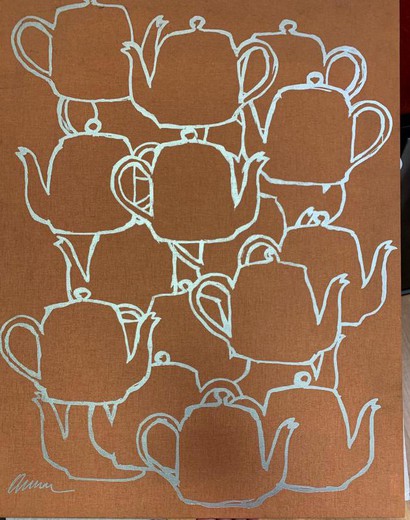 Vintage composition "Teapots", a beautiful and bright collage, which can perfectly fit into your interior and become a memorable accent in the overall style of the room. The work is signed by the author and packed in the original box. United States, 20th century.

Armand - real name Armand Pierre Fernandez (1928-2005) is a shocking American artist of French origin. Moving to the United States, Armand becomes the only contemporary French artist widely known in America. The artist is one of the founders of the new realism. Arman's works can be seen in various parts of our planet. In front of the building of the Lincoln Center in New York, in Beirut, in the Korean city of Chonan. One of Arman's monumental compositions stands in the artist's homeland in the Elysee Palace - the residence of the President of France. The French office awarded Arman with many orders and made him an even more popular French artist on the world market. Even after his death, the scandalous artist did not change himself and on his grave there is a sign with the inscription - "At last one!" and signature.