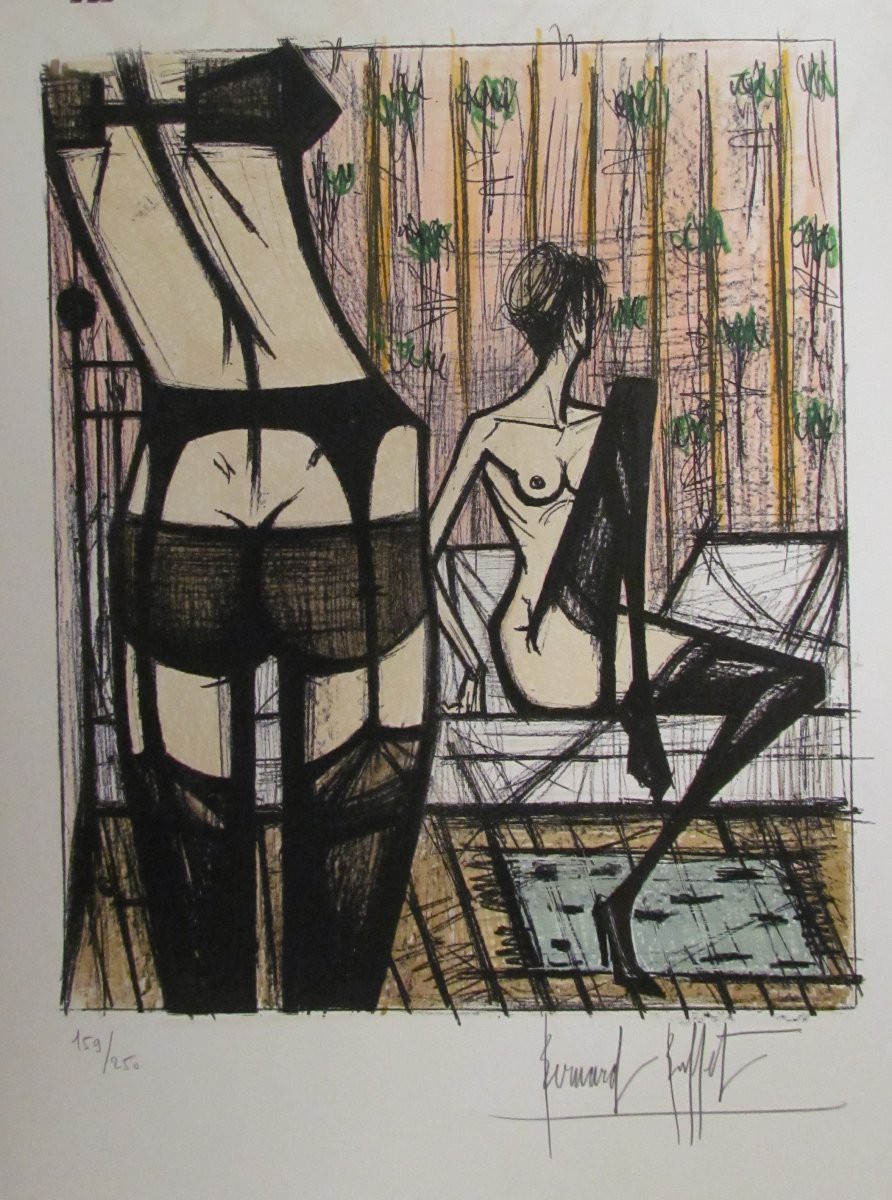 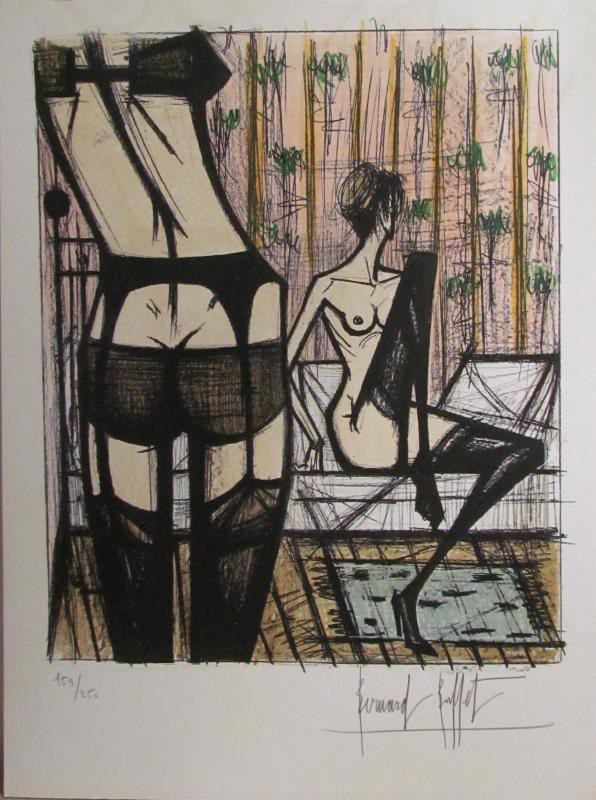 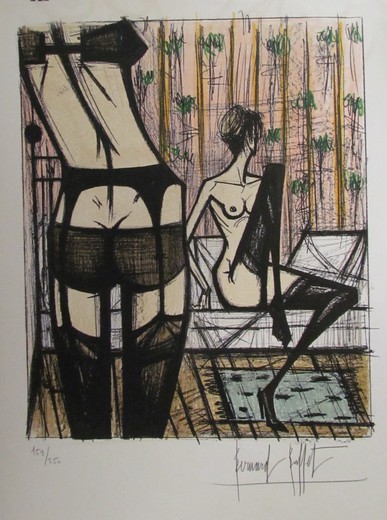 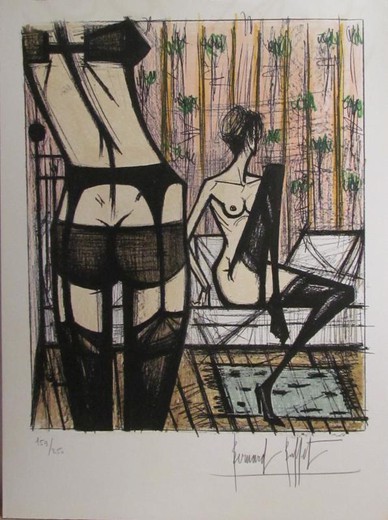 Bernard Buffet (1928 - 1999) is a French expressionist painter and member of the anti-abstract art group. The creator of a distinctive style that combines modernism with salon art. Born in Paris, France. Graduated from the National High School of Fine Arts. In 1955, he was awarded the first prize by the Connaissance des Arts magazine, which named the ten best post-war artists. In 1958, at the age of 30, the Charpentier Gallery hosted the first retrospective of his work. By 1973 he was named "Knight of the Legion of Honor". The peak in popularity of the author's works was in the 1950s and 1960s. Died Buffet in Tourtour on October 4, 1999, committing suicide.