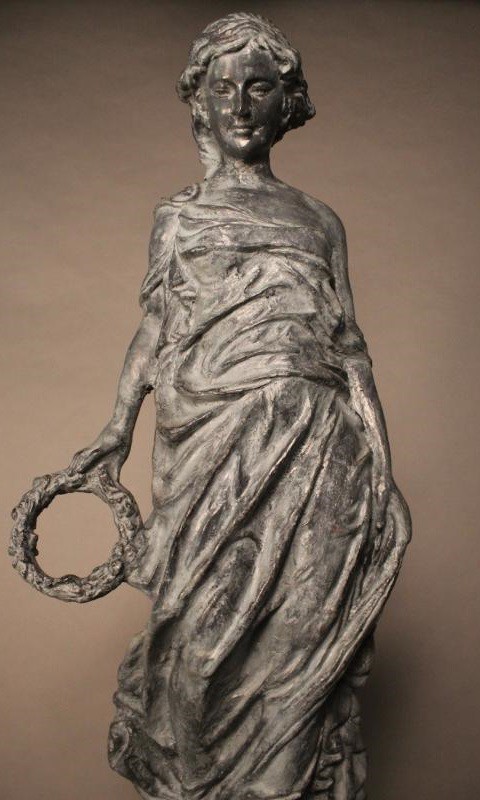 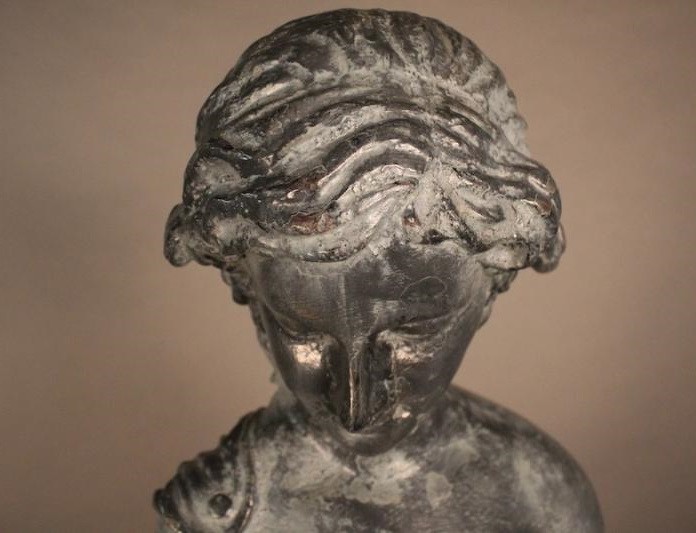 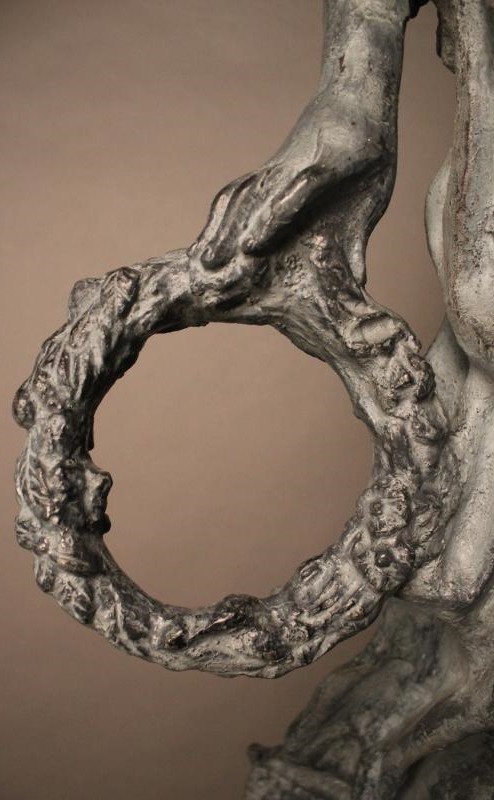 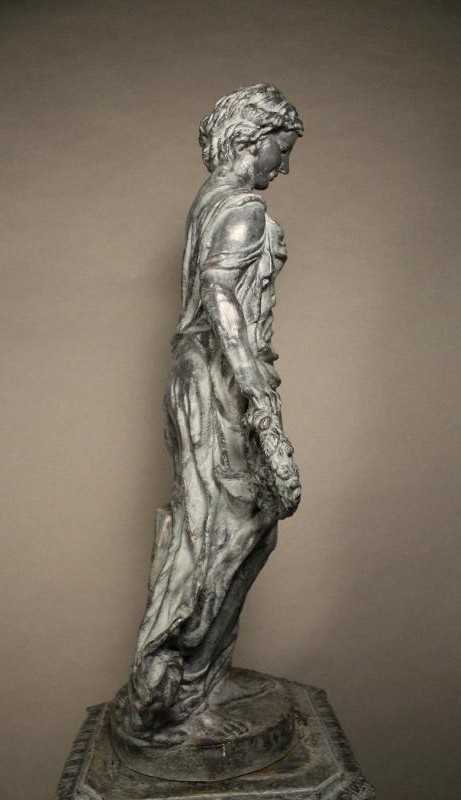 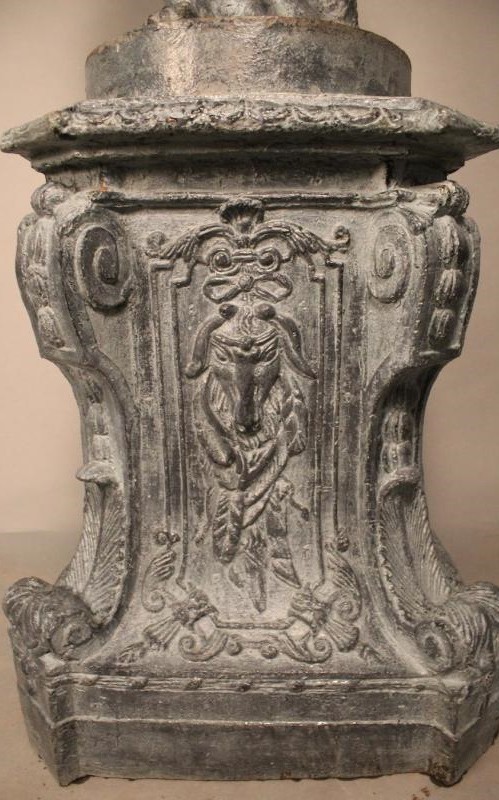 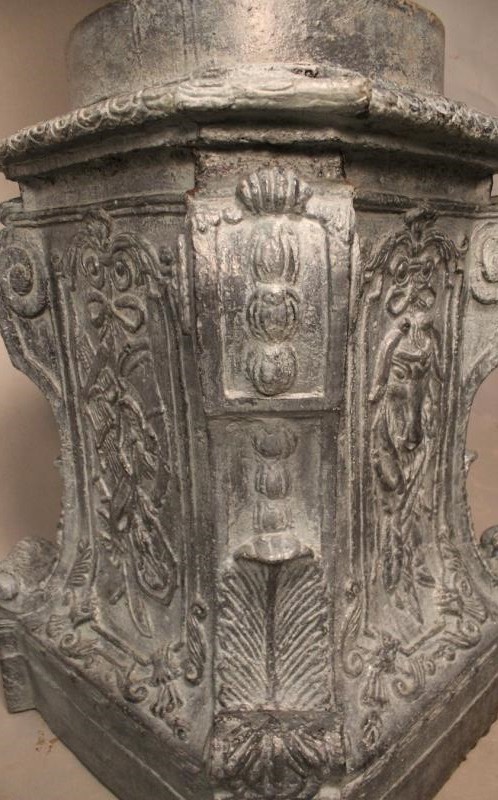 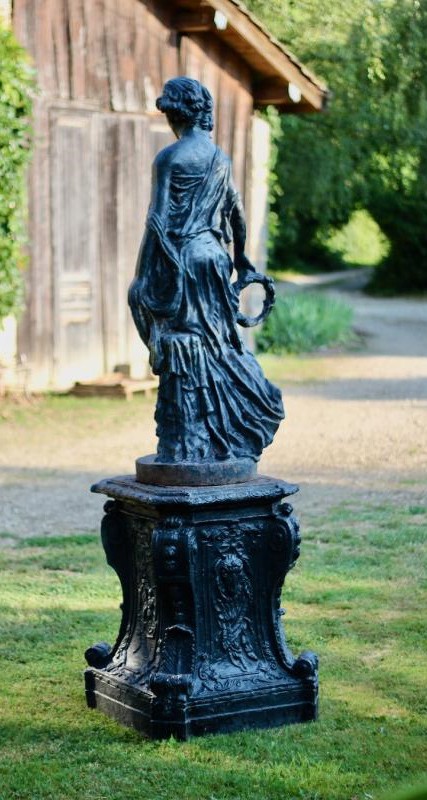 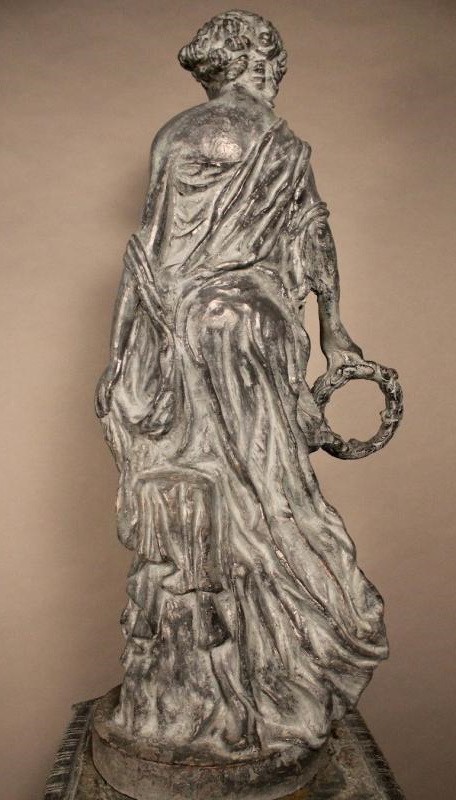 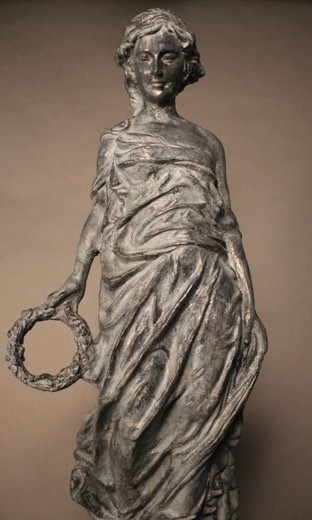 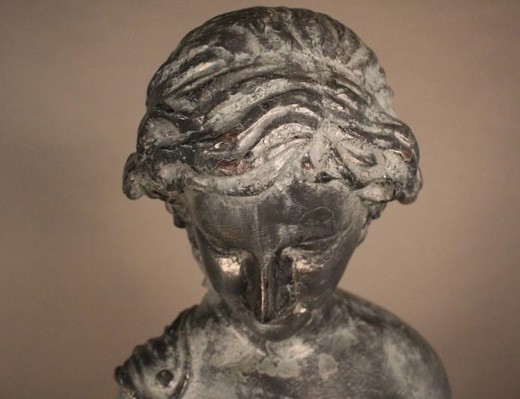 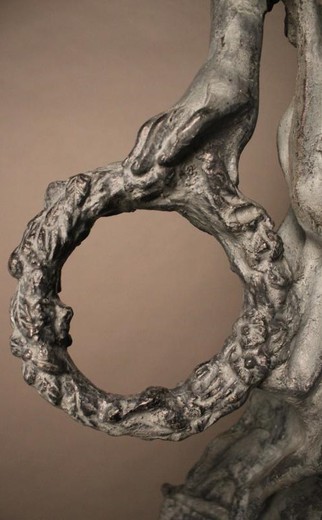 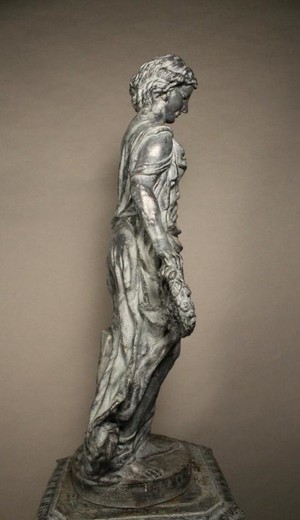 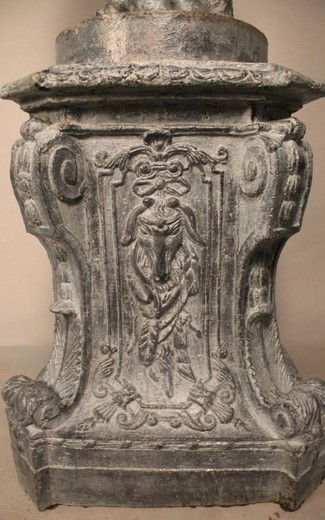 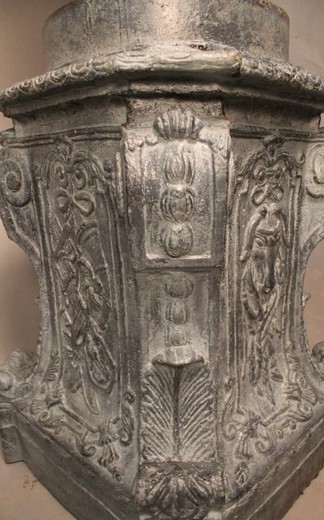 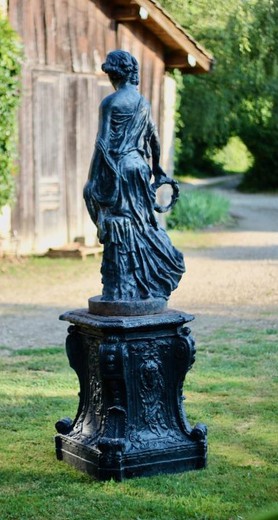 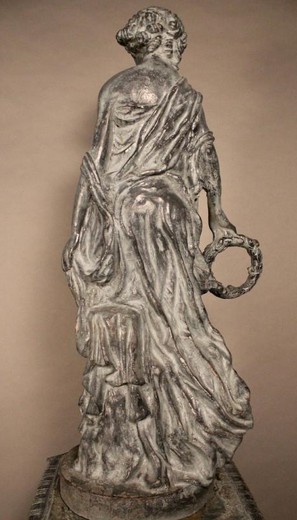 Antique sculpture "Spring". The statue represents a young woman in flowing robes and a floral wreath in her hand, standing on a plinth with rich decor. Made of cast iron. Written by Maturin Moreau. France, XIX century.

Mathurin Moreau (1822-1912) French sculptor. He received his primary art education in Dijon and continued his studies in Paris at the National Higher School of Fine Arts under Augustin Dumont. Moreau participated in the 1855 World's Fair and was awarded the Gold Medal. The sculptor's works can be seen at the Orsay Museum in Paris, at Osborne House in Great Britain (the statues were donated to Queen Victoria in 1855). His sculptures adorn the building of the New Opera in France. His work can also be seen in Geneva, Liverpool, Peru and Buenos Aires. Awarded the Order of the Legion of Honor.