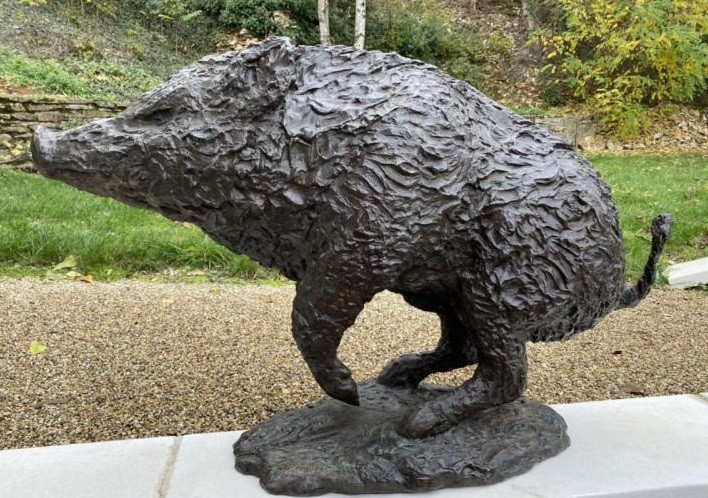 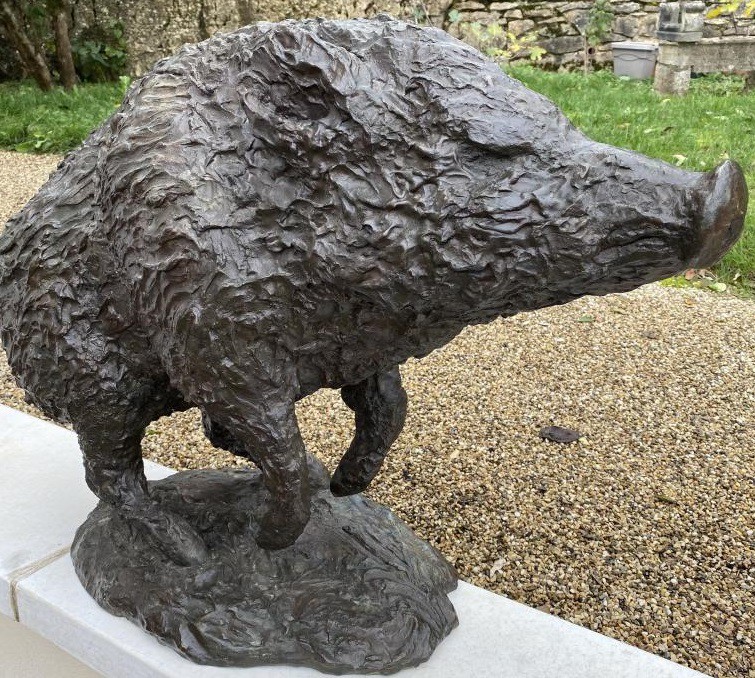 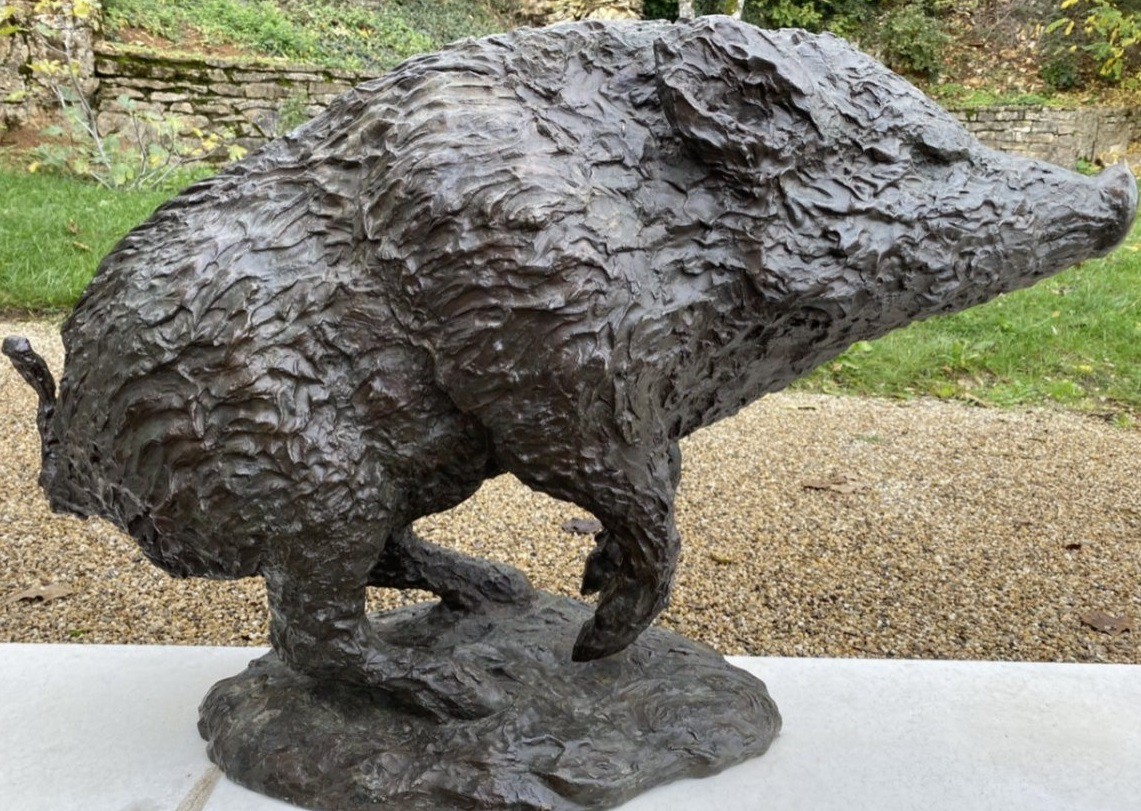 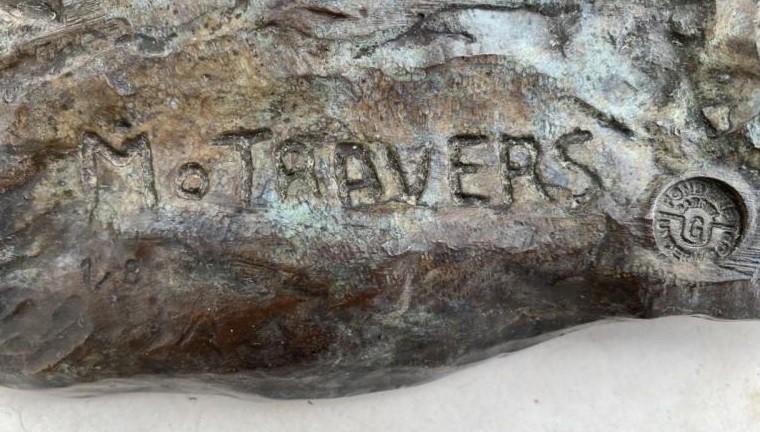 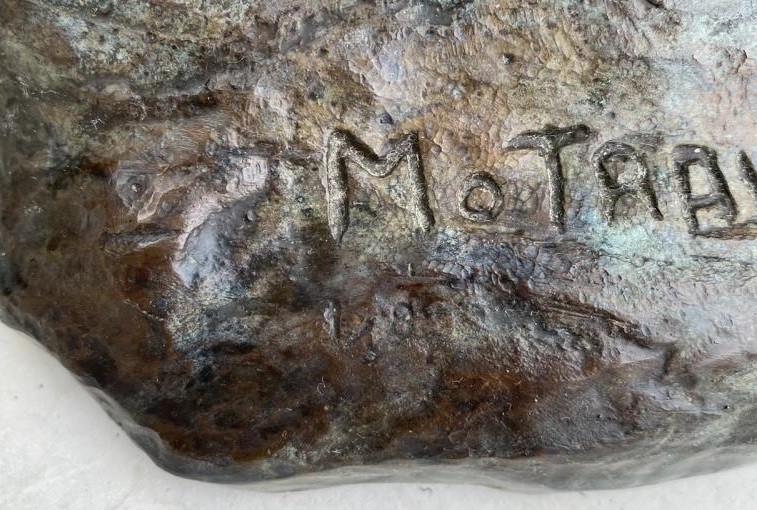 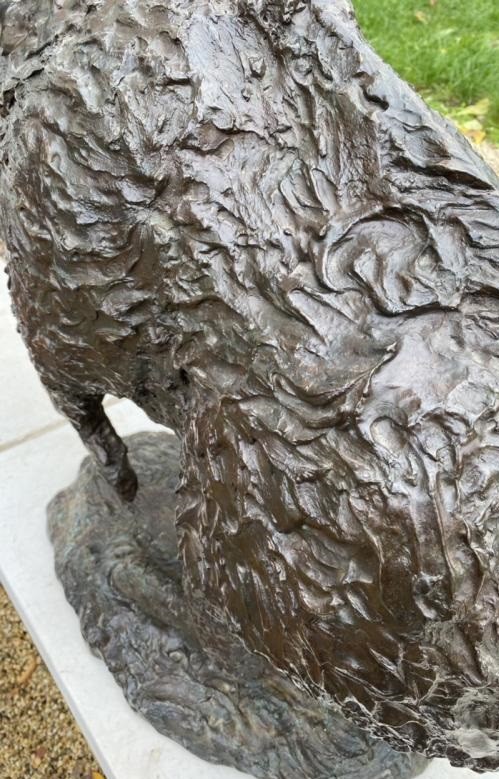 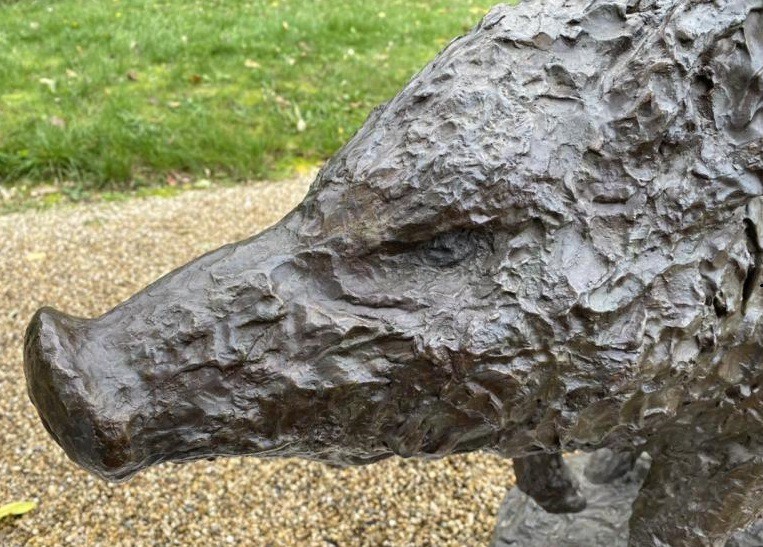 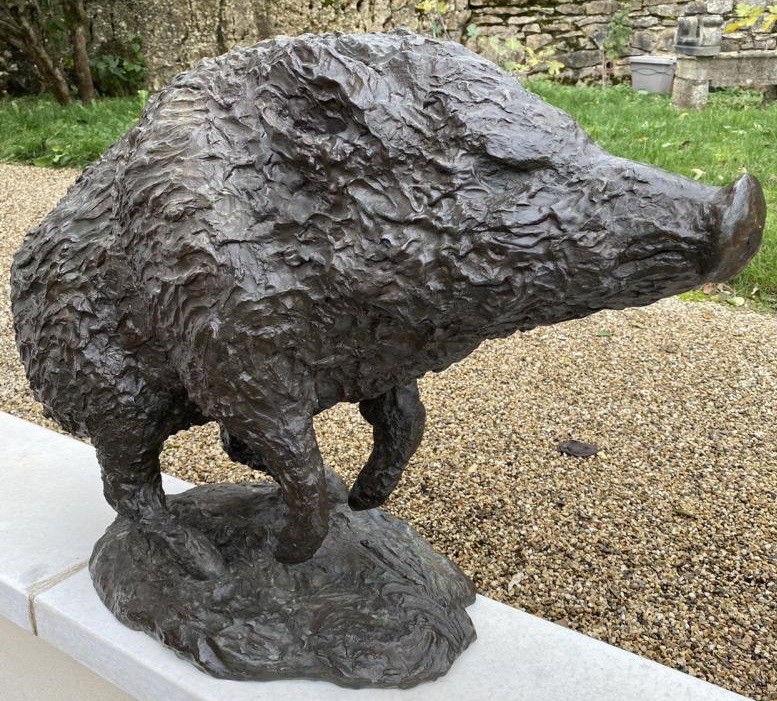 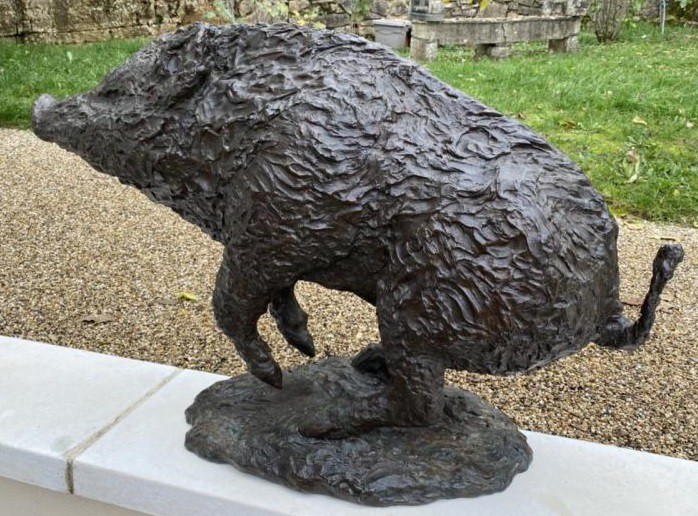 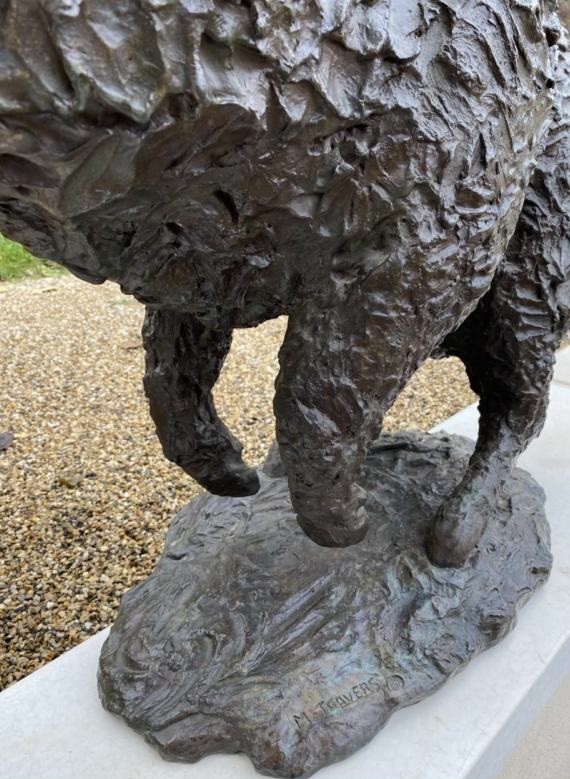 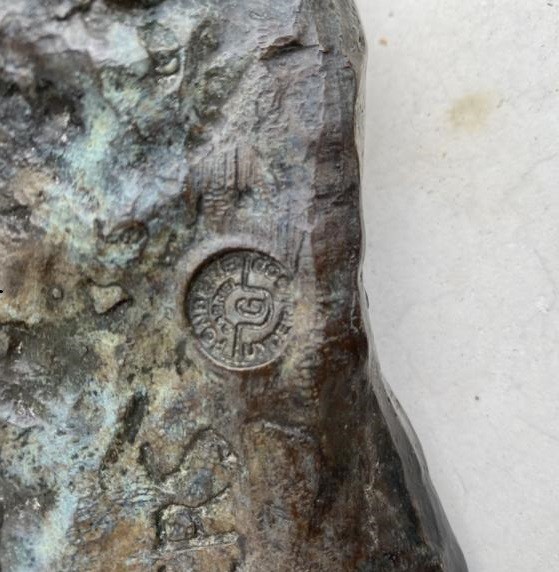 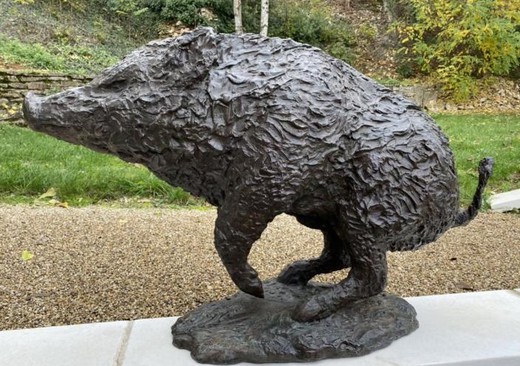 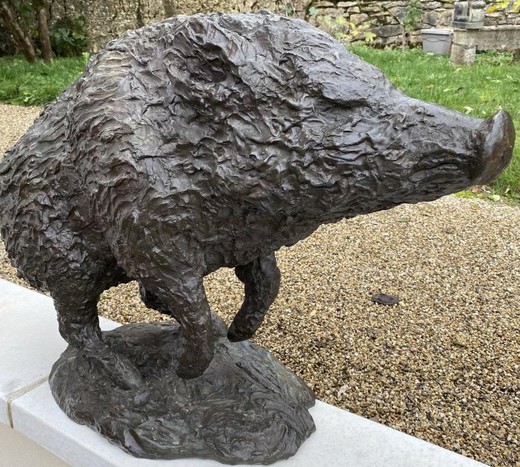 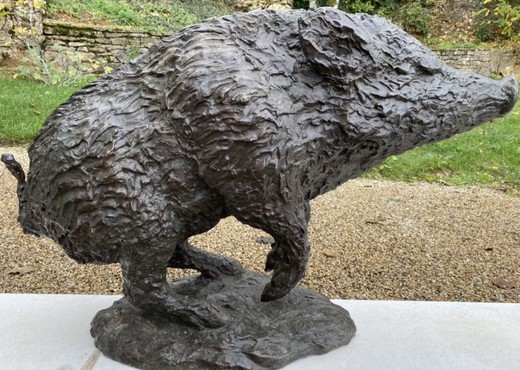 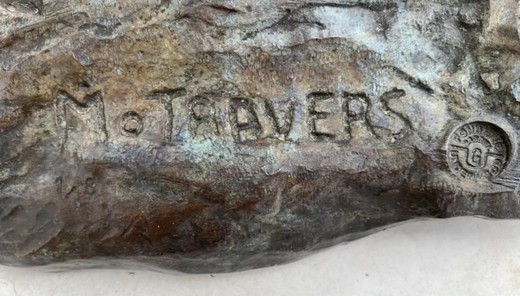 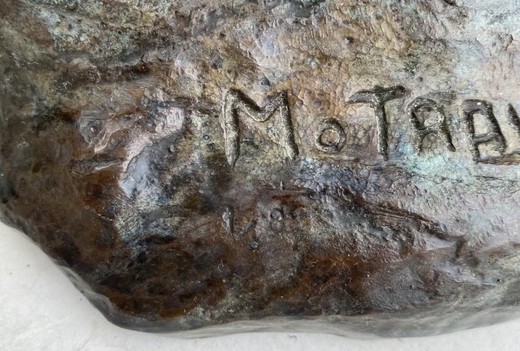 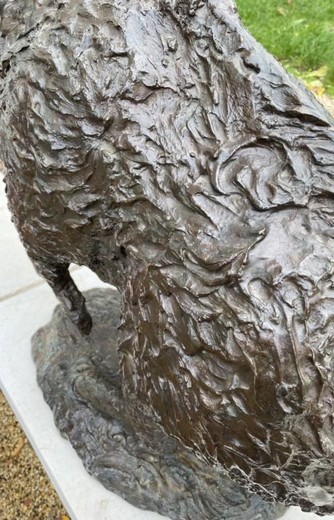 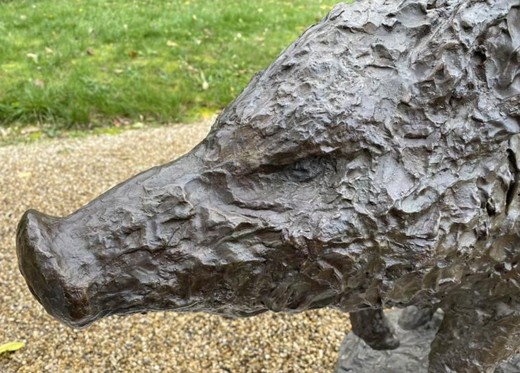 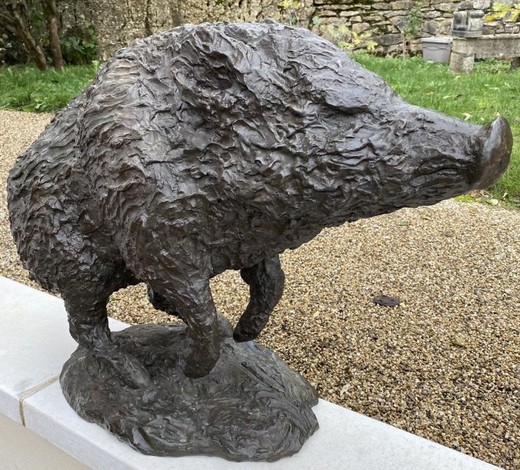 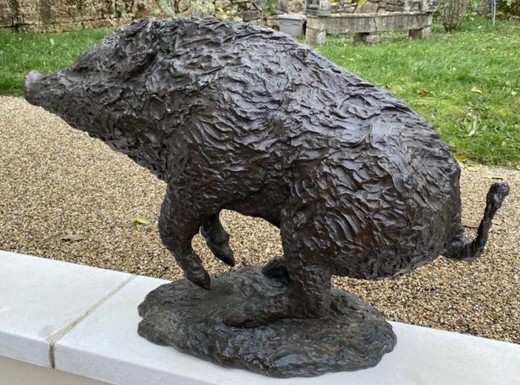 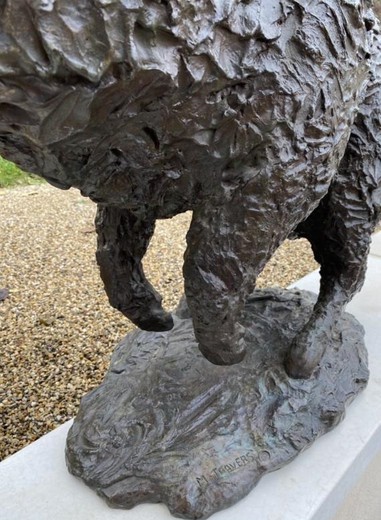 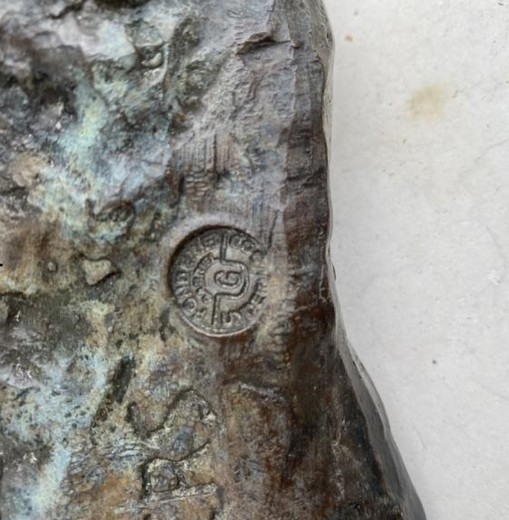 Sculpture "Boar". Made of patinated bronze. This sculpture is issued in a limited series (this sculpture is the first copy of eight), it has the author's signature - Mo TRAVERS and the stamp. France, XX century.

The wild boar has always been considered a symbol of courage, courage and power. His images were widely used in heraldry. The boar is present on the coats of arms of many noble and royal families of Europe as a concept of strength, courage and fearlessness. Even in ancient mythology, the god of war, Ares, wore a boar-headed helmet.

Mo Travers is a French animal sculptor who created her sculptures from scratch, "out of the void." Observing the world of animals, she made sketches on paper and using wire to create a kind of model, which later turned into realistic works of art. Participant of numerous exhibitions in many countries of the world, she always said - "Every animal is a unique creature, and I am looking for its secret."