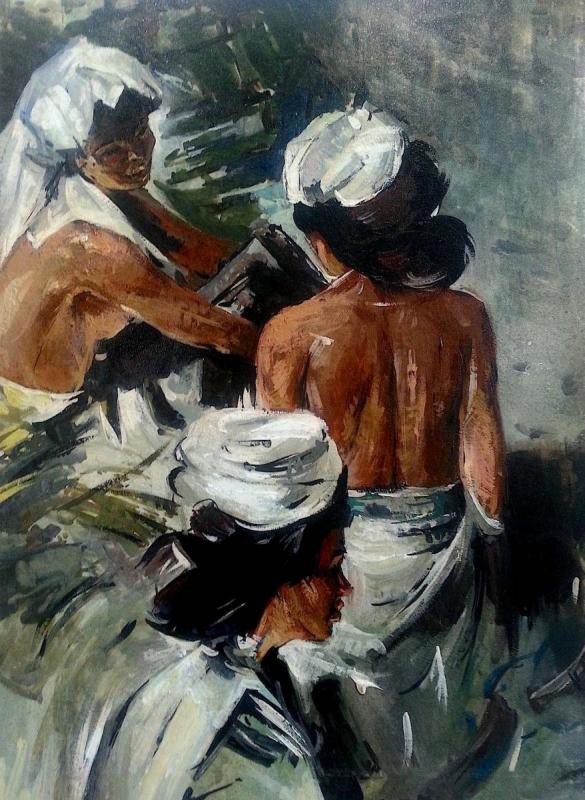 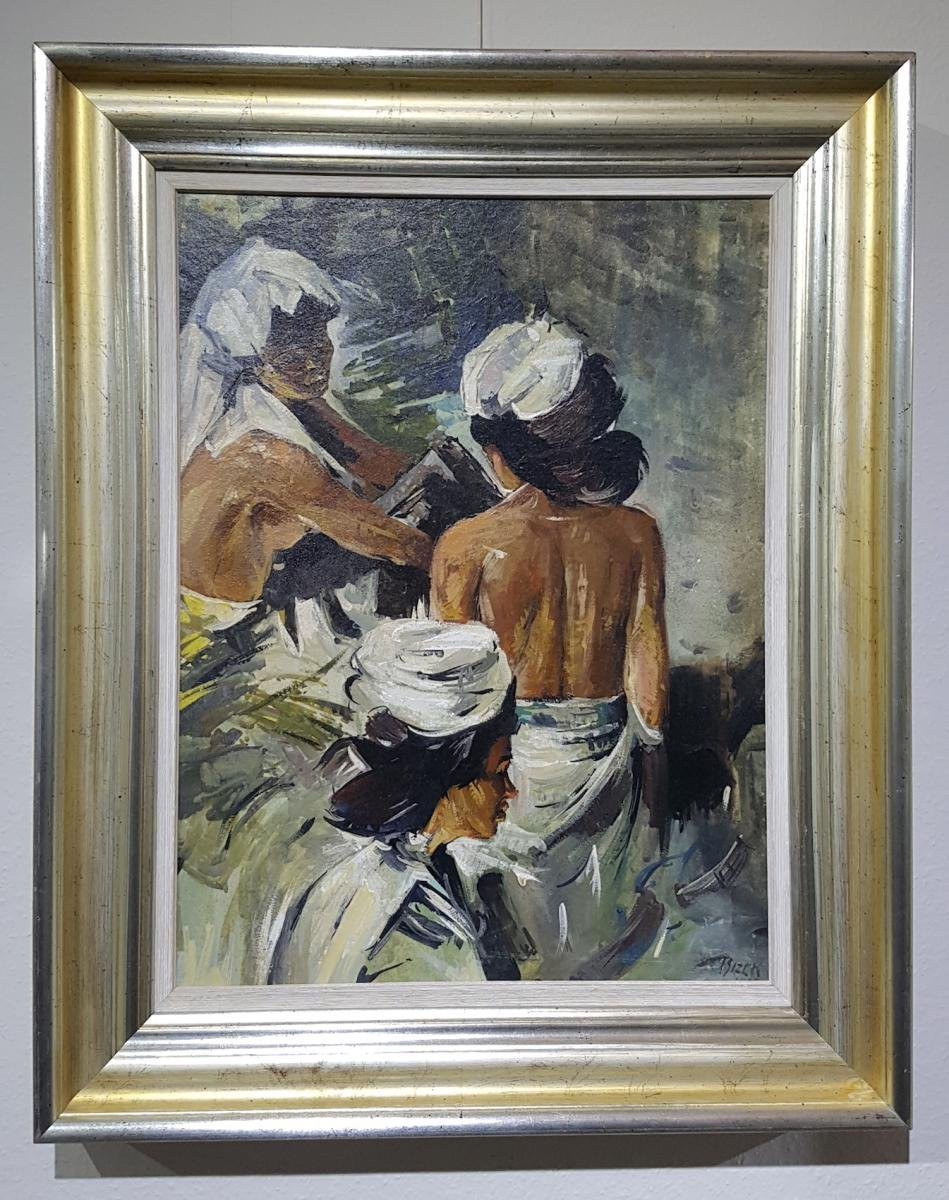 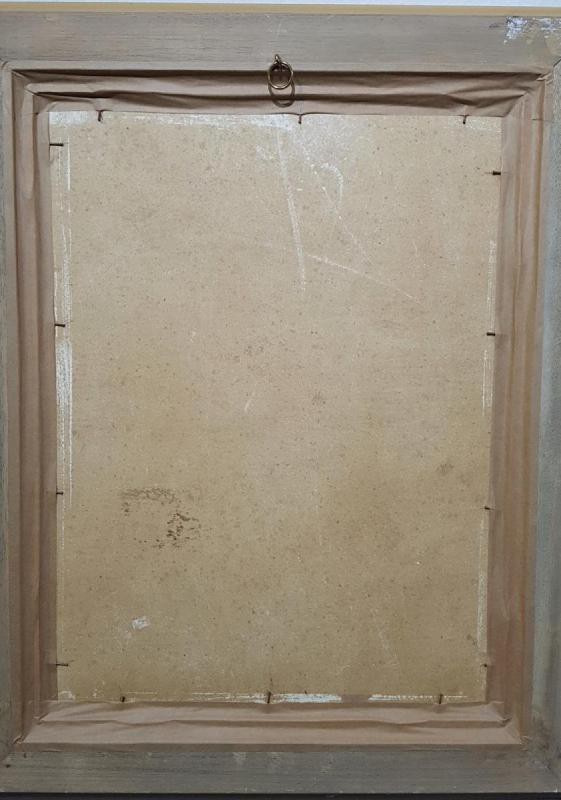 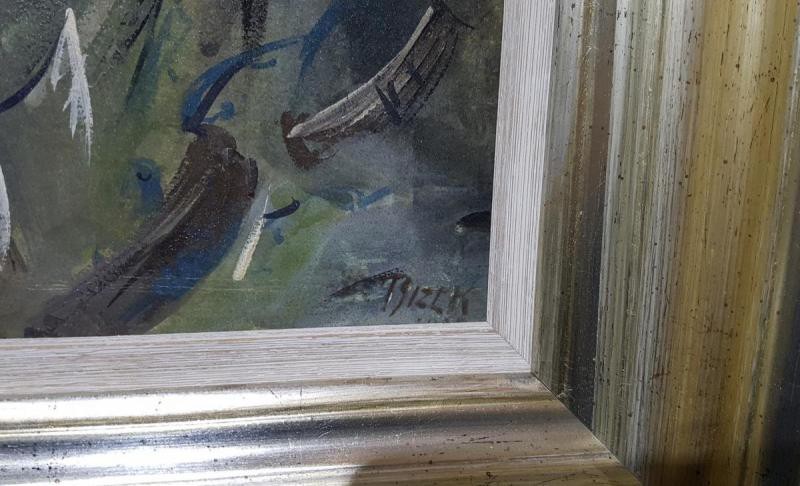 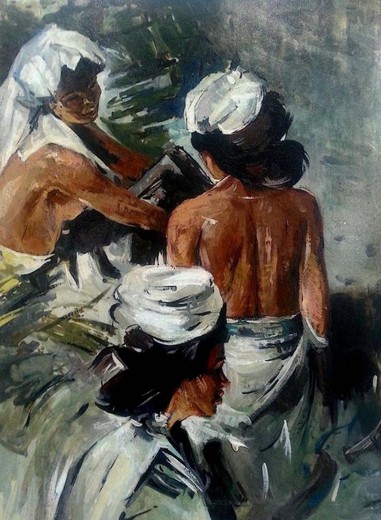 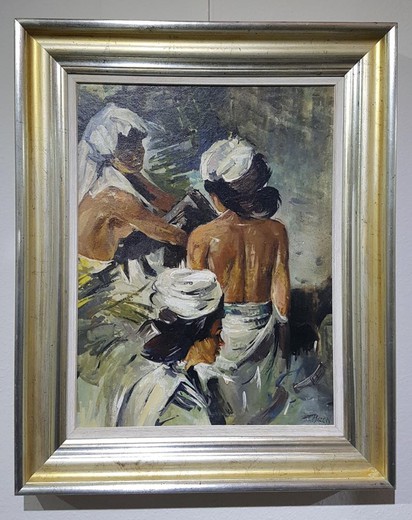 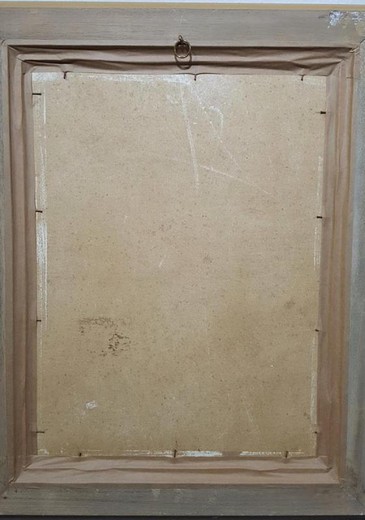 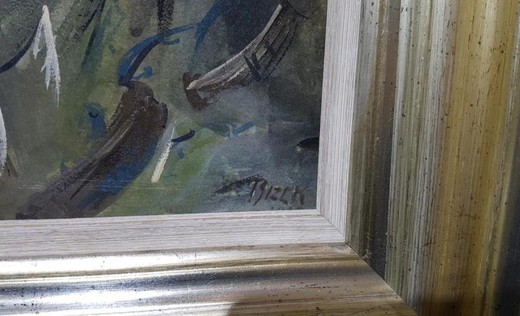 Emil Riesek (Vienna 1901-1988) - artist, studied with Anton Hlavacek and Karl Fachringer, professor at the Vienna Academy. In the 1920s. he travels to Italy, France, Germany and the Netherlands, where he founded the Dutch school of Impressionism. In Vienna, money was tight, and the artist decides to travel the world in search of travel, impressions, inspiration and earnings. He personally wanted to travel and capture his impressions on canvas.

Rizek studied while traveling, developed his own personal style based on realism. Landscapes, city views, genre scenes of city life are reflected in his work. In his paintings you can see workers and laborers, he felt something in common between his life and theirs. With the same enthusiasm, he portrayed the markets of Bali and the ports of Northern Europe.

Rizek learned primarily through travel and developed a personal style based on realism. Landscapes, city views and genre scenes from everyday work and life began to appear in his work. His figurative works often depicted workers or handymen with whom he felt a sense of camaraderie. The Bali market and the ports of Northern Europe drew with the same enthusiasm.

He has traveled all over the world, has been to Indonesia, Canada, the United States, Japan, South Africa. Upon his return to Vienna, he will join the Vienna Art Society.