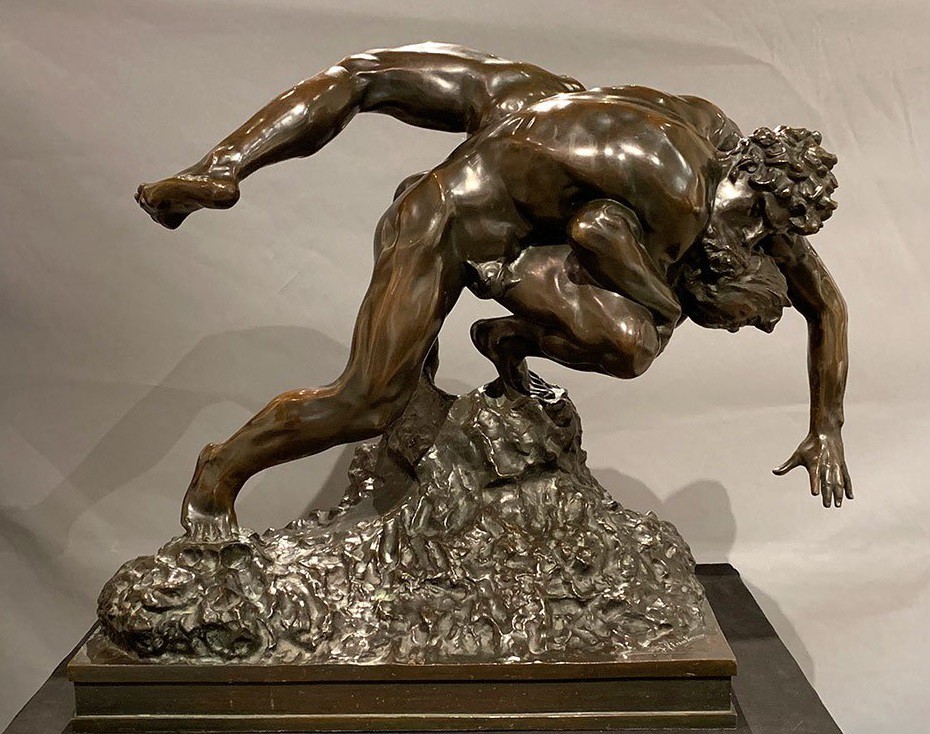 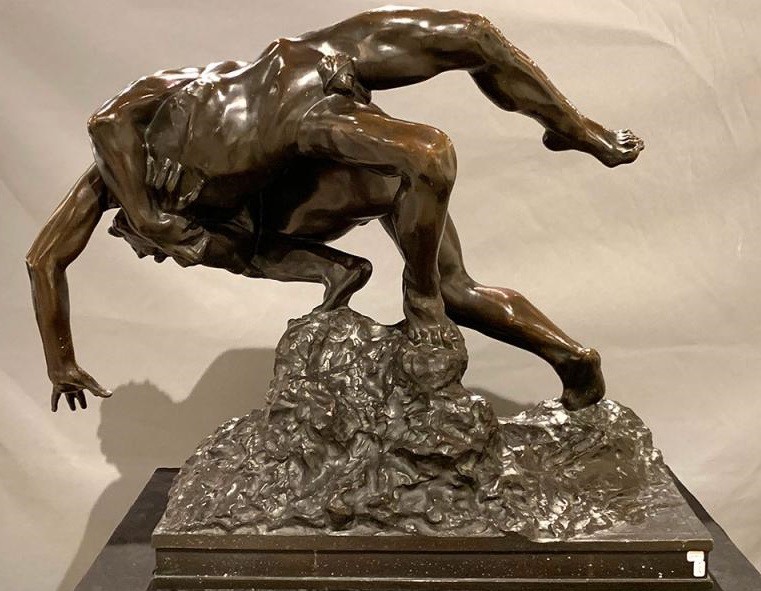 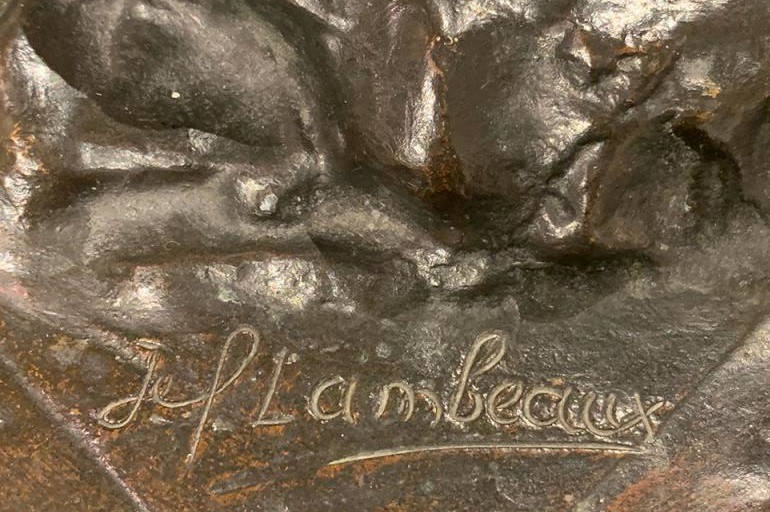 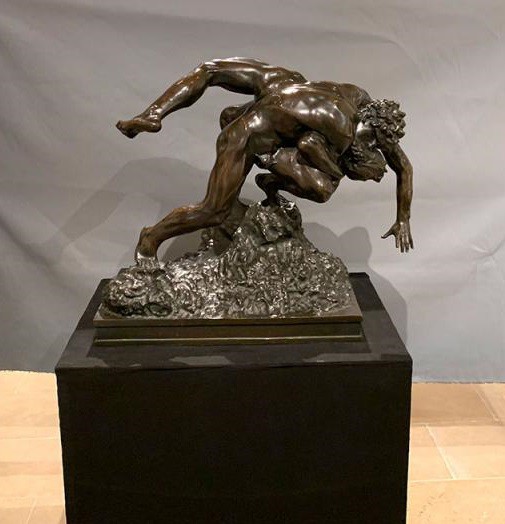 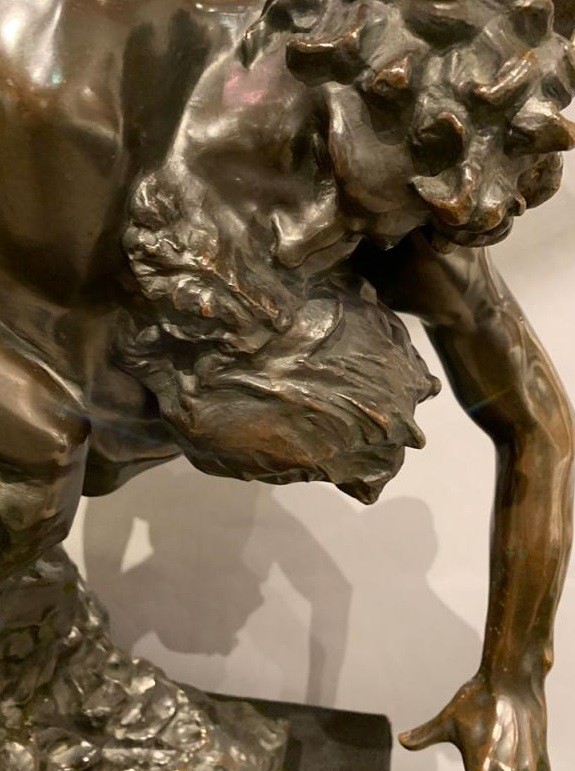 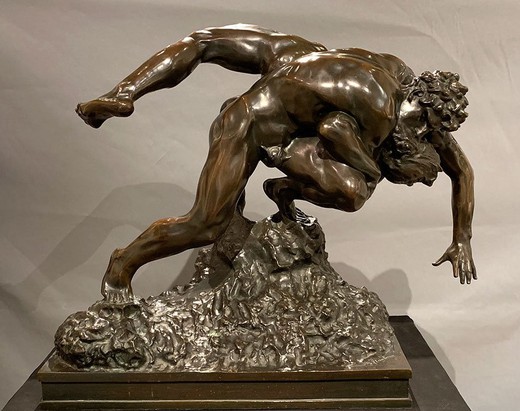 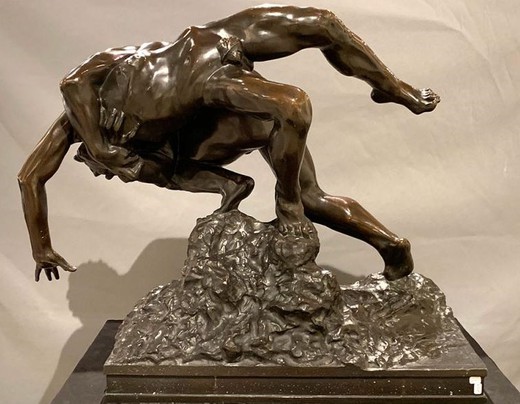 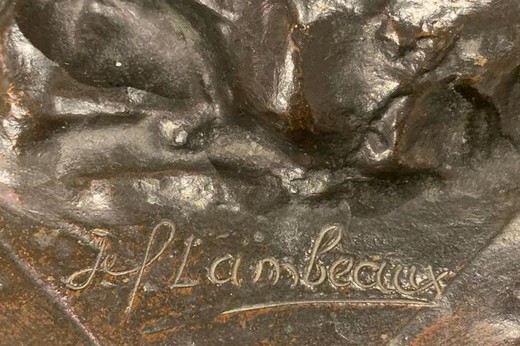 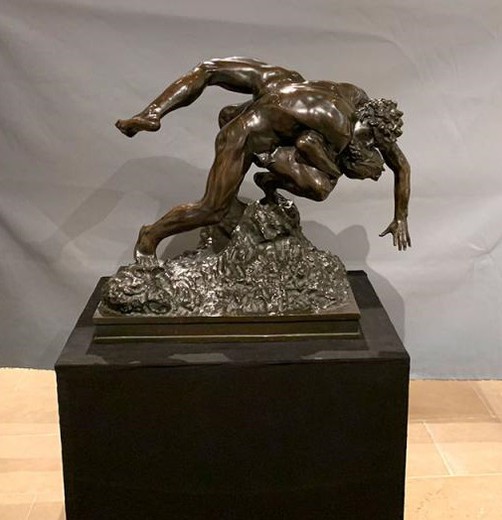 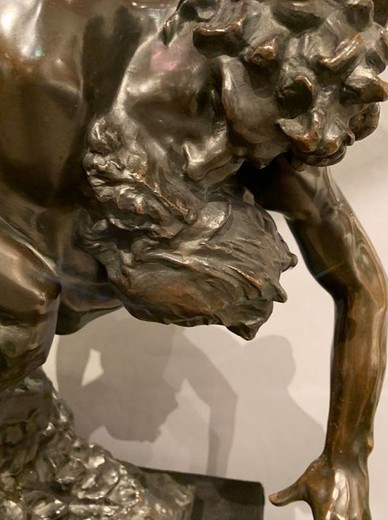 Rare antique sculpture "The Fighters". Made of bronze and covered with patina. Looking at the sculpture, you can feel, almost physically, how much strength, power and perseverance in these fighters. The author performed his works in such a detailed and realistic manner. The base of the sculpture is signed by the sculptor - Jef Lambeaux. Belgium, XIX century.Jef Joseph Marie Thomas Lambeaux (1852-1908) - Belgian sculptor. He studied at the Academy of Fine Arts in Antwerp and was a student of Joseph Giffs. Joseph Lambo made his debut at the World Exhibition in Brussels and received a gold medal there. He has also repeatedly participated in the World Exhibitions in Paris and Liege. His most famous work, perhaps, is the collosal marble complex "Human Passion". A lot of noise was raised around it and the pavilion was built at the end of the nineteenth century (to the 50th anniversary of Belgian independence), and where this bas-relief was located was closed for many years. It was opened only in 2002. Lambo was appointed a Fellow of the Royal Academy of Belgium in 1903. He was also awarded the title of officer of the Order of Leopold and the Order of Bavaria. The sculptor's works are kept in many museums around the world and in private collections.