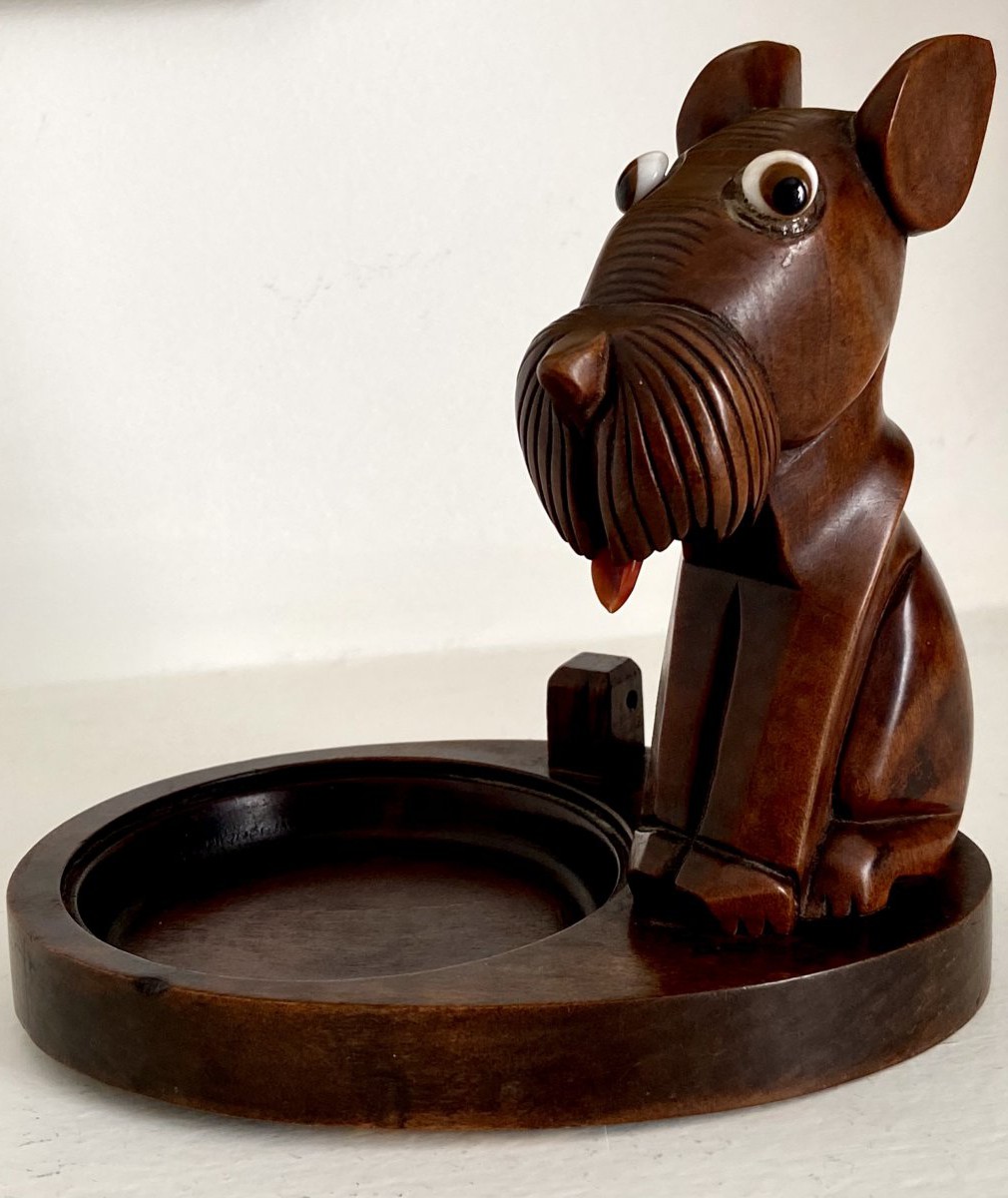 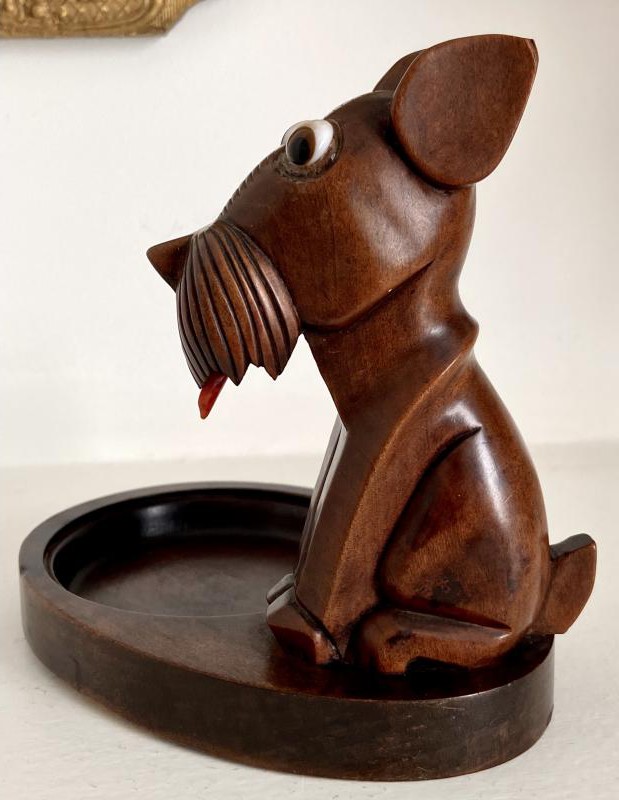 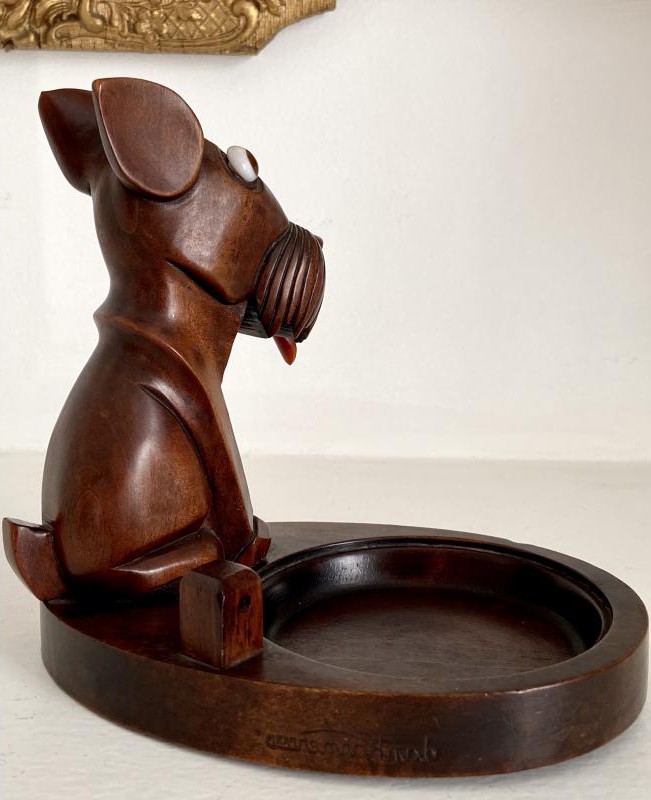 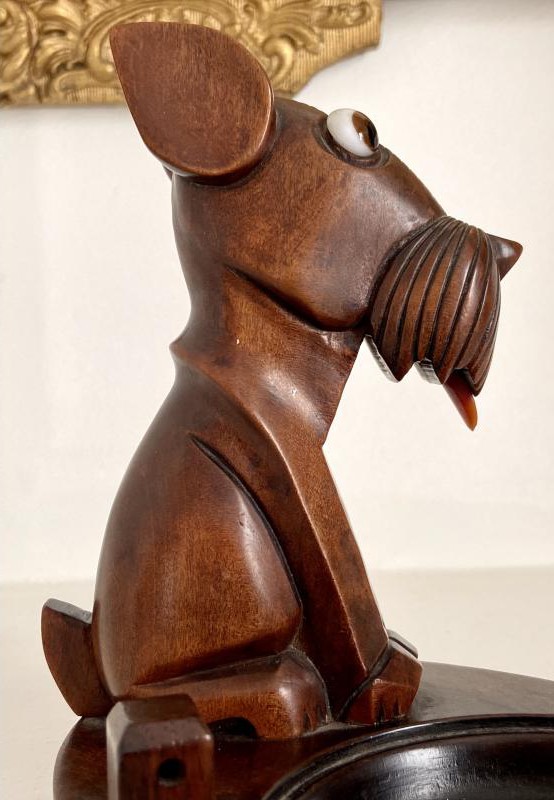 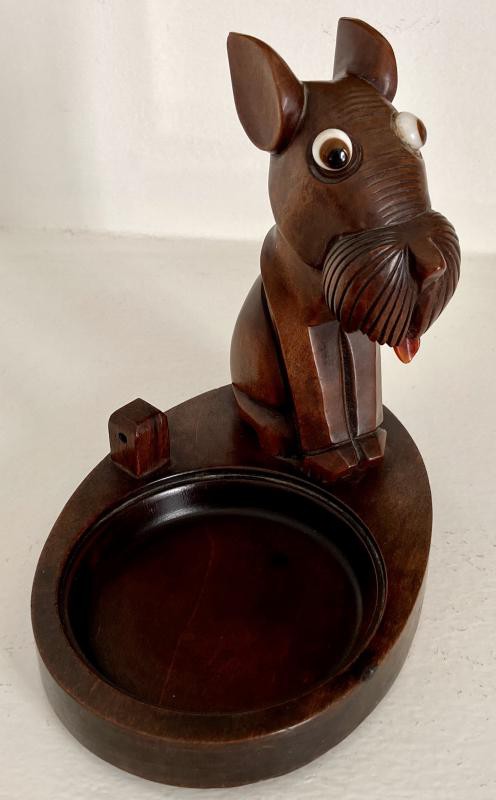 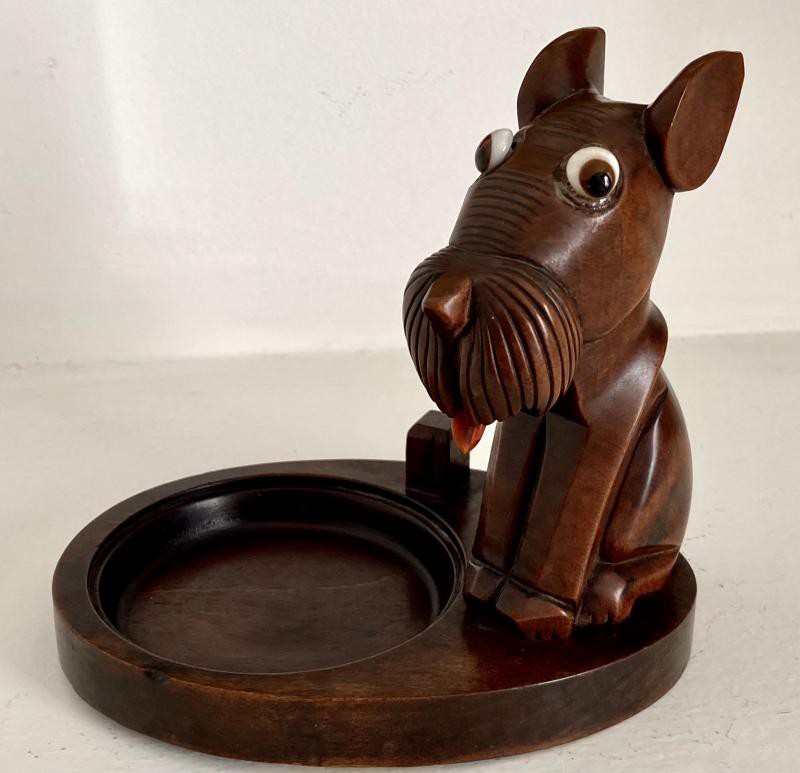 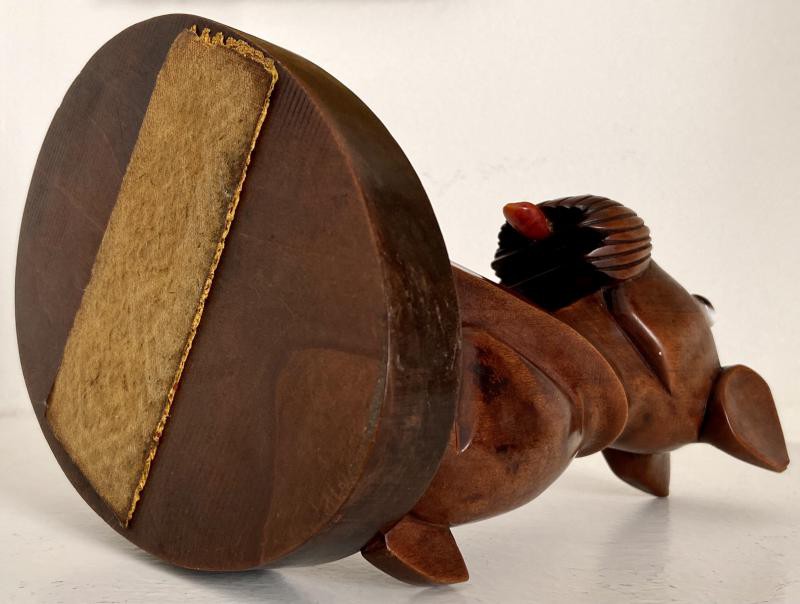 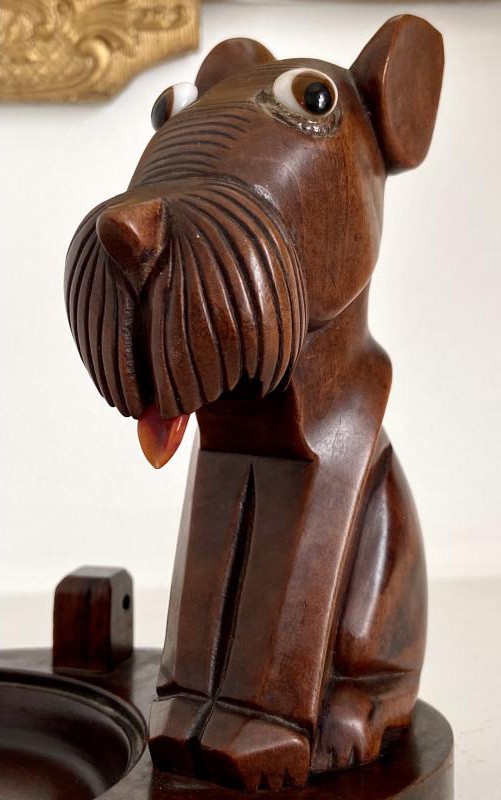 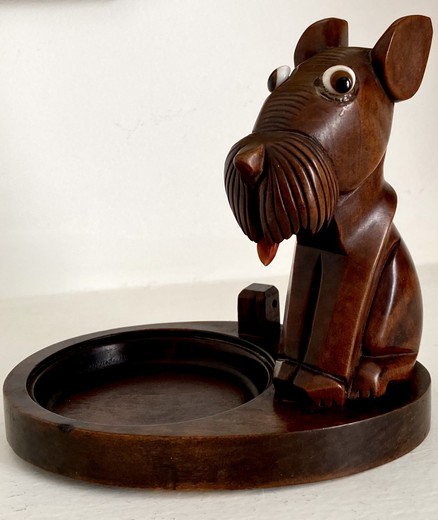 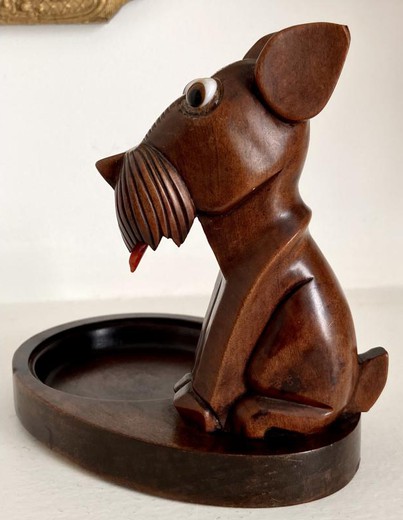 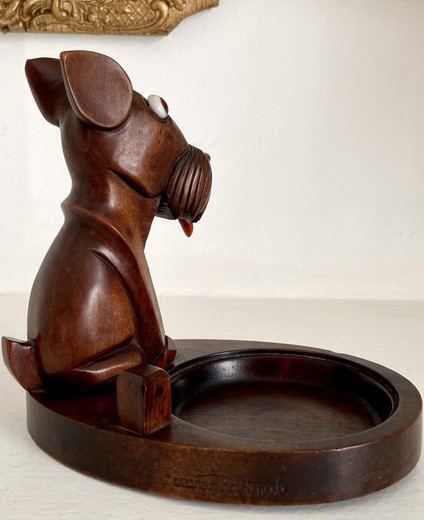 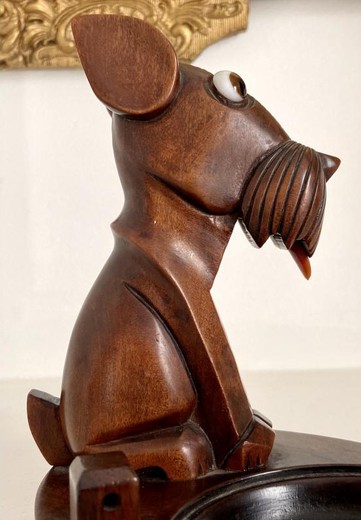 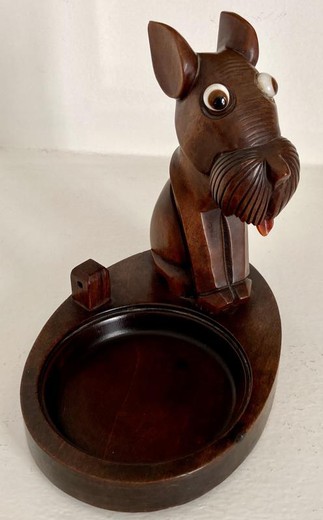 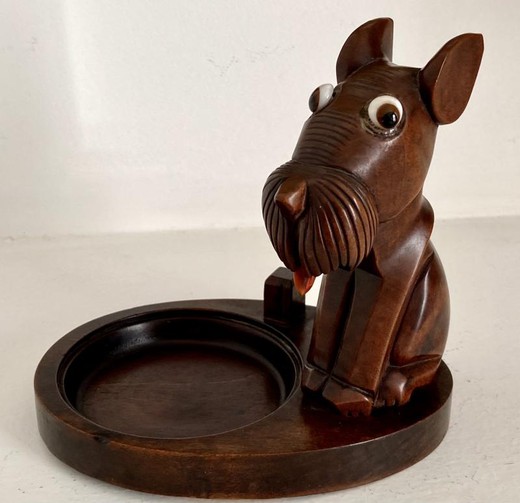 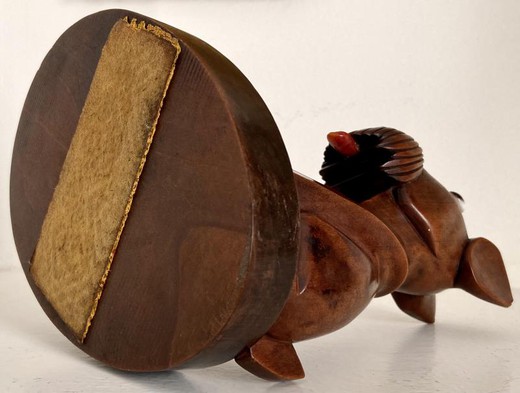 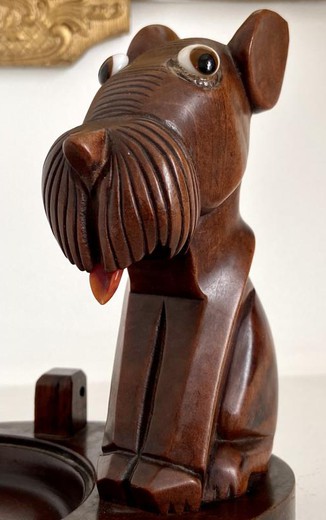 Antique delivery tray with Scottish Terrier sculpture. Written by designer Dan Carner. The base and sculpture are made of wood, the eyes are glass. The stand is signed by the author. France, Paris, 1930s.

Dan Carner (also known as Daniel Carner) is a French Jewish sculptor who specialized in woodcarving. Most of the work dates back to the 1930s. Together with his students, Karner created cocktail stands, decorative lamps, book holders and other unusual furnishings. After the 1940s, he was forced to leave France and settle in Spain. There are things signed by "Creaciones - Barcelona - Spain", which speaks of Carner was able to realize himself in a new country.