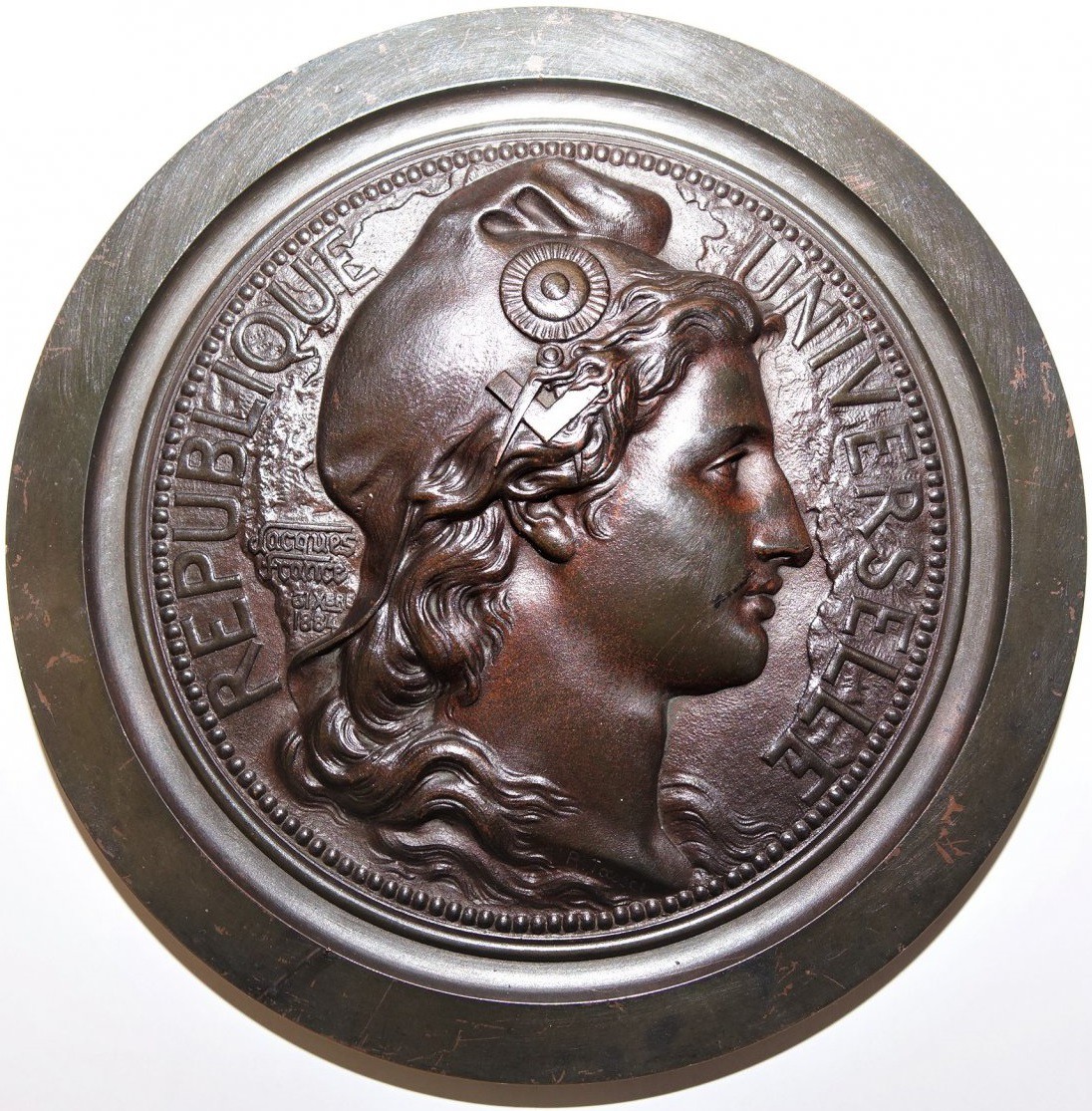 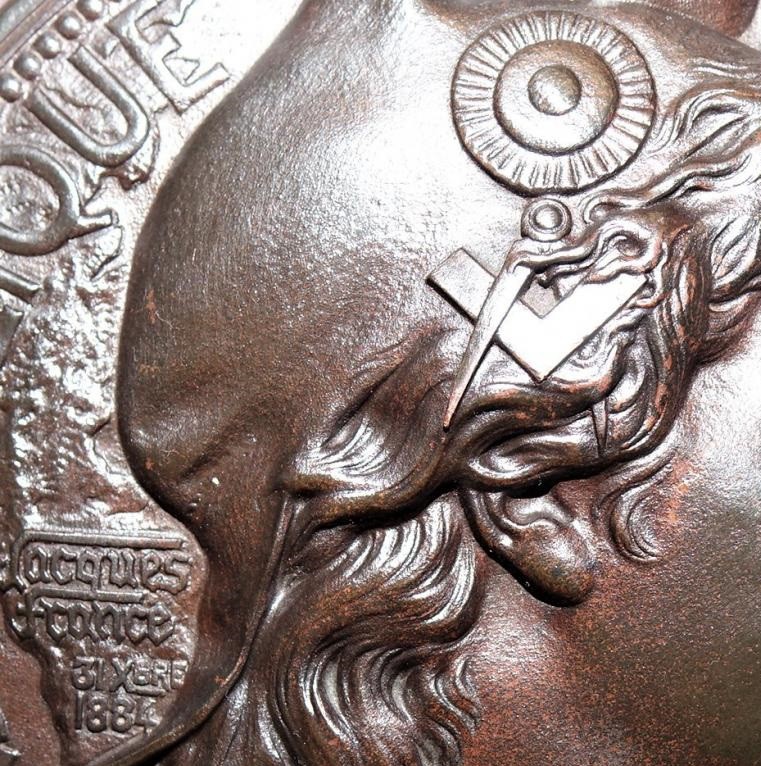 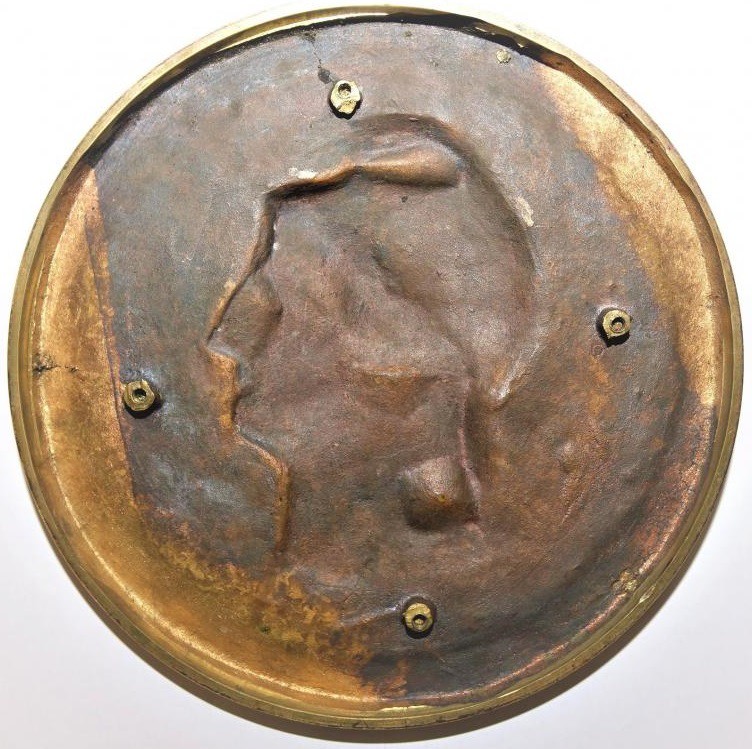 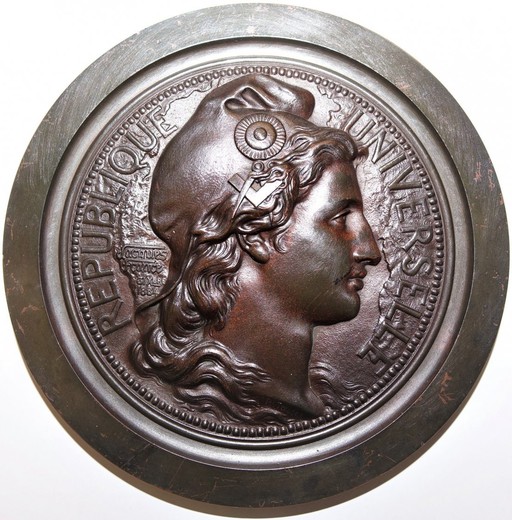 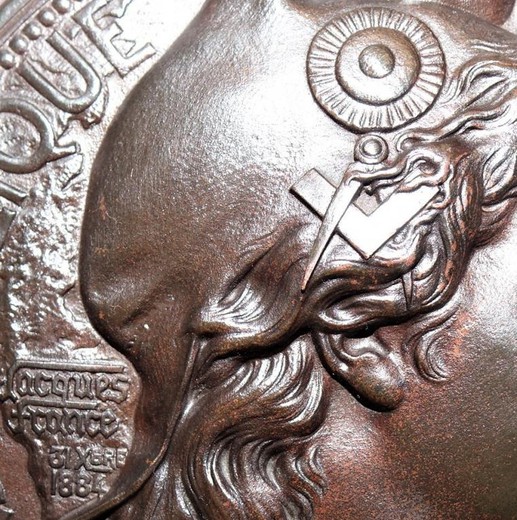 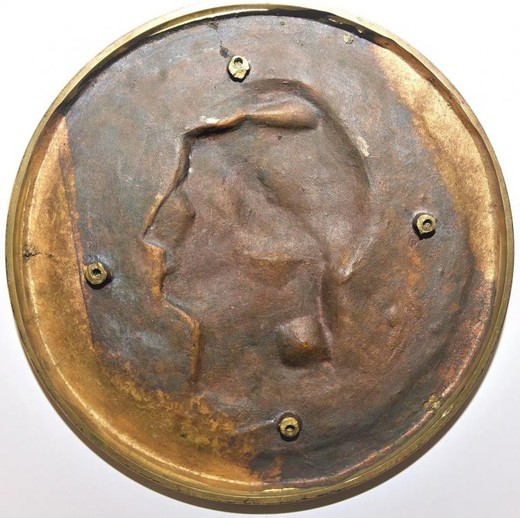 Antique bas-relief. Made of patinated bronze. The bas-relief depicts Marianne wearing a Phrygian cap decorated with Masonic attributes with the inscription "Universal Republic". There is also a signature "Jacques France31 X 1884" as a mention of a close friend-Mason, the famous sculptor Paul Lecreux 1826-1894 (Jacques France), in whose honor, in fact, this bas-relief was created. Marianne is a symbol of the French Republic. Her images can be found on coins, postage stamps, and sculptures of a woman in a Phrygian cap adorn the state buildings of the country. In the center of Paris stands the majestic monument of the allegorical Republic. Written by Paulin Tasset. France, XIX century.

Ernest Paulin Tasset (1839-1919) - French sculptor, medalist and coin-stamp carver. He studied at the Paris School of Fine Arts. For several years he worked and studied medal art with the chief engraver of the Paris Mint, André Gall, one of the largest medalists and engravers of his time. Tasset has created coin stamps for many countries, such as Brazil, Venezuela, Greece, Haiti, Dominican Republic, Colombia, Morocco, Monaco and Serbia. Participant of the World Exhibitions in Paris. He was awarded the Order of the Legion of Honor.