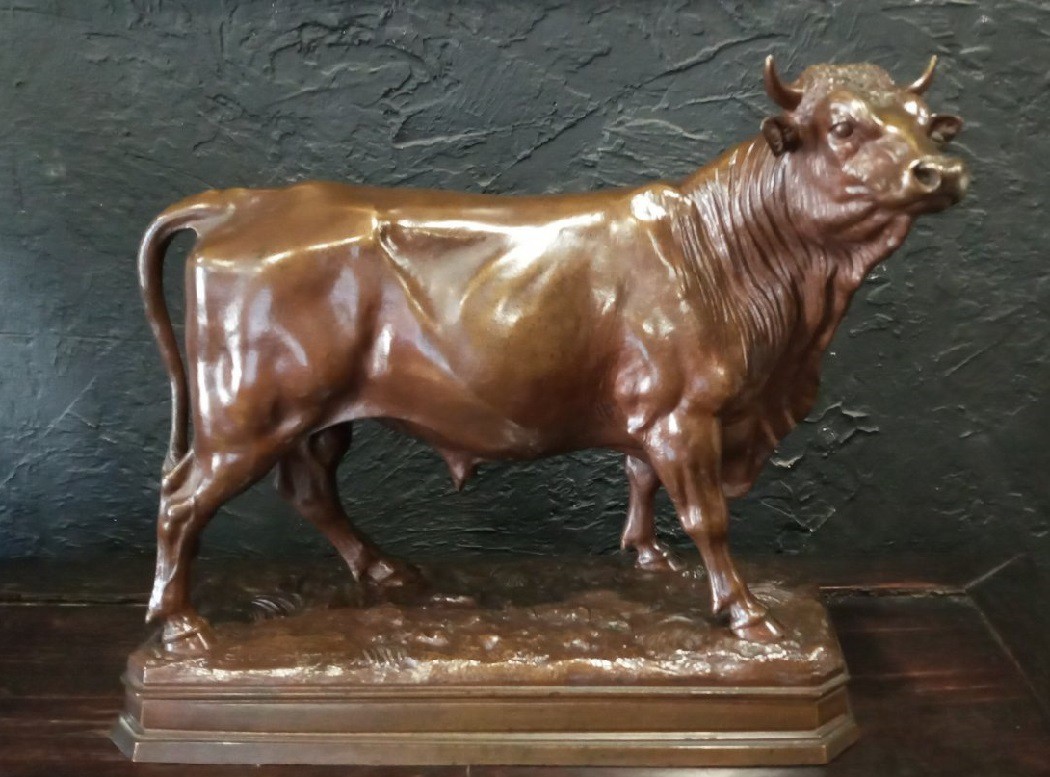 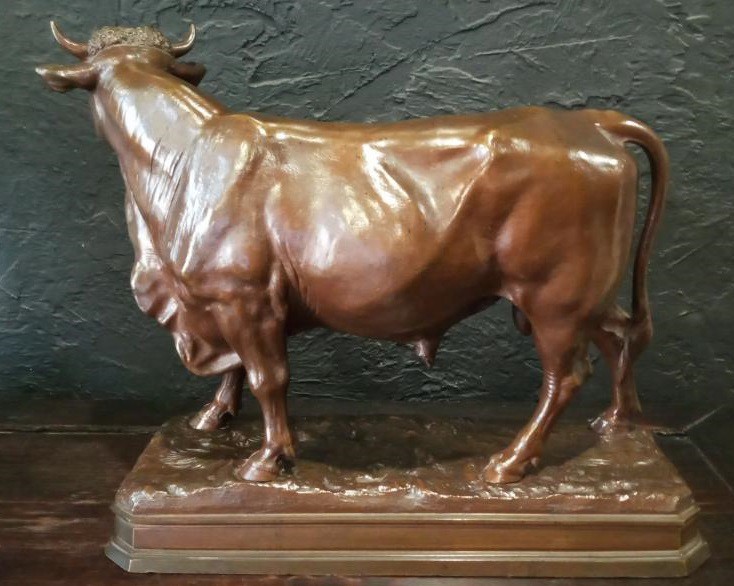 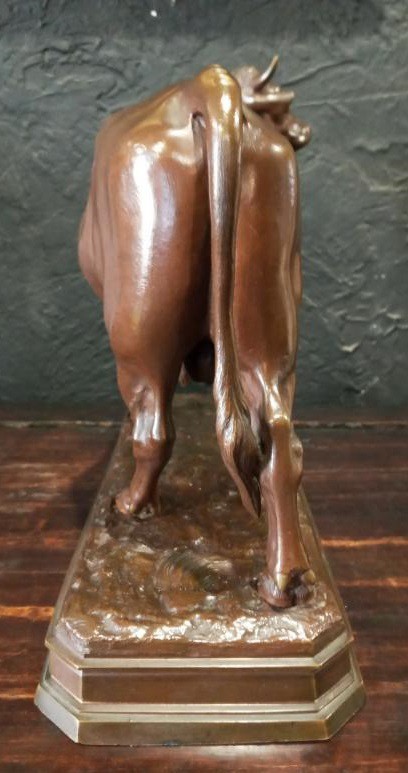 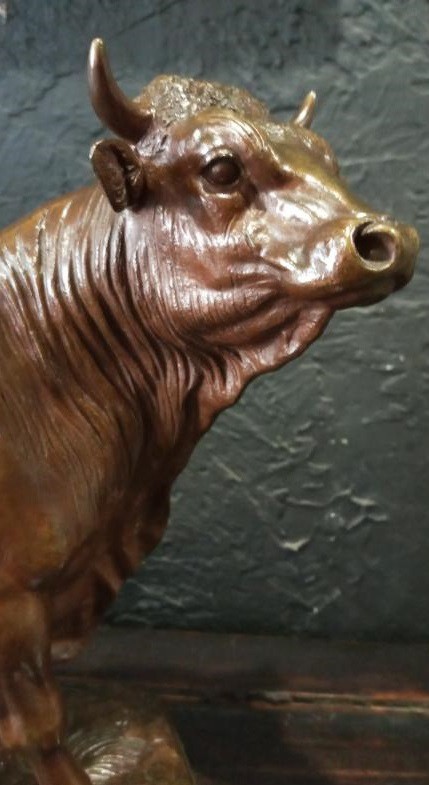 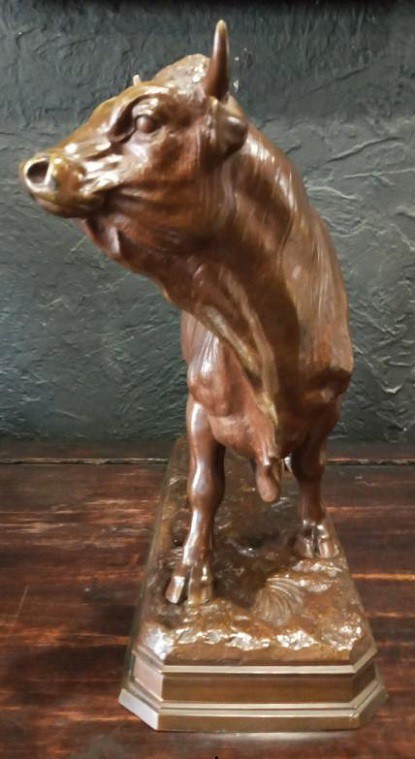 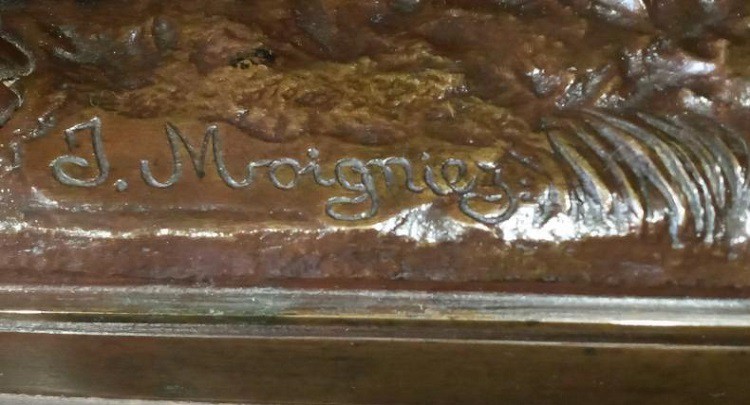 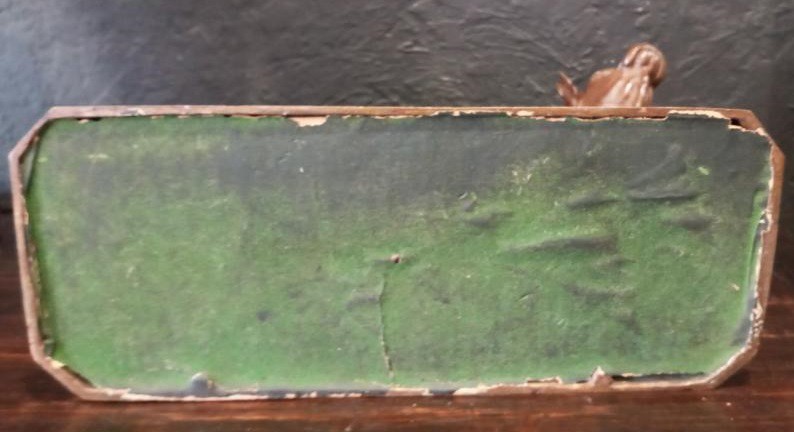 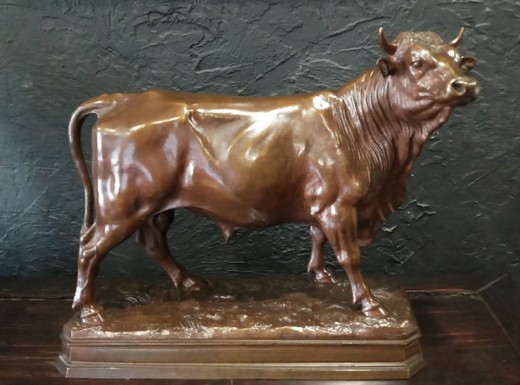 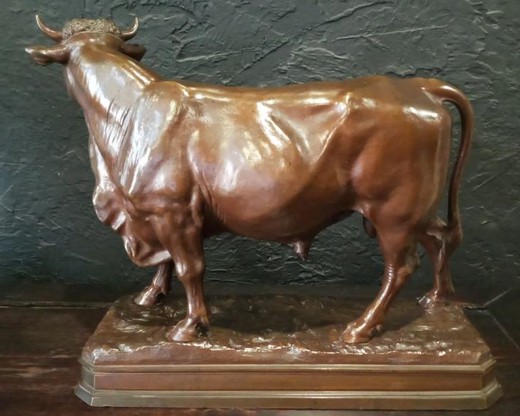 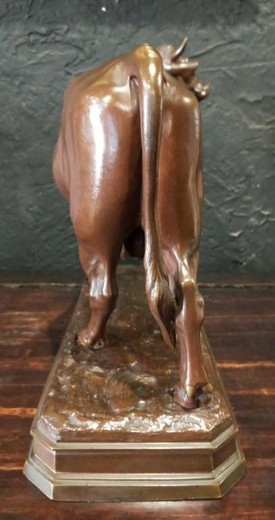 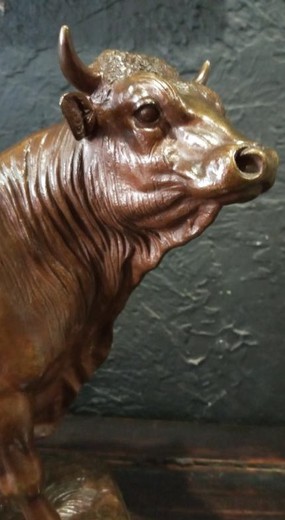 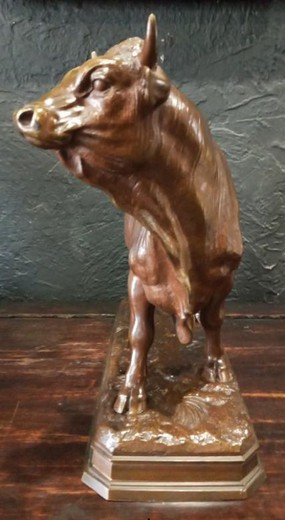 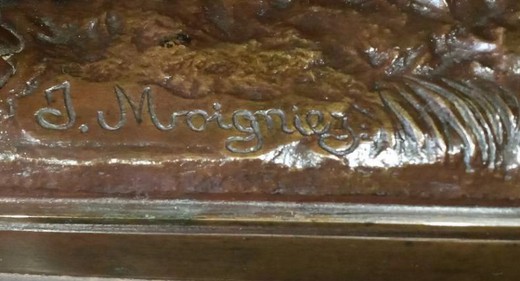 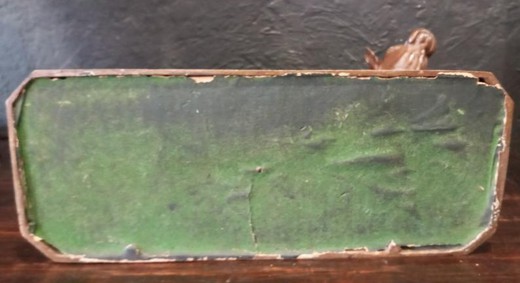 Antique sculpture "Bull". Made of patinated bronze. At the base of the sculpture is the signature of the author - Jules Moignez. France, XIX century.

Jules Moignez (1835-1894) - French animal sculptor. The sculptor was best known for his bird sculptures, which are considered to be some of the finest ever created. His work, usually cast with lost wax, was flawless. Jules Moignez exhibited at the Paris Salon from 1855 to 1892, and also repeatedly participated in the World Exhibition. The works of Jules Moignez can be found at world antique auctions and in private collections.