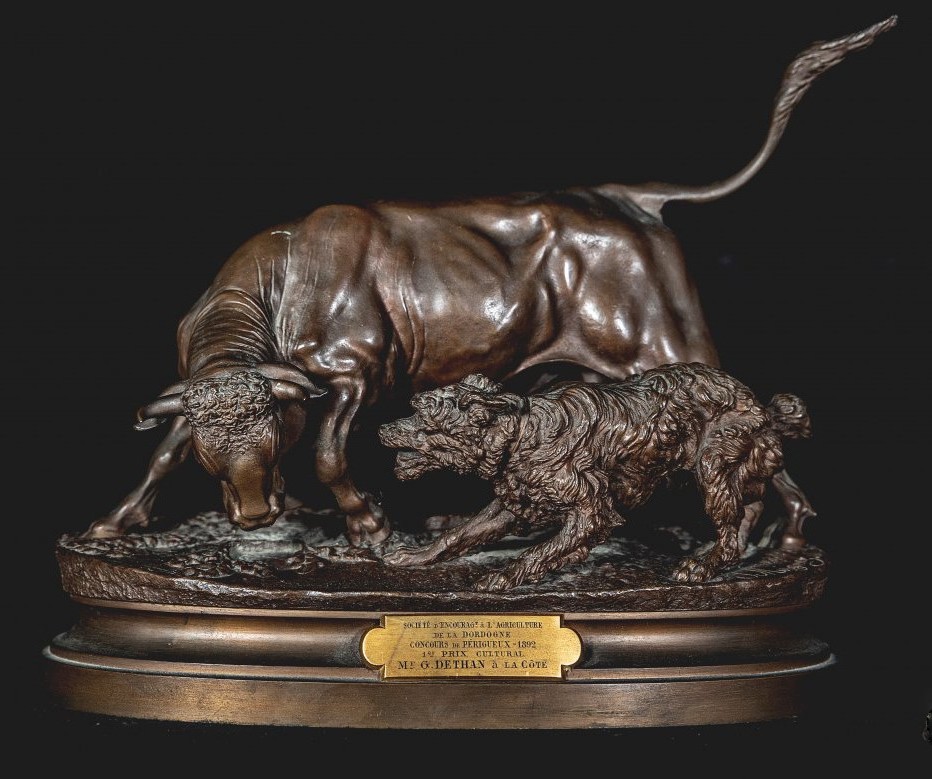 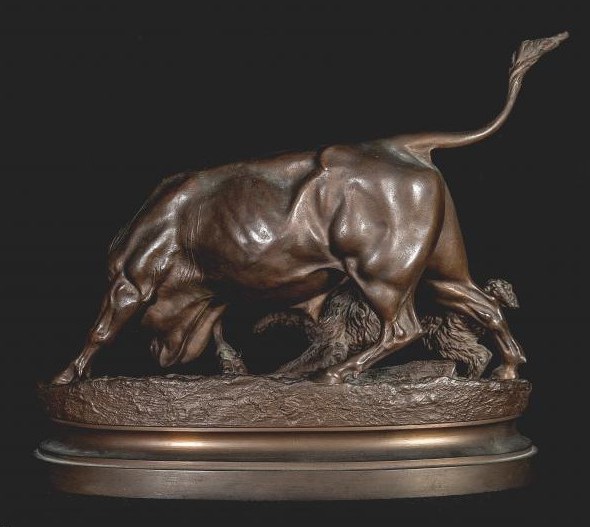 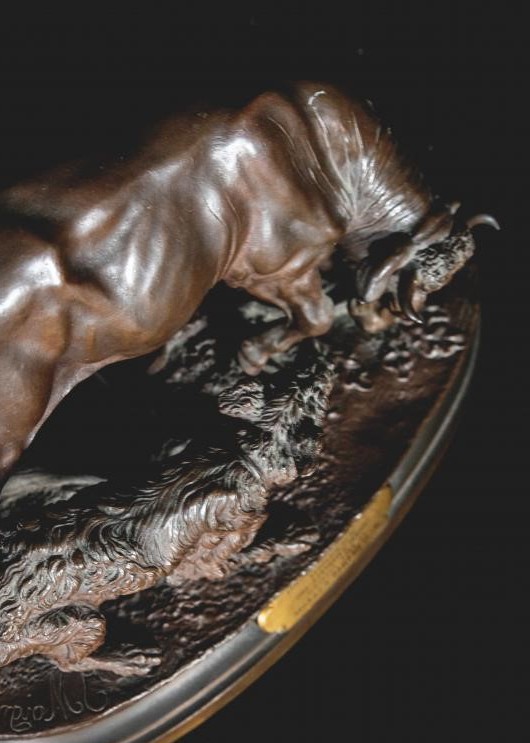 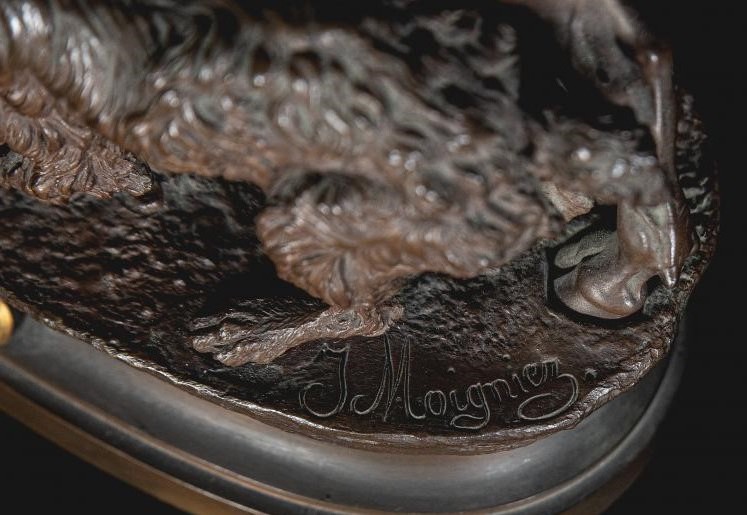 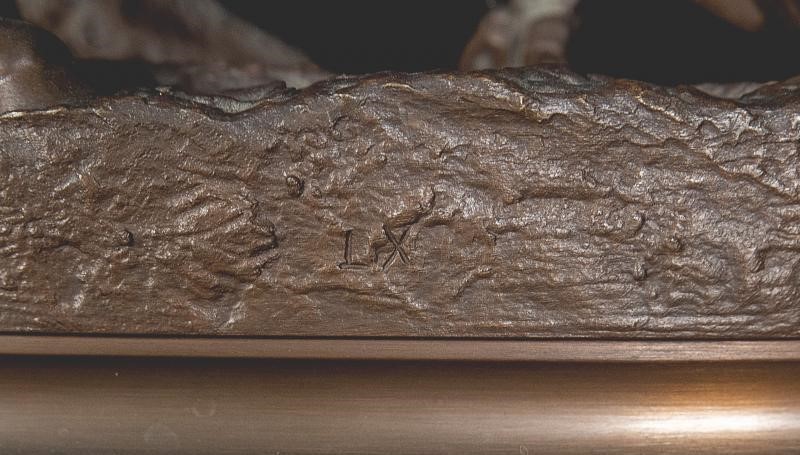 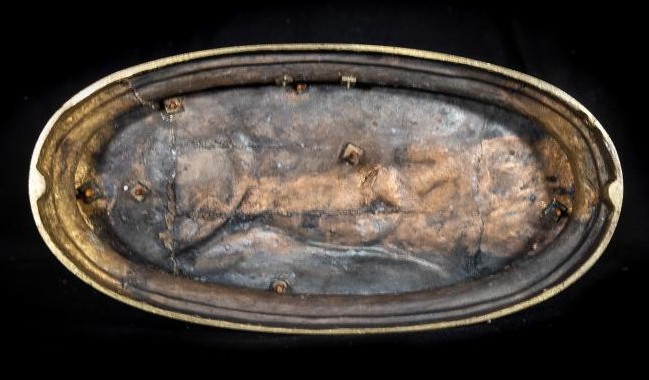 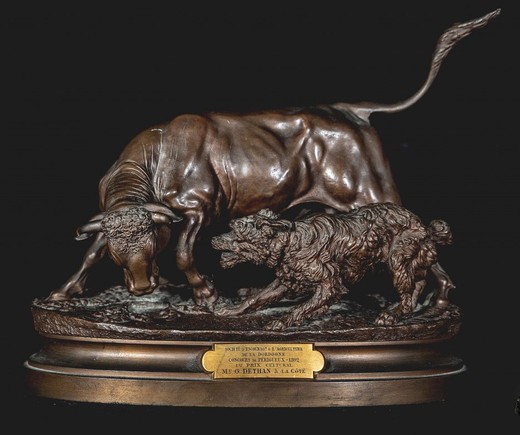 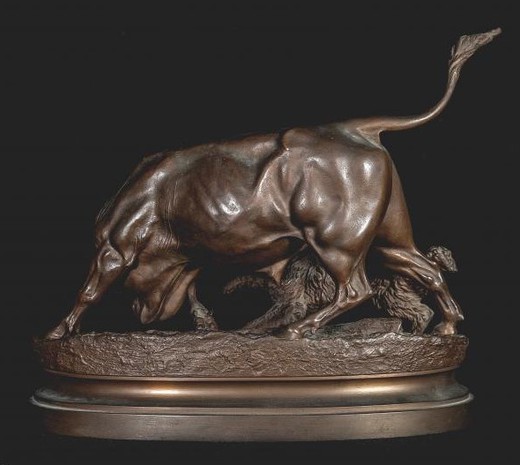 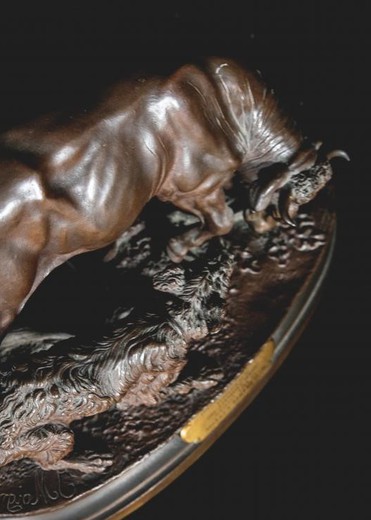 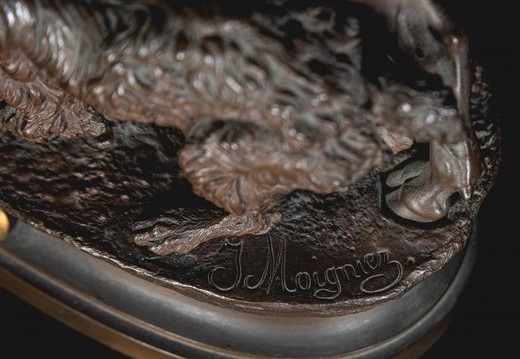 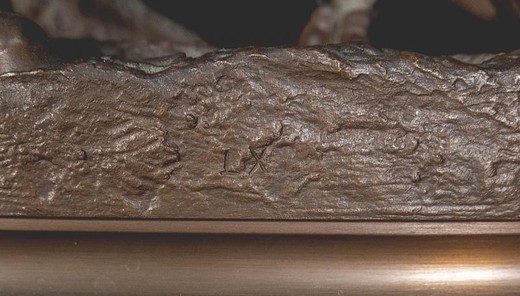 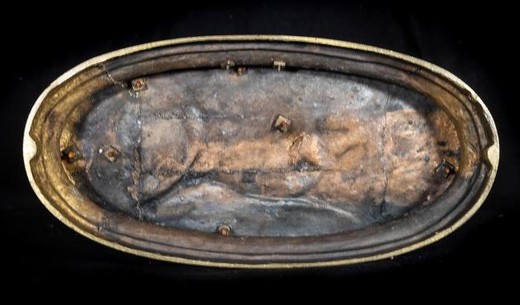 Pierre Jules Moignier is a French animal sculptor. For the first time his work was exhibited at the World Exhibition in 1855. The sculptor often participated in the Paris Salons from 1859 to 1892. Collectors will remember these unusual sculptures. Moignier's works were especially popular in the United States and Great Britain, now in these two countries more than half of his sculptural works are located.