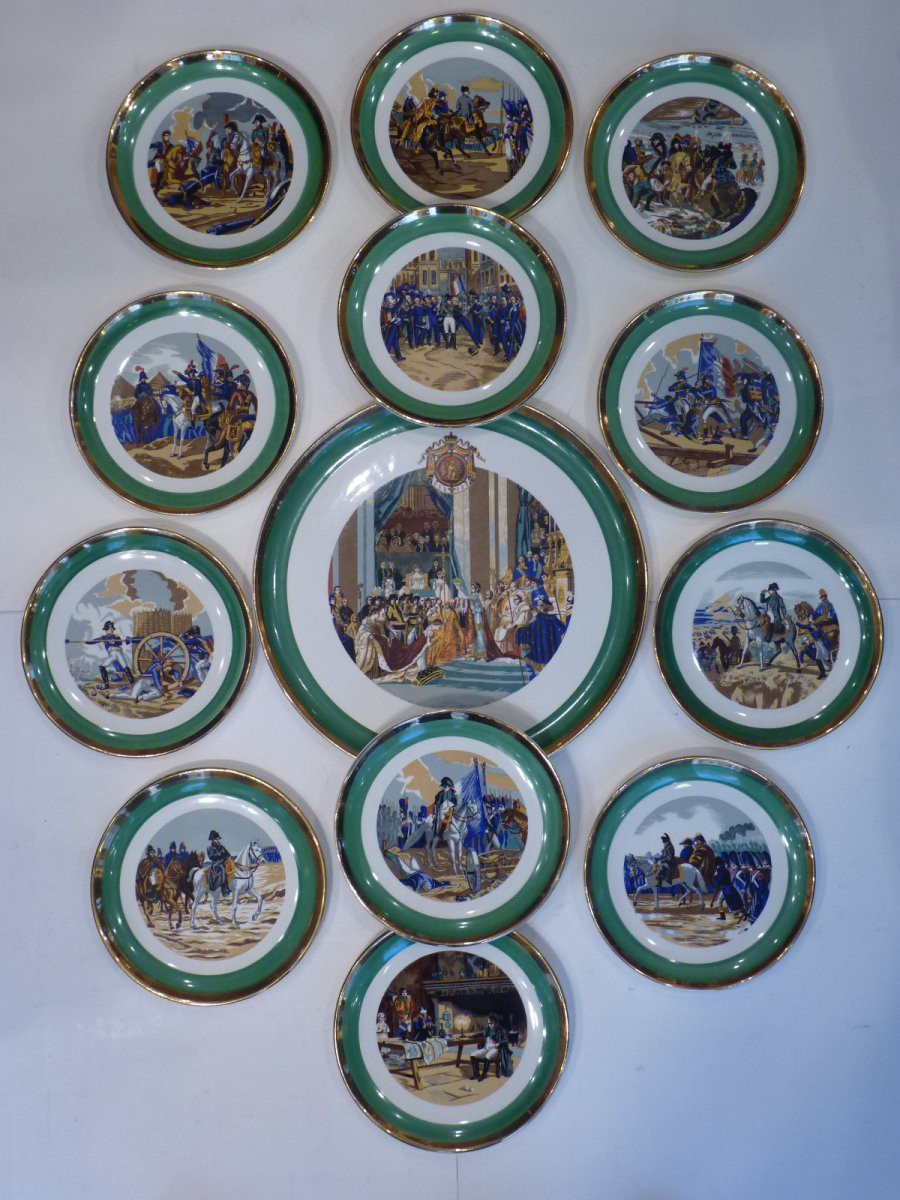 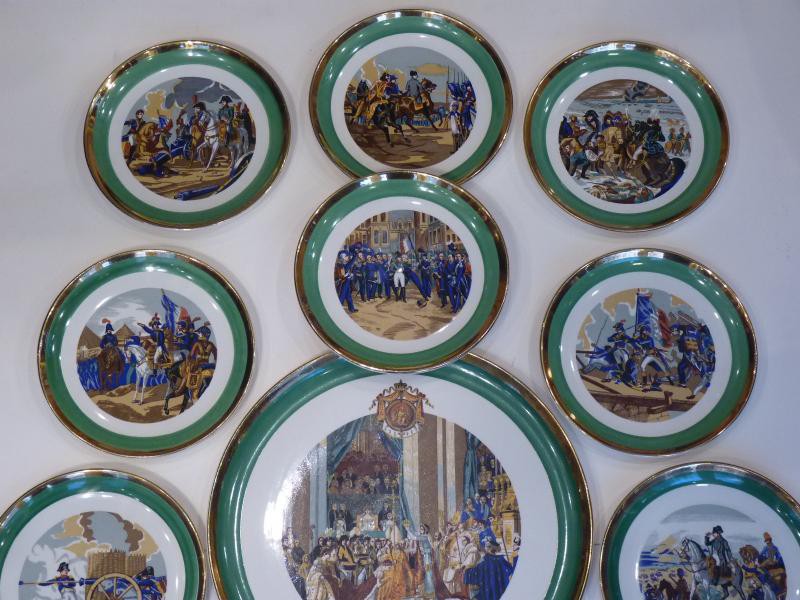 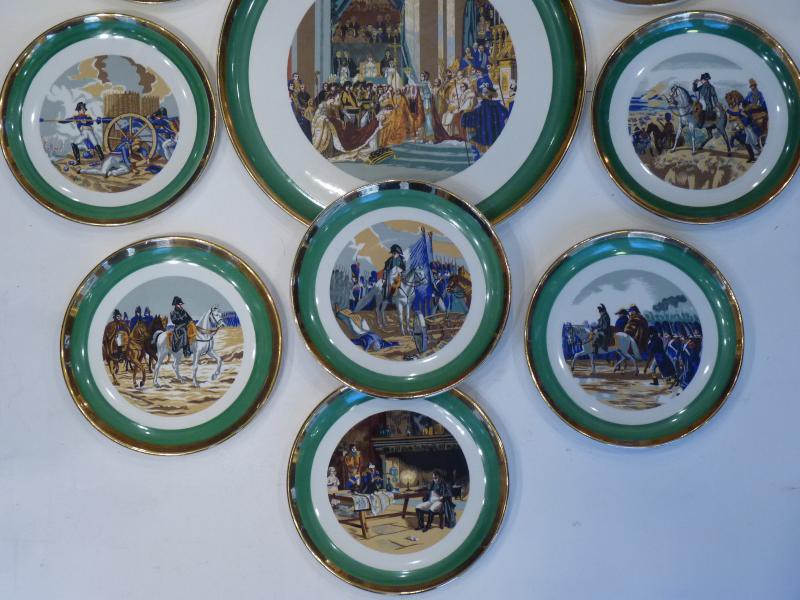 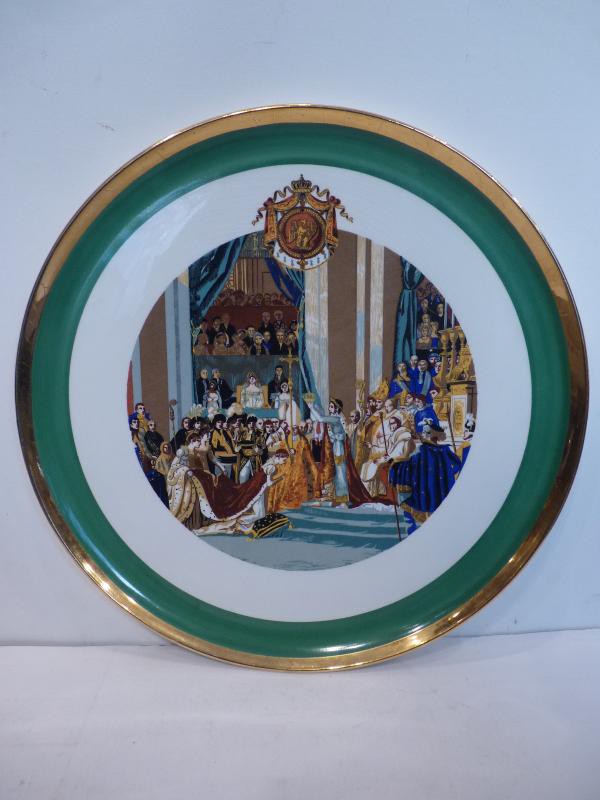 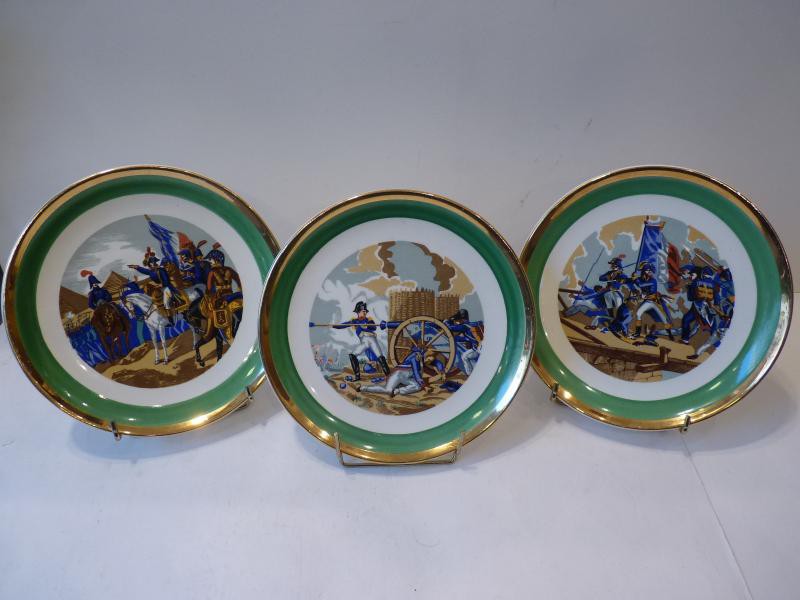 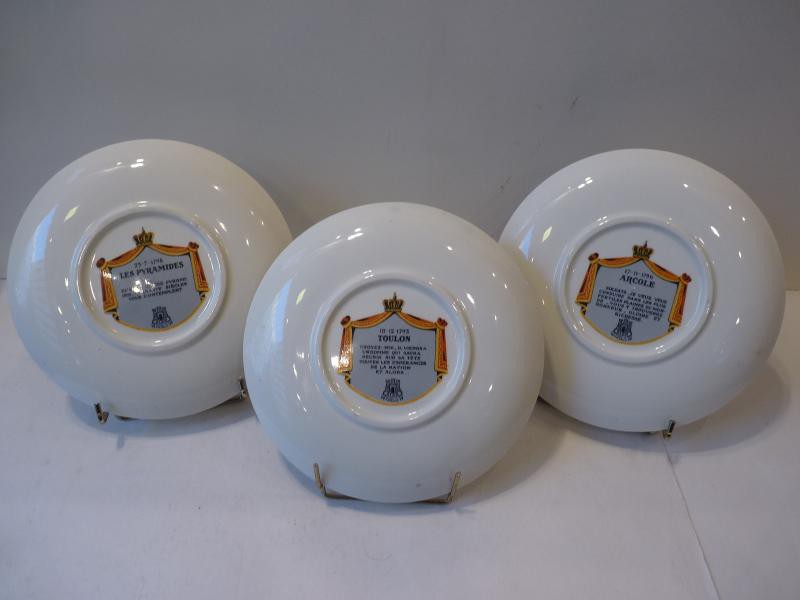 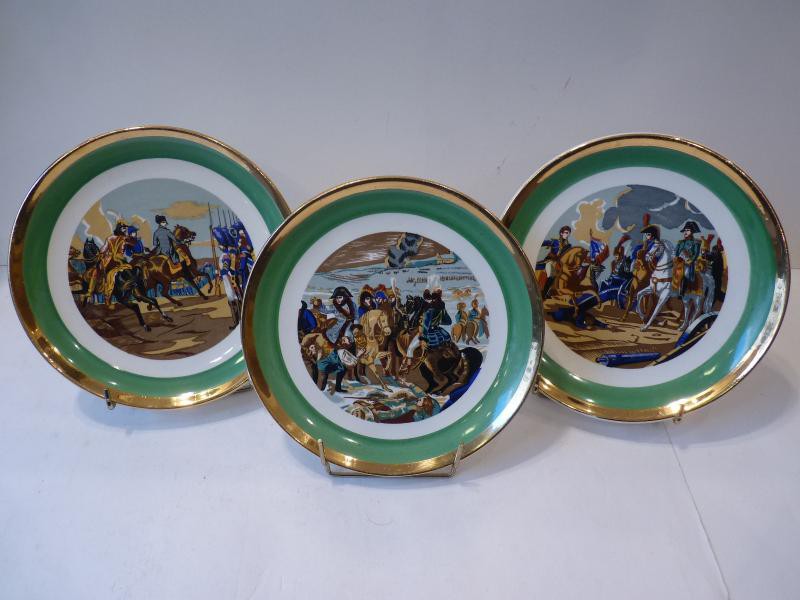 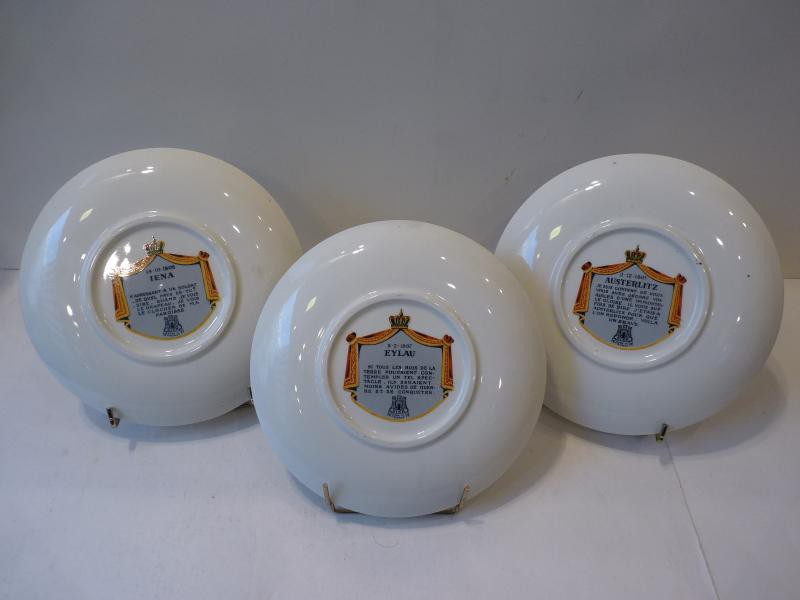 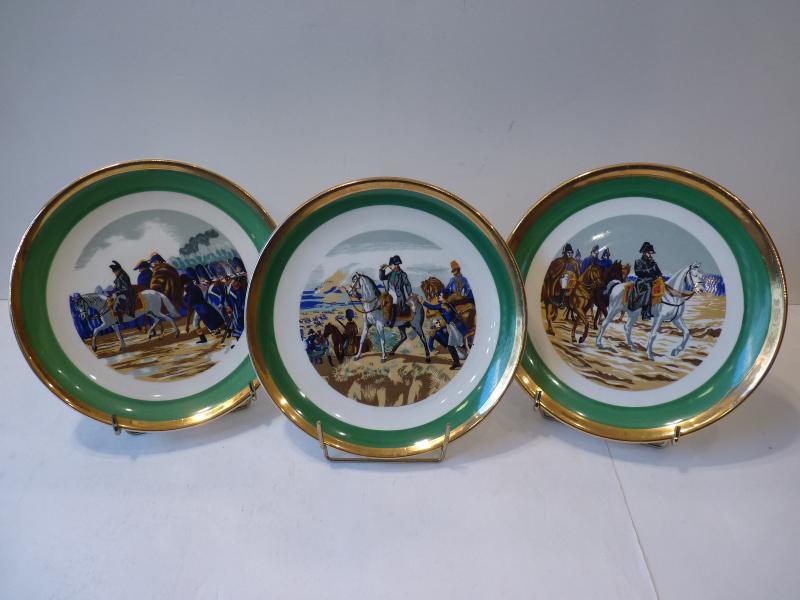 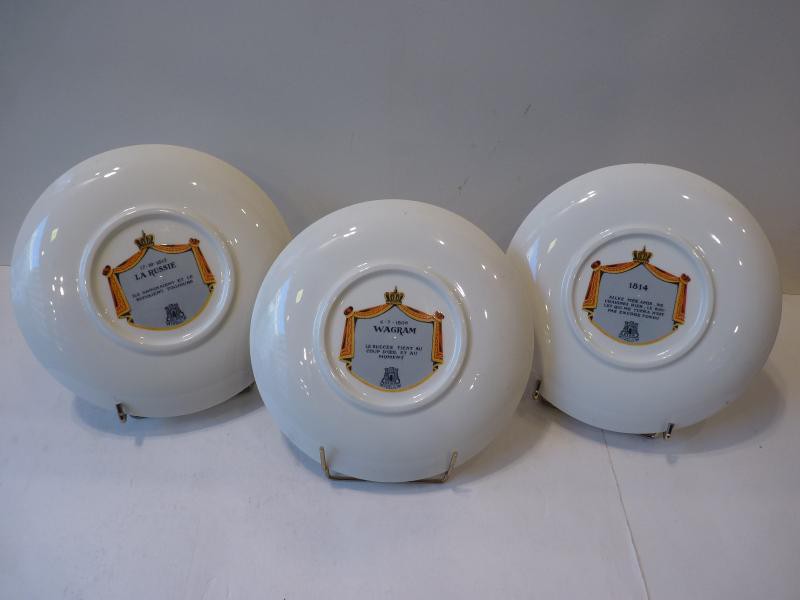 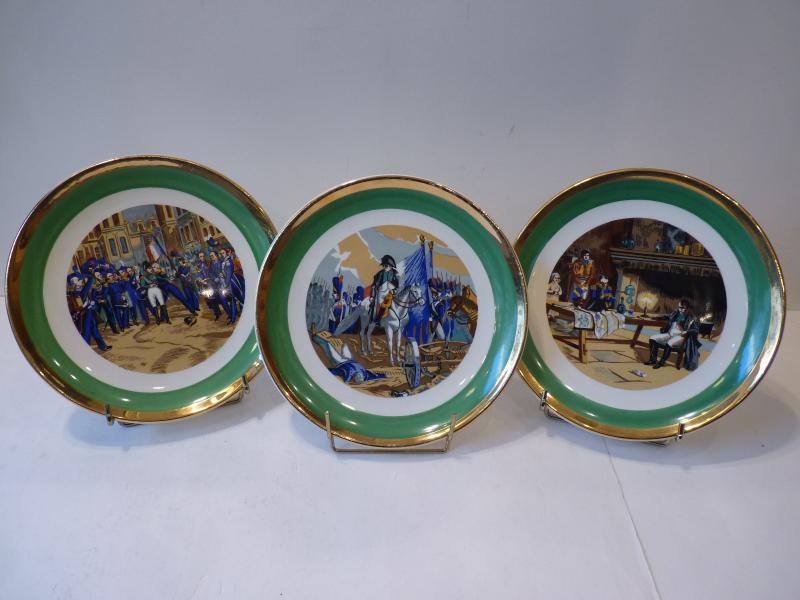 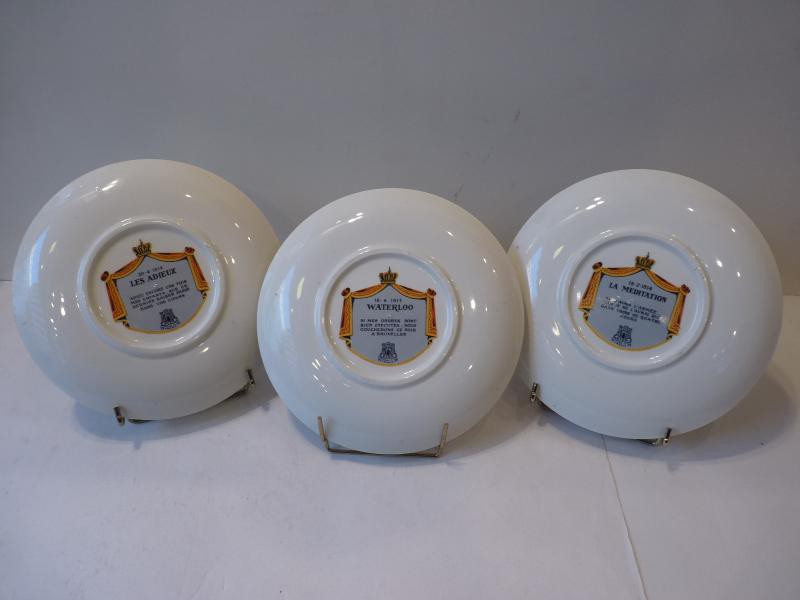 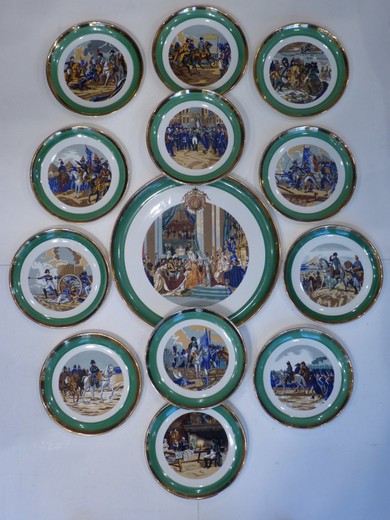 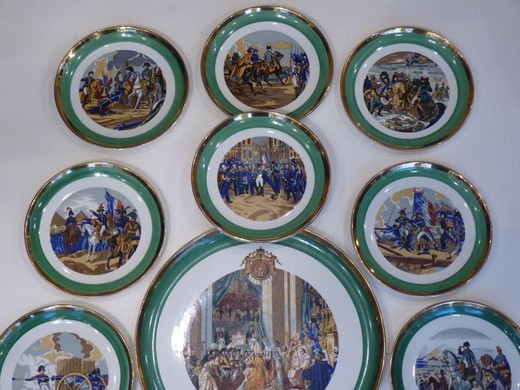 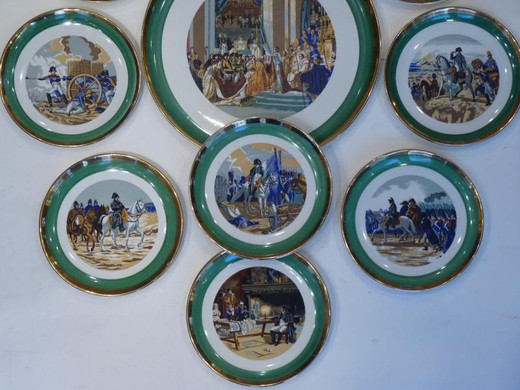 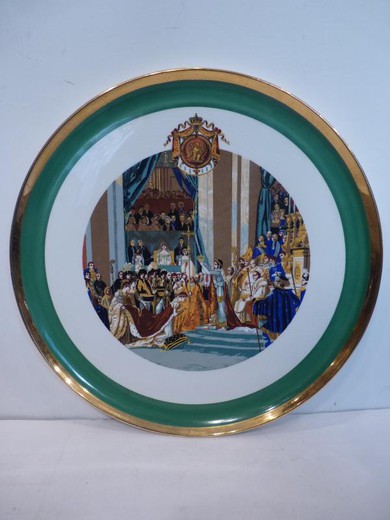 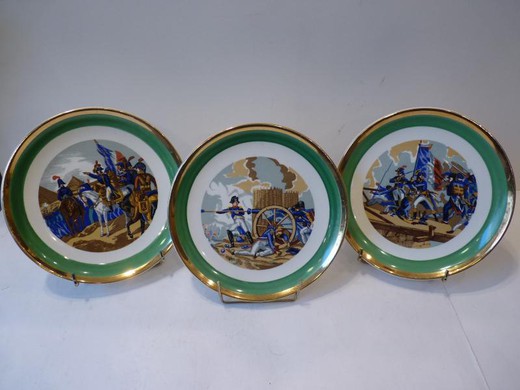 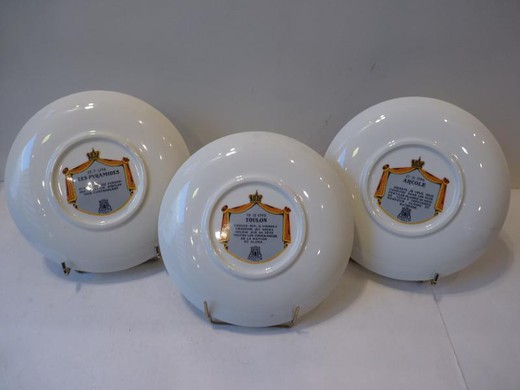 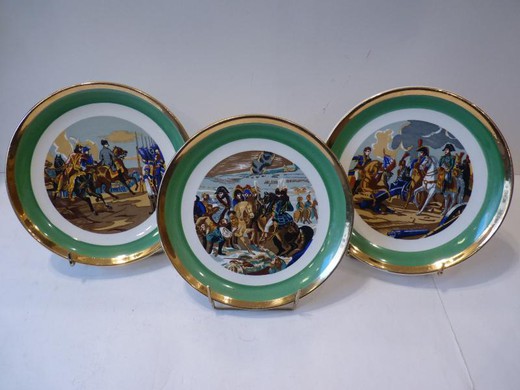 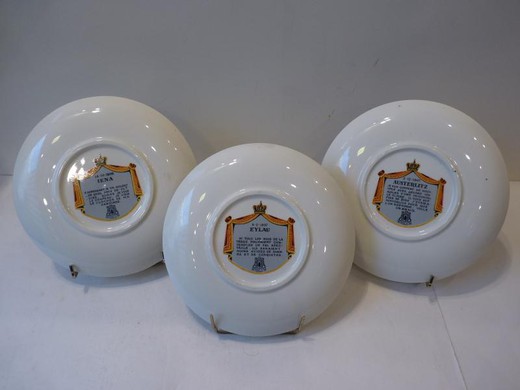 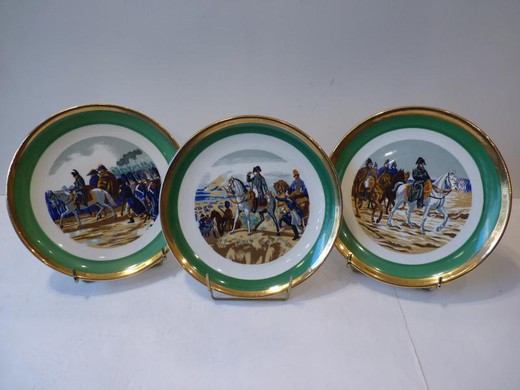 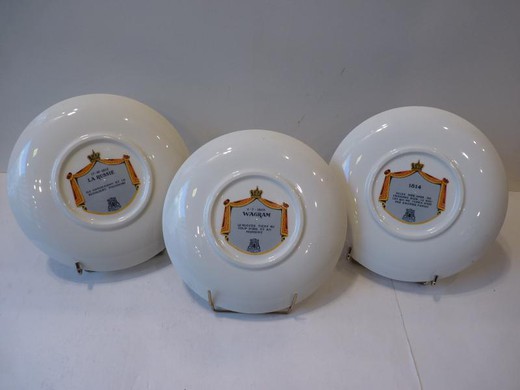 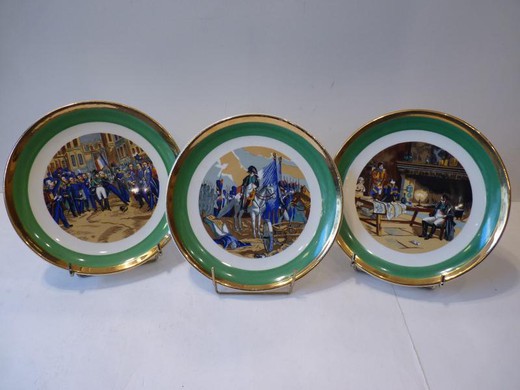 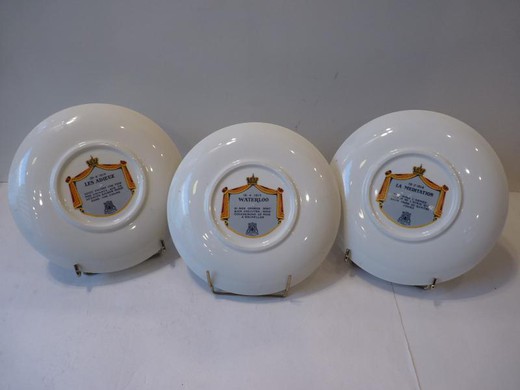 Dessert service for 12 persons. Made of faience, made at the French factory Gien. All items of the service depict scenes from the life of Napoleon Bonaparte, on the back of each item there is a manufacturer's mark, the name of the painting and its author. It is noteworthy that the complete set has survived, including a cake plate (it depicts a coronation scene copied from a painting by Jacques Louis David. France, circa 1950-60s.

The French factory Gien was founded in 1821 by Briton Thomas Hall. Since 1867, the products of the workshop have been exhibited at various exhibitions. Since the Gien products often depicted heraldic symbols, as well as the attributes of princely houses, the services made from this workshop were often presented to high-ranking officials and noble persons. Gien products can be seen in the Louvre and Versailles museums. By the way, the Gien plant itself is considered one of the enterprises of the "National Heritage of France".